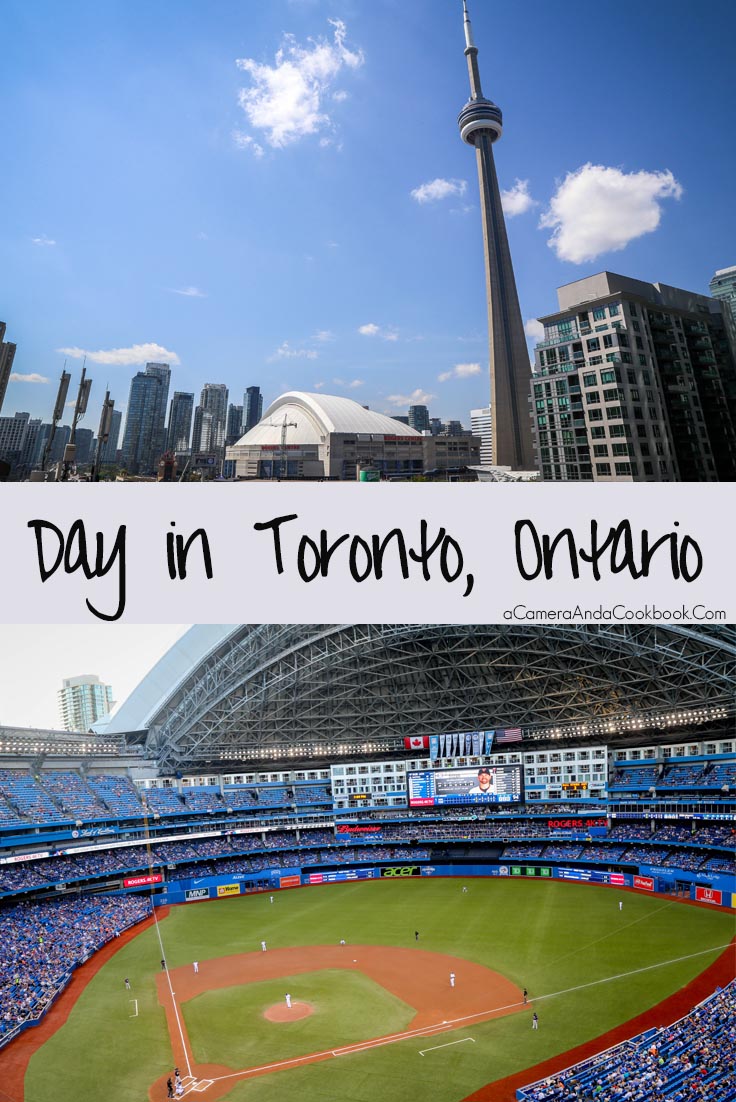 Today I’m continuing to talk about what we did on our Rochester, NY trip. This was our 3rd day. However, we got up ate breakfast at the hotel and drove about 3 hours across the border to Toronto, Ontario, Canada. 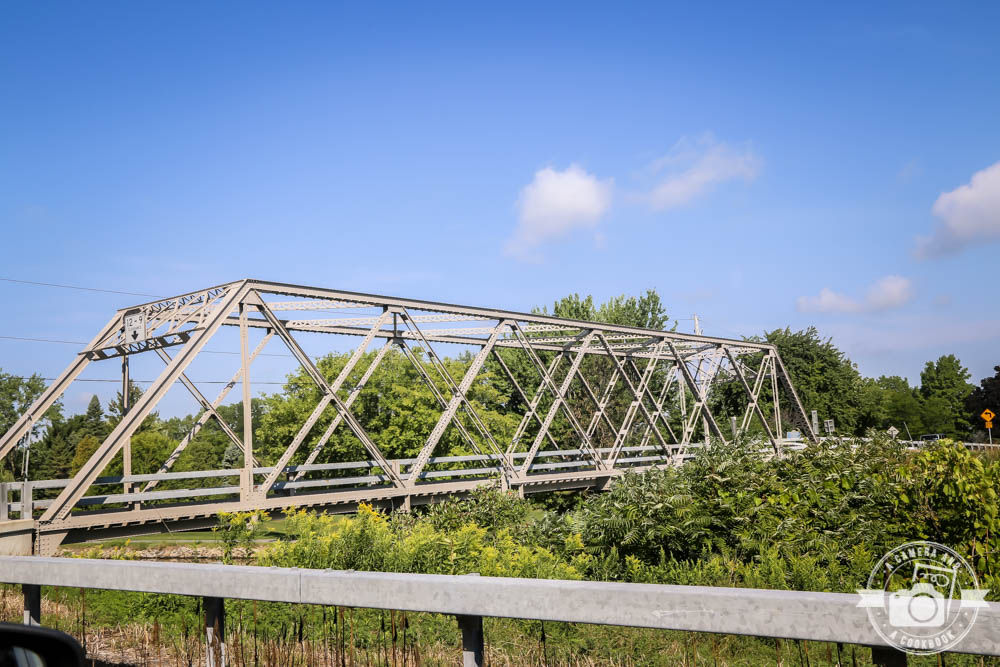 New York apples are so good! 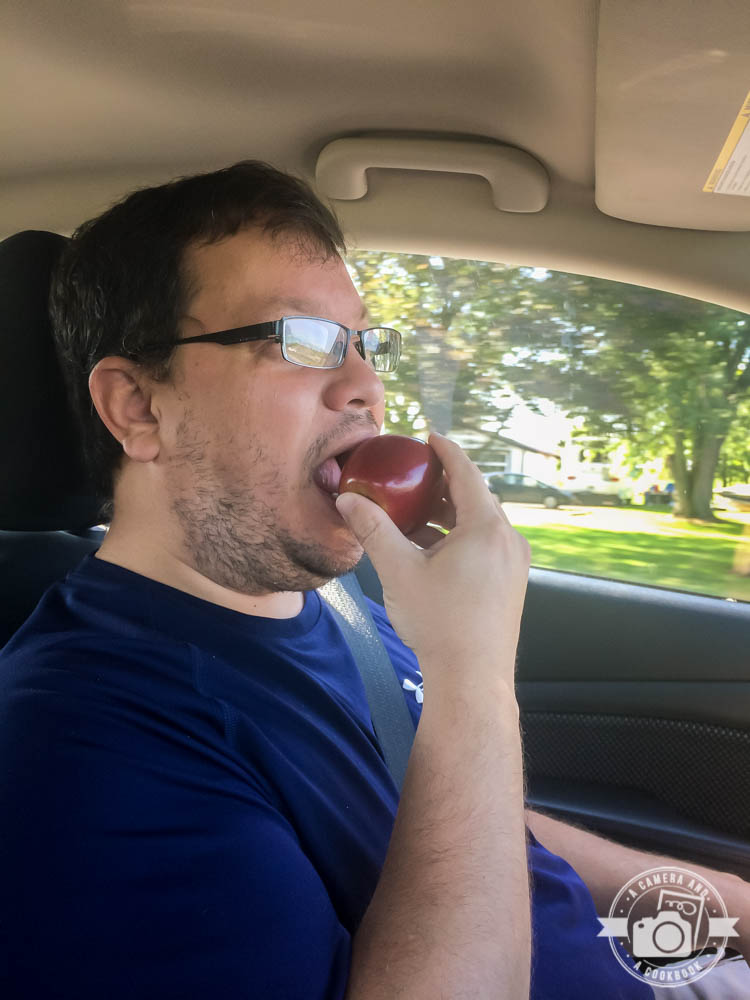 There was pretty long line to cross over the border at Queenston Bridge, but it moved decently fast. 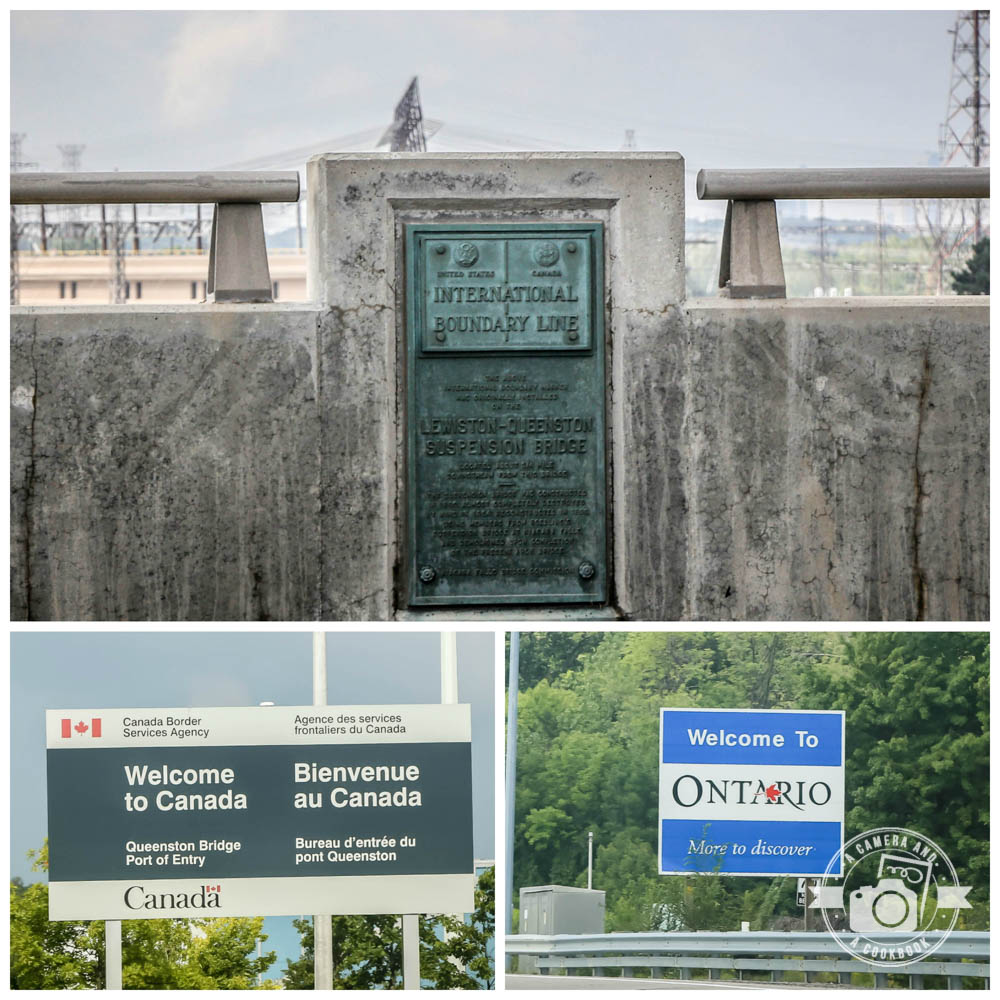 We were starting to get hungry and we saw the Lake House to maybe eat there. We ended up not going there, but did see this guy on a water jetpack in Lake Ontario, which was pretty cool to watch. 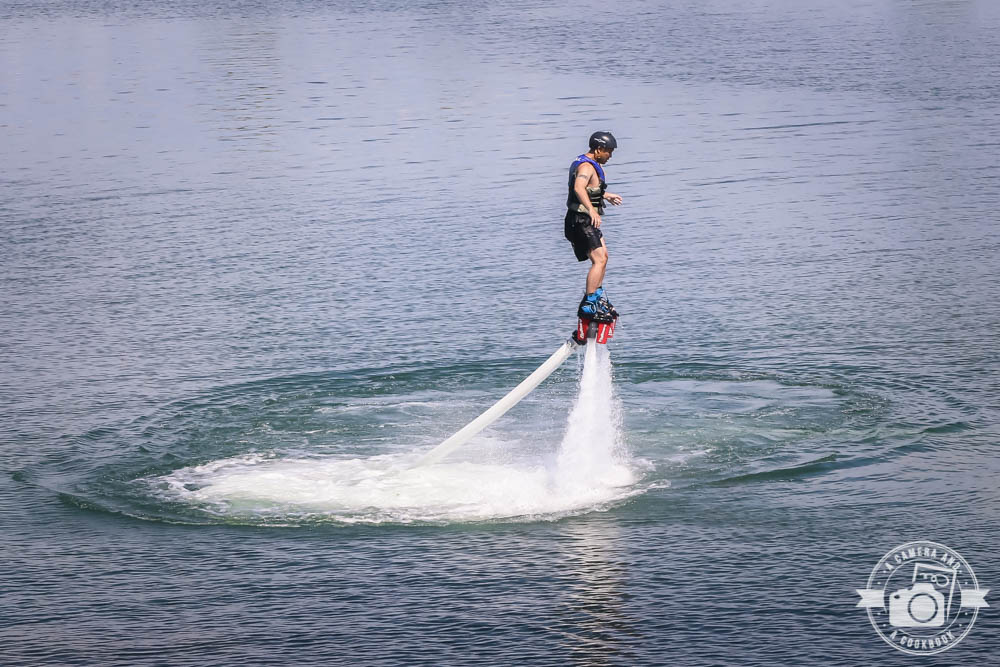 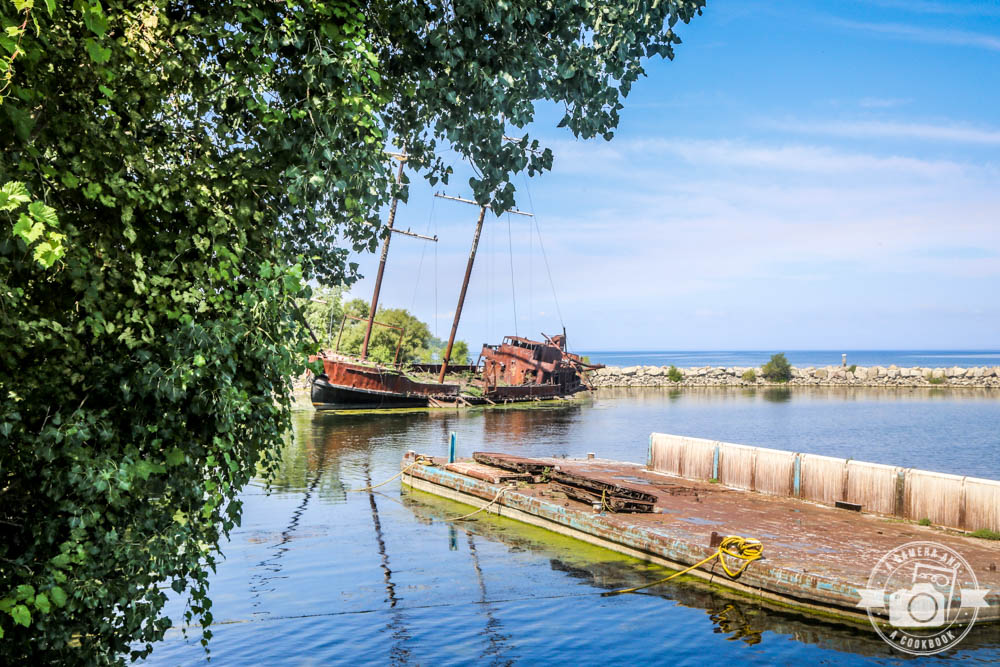 We ended up stopping at a fast food place they have in Canada that we don’t have in the US called Tim Horton’s. 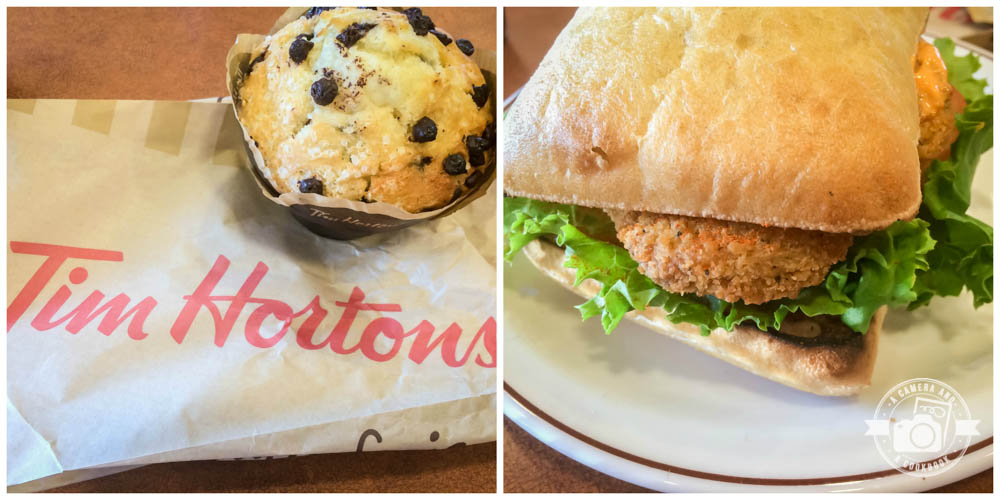 From there we headed on to our condo that we rented for the night located just a short walk from Rogers Centre and the CN Tower (which is the tower in the picture below). 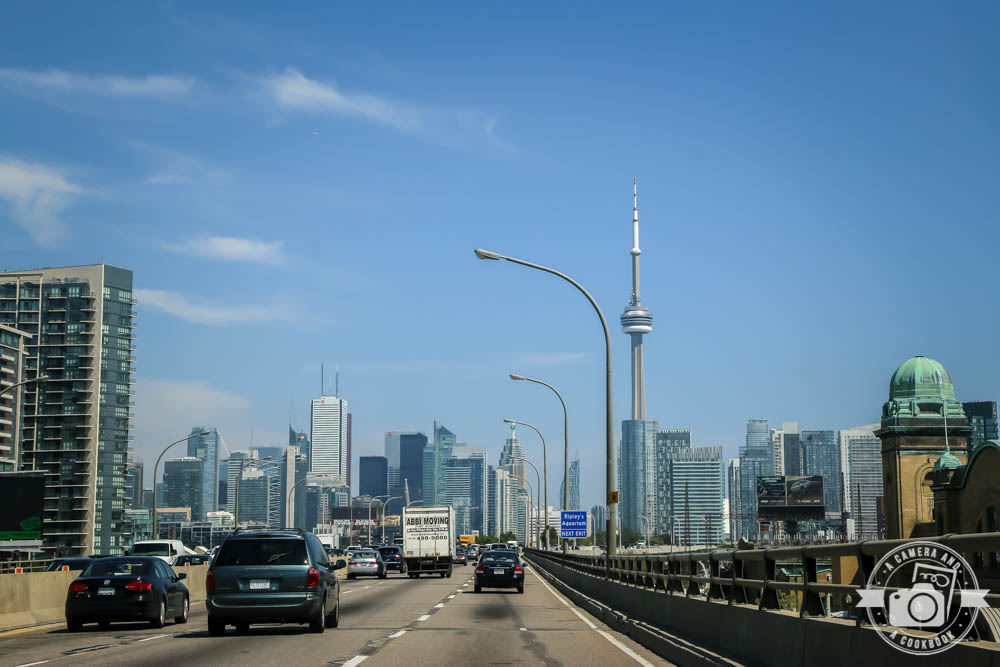 This was the view from where we parked for the night. 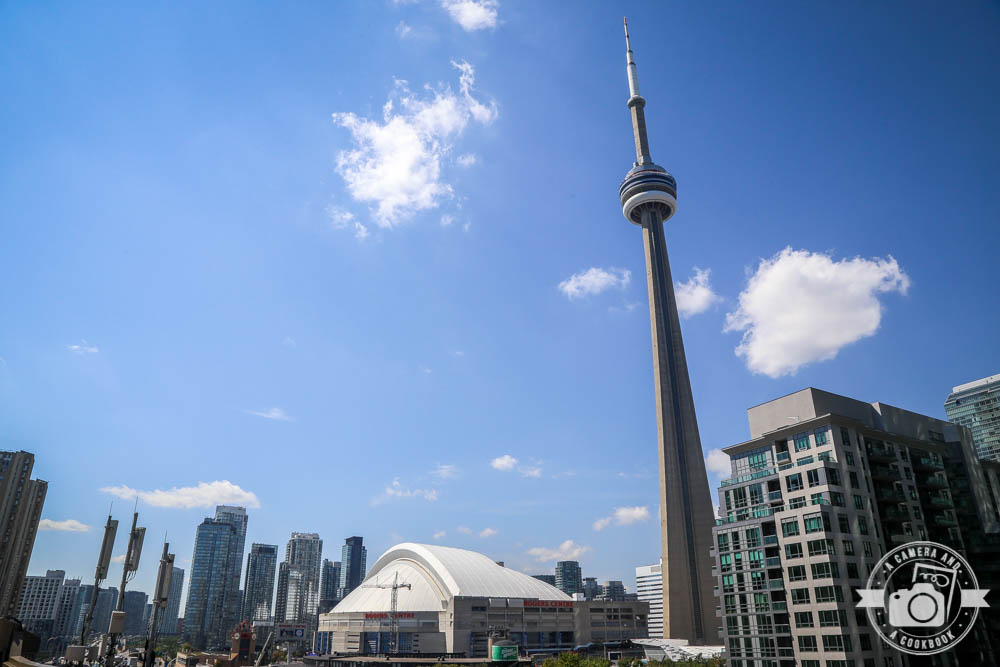 Here’s the one and only pic from inside the condo. 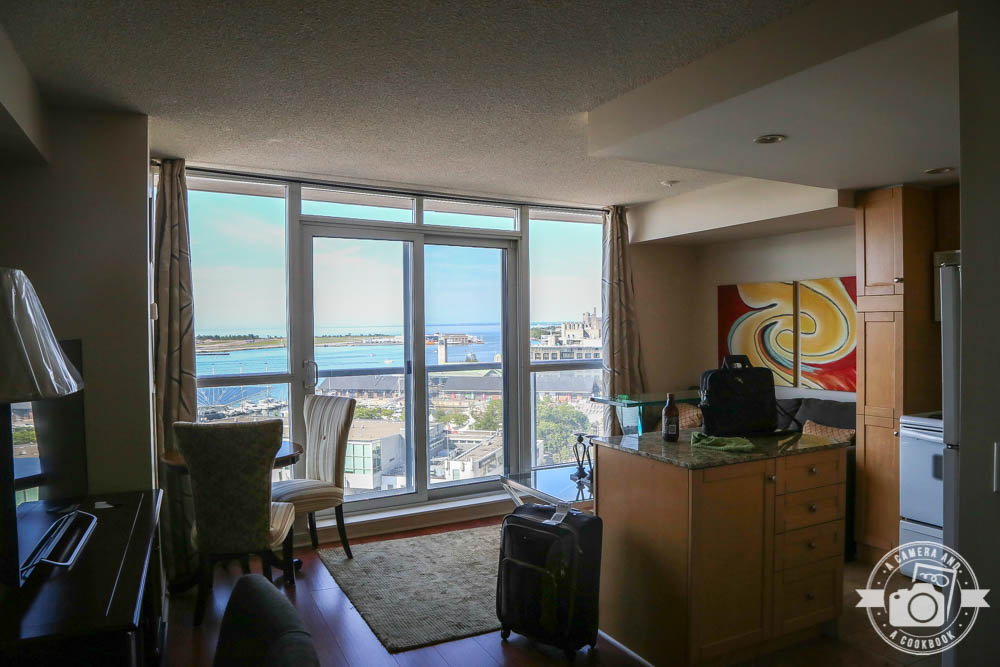 This was the view from our condo. 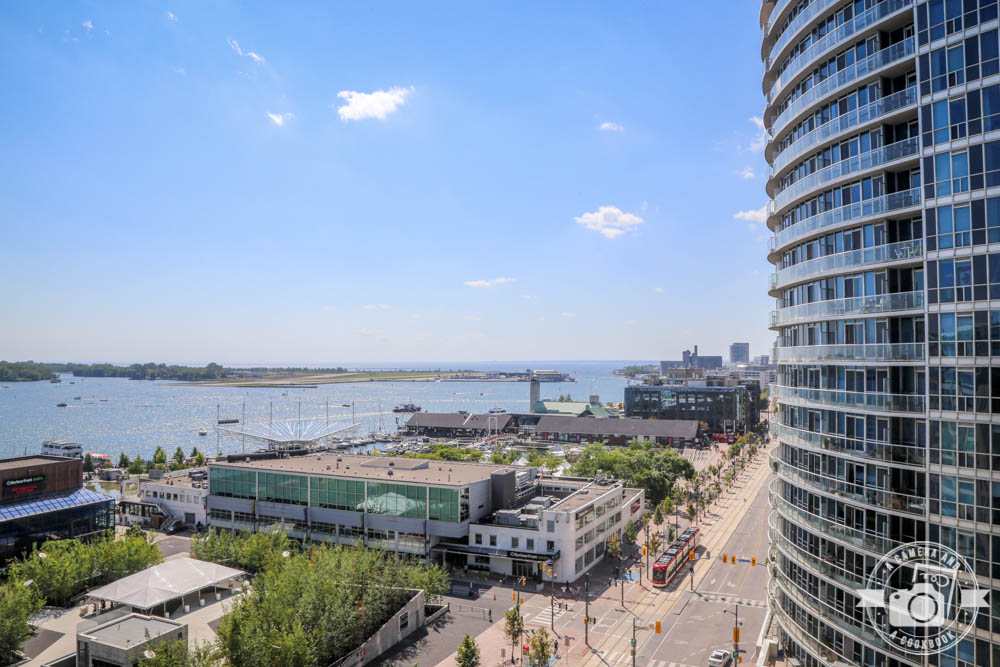 After settling in we walked over to the CN Tower. We had tickets for that day, which at the time just meant you could go any time that day and since we wanted to have time to eat dinner before going to the Blue Jays game we thought we better get in line. 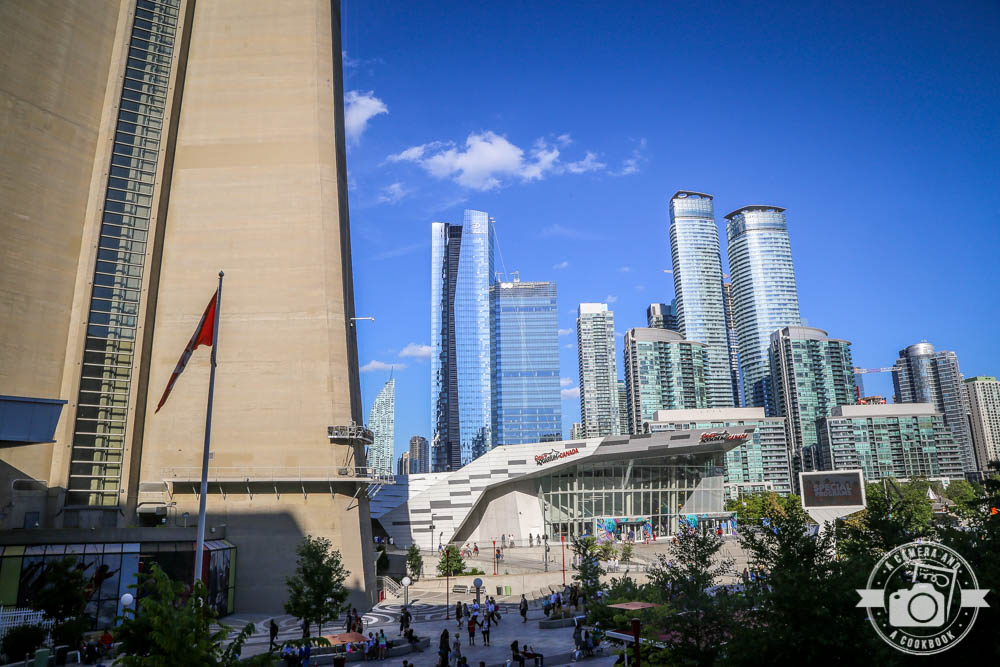 Here it is close up and as I’ve gotten older, I’ve gotten scared of heights, so yeah, I was a bit nervous. 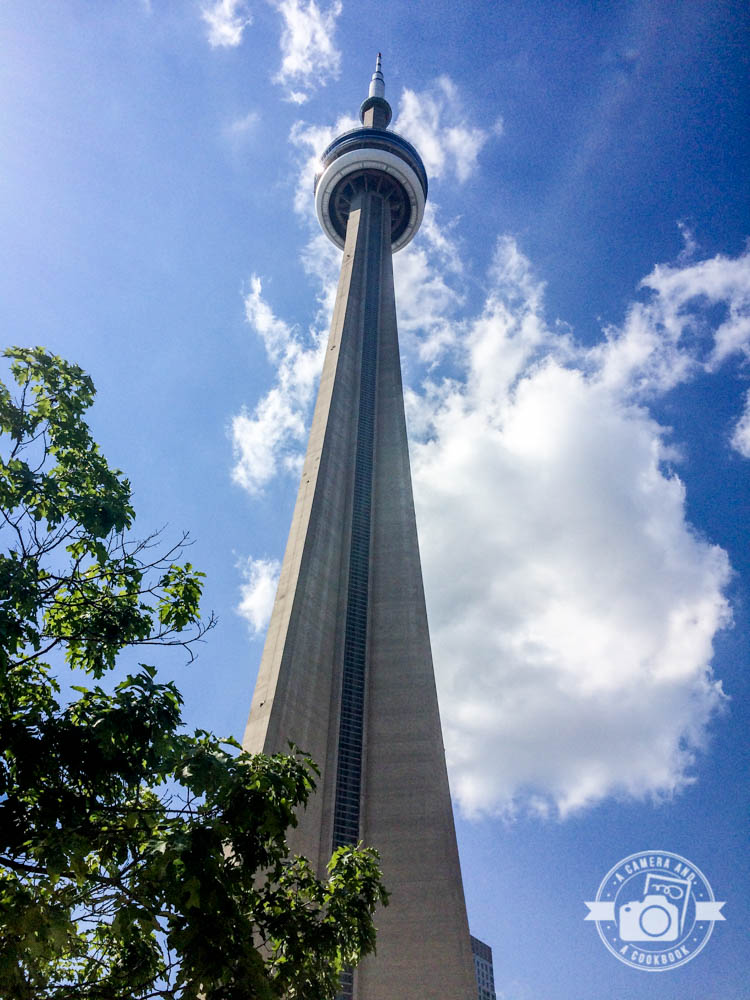 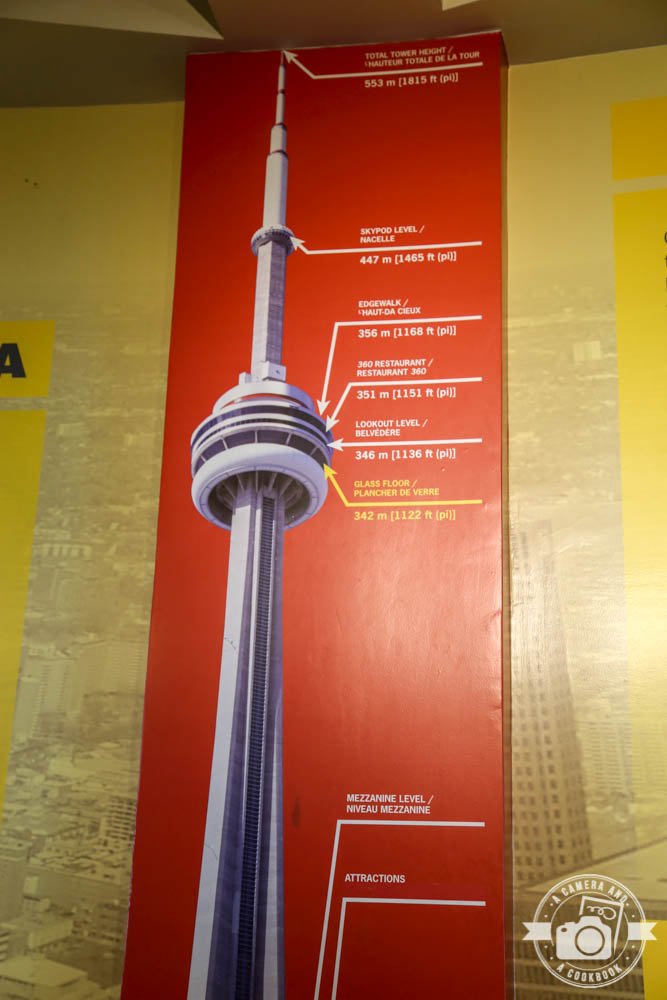 There was quite a long line, but it moved fast and I don’t think we waited more than an hour. Here’s some views. We could see right down into Rogers Centre, where we would later be that night. 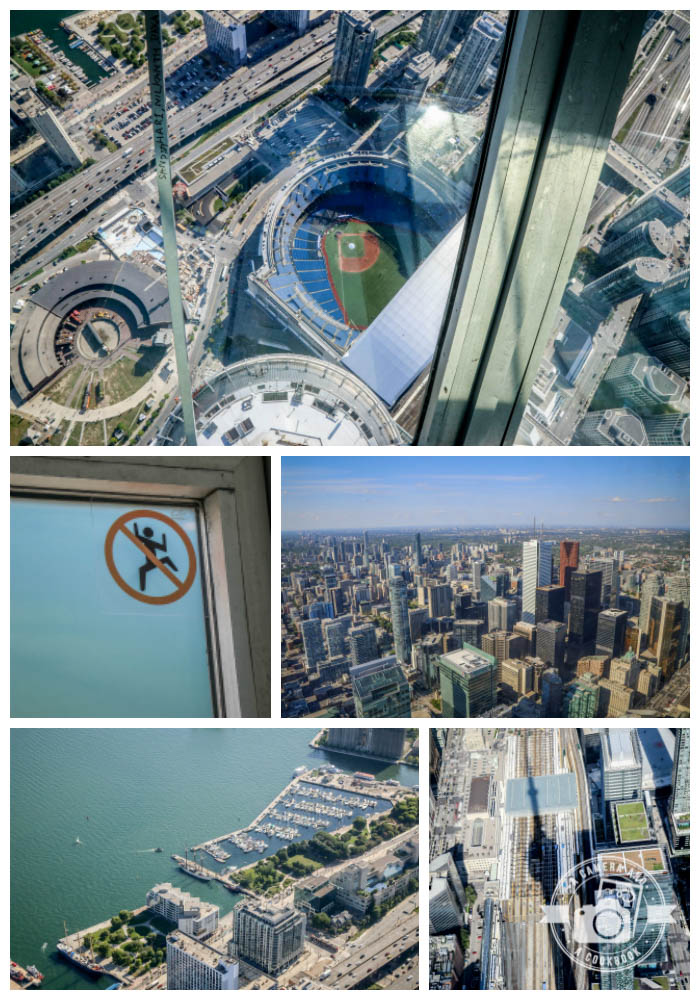 The people in the red suits are the customers who paid to do the edge walk. NOT ME! 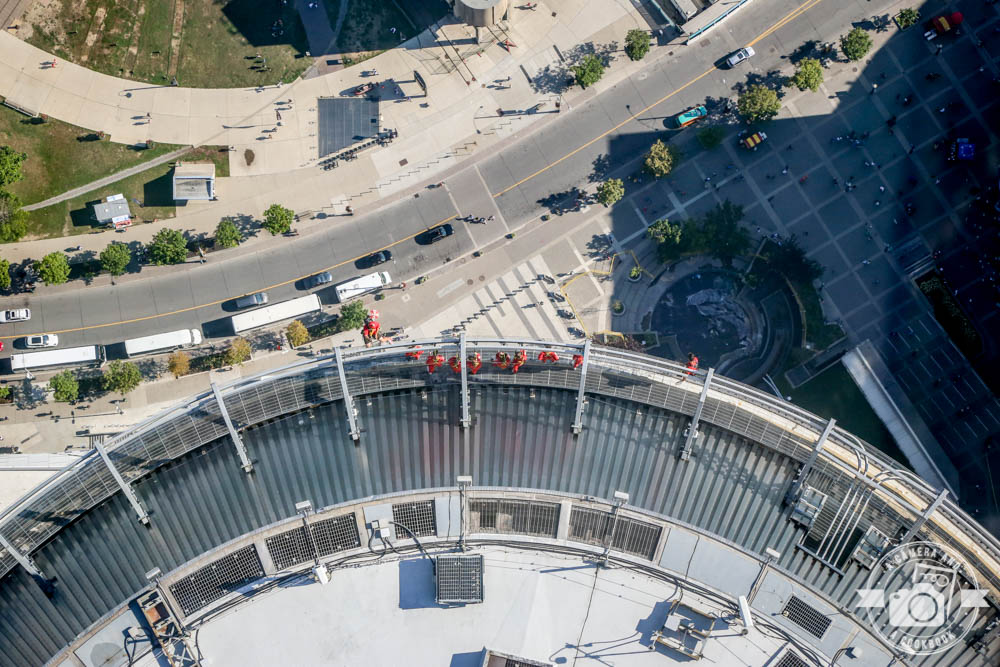 Here we stand on the glass floor. A little bit scary! 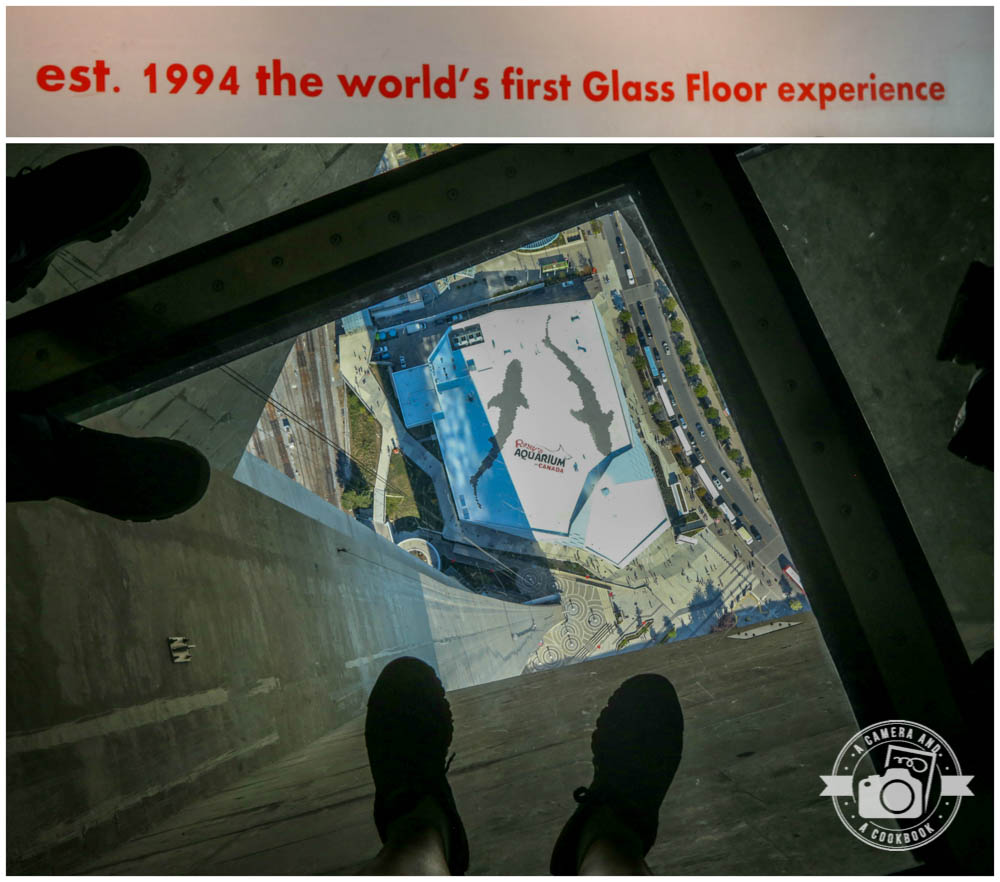 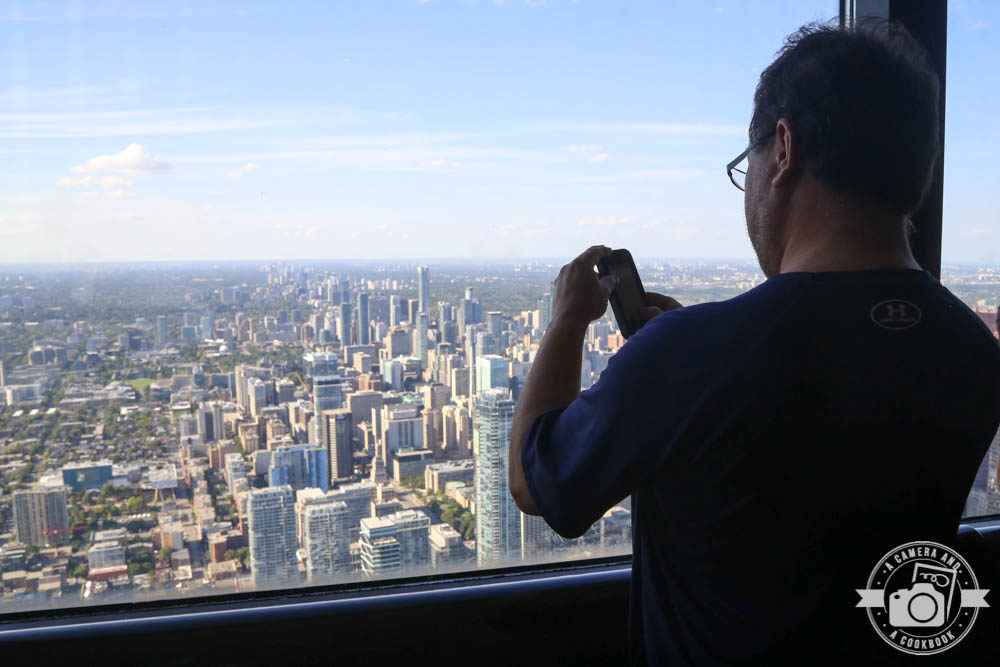 The elevator going up is glass, but we were packed in their like sardines. I couldn’t really see outside, but regardless I just closed my eyes until we stopped moving. 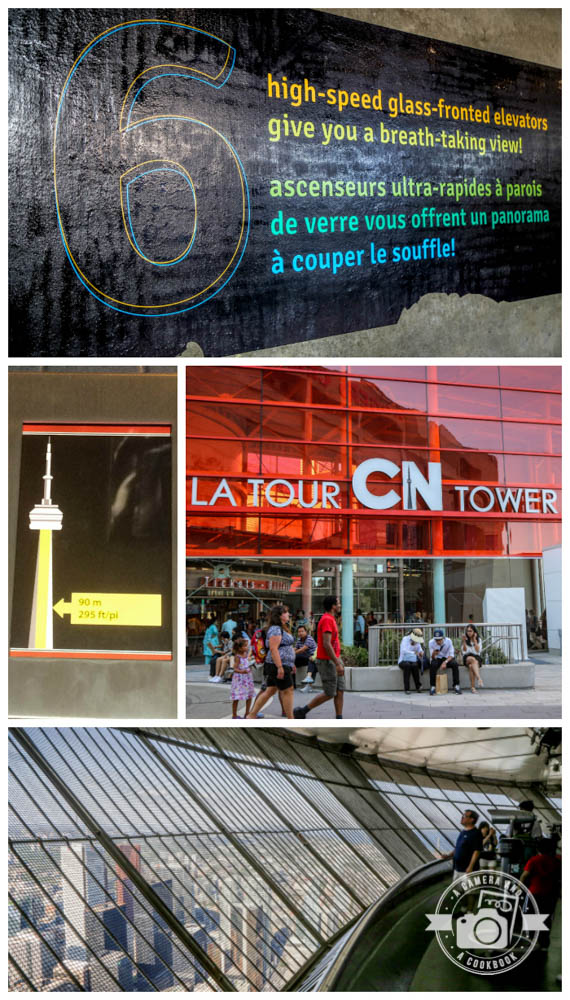 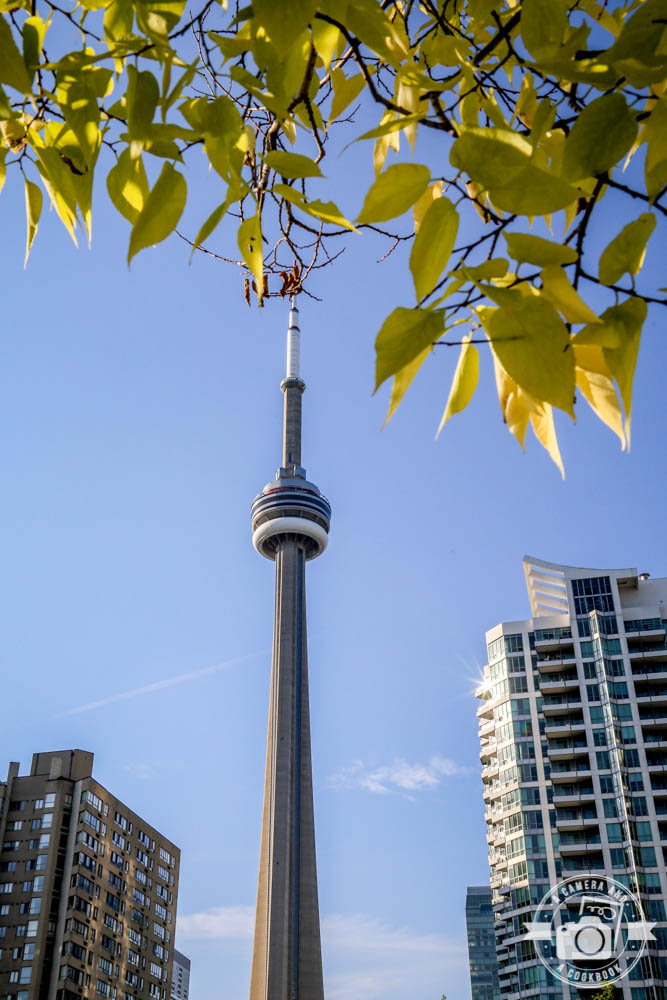 The last thing on our agenda for the day was dinner and then off to the Blue Jays game. Here we are at Rogers Centre where they play. 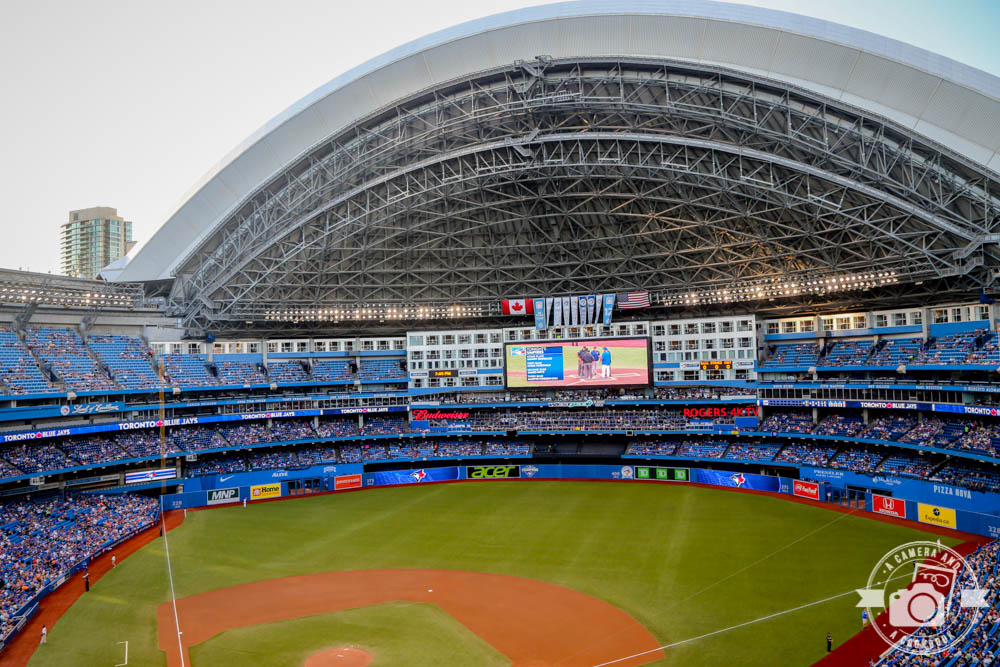 We were excited to watch an Auburn University Alum, Josh Donaldson play. He hit a homerun that night! Fun game. The seats are super tight and not comfortable when you have a very large person sitting next to you. 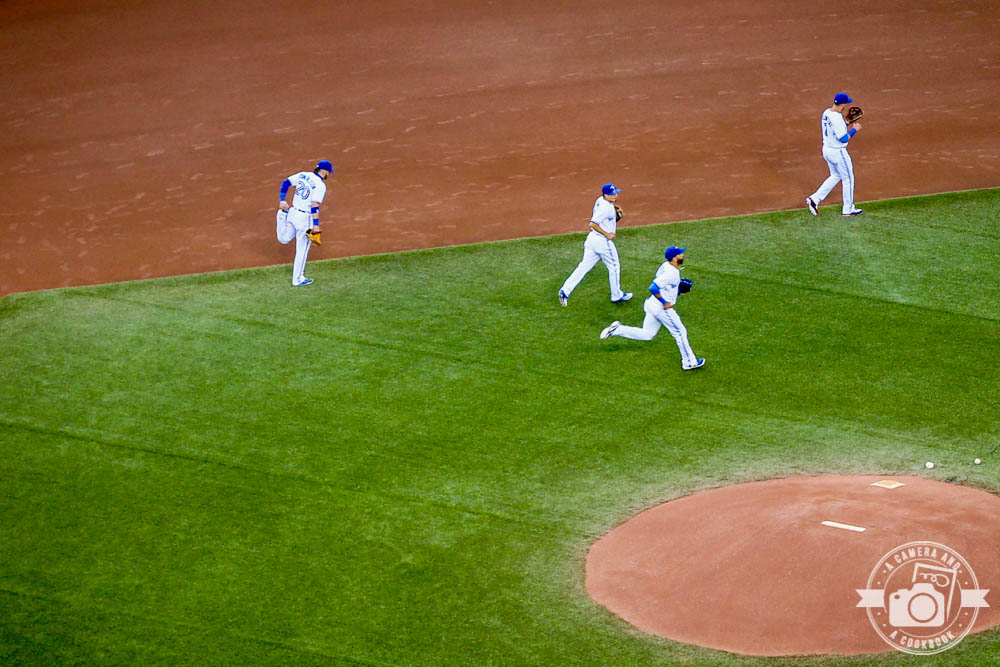 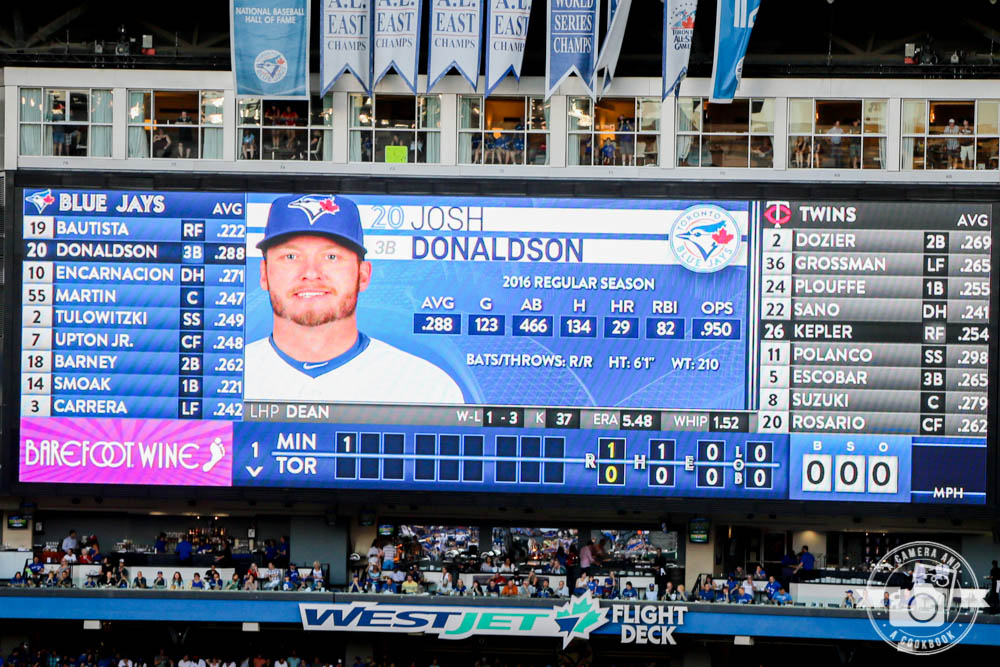 There’s the CN tower from the opened roof of the Rogers Centre. 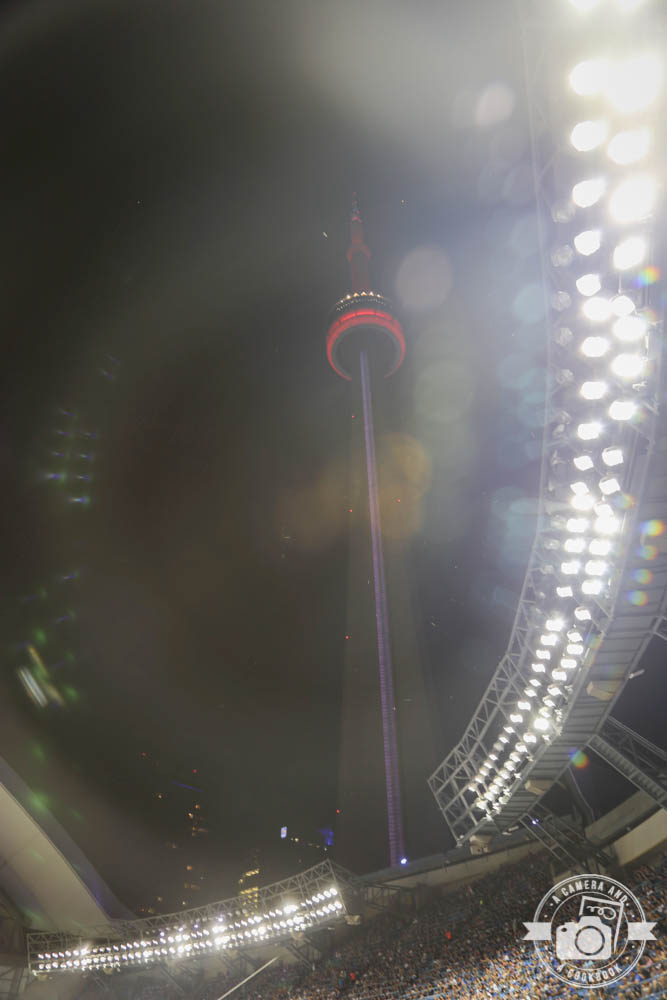 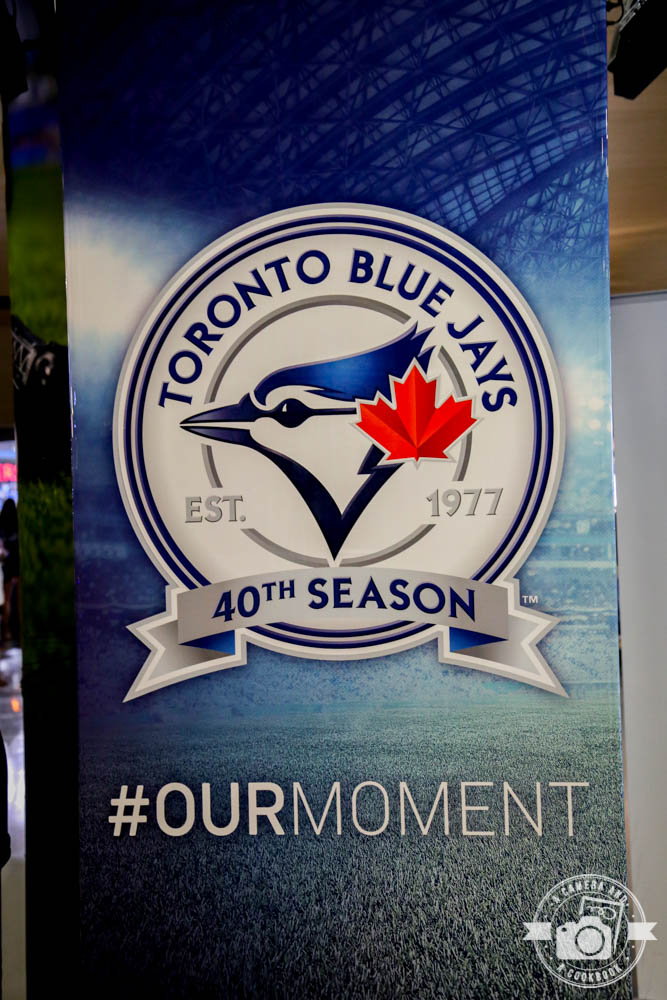 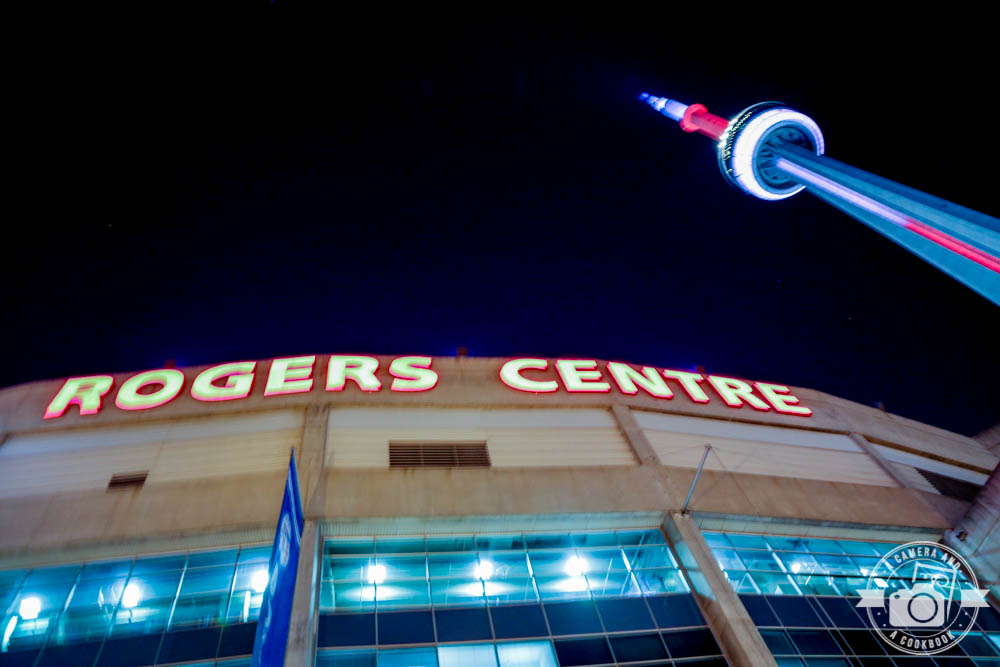 Stay tuned for next travel post when we go to Niagra Falls!