This is the last Omaha post! In this post, we woke up in Mount Vernon, IL and made our way home.

About 25 miles south of Mount Vernon on I-57 in Benton, IL we passed this
George Harrison Commemorative Mural, which I had read about on Atlas Obscura. I just snapped this from the highway, but you can pull off to get a picture in front of it. 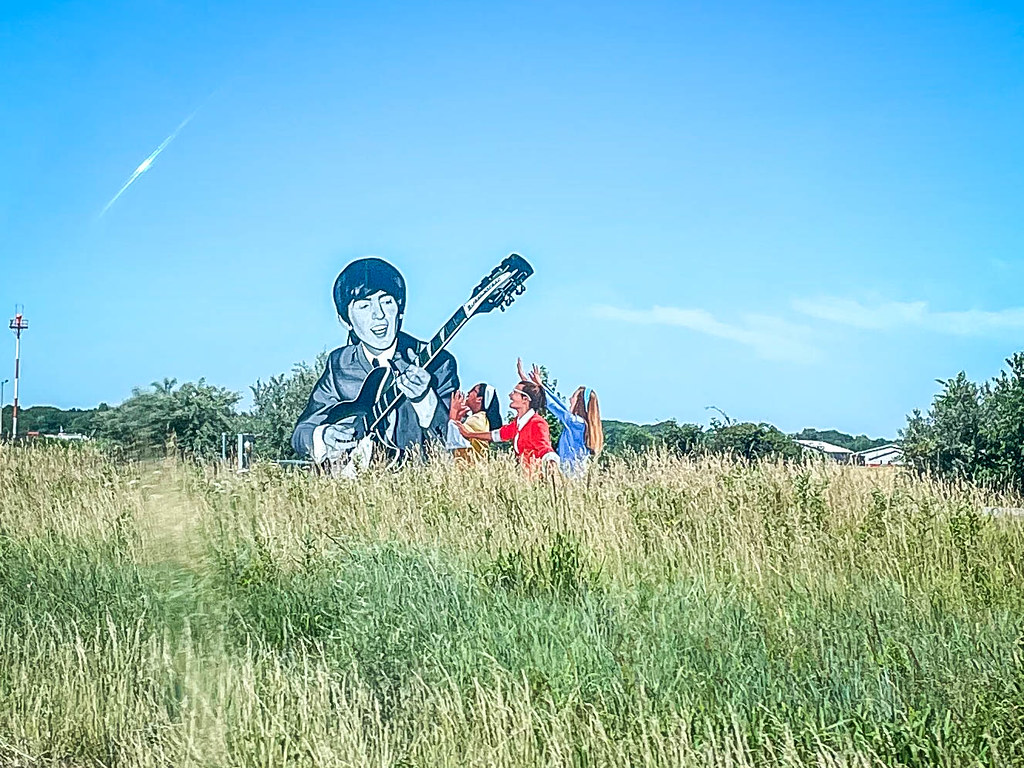 Our first stop was in Land Between the Lakes. which is located in Kentucky and Tennessee between Lake Barkley and Kentucky Lake. This was designated a U.S. national recreation area in 1963 by President John F. Kennedy.

We were particularly interested in the Elk & Bison Prairie. Elk and bison roam free within this 700-acre enclosure. Visitors can pay $5 per car to explore the tallgrass prairie habitat by driving (an enclosed vehicle) on the 3.5-mile paved loop road. We saw elk, bison, wild turkey, and beautiful flora. 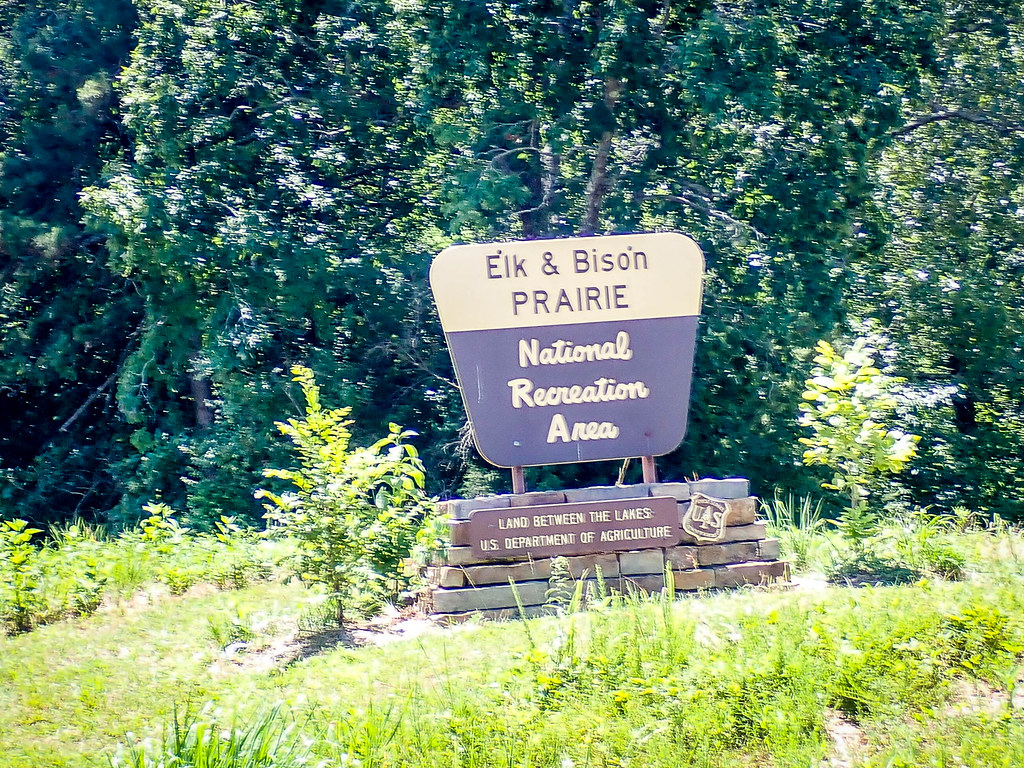 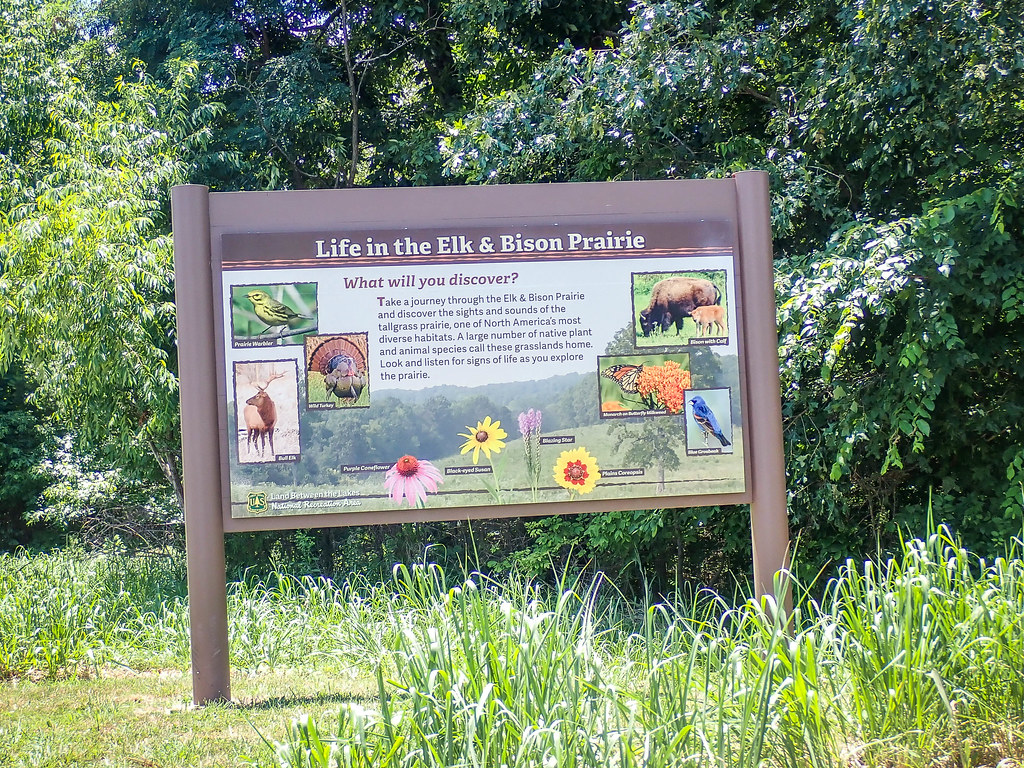 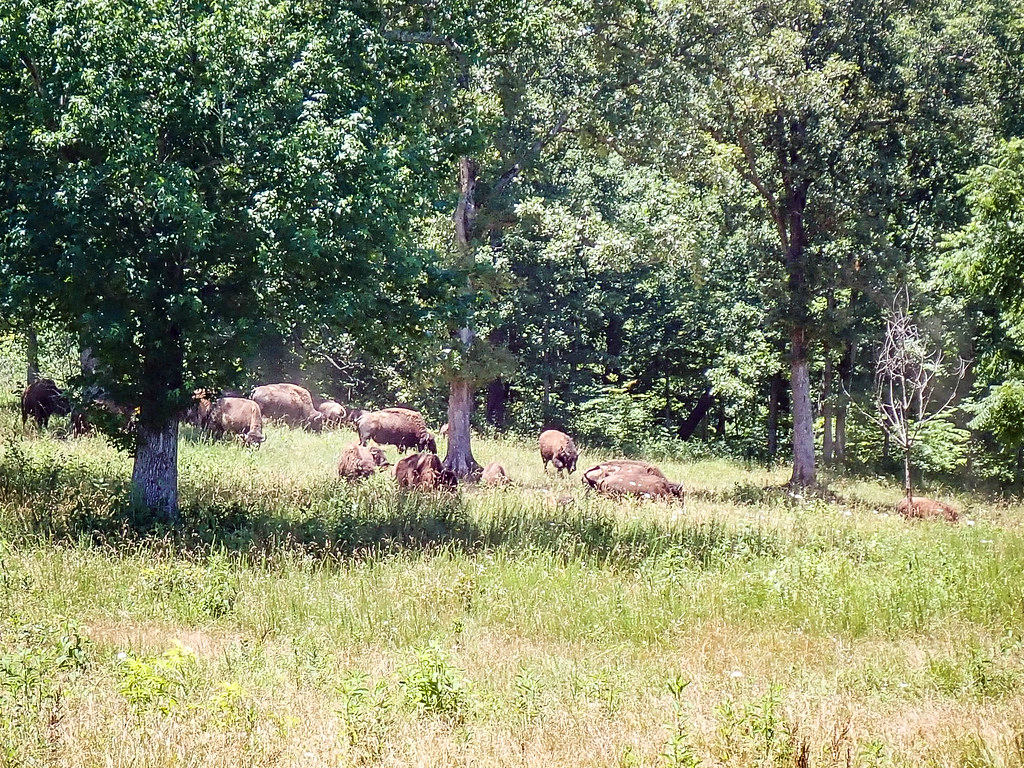 We were total road warriors that day trying to get home at decent hour, but our next stop was in Nashville, TN. Rob and I have been there before, but haven’t been to the actual capitol building. We endeavor to see all the state capitols.

We were there late afternoon and it was pretty traffic-y and we were having a hard time finding parking, so we about gave up. Just when you quit looking, it often when you’ll find a parking spot and that’s what happened to us.

As we walked over to the capitol we stopped at this impressive spot, the War Memorial Auditorium. 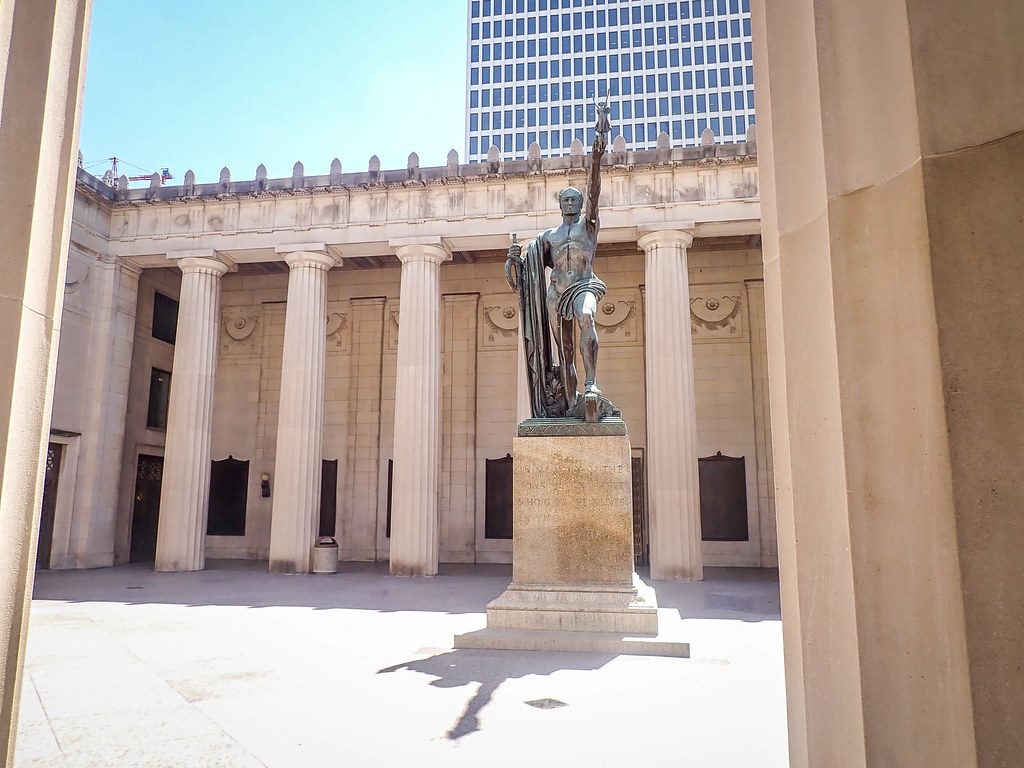 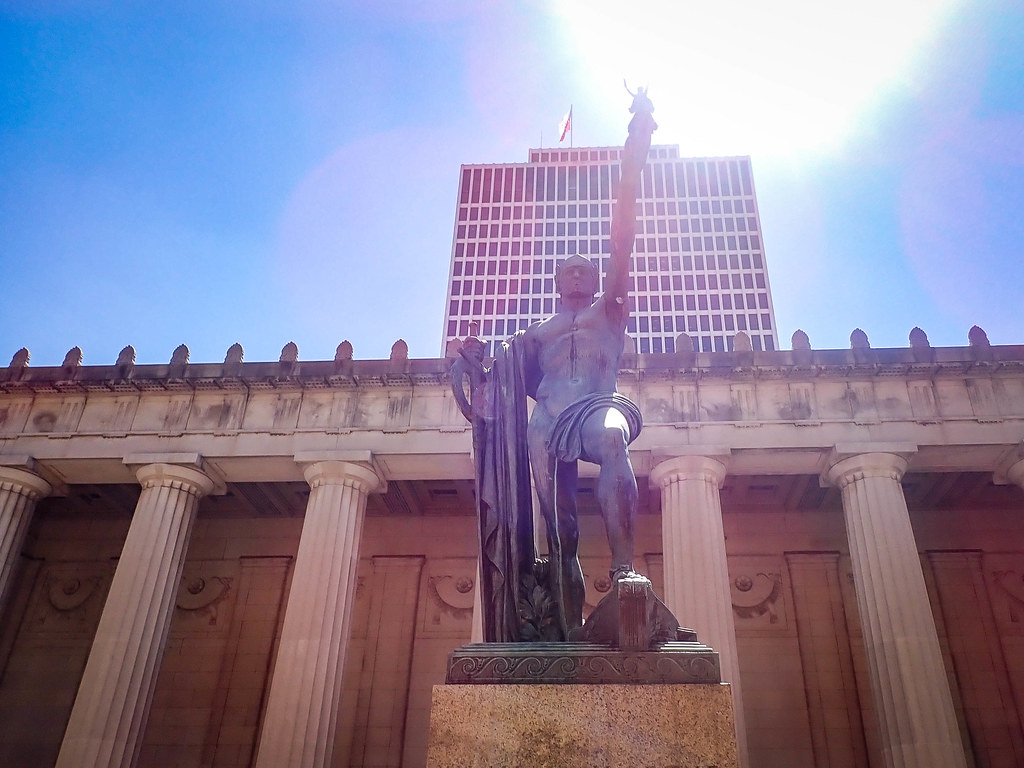 The Tennessee State Capitol sits atop Capitol Hill, the highest point in Downtown Nashville. It is surrounded by a number of state government buildings, including the Tennessee Supreme Court building for the Middle Tennessee Grand Division. 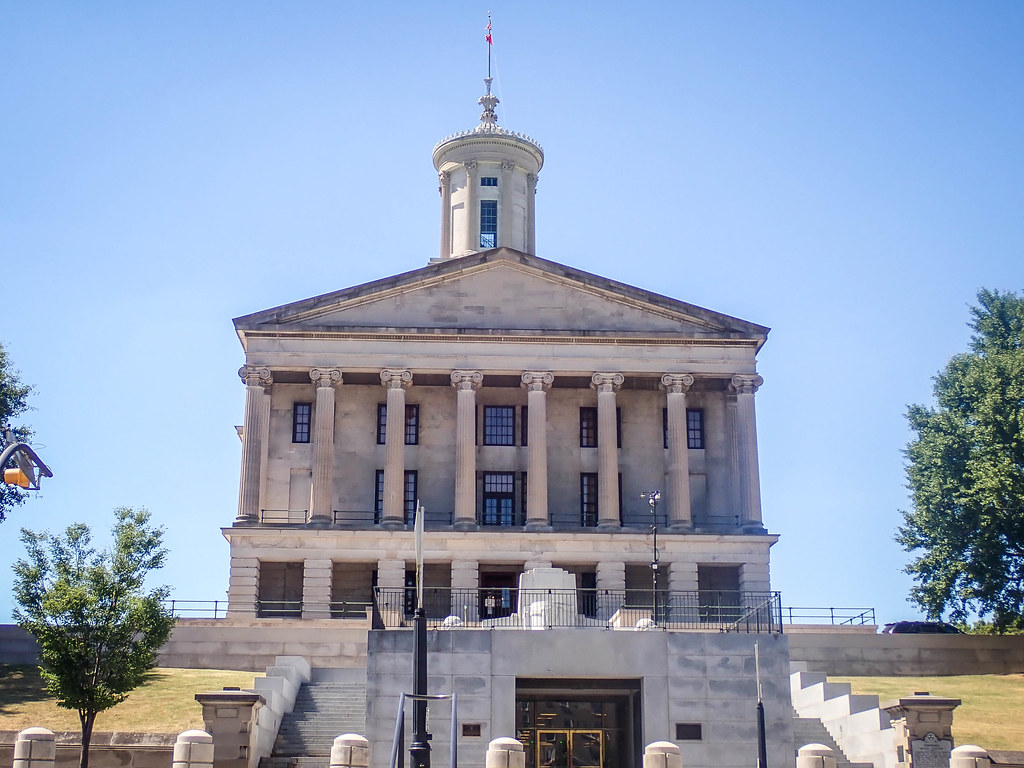 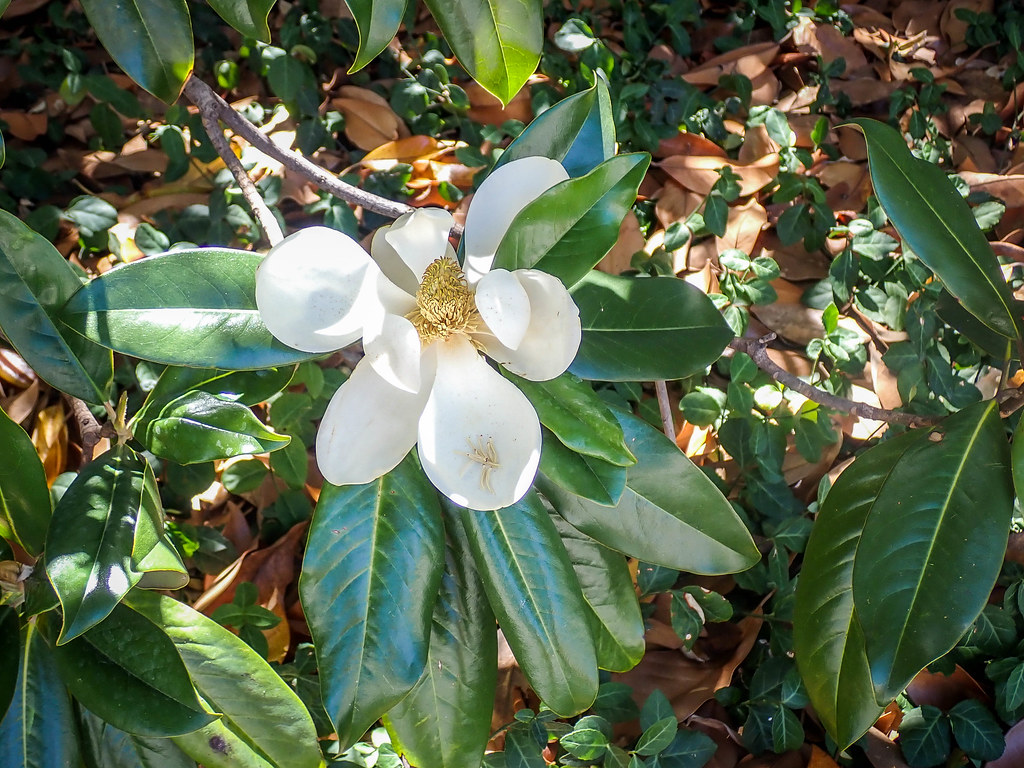 President James K. Polk’s final resting place is on the site of the capitol.Atlas Obscura – Find a Grave 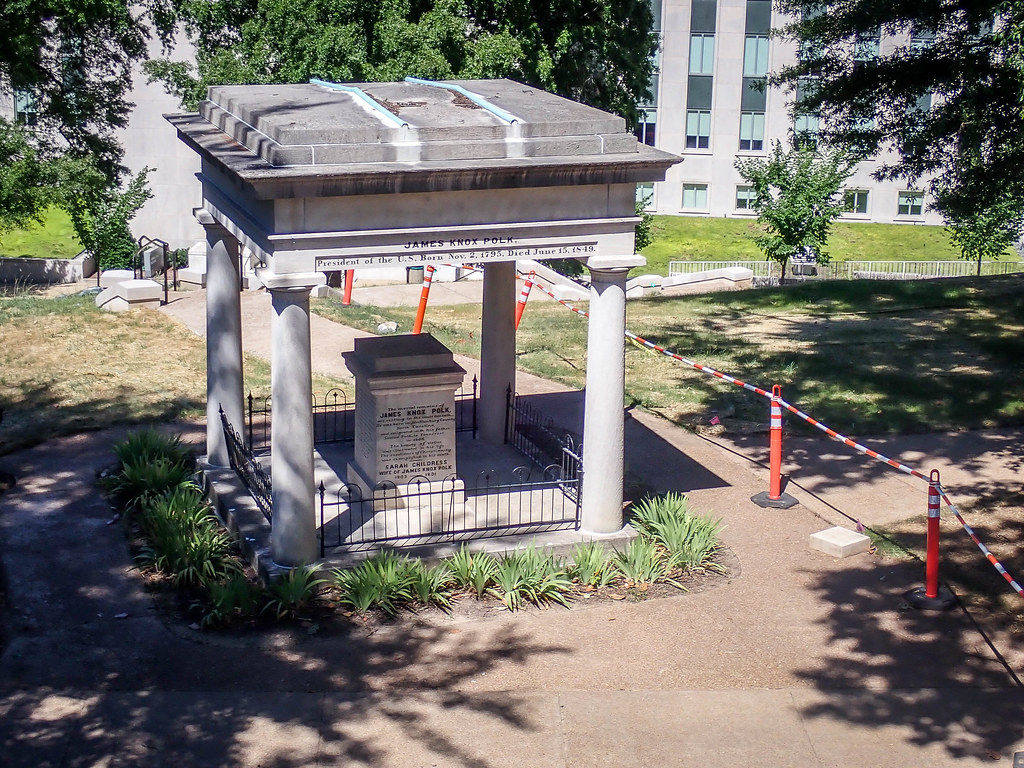 One of the views from top of Capitol Hill 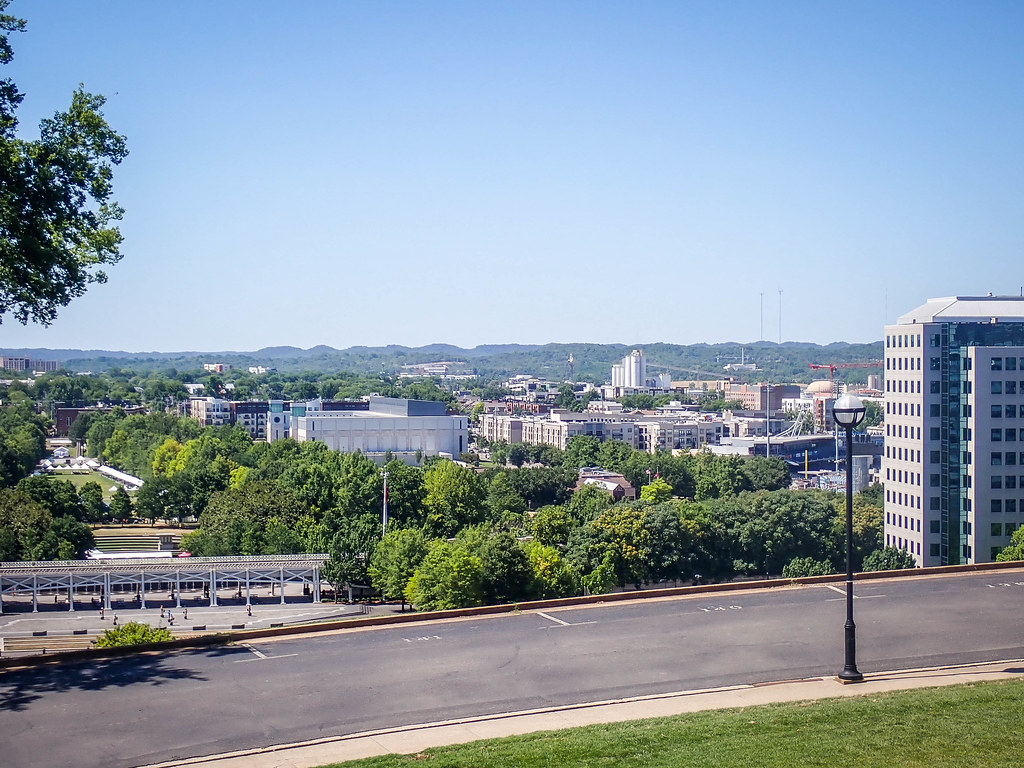 We also drove by the Parthenon 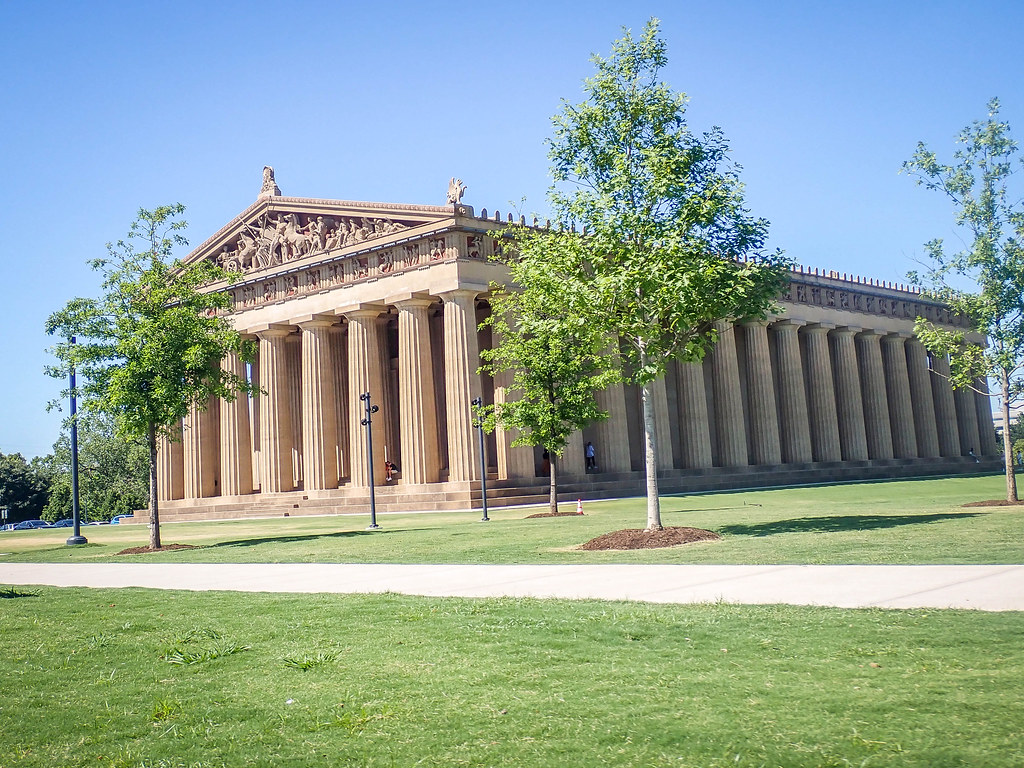 After that we hit the road and made our way home!

If you missed other posts from this trip:
Part 1
Part 2
Part 3
Part 4