Here we are for another travel post. This one shares Day 2 of our trip to Omaha, NE mainly to watch Auburn play in the Men’s College World Series. In case you miss my Part 1 post>>>Part 1

We checked out of our hotel that morning, because we had an VRBO booked for the next couple of days. We ate some breakfast at the hotel and then headed out for the day.

Bob Kerrey Pedestrian Bridge is a 3,000-foot footbridge across the Missouri River between Council Bluffs, Iowa, and Omaha, Nebraska that opened in September 2008. 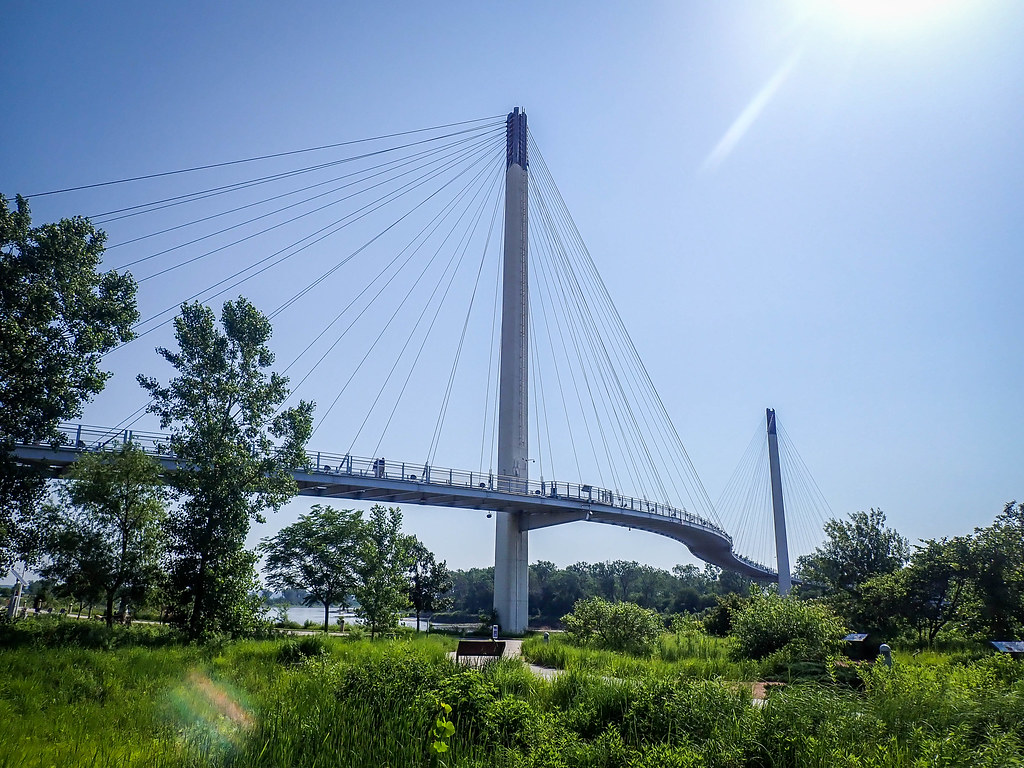 On the bridge you cross from Nebraska to Iowa. 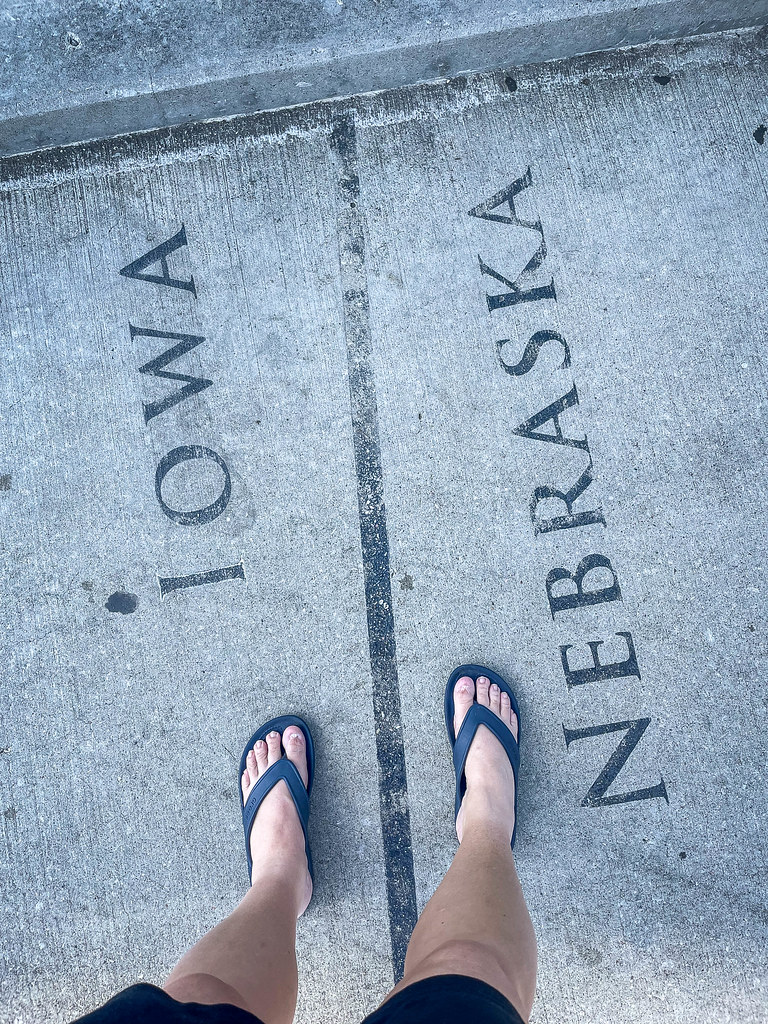 You can see the CWS stadium from there! 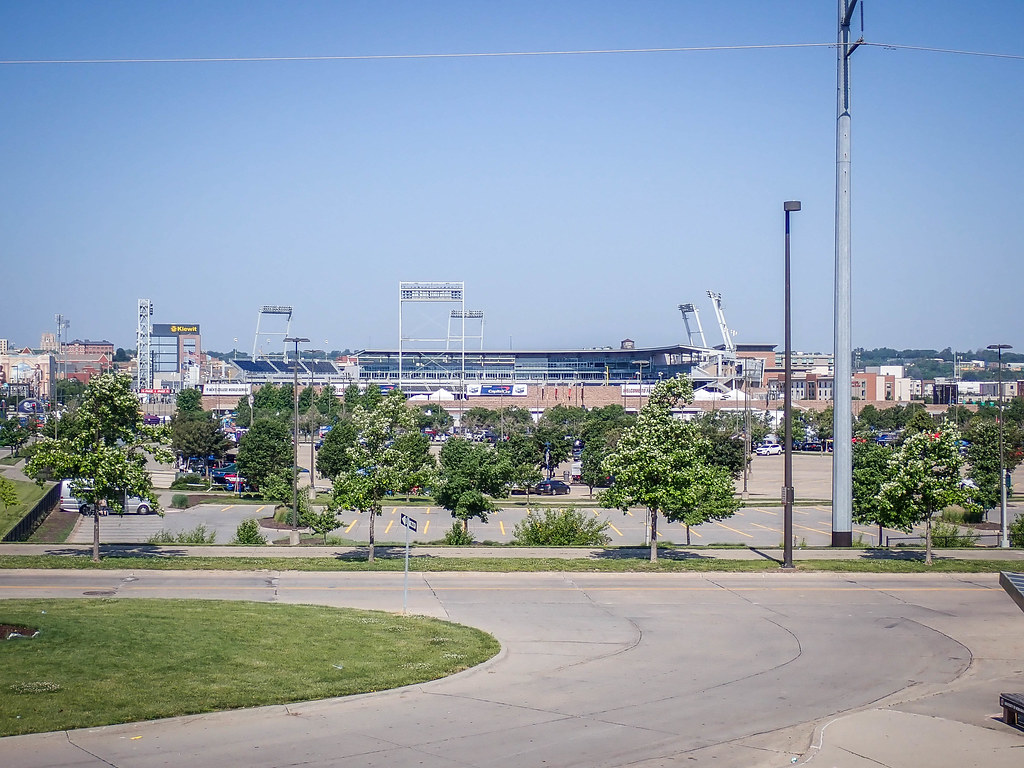 Rob with his Dad and Step Mom 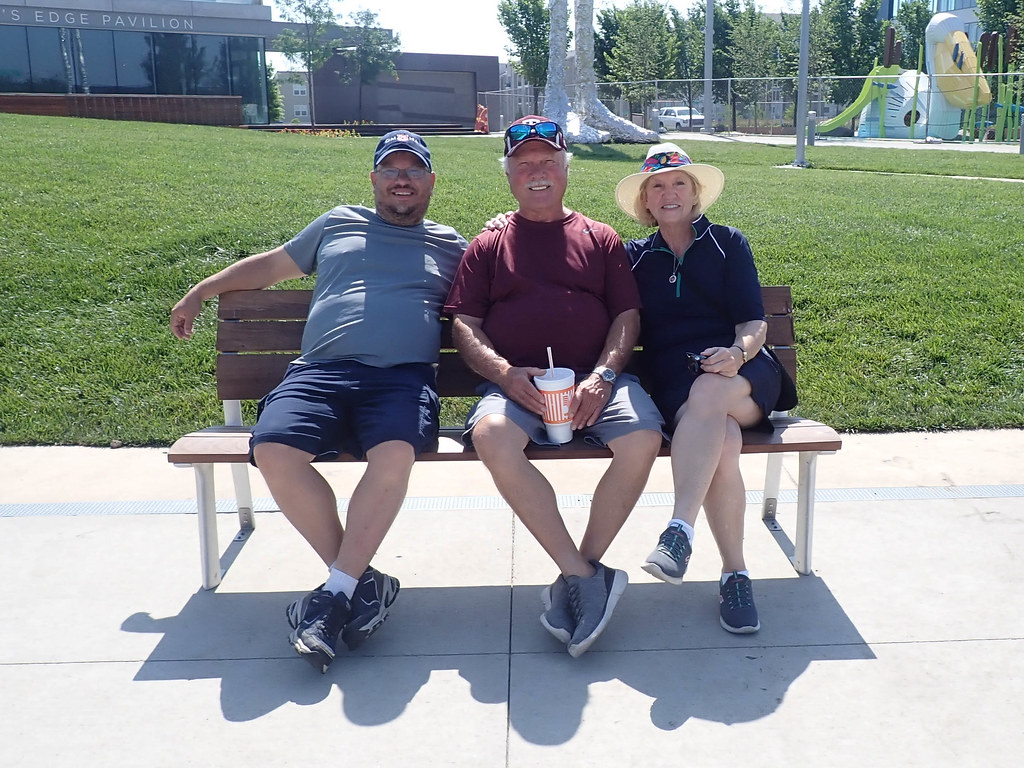 On the Nebraska side under the bridge lives Omar. 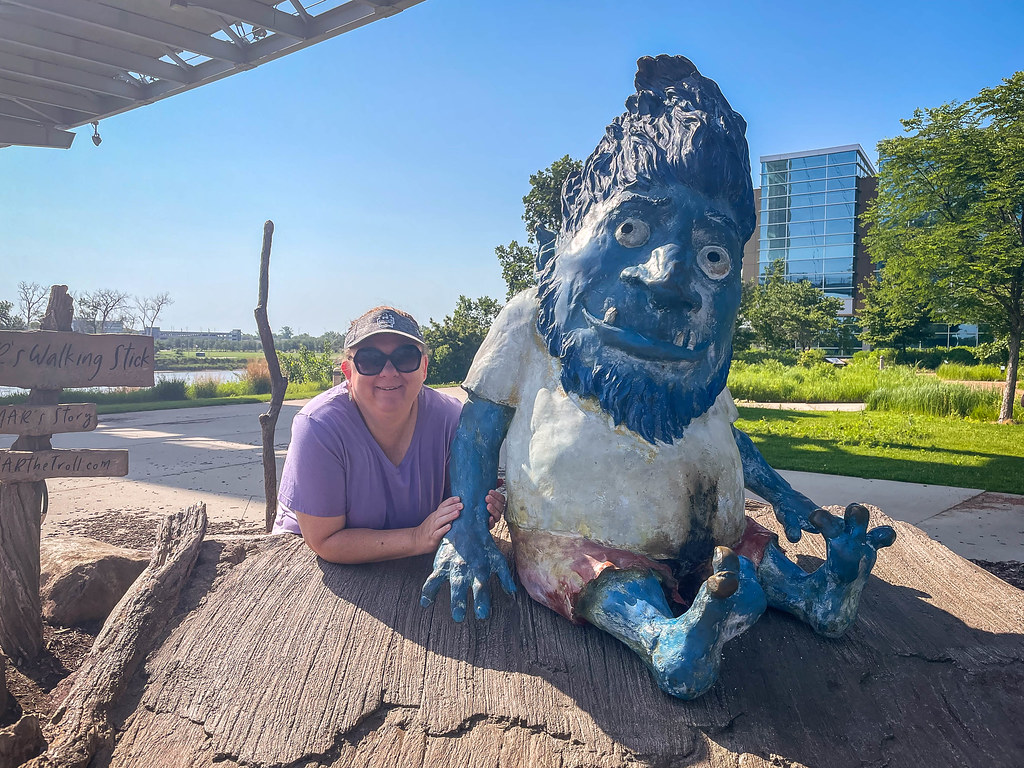 Rosenblatt Stadium
Next stop was the site of the old College World Series stadium, Rosenblatt. In 2011, the stadium was sold to the Omaha Henry Doorly Zoo Foundation and demolished in 2012. In 2013, a Little League-sized tribute to the old ballpark was built in its place, with some original seats, foul polls, original signage, and more. 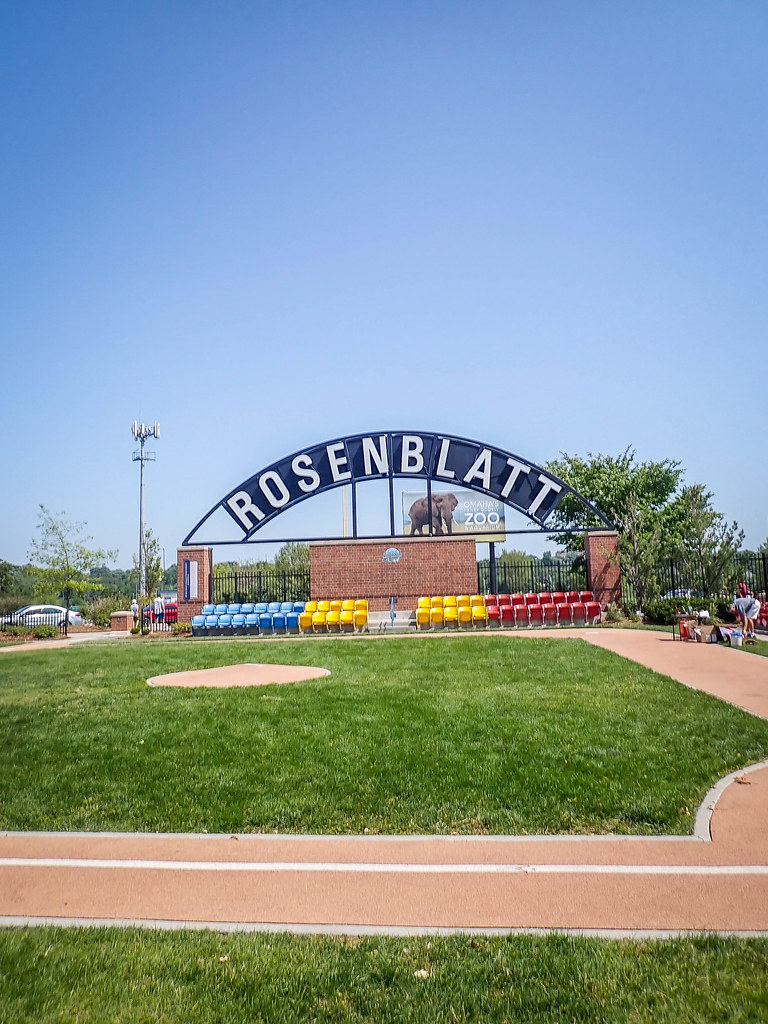 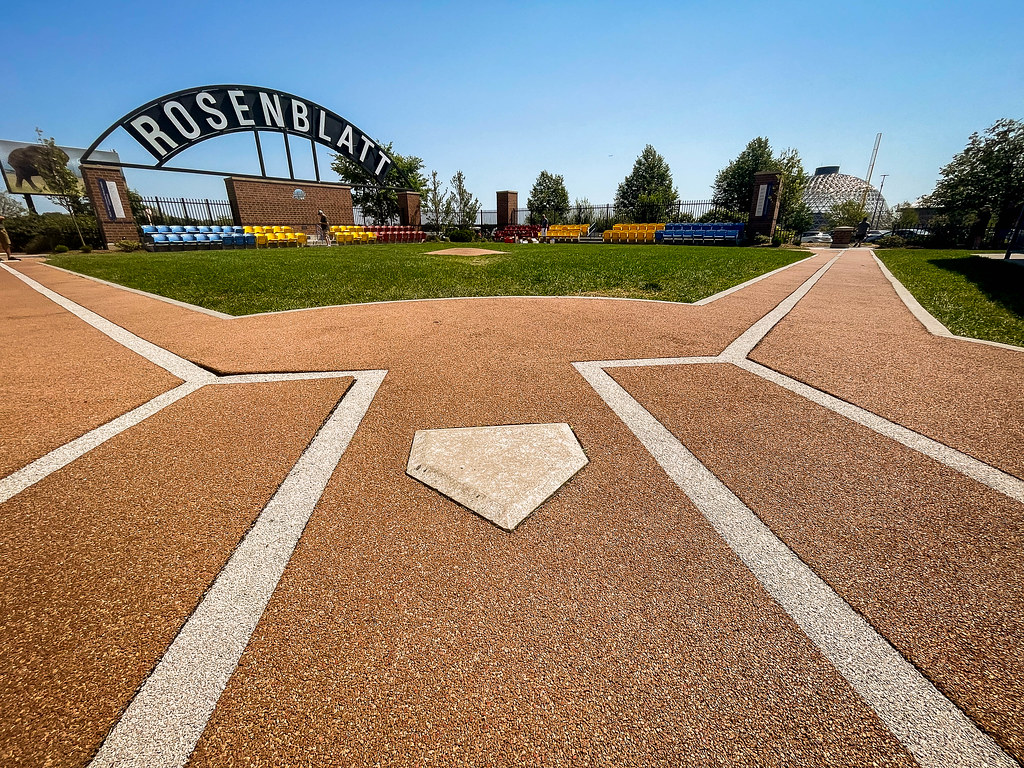 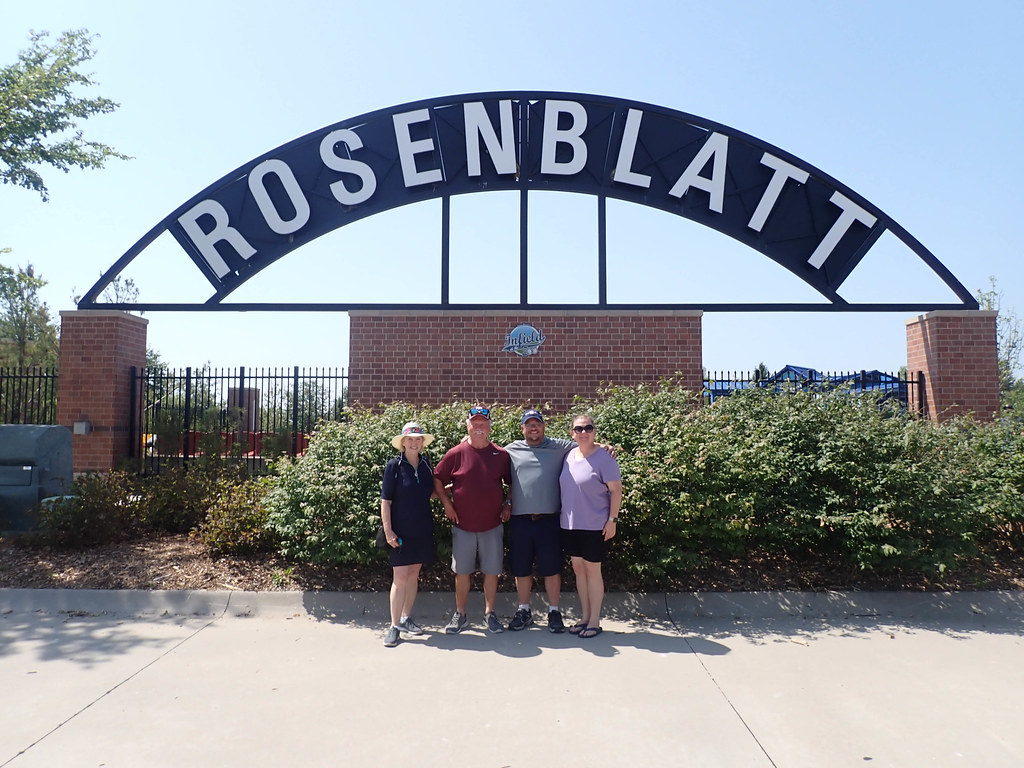 We needed to grab some lunch before the game, so we ended up at King Kong. 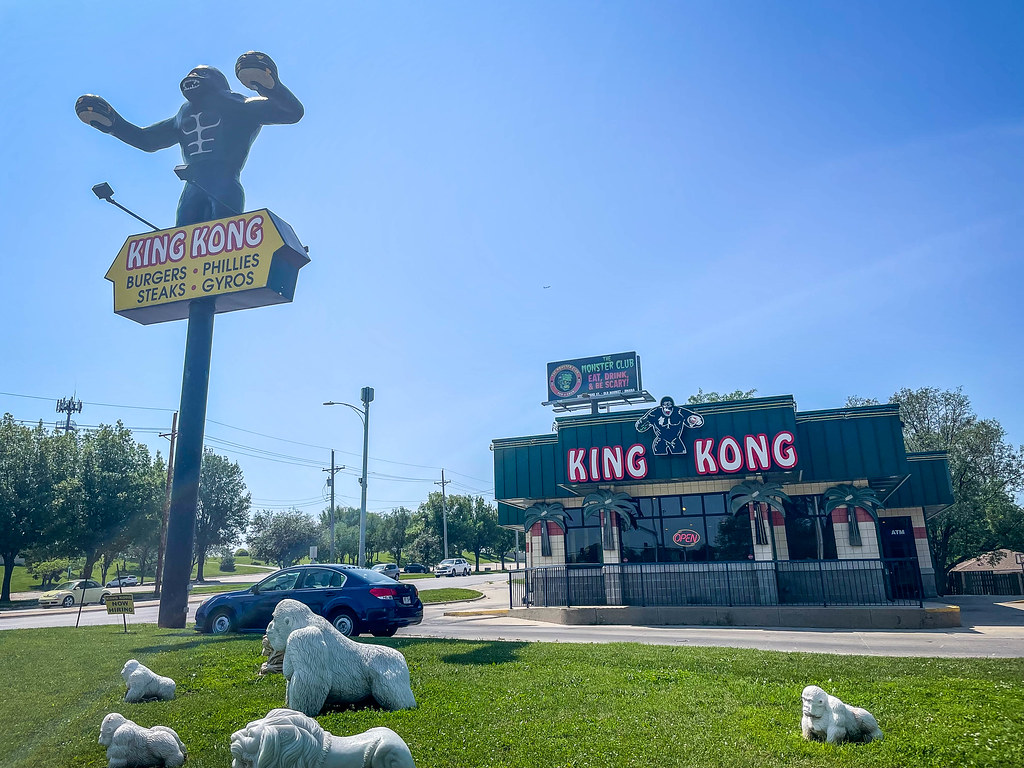 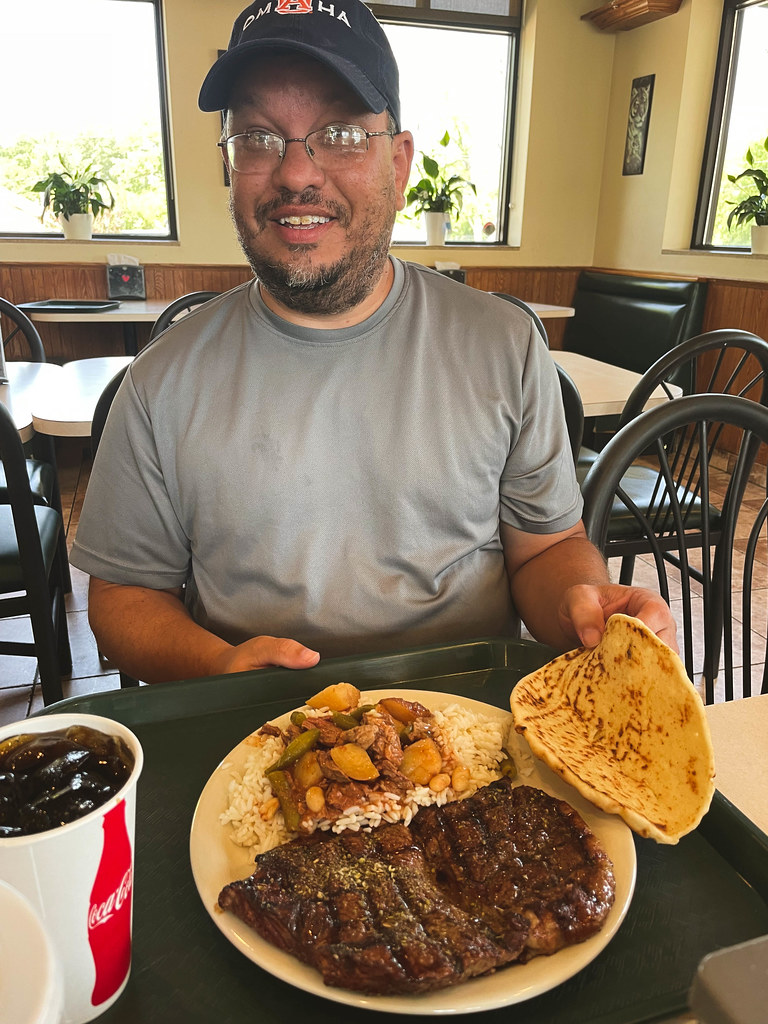 After that everyone, but me loaded up into Randy’s car to go to the CWS to see Texas and Texas A&M play. I wasn’t wanting to bake in the sun for 3 straight hours for a game I didn’t really care about. I did some site-seeing on my own.

Boys Town
Boys Town is a suburb of Omaha. Boys Town was established in 1917 as the headquarters of Father Flanagan’s Boys’ Home, founded by Father Edward J. Flanagan. Its one of the largest nonprofit child care agencies in the country. It provides compassionate treatment for the behavioral, emotional, and physical problems of children and families. Each year, Boys Town touches the lives of over 2 million people.

Rob had visited there back in 2019 when he was in Omaha for the CWS and recommended I go check it out. 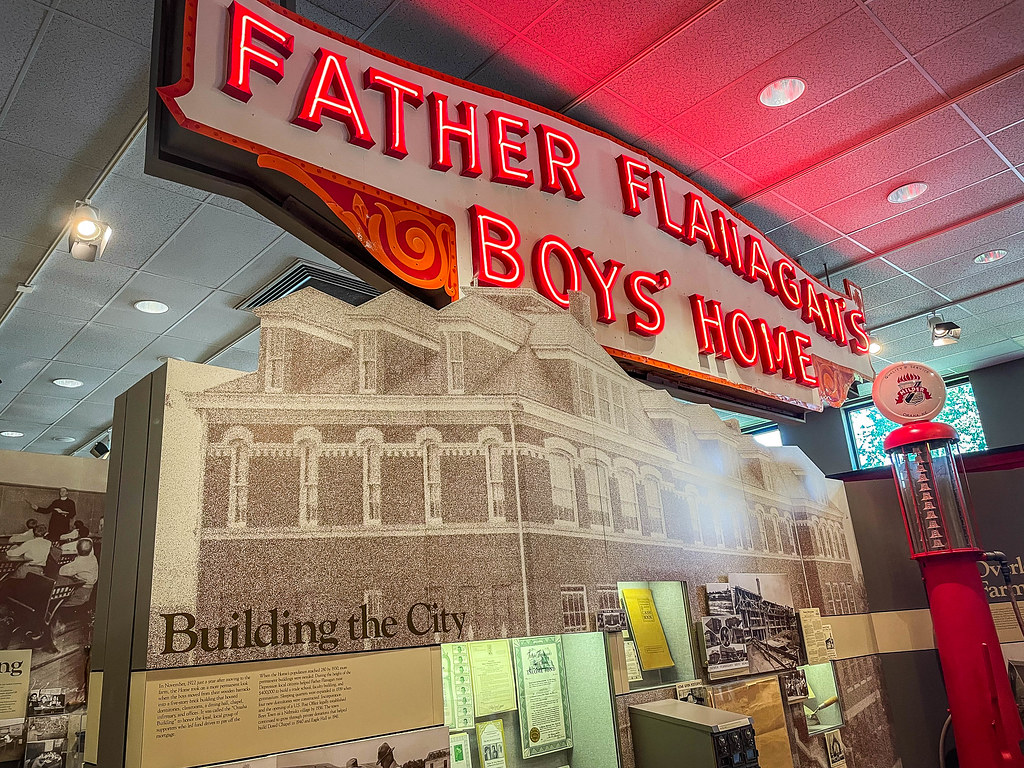 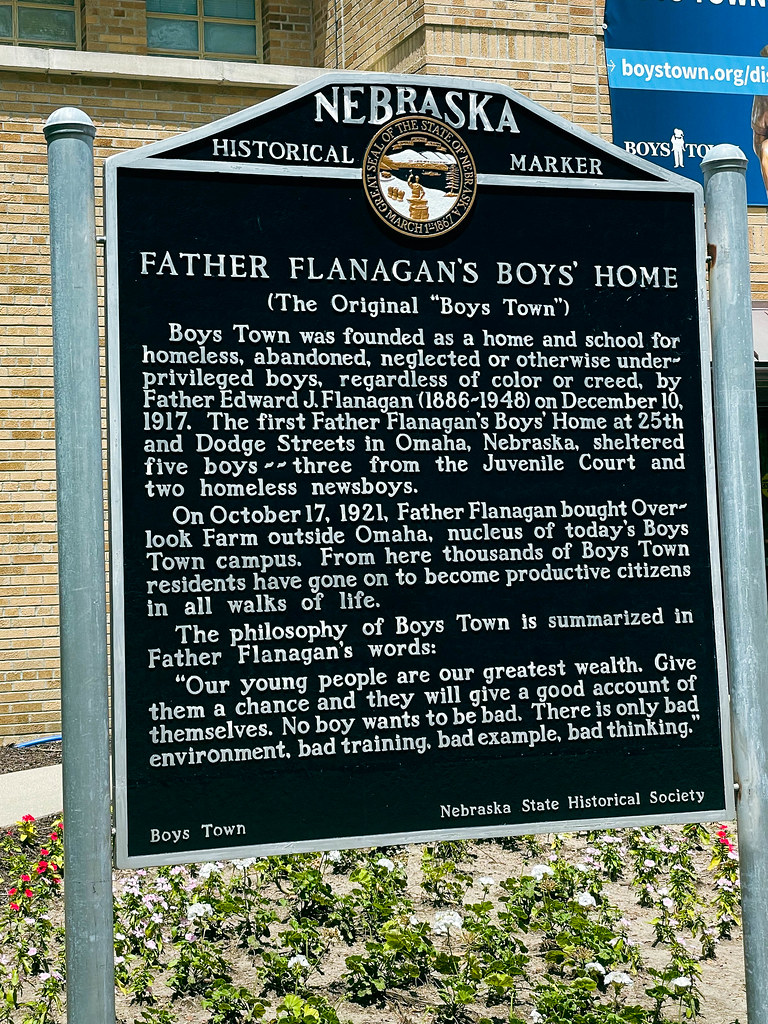 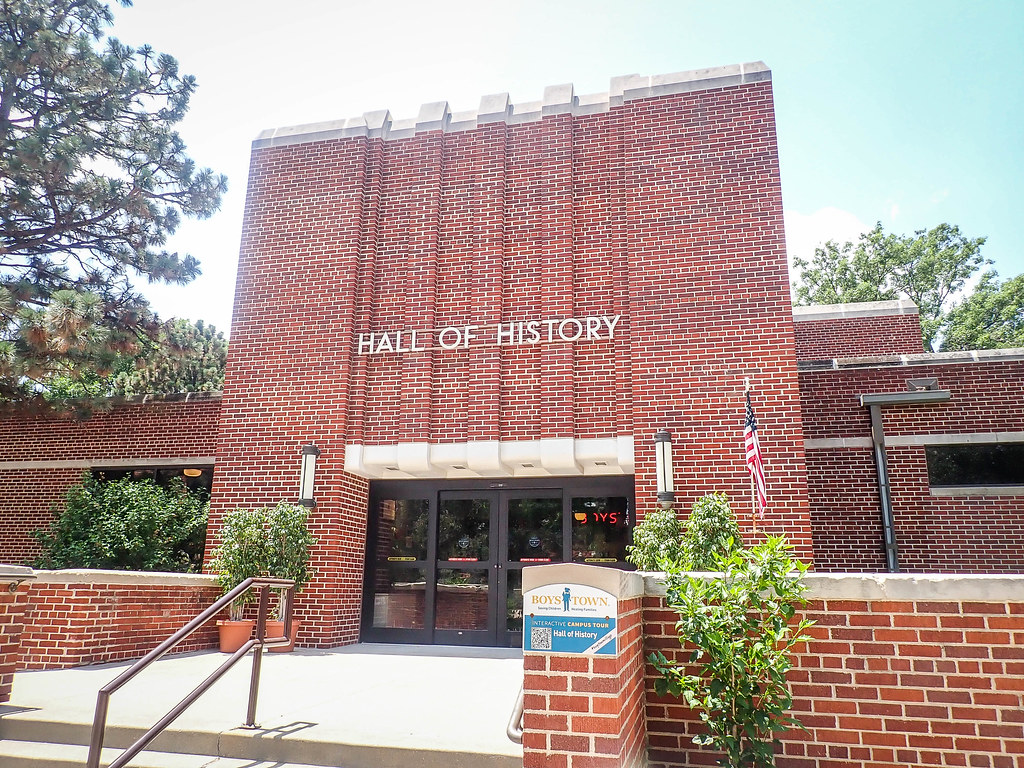 World’s Largest Stamp Ball, which is located in a different building on the Boys Town campus (Boys Town Visitors Center). 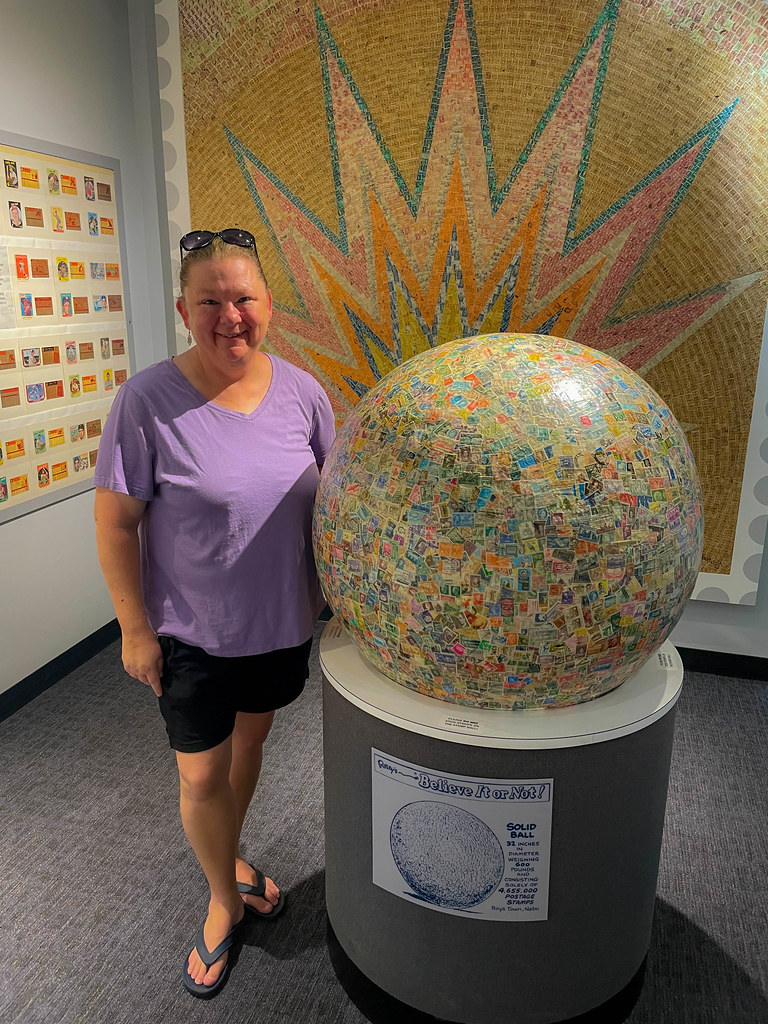 Even if you don’t go inside while visiting Boys Town just drive around. Its a beautiful campus. 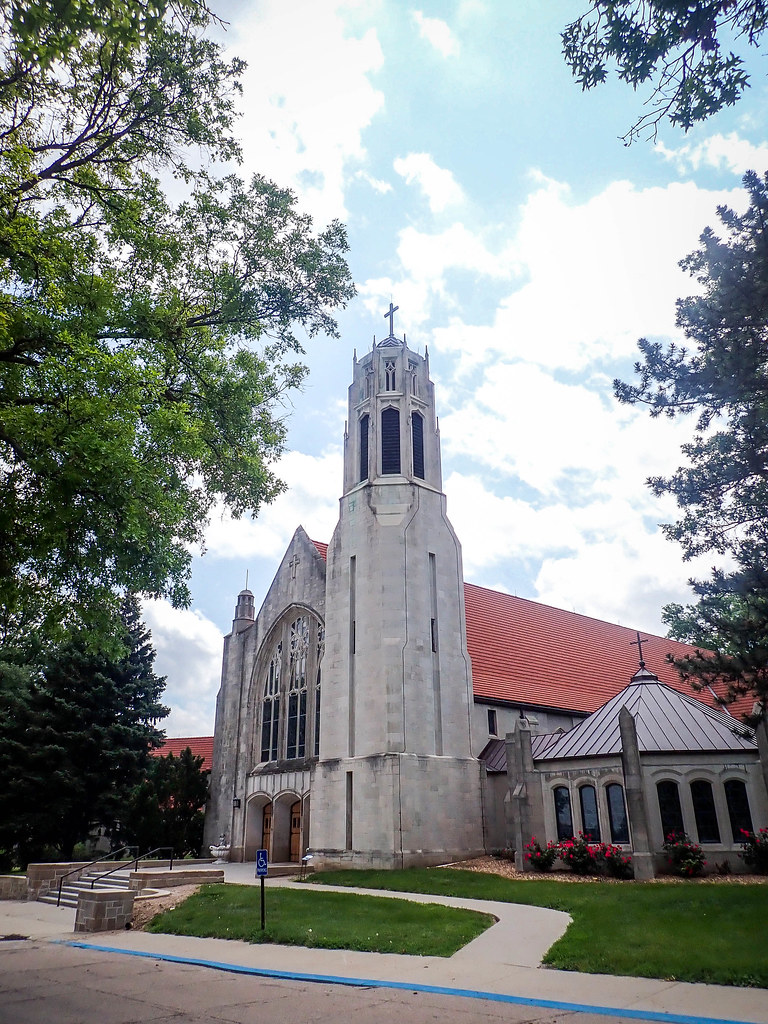 Meanwhile, Rob and company were at the CWS with this view… 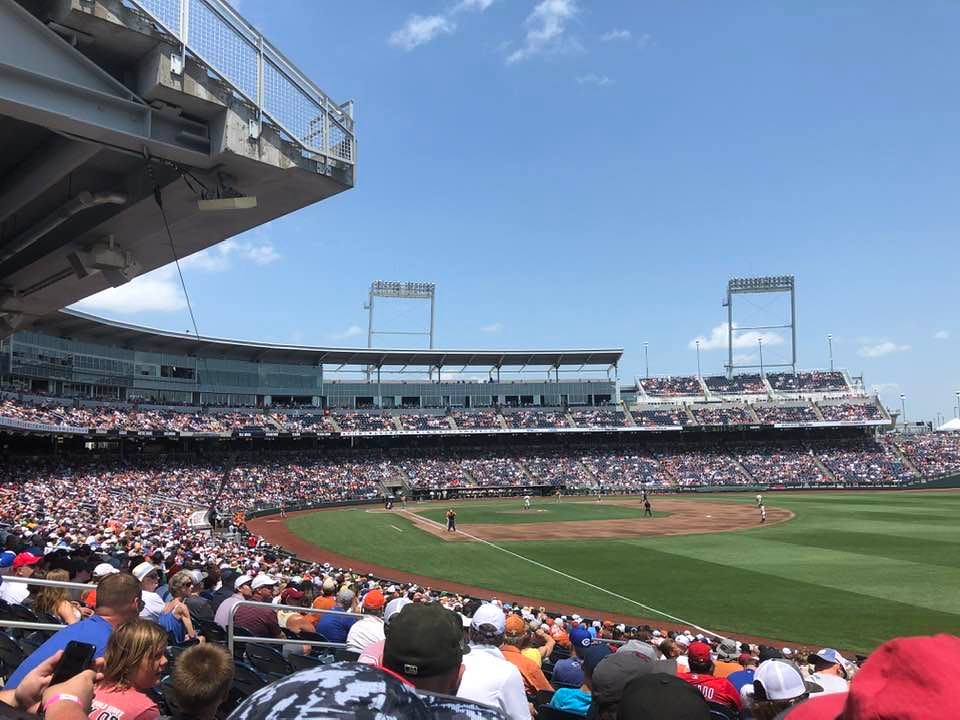 At this point, my list of places to see focused on cemeteries and Atlas Obscura spots. I had a few things on my mental list from previous research. The closest place to Boys Town was the Mormon Pioneer Cemetery.

If you’ve never heard or see the site Atlas Obscura, it’s a really interesting website that I often use during travel to find places to go. They are often not your super ‘touristy’ sites, which I like. You can register and mark places you want to go to or places you’ve been to. You can also contribute to the site with information or pictures. My Profile 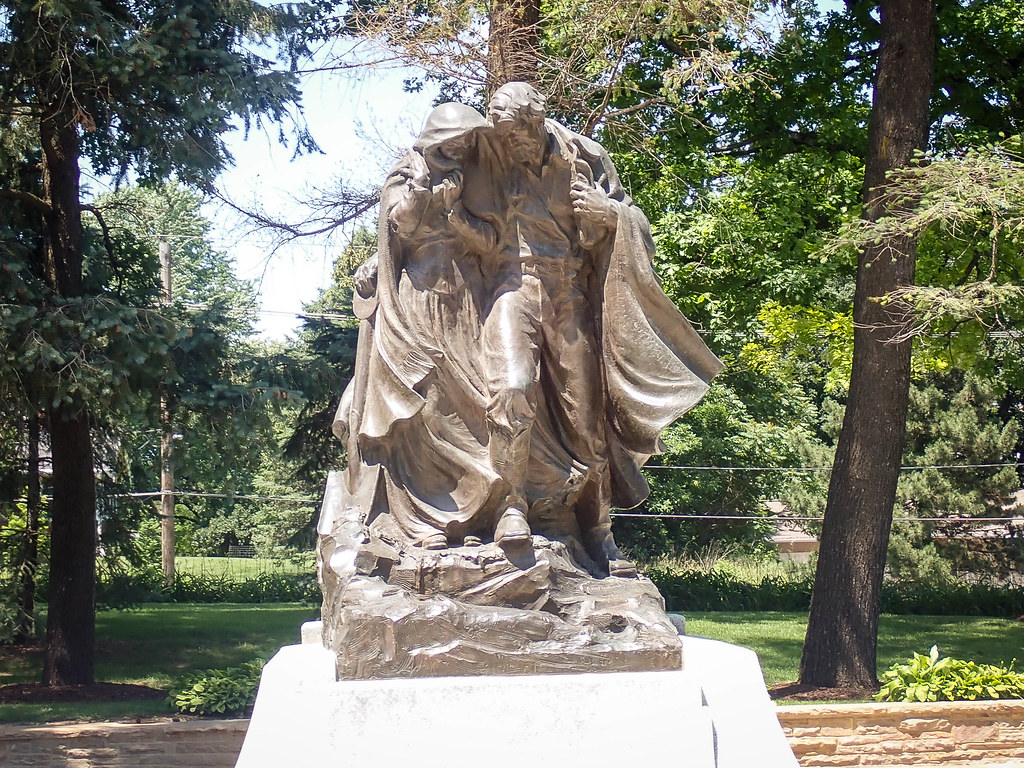 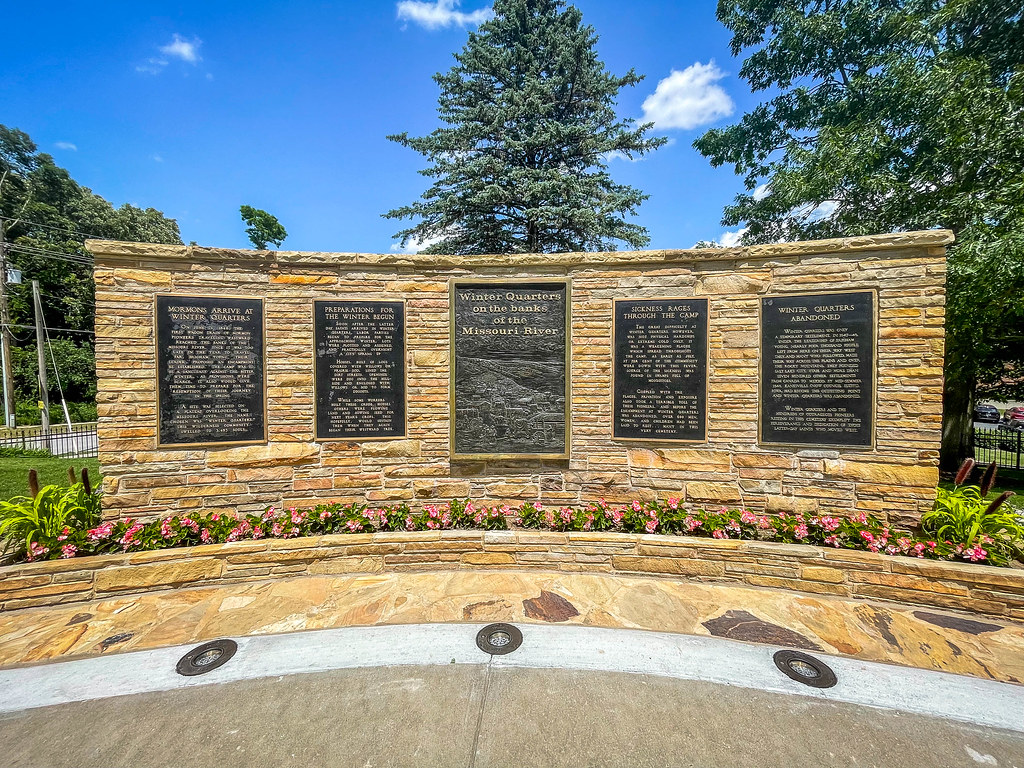 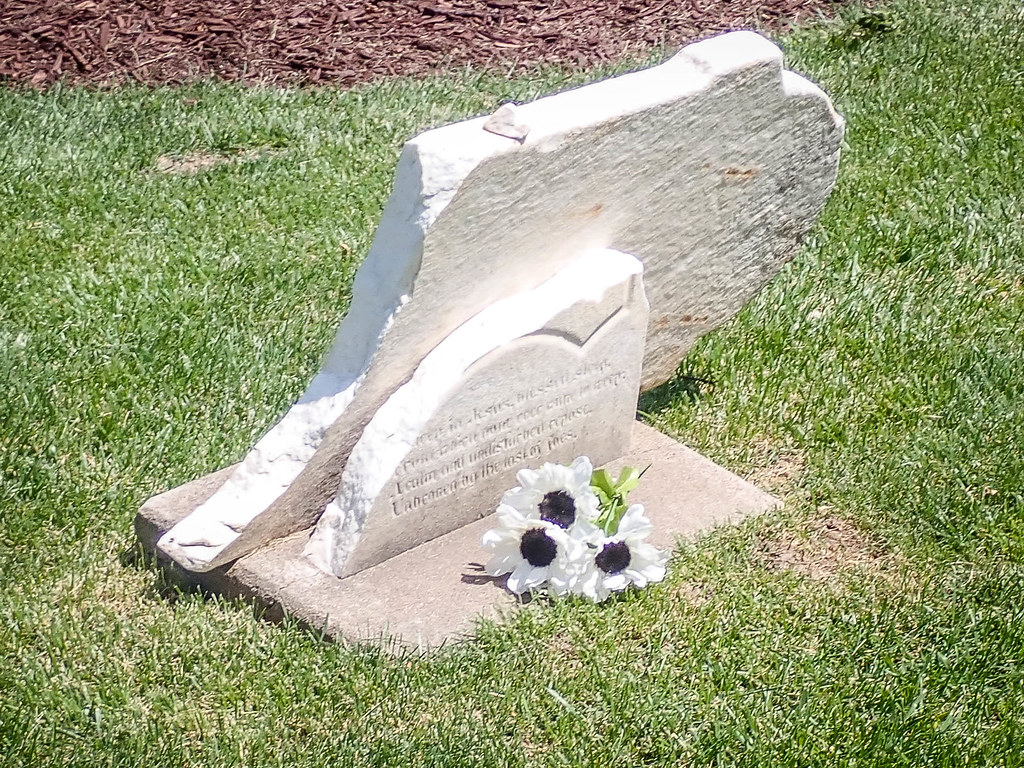 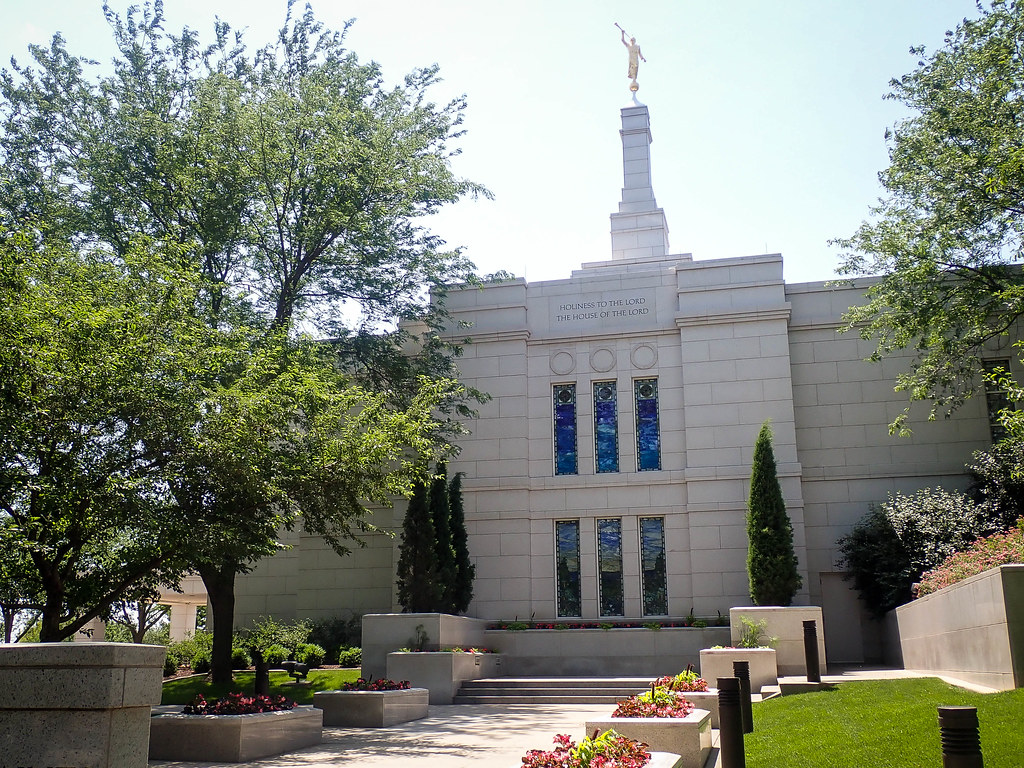 The Mormon Trail Center at Winter Quarters is located just across the parking lot from the cemetery. It’s exhibits demonstrate the westward migration of Latter-day Saints. I didn’t go in, because I was ready to see other things. 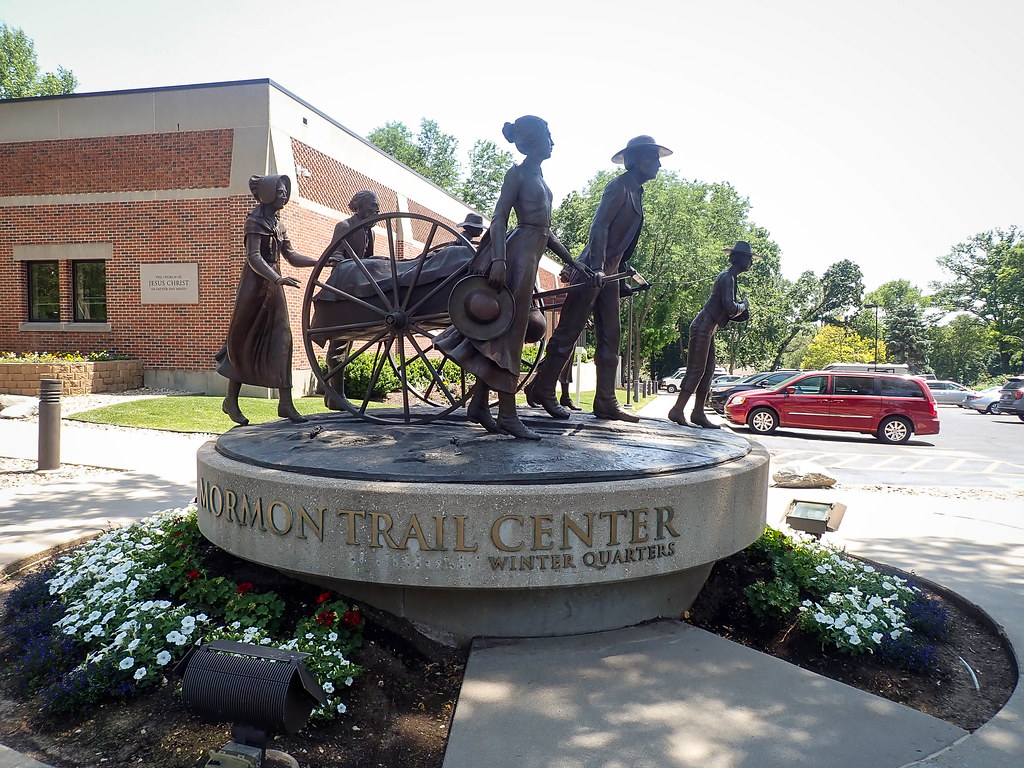 As I was leaving I noticed this pretty mural for Florence, NE. (mural location) 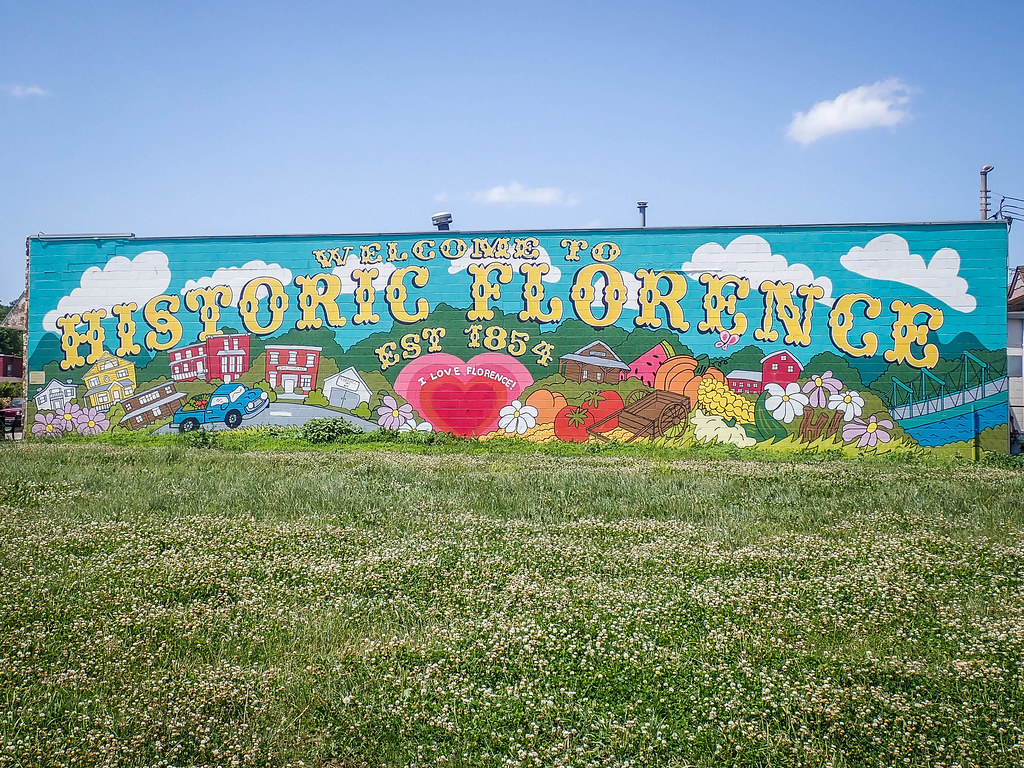 Prospect Hill Cemetery
After that I was curious to check out Nebraska’s oldest cemetery, Prospect Hill. 15,000 graves sites over 13+ acres and dates back to the 1850’s. 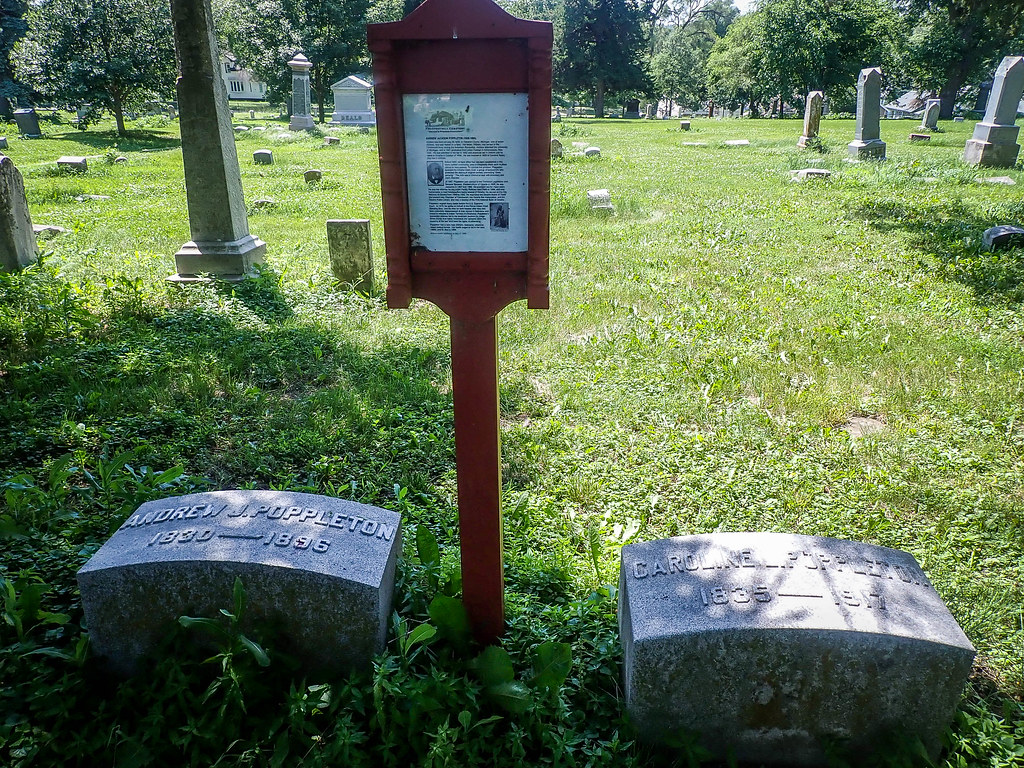 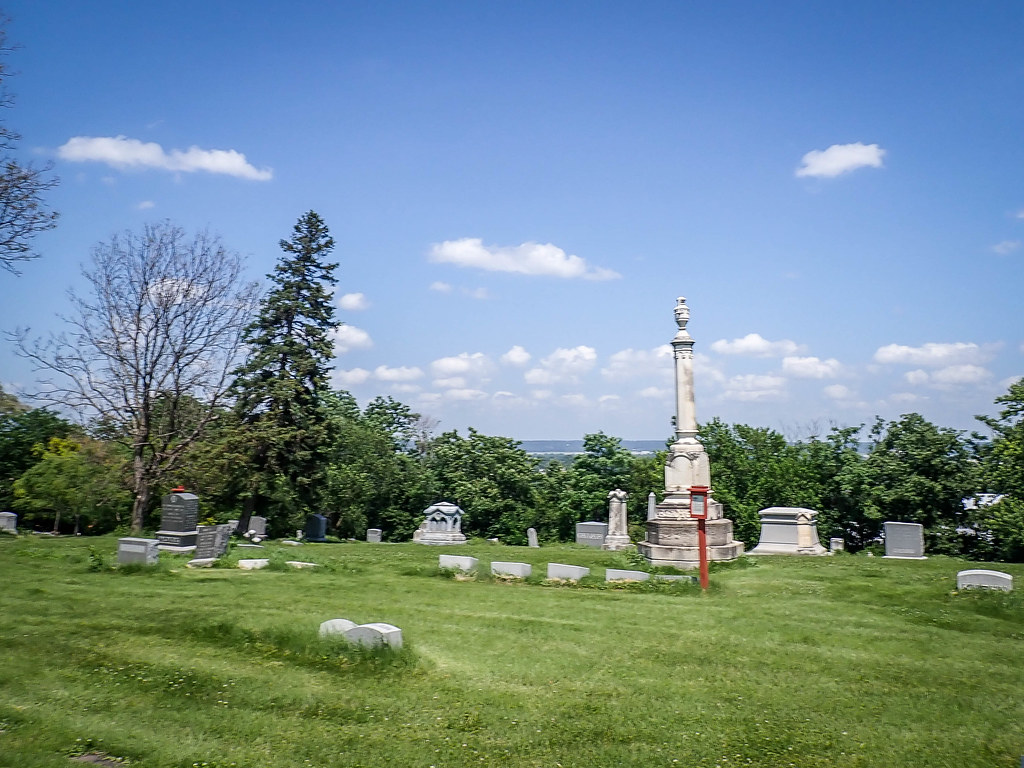 Joslyn Castle was a spot on Atlas Obscura. I had about an hour till I could check into the VRBO, so I stopped by for a few pics. 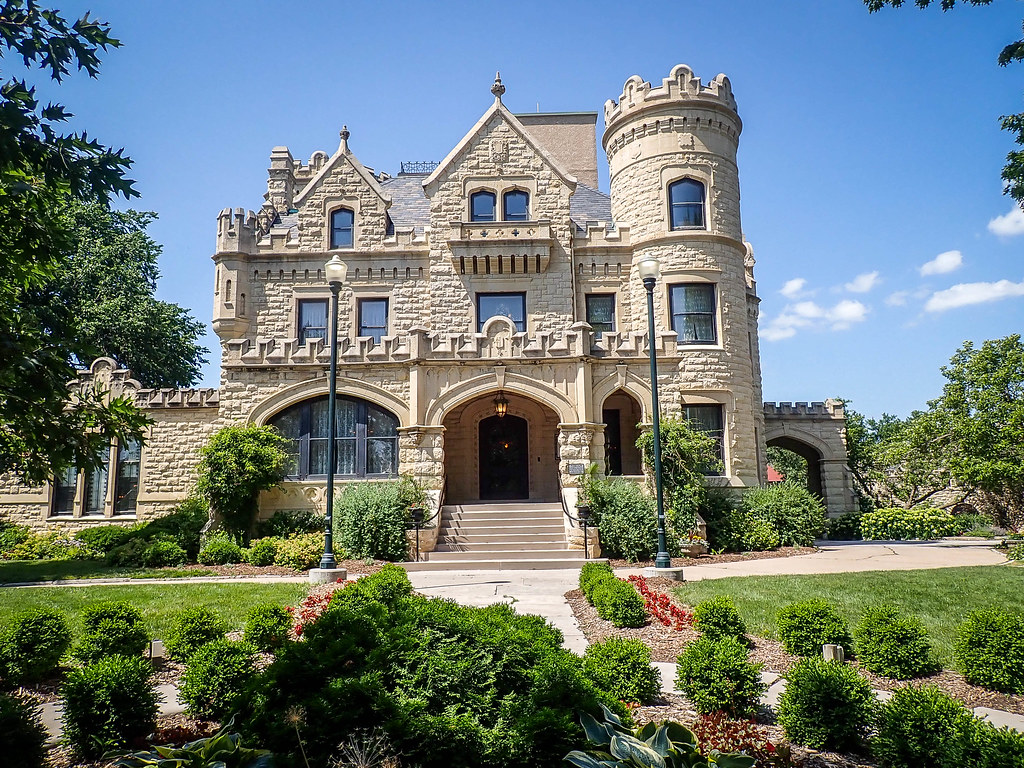 Last on my list of nearby spots was the Site of a Japanese Balloon Bomb Explosion, which is located in the Omaha neighborhood of Dundee. While there is really nothing to see except this plaque with information, this little downtown is super cute. Very interesting 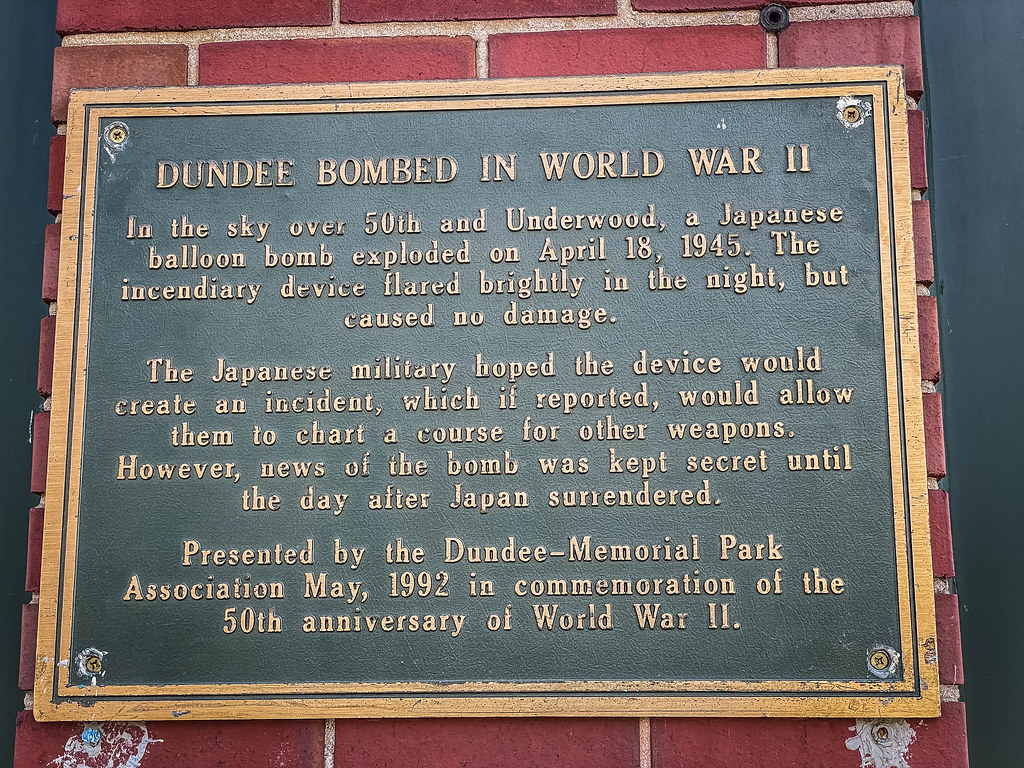 All of us ended up going to Dundee after dinner for some ice cream at eCreamery and it was amazing! 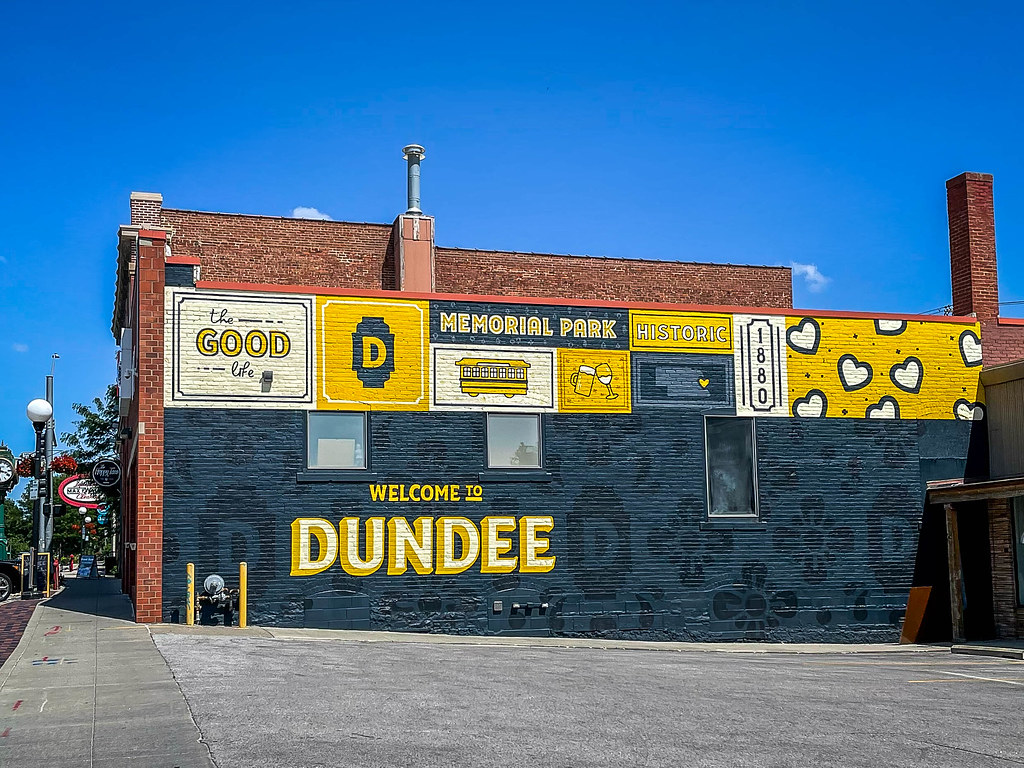 After that it was time to get out VRBO, so I headed over there and got the key out of the lock box and brought our stuff in. Not too long after that Rob everyone else and arrived.

Our VRBO was decorated so lovely. I was obsessed! VRBO listing 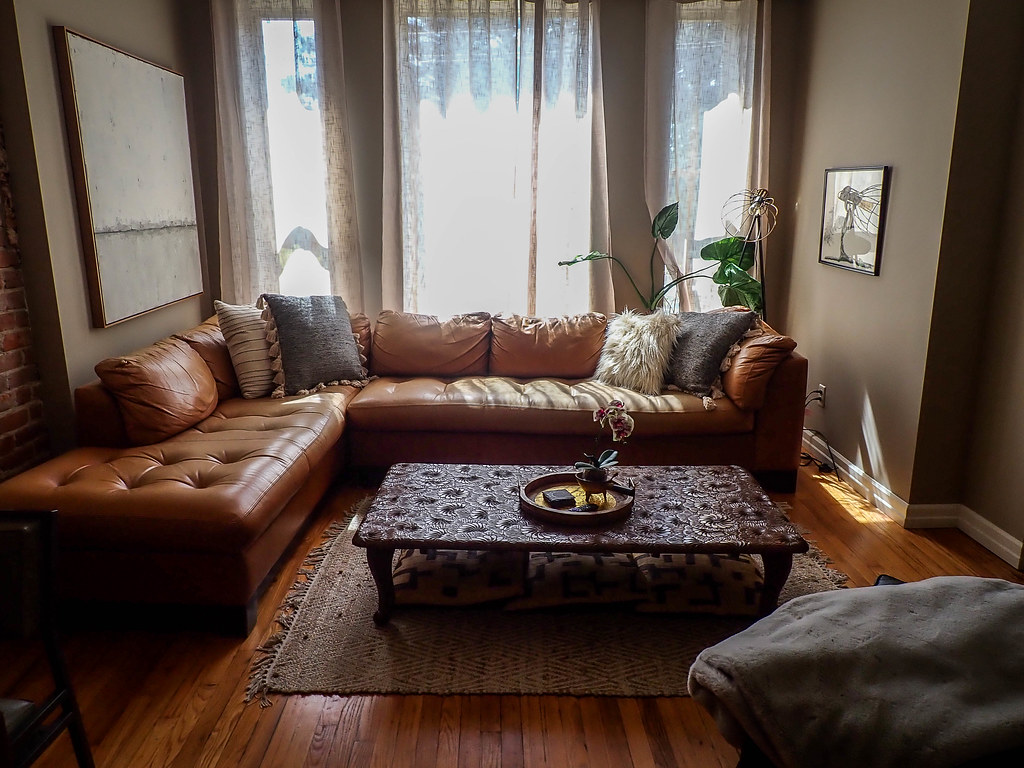 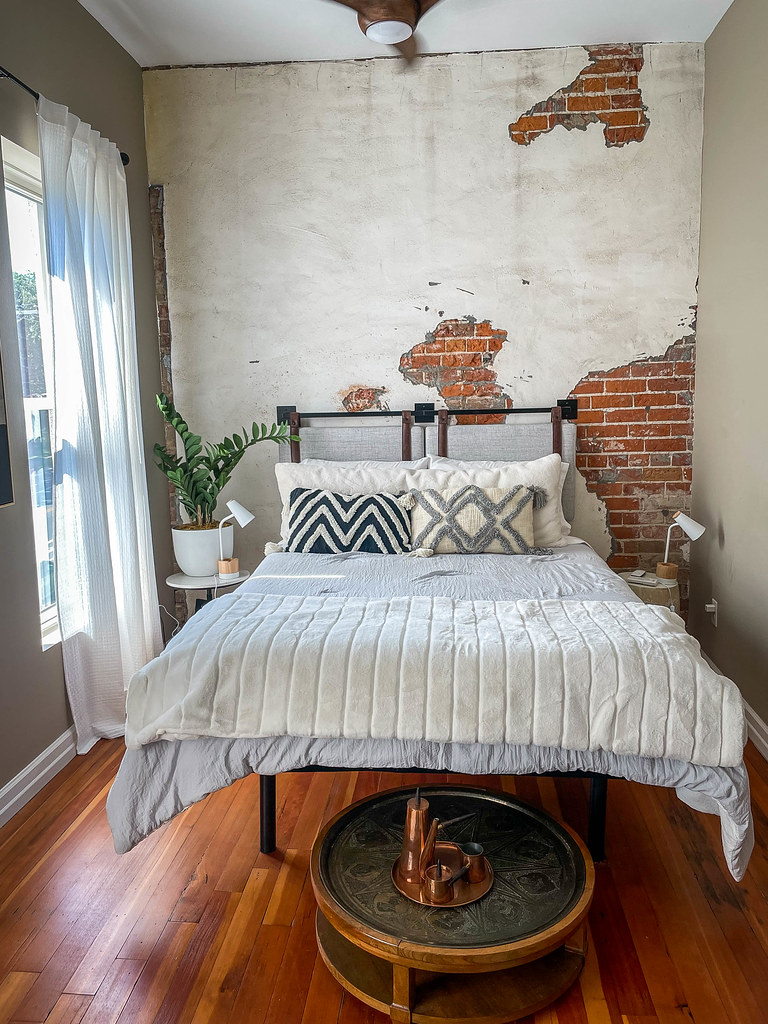 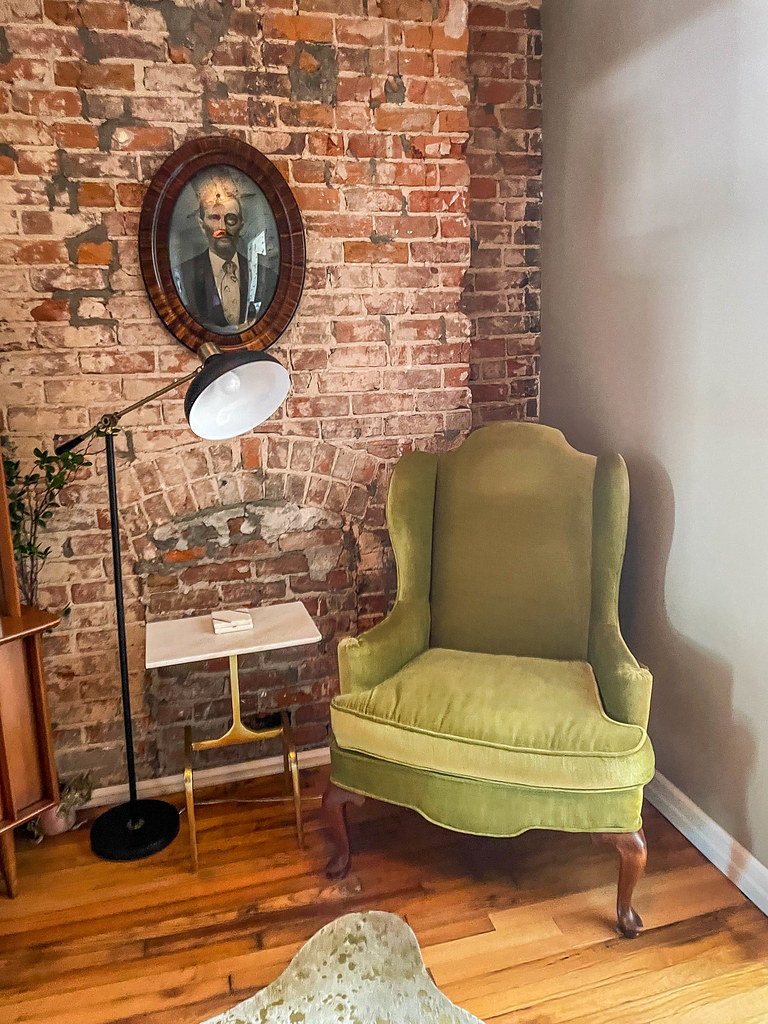 We went to Trader Joe’s that evening to pick up stuff for dinner. I have really been wanting to go to one, because the closest one to our house is about 2 hours away. We enjoyed some chicken alfredo.

Keep an eye out for another Omaha post very soon.