I have always just included a list of shows/movies/podcasts/music that we enjoy on my end of month summary posts. However, this year I decided to break it out into its own post like many other bloggers do.

This post took WAY too long to put together, that’s why its so late getting posted. I’m not sure I love the organization of it, so I might change that up for next month. I was thinking of grouping shows by network maybe… Yes, we watch a ton of TV, but its our favorite thing to do. It helps that we watch everything commercial free for the most post. Love DVR and commercial-less streaming!


The ‘After’ movies are apparently based on a book series by Anna Todd. I watched the 3 that are out and apparently the 4th movie is coming out in September.

I recently got access to HBO Max and was looking on the list of movies about to go away. The Lucky One was listed and I was in the mood for a sappy love story. It was great and who doesn’t love some Zach Efron. It’s on Netflix, so that’s how I linked it below.

One night Rob was like, “There’s a movie I want to watch.” Something he never says really. His brother, Nick, was at the house too and we looked at him like he was crazy and said go ahead and turn it on.

Home Team based a true story of the coach from New Orleans Saints and “Bountygate.” A little cheesy in parts, but a heartwarming story, no less. 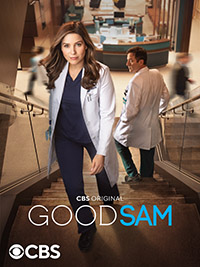 I loved Sophia Bush in One Tree Hill, so when I saw she was starring in a new show called Good Sam, I knew I wanted to give it try. This medical drama about a talented surgeon Dr. Sam Griffith is rocking her new leadership role as chief of surgery after her boss falls into a coma. I’ve watched 3 episodes so far and find it quite entertaining! 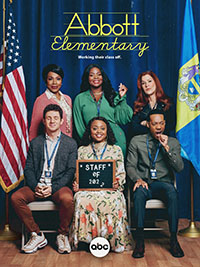 After seeing advertisements and hearing from coworkers how good Abbott Elementary was, Rob wanted to watch and see if it was worth our time. Being that I am a former teacher, I wasn’t sure I’d enjoy it. The show is set in a Philadelphia public school, where the group of hard working teachers and an aloof principal work to help theirs students succeed.

Honestly, its over the top and has the feel of “The Office.” Its filmed in a similar mockumentary/docucomedy style. Rob’s favorite similarity of the 2 shows in the outrageous boss having the stupidest, most self-centered ideas and actually carrying through with them! Rob loves this show. I’m just ok. I’d be perfectly fine not watching, but I’ll keep watching it with him…at least for now. 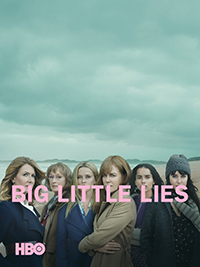 Several years ago, on a plane ride I started watching Big Little Lies. I was some how able to finish the 1st season at home and then anxiously awaited the 2nd season. However, then I wasn’t able to figure out how to watch it, until recently when I got access to HBO Max. I decided to rewatch Season 1 because I really didn’t remember much.

Big Little Lies is based on the bestselling book by Liane Moriarty, which I never read but wanted to. I was going to write a synopsis, but I thought Rotten Tomatoes did a magnificent job so here’s what they say about the show: Big Little Lies is a darkly comedic tale of murder and mischief. Amidst doting moms, successful husbands, beautiful children, and stunning homes exists a community fueled by rumors and divided into haves and have-nots, exposing fractured relationships between husbands and wives, parents and children, and friends and neighbors. The series’ narrative explores society’s myths regarding perfection and its romanticization of marriage, sex, parenting, and friendship. Reese Witherspoon, Nicole Kidman and Shailene Woodley star as the three prominent “mothers of Monterey.”

For me I had to watch this show in short stints because it tended to be dark, but there’s always a cliff hanger at the end that made me want to watch the next one. I really enjoyed Big Little Lies and am hoping they make a season 3!

Shows we watch on the regular If it has a current season out, we’re usually making our way through it on the DVR as time allows.

Rob and I watched

Rob, Alex, and I watched
Rob and I love that the couple from The Holderness Family is on the Amazing Race! They do a recap over every show here.

===========
Rewatching
I rewatched Season 1 of Sweet Magnolias because Season 2 just came out a few days ago. I’m trying not to watch it all at once so I watch an episode and half everyday. I think I’m about half way through at this point. Sweet Magnolias is actually based on novel series by Sherryl Woods. When I first started watching Sweet Magnolias, I really didn’t think it was very good. A few of the actors for some of the minor characters are just pretty terrible, especially Noreen who is played by Jamie Lynn Spears. I do love the 3 main characters though. This show is reminiscent of something you would see on Lifetime or the Hallmark channel.

The other 2 shows I watch reruns of in the background sometimes are Friday Night Lights and Brothers and Sisters.

Favorite Song
Someone To You by Banners