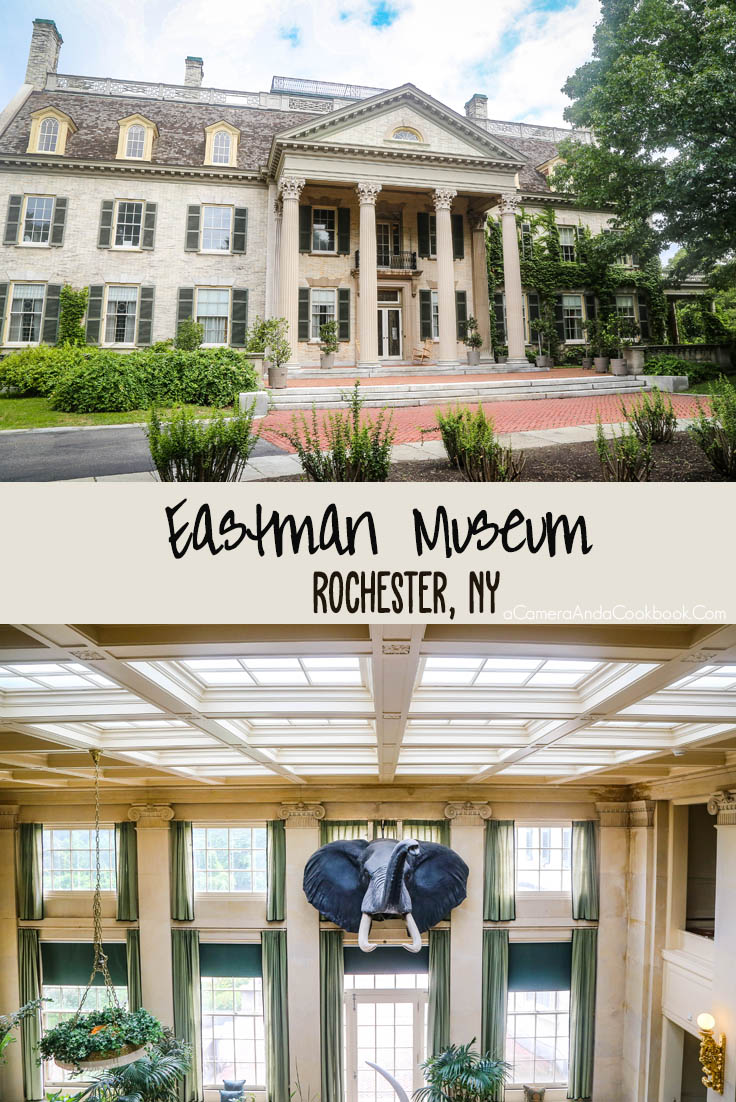 So while all our travels are on hold, it’s giving me an opportunity to go back and write about our travels from years past that I never got to. Today I’m sharing with you my visit to the George Eastman House in Rochester, NY. Since photography is one of my loves, this was right up my ally, because George Eastman was the founder of the Kodak Company. Although Kodak isn’t really relevant in today’s photography/camera market, it’s was the most influential in the history of photography. Kodak was responsible for developing the film that is still used by today’s consumers and while film isn’t as prevalent nowadays, Kodak brought photography to the mainstream, making it more available to the everyday user helping lead us to where we are today with digital photography.

Since we were in Rochester, NY for Rob to go to training, I had a good portion of the day to explore on my own. The Eastman museum is the world’s oldest museum dedicated to photography and one of the world’s oldest film archives. This museum is a leader in film preservation and photograph conservation, educating archivists, and conservators from all over the world. Geeking out over old cameras, the history behind Eastman’s beautiful mansion, and all the photography relics and other exhibits was a perfect way to spend my morning. There is a fee to get in $15 now, but that includes 2 tours that you can hop in on; a tour of the house and another, outside in the gardens. I did both. 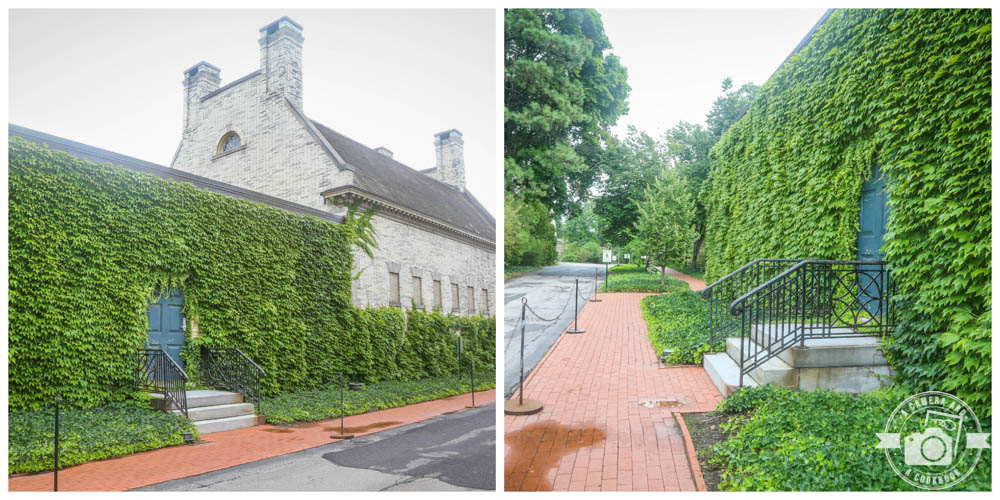 Eastman’s house which was completed in 1905, which had revolutionary technology that we now take for granted like central AC. The complex is also the home to 500-seat Dryden Theatre, which is the primary exhibition space for showcasing the museum’s collection of motion pictures, recent restorations, as well as traveling exhibitions and premieres of new foreign and independent films.

Eastman was also an avid explorer and huntsman. He would go on regular safaris to Africa, bagging himself elephants, rhinos, and antelope. He would then would use the taxidermied animals as decorations, ashtrays, and umbrella holders, which are all on display. (The elephant head is a facsimile based on a plaster cast of the original. Legend has it that the real elephant head is buried under the Rochester Zoo.) Here’s our tour guide telling us about it.

You park behind the house and enter through the museum entrance before entering into the mansion. I enjoyed seeing all the old camera and reading their history. For those that love photography history, the camera to the left is a Panaflex Gold II 35mm cine camera ca. 1987
The one to the right is a Motiograph Deluxe projector, ca. 1928 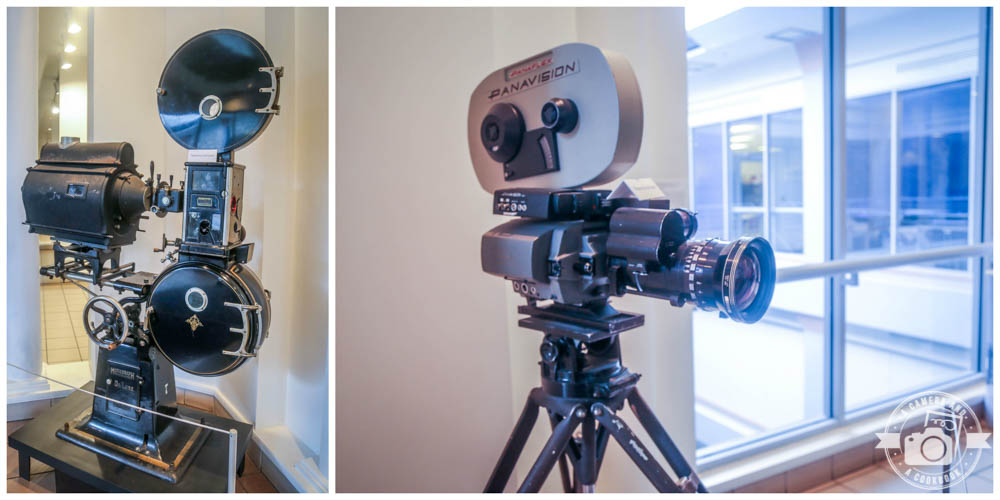 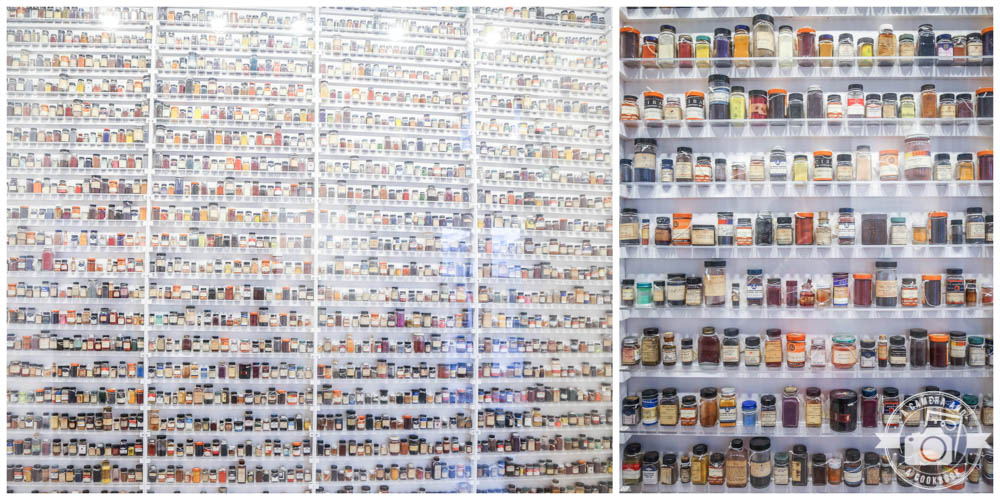 When I was there they had a Photography and America’s National Park Exhibit, which I thoroughly enjoying having just traveled to Yosemite earlier that year. 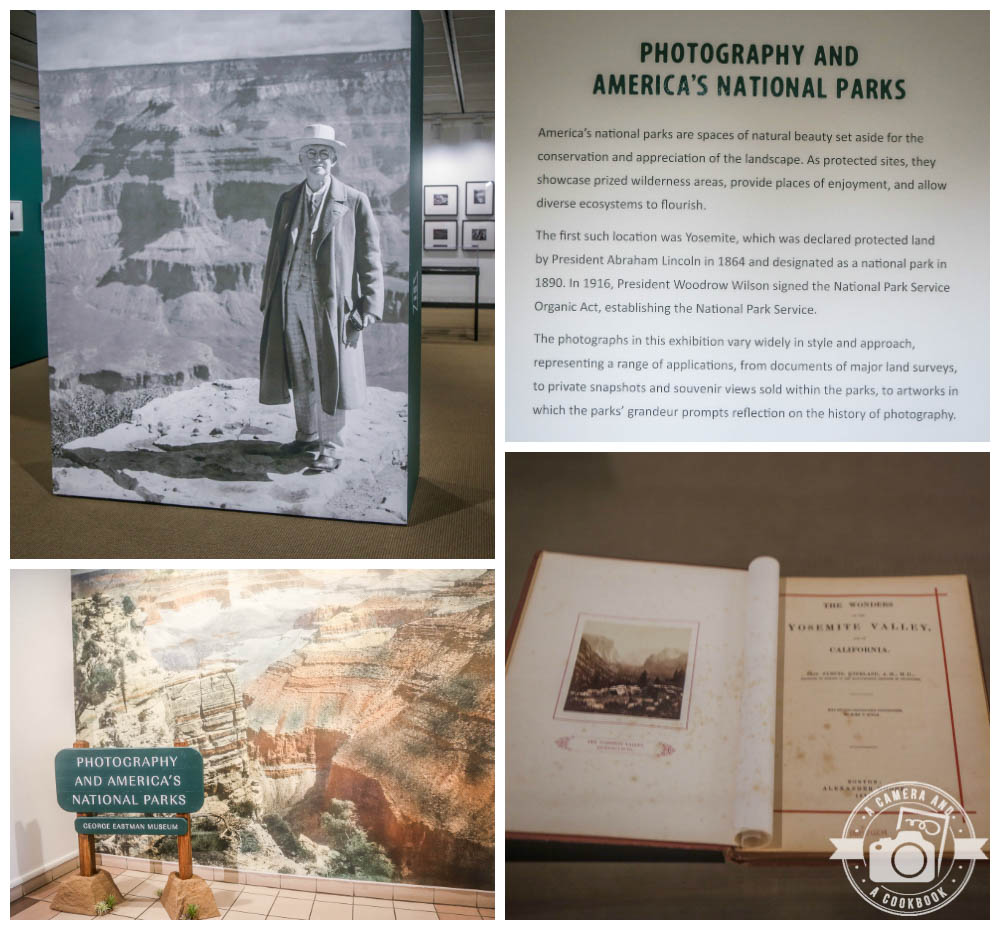 Just before entering the mansion, you see a picture of George Eastman with a short synopsis of his life. He was one of the outstanding philanthropists of his era, donating more than $100 million to art institutions, public parks, hospitals, dental clinics, and charitable organizations around the world. (Read what it says next to his picture here.) And just to give you an insigh to how wealthy his really was when he died in 1932 he was worth $84.9 million which today would equal about $1.6 billion!! So this means he gave away nearly $2 billion according today’s money! You gotta respect that!

One of their ongoing exhibits (located on the 2nd floor) is called Making Photographs: The First 50 Years, which focuses on the development of daguerreotype, wet-plate, and dry-plate photography; and The Revolutionary Kodak, which showcases the new system of photography that Eastman introduced to the world—through both the evolution of the camera and the snapshots each has captured. 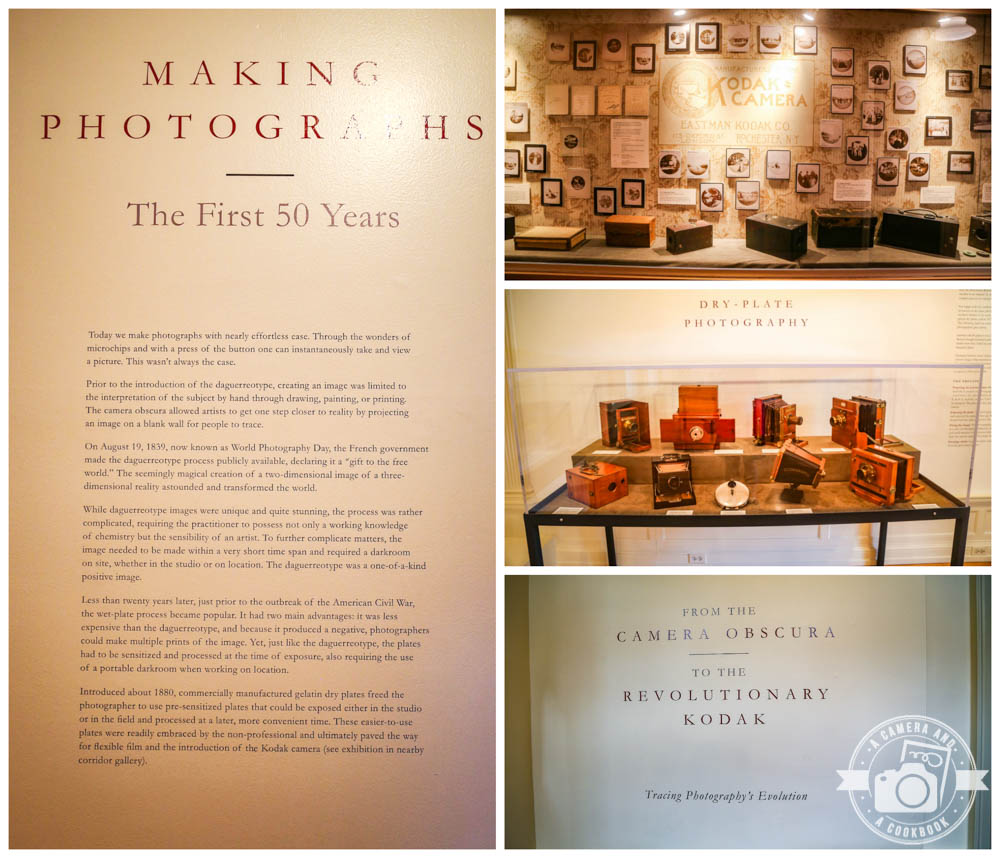 In the Eastman Mansion, one of my favorite rooms is one you enter in pretty soon after the tour starts. It’s a beautiful conservatory with Eastman’s elephant trophy (which is actually a fiberglass replica of an elephant Eastman bagged while on an African safari.)

Here’s a view of the conservatory from the 2nd floor.

Something I found absolutely fascinating was that in 1919 Eastman became dissatisfied with the size of the conservatory. He decided to have the room enlarged about ten feet. The house was divided in half, part of it was placed on rollers, and it was moved back the necessary distance. (picture)

Eastman’s mother, Maria Eastman lived with her son until her death in 1907. This was her room. 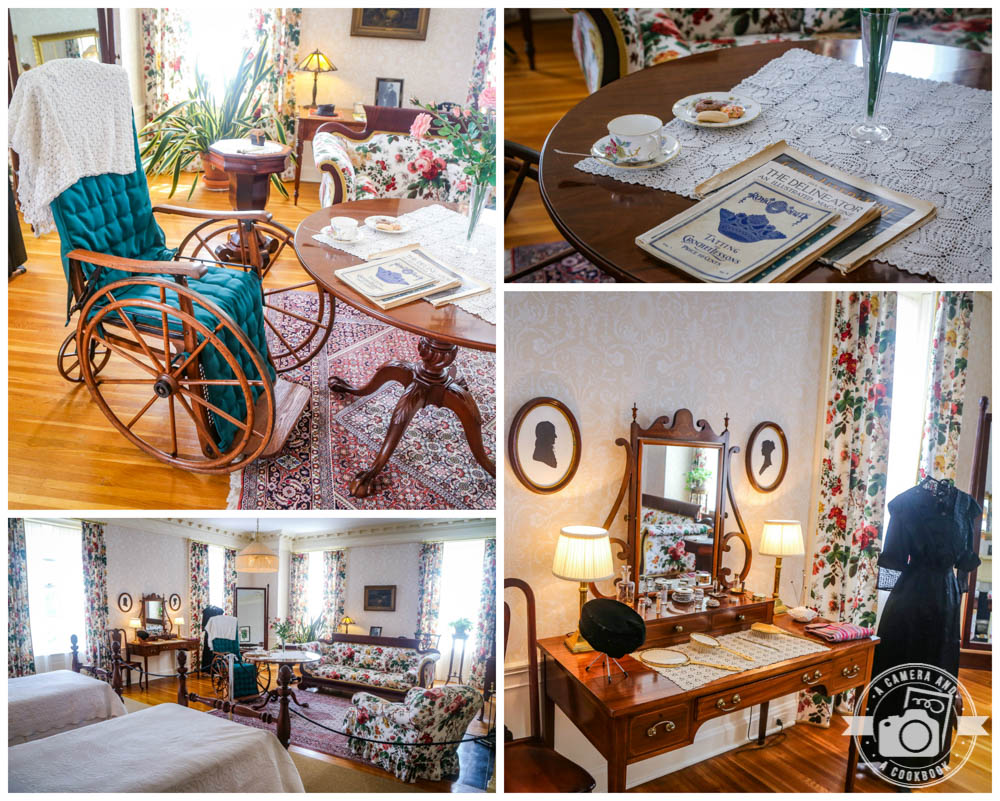 Some other pictures from around the mansion

Views from on house of the Terrace Garden, which is the oldest and most formal garden on George Eastman’s estate designed between 1902 and 1904 by Alling DeForest. It includes 23 beds containing more than 90 varieties of plants.

Beautiful staircase which is a grand center piece to the 35,000-square-foot, fifty-room residence made of reinforced concrete.

On the Garden tours you get to see several area around the Eastman mansion. Historic Landscape. This is the West Garden originally called the “sunken garden.”

Apparently I loved Zinnias back then too. These were in the Library Garden. 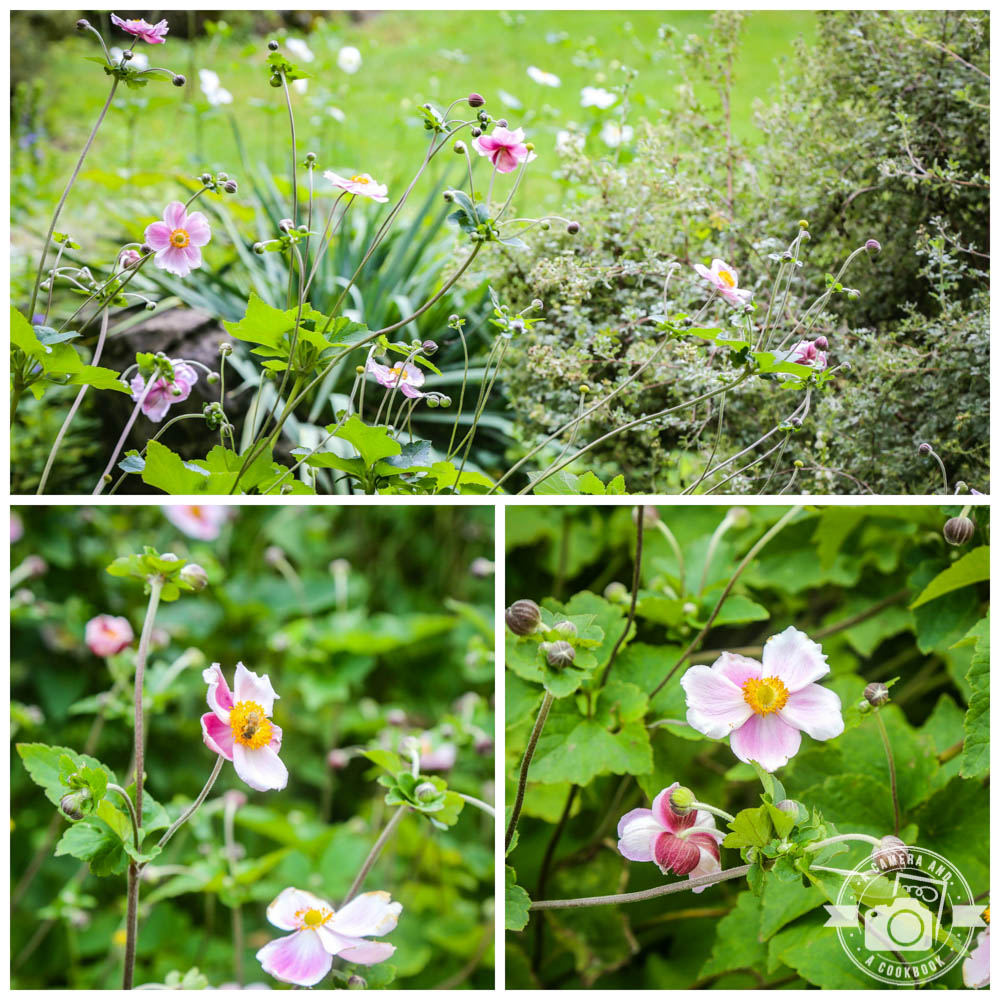 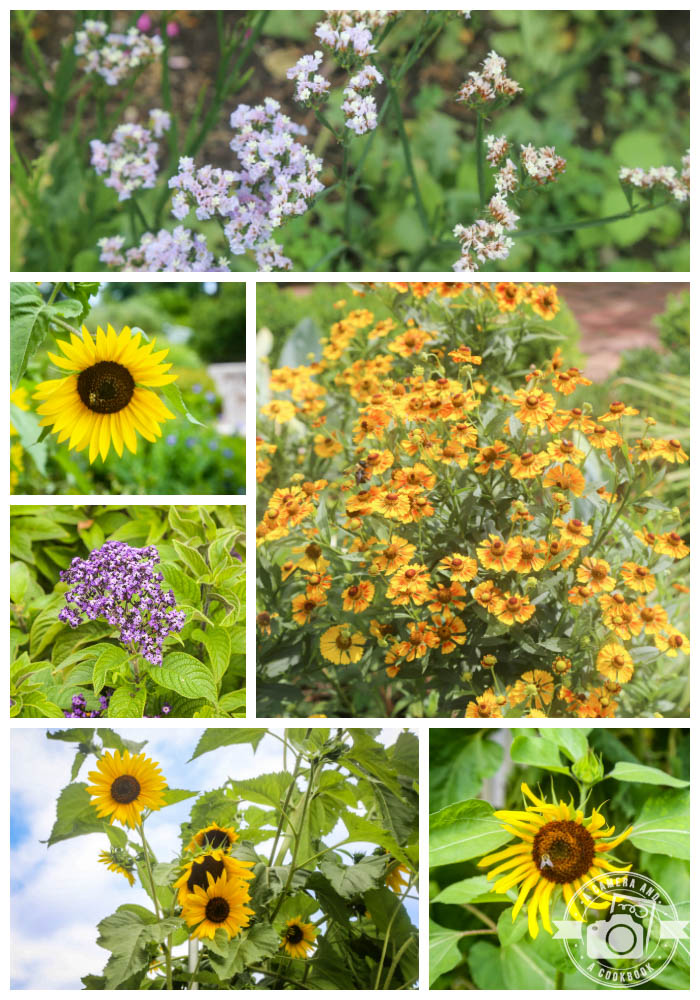 This little guy was hanging out having lunch.

If you would like to read about my first full day in Rochester>>>Rochester, NY Trip Report – Day 1