PICS & GOINGS ON
When I looked at all my pics on my phone for this last week, they were almost all from the garden! With it being the end of month last week, I updated you with most everything that happened last week in those posts. So here’s what happened in the garden last week…

My Dr. Wyche’s Yellow Tomato is blushing/ripening/changing color. I’m so excited! This was on Wednesday. 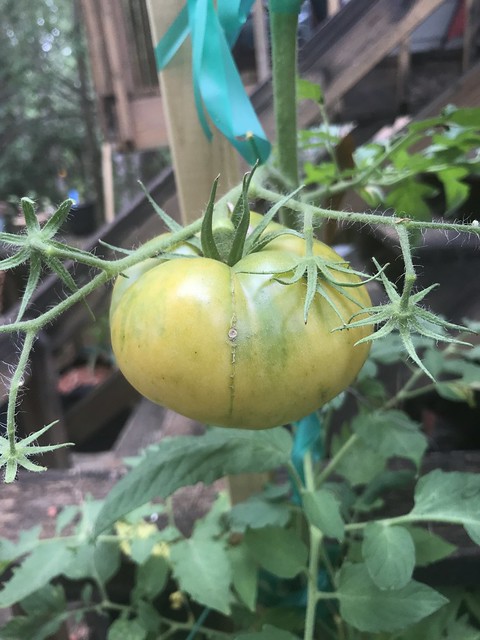 On Saturday, it was fully ripened and ready to pick! Drew and I ate some on our hamburgers this past weekend and oh boy! were they good. Much sweeter than your average store bought tomato 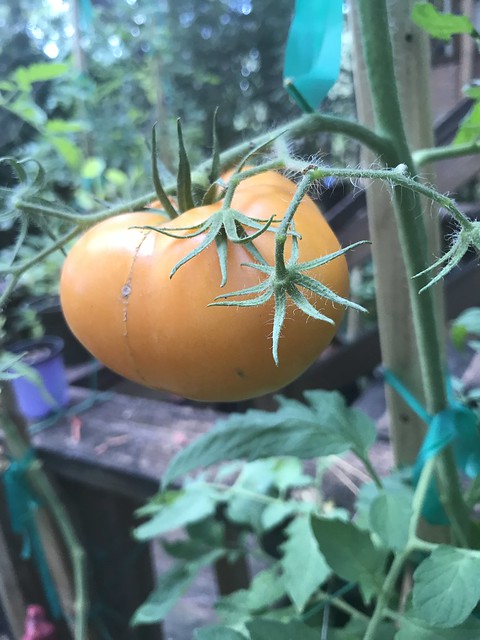 When I was out in the garden this week, my first beautiful Paul Robesons were looking gorgeous and ready to come off the vine. However, at a closer look I saw this. Ugh! The horror! A bug has beaten me to my lovely tomato! 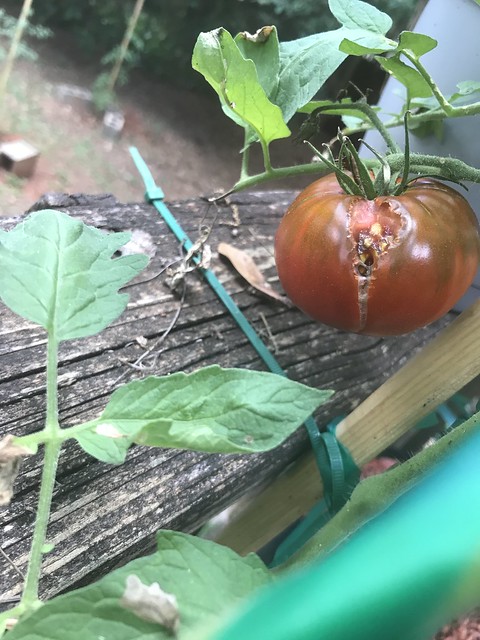 I actually had 4 Paul Robeson tomatoes on the same plant that were all about ready to be picked, so I went ahead and picked on and this little Army Worm was hanging out underneath. There’s my culprit! I went and got my gloves and pulled that sucker off there and put him in a cup of soapy water to be sure he didn’t hurt anymore of my garden. 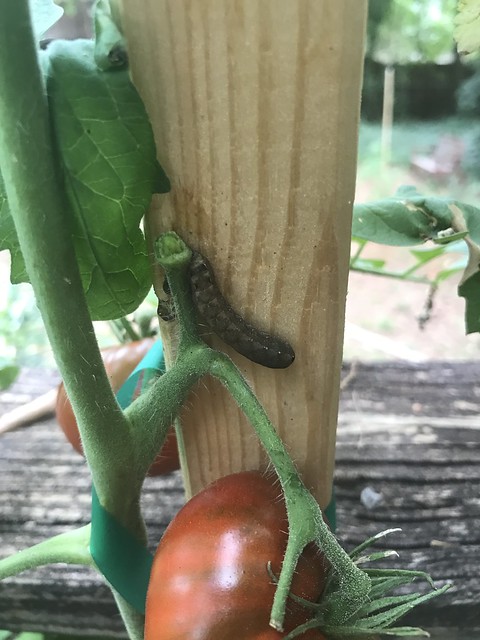 Later in the week, this guy was doing a great job of not hiding on a nearby tomato plant, so he had the same fate as the other Army worm I found. 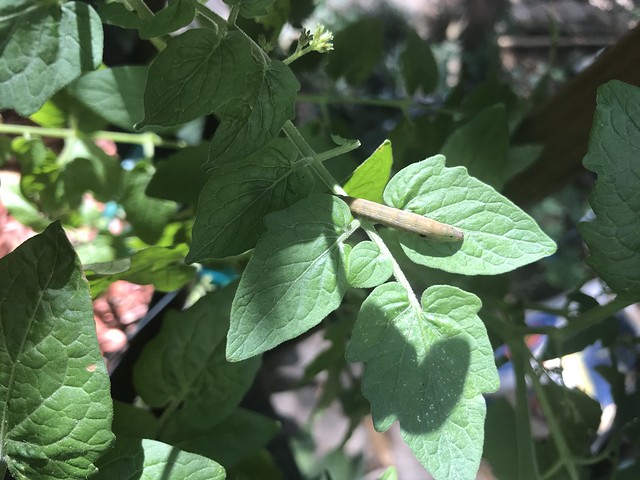 I planted all my fall/winter seeds early last week and many of them have already sprouted. These will all remain inside under grow lights until the heat drops off quite a bit as well as after I start pulling out my summer garden when those plants start dying off and not producing. 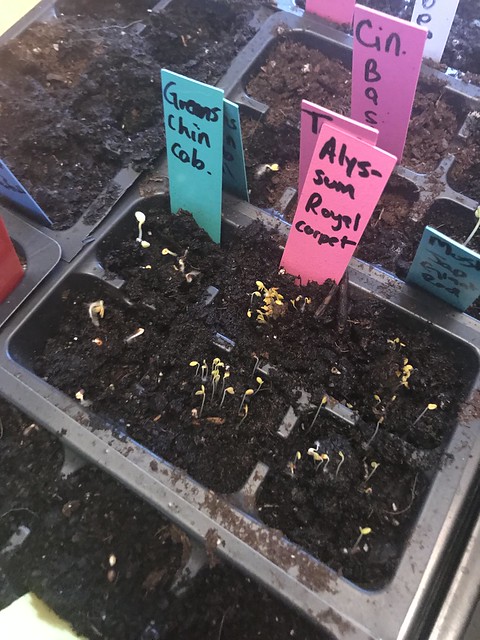 THOUGHTS
My thoughts about the garden this week are that I’m thankful that I found this new hobby and way to get heirloom varieties. Like I said in my Garden post last week I would have never started this if it weren’t for Jess at Roots & Refuge Youtube channel.

While it is quite aggravating to have tomatoes with bites taken out of them, I am also thankful that the pest pressure hasn’t been so bad that I’ve lost entire plants. At least I can still just cut away the part that has been eaten on and salvage the rest, especially since my garden is slow to produce and the slicer tomatoes aren’t producing in abundance (probably because they don’t get 8+ hours of sunlight everyday).

Jess at R&R has reminded me to not let perfection or waiting till I ‘know it all’ to try something. Just do it! You don’t know if you can do something until you try it. I’m so happy to have my lil’ container garden. I wasn’t paralyzed by fear of failure like I am so many times with things in life.