Hey yall! How was your weekend? Mine was good…for the most part. We celebrated Drew’s 23rd birthday. Man, as I type that, it makes me feel old. How am I old enough to have a kid that age?!

I’m changing my “The Weekly” posts to run Monday-Sunday instead of Sunday-Saturday, but this week is my transition so this one runs Sunday-Sunday. I have wanted to do that for some time because that way I have the entire weekend in 1 post not splitting Sunday off from it, which I don’t prefer.

PICS & GOINGS ON & THOUGHTS
Last Monday, which was MLK Day Rob and I went to the furniture store. We had actually been looking that weekend for a few furniture items, but didn’t have much luck. Around here furniture stores aren’t open on Sundays, which is kind of a bummer when you’re on a mission. We ended up getting 2 new chairs for the front room and a sideboard cabinet for the kitchen.

I don’t have a full ‘after’ picture yet, because we actually discovered some wall damage that needs to be fixed. We also found where a rodent had chewed all the way through the wall right behind the cabinet. 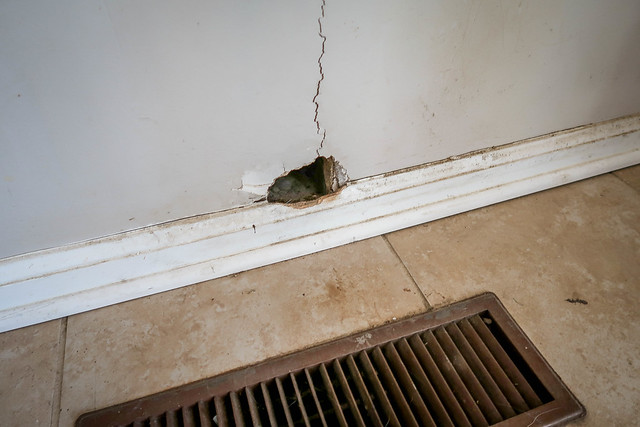 One thing I haven’t mentioned because I was kind of waiting for it to all be resolved was that for a while we’ve heard ‘things’ in our walls and attic. We are working with a company now who came out and find all the entry points and fixed those. They also put traps in the attic and on the roof. They left one outlet hole to catch squirrels alive. They suspected we have squirrels and roof rats. We caught a roof rat in the first 24 hours in the attic. They said if there were squirrels they would try to escape in the first week, into the live traps outside. We never caught any squirrels so they removed those traps and patched that last hole on the roof. So the saga continues. We are still hearing things running in our attic or at least that’s what we think. We’re starting to think what we’re hearing is actually just squirrels running across our roof outside.

We told the Wildlife guy about the hole in our kitchen and he actually came out a patched it for us. We didn’t need anything fancy done, because we’ll eventually patch it and fix the dry wall/paint issues as well.

So back to the furniture! Rob starting removing everything from inside the cabinet and before I knew it he had moved the cabinet, so I didn’t get a ‘before’ pic. However, I did find this one from a few years ago that shows pretty much what it looked like. 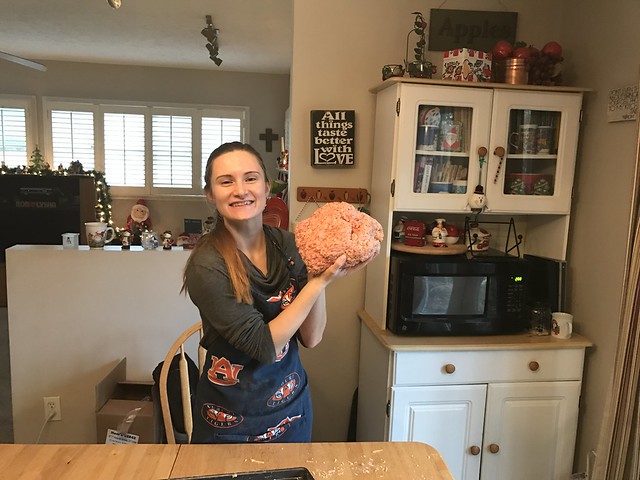 Here’s what it looks like now with the beautiful new piece of furniture. We need to fix the wall and repaint it, which means painting that room. Then we are going to put shelves above the microwave. I can’t wait to have that done!

I also on the hunt for containers to fit on the top 2 shelves that can be seen through the glass doors. The pink containers are from inside the old cabinet that were inside a drawer. Not the look I’m going for at all. I’ll show a pic of all this when we’re done with painting and shelves and containers. 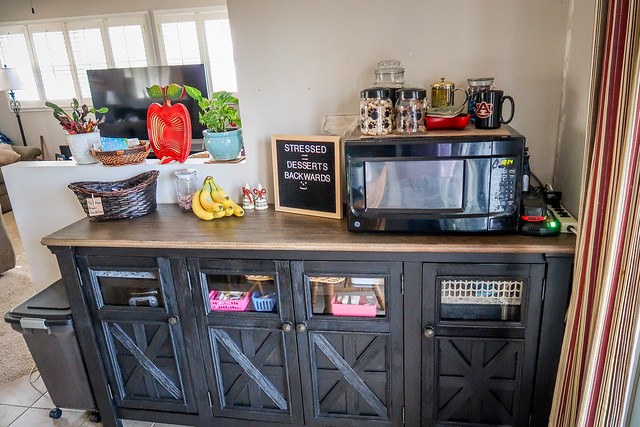 Here is a before picture of part of the front room. This is the kid desk that up until a couple years ago my boys managed to still use to get on the kid computer and do homework. Now it’s more of a catch up all place. Just an eye sore really. We cleared that off and Rob and Drew moved that down into the playroom for now. We’ll eventually get rid of it. 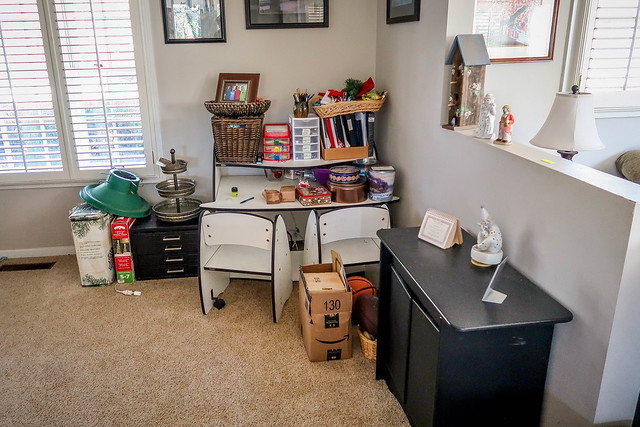 Here’s what that corner looks like now. We still want a table to go next to the chair on the right, but haven’t found the perfect piece yet. 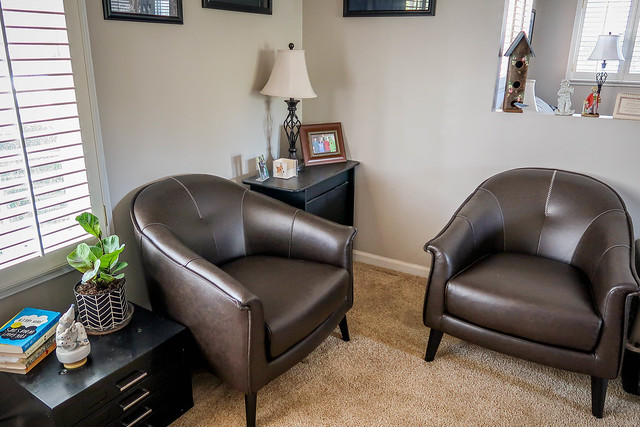 The rest of the week was pretty ordinary. Just working and going through the motions of life, I guess. I did start doing some workout videos on YouTube. Just moving more is a start to feeling better.

Friday night Caitlyn surprised Drew with a little getaway to Atlanta for his birthday, which was Saturday the 23rd. She packed his bag and drove him up there. They stayed right near The Battery. They used a gift card we had gotten them for Christmas for their meal at the Yard House. I wish I had the pic of him with the beer he had there. It was in a glass a half a yard long! Here’s a pic I found to illustrate how tall they are!

The next day they went on a tour of Truist Park where the Braves play. My boy, Drew loves baseball and love the Braves and absolutely love about him. It was a great idea of Caitlyn’s to bring him up there for that, especially because of COVID and the lack of baseball and ability to go to the game. 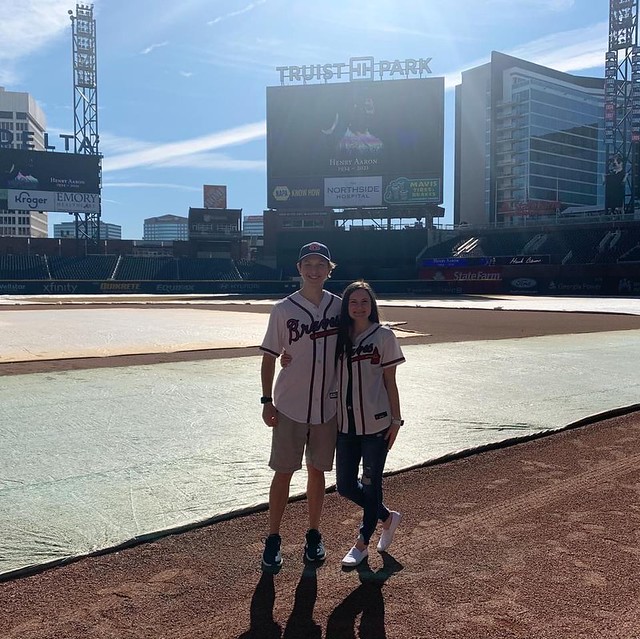 They were there the day after Henry “Hank” Aaron died so they had a tribute to him. What a great loss of such an amazing player and person! 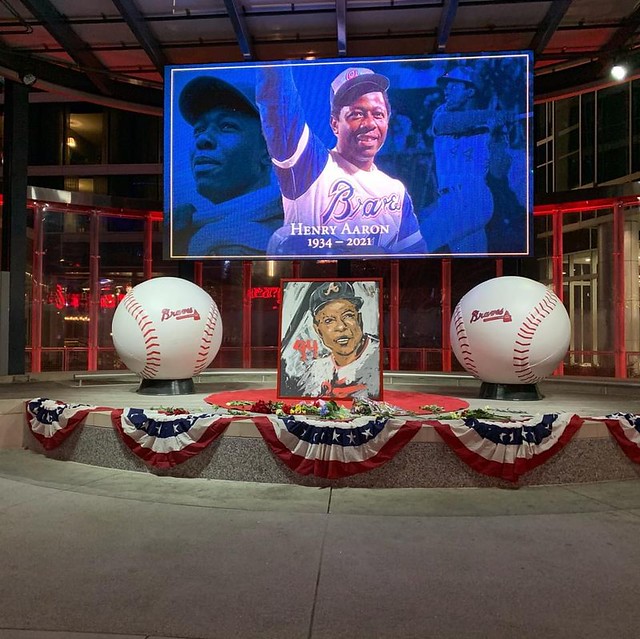 When they got back into town on Saturday they came over and we talked and went to eat. However the real celebration was on Sunday since Alex had to work Saturday night. Sunday he wanted to go to Jim & Nick’s and then we went to Tiger Town for some shopping. We got him a nice laptop bag at Best Buy. Then we went home and he opened his other presents and had cake. 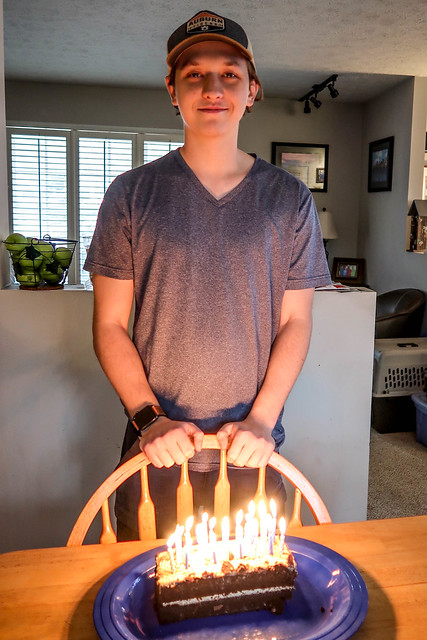 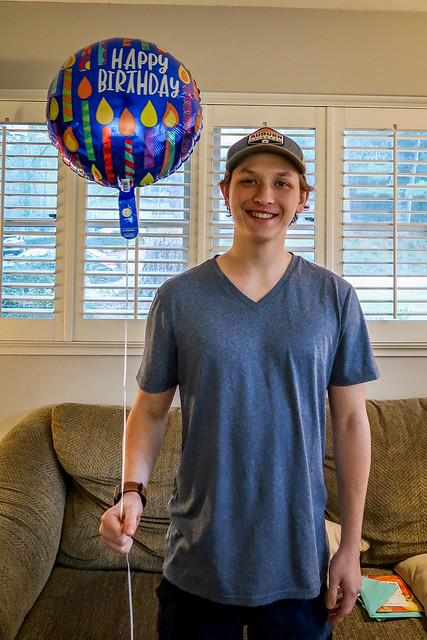 Oh! And on Saturday Rob and I went to campus and got our first COVID vaccine. Even though we had an appointment there was still a long line starting to wrap around Jordan Memorial Coliseum. Reminiscent of voting a few months ago. 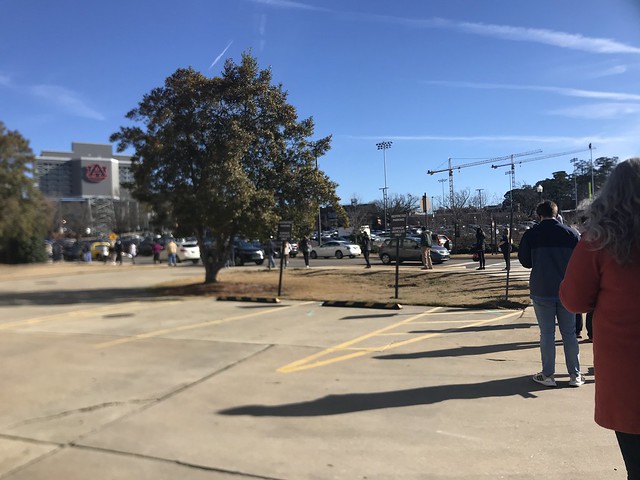 The line did move quickly and the entire process took probably an hour. They did make us sit for 15 minutes to ensure we didn’t have an allergic reaction. 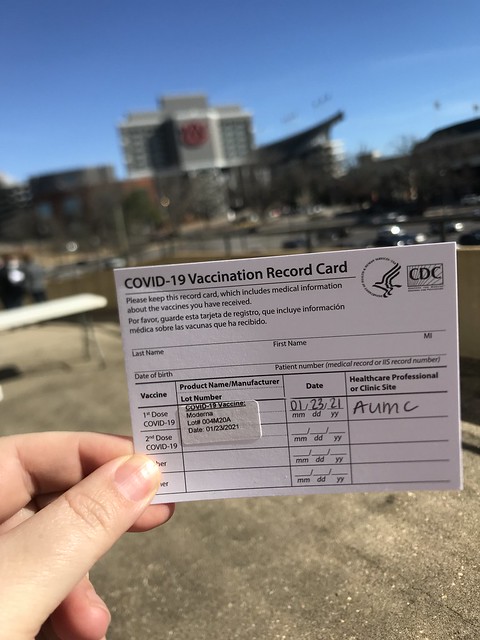 Another week down. I feel like these weeks working from home continue to fly by faster and faster. I’m not sure when my office will return to work for good. The university is saying everyone will return the week of February 7th. That does not include my office due to the nature of our work. How’s it looking where you are with work and vaccines?