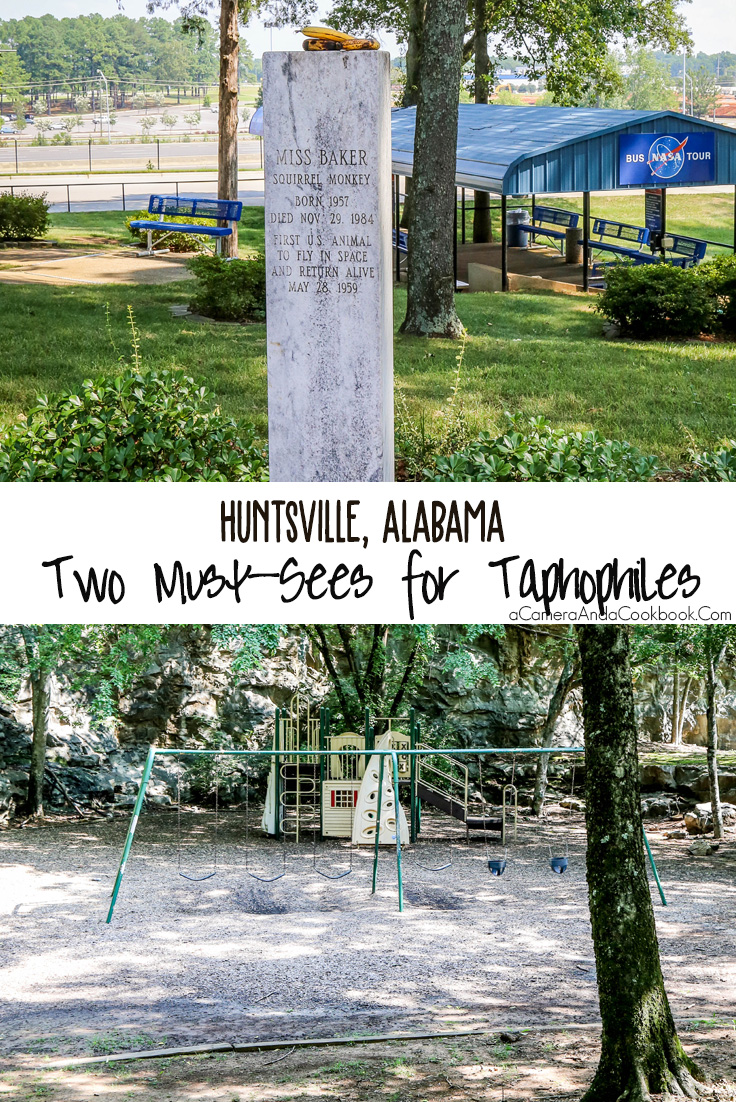 Here we are again for another ‘catch up’ travel post since we’re not traveling much because of COVID. A few years ago Rob and I went up to Huntsville, AL for a wedding. We spent the weekend there and made it into a mini-vacation. While we were there I had a couple spots I wanted to check out because I guess I’m a Taphophile. Admittedly, I had to google ‘nickname for people who love cemeteries’ and found this:

In the last few years, I’ve become quite interested in checking out really old or unique cemeteries. When researching what to do in Huntsville over the weekend, I found several interesting places including these 2 places; Dead Children’s Playground and Miss Baker’s Gravesite, both of which would be interesting to tombstone tourists like me.

Maple Hill Cemetery was founded on two acres around 1822, but has since been expanded to nearly 100 acres with 80,000 burials. It was added to the Alabama Historical Commission’s Historic Cemetery Register in 2008 and to the National Register of Historic Places in 2012. There are 5 Alabama governors, 5 U.S. senators, and many other local, state, and national figures buried there.

I think what this cemetery is most known for is the playground located on the cemetery grounds, which is referred to as “Dead Children’s Playground.” Apparently, it is considered to be one of Alabama’s most haunted sites! Of course, we were there in the day time and there was nothing scary or out of the ordinary. Visitor’s say that have seen glowing orbs, ghosts of children who died in the Flu Epidemic of 1918, and the swings going without being touched. That hasn’t deterred teenagers from hanging out there for many generations, and was the driving force in the restoration of the playground after it was taken down in 2007.

We had trouble finding the playground. Nothing on line gave great directions about how to get to it while in the cemetery. I went into Atlas Obscura and added this information:
The playground is located at the end of Newport Drive which is just off of McClung Ave SE. You can use Google Maps to map you there by typing in Dead Children’s Playground. To access the park from inside the cemetery, you can park near section 40 and walk up the hill. You’ll see a pavilion and the park is just the left of that.

Limestone which is quite abundant in Huntsville surrounds three sides of the playground which gives it a shadowed appearance that definitely gives it a more spooky feeling.

As for the cemetery itself, its beautiful and old. Nothing super out of the ordinary. You’ll find broken headstones, family stones, angel statues, footstone, all the normal relics. 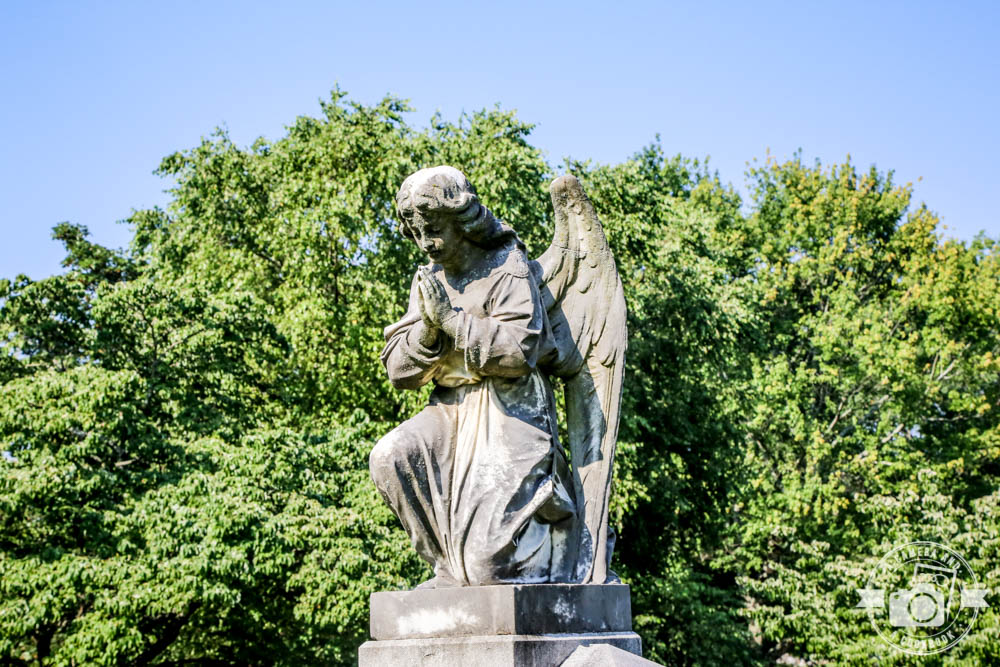 I find it interesting to find grave sites of people with names from my family. This is my maiden name. Have you ever used Find A Grave? You can make a profile and save grave sites for loved ones, as well as updating grave site info, add photos, and more. 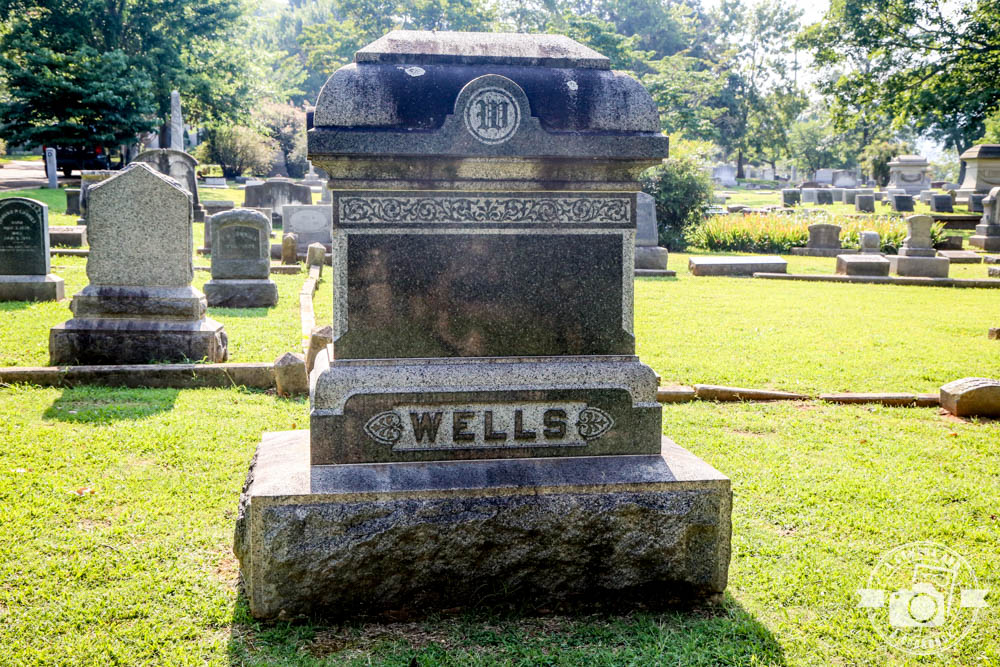 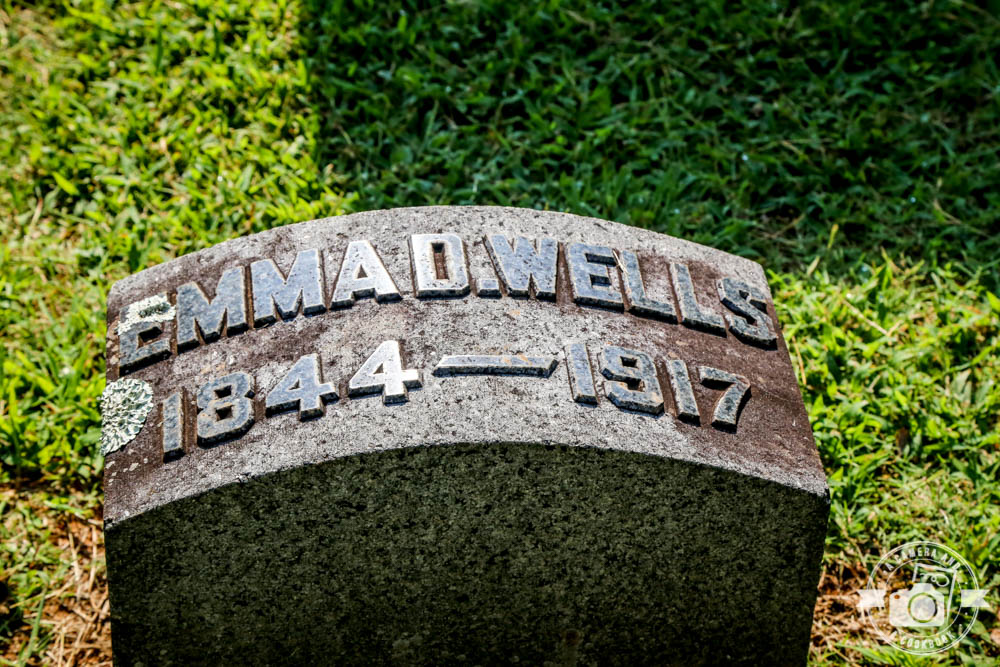 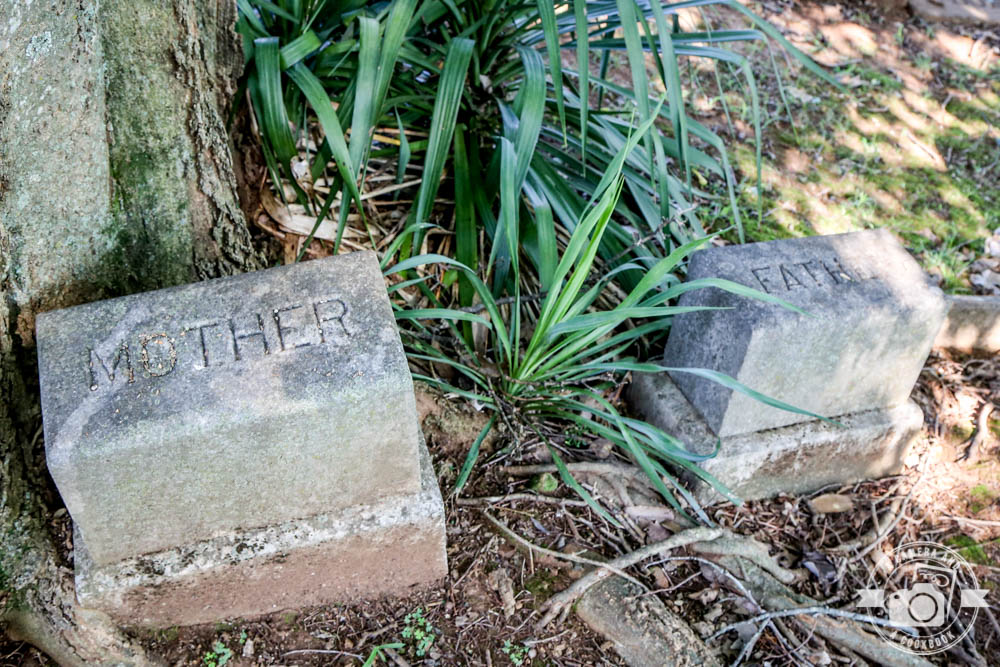 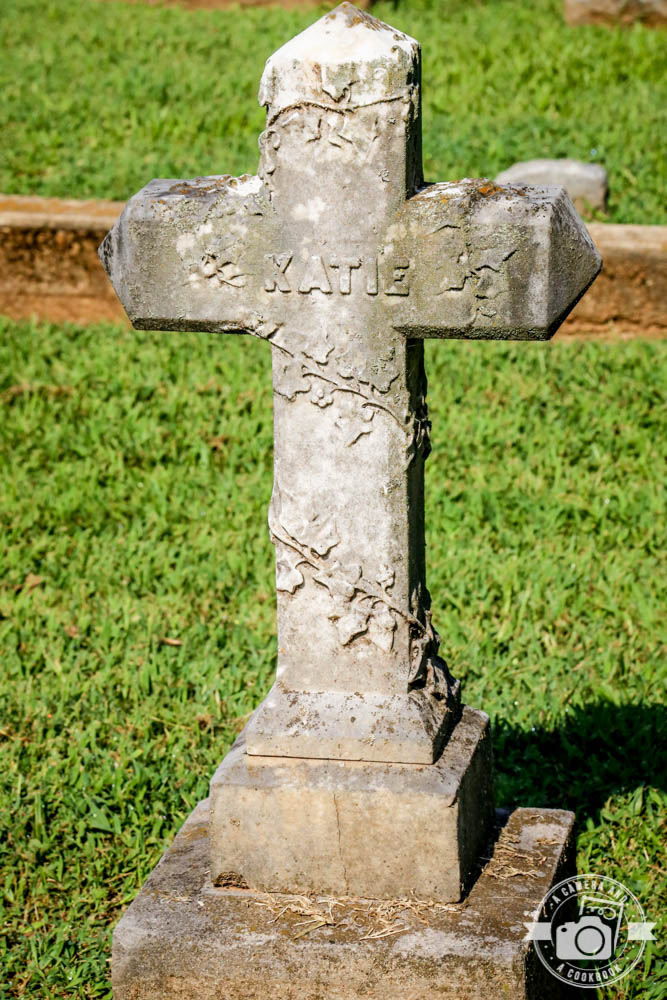 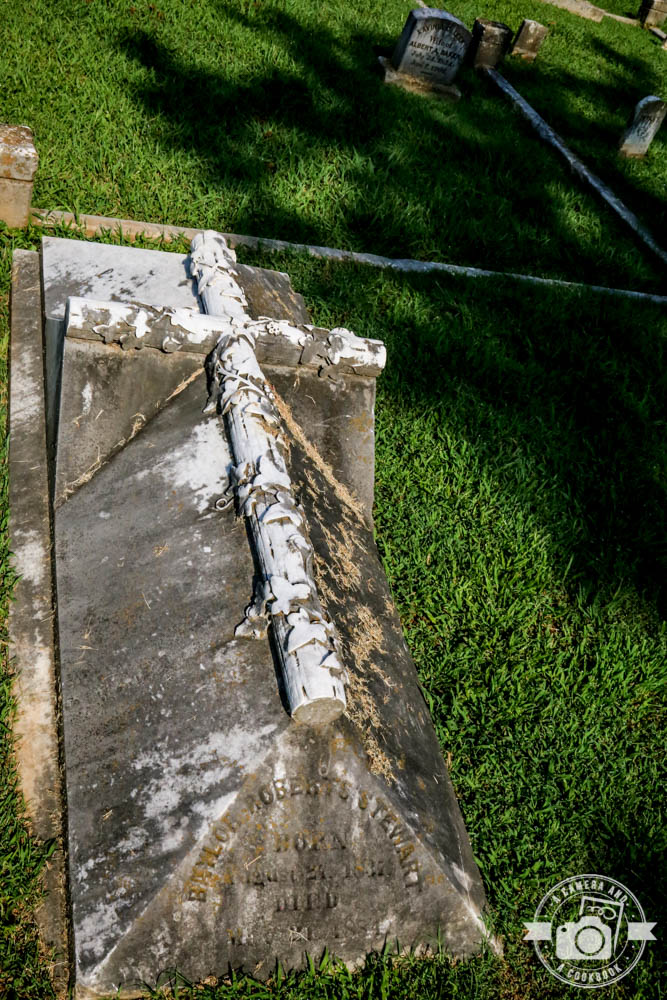 Here’s the ‘Find A Grave’ page for this soldier, George Taylor, that has more info added, which is always interesting. 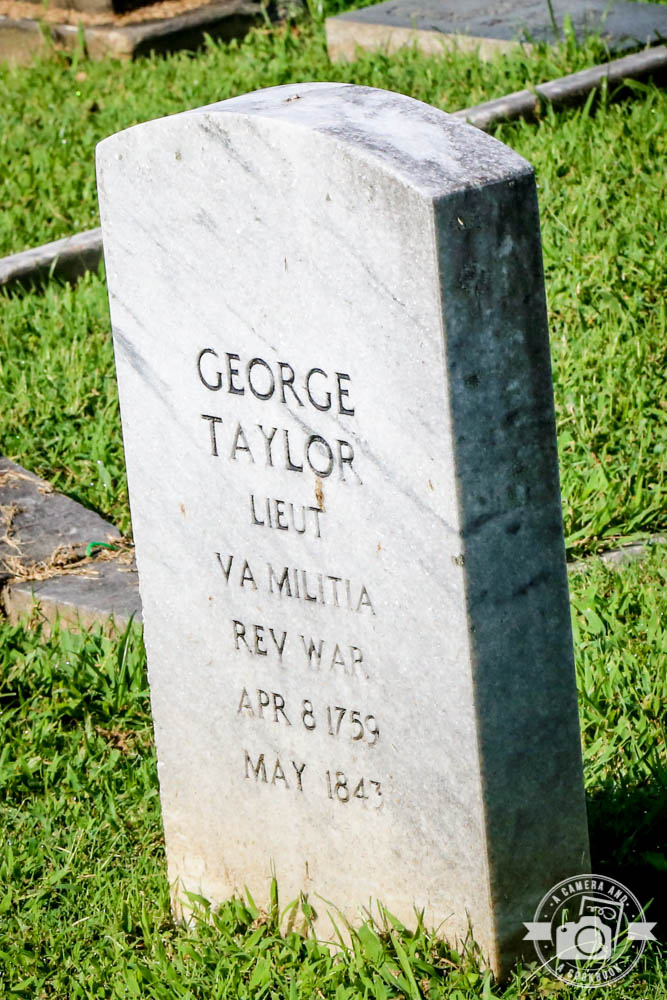 I was surprised at how many children and infants that were buried here that were from years other than 1918 during the Flu Epidemic. It makes me appreciate modern medicine even more, because I’m sure many of these deaths would be prevented today. Although I’m always so curious as to why they died. 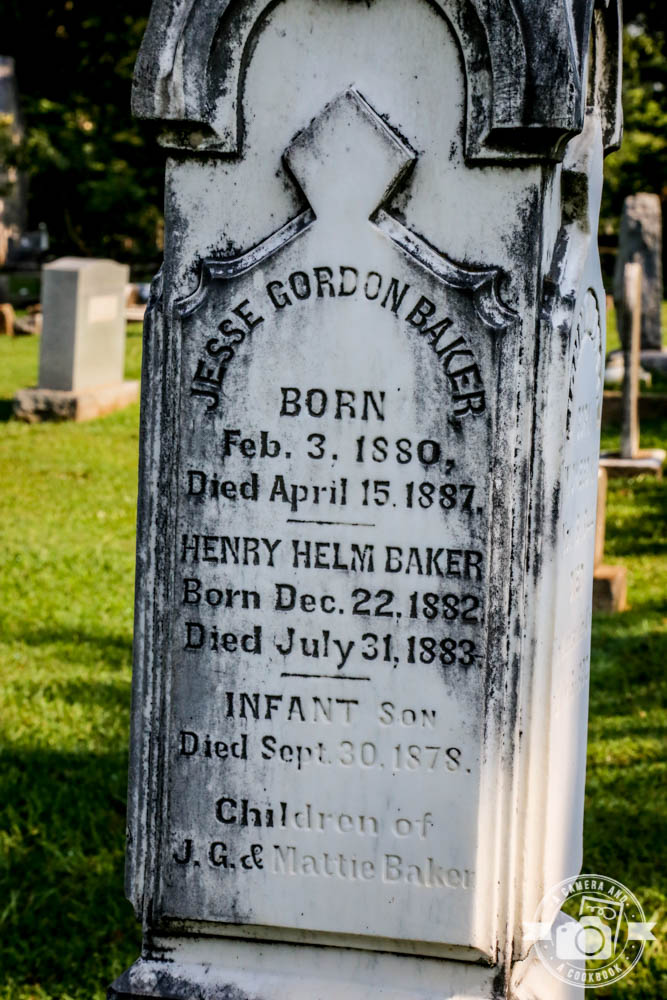 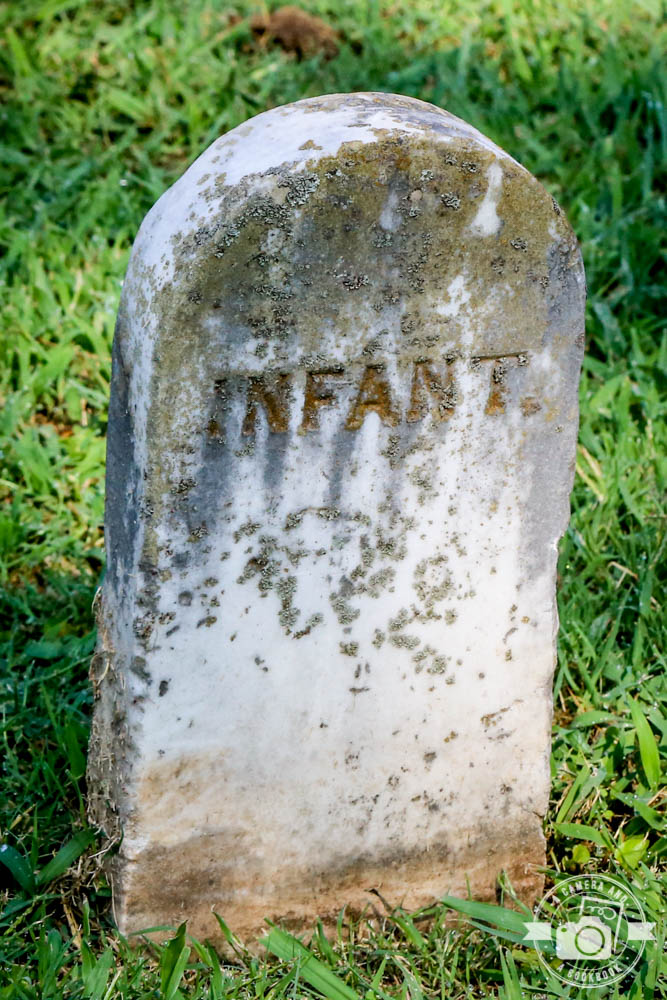 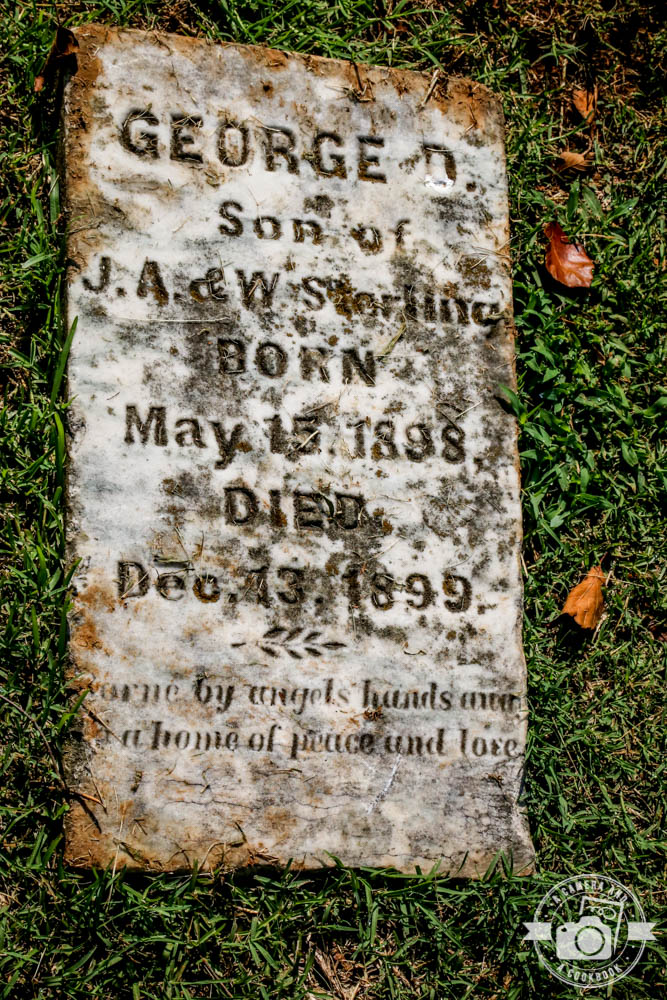 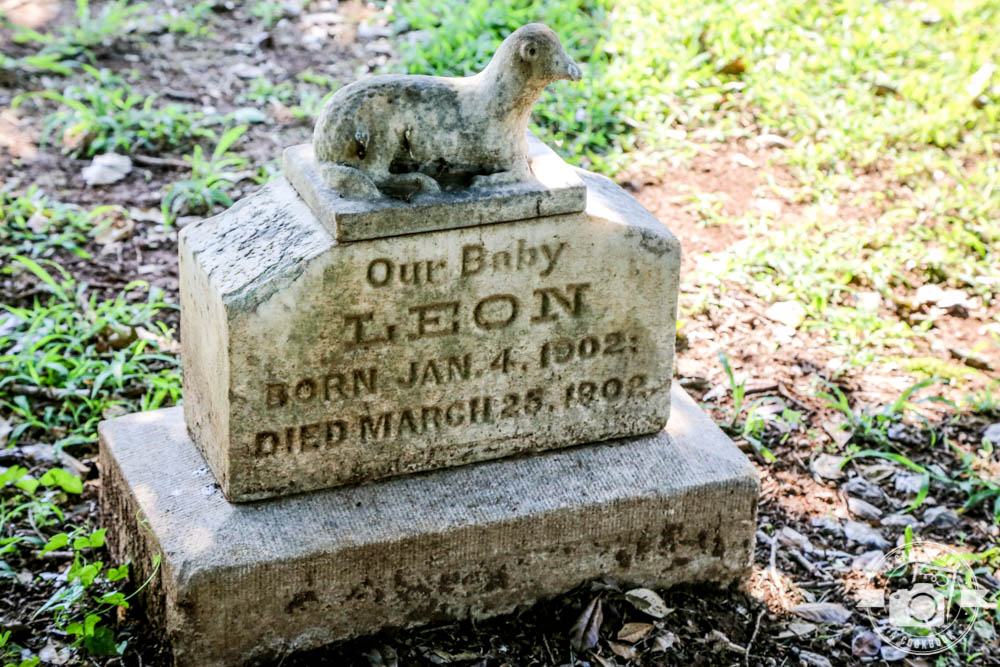 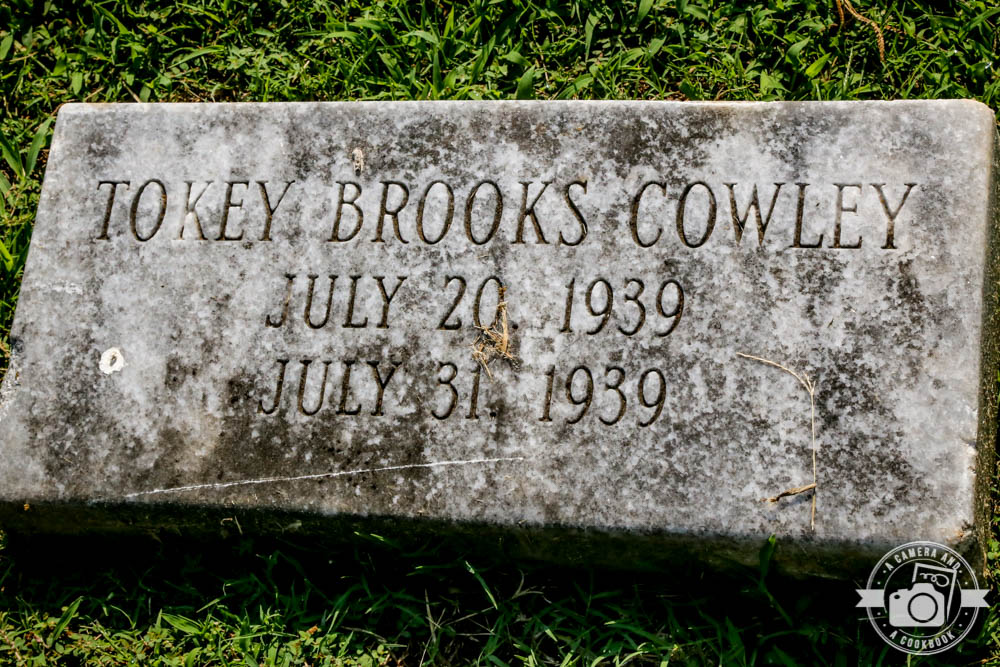 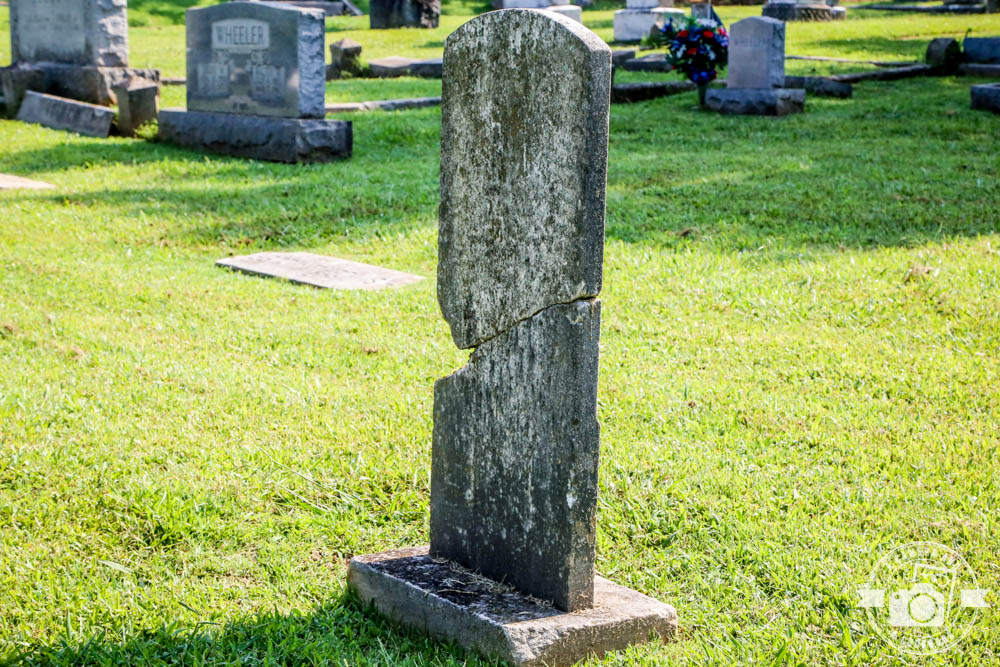 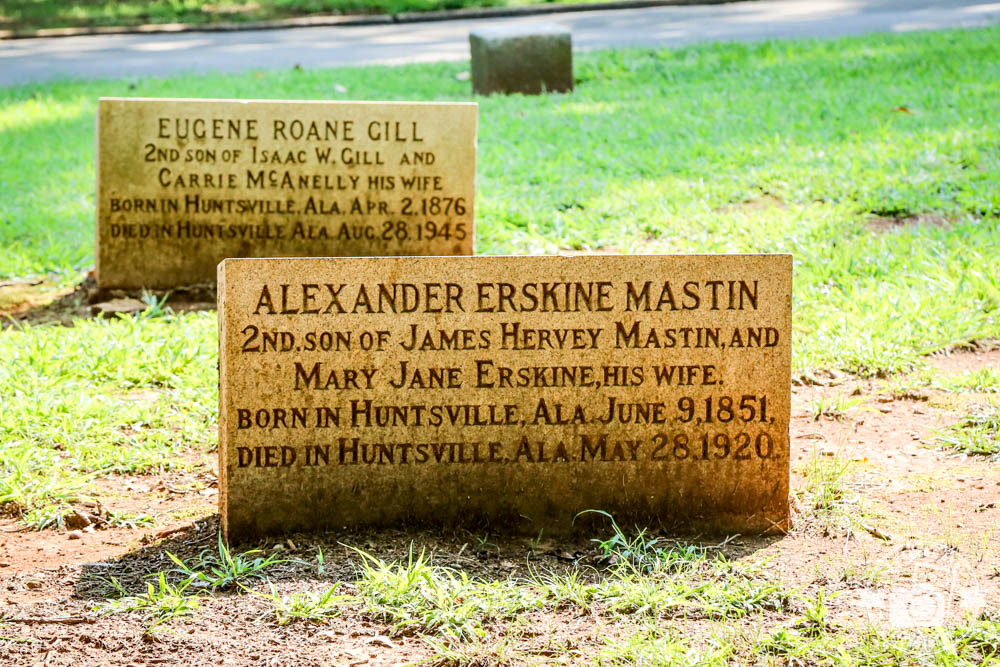 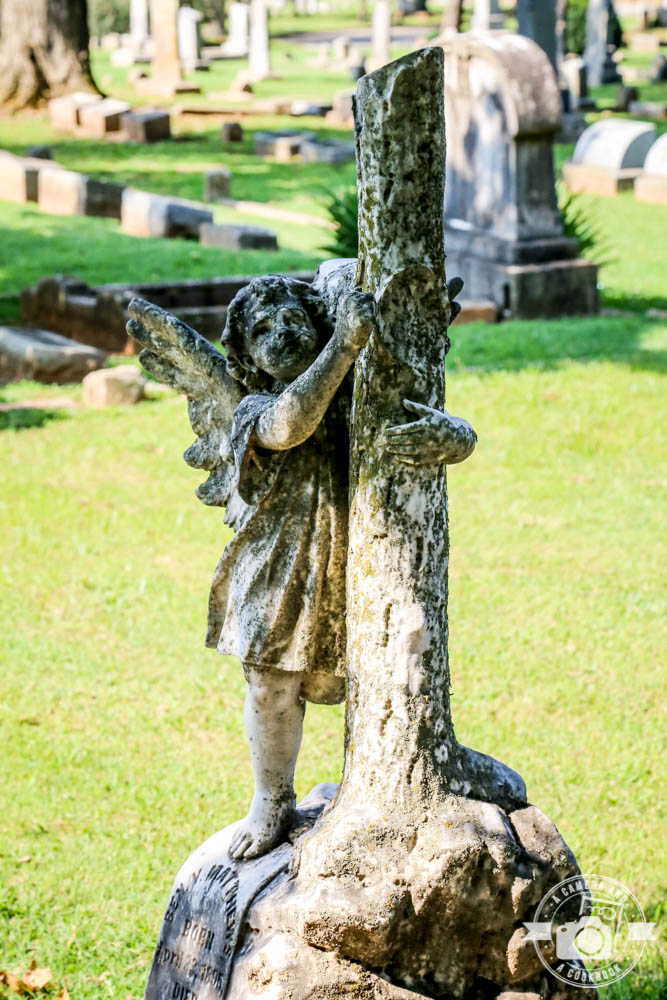 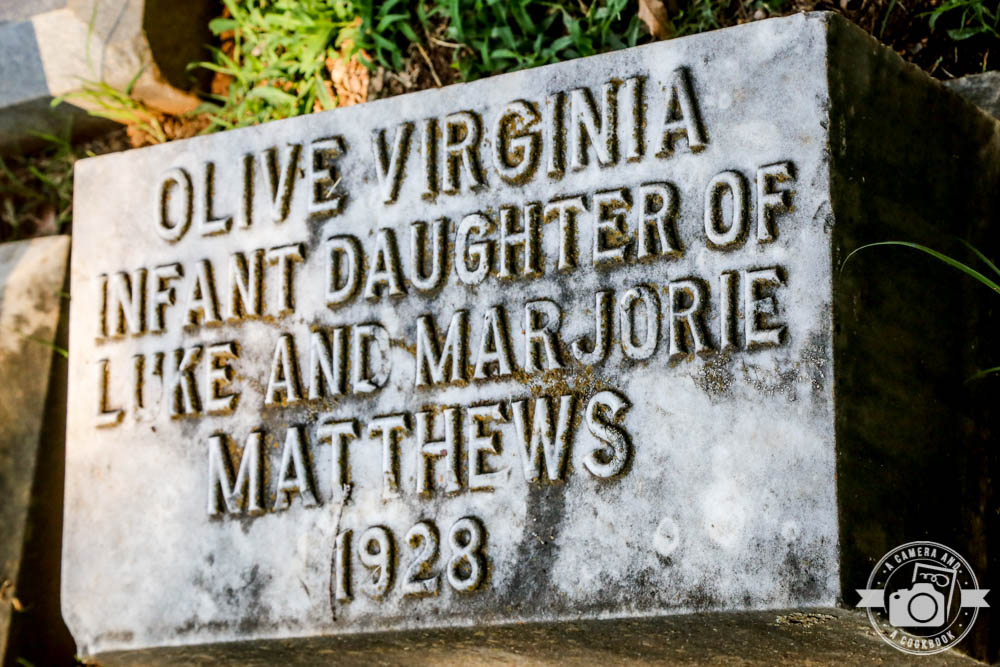 Love the AU on this headstone. 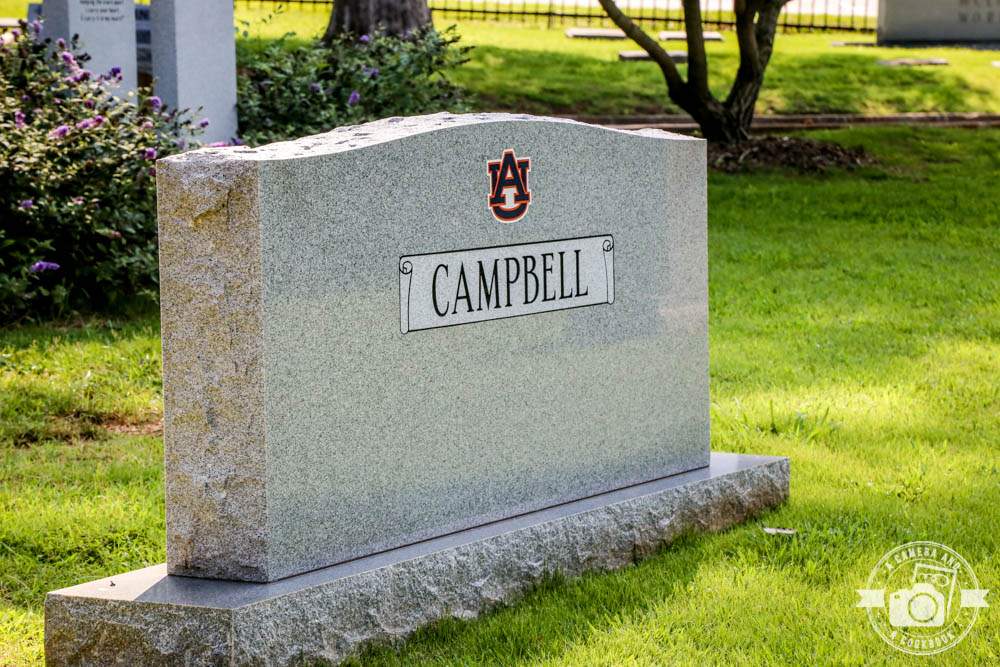 The Grave of Miss Baker

The next stop was the U.S. Space and Rocket Center, where I wanted to find the grave site of Miss Baker.
1 Tranquility Base
Huntsville, Alabama 35805

Miss Baker (1957–1984) a “monkeynaut” was a squirrel monkey who in 1959 became along with Miss Able (a Rhesus Macaque) one of the first two animals launched into space by the United States and safely returned.

Both Miss Baker and Miss Able were placed in the nose of a rocket and blasted 360 miles to the edge of space. Miss Able died from a reaction to the anesthesia used while her electrodes were being removed. Baker was unharmed and went into retirement at U.S. Space and Rocket Center in Huntsville, Al until she died of kidney failure at the clinic at Auburn University Vet School after attaining the record for the oldest living squirrel monkey.

Miss Baker was buried in a grave outside of the U.S. Space & Rocket Center in Huntsville, Alabama and given a proper headstone next to her first “husband,” Big George. Their graves are located right near the entrance of the main building. You’ll see the headstone just to the right of the walkway near a grove of trees. Admirers and fans of the little astronaut still come by and leave bananas on her headstone. The body of Miss Able is on display (in her flight capsule) at the Smithsonian National Air and Space Museum.

You will find their graves on the right of the sidewalk there under that first tree. 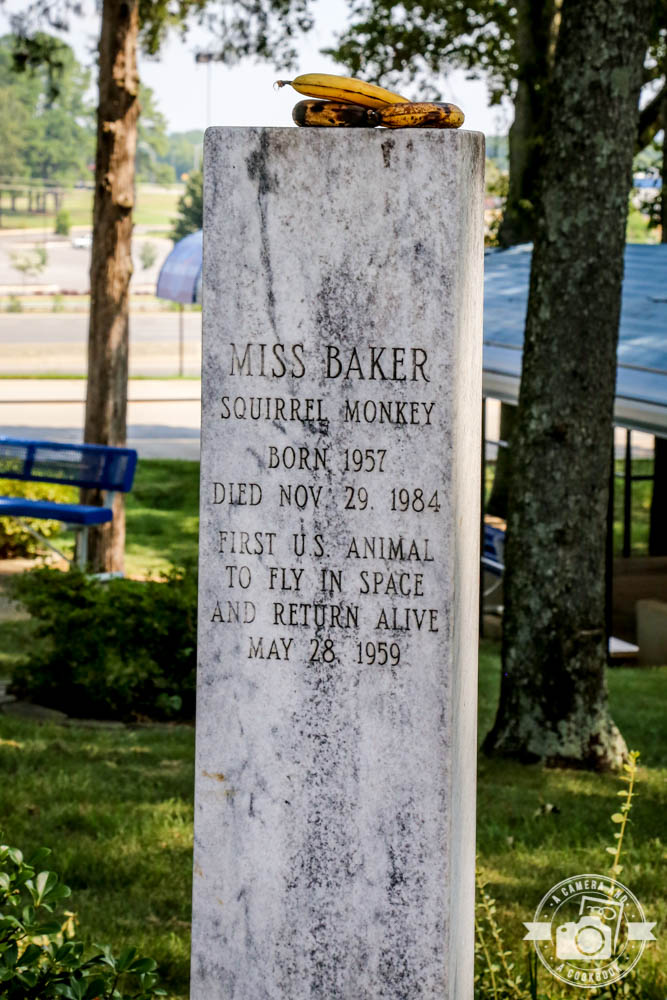 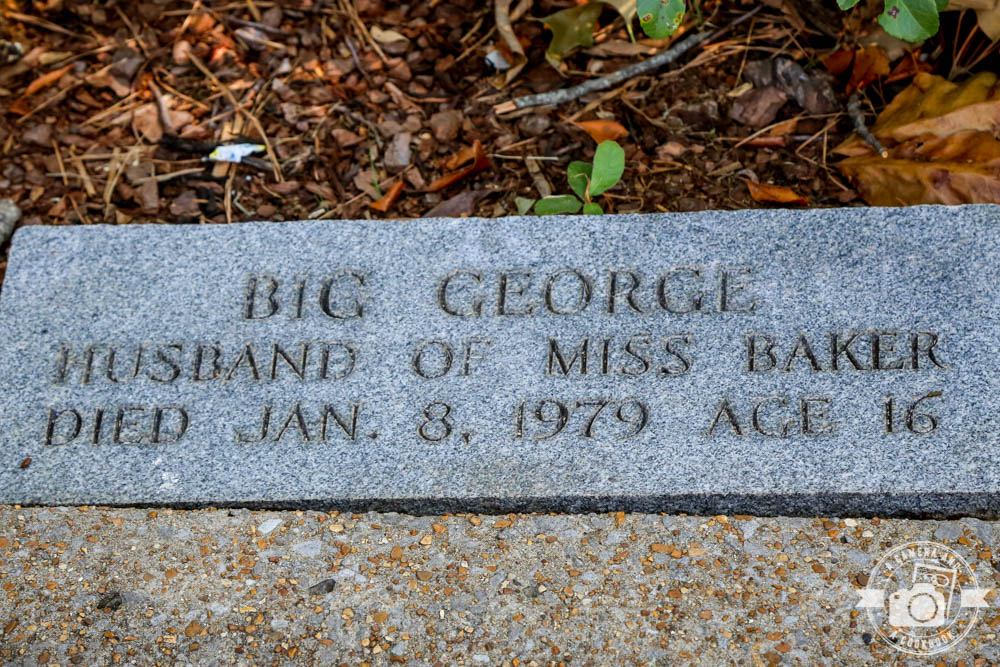 And there you have it; Two Must-Sees in Huntsville, AL for Taphophiles! Hope you enjoyed that look into 2 interesting locations in Huntsville. My next travel post will continue in Huntsville as explored nature trails and city parks.