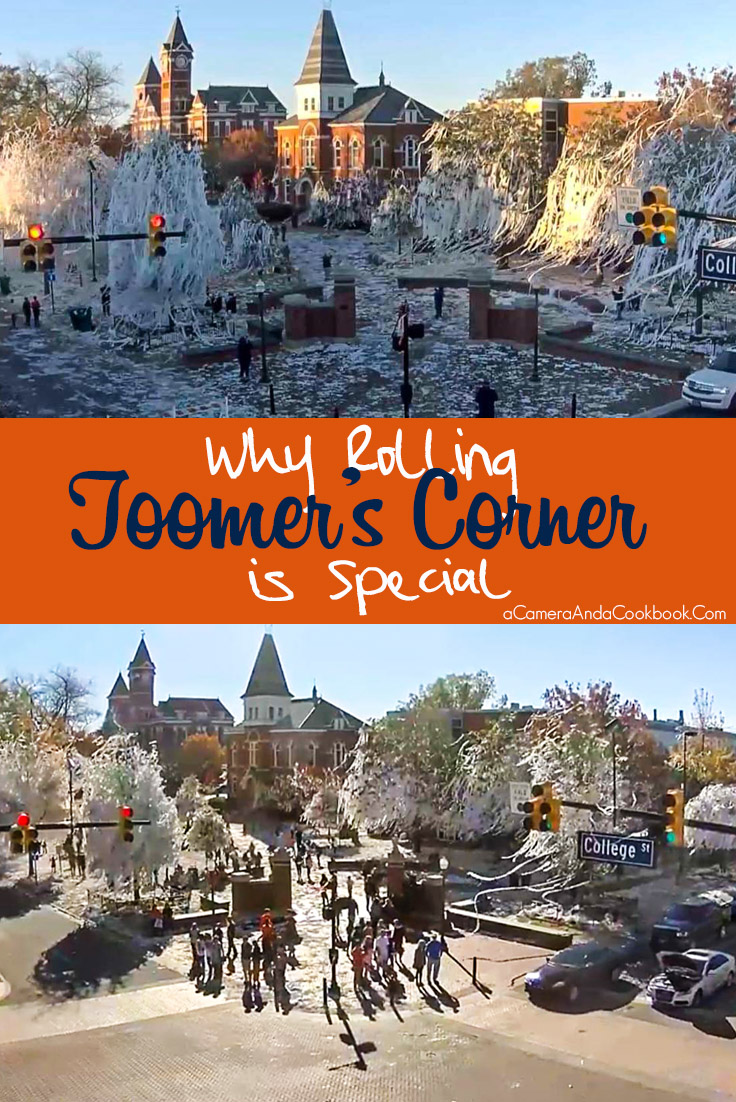 ​As an Auburn alumnus, employee, and now parent, this is a beautiful sight.

Most people look at this with disgust seeing a mess or even vandalism. Because I love Auburn, this is a beautiful sight.

I don’t see defacing of property. I see victory.

I don’t see violence or harm. I see celebration as Auburn fans, family, and friends coming together after a win.

I don’t see vandalism. I see tradition that dates back to the late 1960’s.

With this particular rolling after our win over Alabama, our state rivals, I see an opportunity to play for the SEC championship in Atlanta next week.

This corner, Toomer’s Corner, holds a special place in all Auburn fans’ hearts. Our hearts are happy when we get the chance to go down to the corner and celebrate with the rest of our Auburn family and throw paper in the trees as we cheer “It’s great to be an Auburn Tiger!”

I guess it’s just one of those things you can’t truly understand or appreciate how or why it’s so special until you are a part of it and I’m thankful that I went to Auburn and that I live in Auburn.

To the Auburn Family that reads this, what makes rolling Toomer’s Corner special for you?

More about Toomer’s Corner:
We are the Champions – 2011
Toomer’s Oak Trees – after the trees were poisoned in 2011
The Last Rolling of the Trees – April 2013
Saying Goodbye – seeing the trees before their gone – April 2013
Like a Funeral for a Friend – the removal of the oaks – April 2013