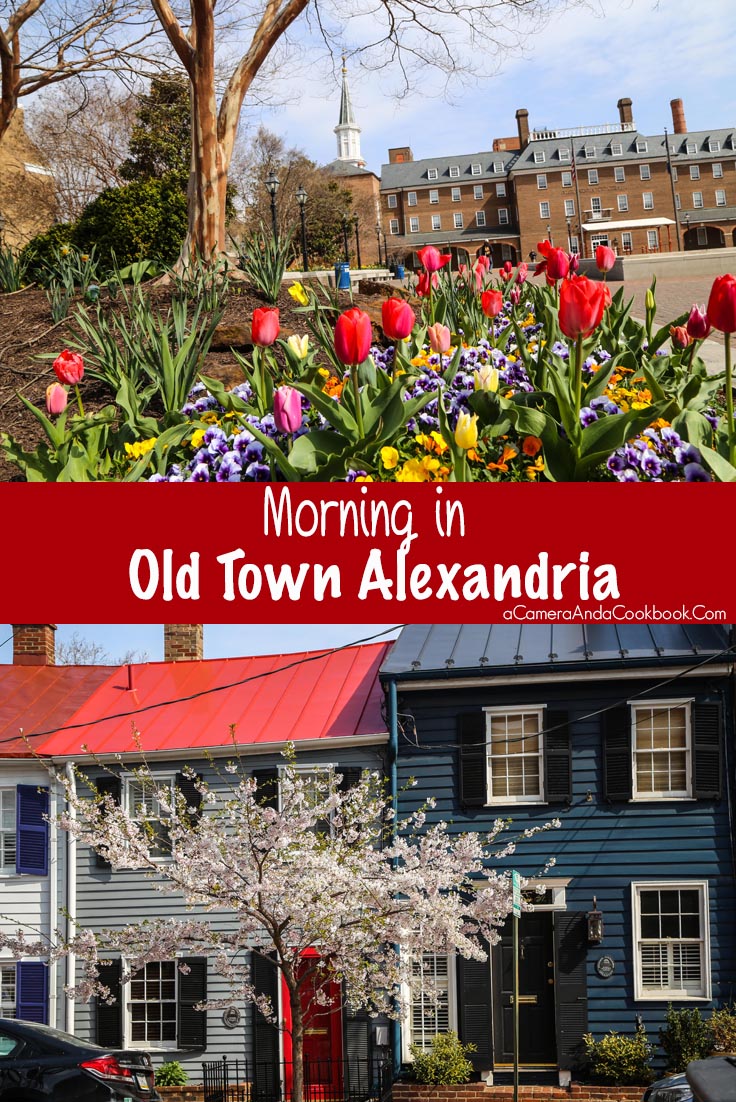 Today I’m continuing my posts from our DC Trip.

Rob’s first full day at the conference, I decided to do something that wasn’t on my list of must does so that I could get back to the hotel for lunch (since it was included in the guest fee that we paid.) I drove over to Old Town Alexandria, VA. I didn’t have anything specific I wanted to see or do, but you know I just enjoy driving to a place, walking around, taking pictures, and exploring. I’ve always heard that Old Town Alexandria is such a lovely place so I thought this would be a good place to go for a couple hours and not have to take the Metro.

I found an inexpensive parking lot on the corner of Cameron and N. St. Asaph St. (here).

My first stop was at the Christ Church, because as I came upon it I noticed a small cemetery. This church was built in 1773. From the outside the sanctuary appears to be in a great shape considering it’s age.

As I’ve been researching this church and it’s cemetery, I’m a little upset that I didn’t go inside. Apparently this Christ Church is where George Washington attended church, as well as Robert E. Lee! This ought to teach me to read the signs. I’m so bad about taking pics of signs and reading them later. Lesson learned!

Back in America’s colonial period they called cemeteries located on the church grounds, churchyards. A burial location not at a church was called a graveyard. Due to health concerns related cholera as well as other infectious diseases, they banned burials in the city limits. Alexandria designated a plot of land south of town off Wilkes Street to be the burial location. I would like to go to Wilkes Street Cemetery next time I’m in that area.

Oh I digress. The small churchyard that is behind the sanctuary is the resting place of thirty-four Confederate Soldiers, as well as several soldiers and their families dating back to the Revolutionary War. See a list of people here. As sad as it is to see old, crumbling, and disintegrating headstones, I just find something so magical and enchanting about old cemeteries. 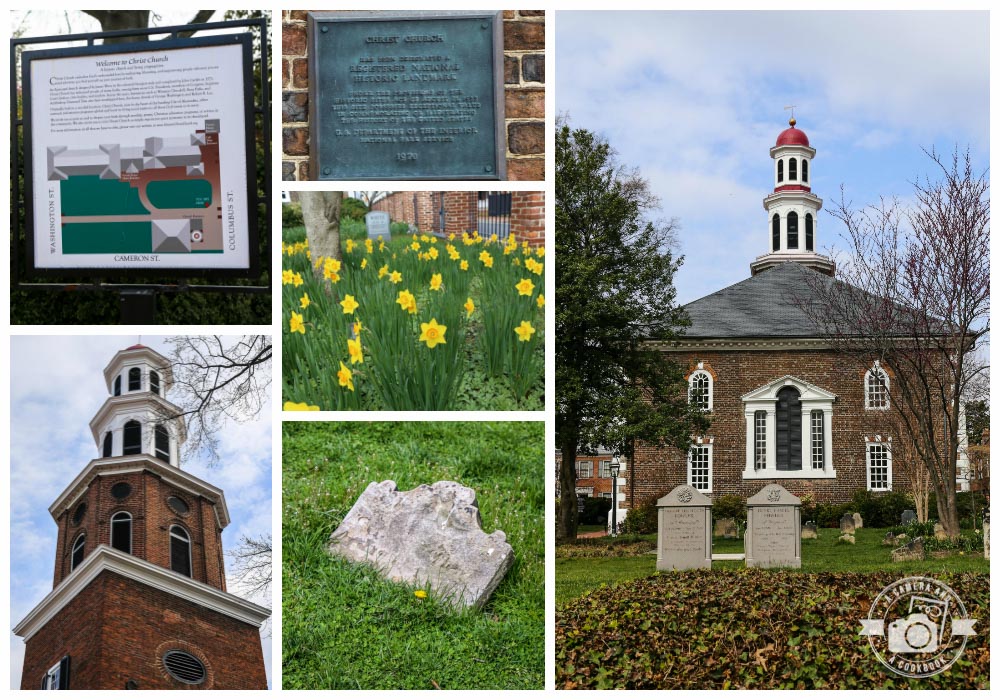 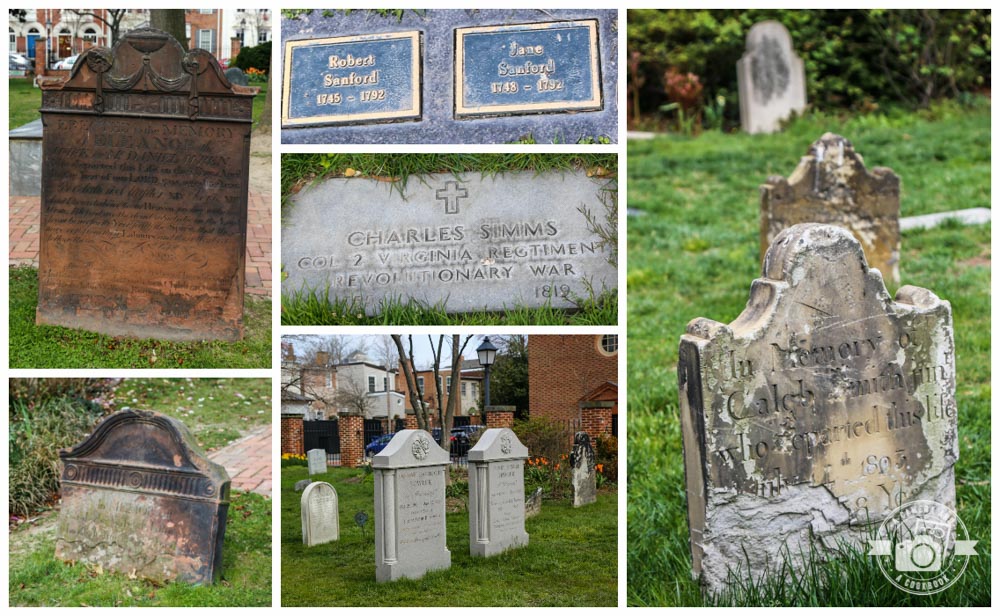 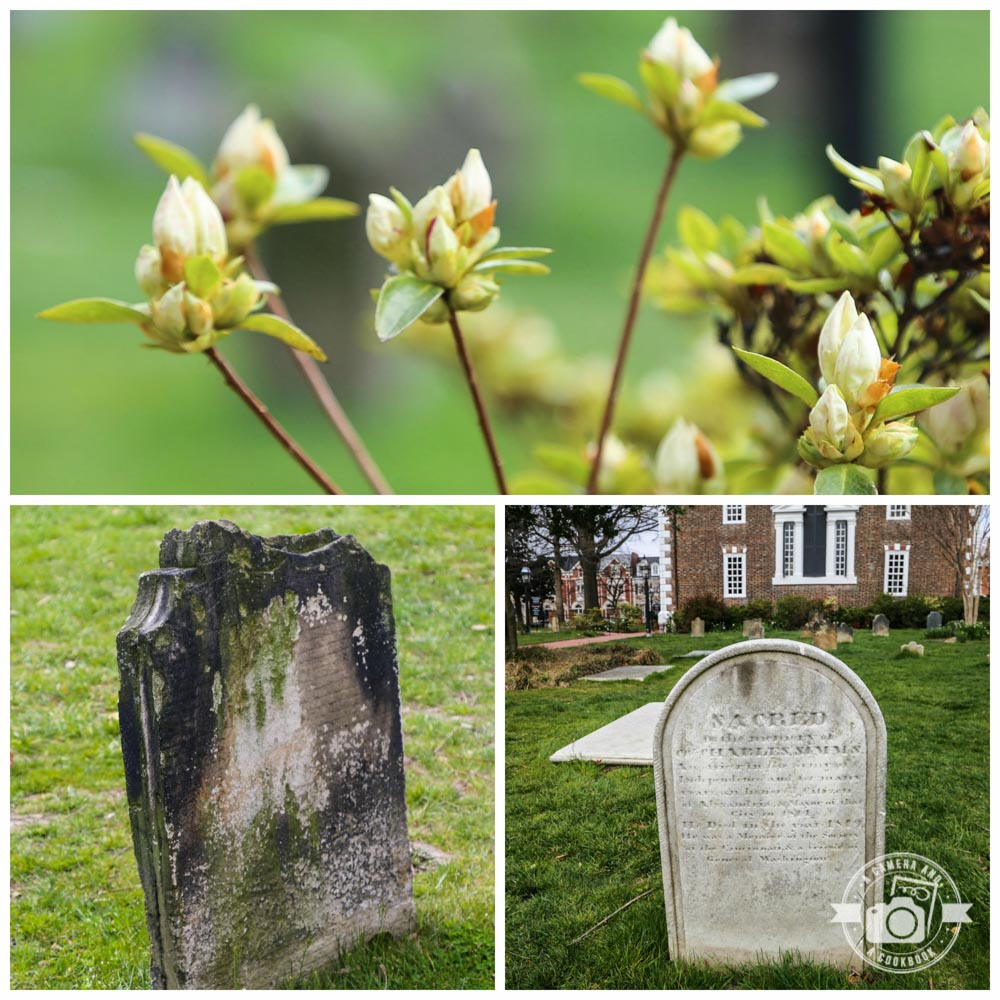 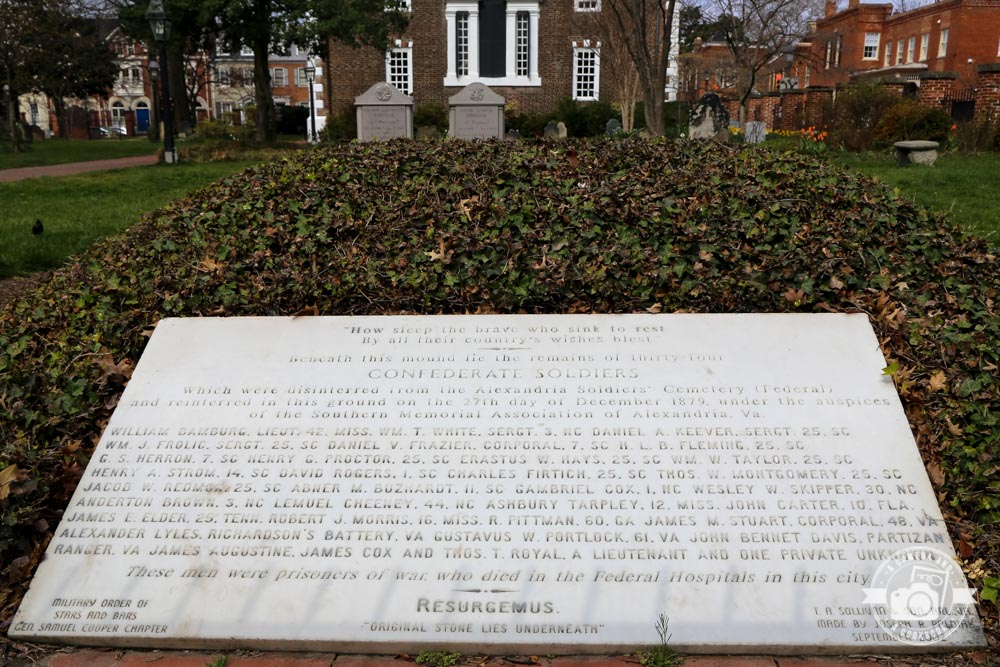 Moving on from there I continued to stroll this quaint little place. While I wished I would have planned for this little escapade so that I could have hit some highlights, it was better than just hanging out at the hotel that morning. Here’s some pics from the rest of my time in Old Town Alexandria. 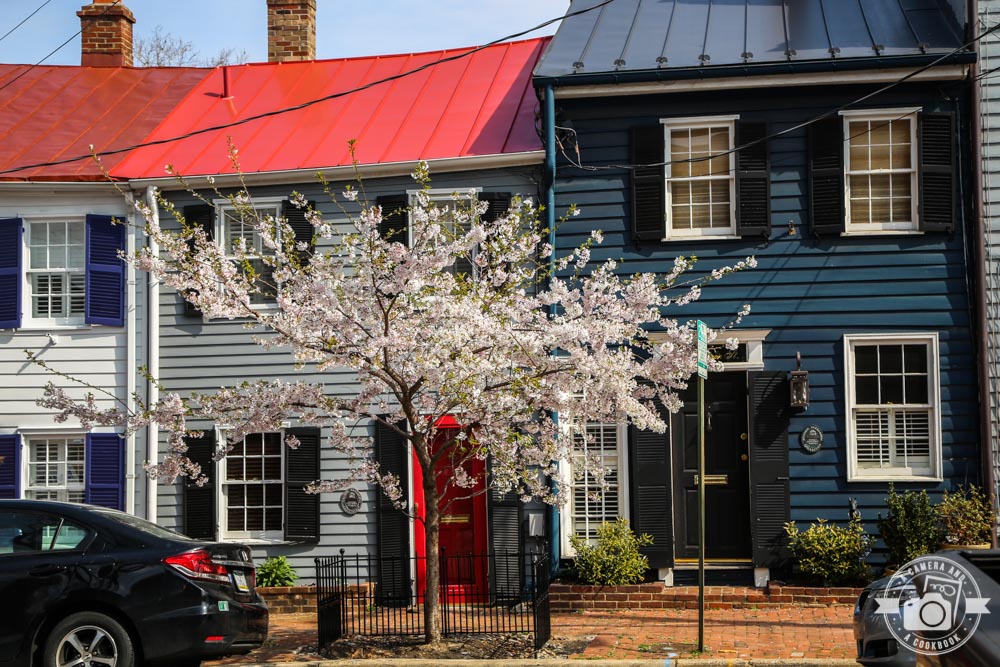 I had to be super careful as I walked because much of the brick sidewalk was super uneven. 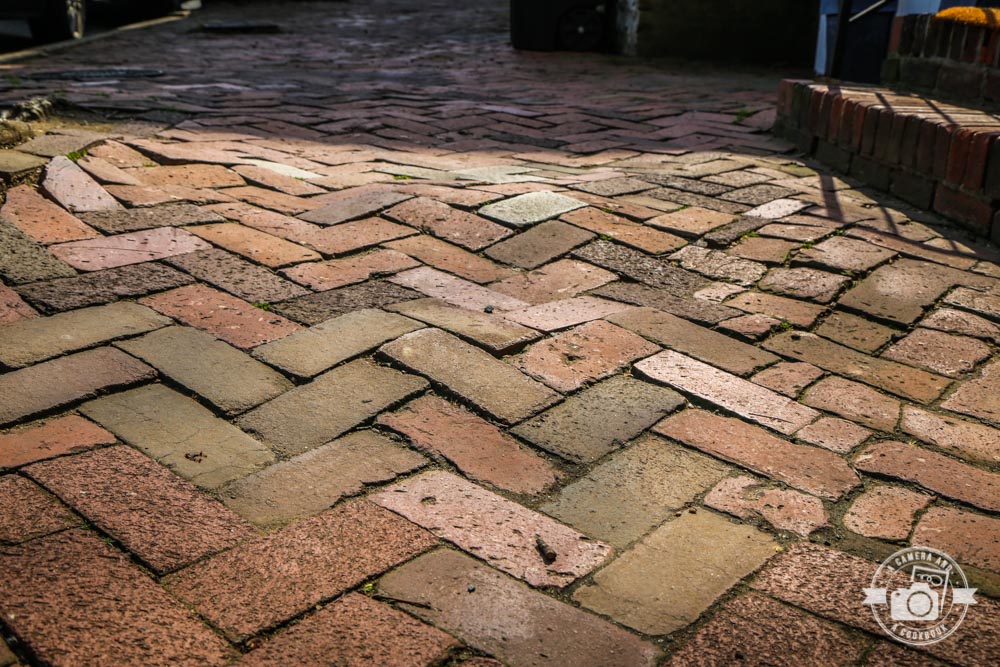 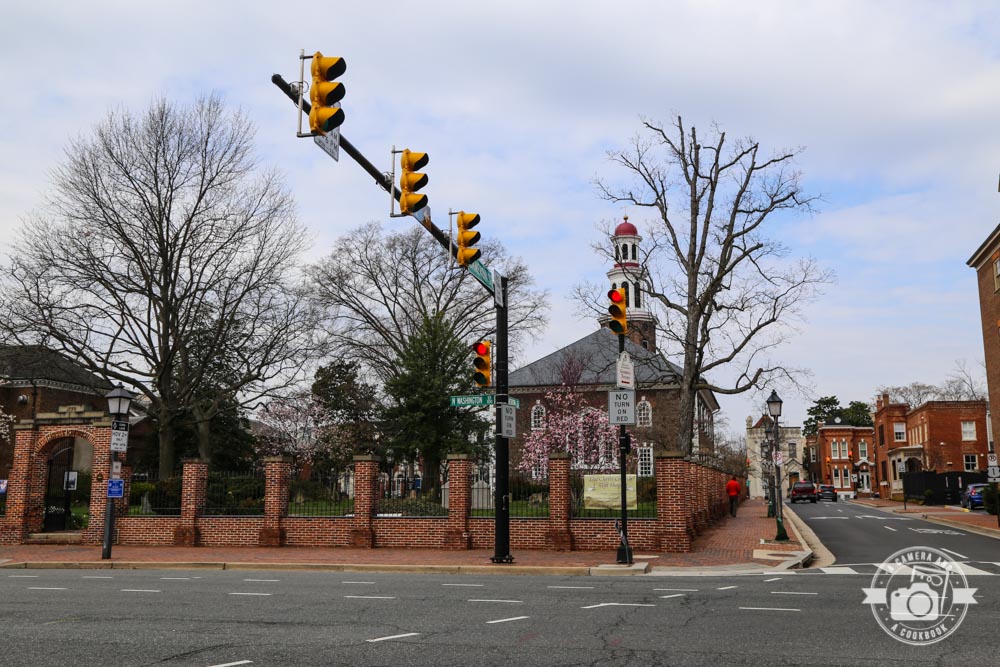 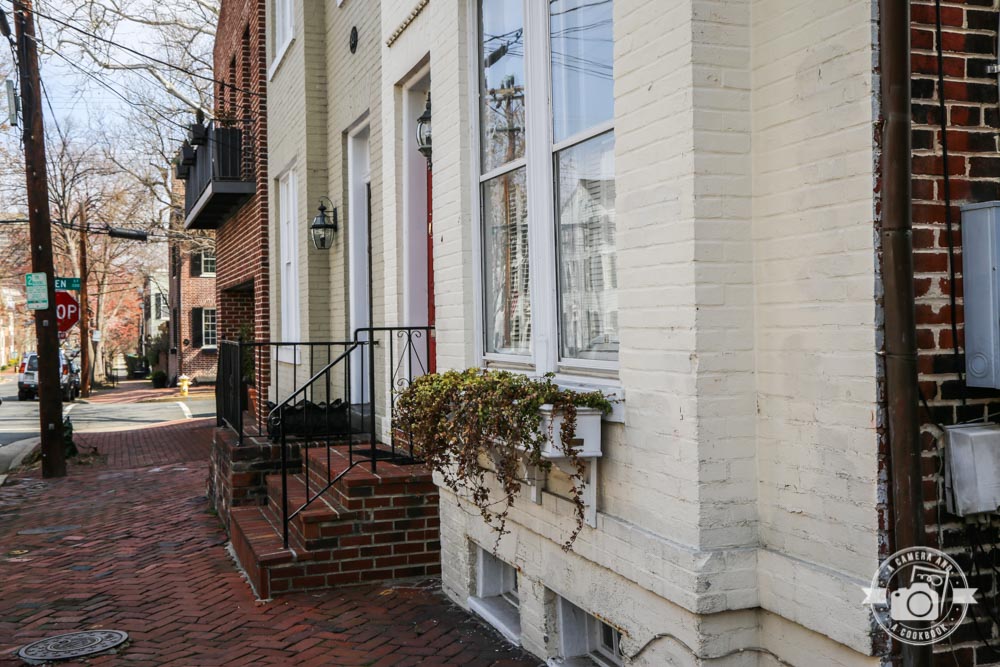 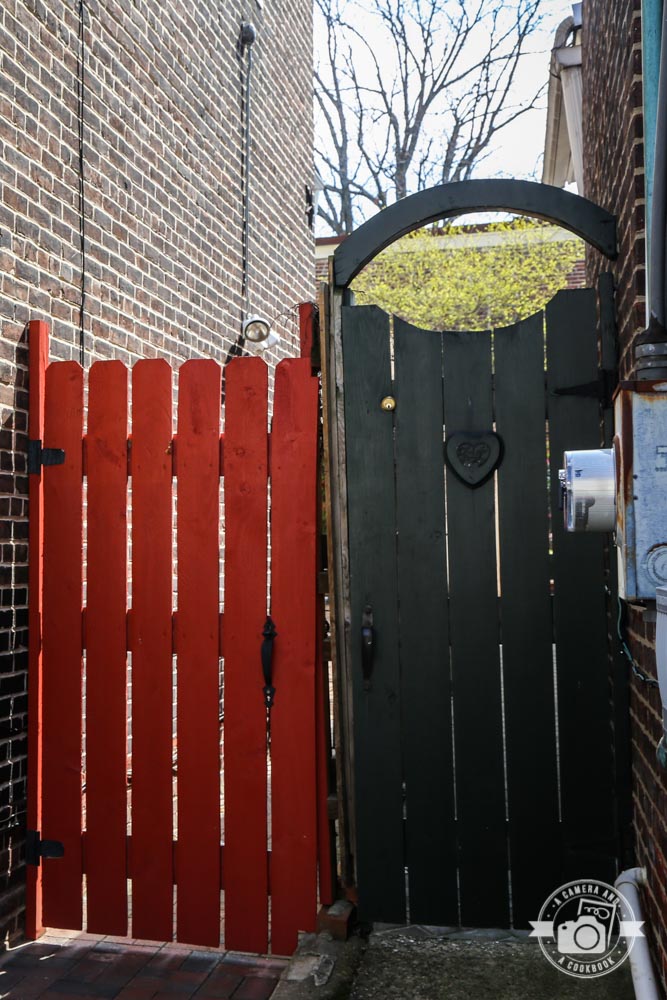 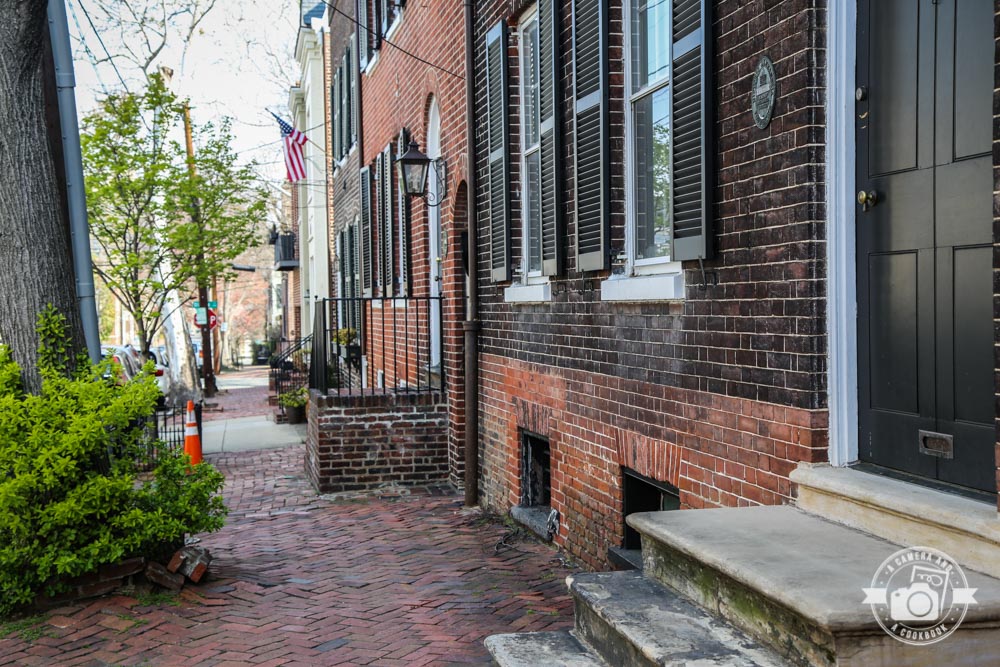 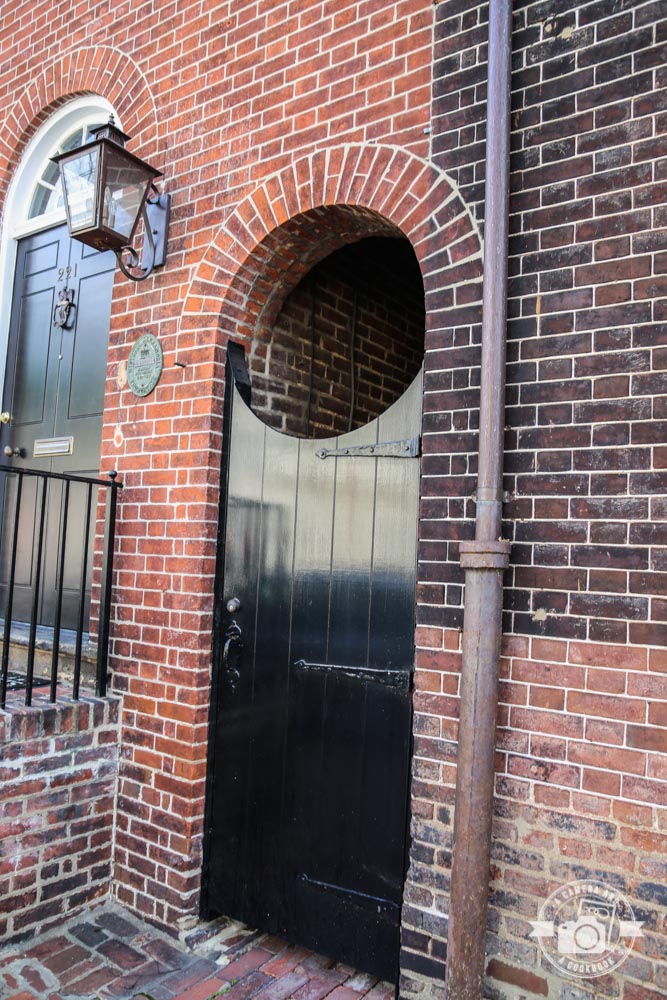 Look closely at the blue house. It’s known as the narrowest house in America. It’s just 7 feet wide. It was built in 1830 by a guy who wanted to keep folks out of alley next to his house. This house called Spite is located at 523 Queen Street. 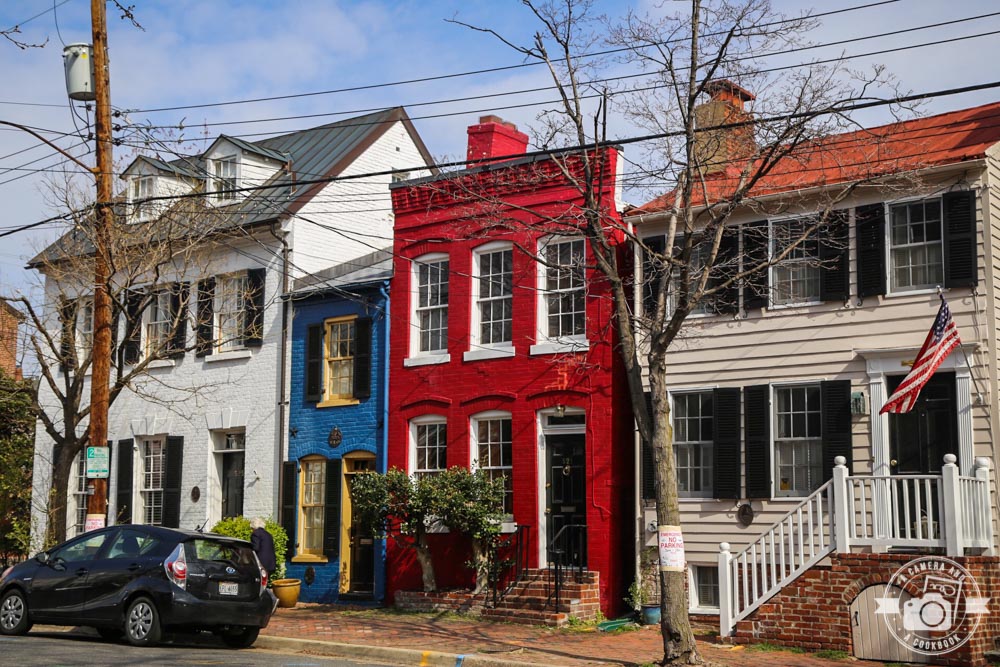 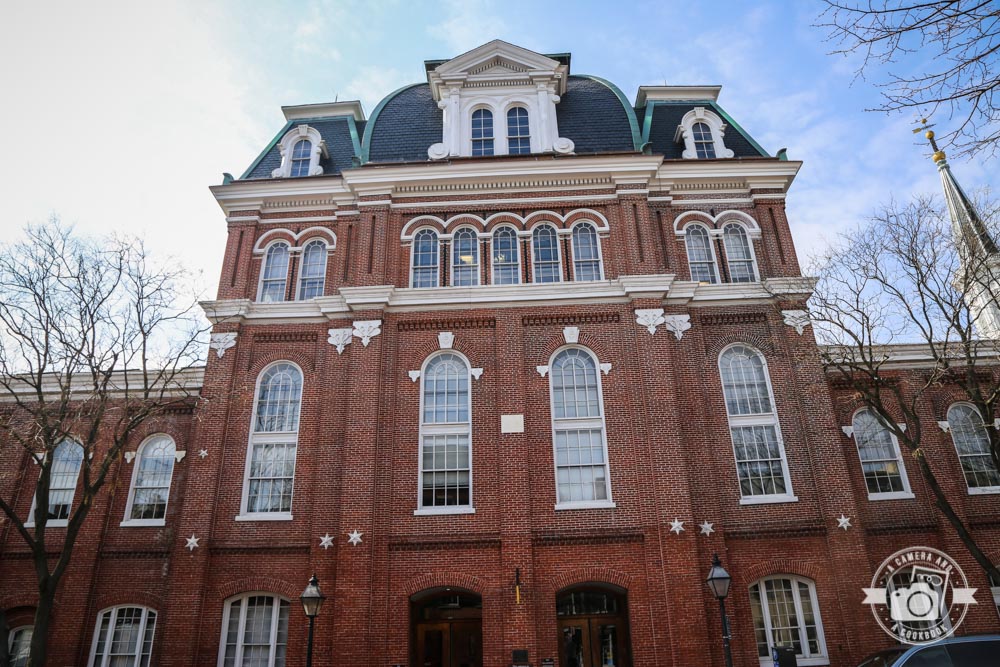 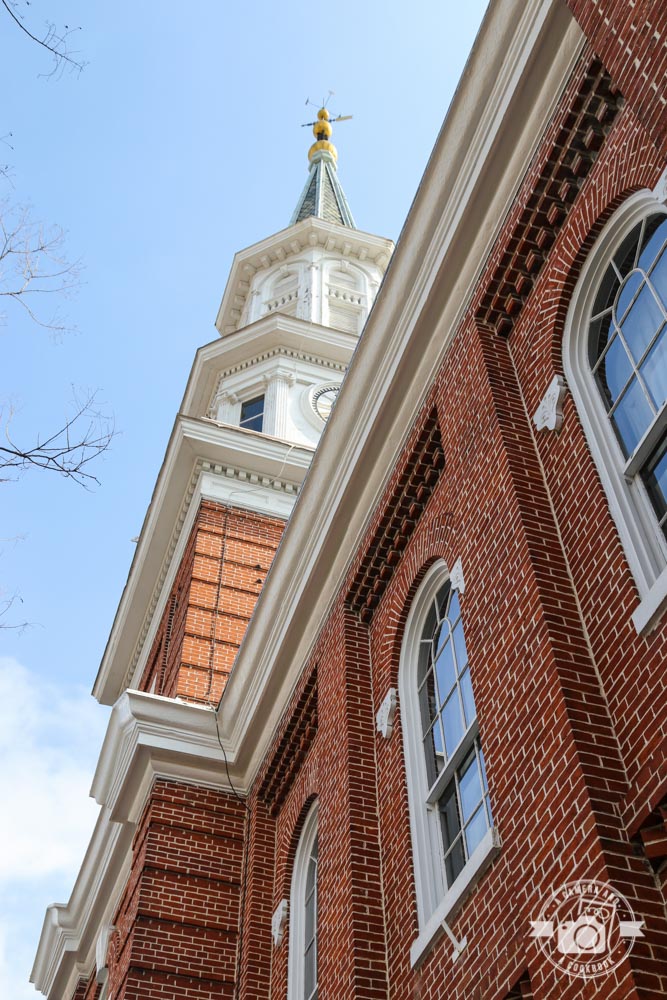 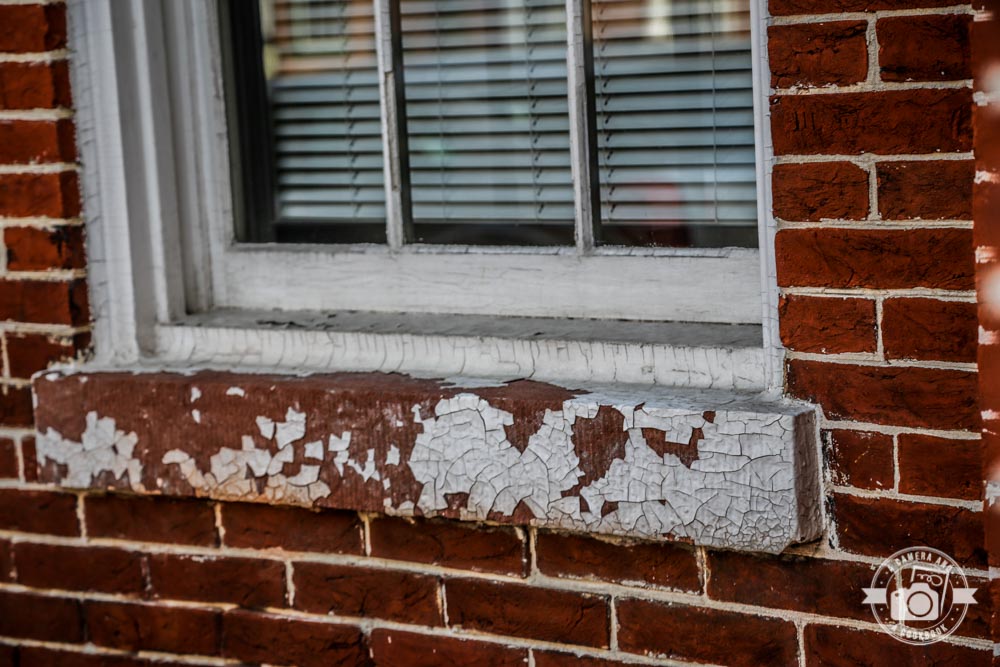 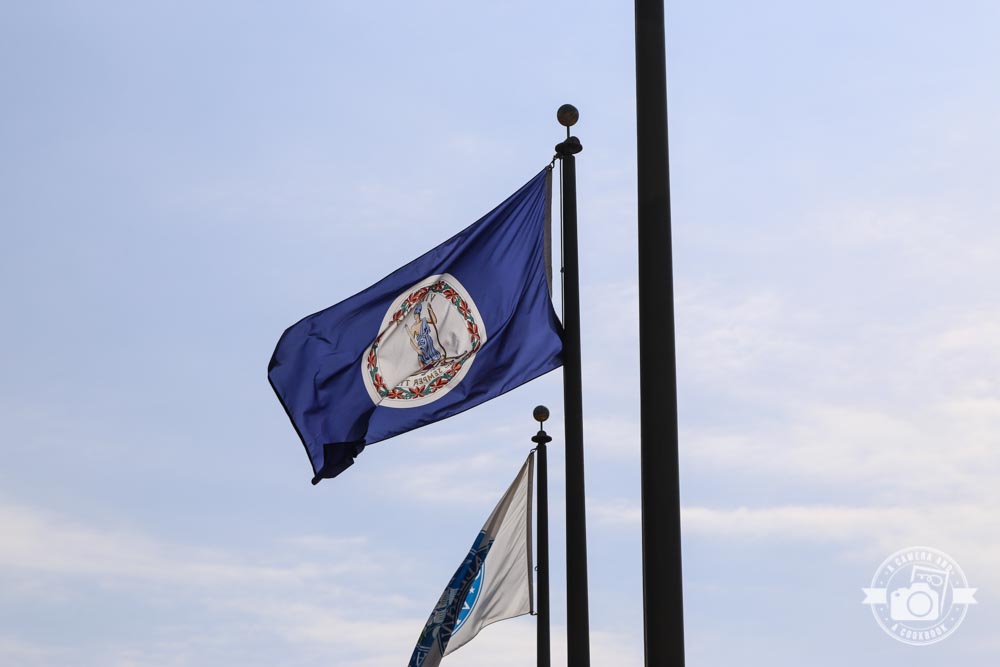 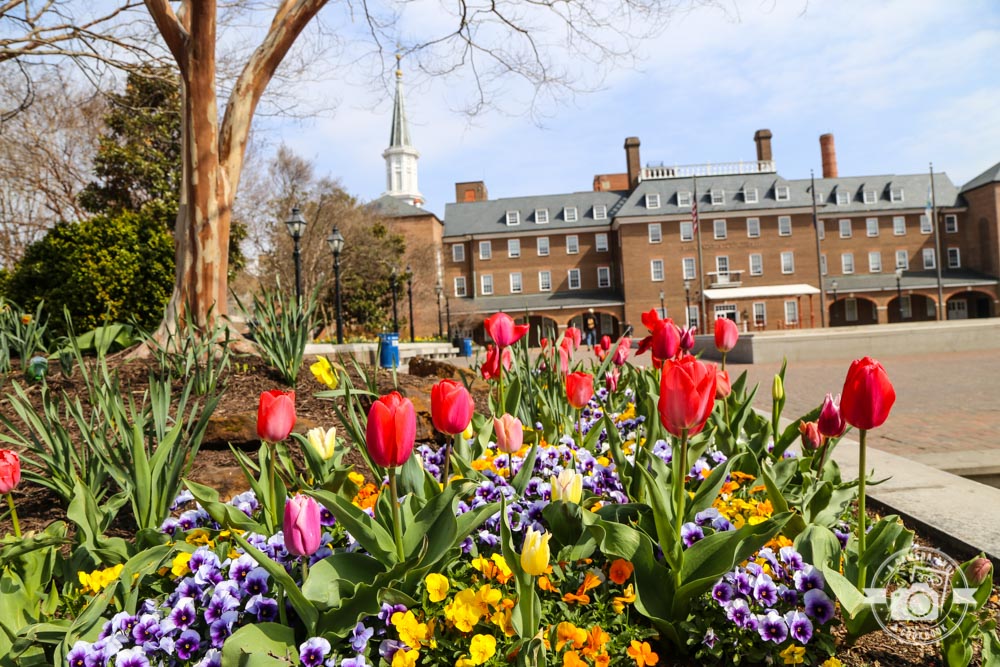 King Street Blues was an eye catching place. However, it appears that this location is permanently closed. 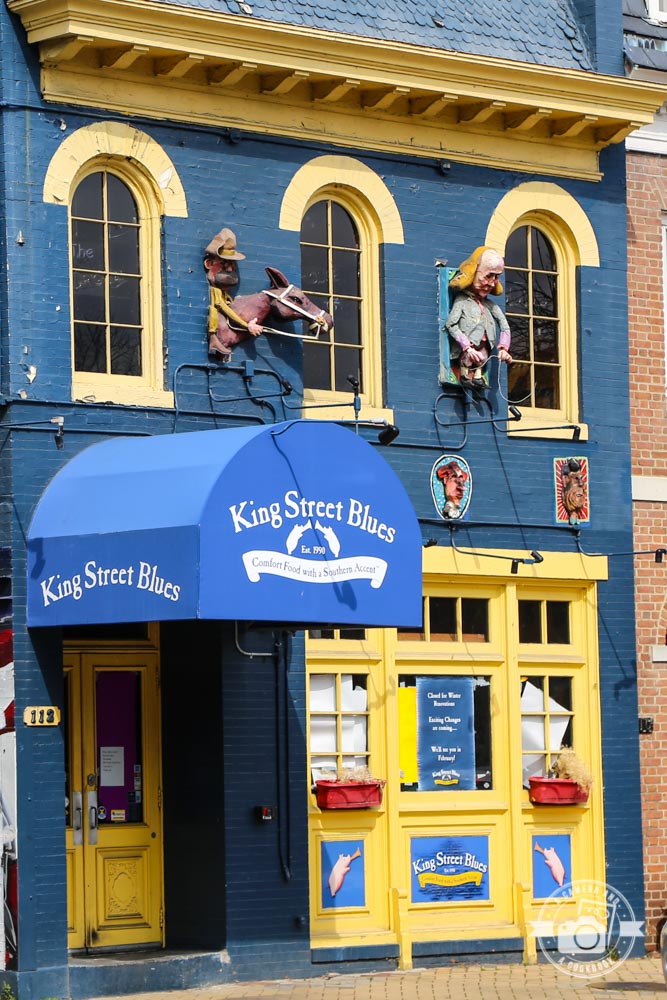 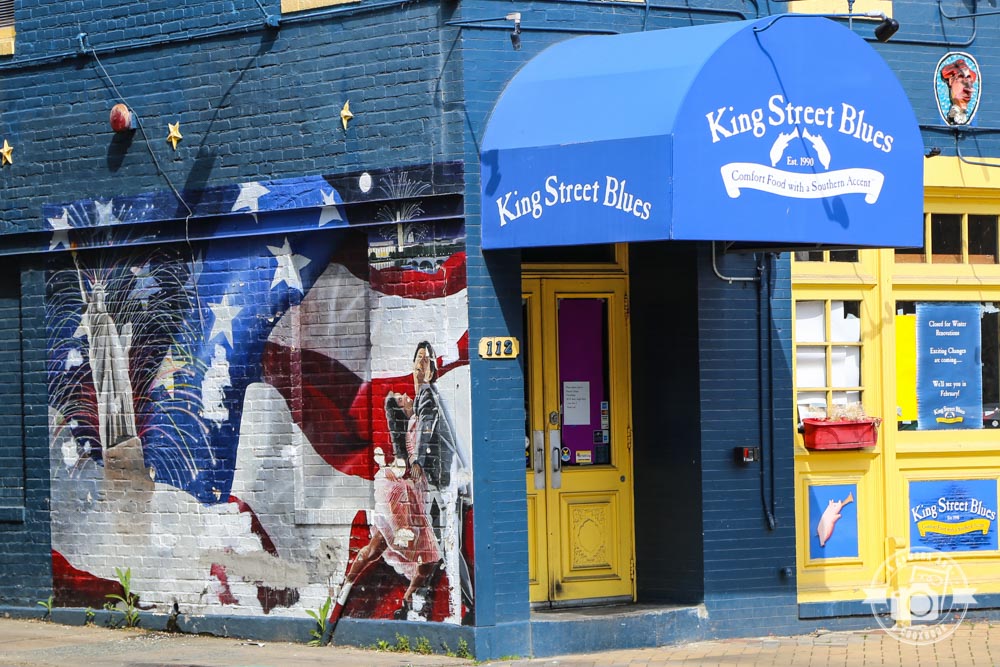 Cherry Blossoms were in full bloom on our trip, but honestly I had a hard time capturing their overwhelming beauty. 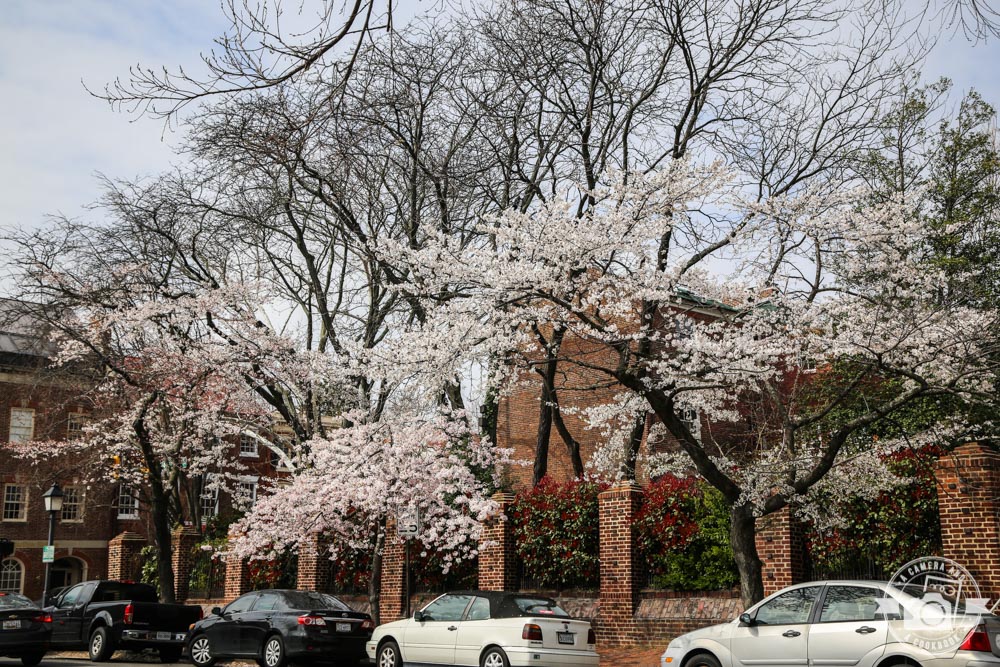 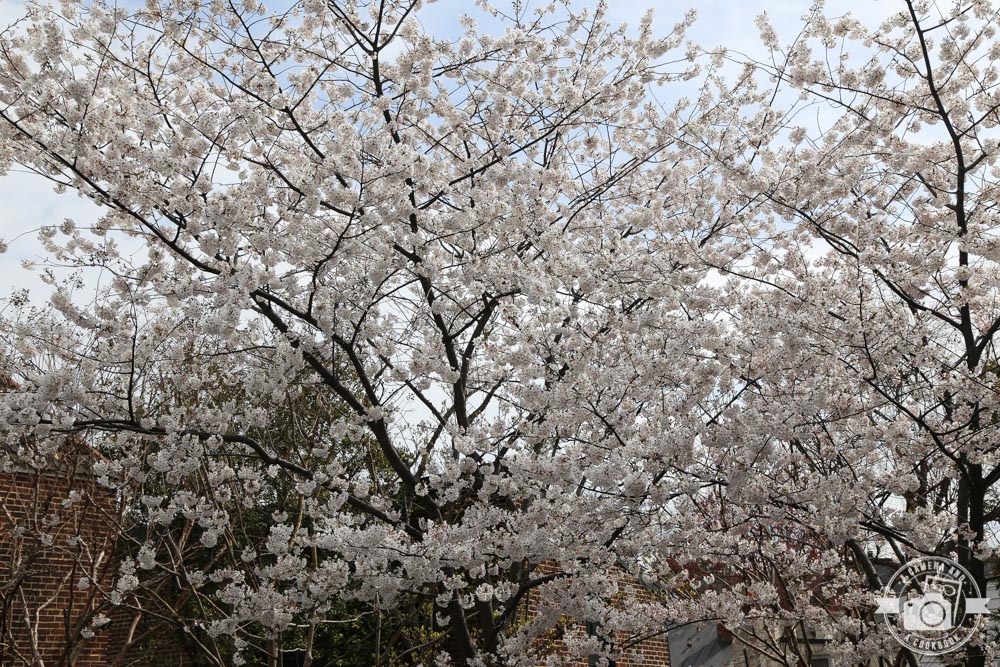 While I’m a bit sad that I didn’t plan better, I’m at least glad I got to step foot in this lovely little place even if it was for a few hours. I hope to make it back soon and revisit some of these spots and well as hitting some locations I didn’t make it to like the waterfront.