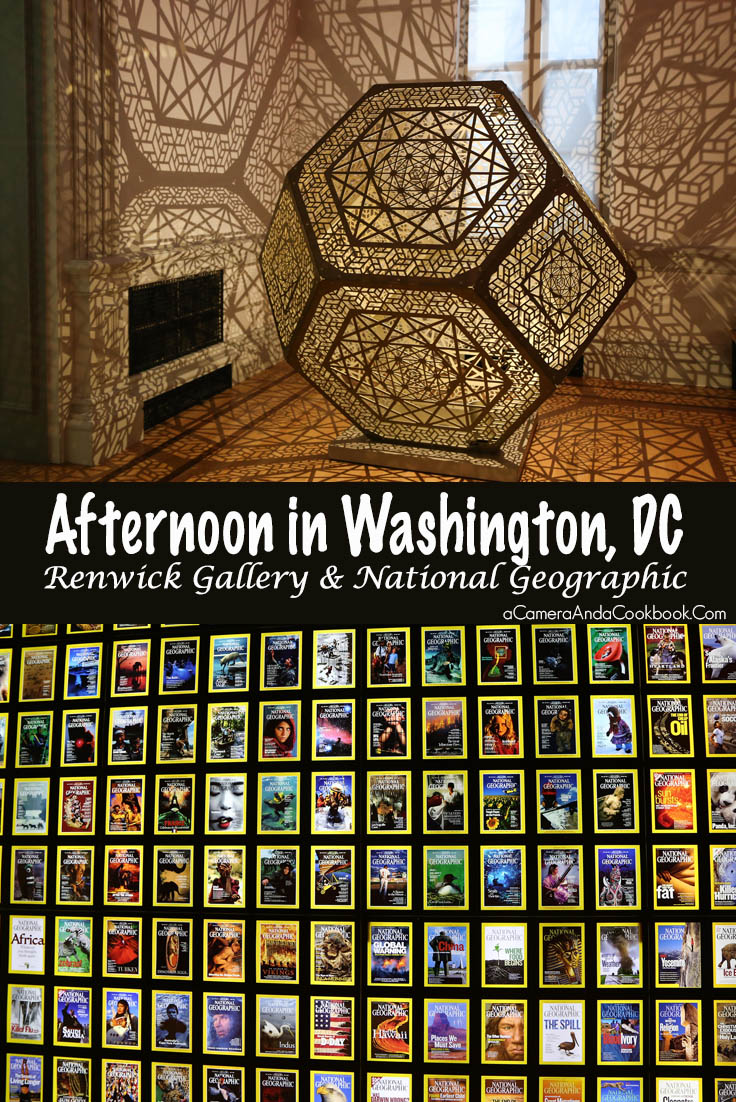 After having lunch with Rob and some folks from the conference back at the Gaylord, I made my way over to the metro station. I decided on using the Anacostia, because it was going to be cheaper and faster than the one closest to National Harbor. However, what I wasn’t aware of was that parking is not where the actual station is that shows up on the map. So after nervously figuring out that situation with some help from the Metro employees, I made my way on to the correct train and didn’t have any issues.

My first stop was Renwick Gallery. I believe I got off at the Farragut West Station. Once I made my way I came around the corner to the front of the building and noticed a slew of cop cars in front, which took my by surprise. What I came to realize later I was just down the block from the White House. 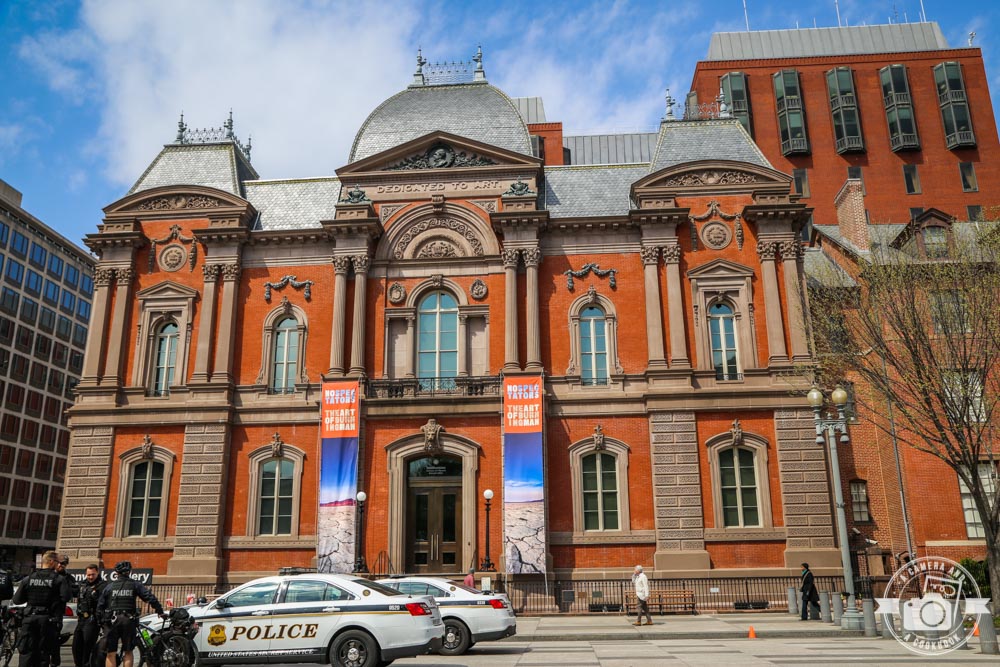 So anyway while researching which museums to go see in D.C. I saw pictures from the Burning Man exhibit and I was immediately intrigued. So with a little more research and confirmed this exhibit would be open while were there, I wasted no time getting that on my list. If you’ve never heard of Burning Man Festival, it’s basically a week long party in the dessert, well technically Black Rock City, which is a temporary city erected in the Black Rock Desert of northwest Nevada. The principles of Burning Man are radical inclusion, gifting, decommodification, radical self-reliance, radical self-expression,communal effort, civic responsibility, leaving no trace, participation, and immediacy. You can read more about the history of this even that started in 1986 here.

While I’m not one that would attend such an event, I believe much of the art that they display is mind blowing and I am so glad that much of it is being display at the Renwick Gallery through early 2019. 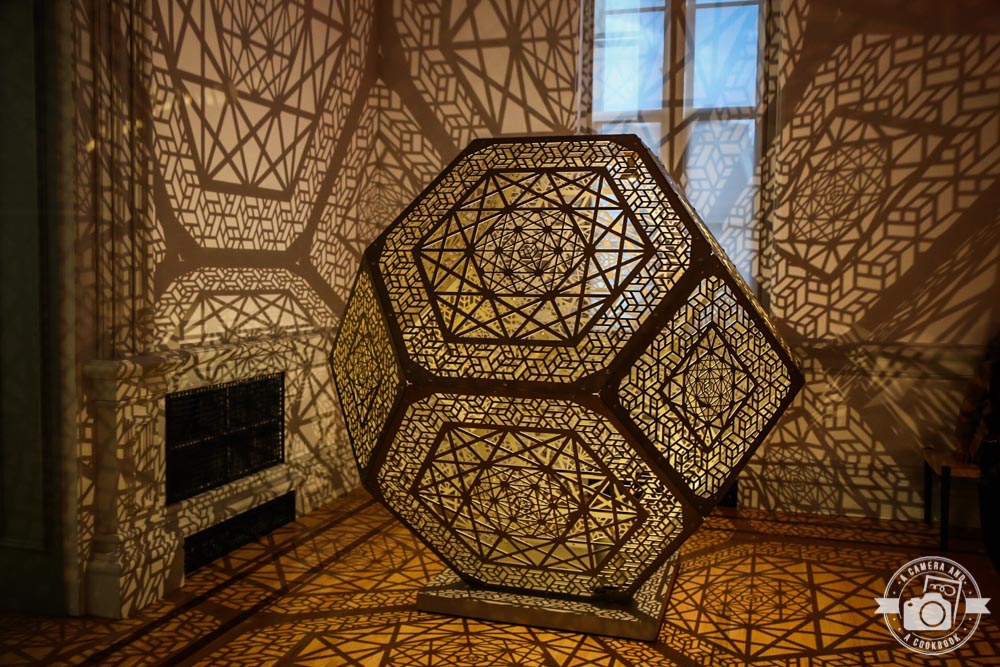 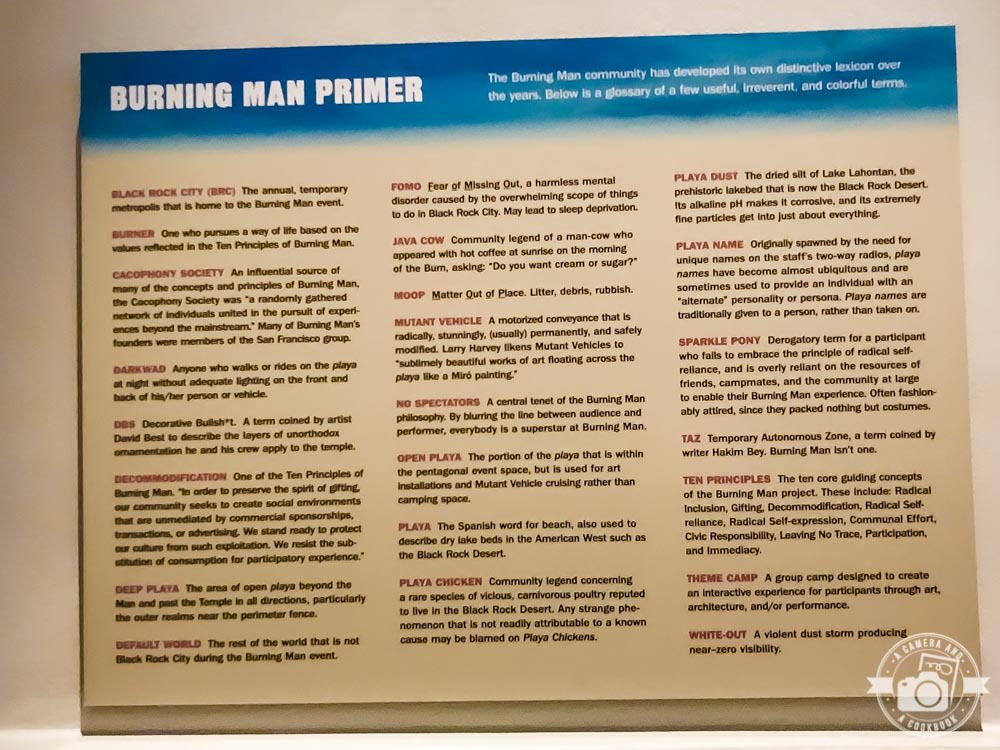 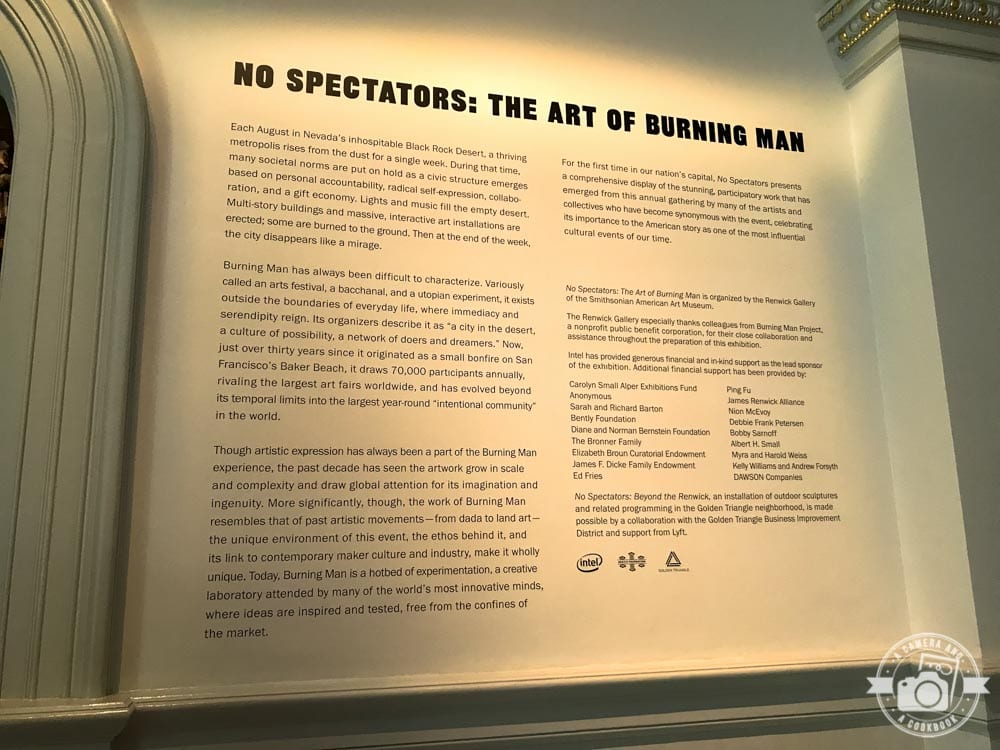 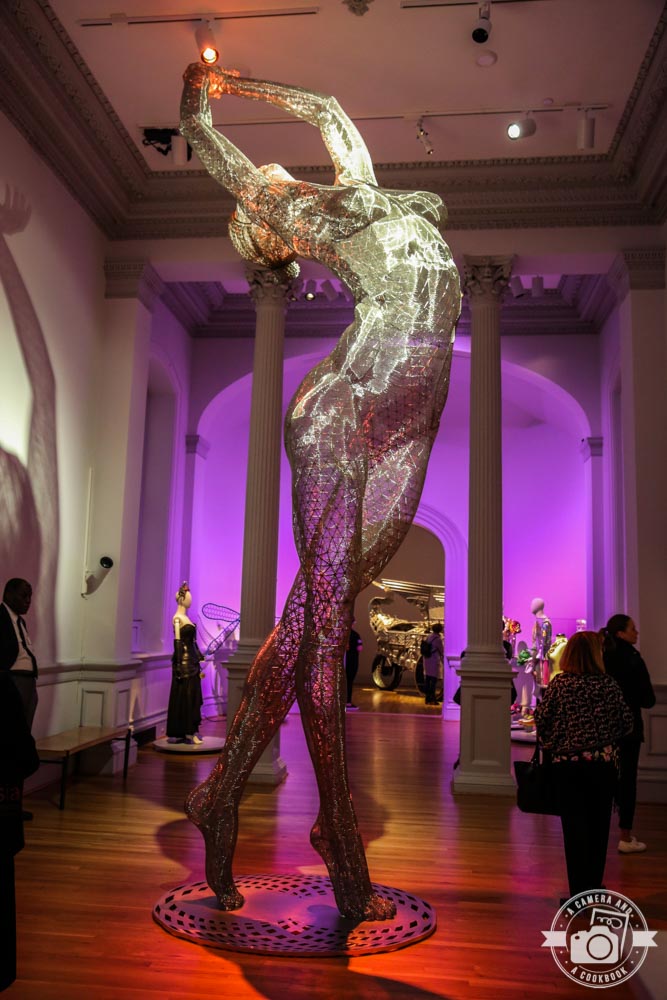 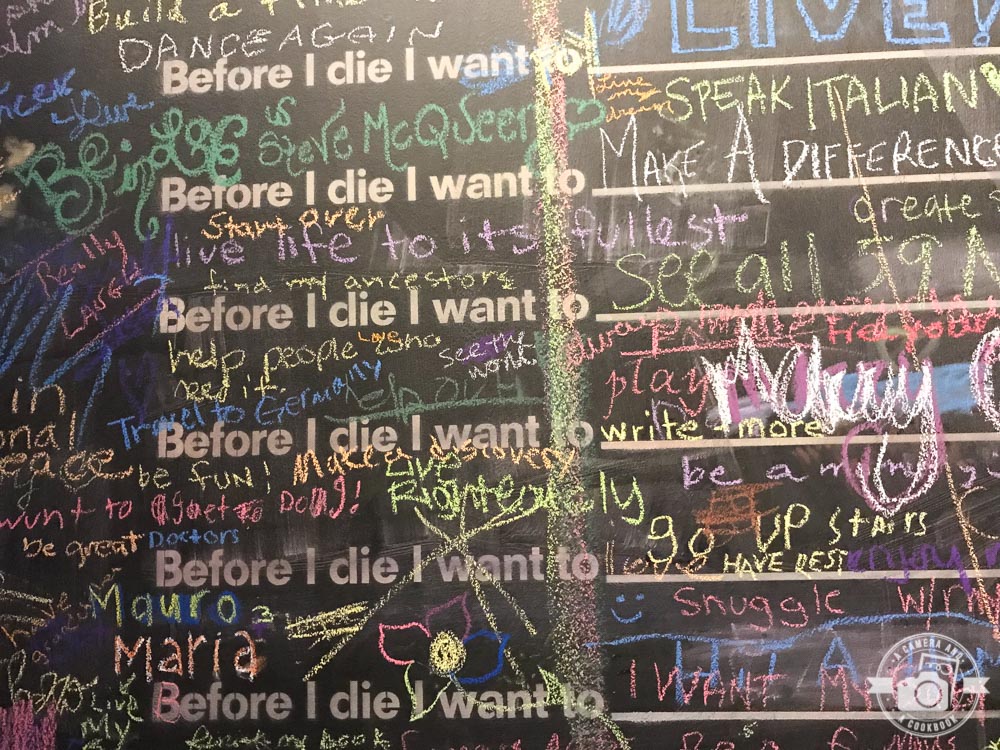 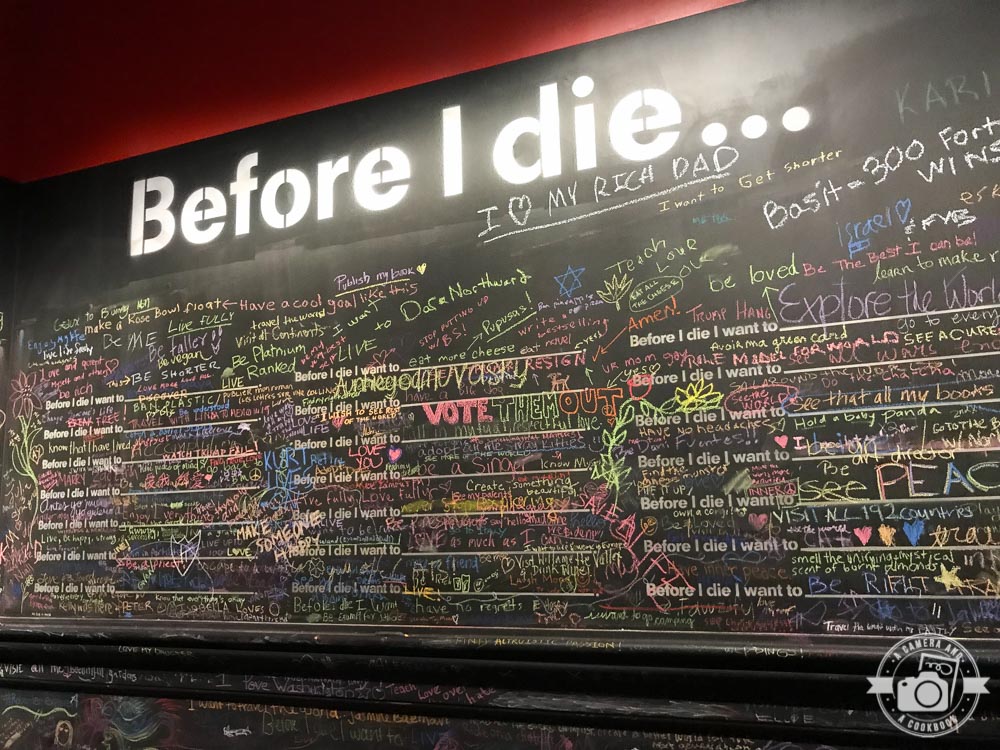 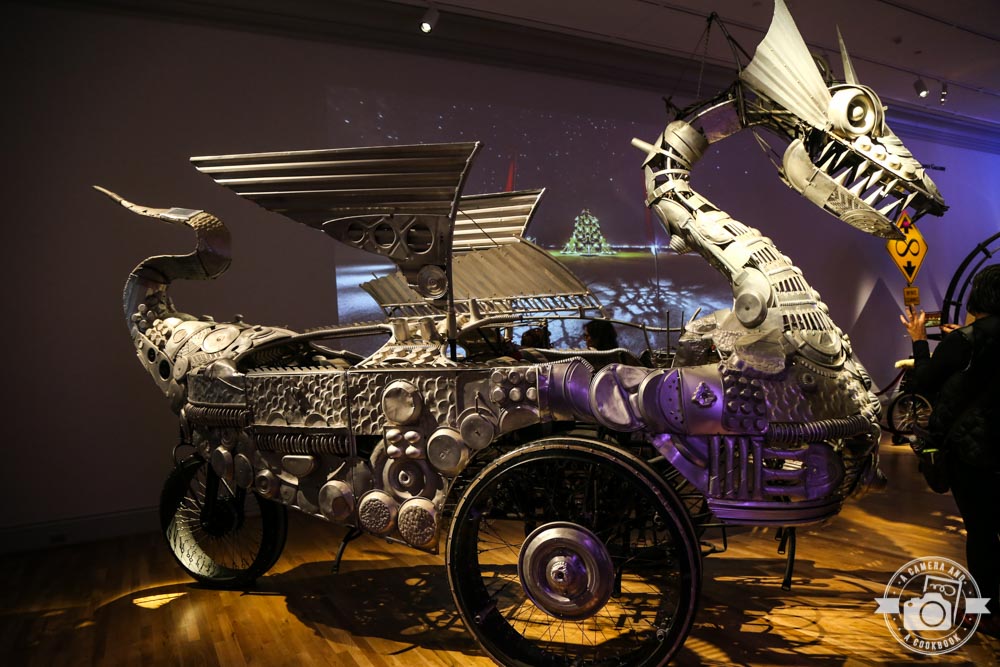 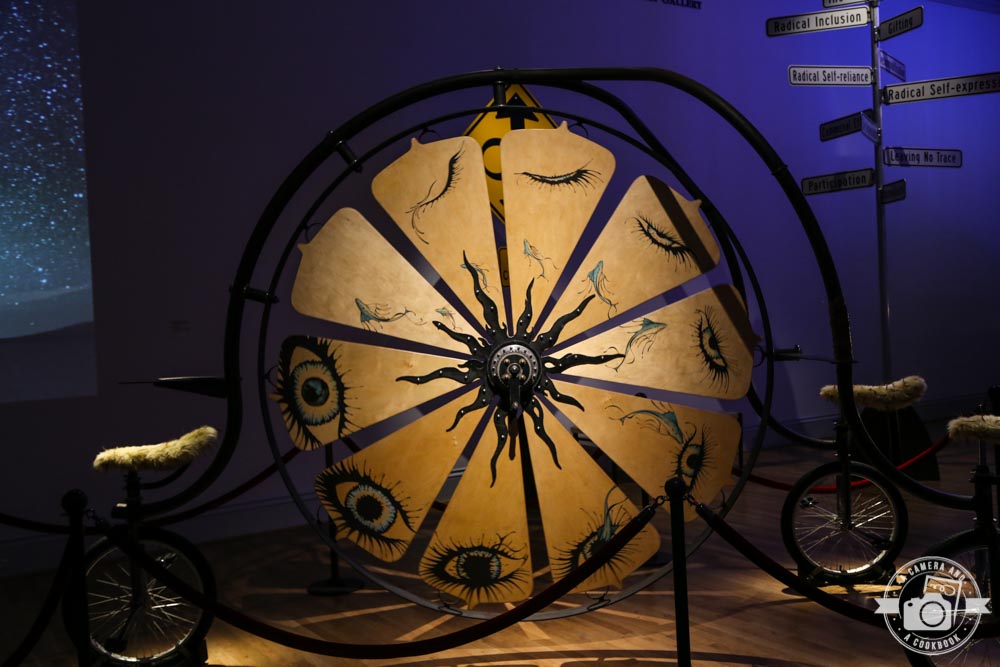 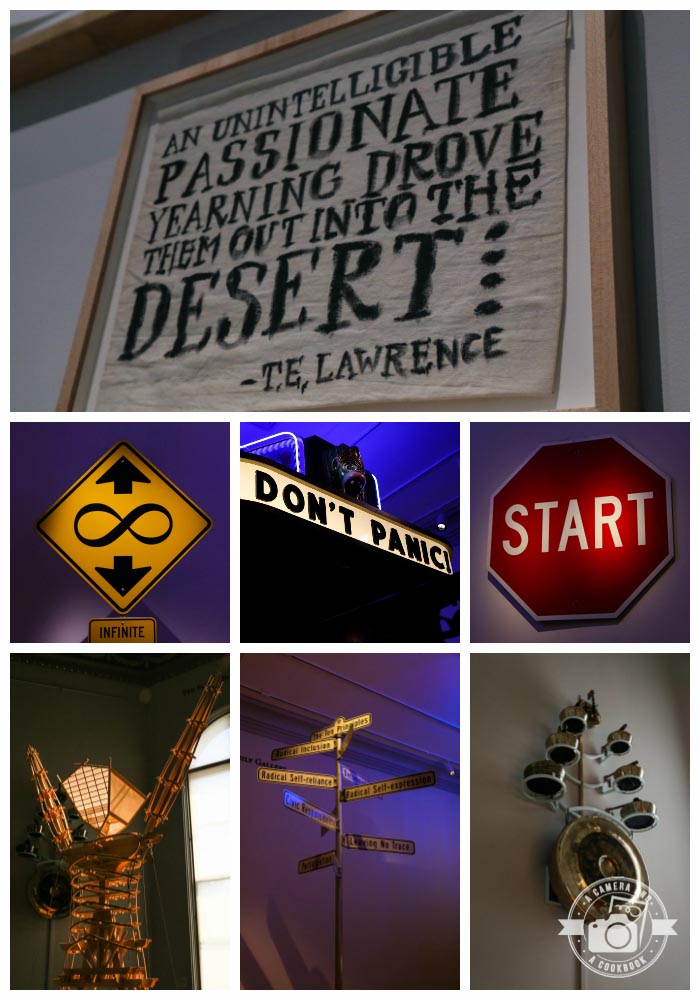 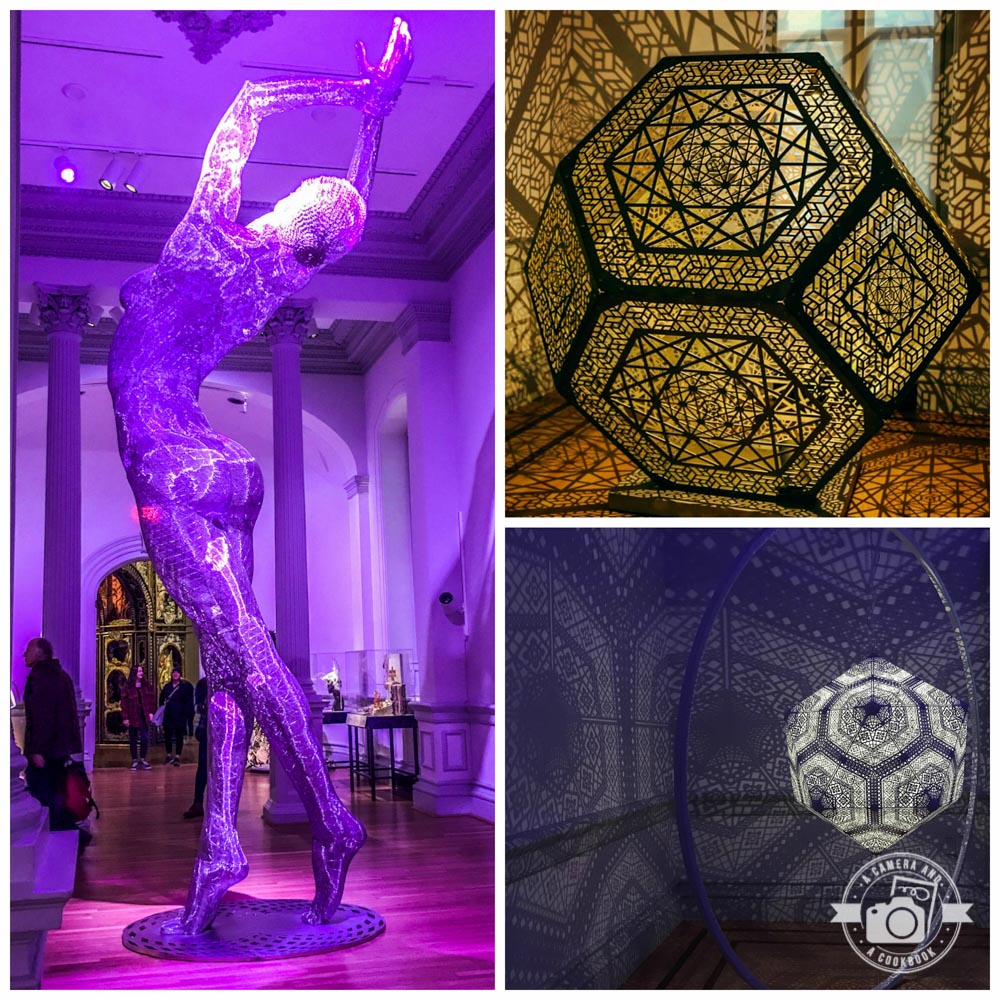 They have part of the temple set up in a large room and to say it was massive and so impressive is an understatement. Thinking back now and seeing images of the temple this year from the outside, I can just imagine what this looked like. 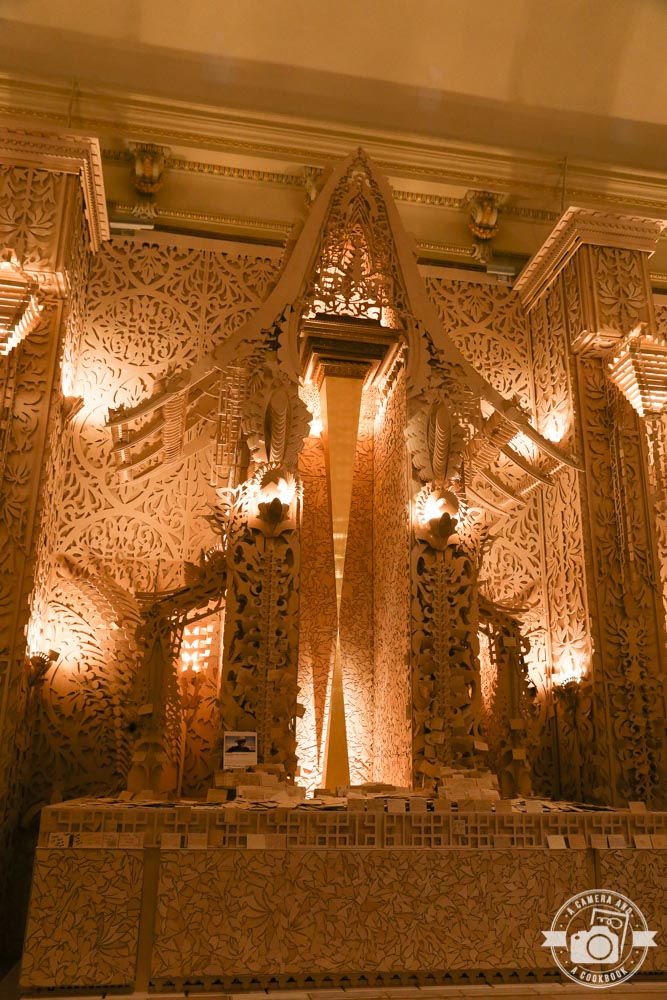 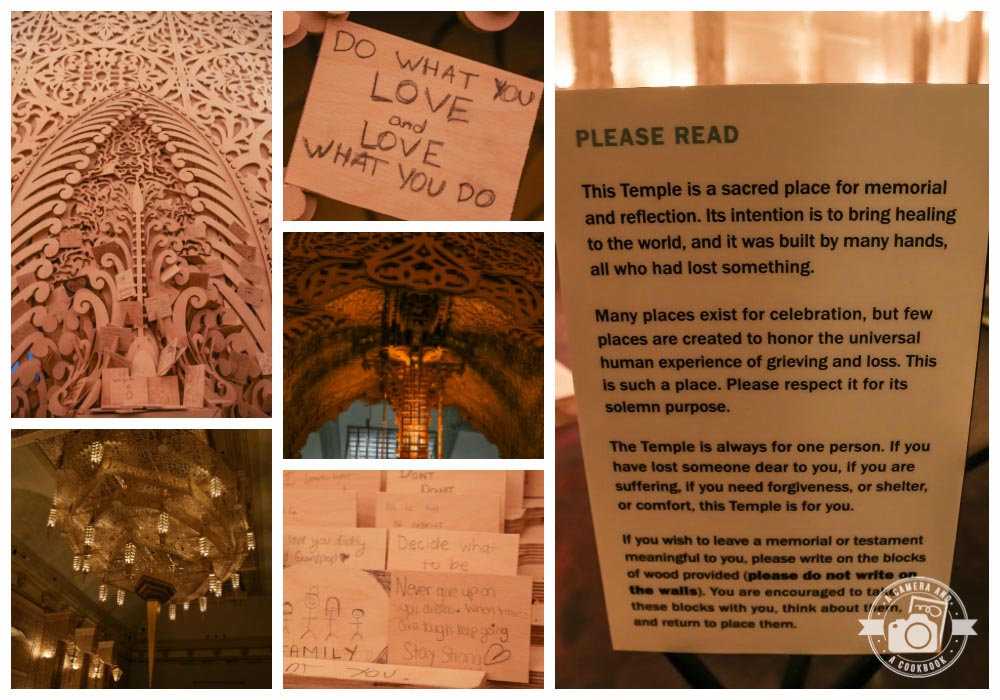 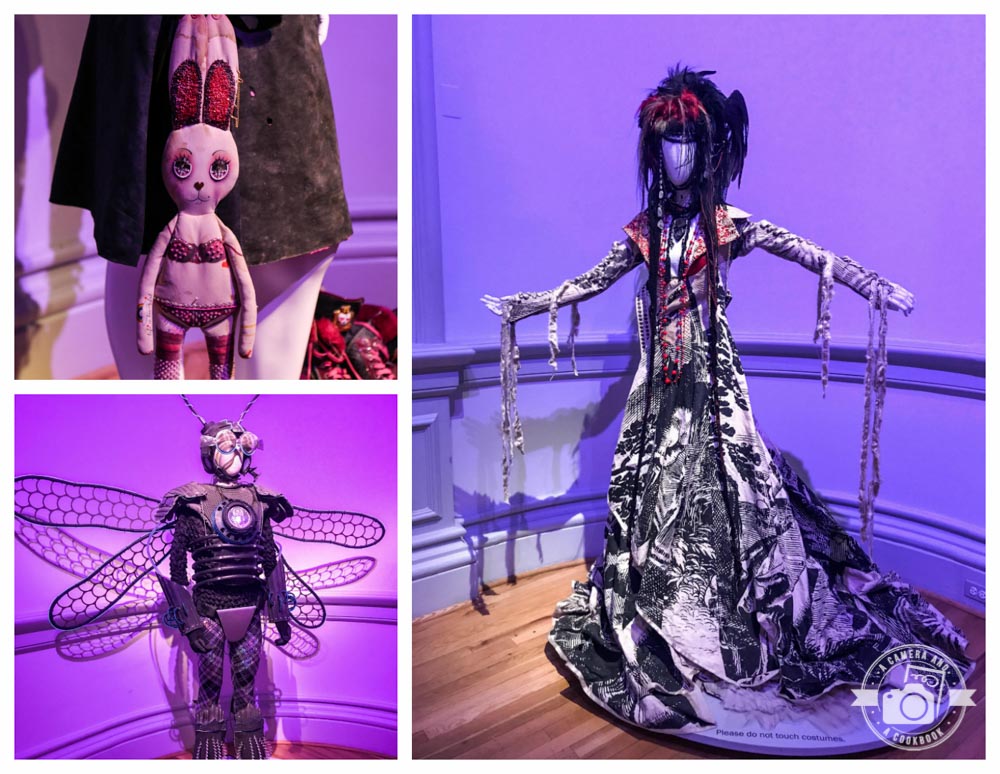 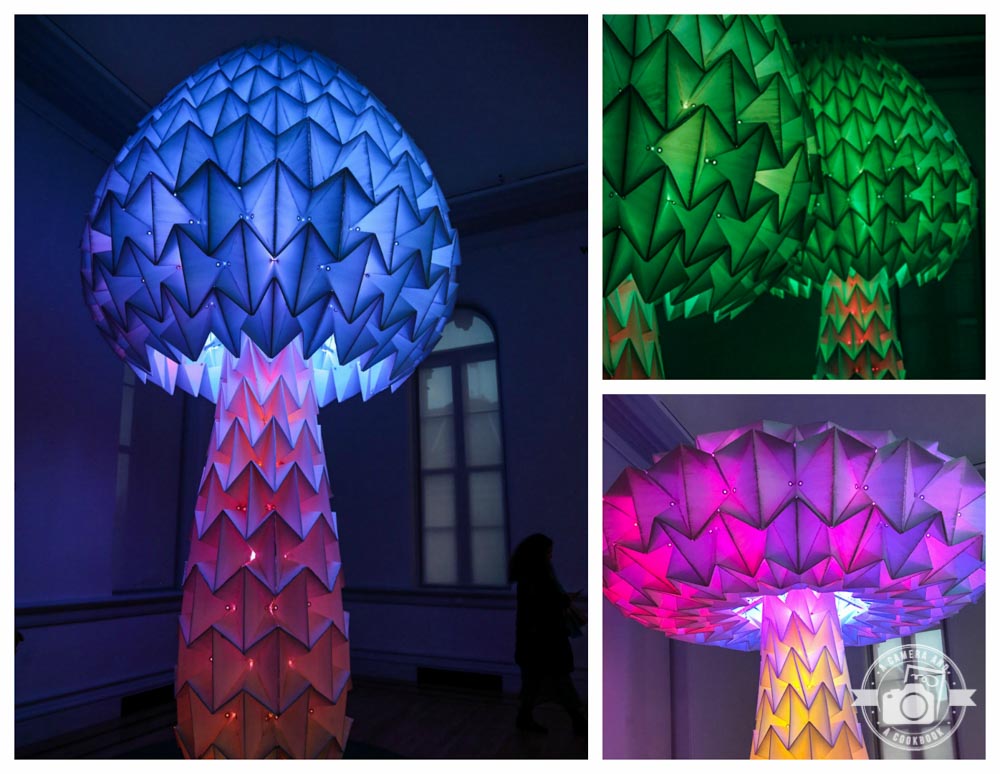 I spent probably and hour and half in looking at everything in the exhibit and then made my way down the street to see the White House and get a feel for where I actually was. There was a man on a loud speaker (middle pic below) standing on a milk crate. He talked constantly about the fact that our country is going to hell because not enough people believe in Jesus and those that do don’t share their love for him with others. I get it, but this totally ruined my experience there. I was wanting to walk around, enjoy the Cherry Blossoms, people watch and just enjoy being there before heading off to the next museum. Instead I snapped some shots and headed on my way. 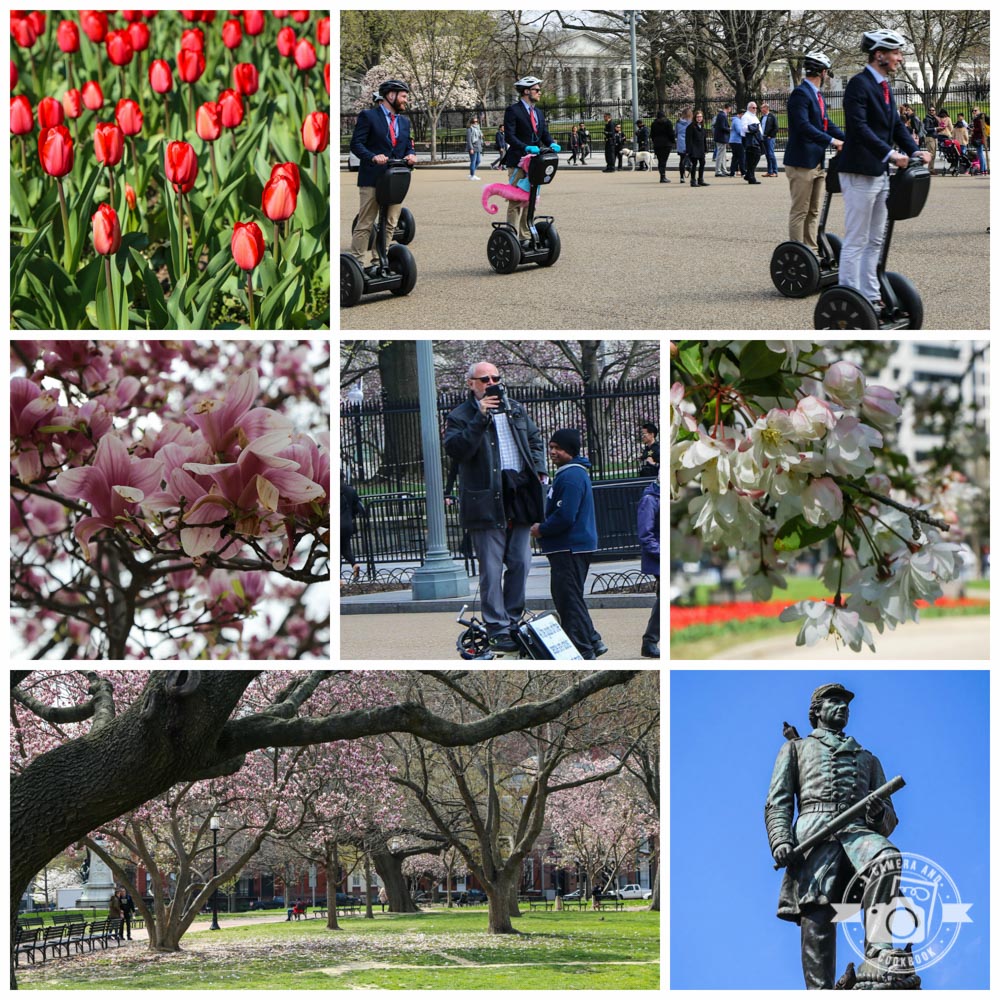 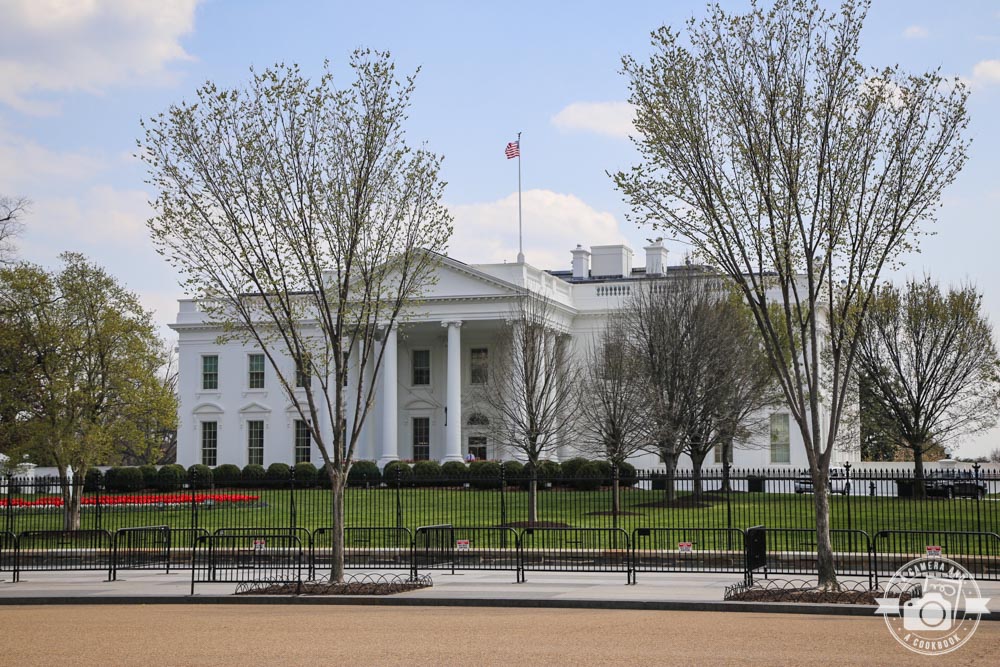 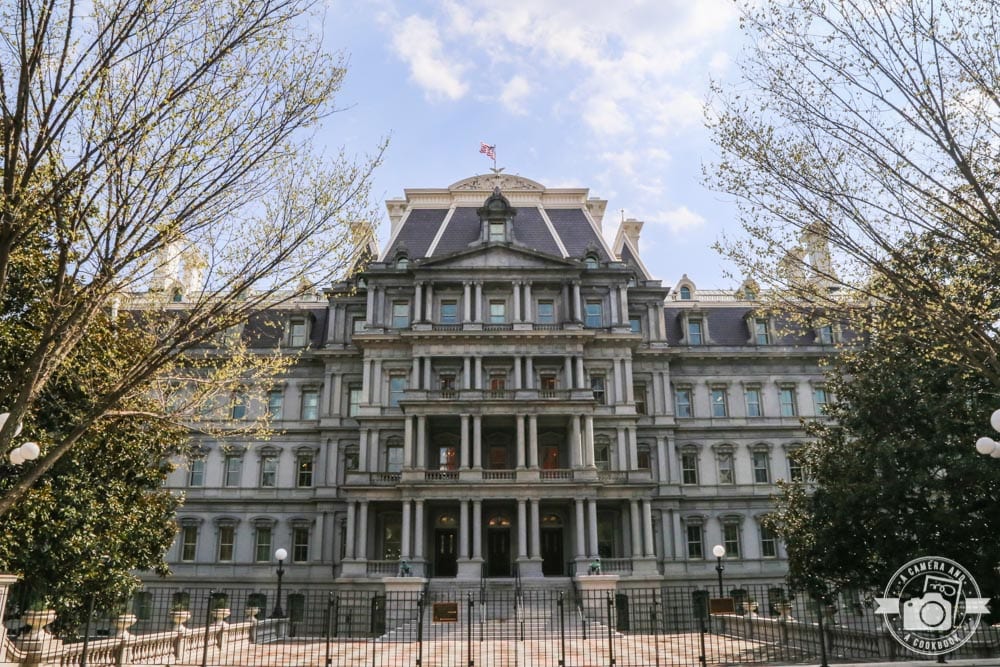 Here’s a few pics I snapped while walking the National Geographic Hall. I especially enjoyed seeing all the covers of the magazines through the years. 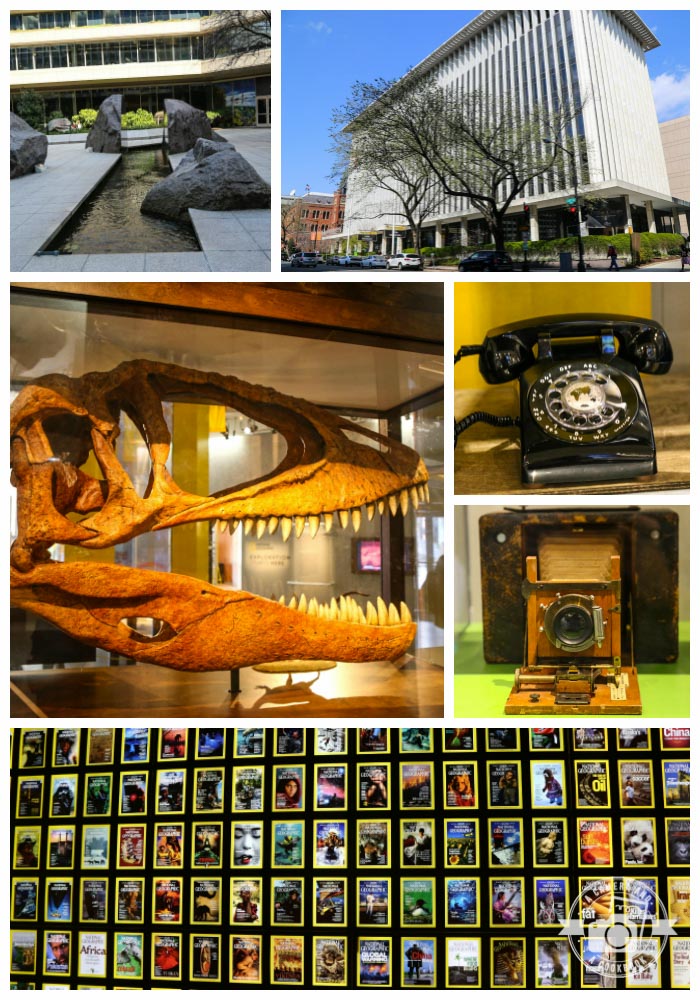 On my way back to my hotel, I got messed up in construction and ended up going over teh river, which would put me by the Nationals Stadium. There was a game about to start so many of the streets were closed off. Near sheer panic, I was able to maneuver out of the way and made my way back over the river and finally back to my hotel. There are some tricky intersections in this area and I had the hardest time, but luckily drivers up there are pretty vigilant and forgiving. 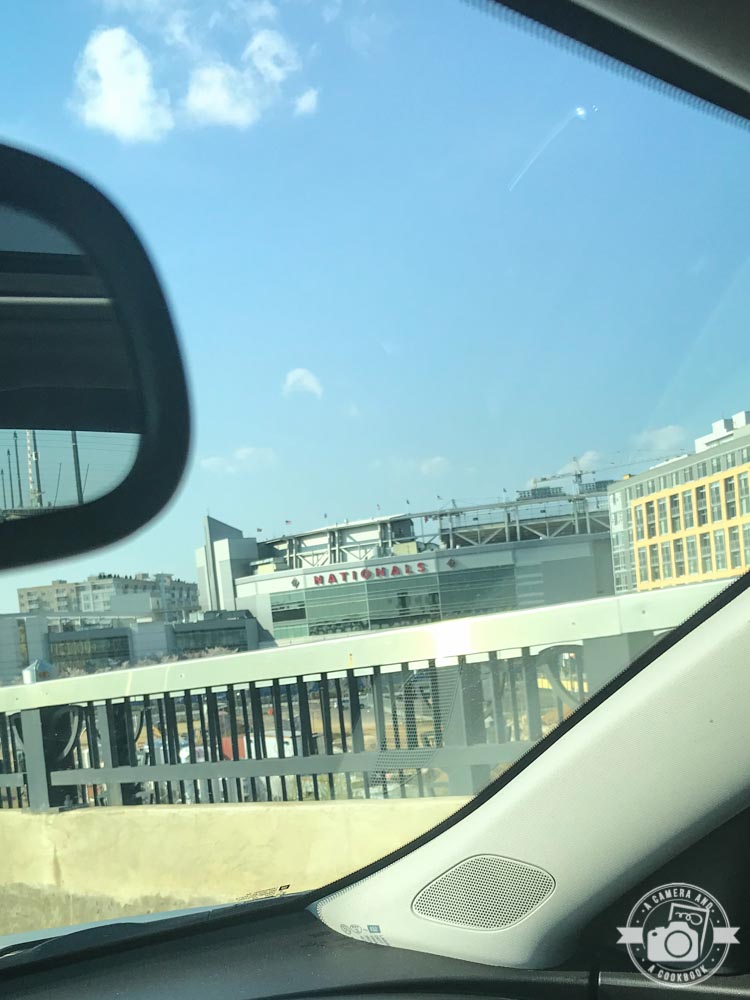 After chilling at the hotel for about a half hour, it was off dinner with Rob and some conference folks. We ate at Kirwan’s Irish Pub, which is located at the Wharf DC. The place was so crowded that we had to opt for outside eating and it was quite chili. At least we had a nice view. 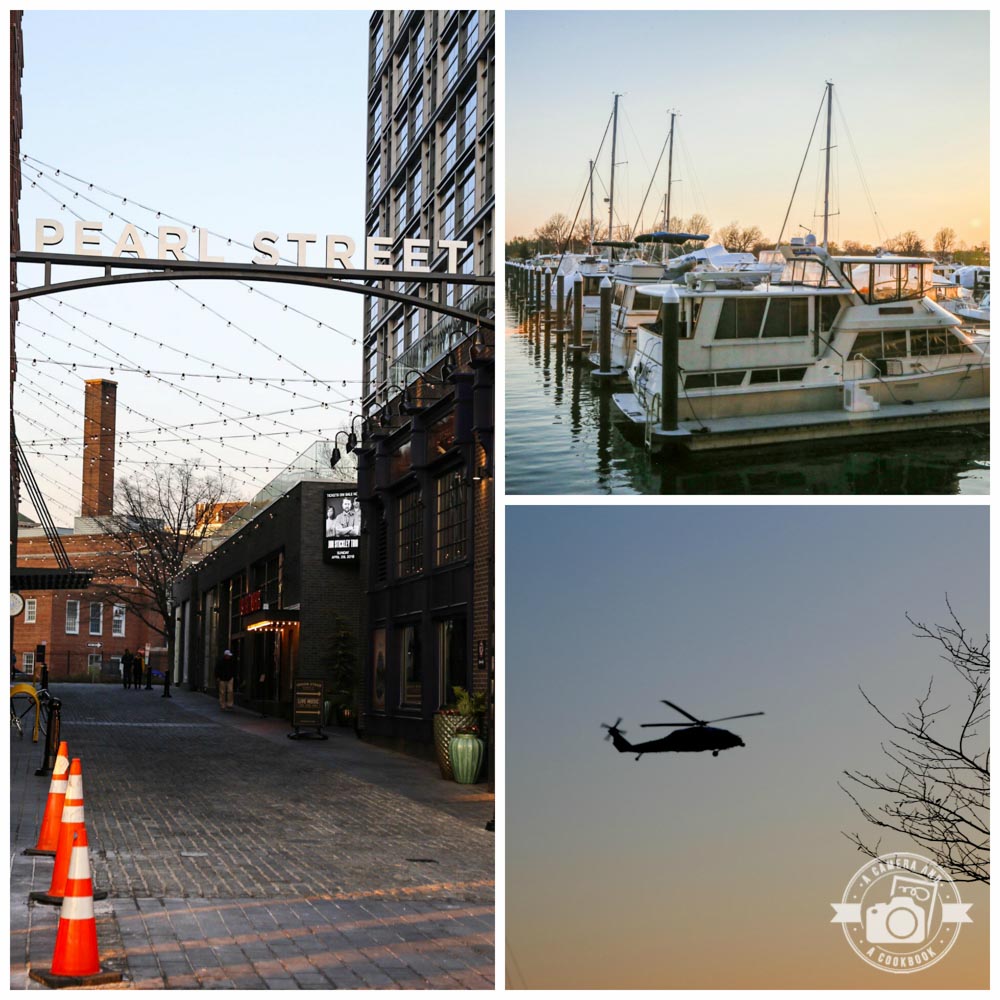 Where I went that day, which includes my morning trip to Alexandria.