Here is the last post for our time in Washington, DC. Metro ride to start off the morning. Riding the elevator inside the Metro station Walking from the Metro to the Air and Space Museum Long line at the Museum that Sunday morning, but it went fast. I really enjoyed going to this museum mainly because my Grandparents took me here when we did our DC trip. However, the boys weren’t huge fans of the place and if I would have thought of it sooner we would have left and gone to the National Museum of American History instead. Live and learn. 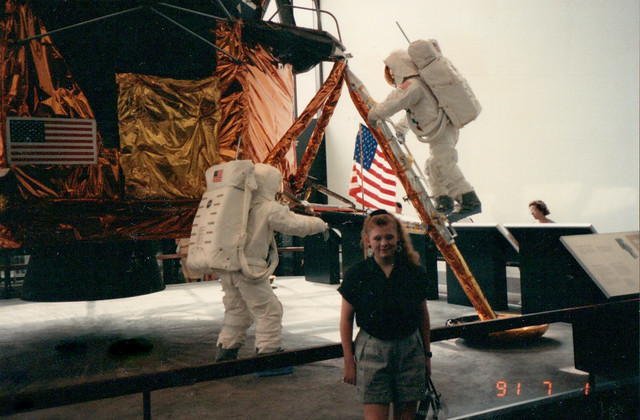 Once were done at the Space museum we found some lunch at a nearby pizza place and then went back to the hotel to get our stuff. The guys were tired. We probably walked nearly 20 miles in a 2 days span. We had a some time before we had to get Joseph back to the academy, so we drove over to the Pentagon to see the memorial. Very symbolic and actually quite moving. We drove by the National Cathedral, which I would love to go inside and see next time. I was really bummed that I didn’t make time when I was on my own earlier in the trip to get over to Georgetown University. Their campus is so beautiful and they have some unique libraries that would love to check out. Adding to my list for next time. After dropping Joseph back to the academy is off to the airport. We grabbed dinner at Ben’s Chili Bowl before boarding the plane back to the ole grind.