Continued from Part I.

So I was planning to visit Rob over spring break and I was moving to Auburn at the end of the semester. The catch was that my Grandparents, parents, and family knew nothing about this. Since they didn’t know I’d already been there once, I had to tell them that I was going there in March. I also had to wait until after I went so that I could say that I liked it there and have more to back up my plan.

I went and visited over Spring Break. I had a great time, confirming that what I was doing was right. I called my Grandparents to tell them that I was going to move to Auburn the day I was leaving. They seemed ok with it, but only because they didn’t believe I’d go through with it. In April, while home for Easter, I told them our plan for Rob to come and help me move. We’d then drive to Fort Worth, so that everyone could meet him and then we’d head to Auburn. At that point their hope that this really was going to happen was becoming more real. They said, “NO!!! Granddad will come move you back home and then Rob can come to our home to move you.” I remember being extremely upset and just came back with the typical young adult reply, “Whatever!!”

I called Rob to fill him in and told him that we would still do it the way we had planned, but instead of going to my Grandparent’s house, we’d go to my Granny’s house. I would just call them once I was in Alabama. In the mean time, I had called my Mom and Dad to let them know our plans. They were both completely behind me 100 PERCENT, which made me feel better!

So in May after taking all my finals and packing up all my stuff, Rob drove out to get me. We loaded up the car and headed to Fort Worth. We drove by my Grandparents house and waved. We got to my Granny’s house, where my Granny, Mom, sister, and brother waited anxiously to meet my new found love. I was so thankful when they approved and wished me the best. That evening we headed east. We stopped in Vicksburg, Mississippi to spend the night. The next morning we drove the rest of the way. After being in Auburn for a couple days, I still had not called my Grandparents to let them know. Rob made me call them, because he knew it was the right thing to do and we couldn’t wait any longer. It was dreadful. They were very mad and upset. 2 weeks later my Grandmother flew out to meet the guy that had ‘ripped their granddaughter from them’.

Grandmother liked Rob and approved, but still tried to convince me to come home.

These are pics of Rob and I the weekend my Grandmother came to Auburn to meet him. 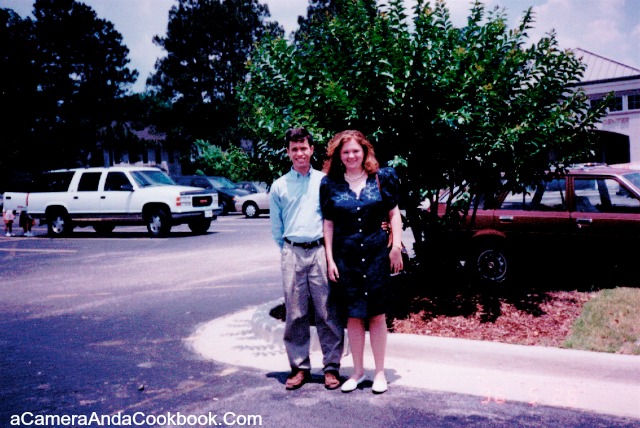 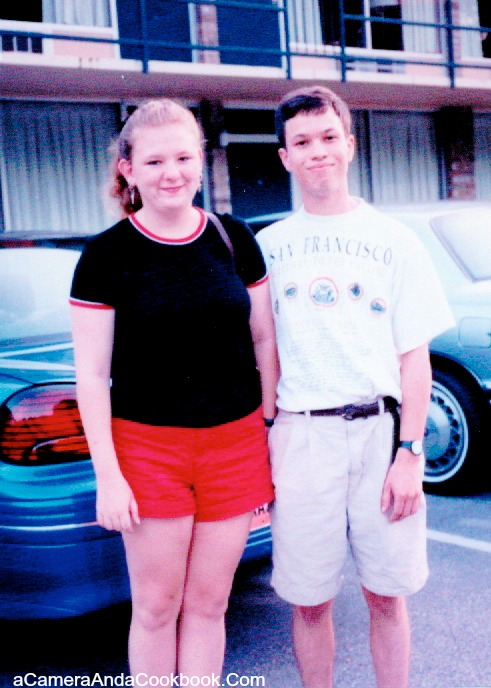