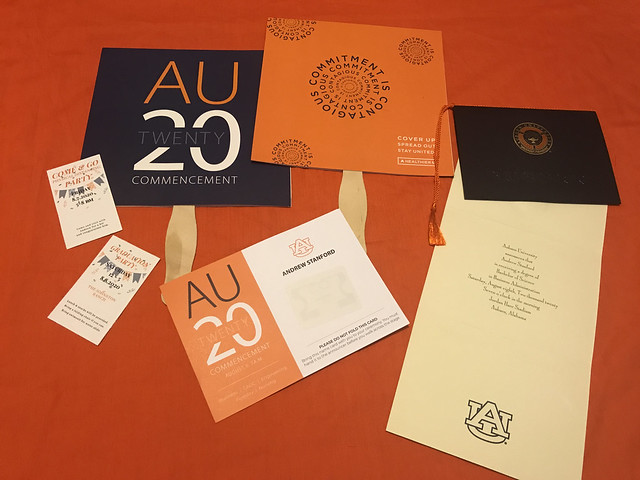 I wasn’t sure what call this post, because it wasn’t technically a commencement for Drew. However, its as a close as we’re gonna get to a ceremony. He got all dressed up (for pics mainly) and wore his cap and gown. We got to go into the stadium and he got his name up on the big screen in Jordan Hare stadium, which does not happen during a normal commencement. Watch as he soaks it all in and gets to the center where they call his name. No one to greet him or give him a folder with the Auburn Creed or anything. We’re still waiting for his diploma in the mail.

The commencement was supposed to take place in Jordan Hare and was supposed to include both Summer and Spring graduates. However less than 2 weeks before the big day they called it off, but still had campus open and had all this set up so grads could walk and get pics. They even gave the electronic copy of all 3 pics for free, which I don’t think is usually the case. 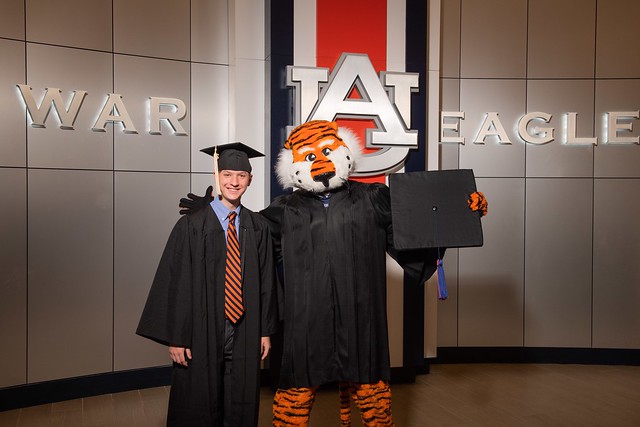 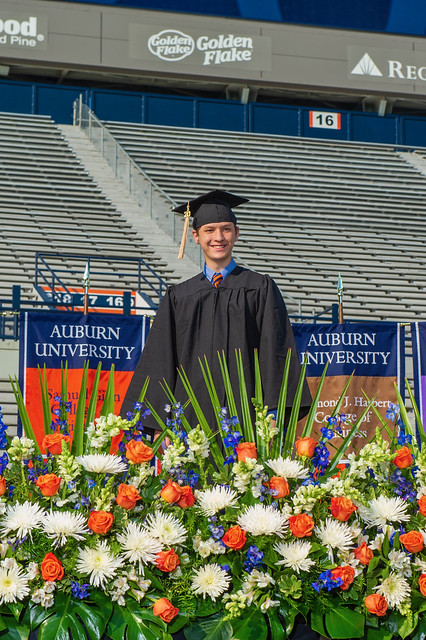 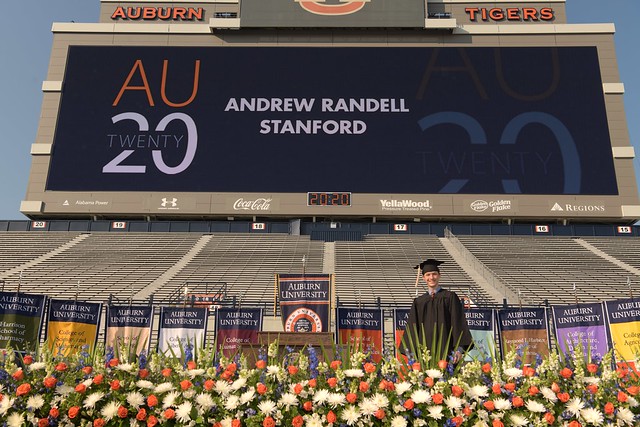 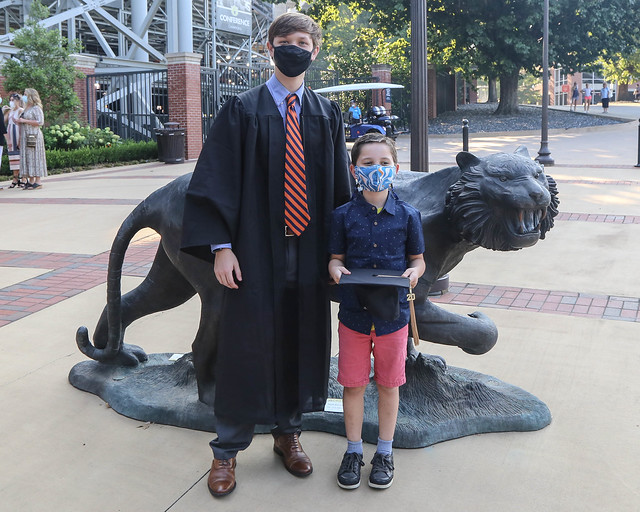 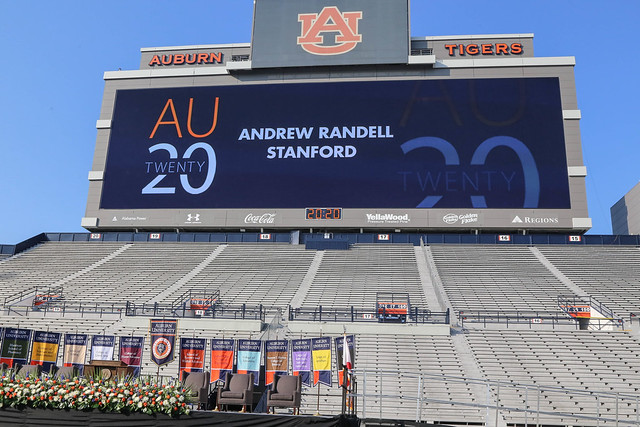 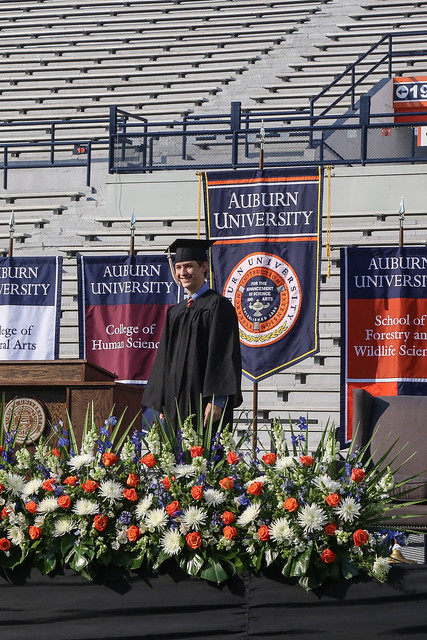 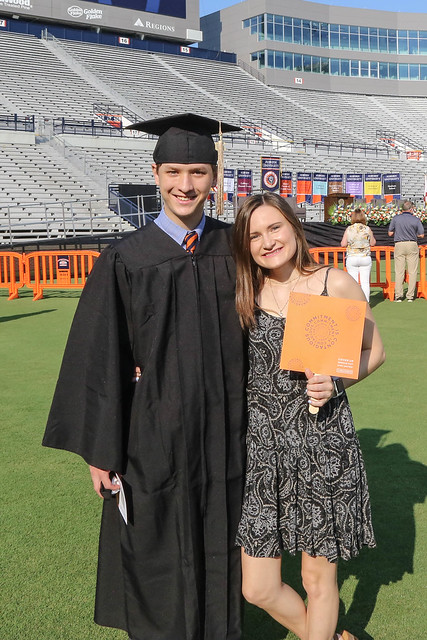 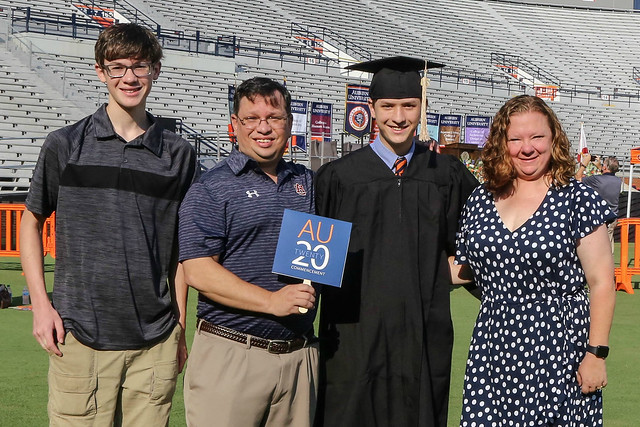 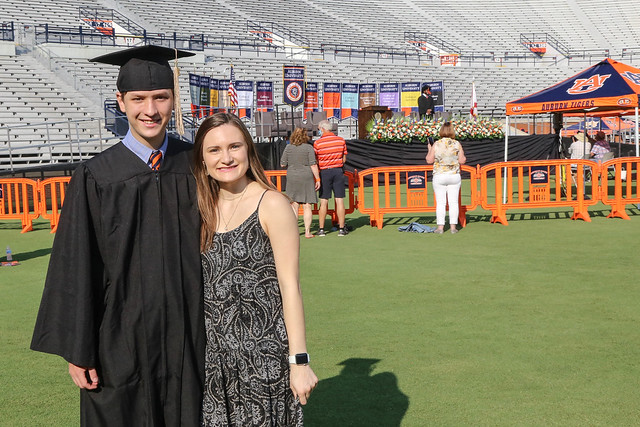 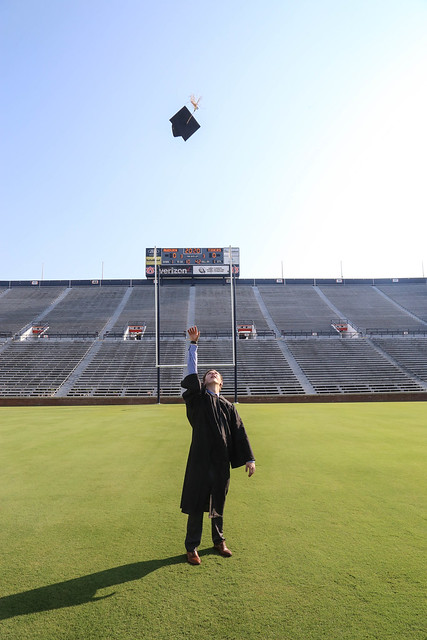 Having a little fun…even thought it was so hot. Even at 8am. Yeah I did a little photoshop to keep his name up there. 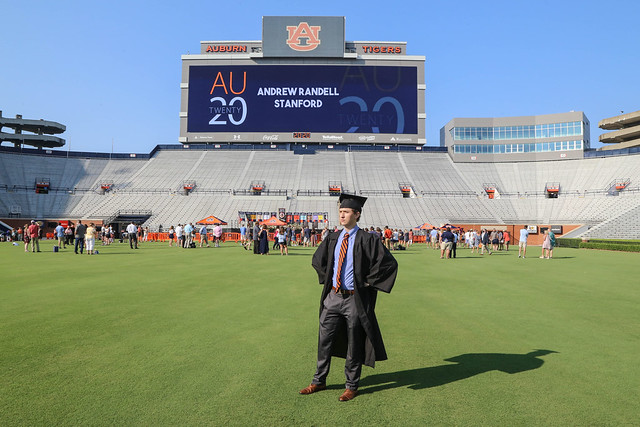 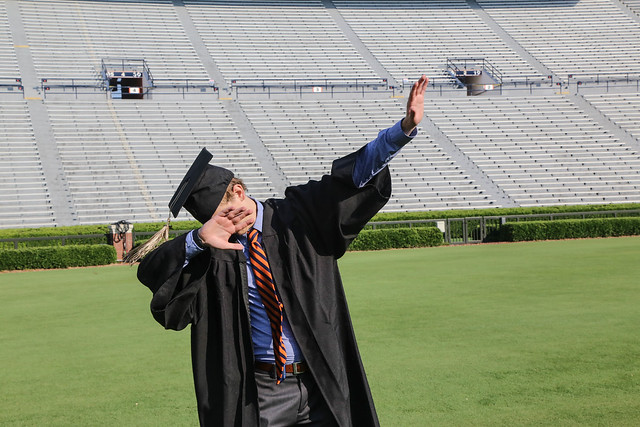 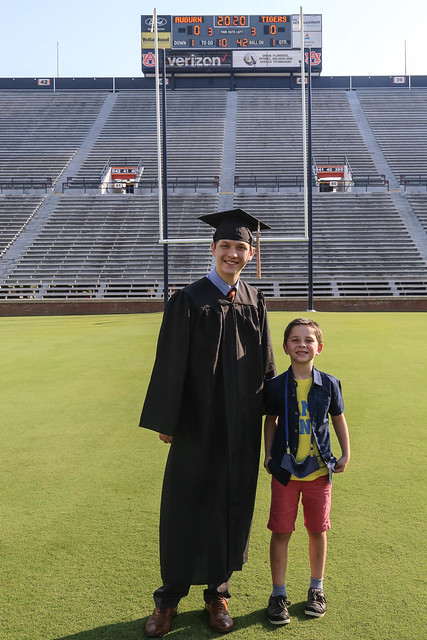 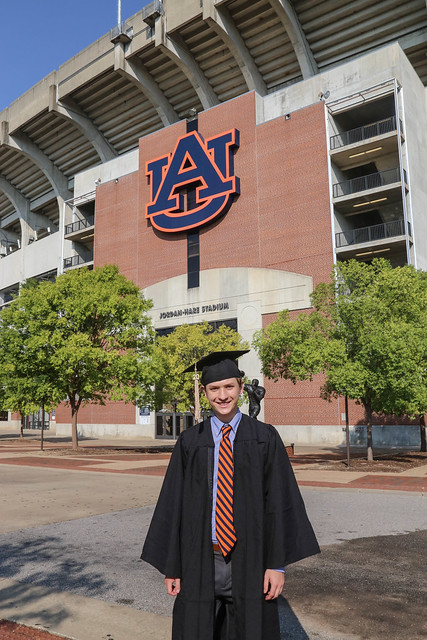 After leaving the stadium, we went over to the bookstore to get the Grad giveaway and for him to look at diploma frames. Rob and I gave him a gift card to the bookstore for a diploma frame, because we knew that was probably something he’d never buy himself or at least not for a very long time. He picked on out and brought it home. Now he’s just waiting to receive his diploma in the mail.

That afternoon was the family party, which I will be sharing in a separate post later.

I’ll just leave this here, because Mommas just have to get sappy for a second. 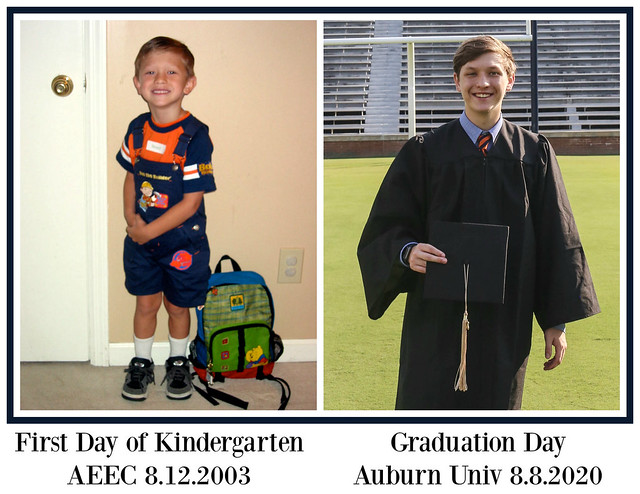