Wow! What a weekend! Friday we went to the Wreck Tech Parade and Pep Rally. It was fun and I took lots of pictures. I’ve posted some below! You can go here and see lots more!

After the parade we cleaned the house and I wore myself plum out! The house hadn’t had a real good cleaning in quite awhile, especially the boys rooms! EEeessshhh! Saturday morning we finished cleaning and did about 8 loads of wash! Rob’s family (Rob’s Mom, step dad, sister, brother-in-law, brother, and adopted brother and sister) got here about noon, I think. We then built the pit in the backyard to build a fire to cook jambalaya on. After finally getting the fire going we cooked it. I was so busy I didn’t get pictures of that. It turned out great and our new cast iron dutch oven was great! I know the more we use it the more flavor it will have. Then, the guys headed to the game and us girls were home with all the kids! We watched Man on Fire, before the game came on. That was heart wrenching! The game was too, actually. You hate to see your team lose the first game! Especially after going 13 and 0 the year before! Oh well…

Today Rob and I got up and went to Bruno’s and got Krispy Kreme Donuts and stuff to have a fish fry for lunch. We ended up doing the fish fry for dinner. We had fried catfish, fresh cut french fries, & hush puppies! YUM!! After that everybody left to head back home and I got on the floor and played with the boys. It was so nice to be relaxed and not have to worry about work tomorrow. Yay, for a holiday!! Tomorrow we’re just hanging out here and relaxing as far as I know! Hope you’re having a great weekend! 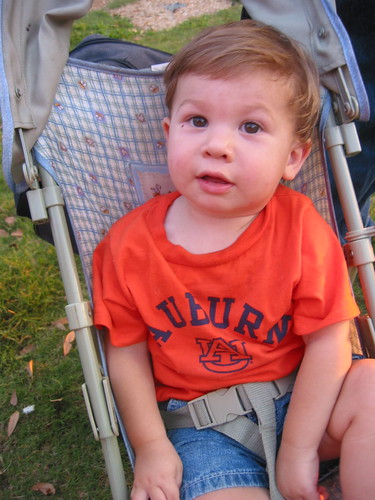 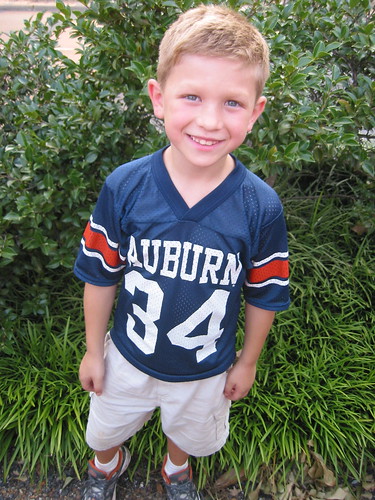 One of the most photographed buildings in Alabama!