This is one of Alex’s new cubes that he put into a cool design. 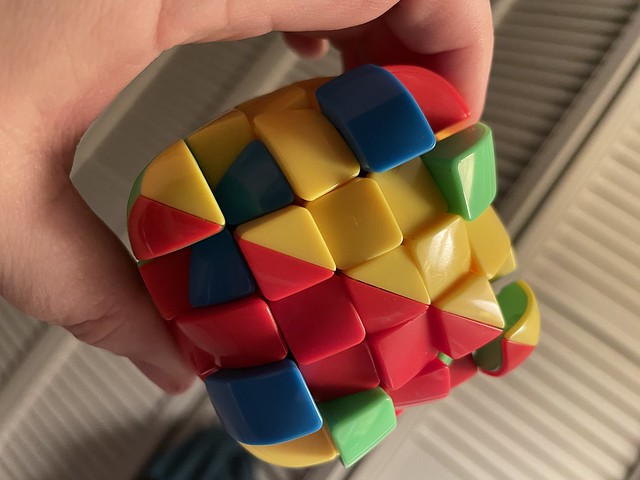 Caitlyn (Drew’s girlfriend) started her career today as an Academic Advisor just across campus from me. So proud of her. 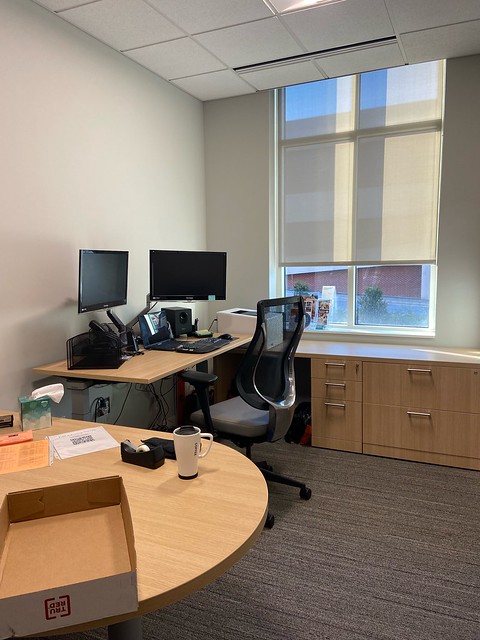 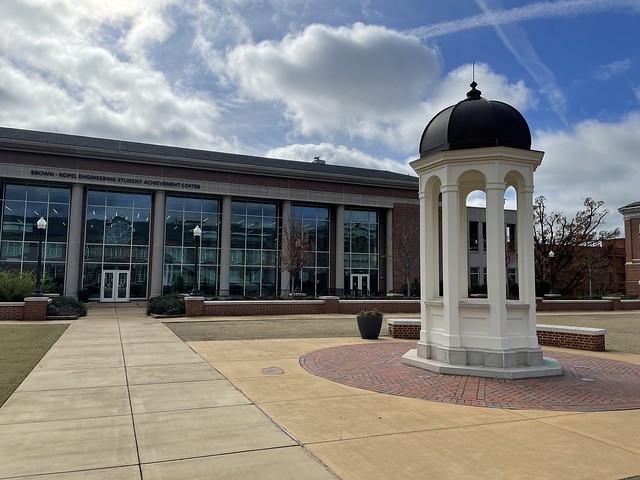 I’m supposed to have a endoscopy and esophagus stretching every year, but I have been pushing it off trying to do it less often. Especially since I haven’t had too much issue since the first time I had it done back in Fall 2020. It’s such a process to to the surgical center and have them ask you a million questions and then bring you back and put you to sleep for less than 5 minutes. You also wake up with a bag sore throat and just kind of out of it for a bit. Here I am waiting for the doctor to come in. Luckily, he said everything looks the same and to call him if I need him. I was in and out in less than 3 hours. 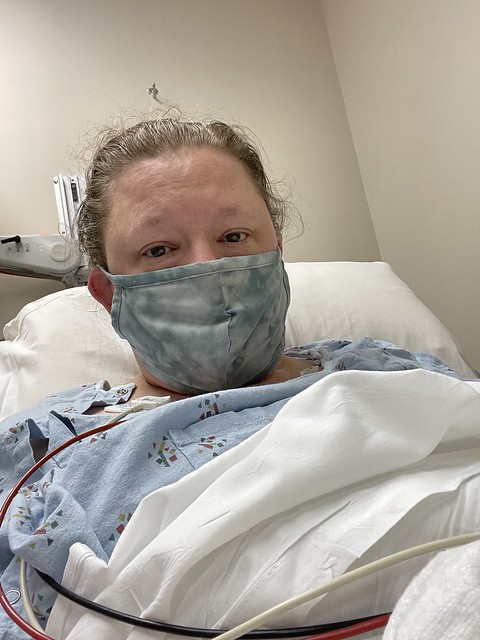 The first weekend in February was our youth’s Winter Retreat. Last year, it got cancelled. I’m so glad it wasn’t cancelled this year, since it was Alex’s senior year. We had to get a COVID test on Wednesday before leaving on Friday. This was Sunday after a night of NO sleep, so not the best time to take a picture, but I didn’t think about that on Saturday. 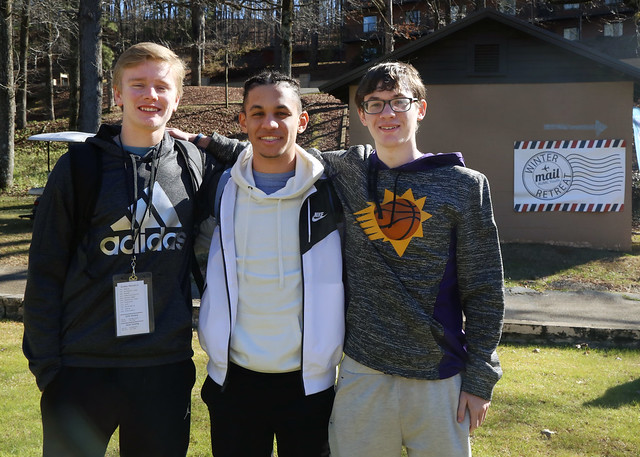 I decided to try EveryPlate, which is similar to Blue Apron that I tried last year. It’s another meal subscription service. I wasn’t happy with my box of EveryPlate for a few reasons.
-They left out the meat for one of my meals.
-I didn’t care for how their directions were organized. I missed some steps because of it.
-Not impressed with the 2 meals I was able to cook.
-Here’s one of them: 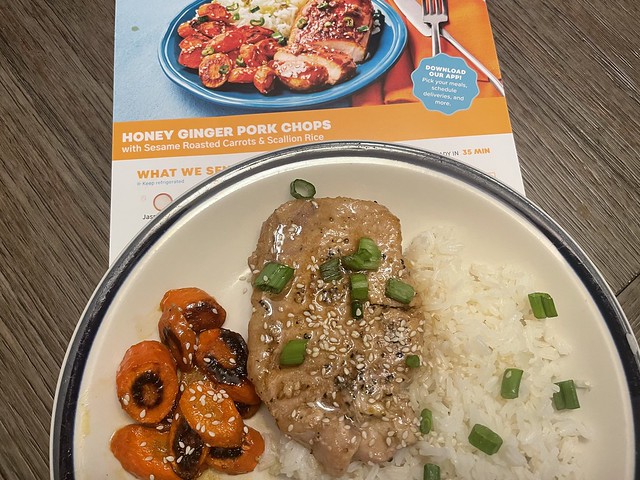 I’m going to cancel the subscription. I think the price is better than Blue Apron but for me not worth the money because my cooking is 100 times better! I think I just need to stick to my own recipes!

Sunday we went to a Super Bowl Party. 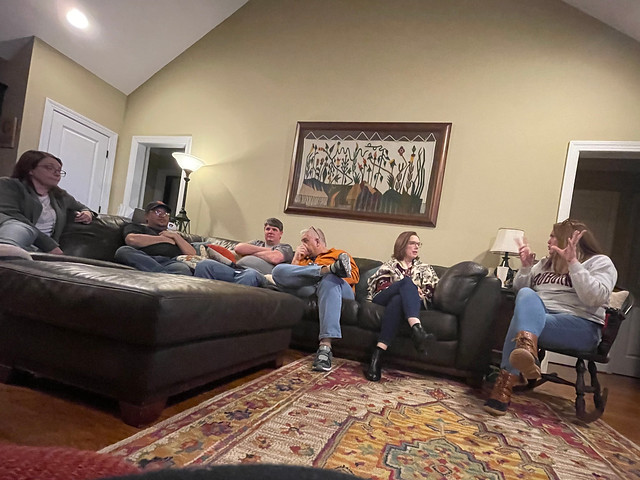 My friend, Emily, who hosted the party always has the cutest tiered trays. Here’s her Mardi Gras themed tray. 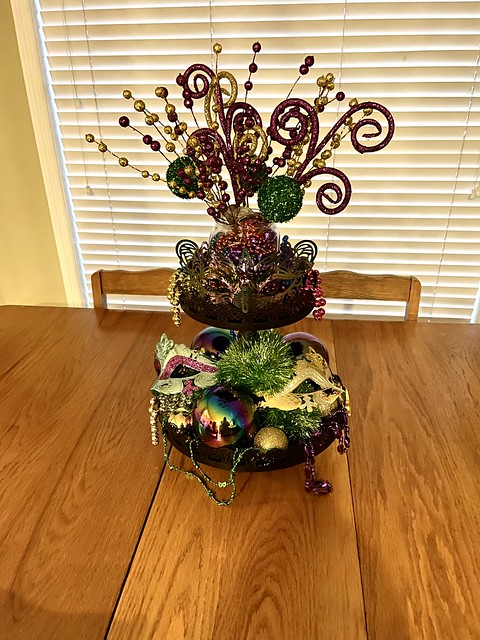 Life of the party right in the center of everyone! 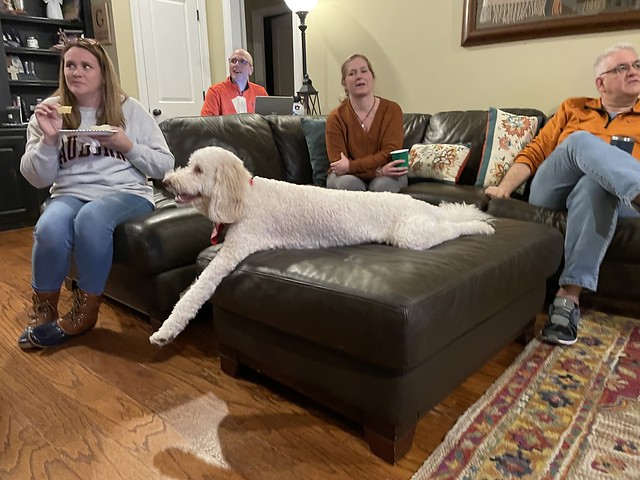 Emily’s husband and their son are really into Pinball and hence their house if full of Pinball machines. I got up near the end of the game and went and played. 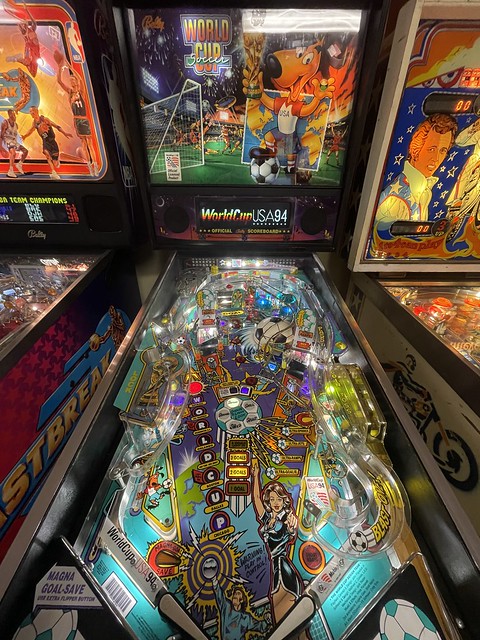