This year Thanksgiving was different. Rob’s mom and step dad went to Florida. Rob’s sister had all her in-laws at their house. With all that info, we just decided to do our own Thanksgiving at our house with just the boys and their dates, as well as Rob’s brother. I cooked all the sides and some things didn’t turn out as well as I would have liked, but it was a year of trying to make everything Gluten Free for Caitlyn and making some things these low carb for me. Nothing was uneditable. Thank goodness. Rob’s deep fried turkey was delish and that’s all the boys really care about. 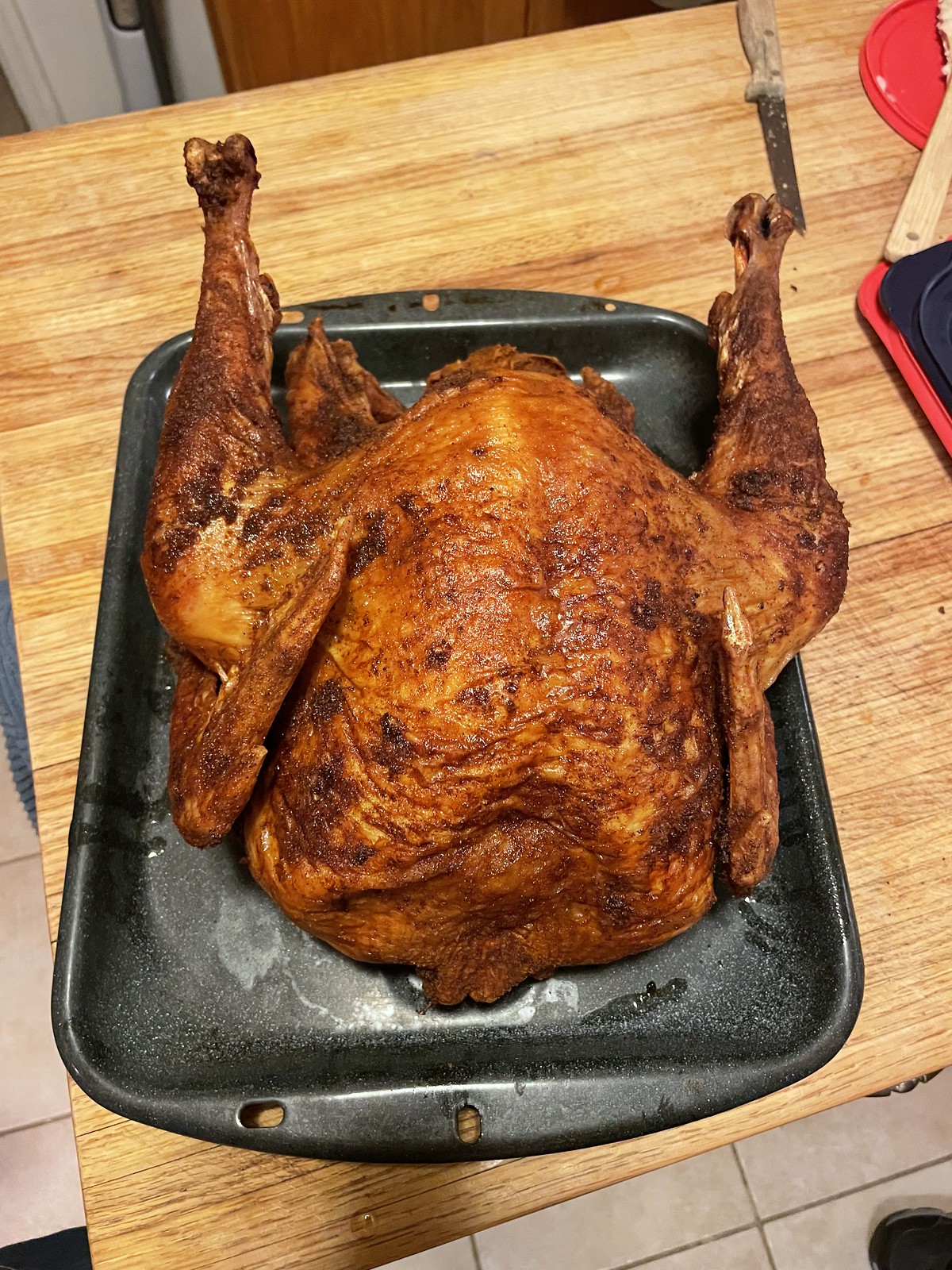 I’ll have to say this was a special and kind of odd Thanksgiving. It was special because it was our first ’empty nester’ holiday. I’m so thankful and grateful both boys came home. I mean I know they live a mile or less from us, but knowing how relationships can be, I’m so appreciative and humbled that the boys still want to come home. 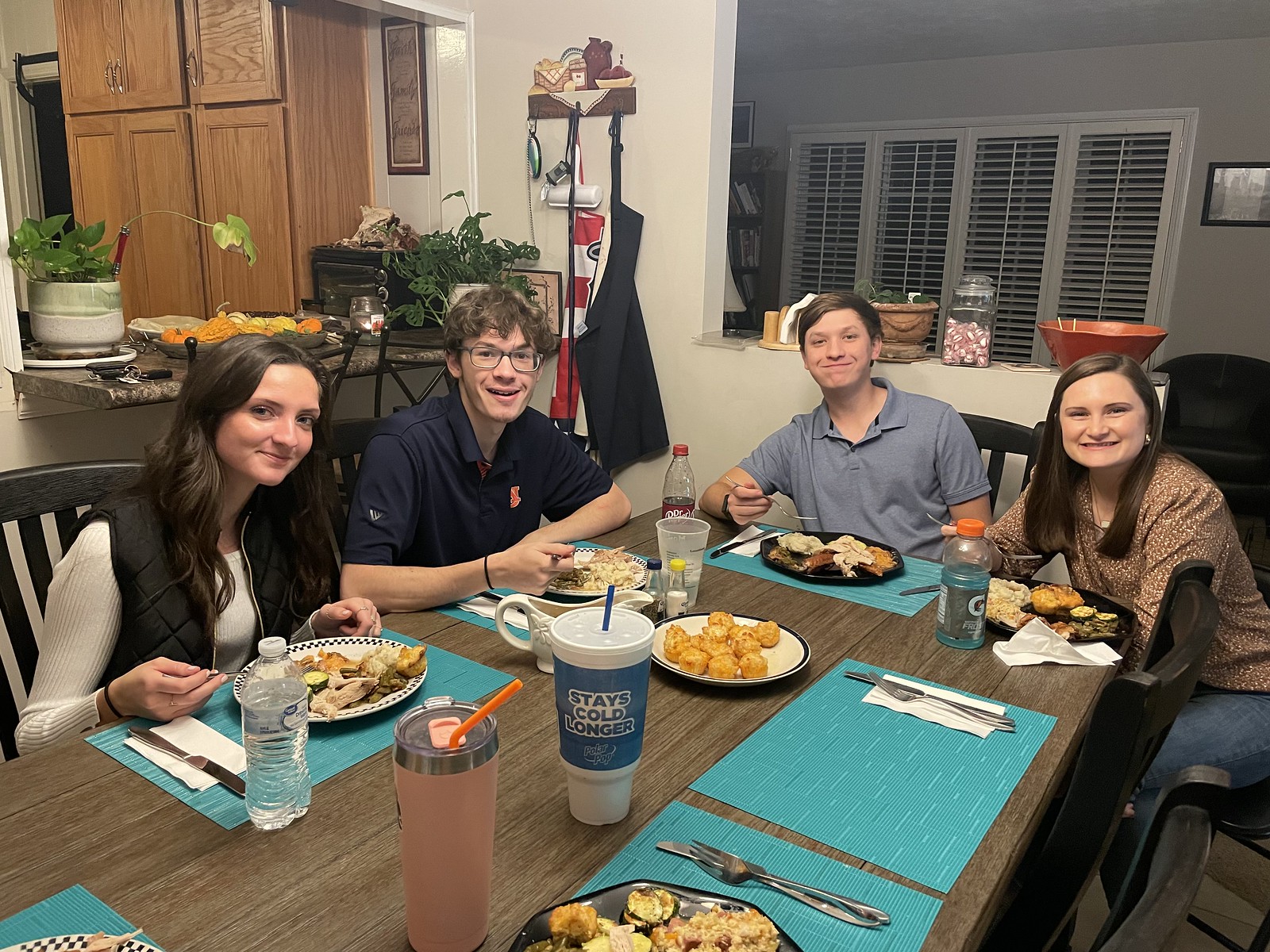 Thanksgiving was just kind of odd because Rob and I were just at home all day. We watched the parade and the dog show, did some stuff around the house, cooked. We didn’t go anywhere and we didn’t see anyone until like 4pm. Most Thanksgivings, we go to someone’s house right after the parade and spend our day with family. Since the boys were doing Thanksgiving with their fiance’s/girlfriends’ families, they were there for lunch and a good chunk of the day. 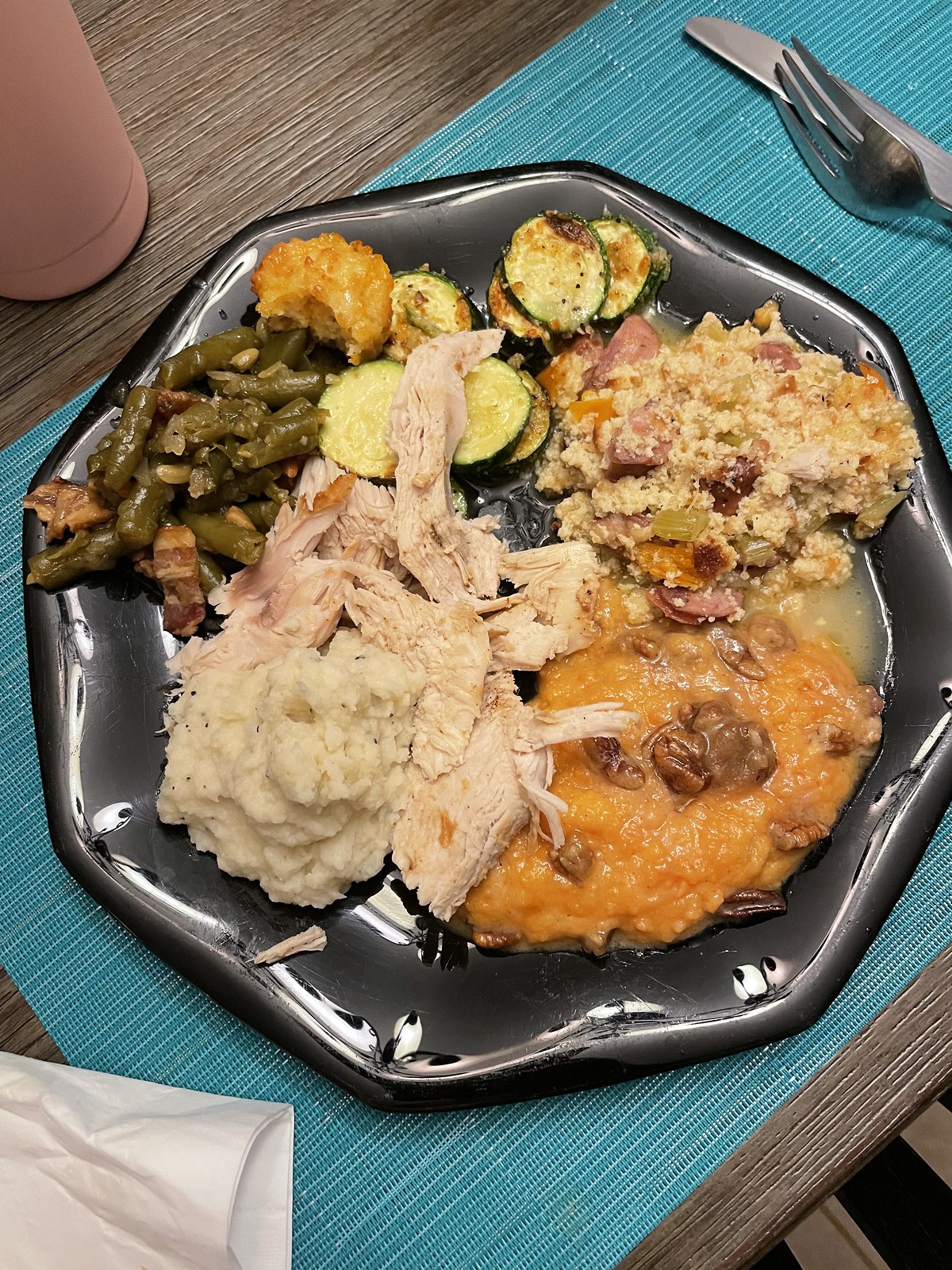 Thanksgiving is a time I usually forget to take family photos. This year I pulled out my camera that morning to make sure I didn’t forget. After dinner we took all the pics. 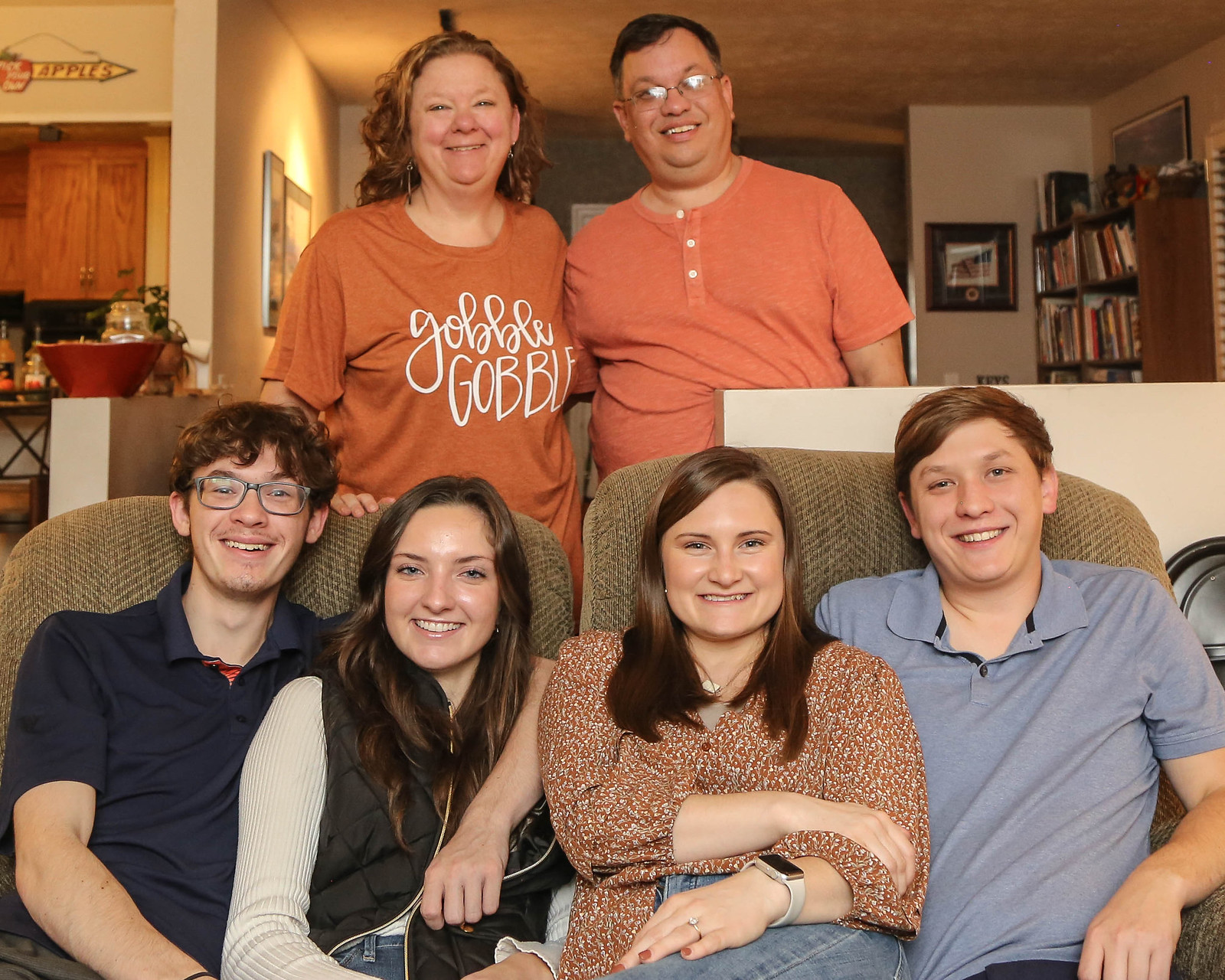 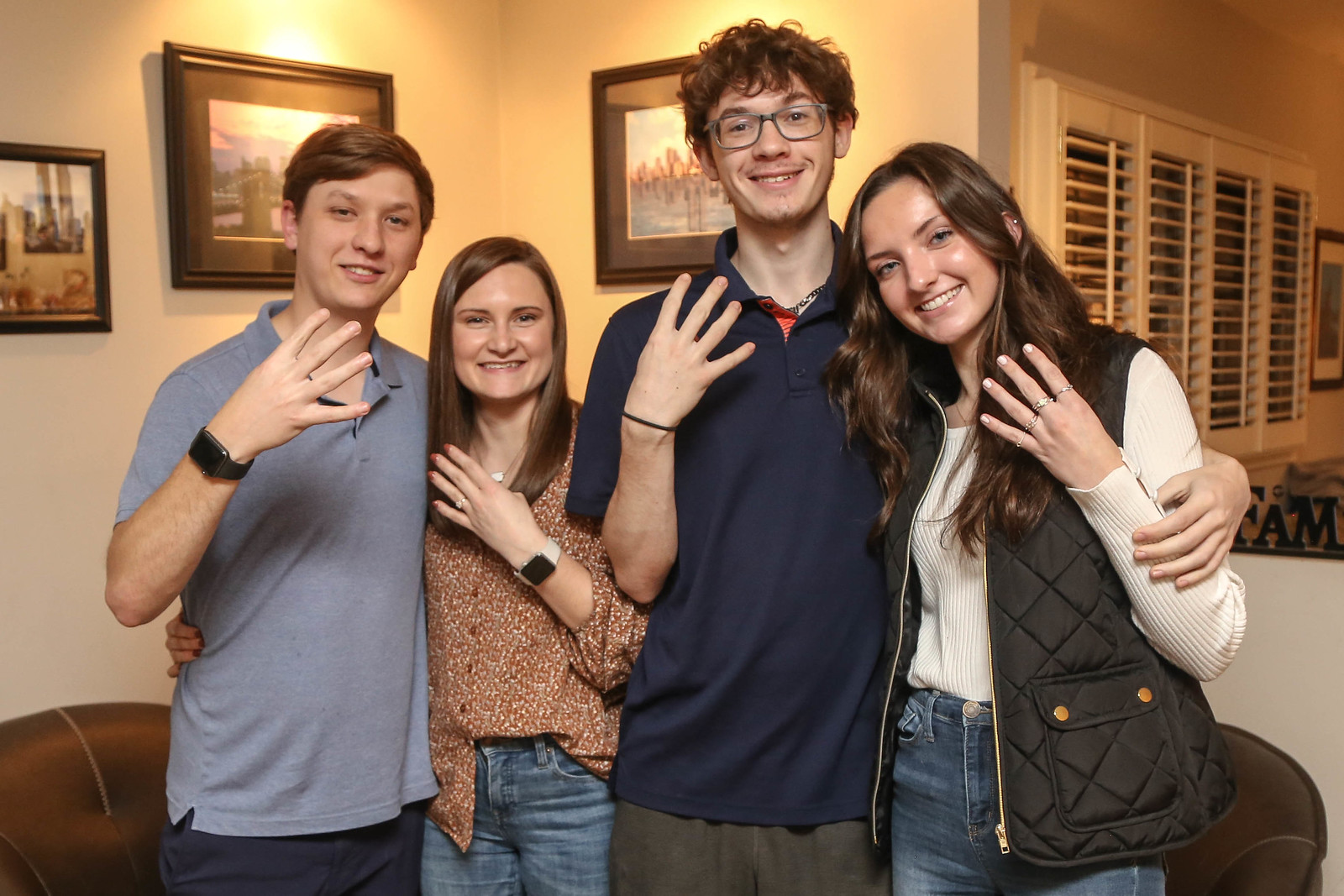 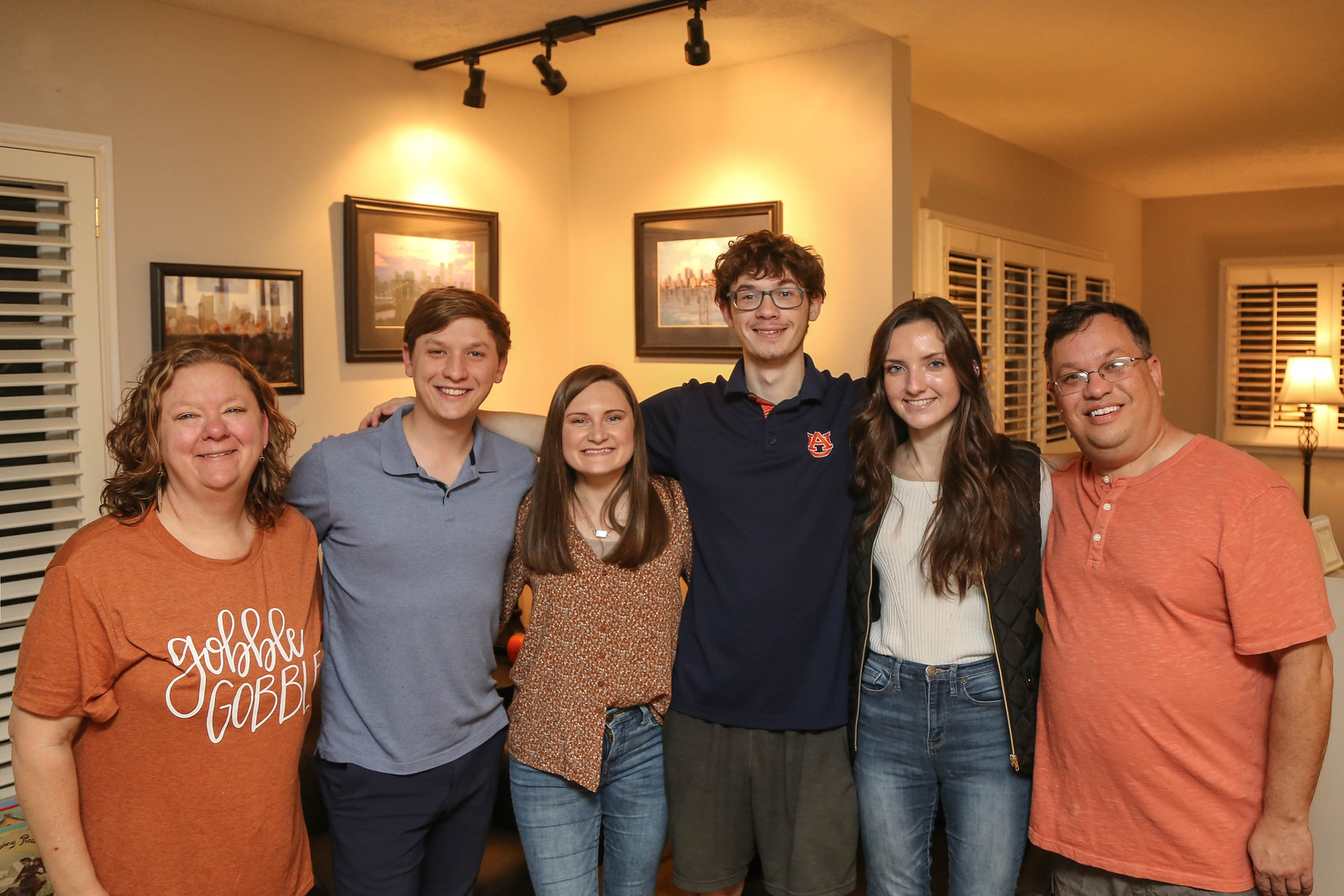 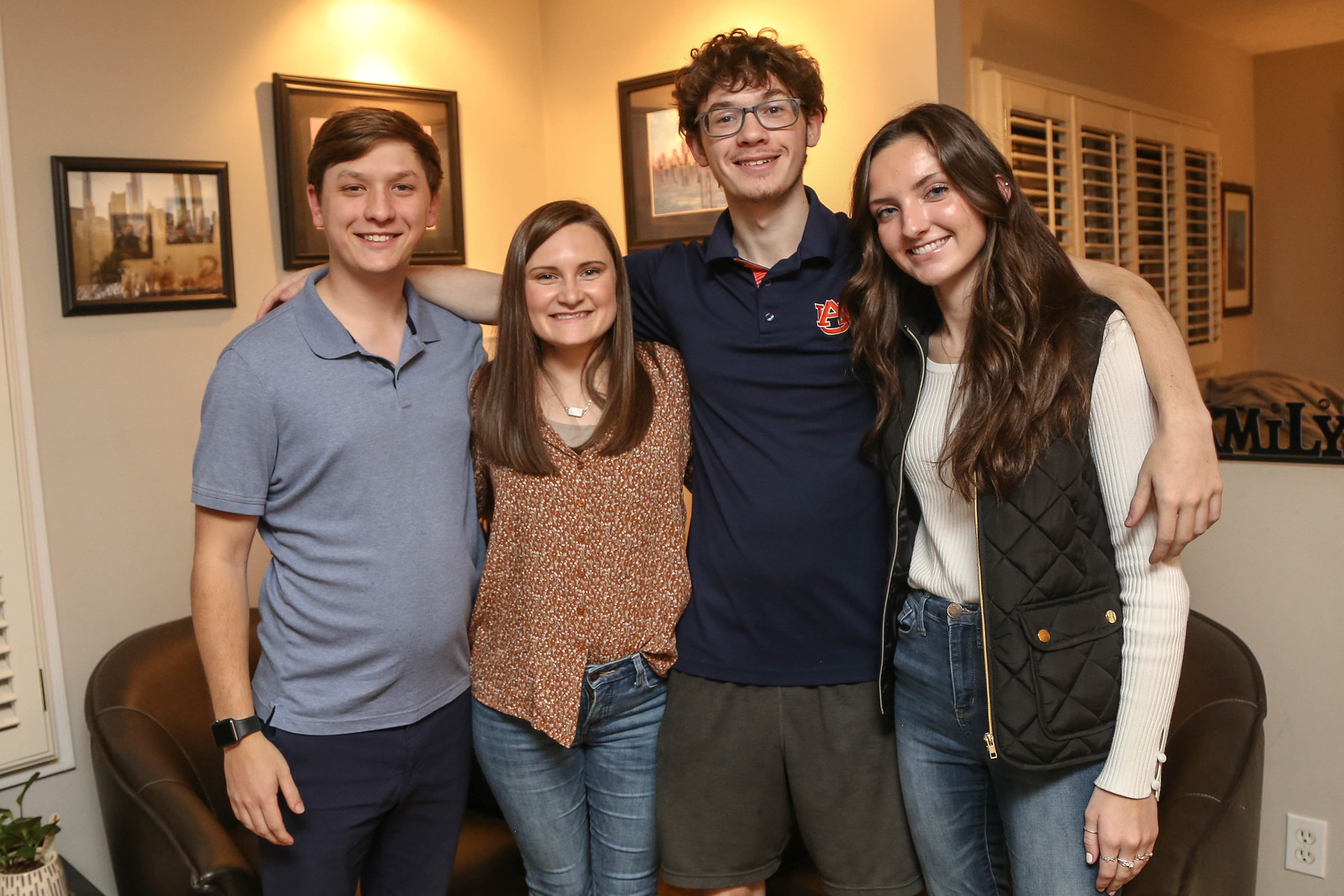 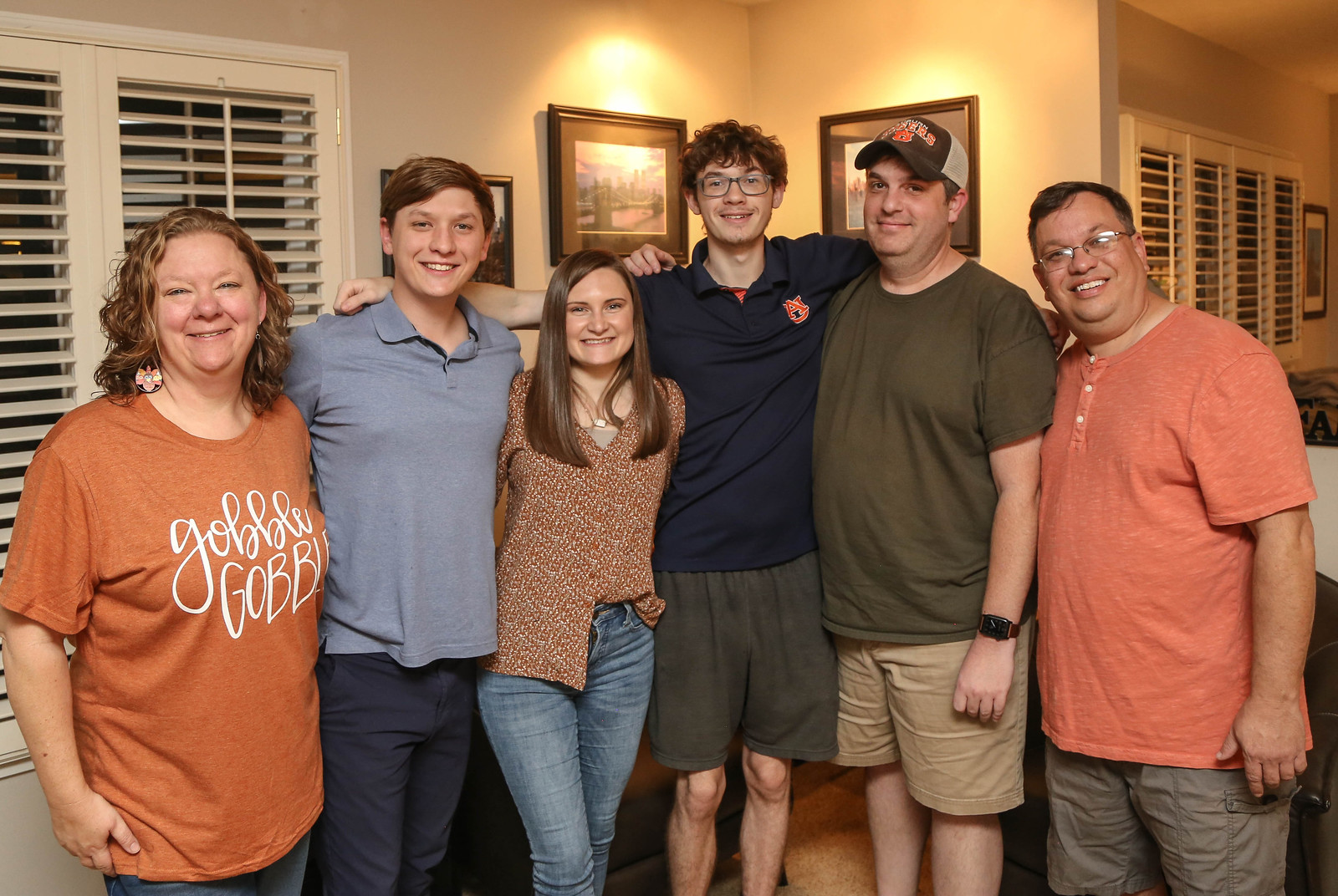 Then, it was time for drinks. Rob was excited to have the Mamajuana from the Dominican Republic. 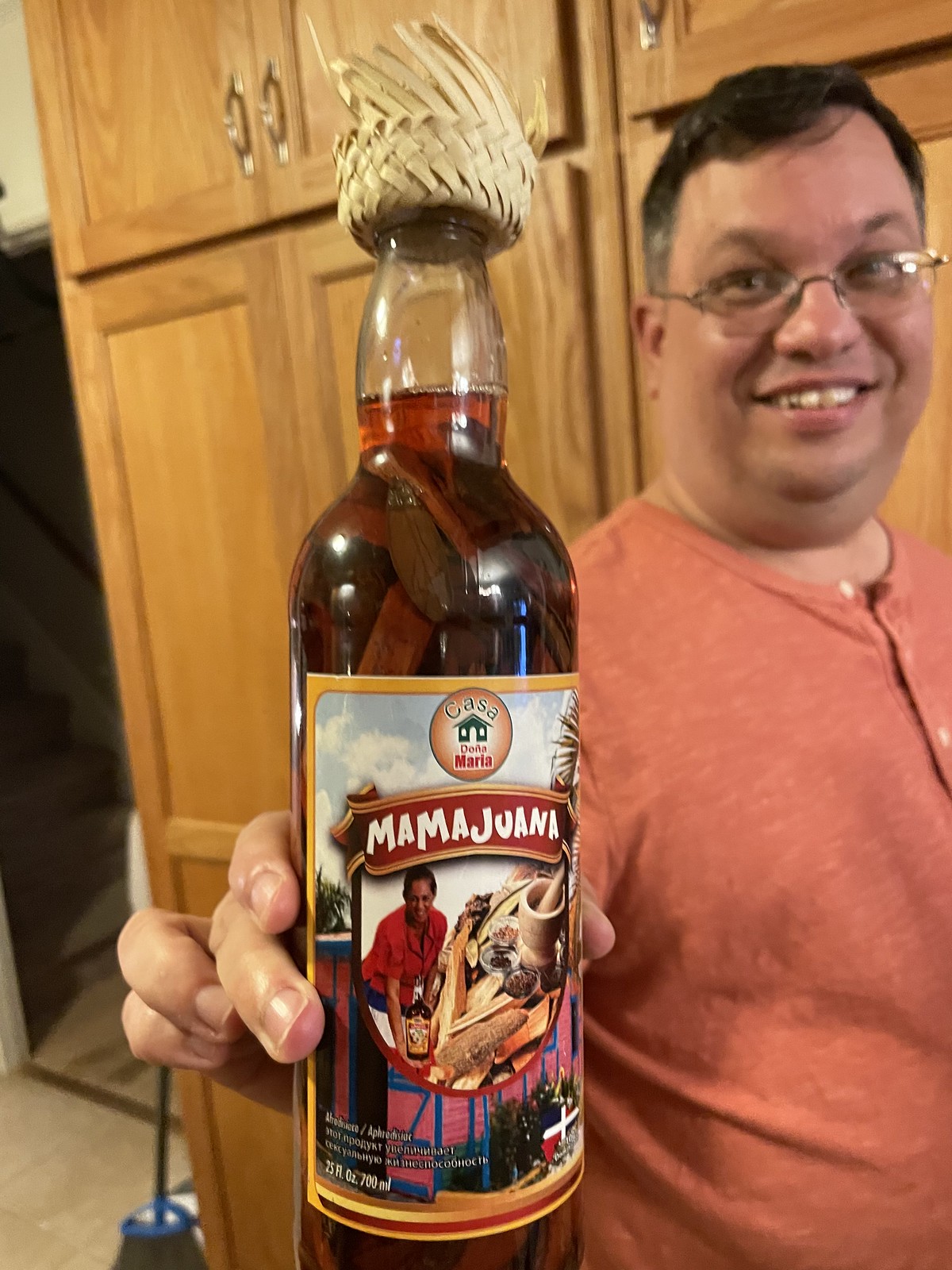 Then we played Carnival (Cruise) Family Feud. It was really fun and not too cruise related. Pretty much anyone could play this. 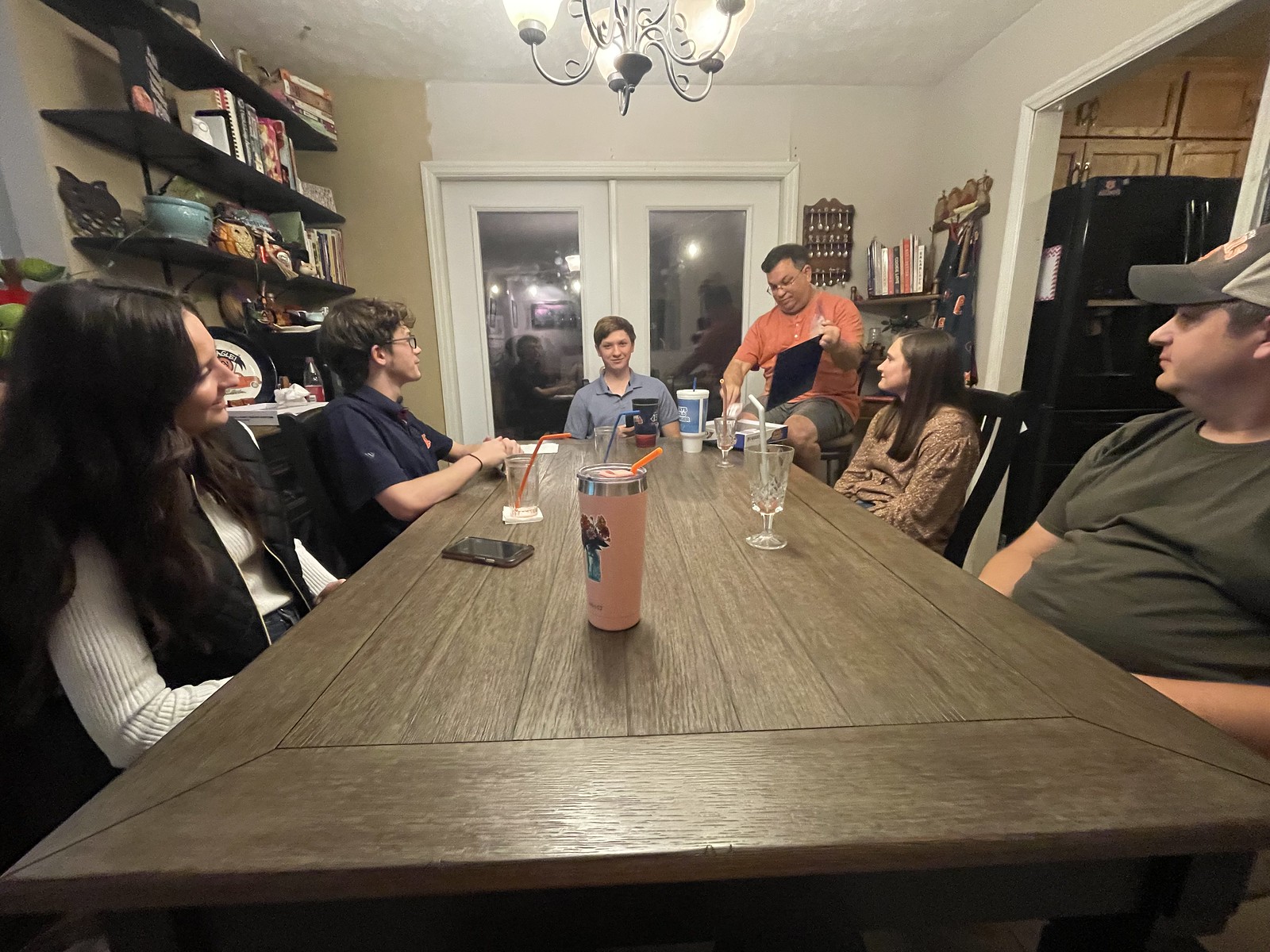 For memory sake, here’s what our menu consisted of:
Deep Fried Cajun Turkey – Rob is always in charge of this.
Andouille Cajun Dressing
Cajun Gravy
Praline Sweet Potatoes
Mashed Potatoes – Alex doesn’t really like the sweet potatoes, so I made mashed potatoes. However, this year I made them in the instant pot.
Candied Green Beans
Roasted Zucchini
Cheddar Garlic Biscuits (Keto friendly)
Homemade Applesauce – used a slightly different recipe
Caitlyn made a caramel chocolate chip cheesecake that was so yummy!
Madison made chess squares that were also amazing.