Over Spring Break, we headed down Florida for a few Spring Training baseball games. Since we have family that lives in close proximity to many of the parks, it’s nice to have a free place to stay and take day trips to see different teams. 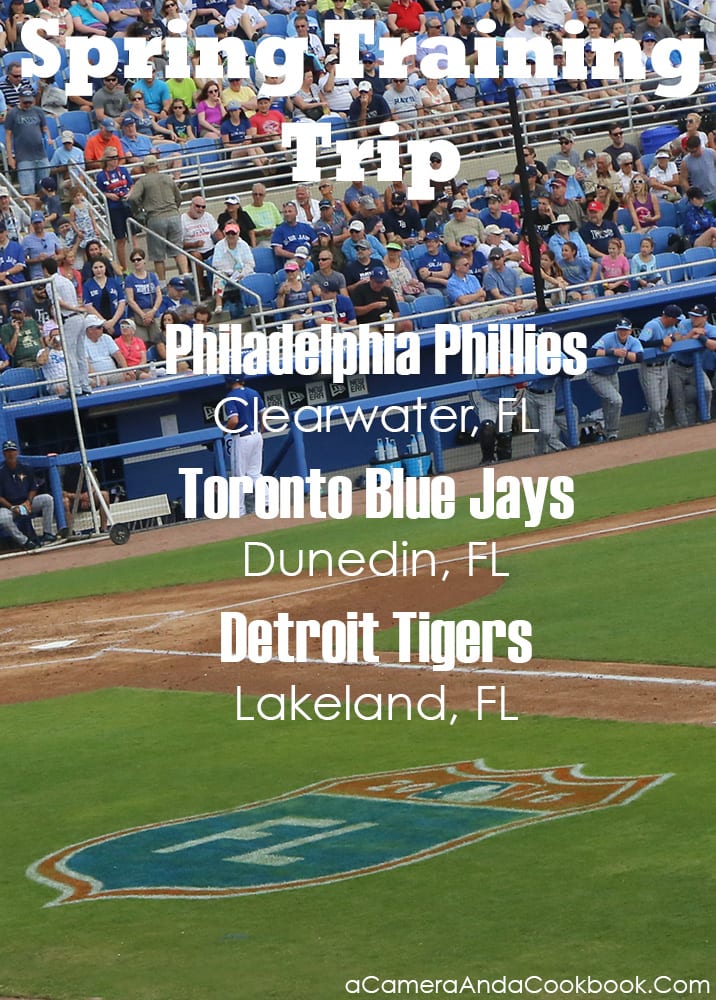 The Phillies spring training facility is Bright House Field located right off Hwy 19. There a re a few small parking lots around the stadium, but most of those spots are restricted. You will find that most people park in the grassy field lot across the street from the park at Jo DiMaggio Sports Complex. Parking is $10 there. If you come in the center gates you’re welcomed by stadium fountains and statues. This ballpark has a more modern feel with large video board, spacious berm area seating, and a wide variety of food venues. Park employees are friendly and helpful and there are tons of good seats. This ballpark is breezier than many of hte other stadiums. Also when you leave to get food at the concessions you can still see the field from the concession areas.

If you don’t come this park for any other reason, you have to come see the Philly Fanatic. He is sure to keep you entertained. The Phillie Fanatic stays quite busy, from pre-game shenanigans as the players warm up to bouncing around the stands interacting with spectators. 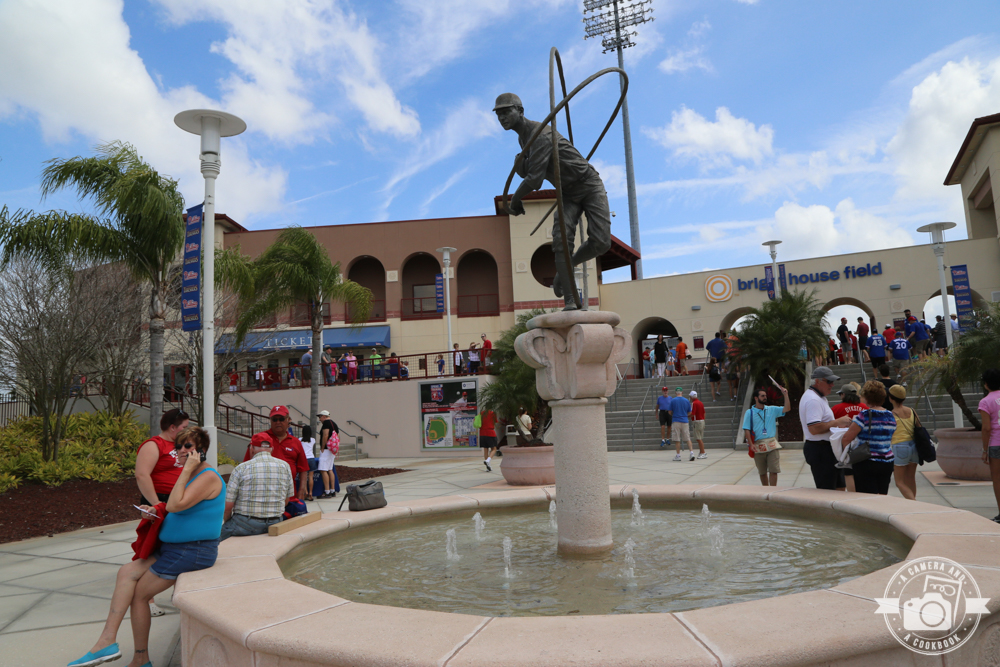 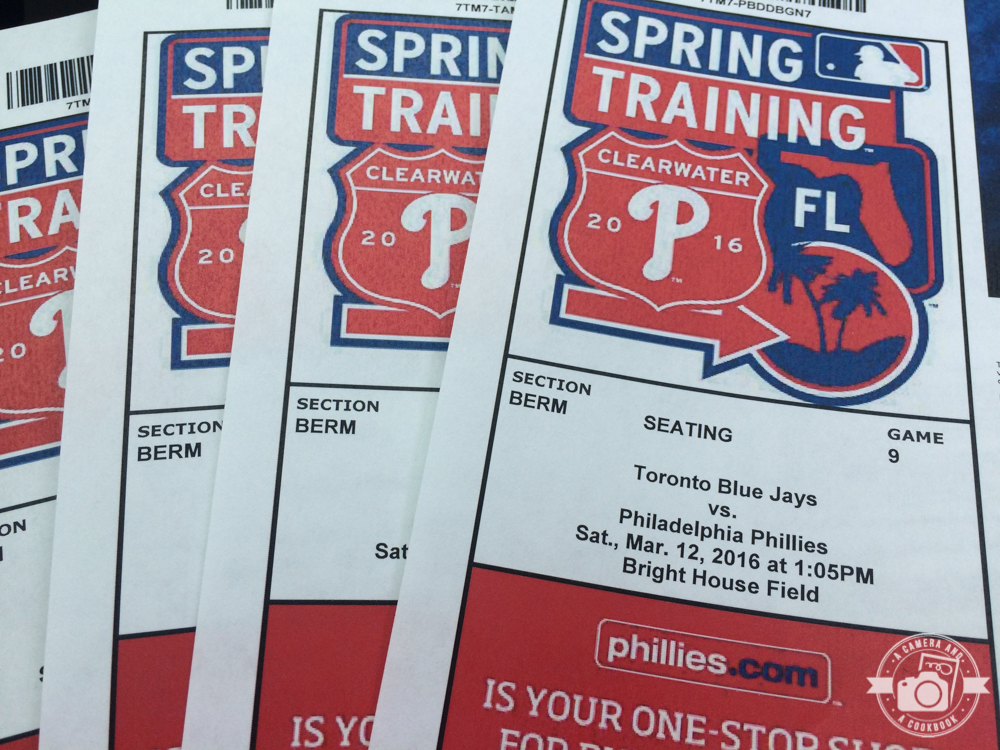 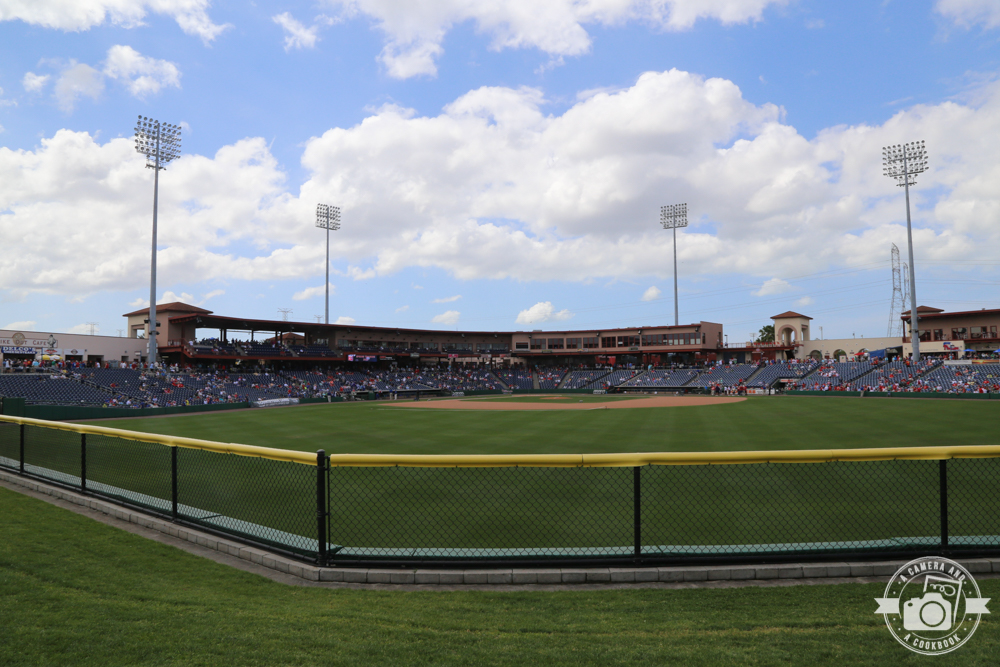 We sat in the outfield on the Berm, which left us with a bit of a disconnected feeling. We still had fun through. 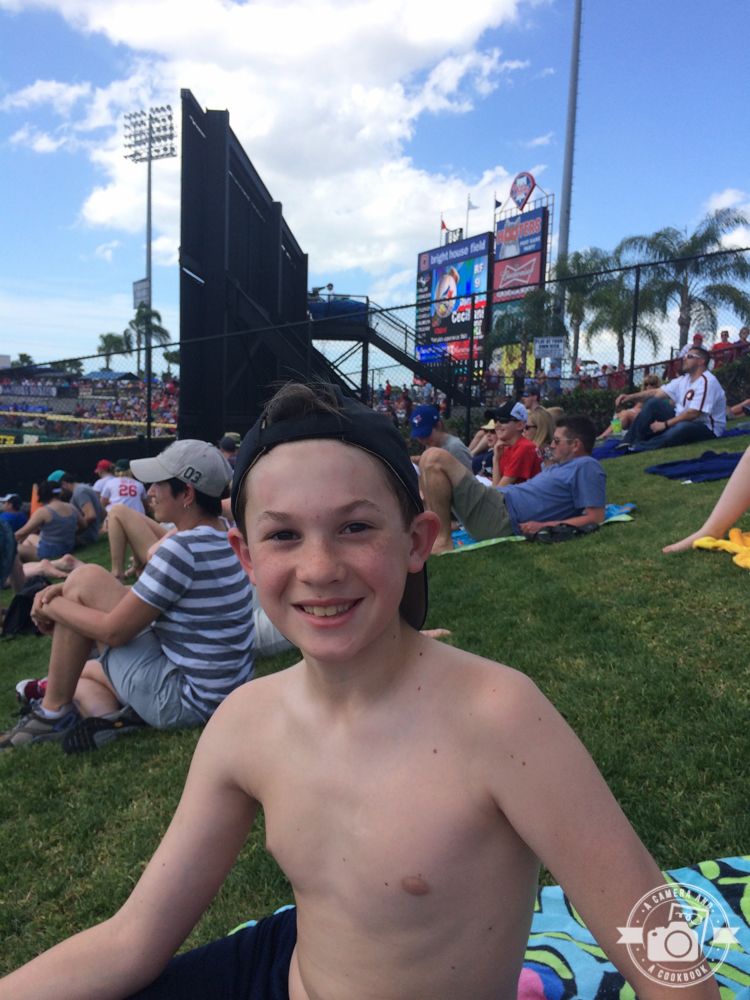 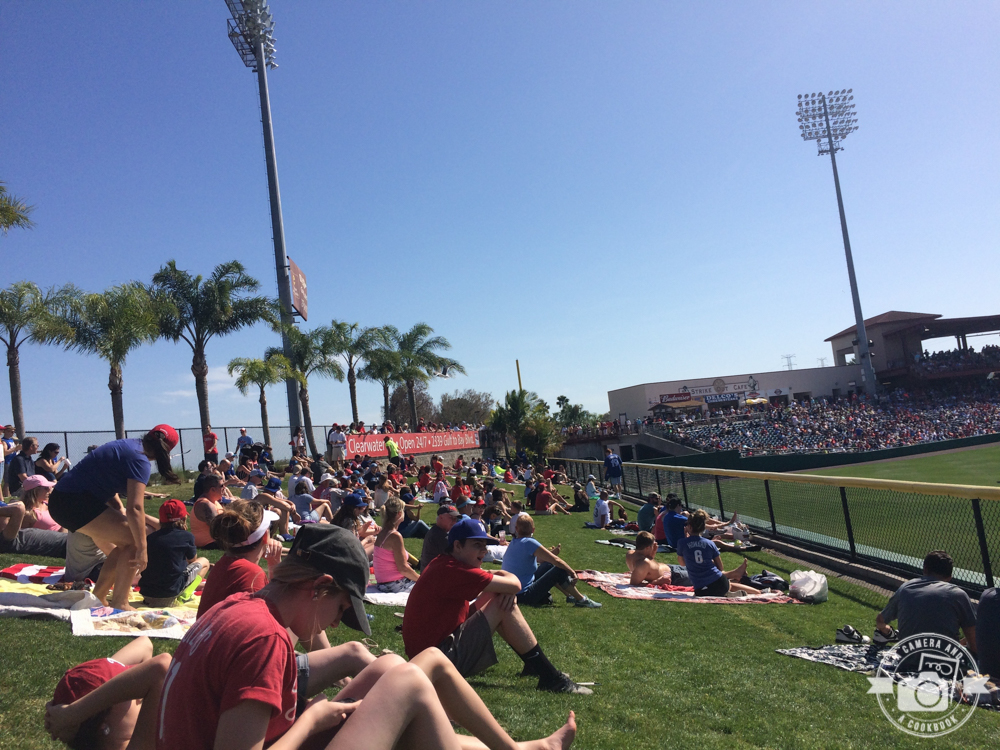 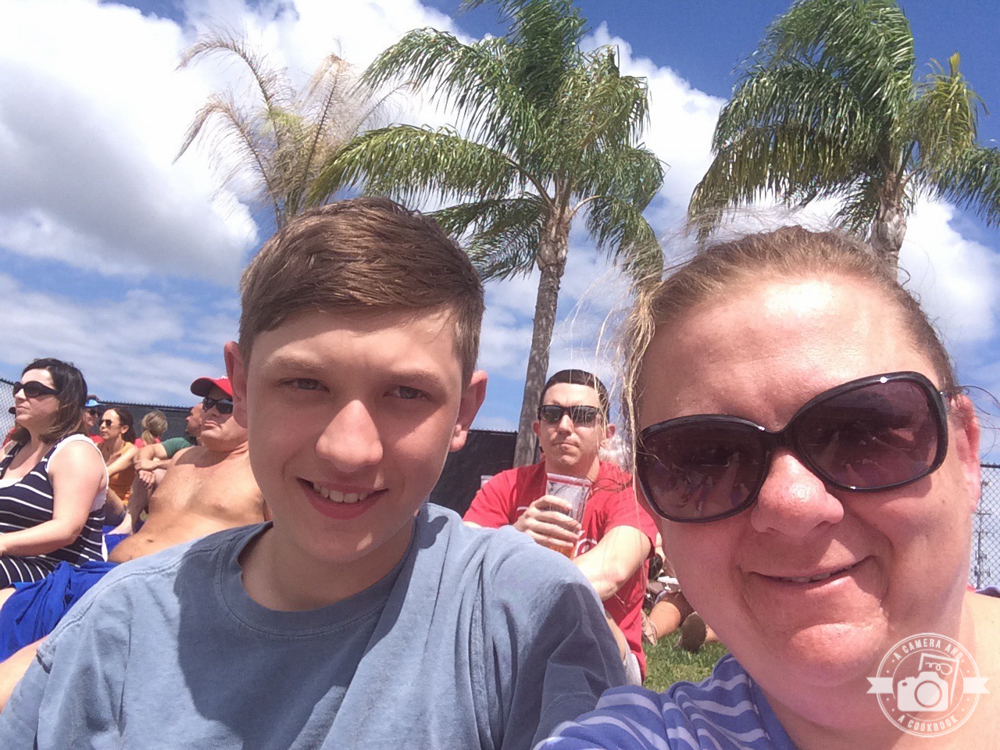 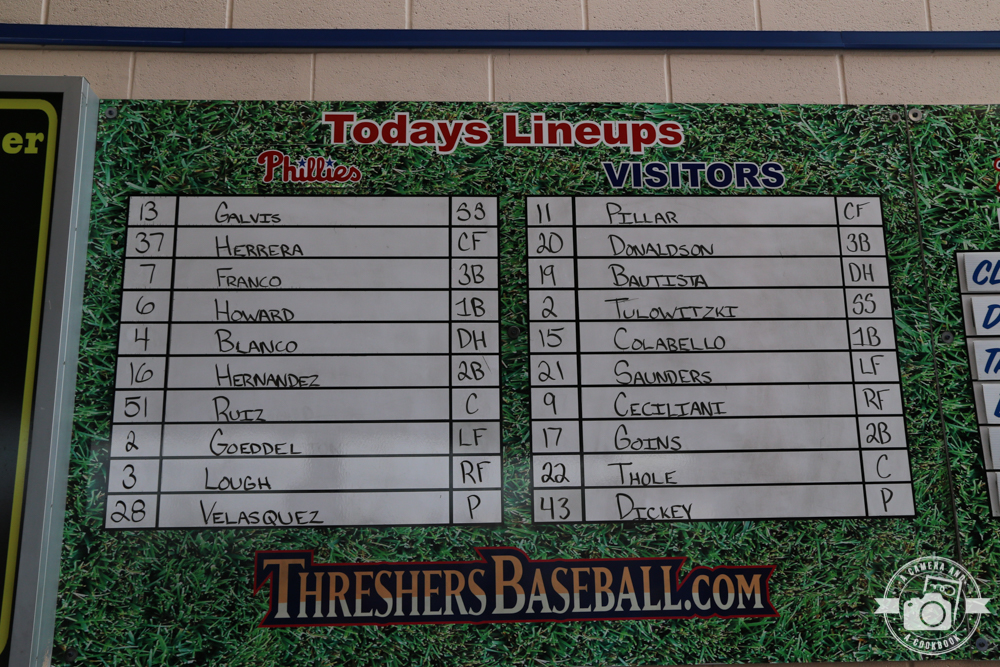 Rob and Drew went to this park last year on their spring training getaway and raved about they Delco Philly steaks (straight out of Philly), so I was eager to sink my teeth into one. They did not disappoint! 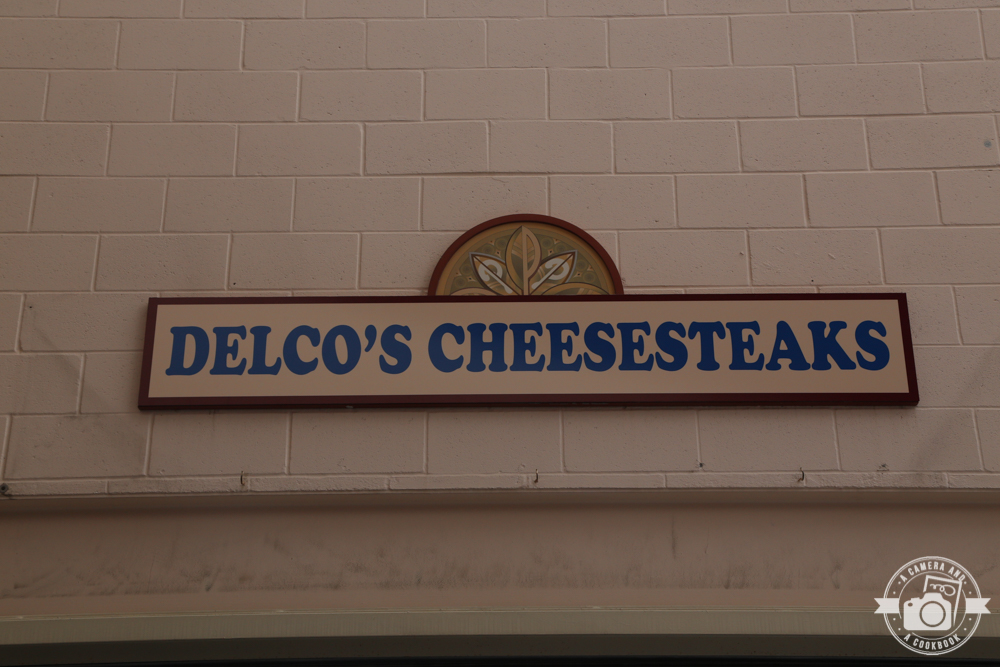 The picture does not do it justice, at all! 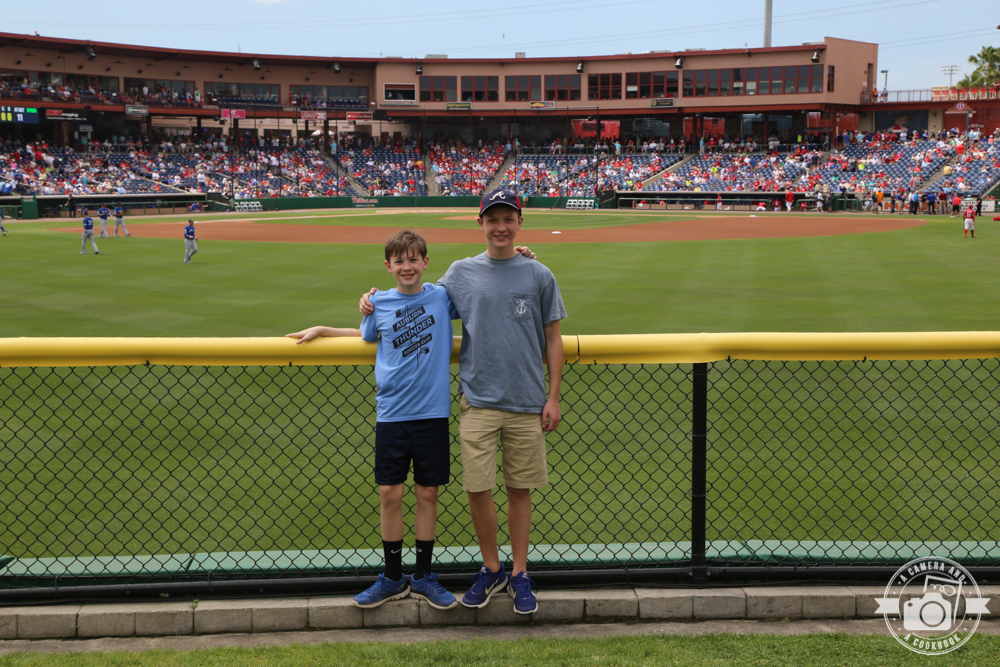 We walked around and got a couple different views. 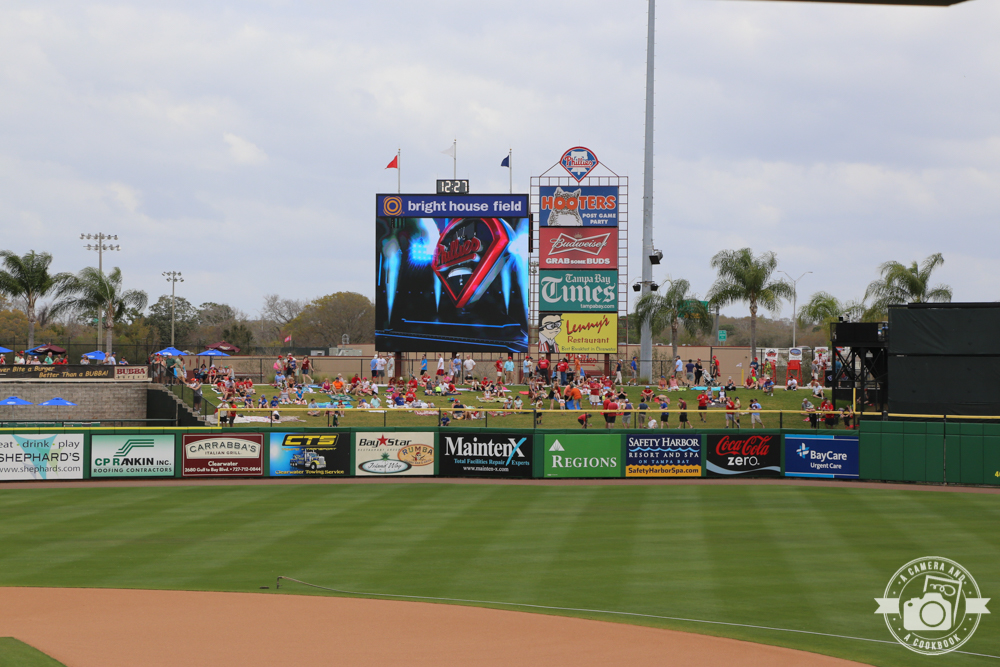 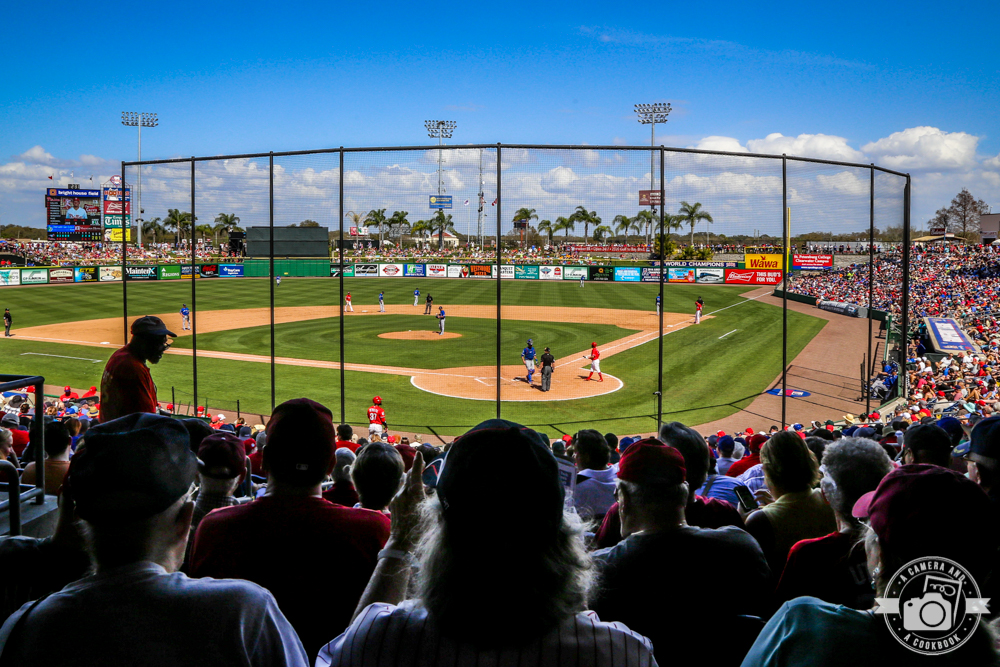 It was pretty hot so we splurged on some Philadelphia Water Ice. Doesn’t sound good, but it hit the spot. Similar to a sorbet. 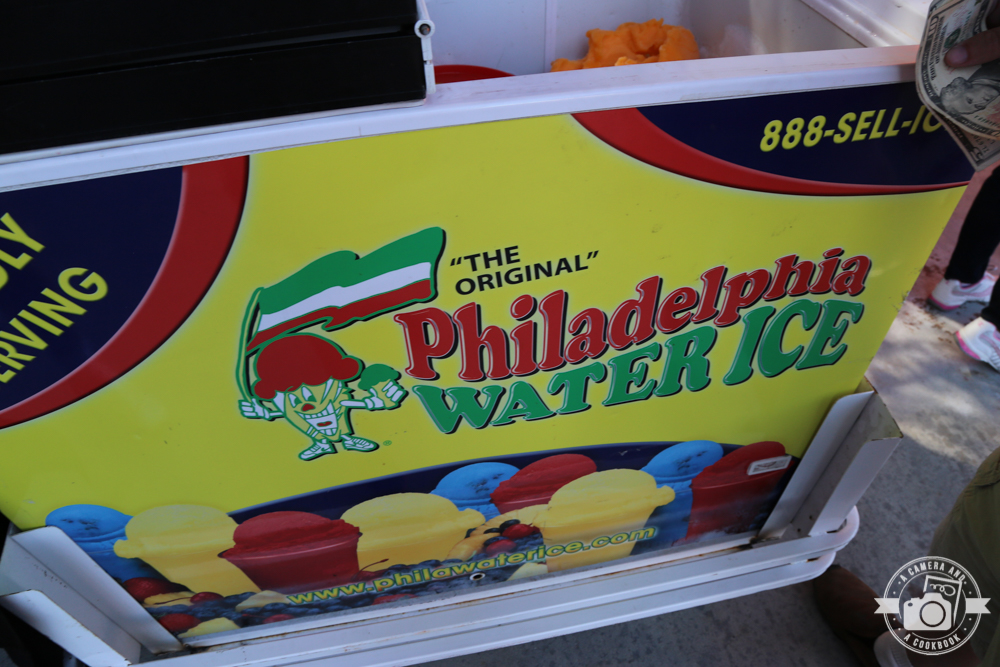 Florida Auto Exchange Stadium
Dunedin
Opened in 1930 however it’s been renovated several times since
Capacity: 5,509
The next day we drove to Dunedin to see the Red Sox at Blue Jays in Florida Auto Exchange Stadium. This old style ballpark in nestled in the cutest little town right amongst neighborhood home, shops, and walking/biking trails. We parked at a lot a few blocks away, which gave us an opportunity to enjoy this quaint spot. You can tell there is a special relationship between this neighborhood community and the baseball community that visits here every spring. Walking into this stadium gives you a feeling that you’ve stepped back in time. Vintage style scoreboard, no fancy video boards or graphics. However, the interaction between game host and crowd keeps everyone entertained with games, trivia, and more. With this stadium only holding a little over 5,500 this stadium is definitely the most intimate and many of the seats are in the shade. This is the smallest spring training stadium. 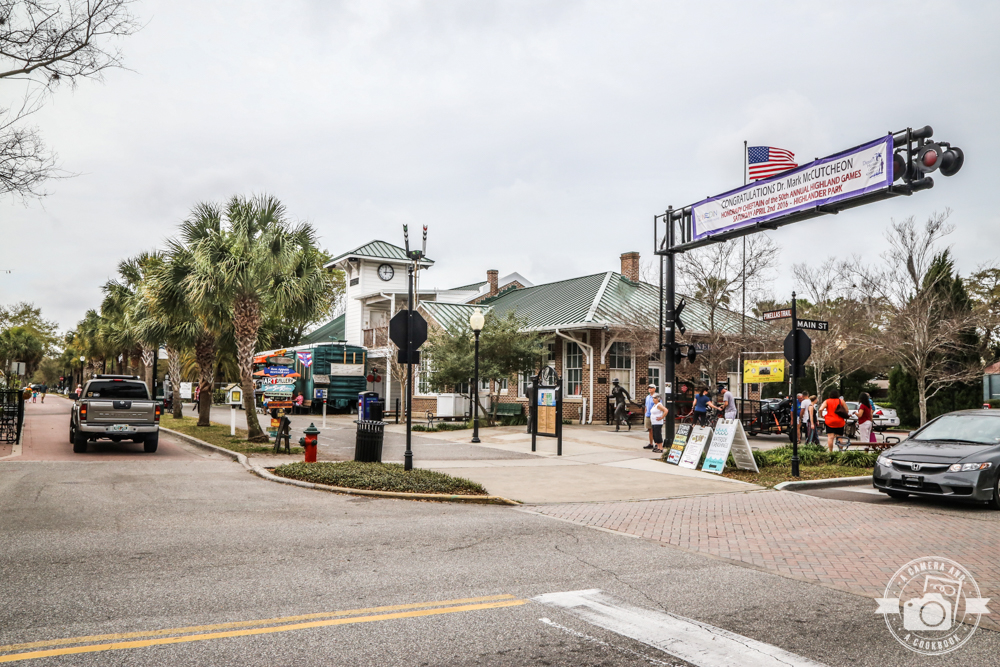 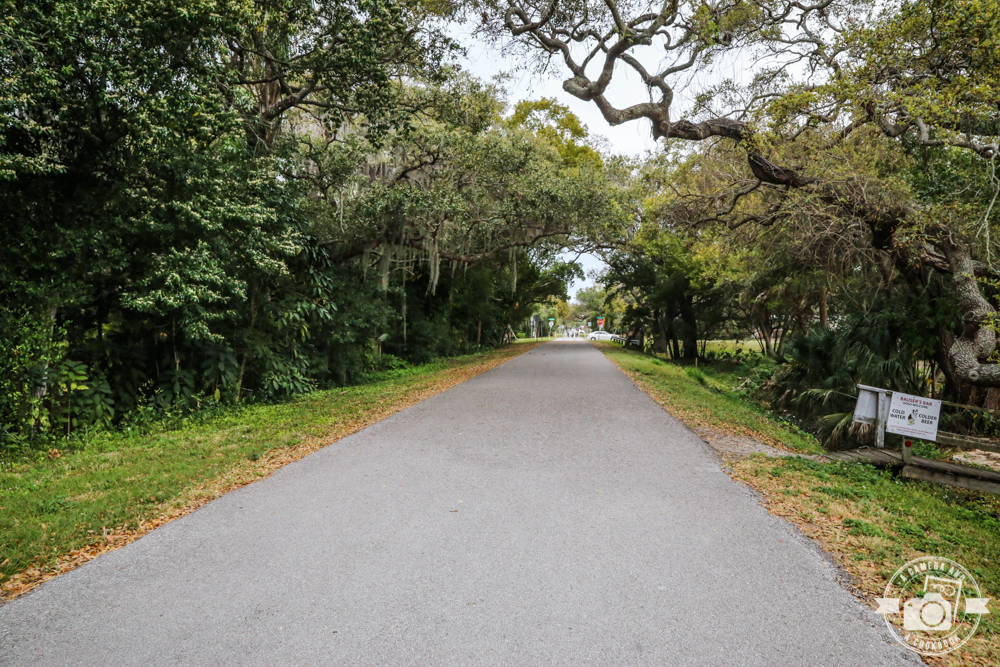 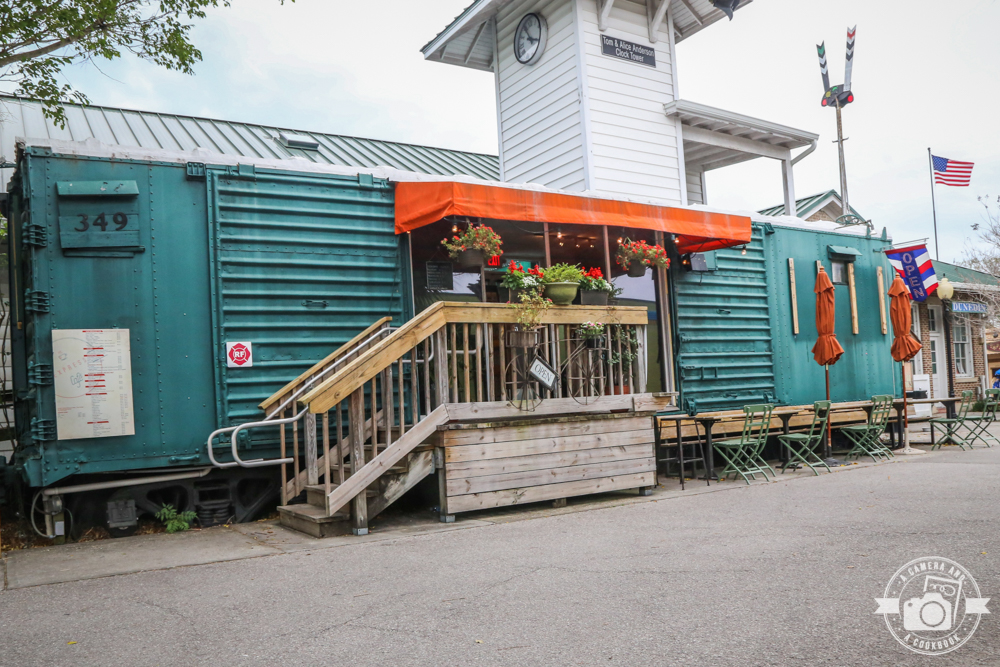 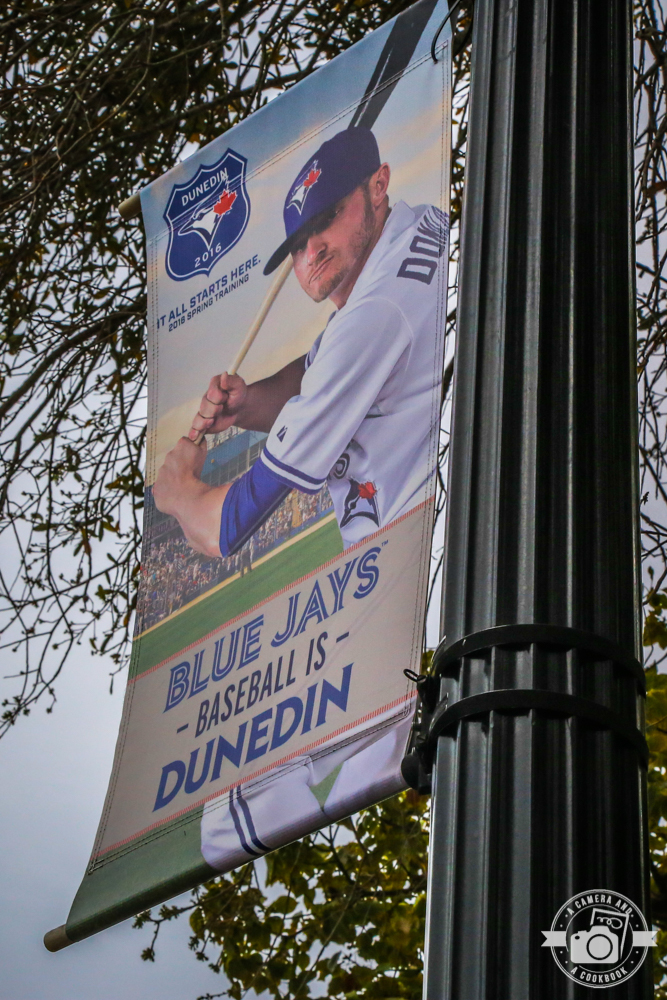 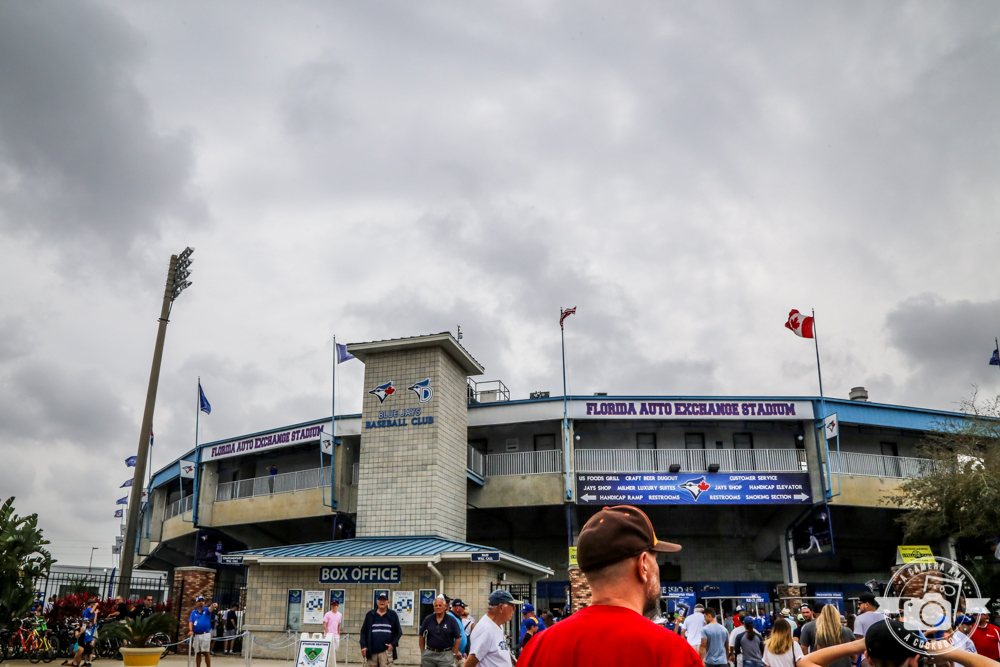 We got to see one of our favorite players, who happens to be an Auburn Alum, Josh Donaldson. We watched him play at Auburn, so it’s pretty cool to watch him hitting it out of the ballpark, literally, in the major leagues! 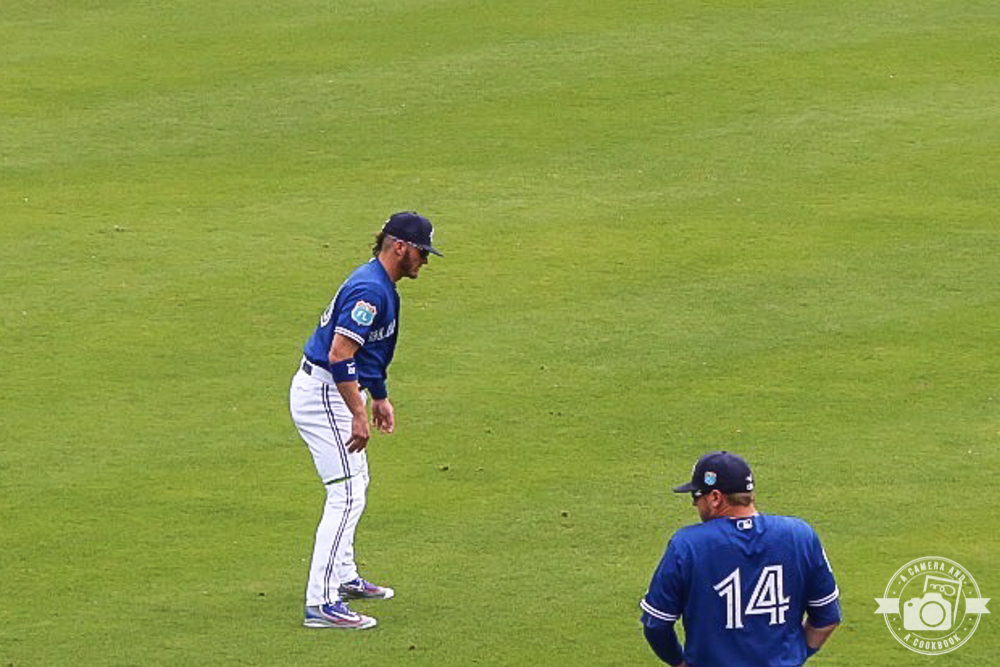 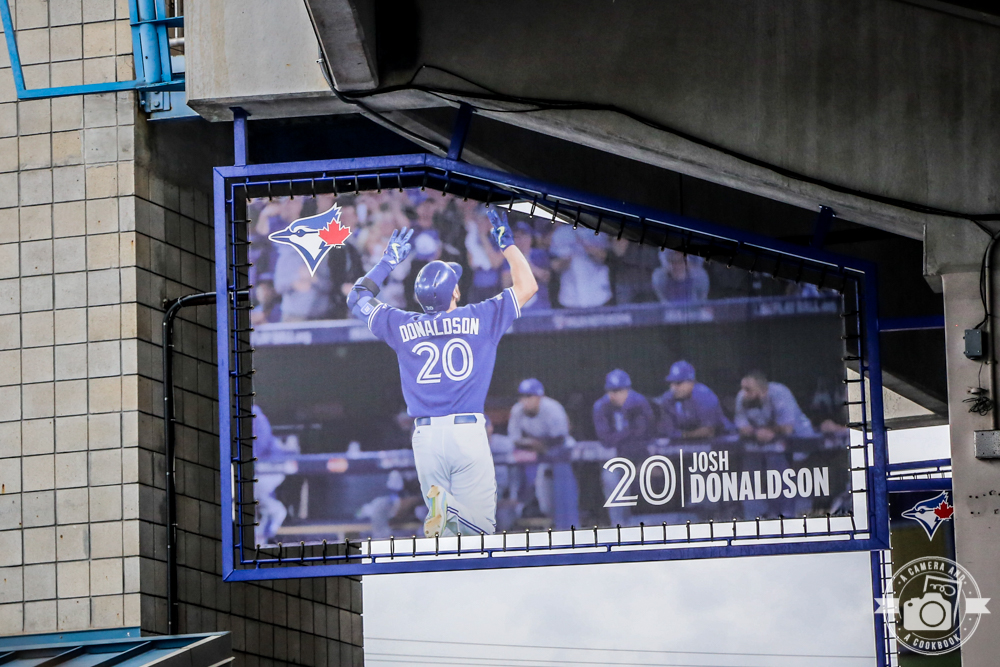 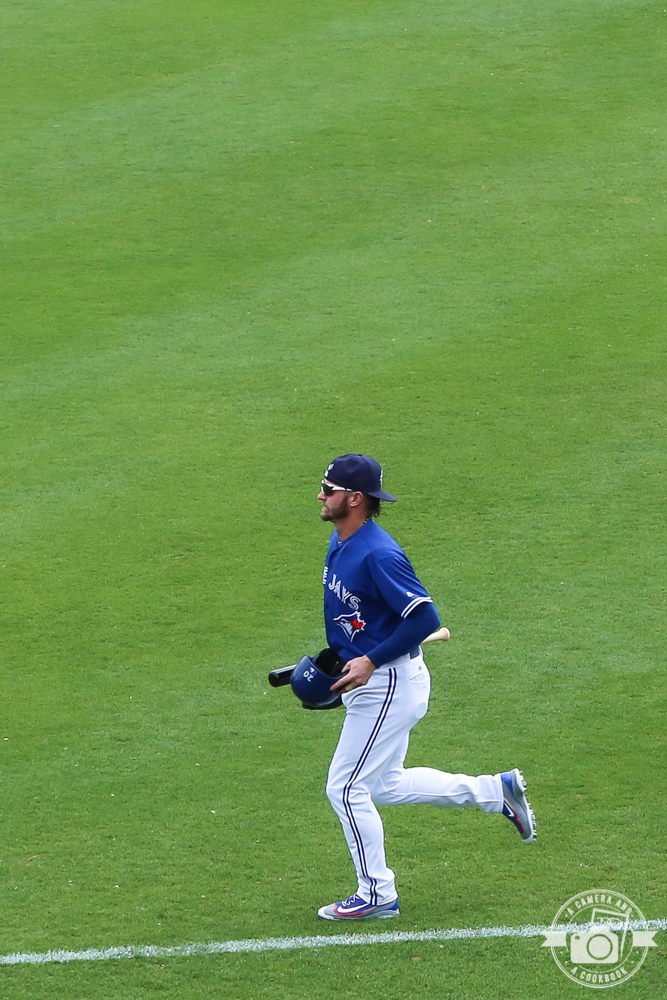 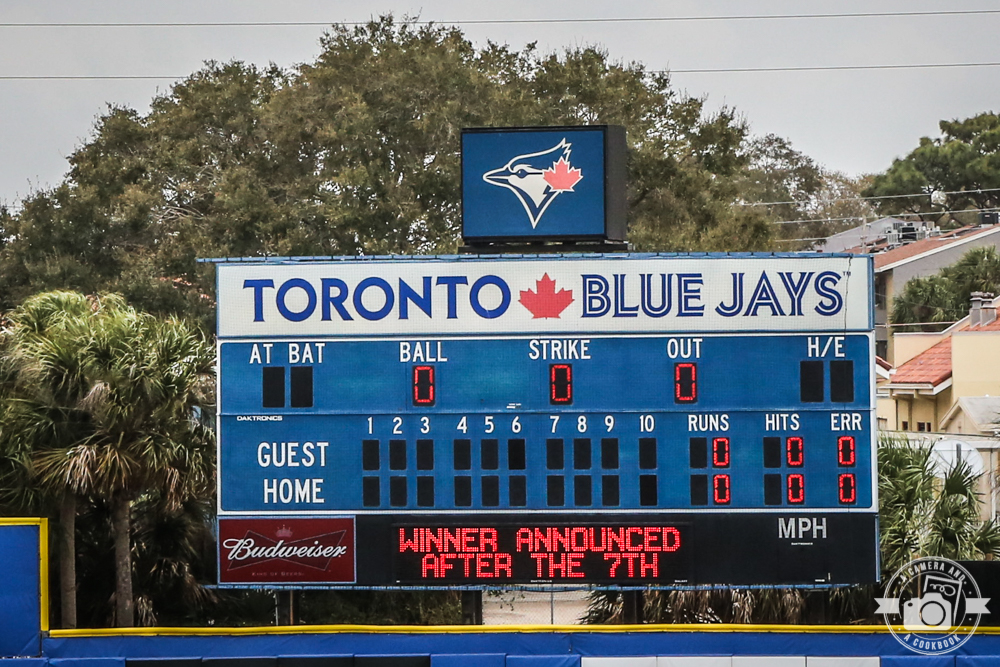 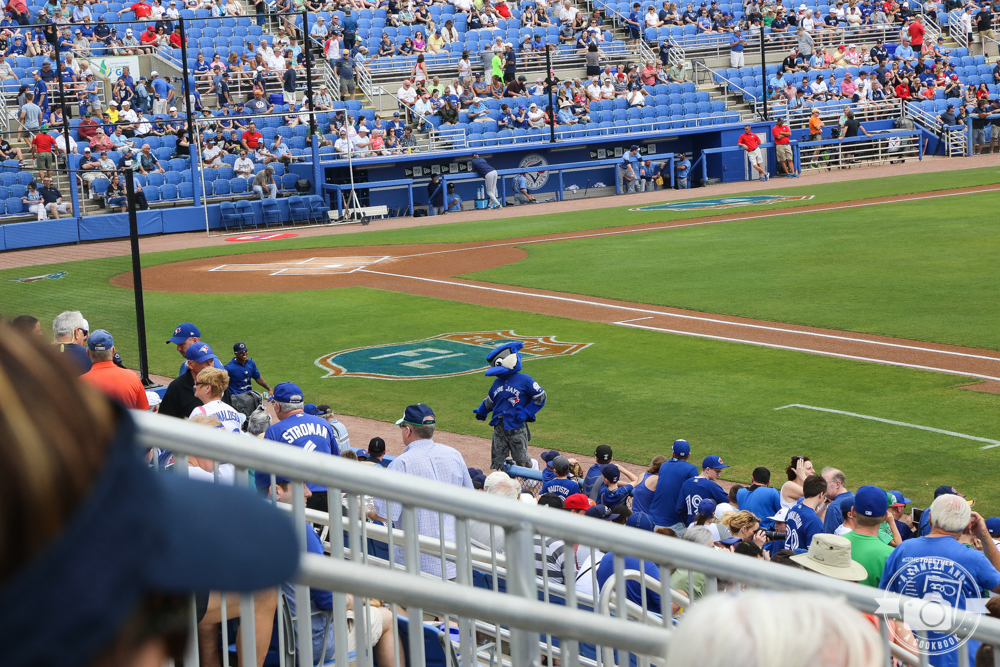 I love the close-knit atmosphere of this ballpark. Before and after the games fans line the field and many of them are able to get autographs. 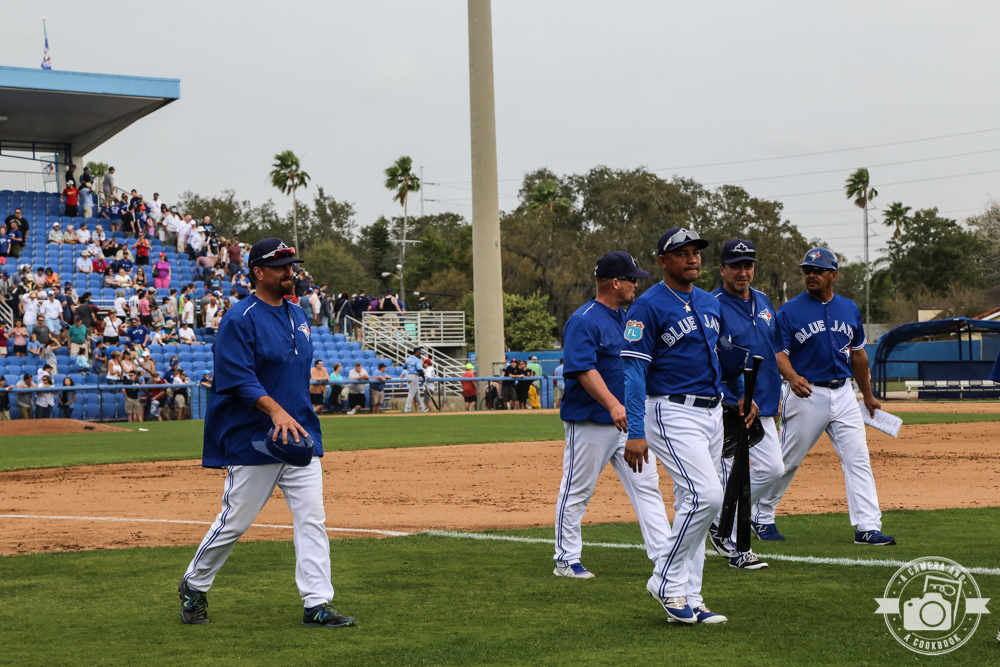 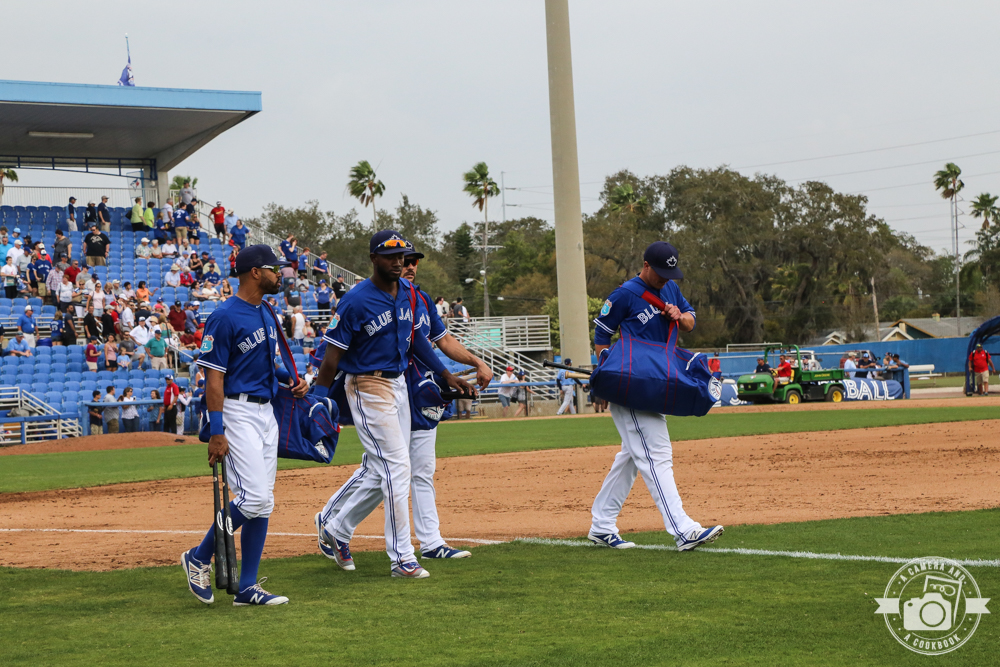 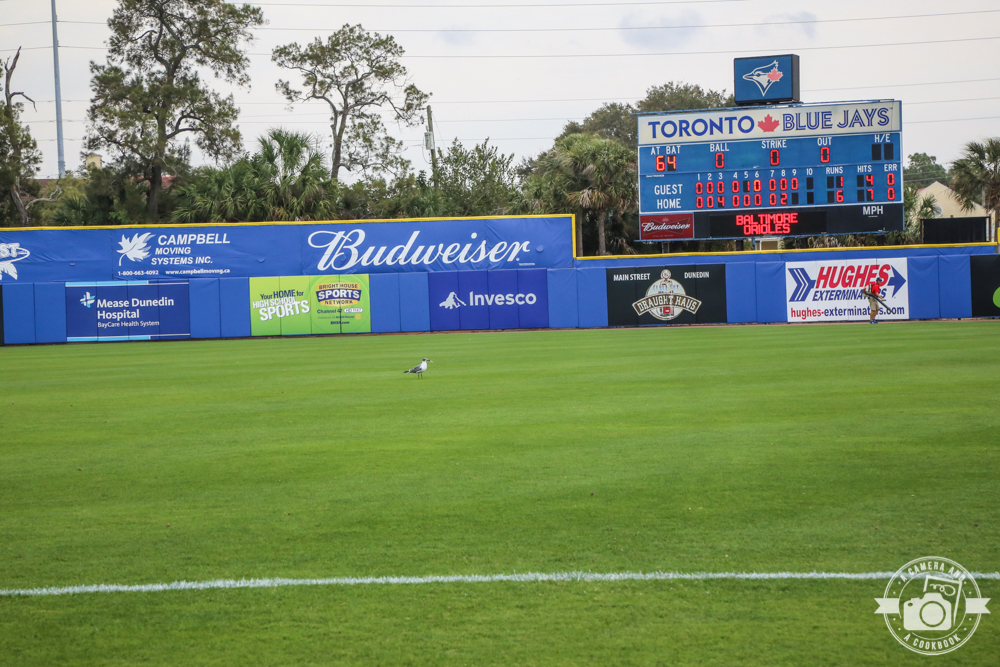 On the last day, Rob, Drew, and Mike drove to Lakeland, Florida to see the Braves at the Detroit Tiger’s Stadium. This ballpark is located adjacent to a neighborhood. This community seems to welcome the ballpark crowds. Rob was able to park in someone’s drive way for $5! This is the 2nd largest spring training park Rob has been to with a capacity of 9,000 people. There is a fairly large training complex on site. There was construction going on in the outfield where they were replacing the scoreboard and adding outfield seating.

Other features of the ballpark to note, there is chaired back bleachers seating on the outfield lines. The area behind the bleachers is nice and open making it easier to move about. When you leave the seating area, you can’t see the game so you are totally removed from the game atmosphere. 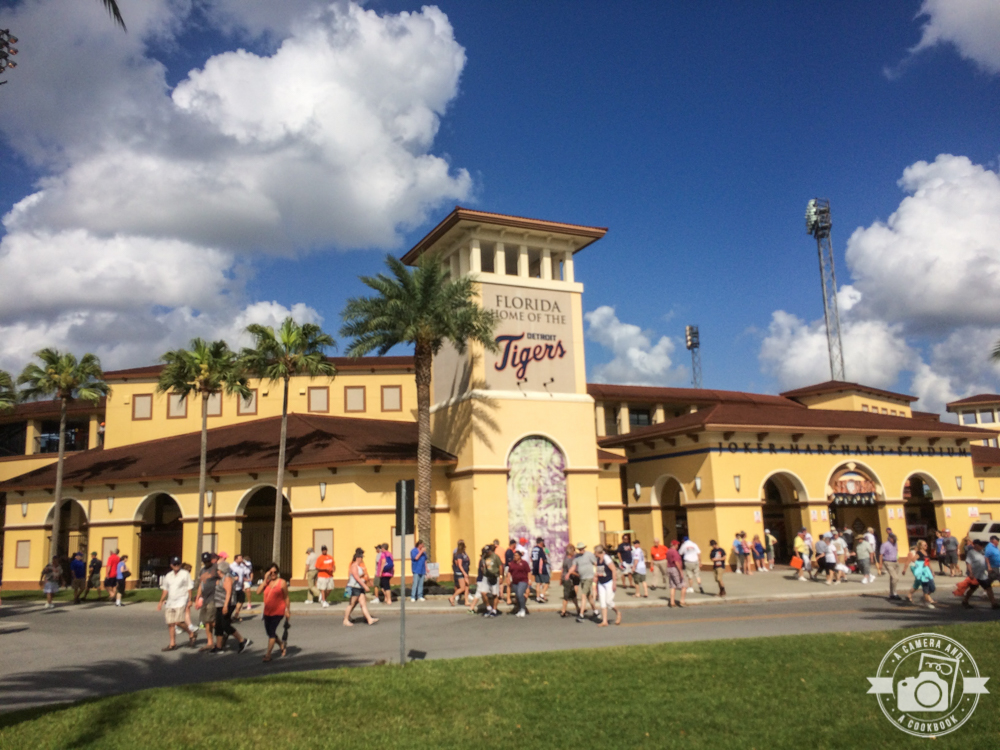 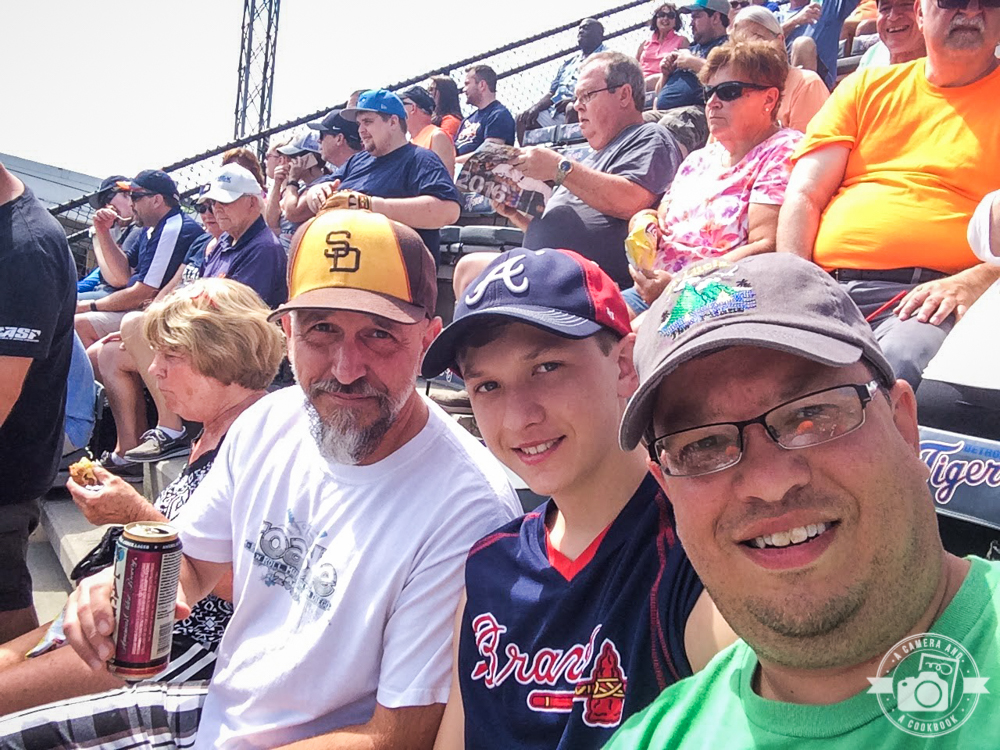 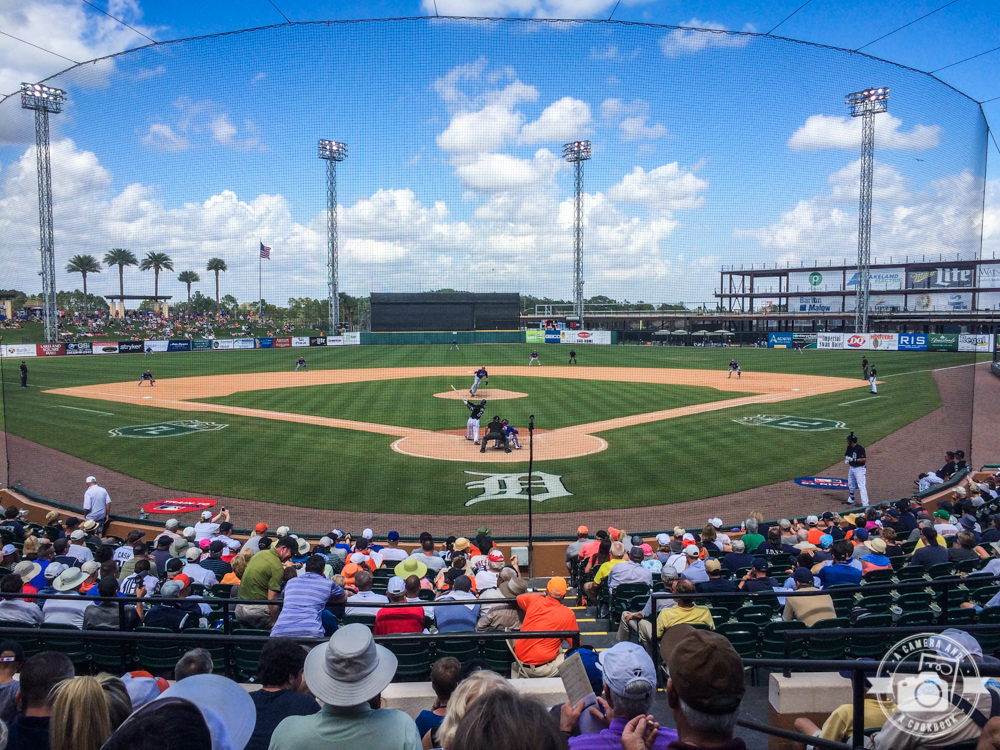 See all the pictures here.