Key West is such an interesting place with so much character, history, and uniqueness to experience. When we were in the Keys, we spent New Year’s Eve morning in Key West. This post is just to highlight the 4-5 hours we spent exploring this alluring city. I plan to come back and write a few more posts about some of the cool places we came across. 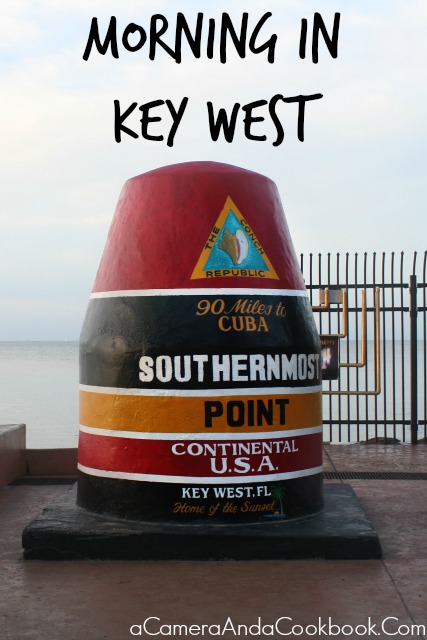 We got up at the crack of dawn, before the sun had even begun to rise. We wanted to beat the crowds and didn’t want to have to wait in a long line at the Southern Most Point, so that’s where we stopped first. There are some metered parking spots along the road. Since we were there so early, we were able to park there temporarily before finding a parking garage where we parked for the rest of the morning.

As we came down Whitehead Street, which is one of the 2 the roads that dead ends into the Southernmost Point, we came across the infamous roosters. They were crowing and struttin’ down the road and along the sidewalks like they owned the place. 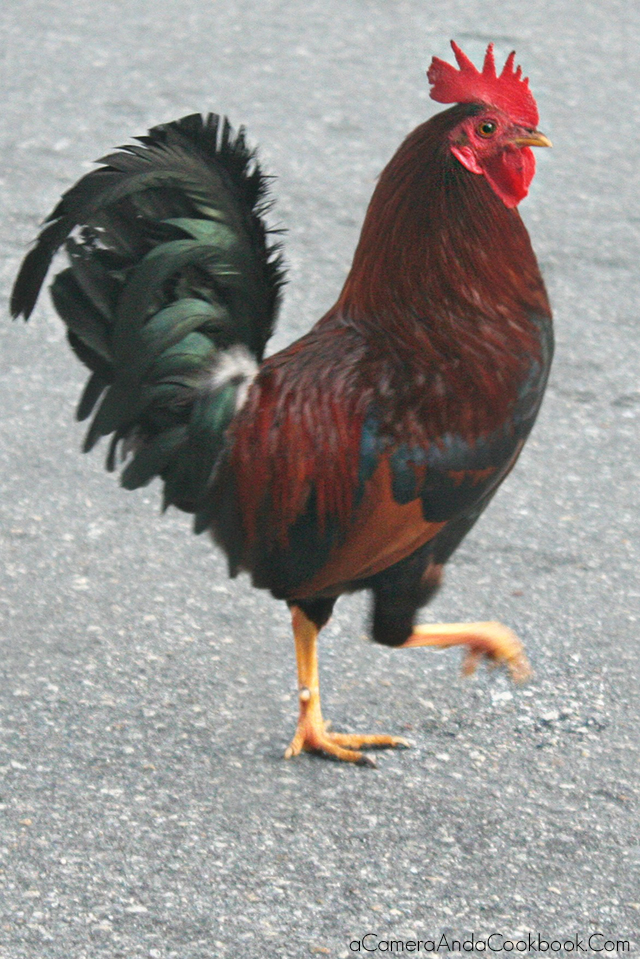 You can see what’s going on at the Southernmost Point right now, by looking at the webcam. 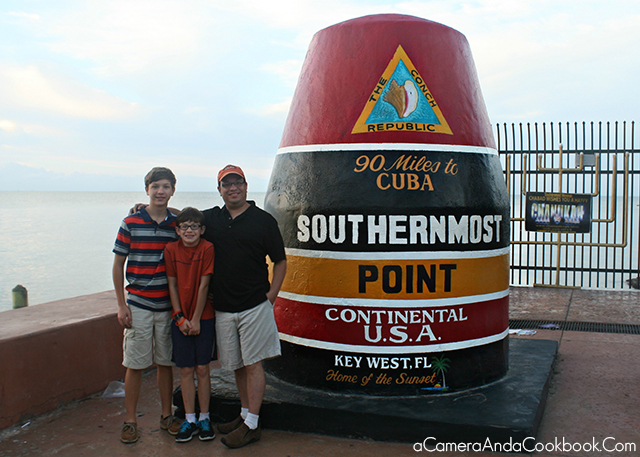 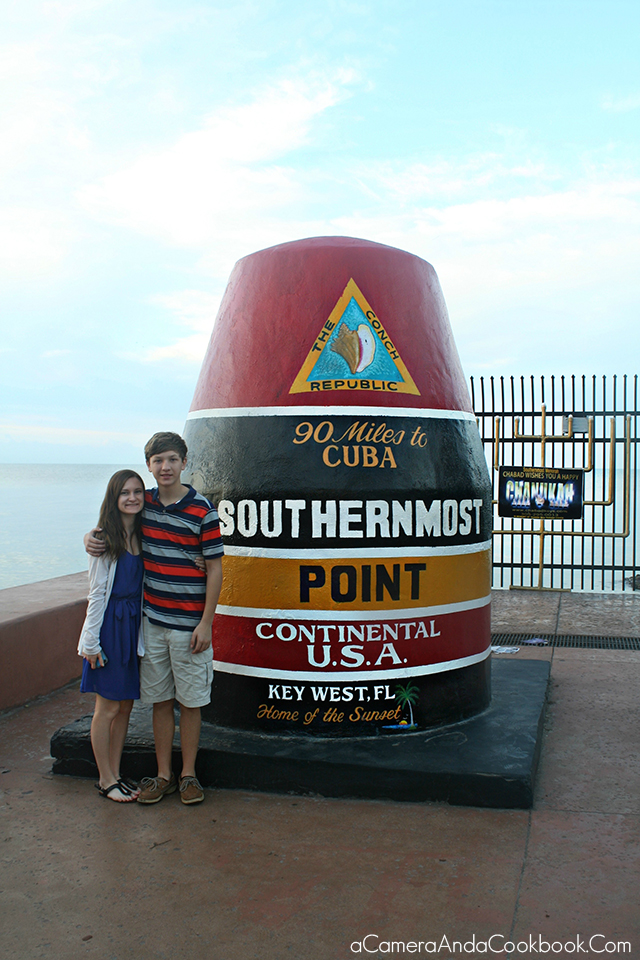 After we took an abundance of pictures there, we hopped in the car to find a parking place for the morning. We parked at Old Town Garage-Park N’Ride on Grinnell Street. Here’s my guys just outside the deck. 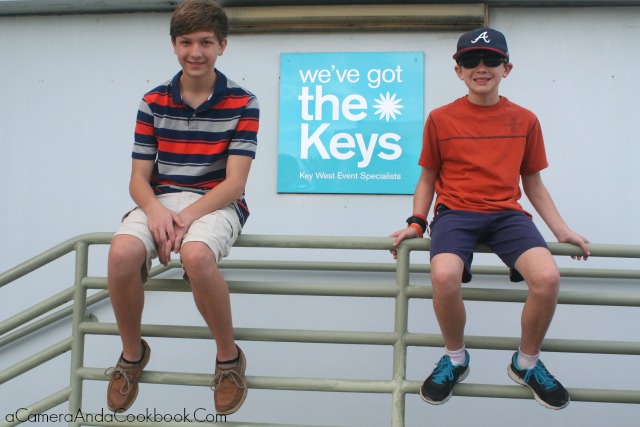 We walked about 10 miles we were there. Key West is a great place to see by foot. Click the map below to see some of locations we came across.

This was down at Conch Harbor. 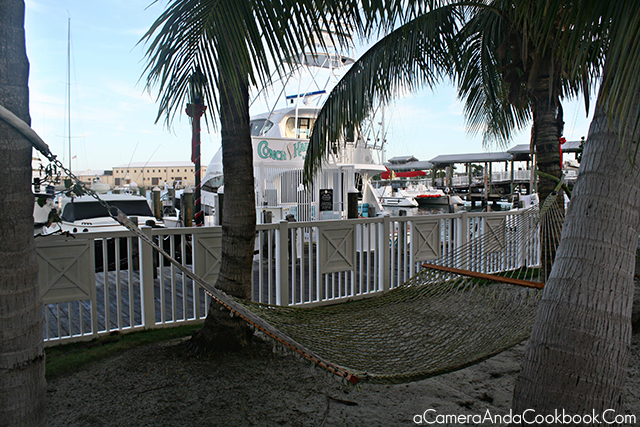 Since we were there on New Year’s Eve, the area was still adorned with festive Christmas decor. 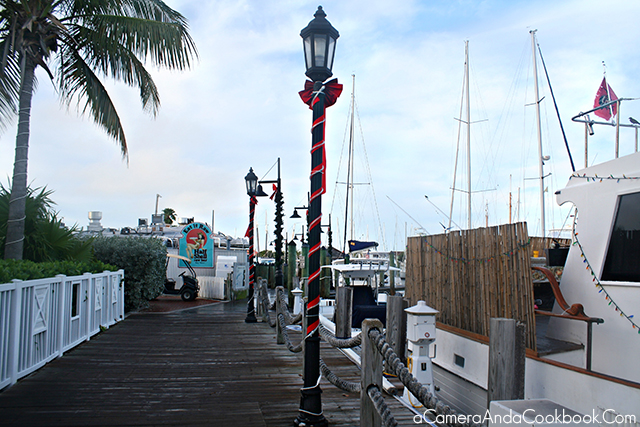 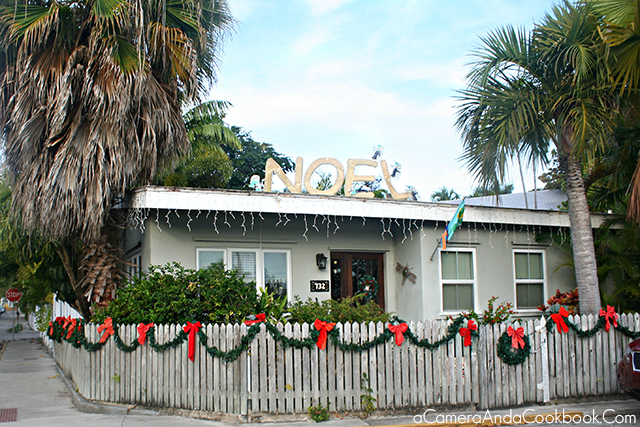 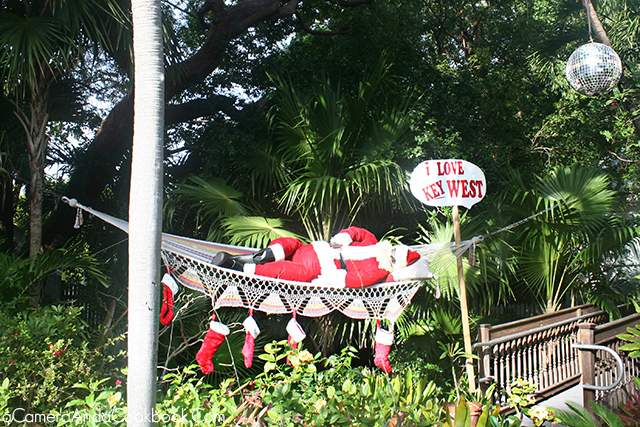 Speaking of New Years Eve, this is at Bourbon Street Pub, which is one of several places where they “drop” something as crowds celebrate the New Year. Here you see they are attaching this high heel shoe, getting ready to raise it so it could be lowered just about 12 hours later. 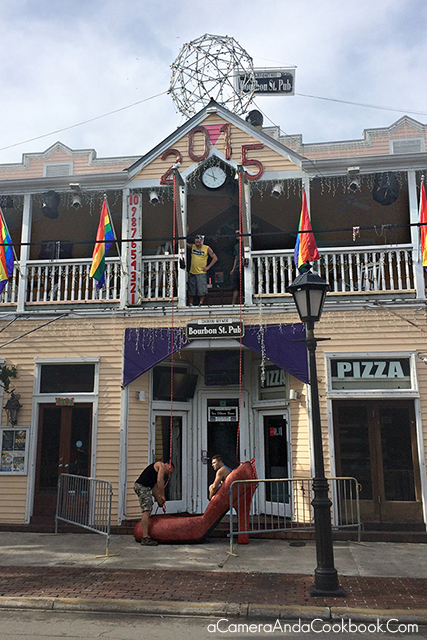 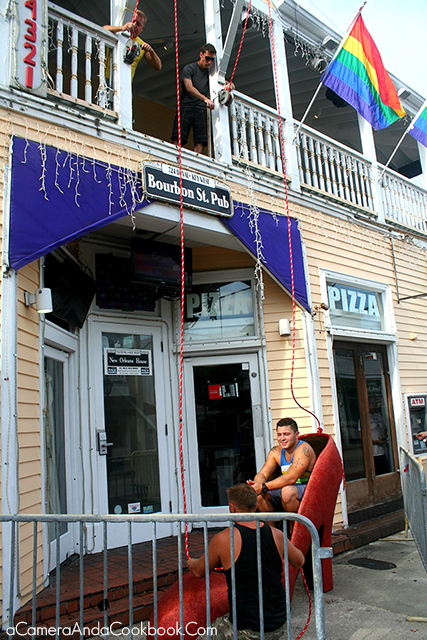 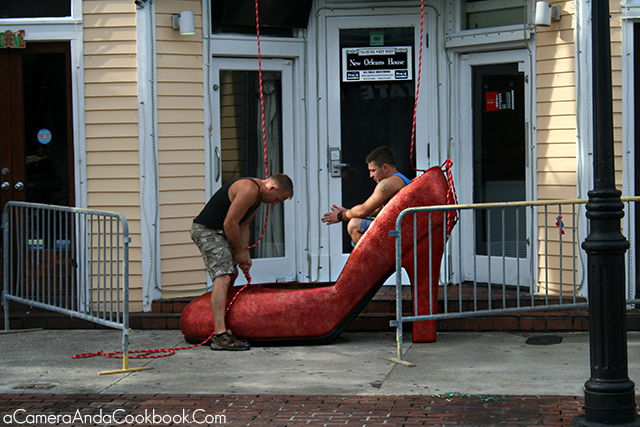 One of the must-do’s in Key West is to savor the Key Lime Pie. After walking several miles, we were ready for a snack and ended up coming upon Kermit’s Key Lime Pie Shoppe. We got a couple pieces and split them among us. So delicious! 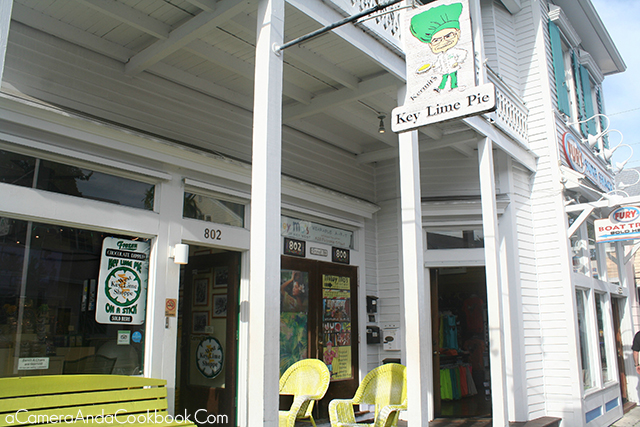 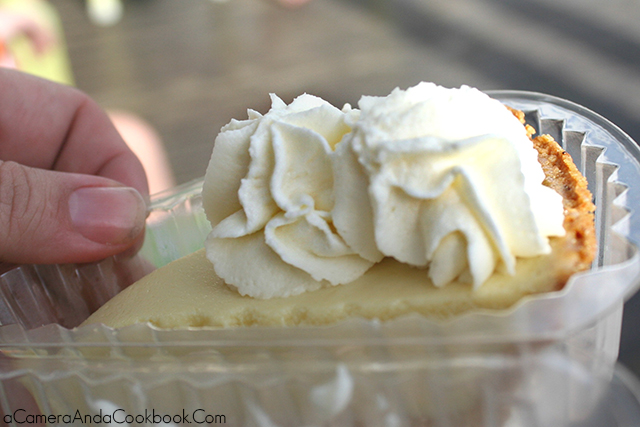 We stopped in a few shops looking at the interesting T-shirts and other novelties. Here’s Rob sporting sunglasses for the New Year. 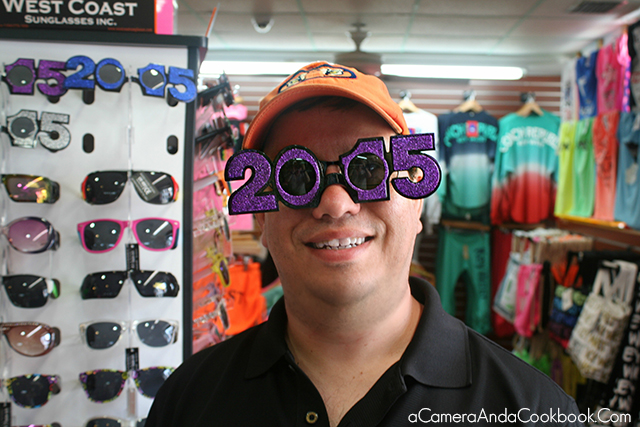 A trip to Key West is not complete without a stop at Margarittaville. We enjoyed some Conch Fritters & Asiago Crab Dip. Rob and I enjoyed a couple of adult beverages. How can you go to Margarittaville without sipping on a fruity drink! I had the margaritta called Who’s to Blame. So good! Rob doesn’t do well with Tequilla, so he enjoyed the 5 O’clock Somewhere. 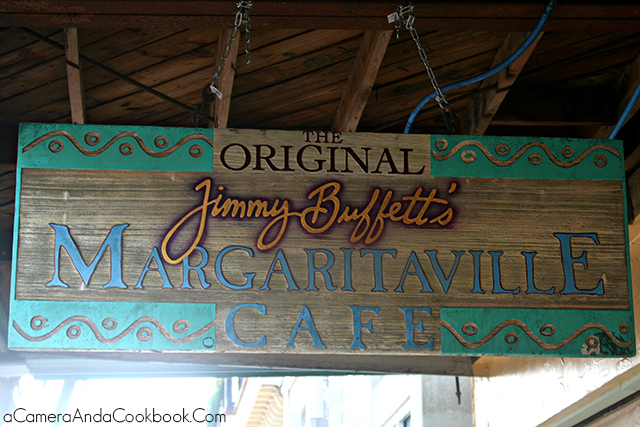 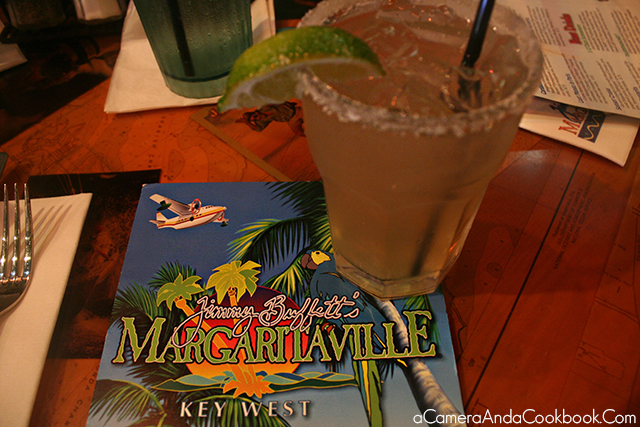 We passed by the famous Sloppy Joe’s bar, where they would later be dropping a Conch shell to celebrate the New Year. 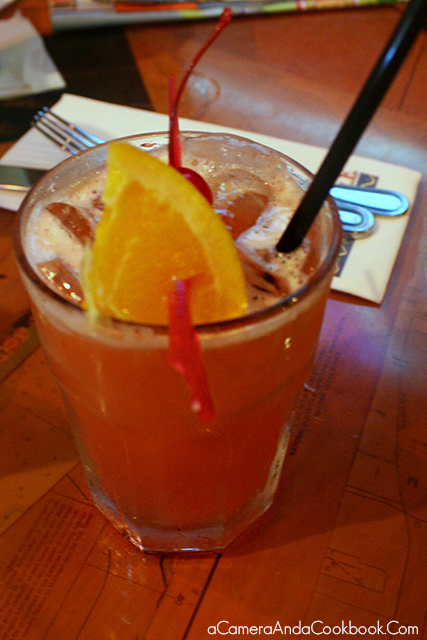 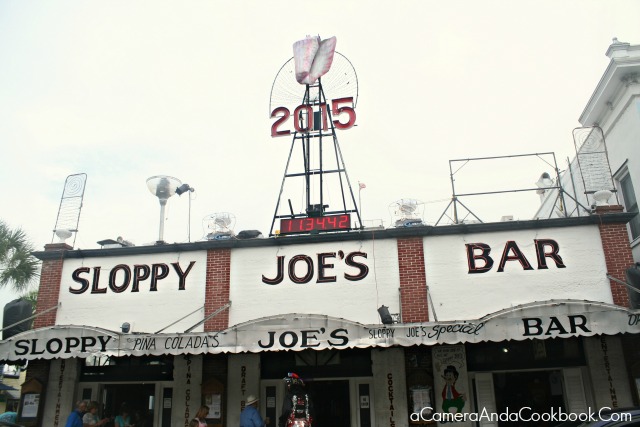 I saw this as we moseyed on back to our car. I had to snap a pic of it, because this is totally something my Dad would have done or at least adored. 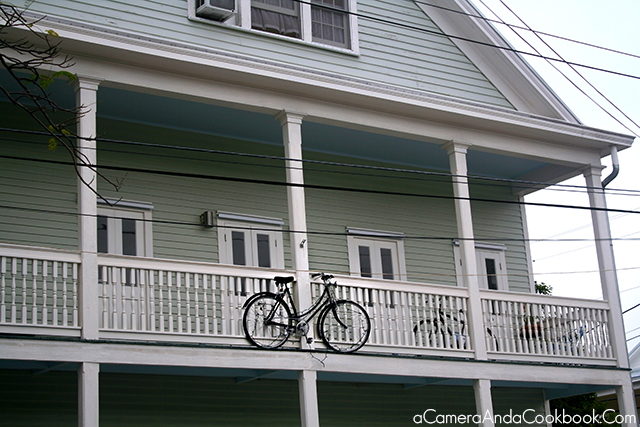 This covers the main highlights of our morning in Key West. Look for more on Key West later!