This past weekend was the Annual Cub Scout Pack Summer trip, but instead of venturing to higher ground, we braved the heat at the beach. Yes, we camped near the beach in Pensacola, Florida. Many leaders suggest it every year and every year a few other leaders are quick to nicks the idea. However, this year we thought we’d give it a turn.

We stayed at Big Lagoon State Park, which was quite large with lots of camping areas. (Wikipedia) After Breakfast of egg, sausage, & potato scramble, we had a quick FYI meeting and a group picture.

The braves souls that beat the heat! Rob, Alex, and I decided to wait and go the beach later. We first wanted to take a hike around Big Lagoon. Alex loved the place, because there were shells that lined every pathway. Lots of different types of vegetation The park had a couple different playgrounds Rob on top of the observation tower, which had a lovely breeze. 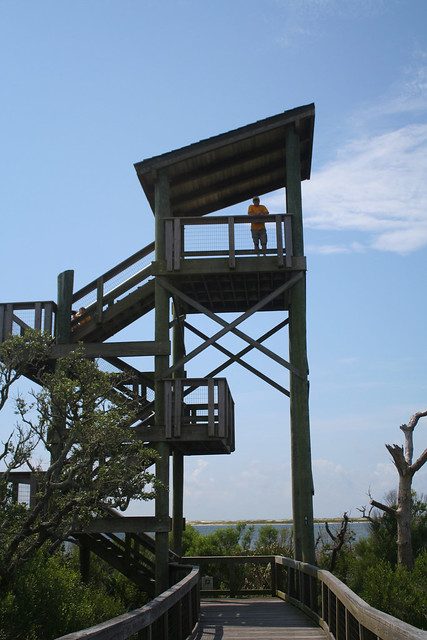 After we hiked over the East part of the park, we went back, gathered up our stuff, and lunch. We drove over to the west side. From there it was time to head to the beach, where we brought lunch for everyone. 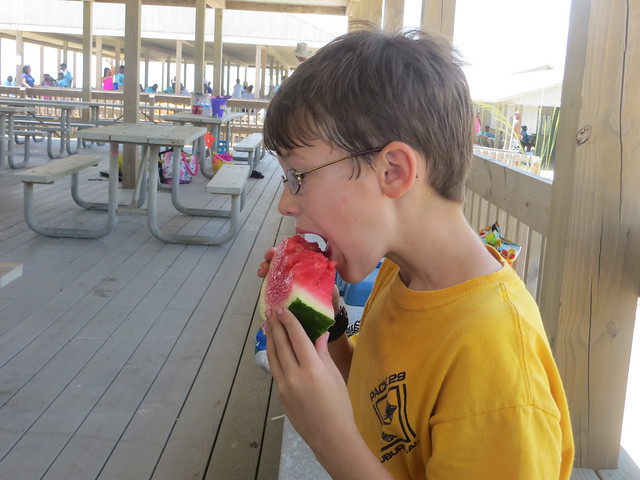 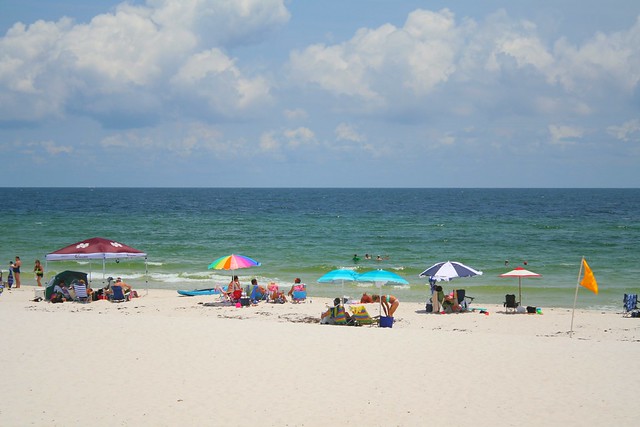 We stayed at the beach for several hours and then went back to camp. That evening we were treated to a low country shrimp boil. Yummy! Everyone gathered around the camp fire after dinner, to tell ghost stories, while munching on Jiffy Pop and smores. We had dessert too, which consisted of dutch oven peach cobbler. 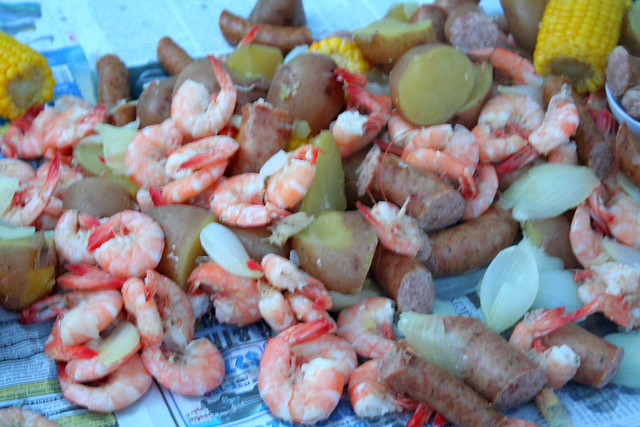 Sunday morning we had a great start to the day with a breakfast of pancakes and bacon, followed by a flag ceremony and a short chapel service. 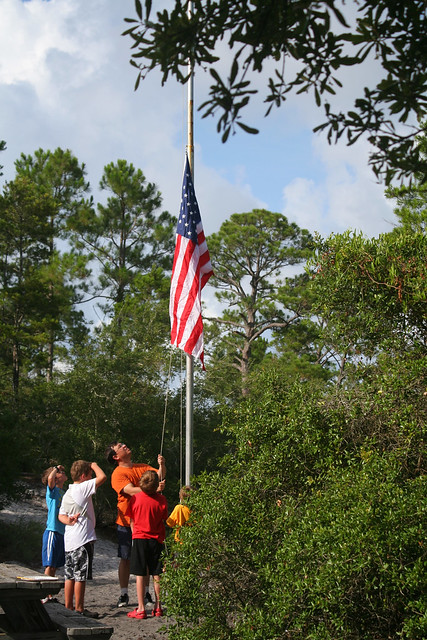 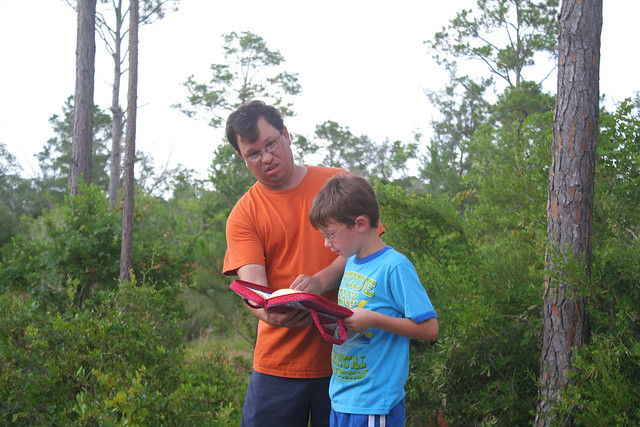 Then, it was time to clean and break down camp. Always the sad part of the trip. Alex had been begging us to go back to the beach for more fun, so we decided to head back after getting everything put away.

We stayed for a couple hours and let Alex play with one of his friends. We stopped for lunch at the Sunset Grille 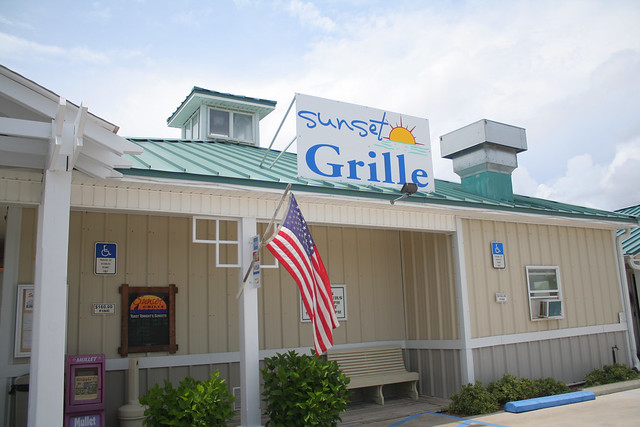 The Sunset Grilled is located on the water at Holiday Harbor Marina. It’s an open air restaurant, that allows boaters to dock their boat and eat. Nice views! 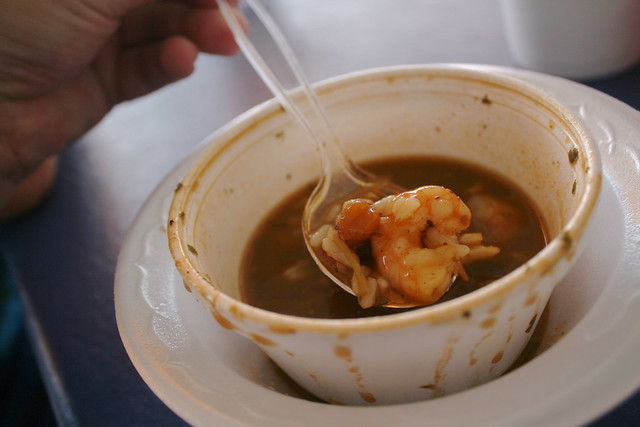 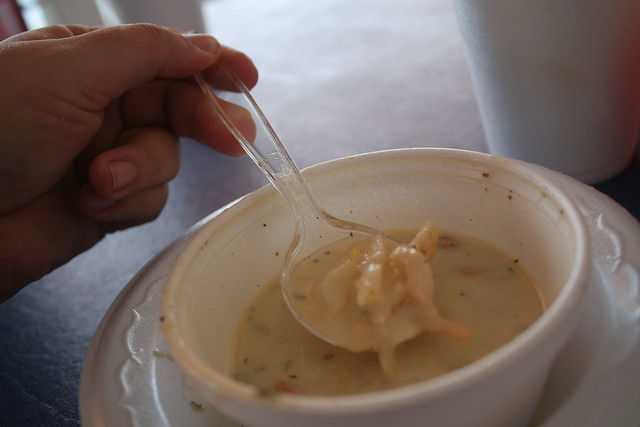 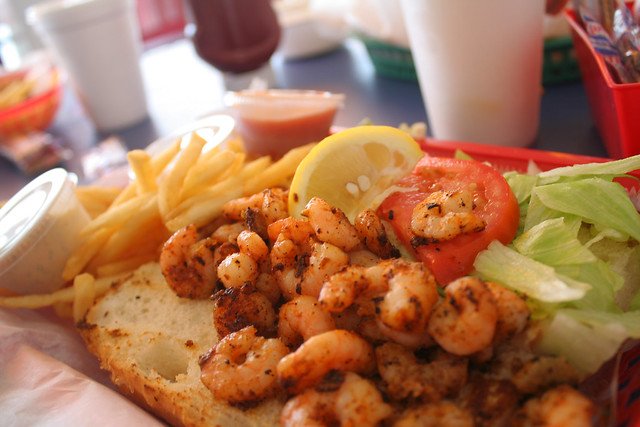