On Christmas Day, we got kind of a late start. Rob and I were up till pretty late. We did are normal preheating the oven, got dressed, and got ready. Drew and Caitlyn came over. We practically had to drag the teenager, Alex, out of the bed. We ate our traditional breakfast of Sausage Balls and Apple Dumplins, which was all amazing. We opened stockings before eating breakfast. Santa was generous this year with several gift cards and card games. The boys both got The Office Uno. 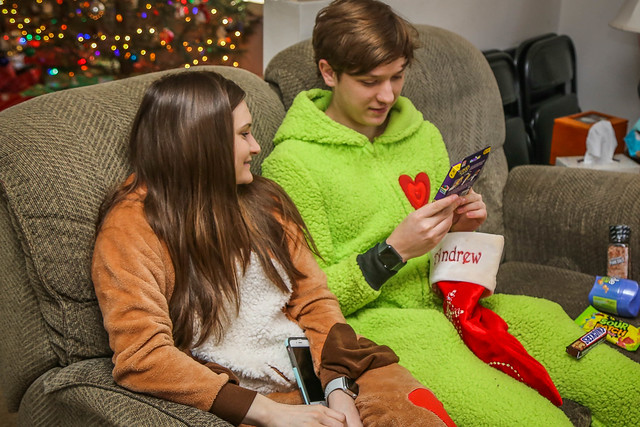 The Grinch made an appearance again this year and he brought Max along. 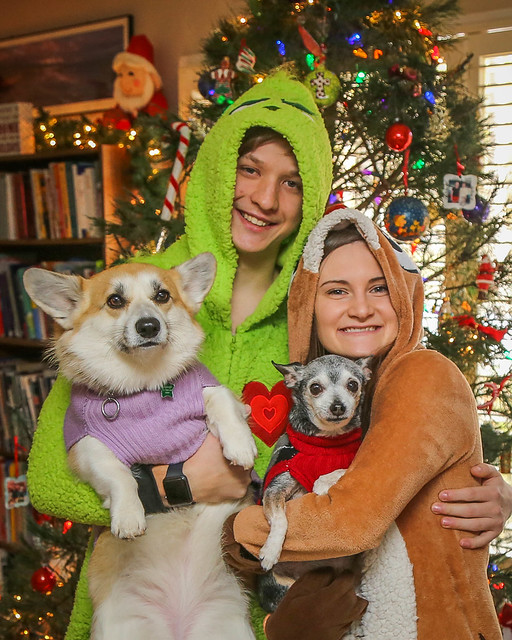 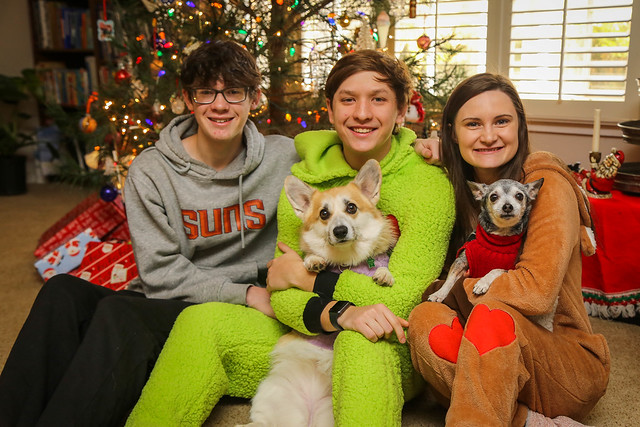 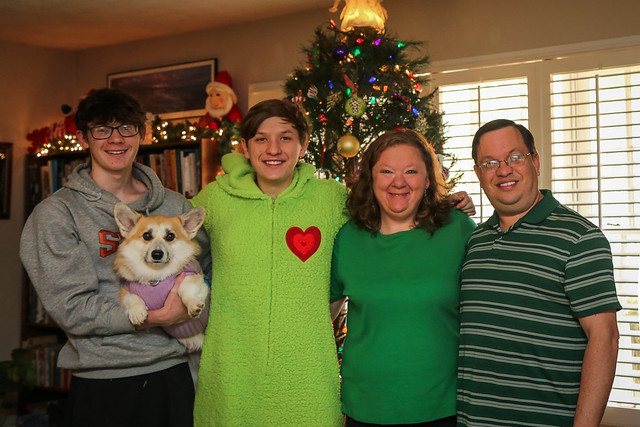 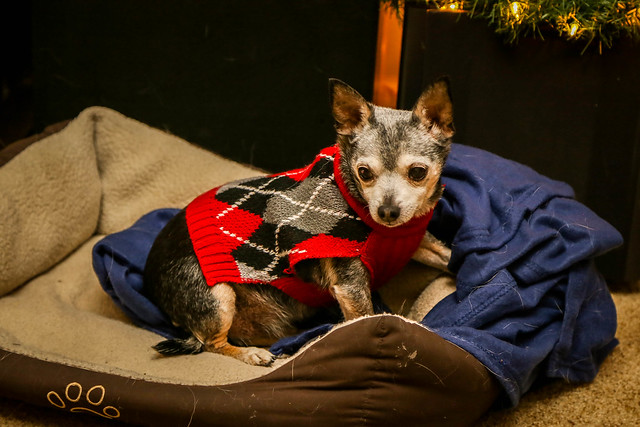 My sister sent me a packet of my Granny’s recipes. This is a treasure! I want to make a book with all these recipes. 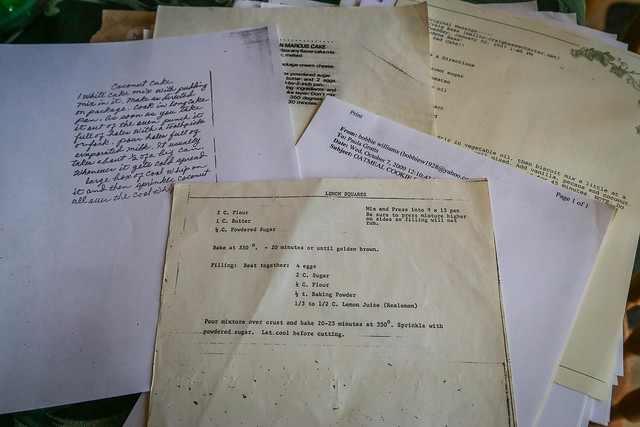 We didn’t do our normal family gathering. Instead we made a quick drop by of Rob’s sister Maria’s as well as Rob’s Moms and Step Dad’s. Here’s one of Maria’s sons who was quite happy with our Chrismtas gift. 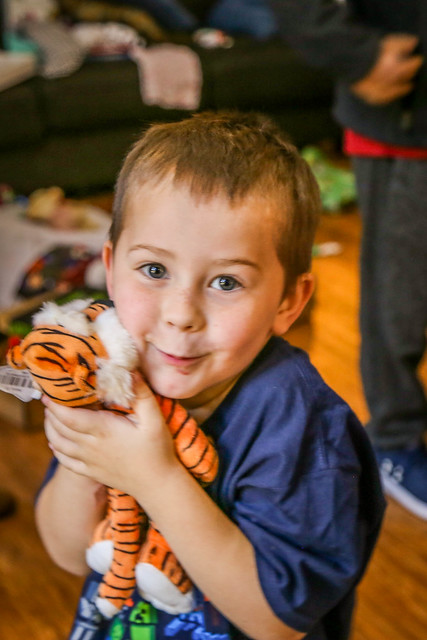 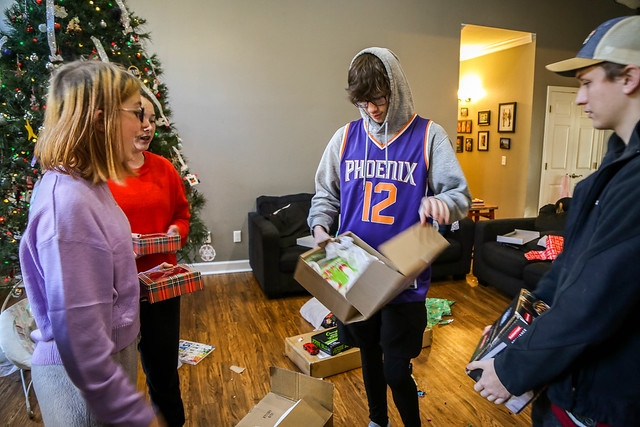 Here’s Drew’s girlfriend, Caitlyn, who volunteered to do the hardwork of making the pasta. So thankful for her! 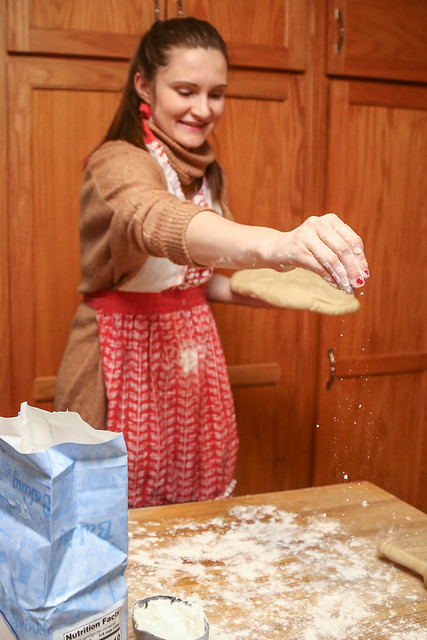 Drew took on the grueling task of shredding the the Parmigiano Reggiano. It was a really hard piece of cheese this year. 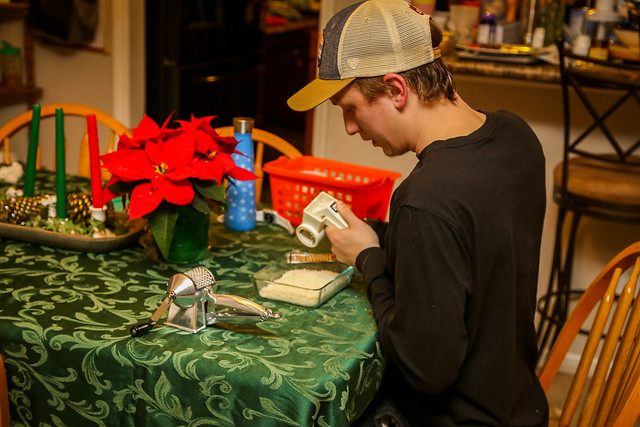 Alex was a big help by napping. 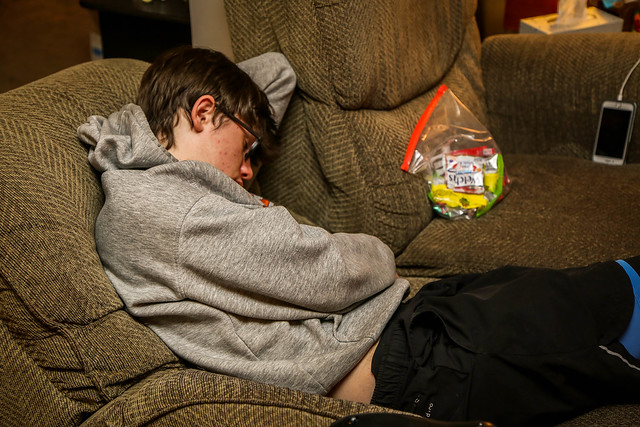 Here’s a pan of the uncooked pasta. I was so hungry when everything was done cooking, I didn’t take a single pic of the finished product. It was so good. 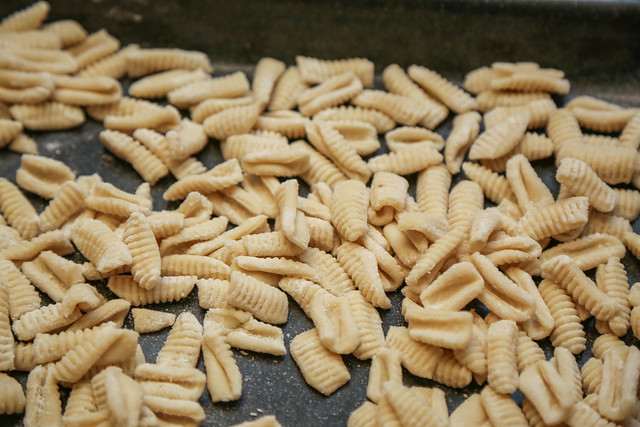 After dinner Rob made drinks and we played a long game of Trivial Pursuit with Uncle Nick. Another great Christmas in the books!