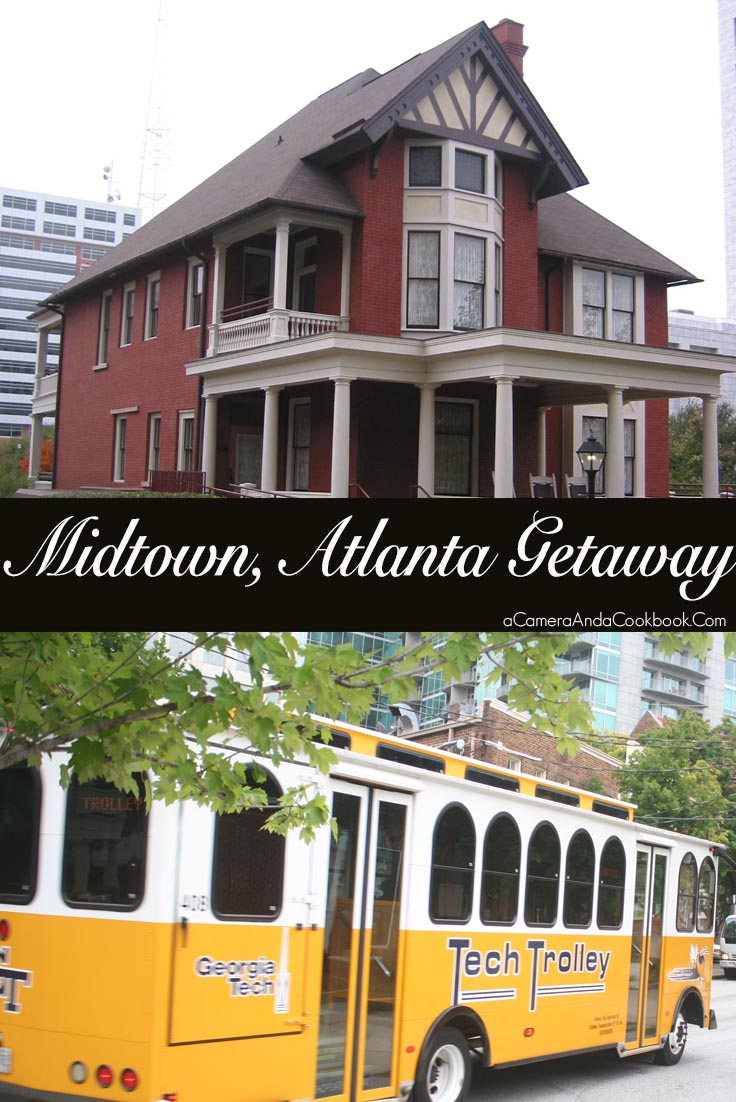 This Fall Rob had a work conference in Atlanta. I decided to take a couple days off and go with him. His conference was right near the campus of Georgia Tech. We enjoyed our stay at the Renaissance Atlanta Midtown. This is such a great location for site-seeing by foot, which is what I did during the day while he was working. The hotel had all the necessary amenities as well as some other perks, like free wine every afternoon and a concierge that was more than helpful in suggesting unique places to eat. 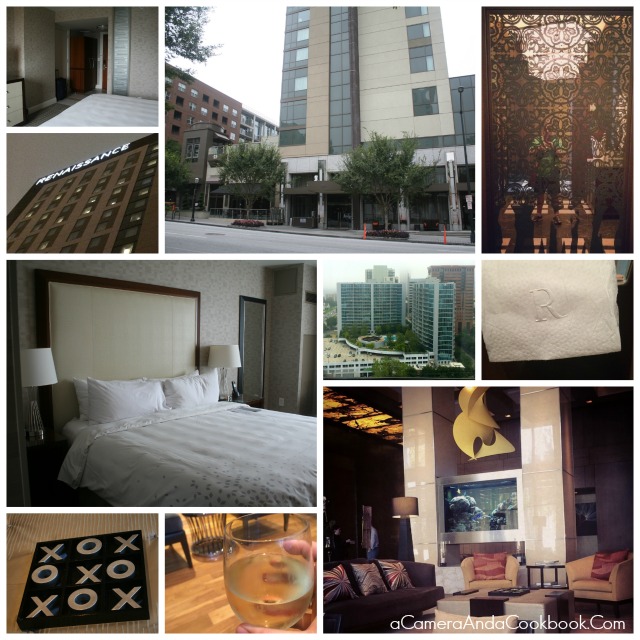 After arriving Sunday afternoon, getting checked in, and going to check in for Rob’s conference, we walked around Midtown a bit more and finally decided to try the Steamhouse Lounge. The food was good, nothing overtop amazing. However, what was amazing was the Hot Spinach, Shrimp, and Andouille Dip…to die for! Not long after we got home I took that idea and made this Sausage, Shrimp, And Spinach Bowl. 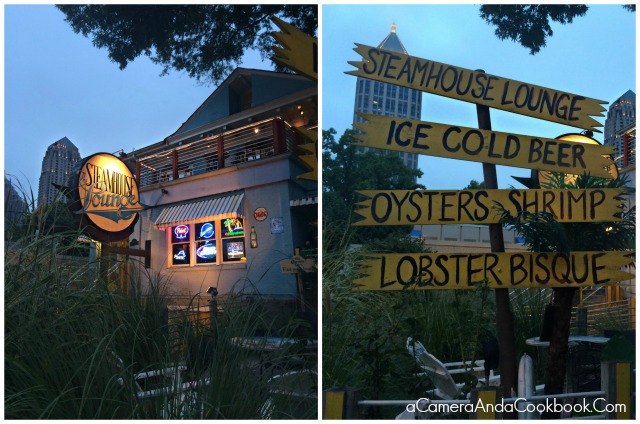 Monday, Rob headed off to his conference. I had a quick breakfast in the room and went back and forth in my head about what to do for the day. I finally decided I didn’t want to get the car out of valet, pay for parking somewhere, or worry about getting lost. So I set out on foot. My path is highlighted in orange on the map below. I stopped at the Margaret Mitchell house. I just walked around the outside and took a few pics. Rob and I visited the Margaret Mitchell house one weekend in 2005. 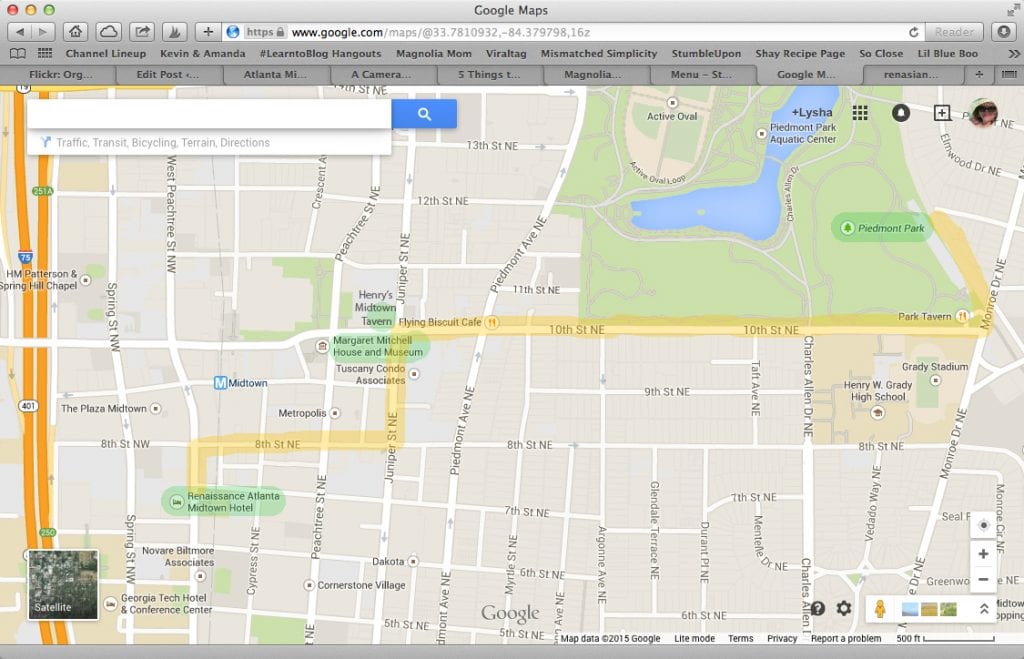 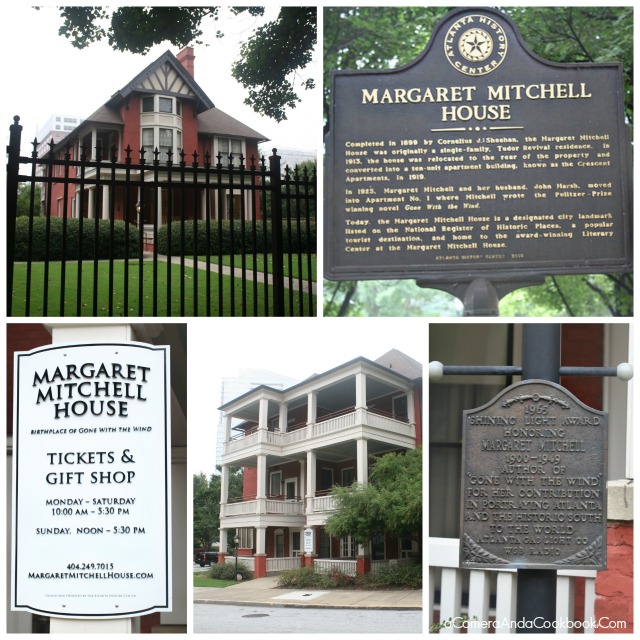 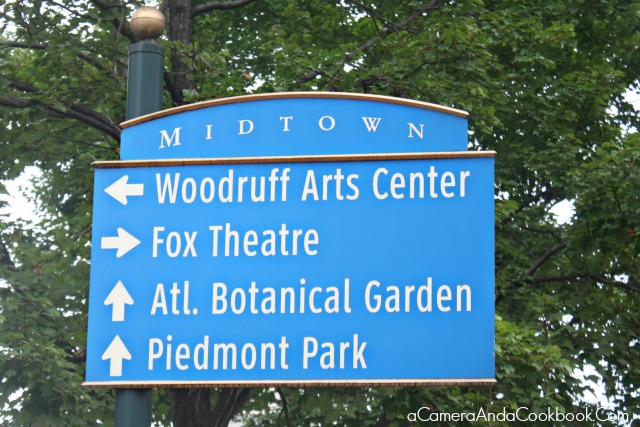 From there I continued on to Piedmont Park. You can read the post about it by clicking the following link: 5 Things to See at Piedmont Park 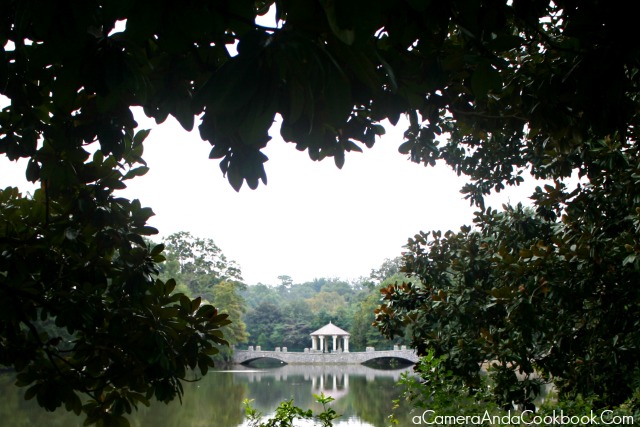 Crews were feverishly building up barricades, stages, and setting up other resources for Music Midtown, which was taking place the next weekend. 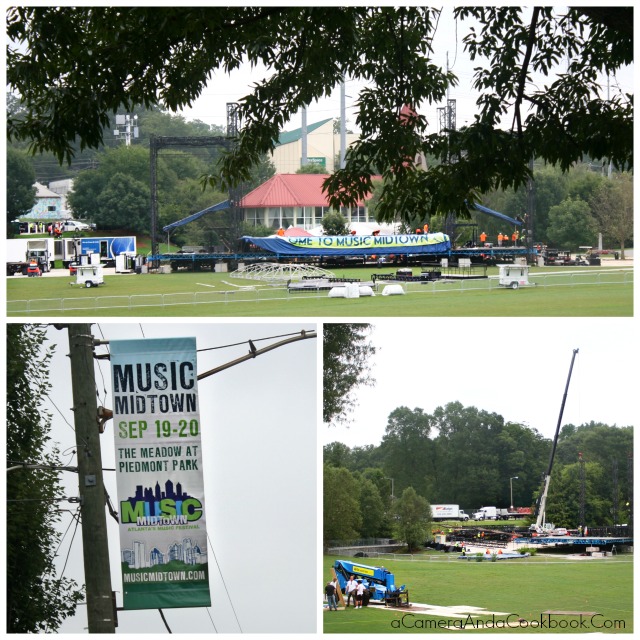 My leisurely walk around the park for several hours really worked up an appetite. I decided to start back towards the hotel and stop at one of the many restaurants along the way. I ended up at Henry’s Midtown Tavern. They have a different lunch special depending on the day. On Monday’s it’s burger and fries for like $6. 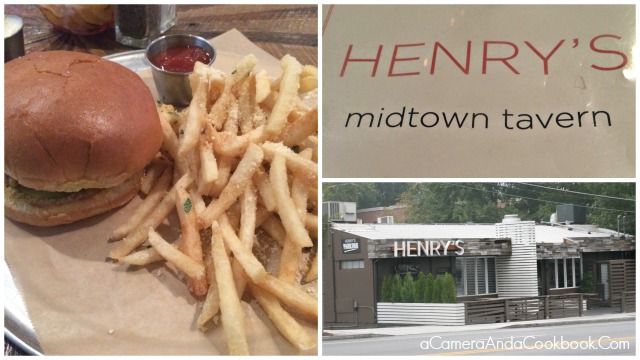 From there I went back to the hotel and rested until Rob got back. There was a social hour for his conference at Gordon Biersch. We enjoyed our 2 free drinks, socialized a bit, and then decided to find somewhere a little quieter for dinner. 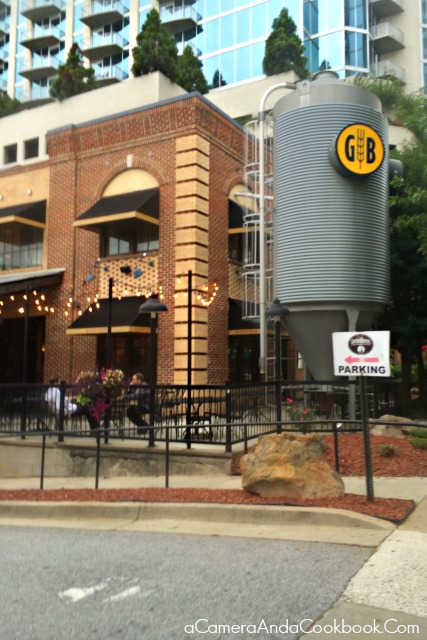 We walked a ways down the road and ended up at Escorpión, where we got a couple tacos. I wasn’t overly impressed with the tacos, but was craving something sweet. We got the Churros with chocolate sauce.

Tuesday, I hung out at the hotel until Rob’s lunch break. We checked out of the hotel and after he headed back to the last part of his conference and I enjoyed time on the campus of Georgia Tech after having lunch at Ray’s Pizza. The pizza was absolutely delicious, I wish there was a Ray’s in Auburn! 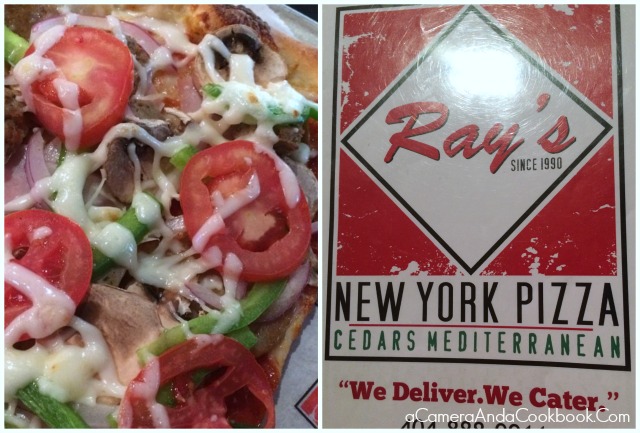 So from there, I walked over the Georgia Tech and enjoyed walking around. I sat in front of the water feature for awhile and just soaked in the peacefulness. 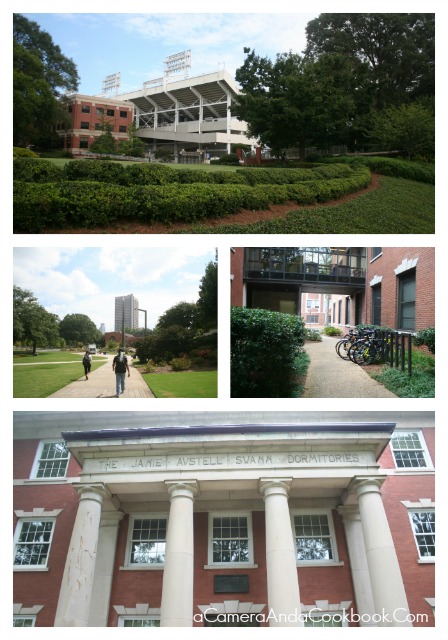 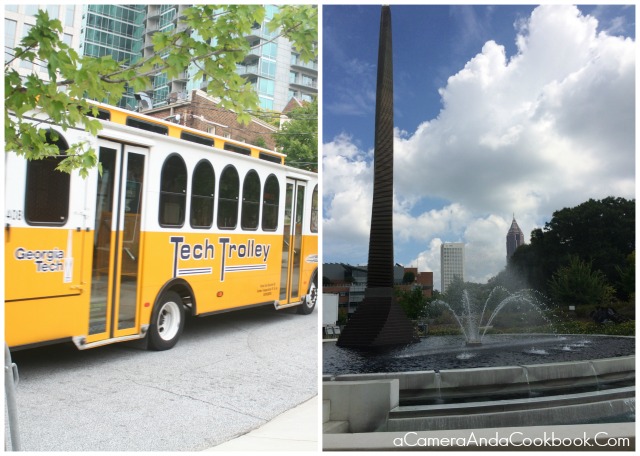 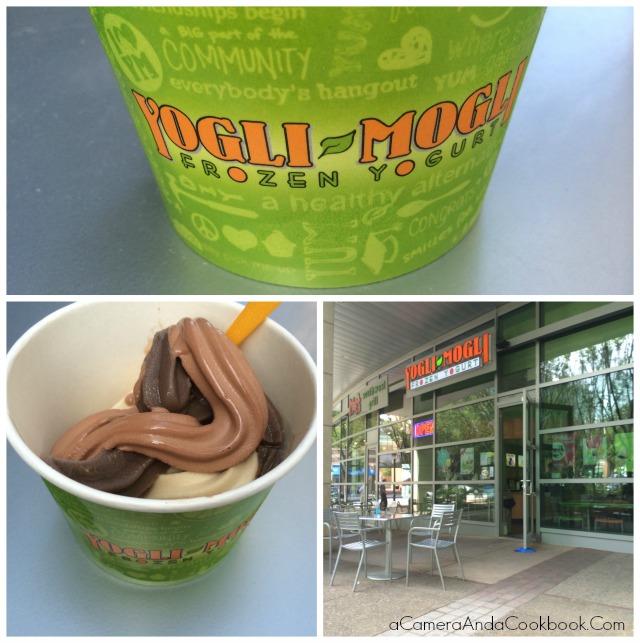 If you have an opportunity to spend a few days in Midtown Atlanta, I highly recommend it.