I know y’all have all seen the ALS Bucket Challenge. Many of you probably participated in it and I’m so grateful. I’m grateful that something so silly as dumping ice water on your head is what leads to the awareness of one of the most horrible diseases out there. I am thankful for so many people giving money. Can you believe as of yesterday $41.8 Million has been raised? That is something to be thankful for. I’m hopeful that this will get researchers closer to a cure.

My Dad, who passed over into God’s arms, just 40 days after his diagnosis. He had had ALS for years, but due to some medications he was on, the symptoms were masked. He described to me that he was having a hard time walking from the living room to the bathroom, opening bottles, and his breathing was quite labored from just a quick phone conversation.

I’ve never heard fear in my Dad’s voice like the day he called me to tell me. I’ve never heard my dad say that he was terrified. Then, to hear him say that he did not want tubes, medication, monitors, or to even go to the hospital. He knew his fate and he prayed that God would have mercy.

God has a plan for all of us and God’s timing is perfect. My Dad didn’t die alone in his house like we’d all feared. He died in his sleep in the comfort of brother’s house, where the day before they had celebrated Christmas together opening presents and sharing memories. Although, I was on my way to see my Dad flying from Atlanta to DFW when he died and didn’t out till after we’d landed. As badly as it hurt knowing that my plans to see my dad were not going to happen, I had to stop and thank God, because he had answered all of our prayers.

When I start to feel sorry for myself, all I have to do is think about those that are suffering and dying from ALS. I sit there and picture being trapped in my own body unable to talk, move, eat, or breath on my own. It’s quite sobering. Next time you’re thinking that you’ve got all the problems of the world sitting on your shoulders, just stop and imagine life like that… 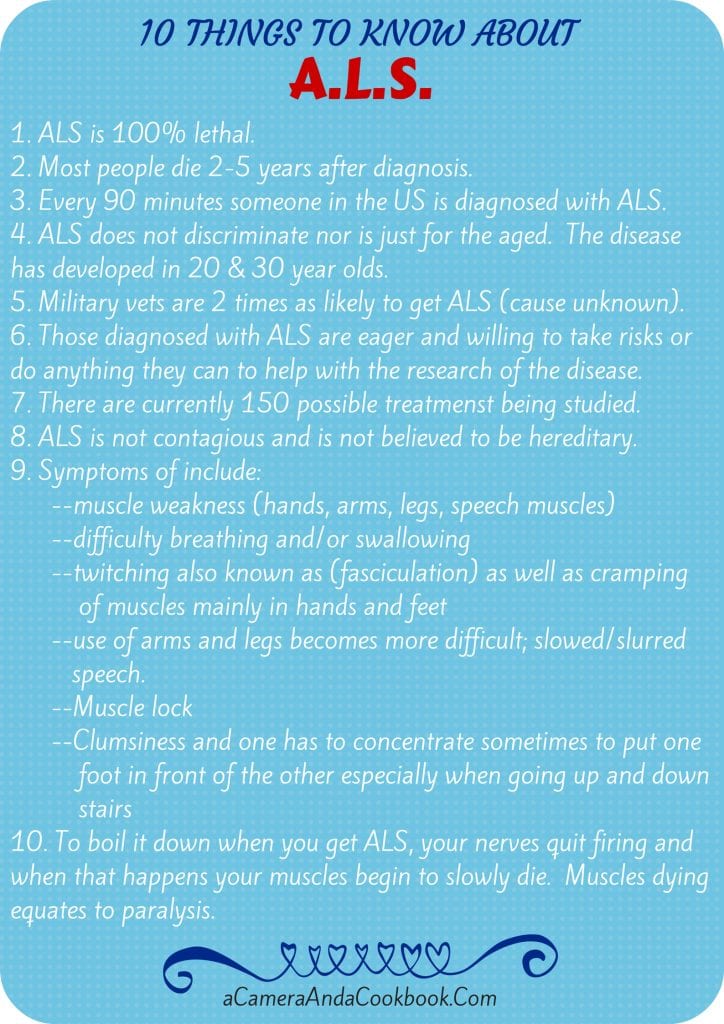 Here’s a collection of all the posts I’ve written about Dad’s ALS Journey.