Week 17 was April 26-May 2, 2021, which happened to be my week in the office. Getting home every afternoon, I collapsed in exhaustion at least for a bit. Then it’s up to cook dinner or do work in the garden. I still have so much to do in the garden. I’m actually way behind on planting, but I just haven’t wanted to fight the mosquitoes and really don’t have the energy. Anyway, on Thursday night, we went to the Korean BBQ place to celebrates Rob’s brother’s birthday. Unfortunately the restaurant was not a great experience.

On another note, I decided to try Nadine West, which is a similar service to Stitch Fix. However, the clothes/jewelry were not at all things I’d pick. Luckily, it didn’t cost me anything to try them. I sent everything back. I need to look to see how it works after the first shipment. Don’t want to pay and risk losing money when I send everything back.

Friday at work was terrible. Interviewing college kids and then they either come back and tell me they can’t work the hours the said they could in the interview or like the one kid, we go through the entire interview and as we’re walking out the door at the end he tells me accepted a position at one of our branch libraries. What?!?!? Why would you not say that in the beginning.

Needless to say I left work Friday, ready to kick my shoes off, drink some wine, and relax. Just after pouring my wine I sat down. That’s when I got a call from Rob that something has happened and it turns out we’re watching 2 of my nephews and we need to go pick them up out of town. So I poured the wine back in the bottle and headed out to go get the boys.

Once we got back into town, Rob and I hadn’t eaten dinner so we stopped at the mall and got Chick-fil-a. The boys ate dinner already so they got milkshakes of course! Here they are waiting. 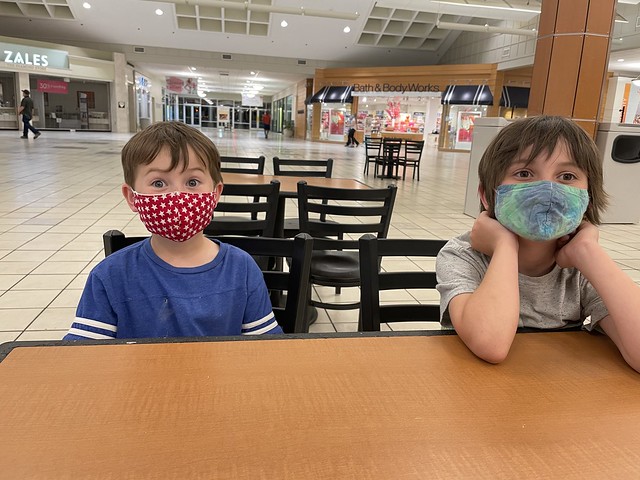 Saturday the boys of course were up at the crack of dawn practically. Those little ones don’t sleep in. Rob got up to cook breakfast (mainly because the nephews were here). After pancakes and bacon, we got dressed and went through the car wash.

We had Kayleigh with us. She was a little freaked out with all the sounds and colored lights. 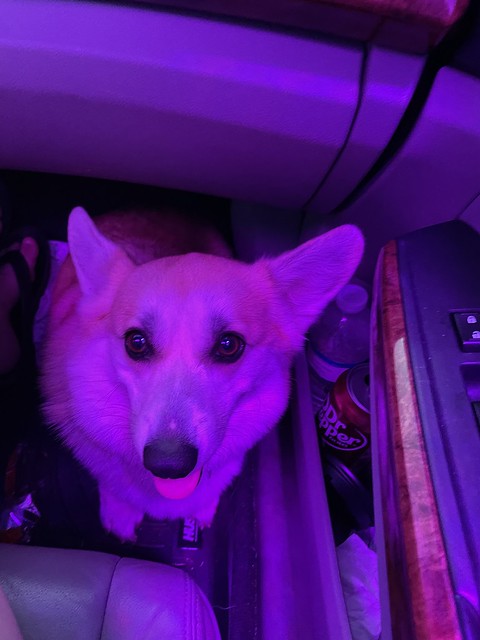 After that it was off to Gramma’s house to hang there for part of the day mainly to keep the boys occupied. Drew also came over and brought Buster.

For lunch we piled in the car and went from Mexican. 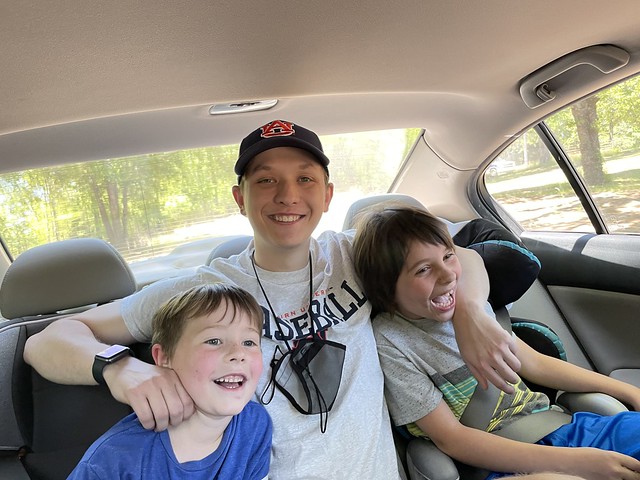 That evening Rob and Alex had a scouting event they had to go to, so I stayed with the boys. They played legos so nicely until it was time to eat dinner. 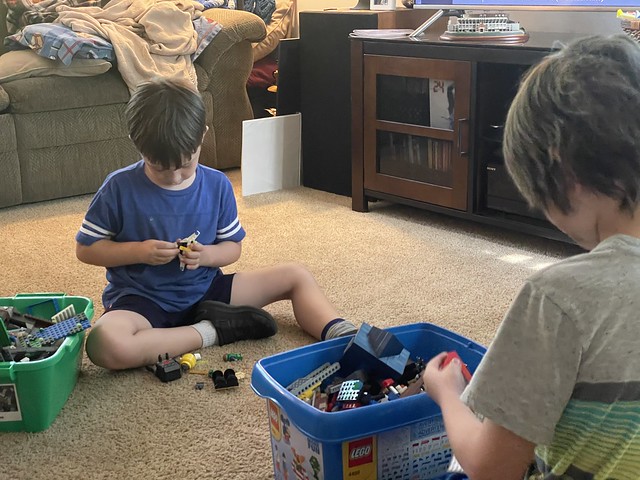 After dinner they watched TV until it was time to take them home. 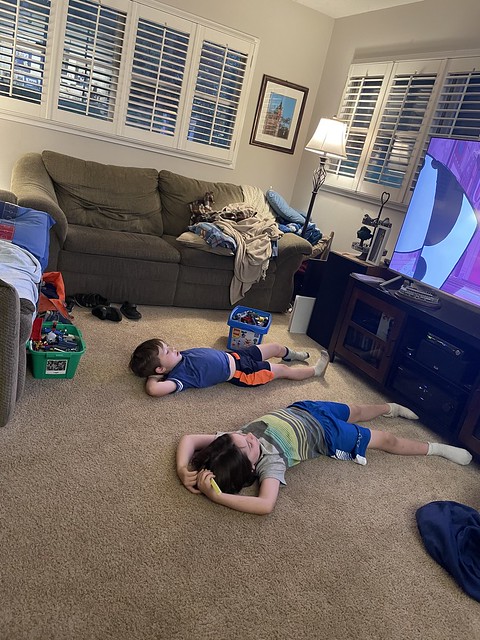