Sunday was the Annual Bodie Bowl, where the trombones and trumpets wage war on the football field. The intense rivalry begins on the marching field every August when the band convenes to prepare for the upcoming AU football season. Even after the last note is blown, the last flag is popped, and instruments, equipment, and uniforms are returned, this staunch rivalry never dies. To continue the tradition, these 2 sections of the band meet on the football field not to march in concordance, but to see who can cross the goal line more.

Here’s a few pics from the action… 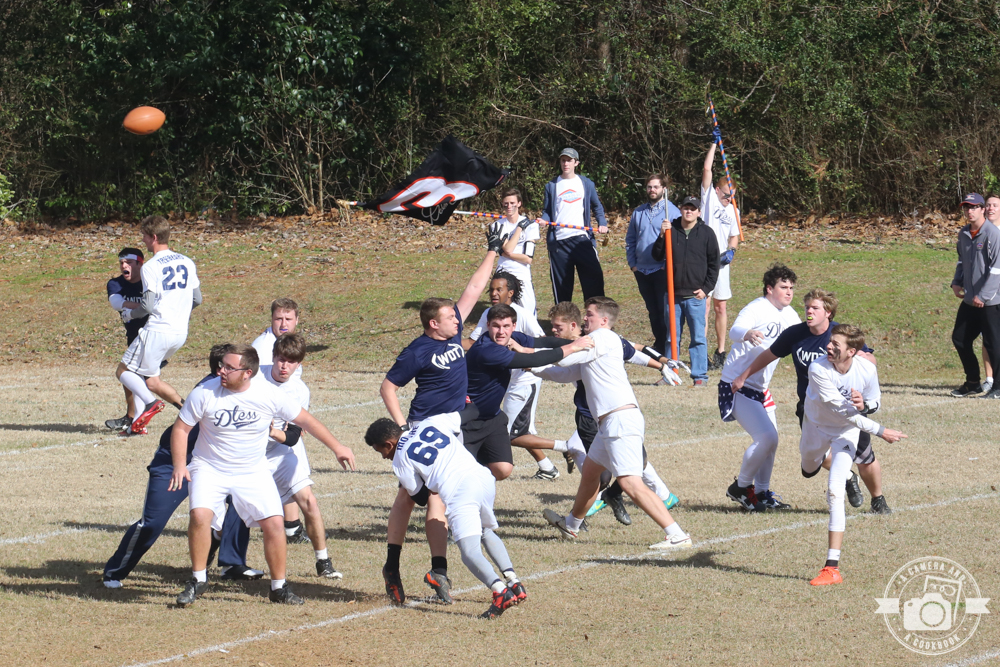 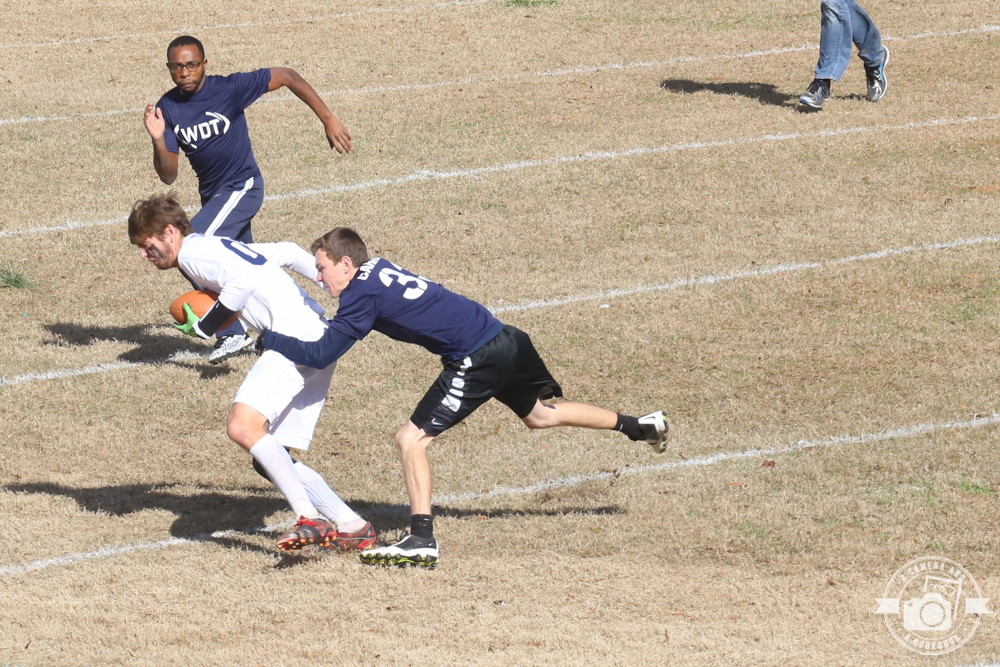 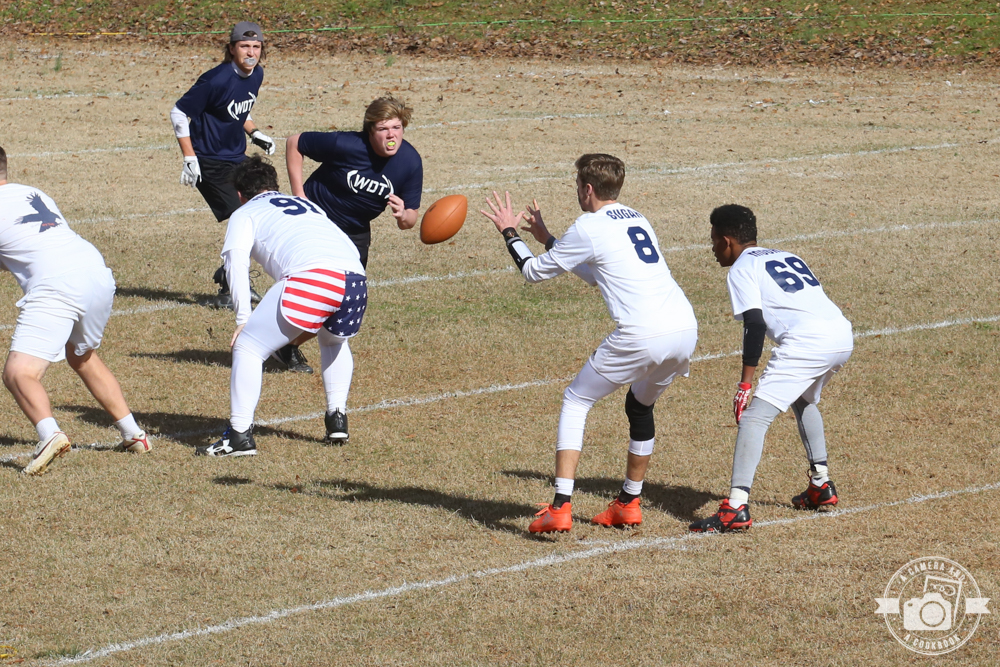 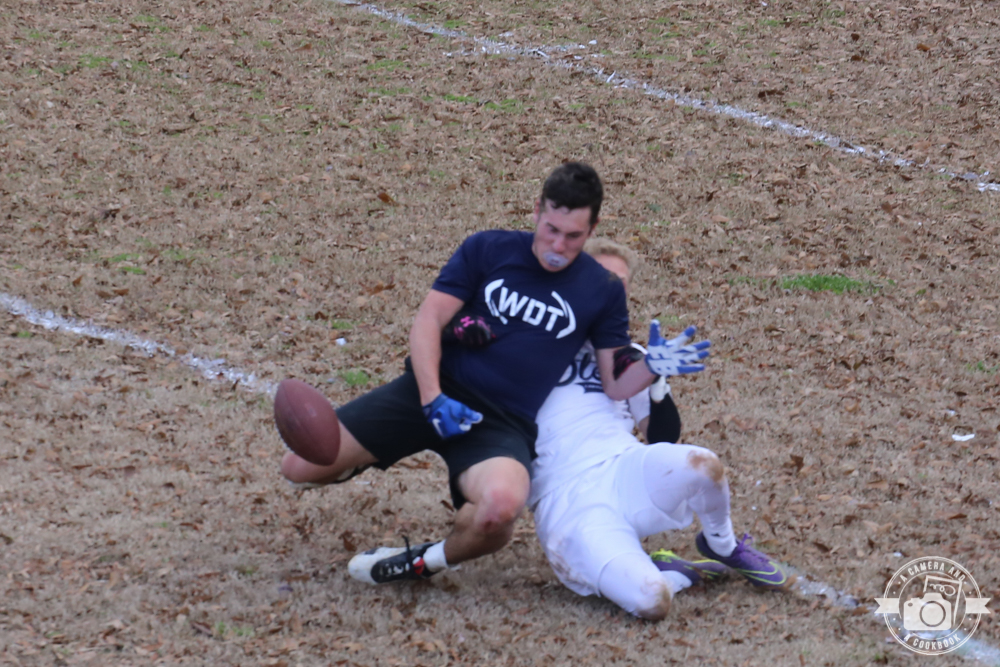 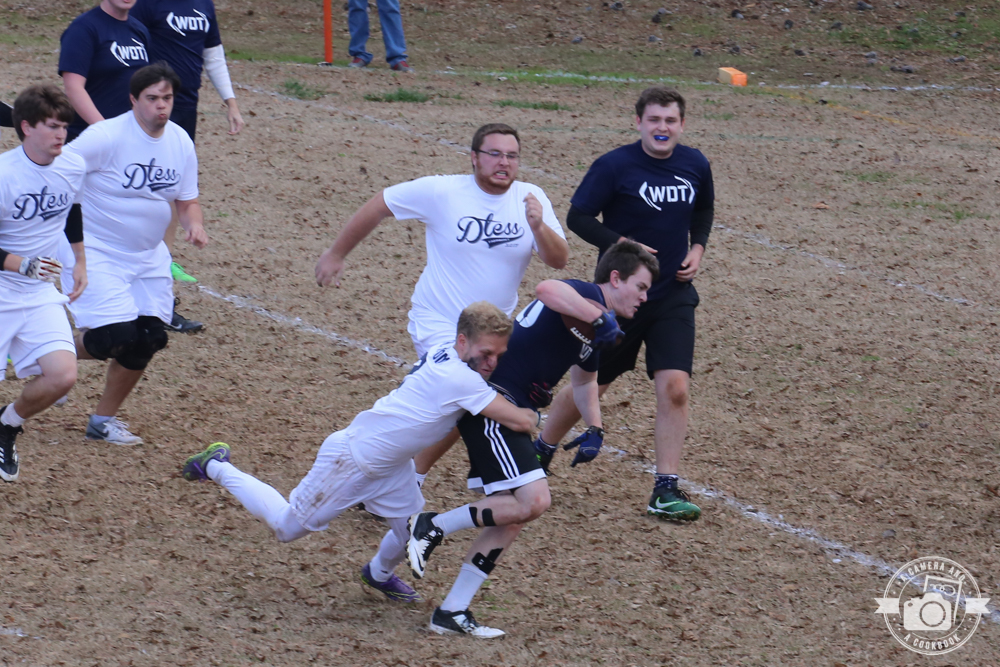 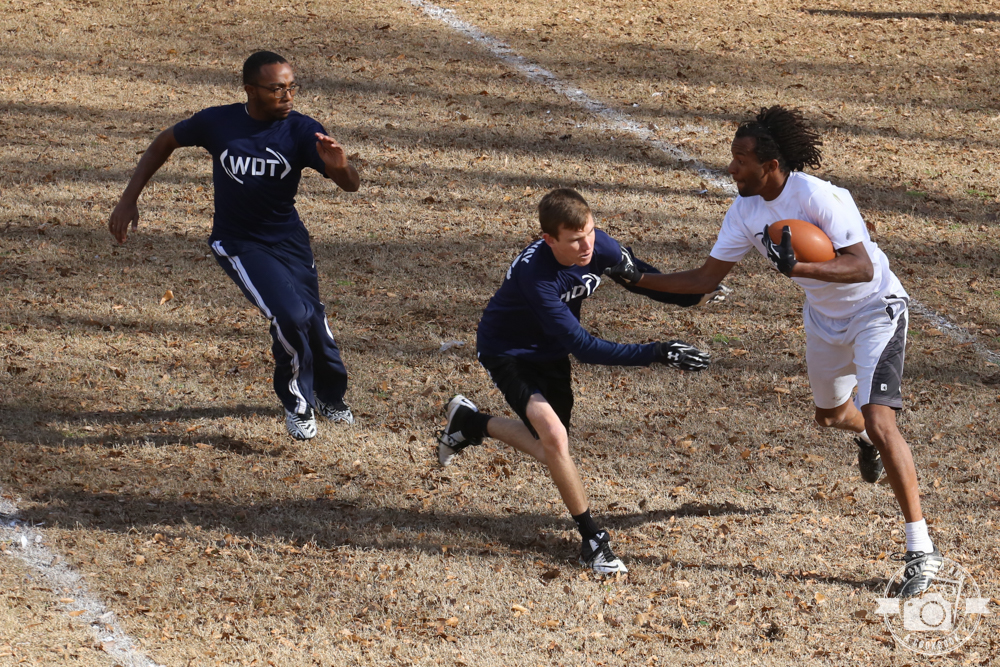 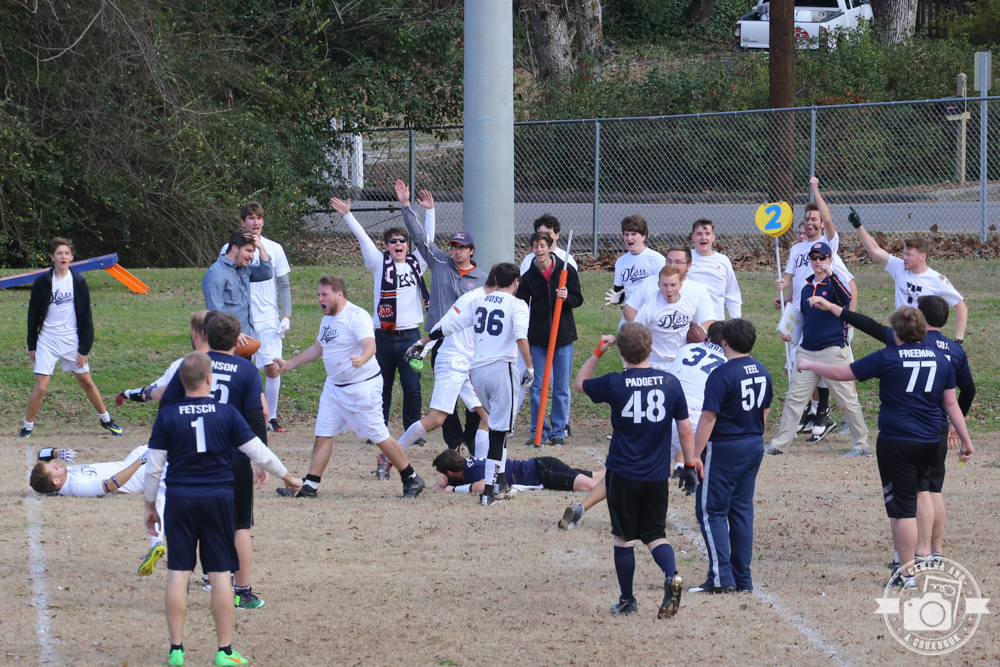 Trombones may have never won the football game, but there’s no doubt who has more spirit! 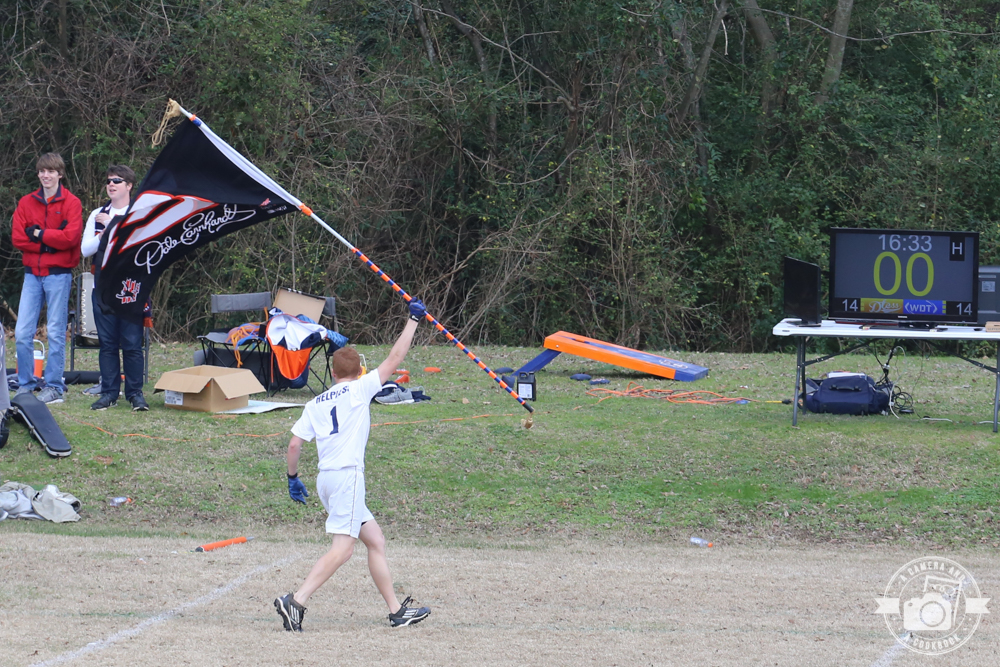 Here’s Drew practicing a kick off during halftime. 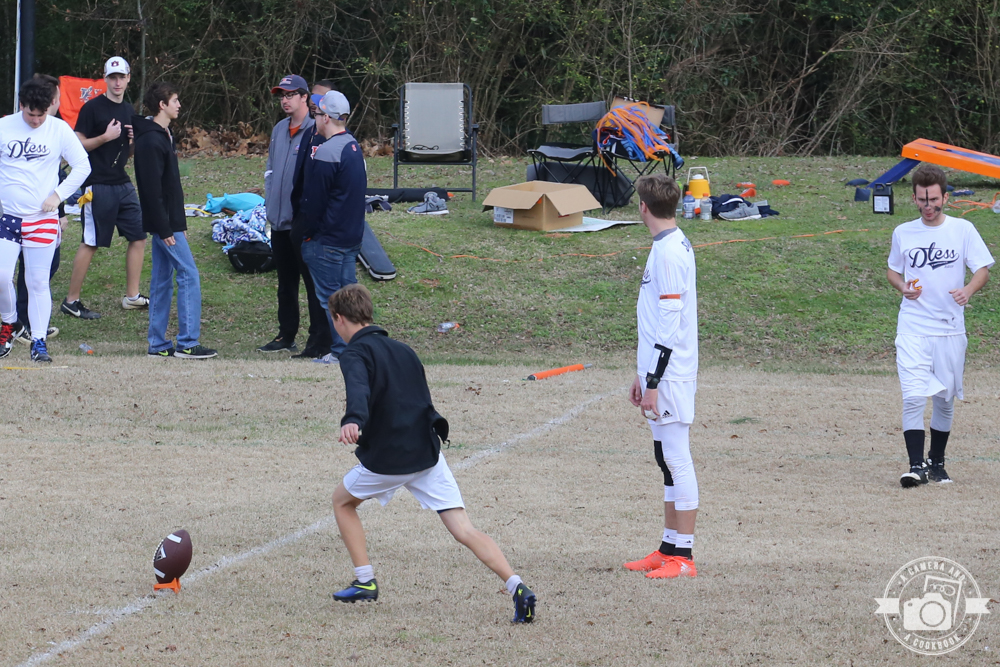 Girls are cheerleaders. However, I will say it was very cold so not much cheering was going on. 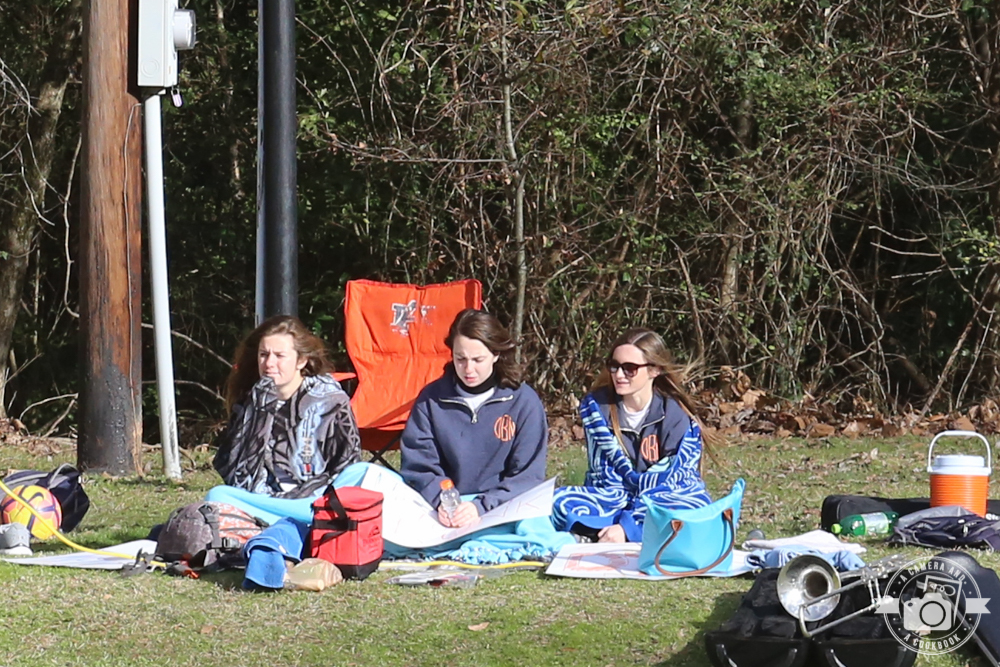 *The trombones put funny nicknames related to something from the previous season. Drew was “Wet Paint” because he got wet paint on his white marching pants right before the Sugar Bowl started. The girls have jersey’s as well, but their names are the last name of their boyfriend if they have one or a nickname if not.

*Pep talk during halftime. Notice he’s holding a trombone slide on a sitck.

*Dtess (trombones) vs. WDT (trumpets) score at half time

*Drew and Caitlyn visit during half time.

*What better way to pump your section than with a little trombone music!

*Nice to see they can come together in the end, circle up, and sing

Sadly, trombones have never won and although they were winning 14 to 7 at one point they ended up losing 21-14 this year. Drew also informed me after the game he dislocated his thumb before the game. After a trip to the AU med clinic, a trip to the orthopedic clinic, and 3 x-rays, it was determined that something didn’t look right about it. However, the doctor thinks it should heal fine on its own, but he will go back next week to make sure.

Click here to see more photos from the game.

Photos with * stars above them were taken by Keith Stephenson.