Last Wednesday, I got up as normal, grabbed my phone, and headed down stairs to have my Bible time and eat my cereal before getting the kids up in 30 minutes. I noticed I had a text, so I opened it up to see a text from AU ALERT: 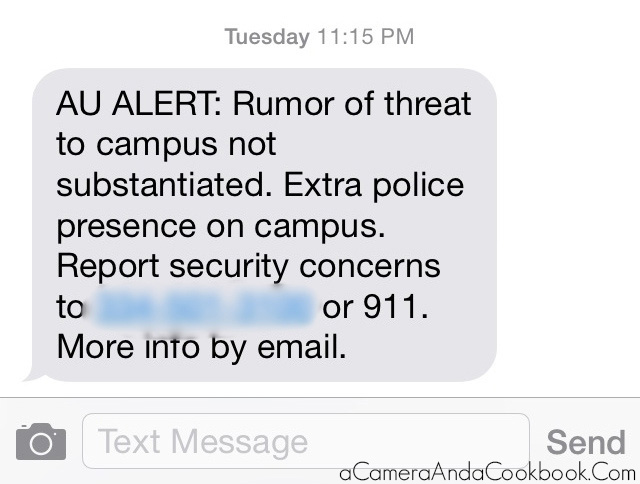 I immediately pounced on social media, to see what this was concerning. I found that someone had written a note on the bathroom wall in Haley Center. Before leaving to go to work, I went upstairs and asked if Rob had seen the text. He hadn’t looked at his phone yet, so he was unaware. All of this just seemed silly to me, so I went about my day as normal.

I had planned to get to work early, so I went on ahead. About 15 minutes after I got to work we got an alert: 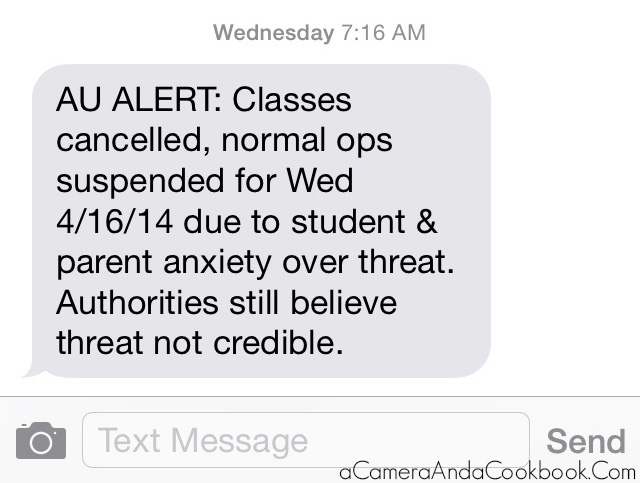 So that meant that Rob and I would have a free day with no kids! I met him back at home and we eventually ended up in Birmingham, which I’ll write about later. Luckily, nothing has happened concerning this threat. Police and FBI continued investigating, but as far as I know nothing became of it. Here‘s a news article pertaining to the situation. 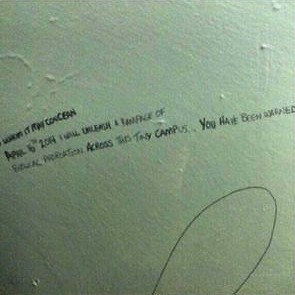