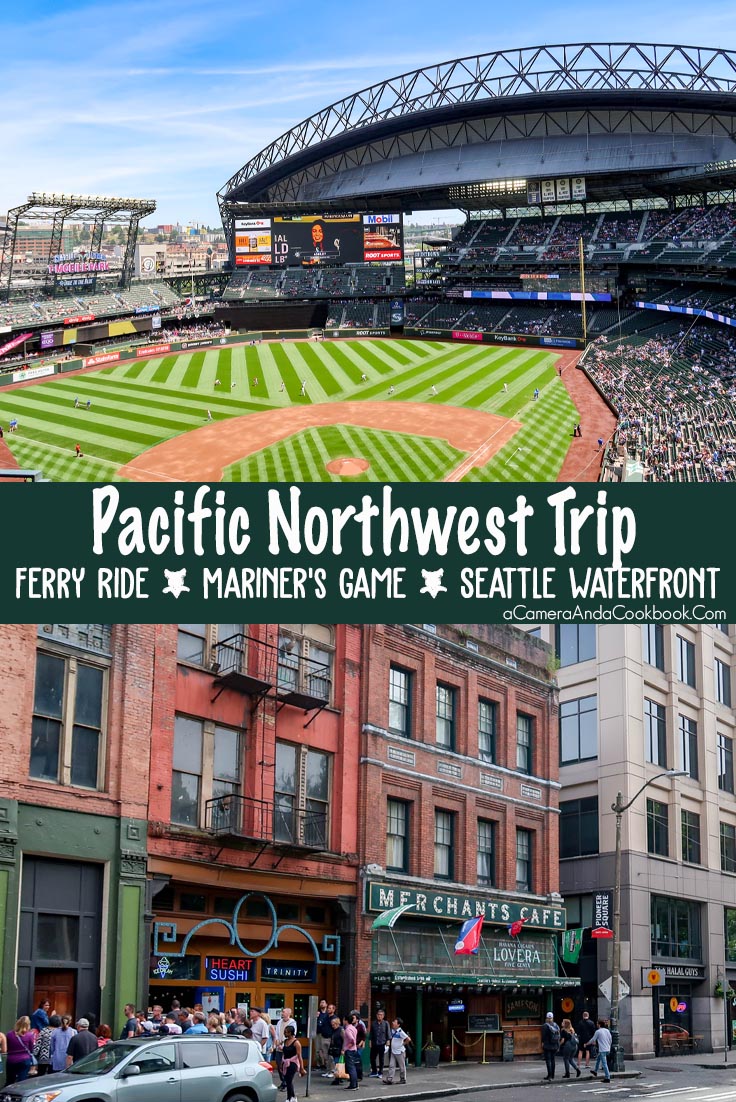 If you missed Day of our trip click here –> Pacific NW Trip: Quinault Rainforest to Olympic National Park. Today I’m sharing our 2nd day in Washington. We left Sequim after breakfast at the hotel and drove straight to Bainbridge Island to get on the ferry to Seattle. We had thought we would park and walk around, but it was still pretty early. Nothing was open yet, so we just decided to get in line and head on over to Seattle. The ferry we took was quite large with several decks just for cars. If you got out of your car and walked around, there was several lounges to sit in along with snack bars. 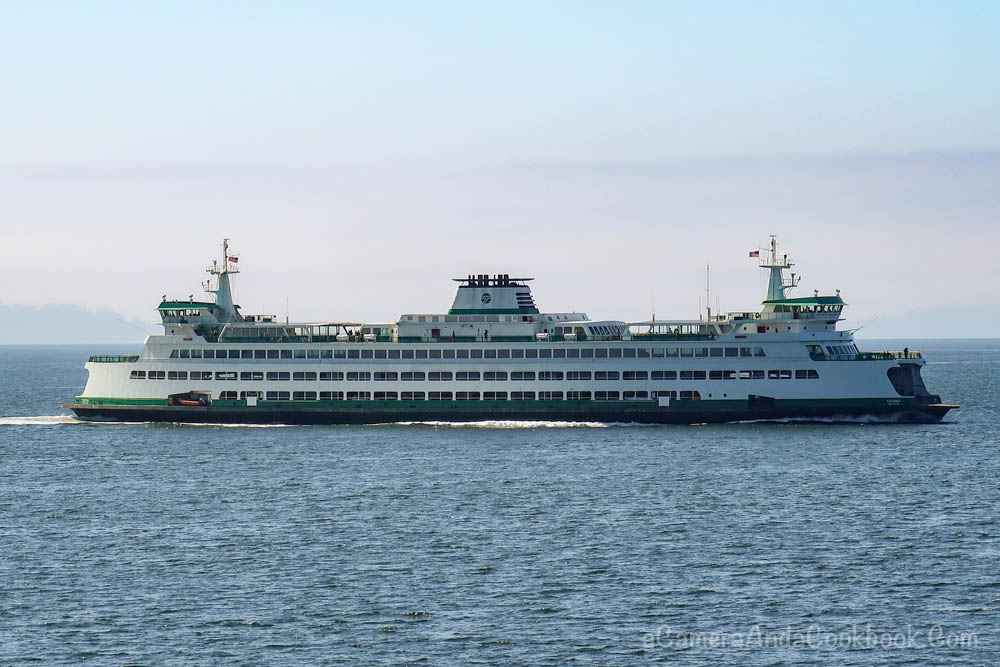 Looking back from where we came from you could see the mountain ranges sprawling across the skyline. Just gorgeous! 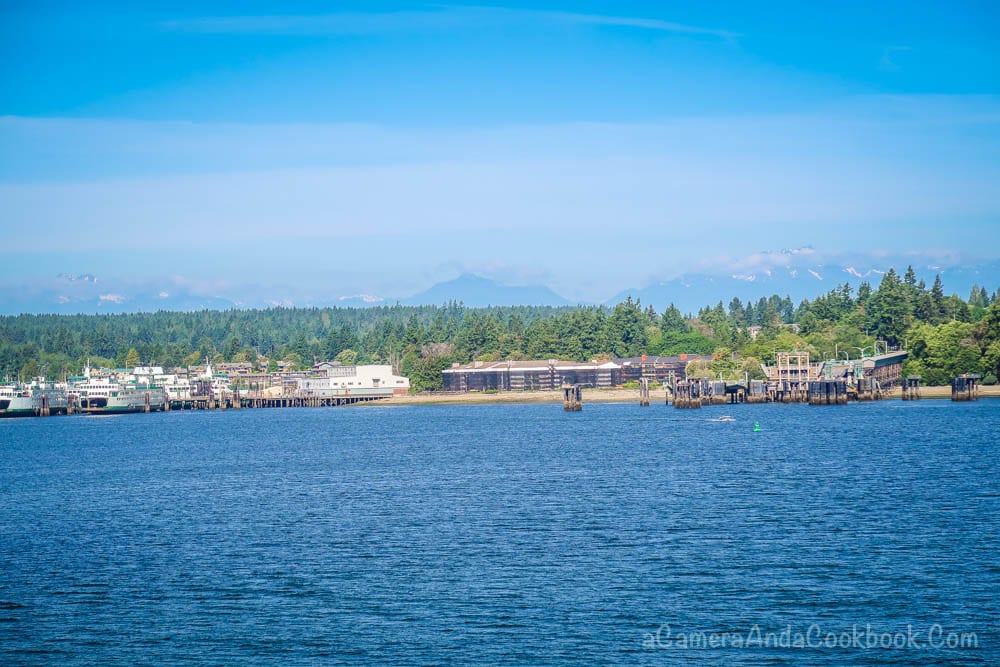 There’s Seattle. As you can see it was a hazy morning. 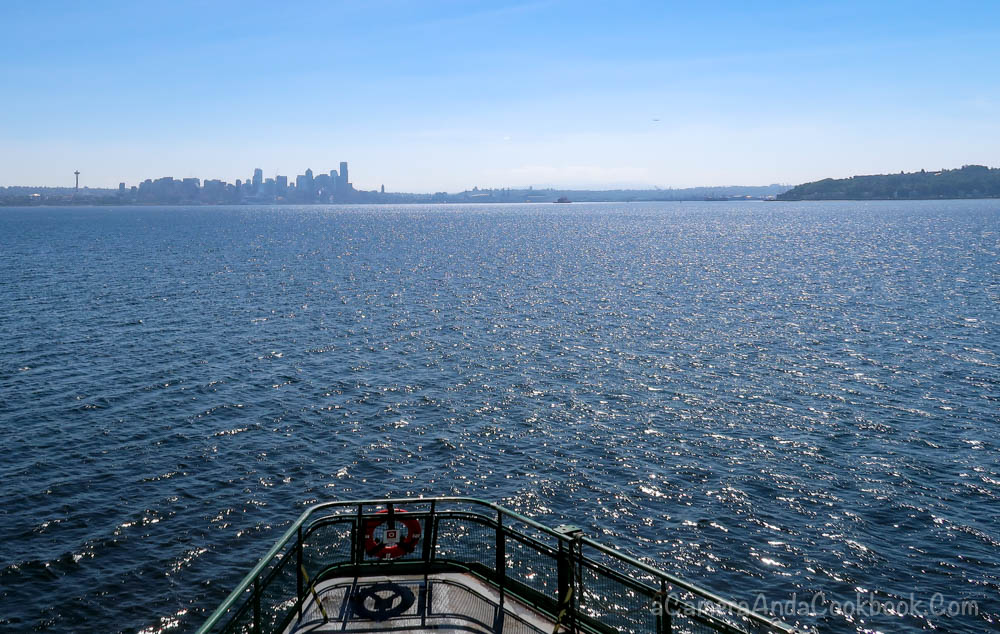 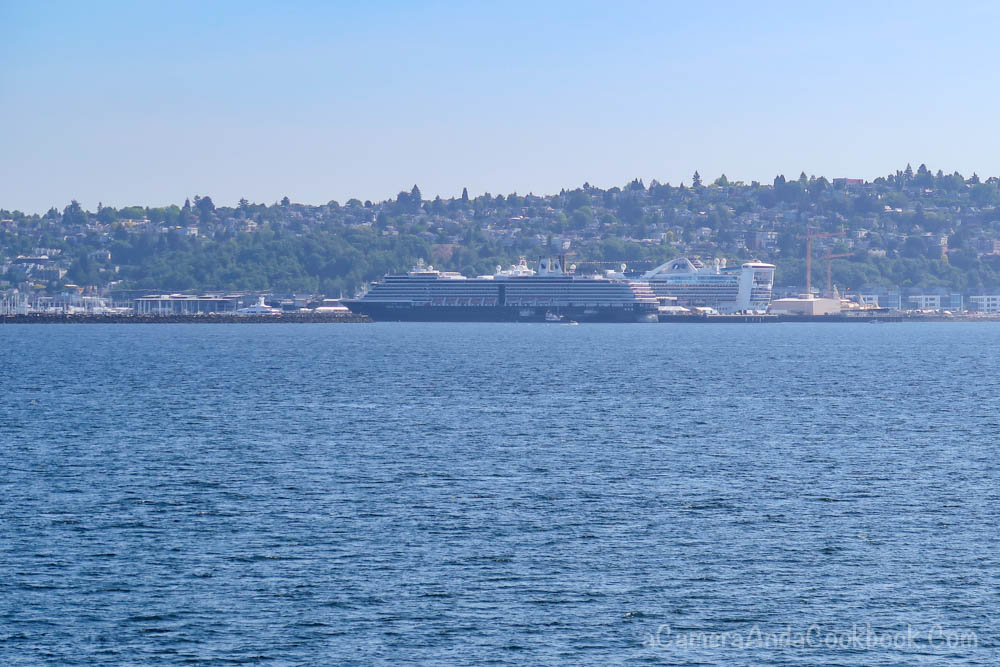 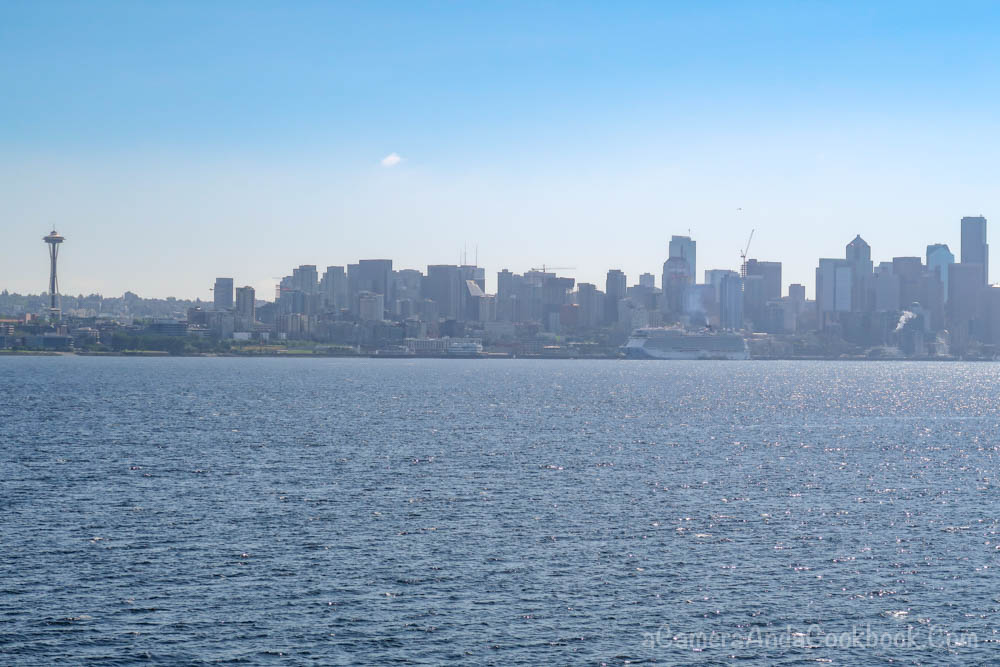 It got clearer, the closer we got. 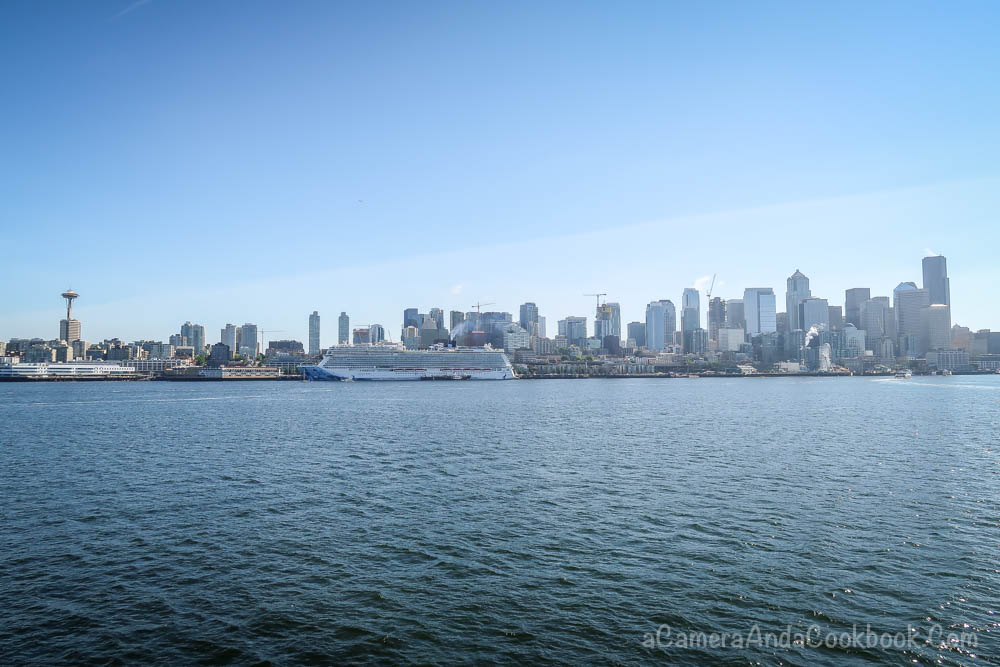 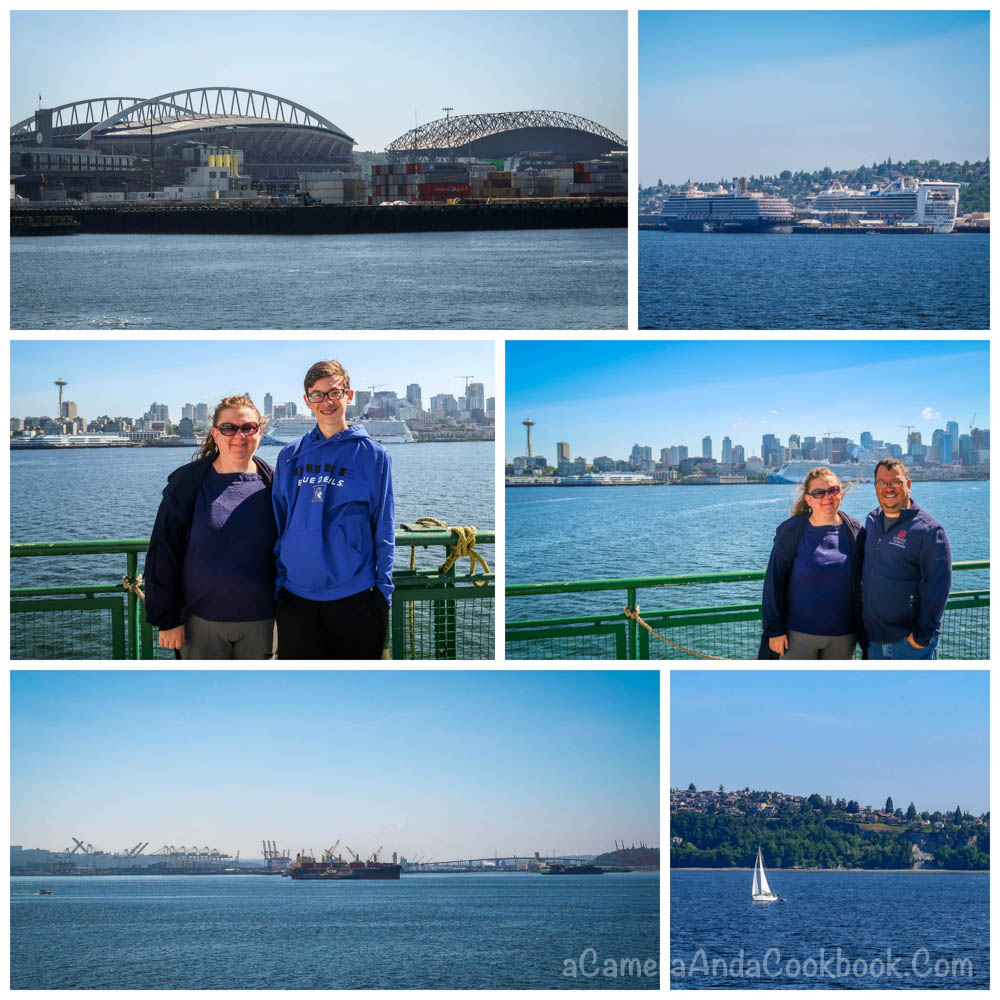 It was about an hour ride over, which went by fast watching the beautiful scenery and figuring out what buildings we were seeing in the Seattle Skyline. Once we got off we drove to our hotel. For this night we were staying right downtown; Pioneer Square to be exact at the Historic Pioneer Square Hotel.

After we checked in, we headed out for lunch. We ended up on the water front at Ivar’s. We got a bowl of Smoked Salmon Chowder to share. So good! Rob and I got the Cajun Fish and Chips basket. Alex got the Chicken basket. Very good food. We sat at the enclosed seating area at the pier. Alex enjoyed feeding the seagulls right outside.

Then, we walked over to T-Mobile Field for the Mariners game. 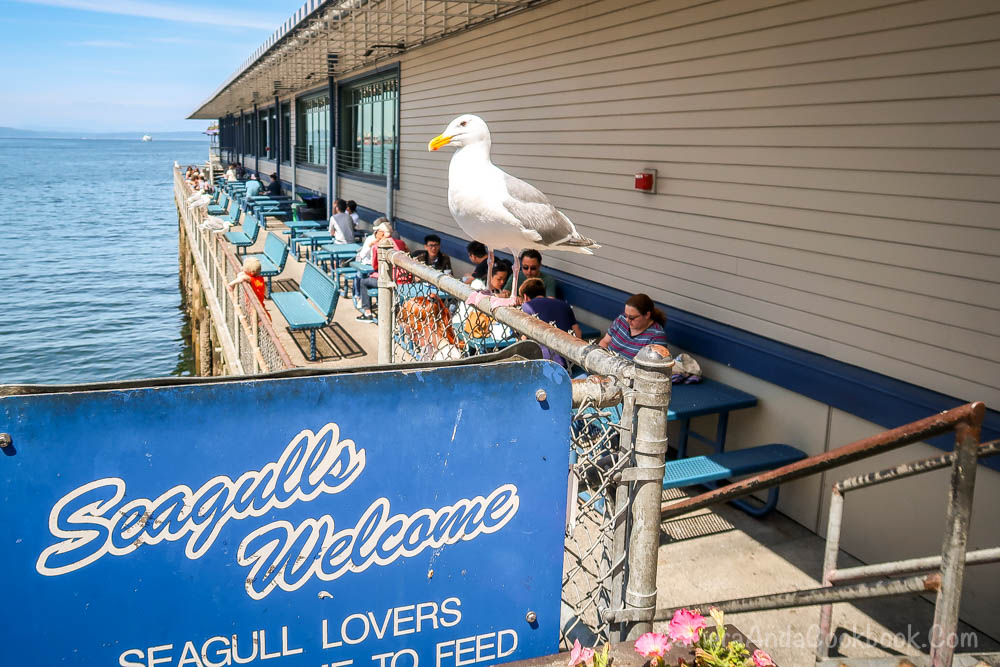 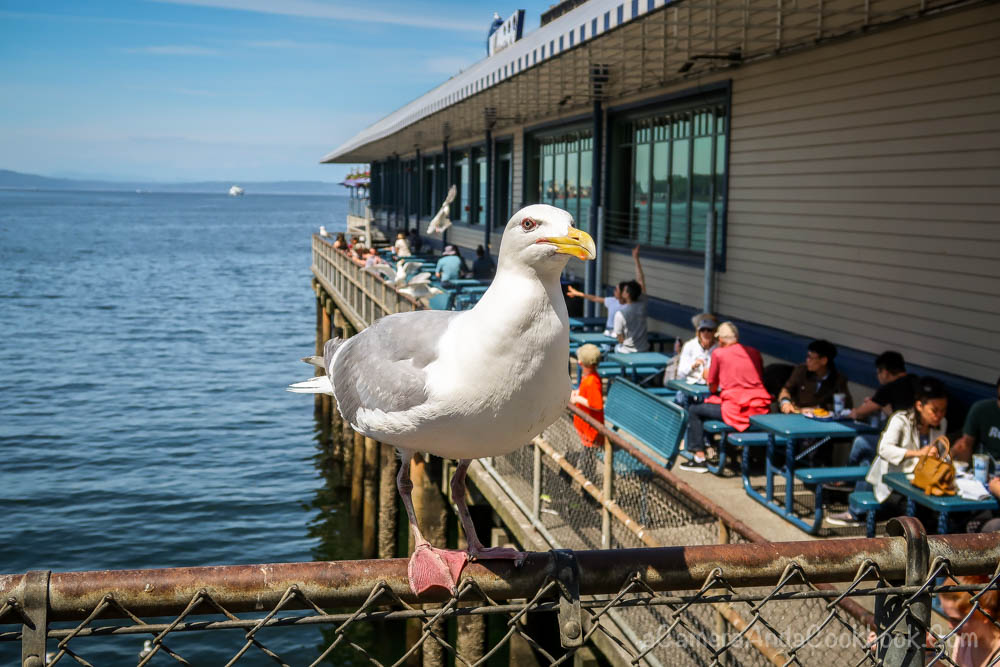 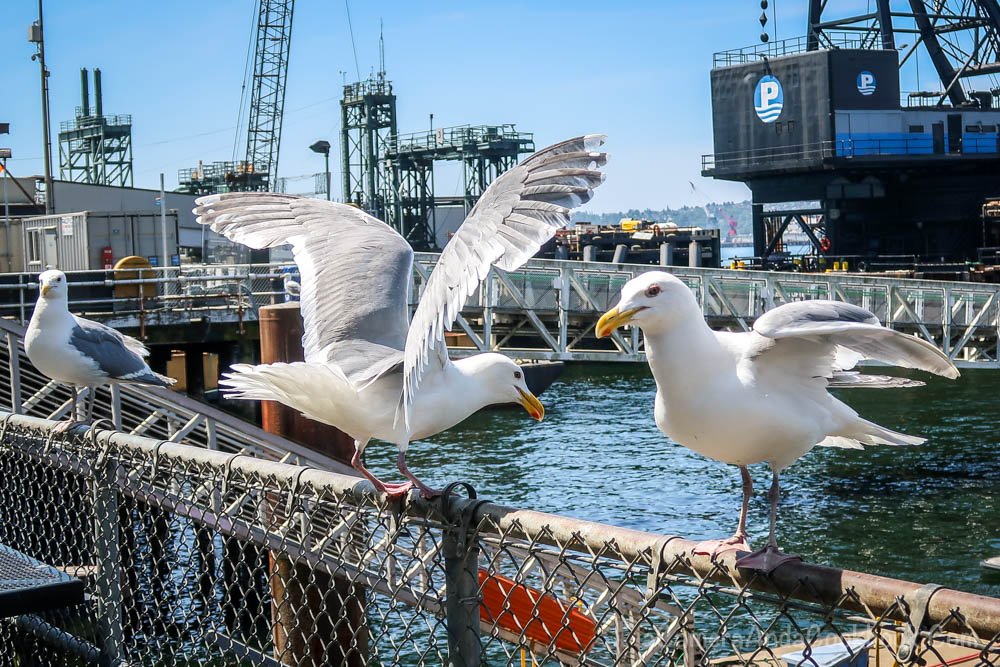 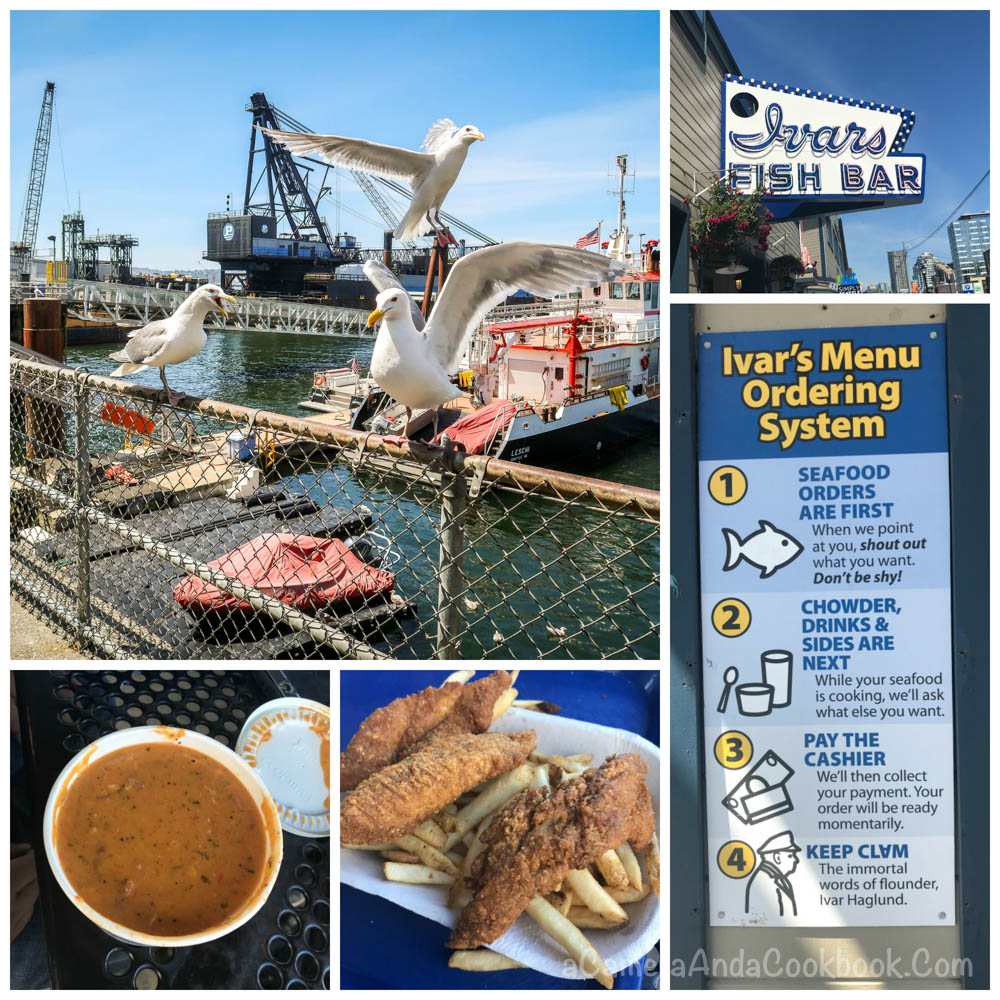 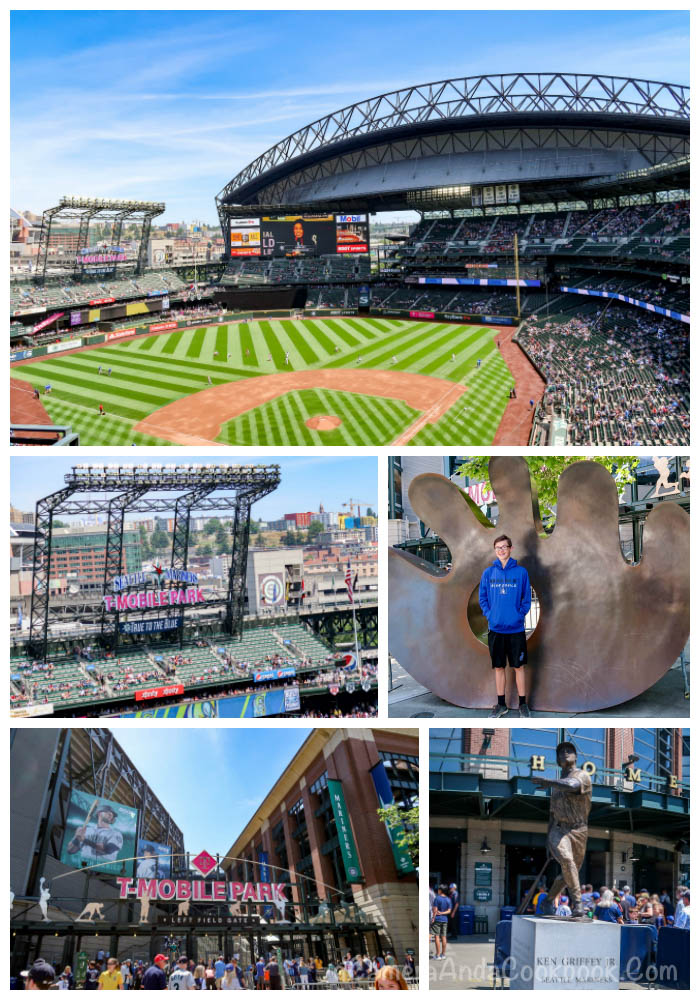 The home of the Seattle Seahawks, CenturyLink Field is right by the Mariner’s Stadium, so after we after the game was over we walked around to the front it. Since it was open Rob actually went up inside of it to look. Alex and I were so tired we just sat on the curb and waited. 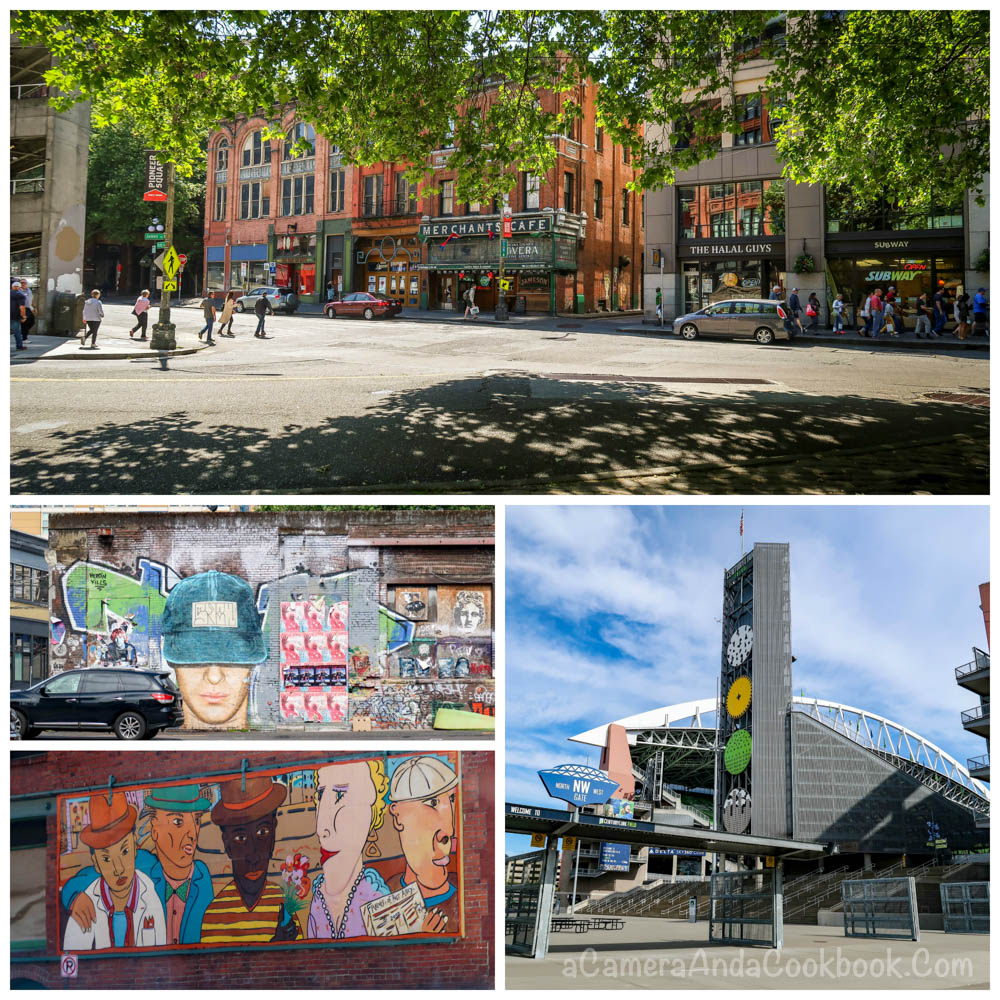 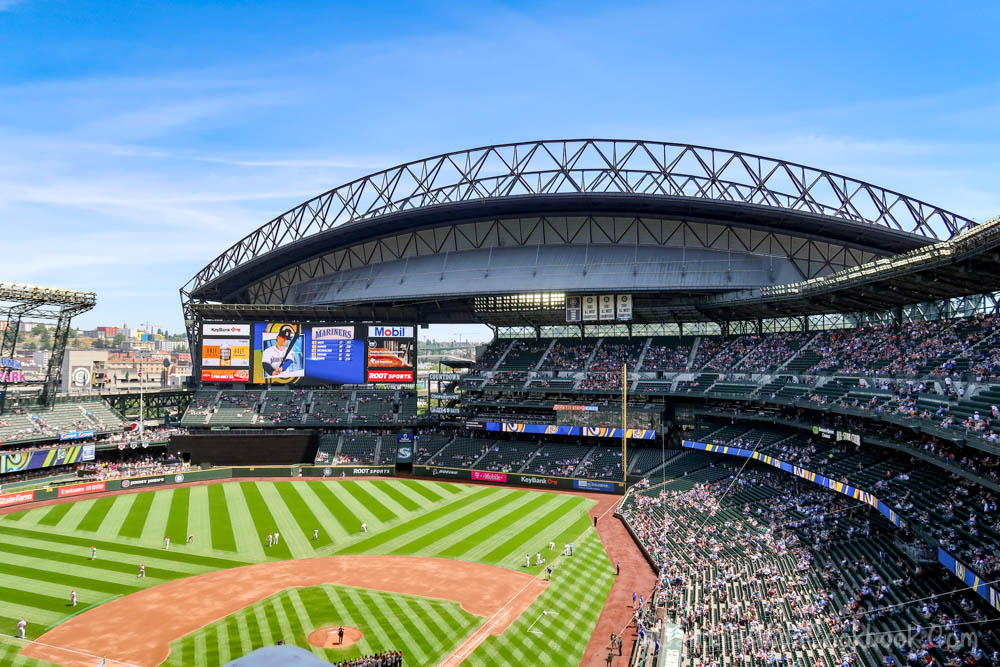 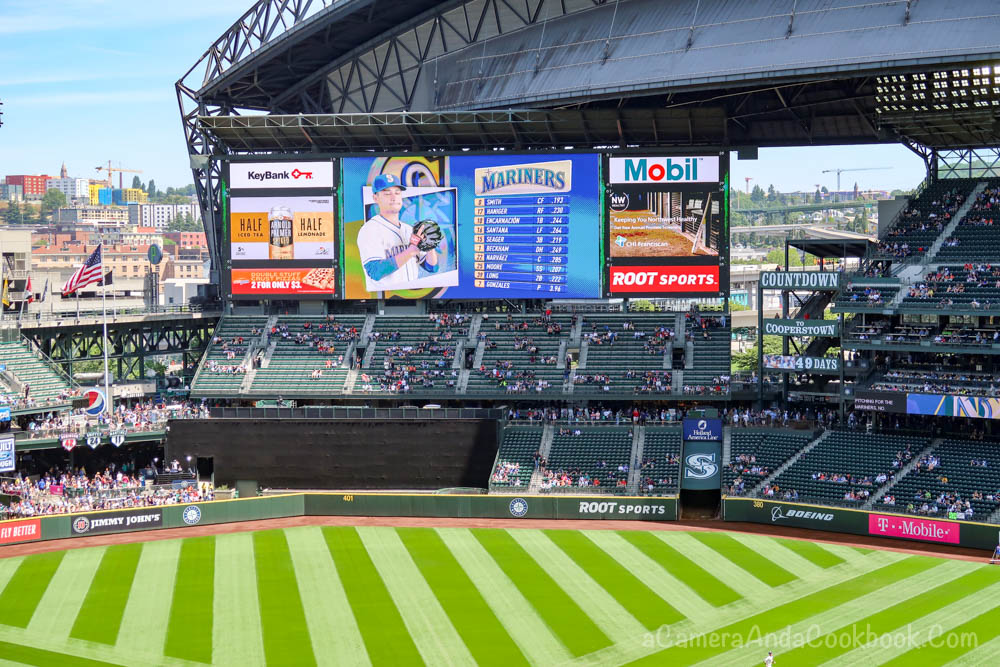 Unfortunately the Mariners Lost to the Angels 13-3. 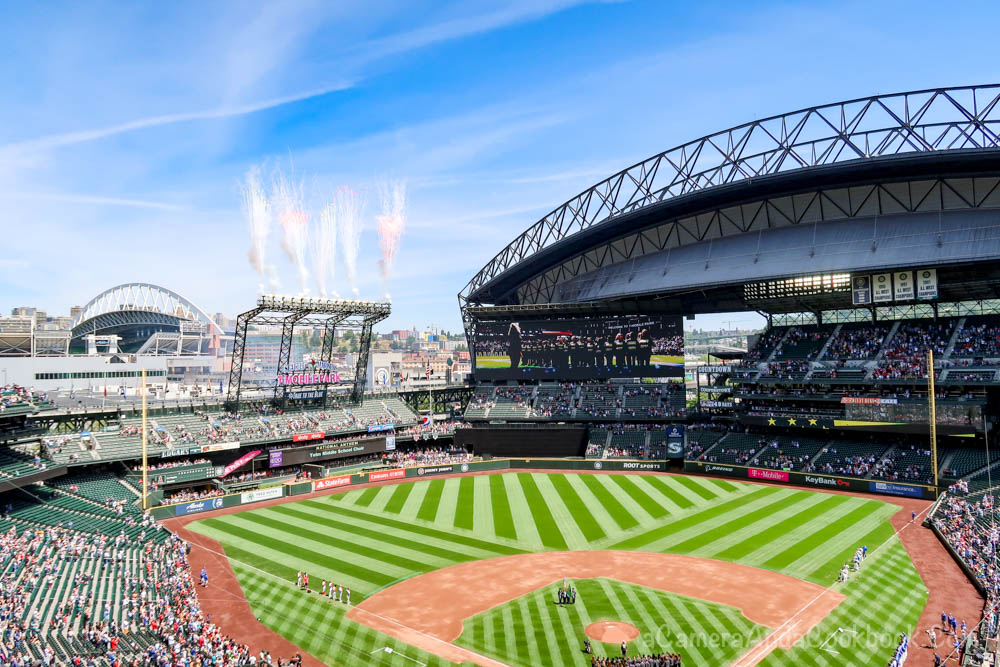 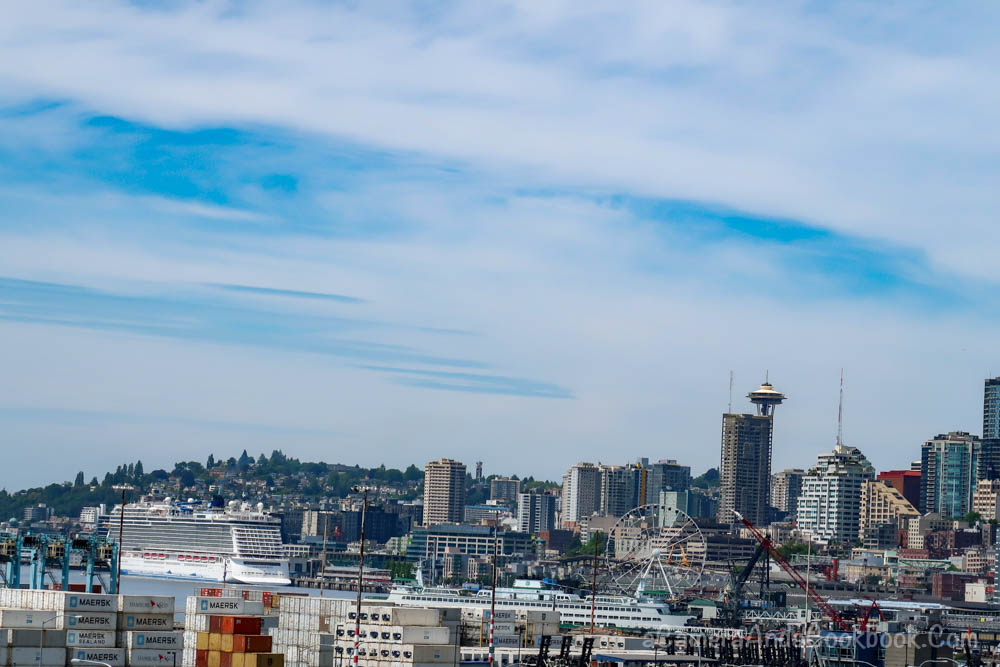 Loved the view of the mountain. 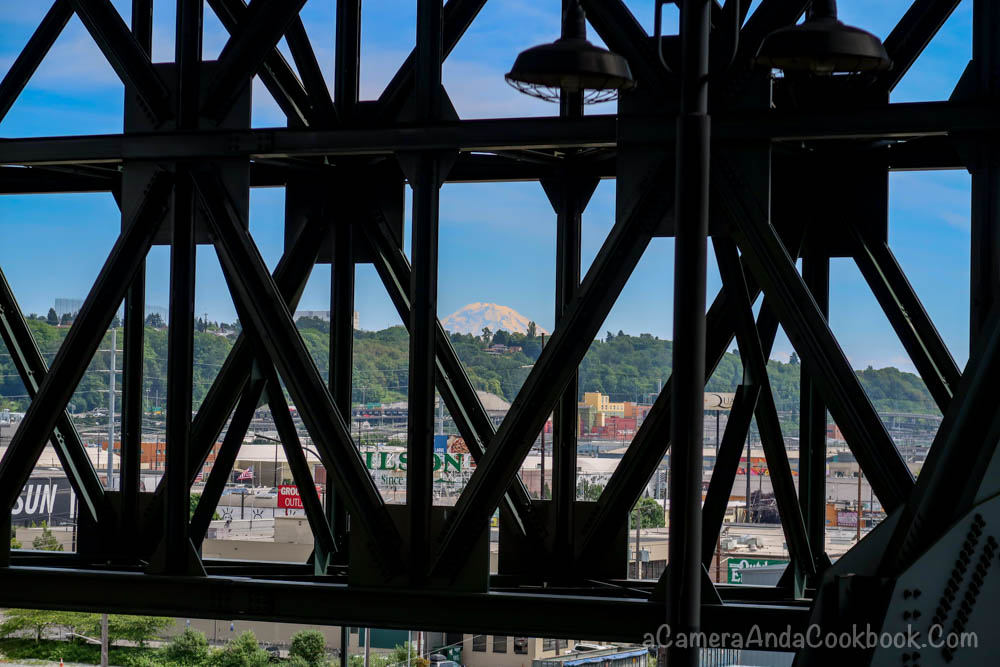 The kid’s section was pretty cool. 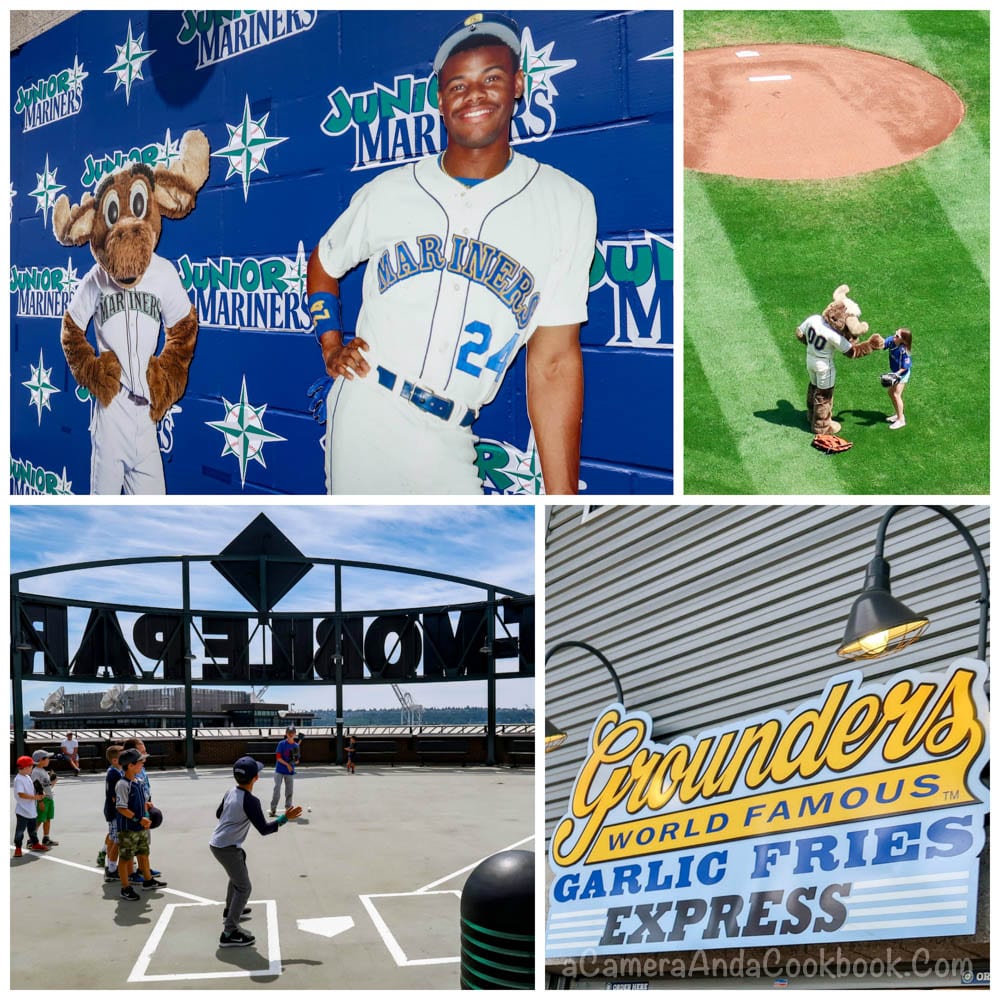 We ran across the UPS Waterfall Park as we were walking back to the hotel. Since Seattle is home to UPS in 1978 they created this private 60-by-80-foot pocket park in the original United Parcel Service building in Pioneer Square. I thought it was interesting to read that it is described as “one of the most expensive parks per square foot ever built in the United States!” 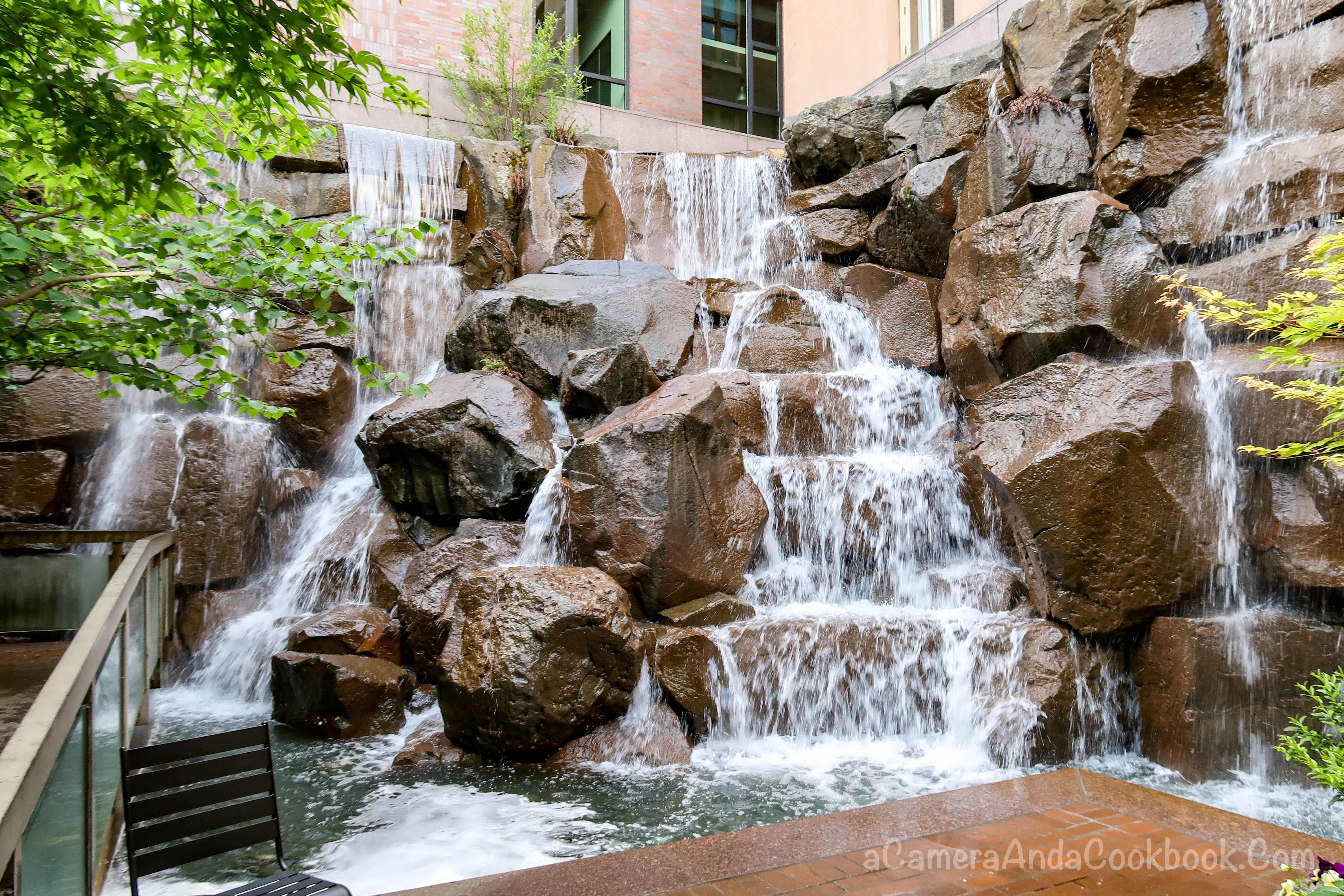 We went back to hotel to watch Auburn play the 2nd game of the NCAA regionals, which ended up winning by the way! Towards the end of the game we started trying to figure out what to eat. We ended up walking to a Chinese place called Happy Garden 615 3rd Ave, Seattle, WA 98104. It’s mostly a take out spot, because the restaurant wasn’t very nice. However, the food was good quality and the guys working there were very nice. One of them kept saying how Alex was a nice boy, because Alex used his manners every time the man spoke to him.

After dinner, we walked around a bit. Alex was interested in the “walrus building” AKA Arctic Building. It’s nicknamed the walrus building because it has terra cotta walrus sculptures embellishing the face of the Arctic Club building.

We found that and then made our way to the water front to see the ferris wheel and to see if we could see the Space Needle from there. You really can’t see it. 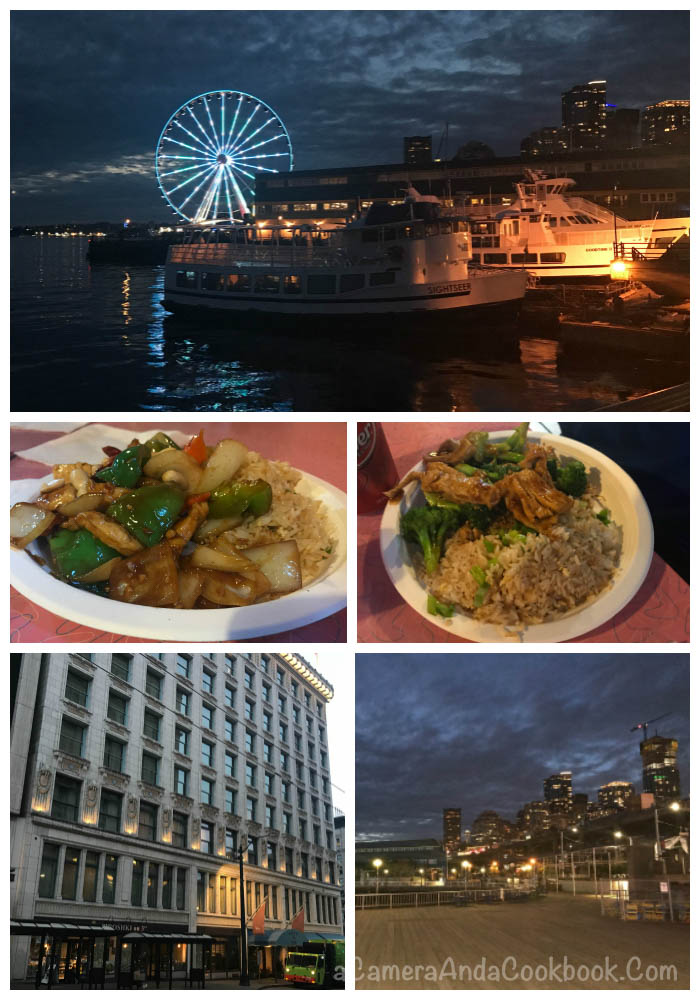