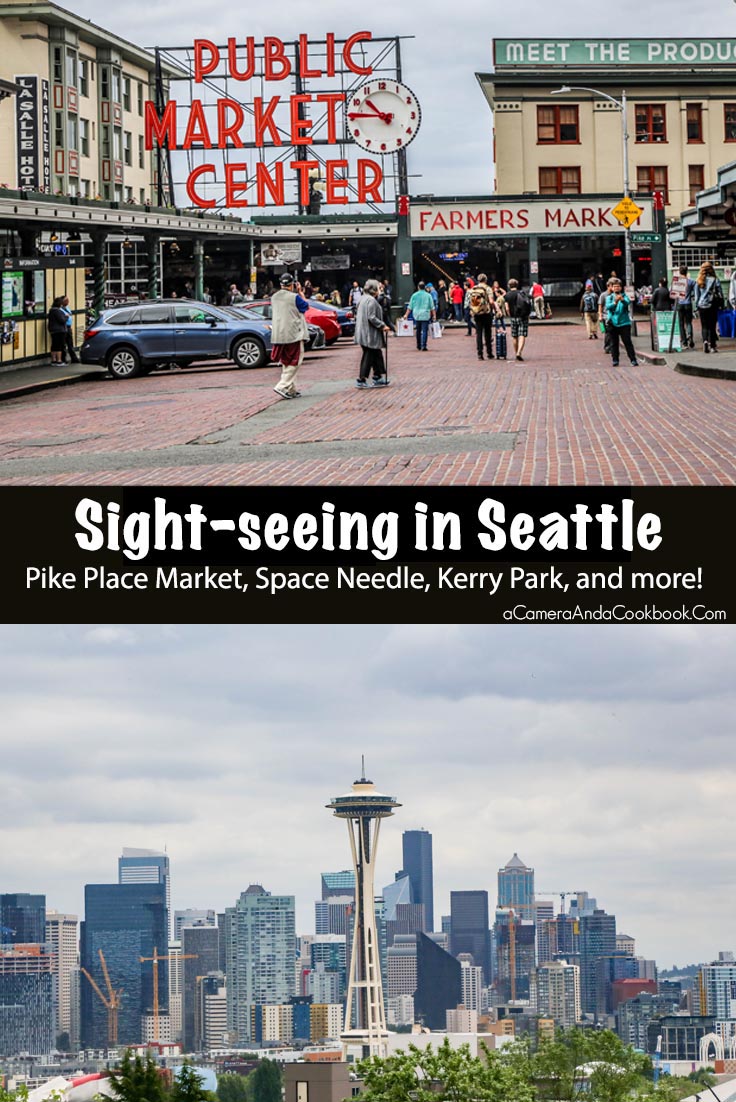 Here’s Rob figuring out where to get breakfast in the hotel lobby, as well the Seattle Flat Iron building and a Target downtown. 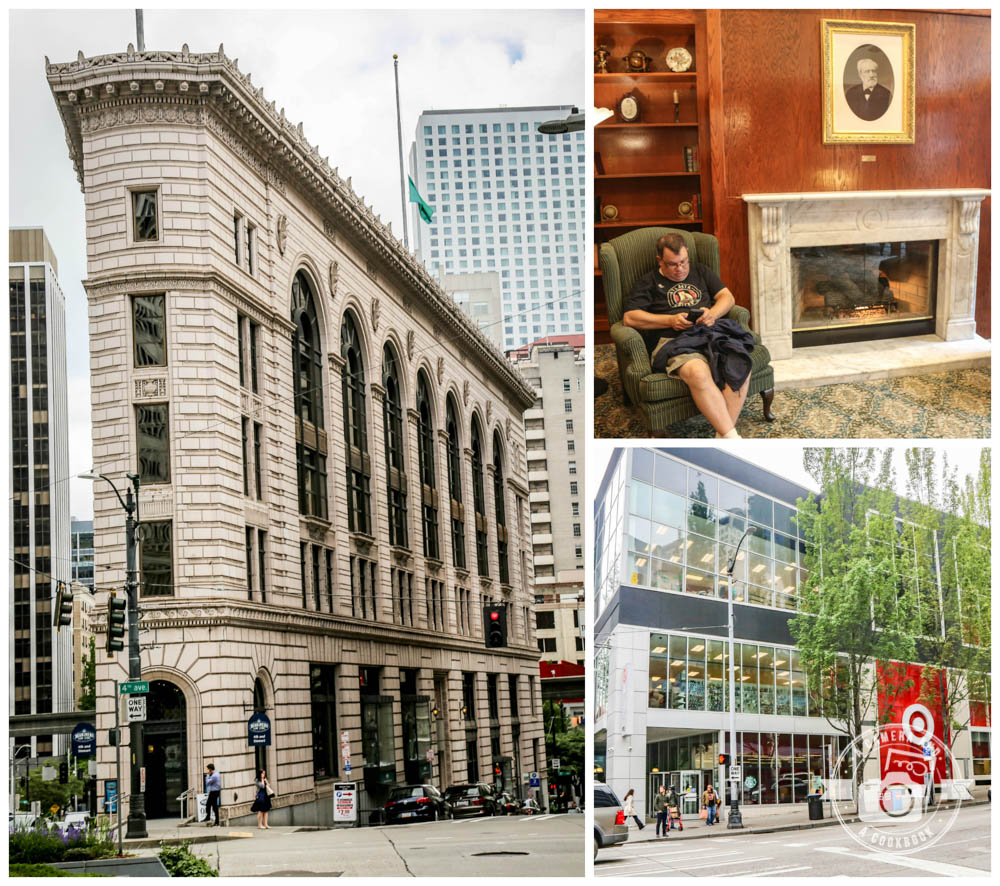 We checked out of the hotel and went to a Russian bakery called Piroshiki on 3rd
710 3rd Ave, Seattle
We ordered their Meat Piroshki and a Raspberry Roll. We shared those 2 things and if it weren’t for that I would have gotten one of the chocolate layered pastries that looked absolutely divine. Rob doesn’t like chocolate that much. 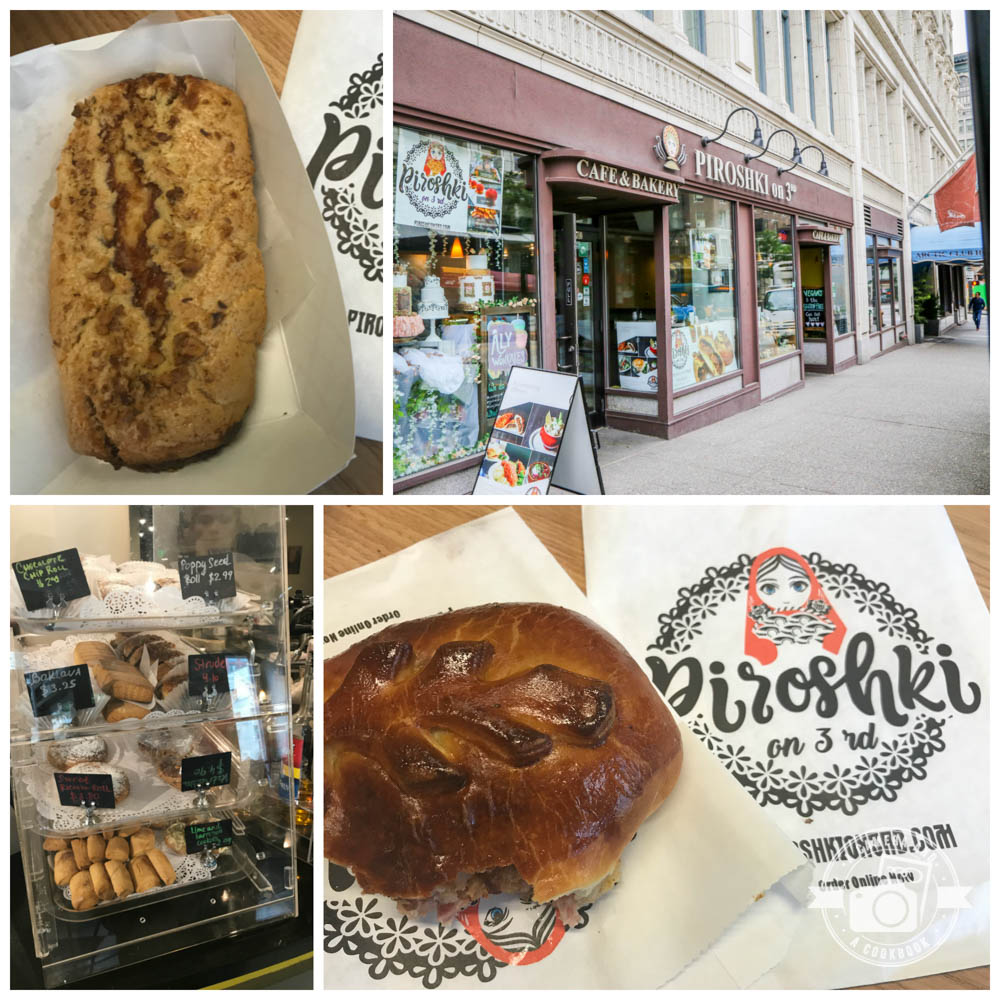 From there we walked to Pike Place Market.
85 Pike St
Seattle, WA 98101
We went there back in 1999 when we made a quick visit to Seattle during our Oregon trip, and that seems like another lifetime ago, so I was so very excited to get back and experience all that Pike Place Market has to offer! 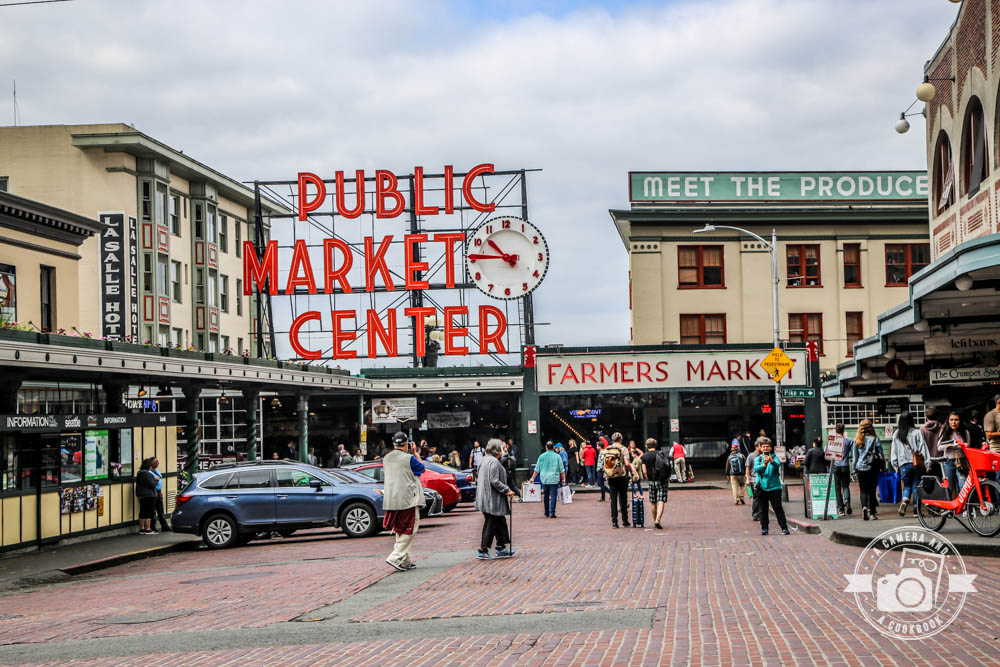 The fish market right under one of the Pike Market Sign is iconic. Seeing the Fishmongers yell out orders and then toss fish across the display never gets old. Although, Alex didn’t find it as interesting and funny as Rob and I did. 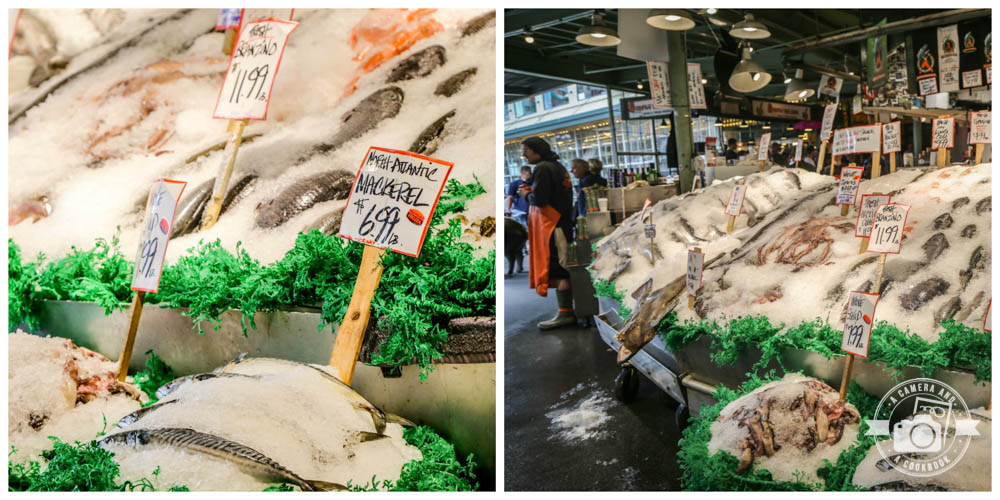 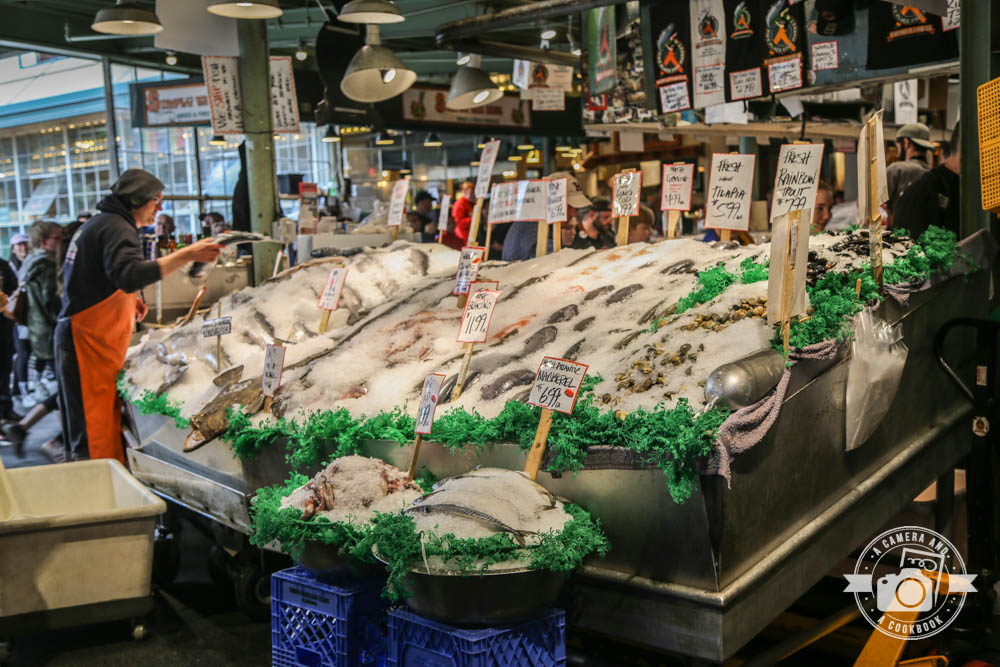 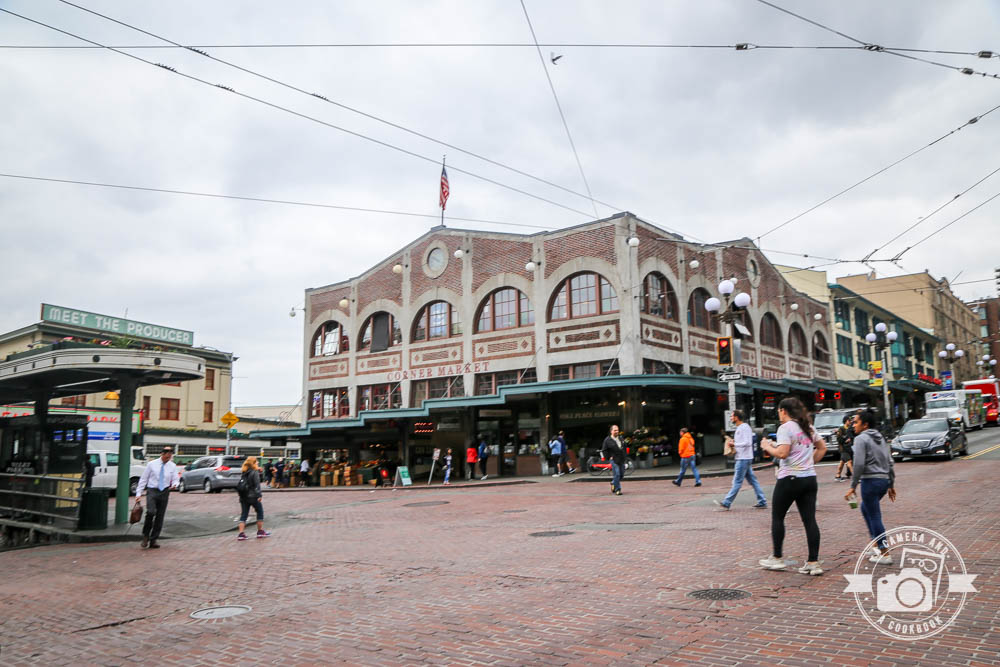 Rob spotted this mini-donut company, which we’ve seen a similar setup at the Auburn City Fest in years past. However, we’ve never tried them before. Rob couldn’t say no to them this time. 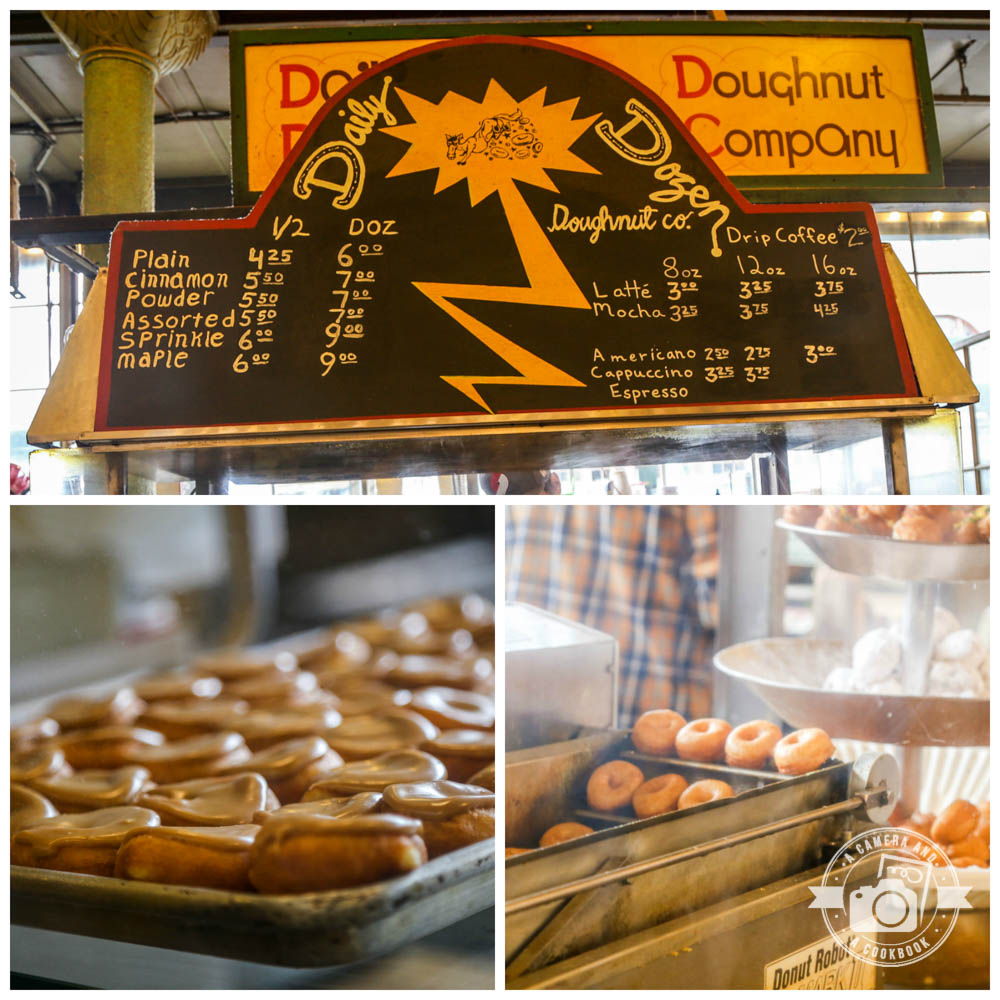 This piano player was quite impressive. Often when I see street performers this good, I wonder why they’re there and not somewhere bigger and better. 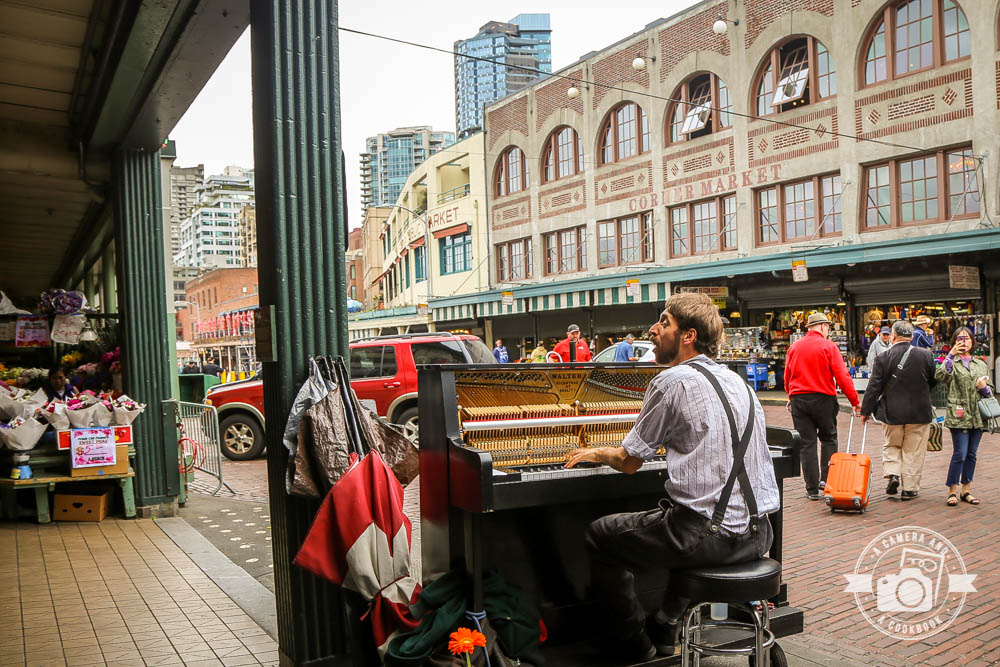 After enjoying a couple donuts each and watching the piano man, we walked further down the market to see what else they had. 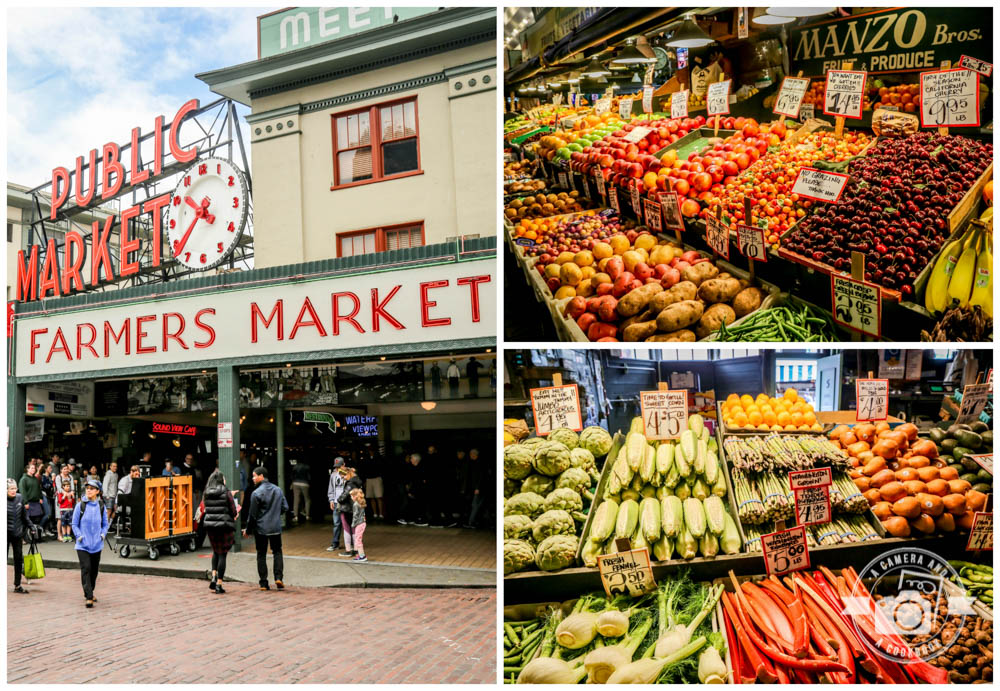 Then it was off to find the infamous Gum Wall. The Gum Wall is a little hard to find. Look for the Market Theater sign to the left of the main entrance (marked by a large neon “Public Market” sign) to Pike Place Market in downtown Seattle. At the bottom of the ramp, veer left onto Post Alley and there you’ll see Gum Wall on both sides of the alley. 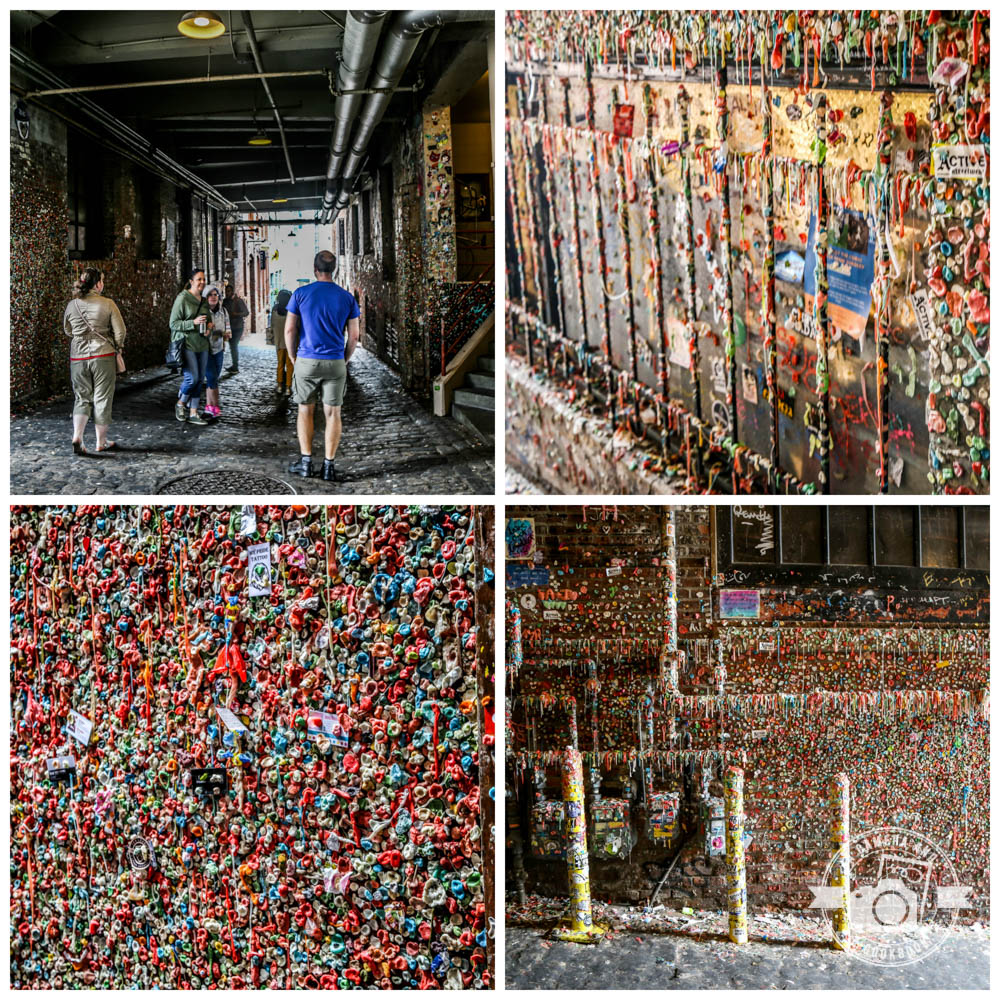 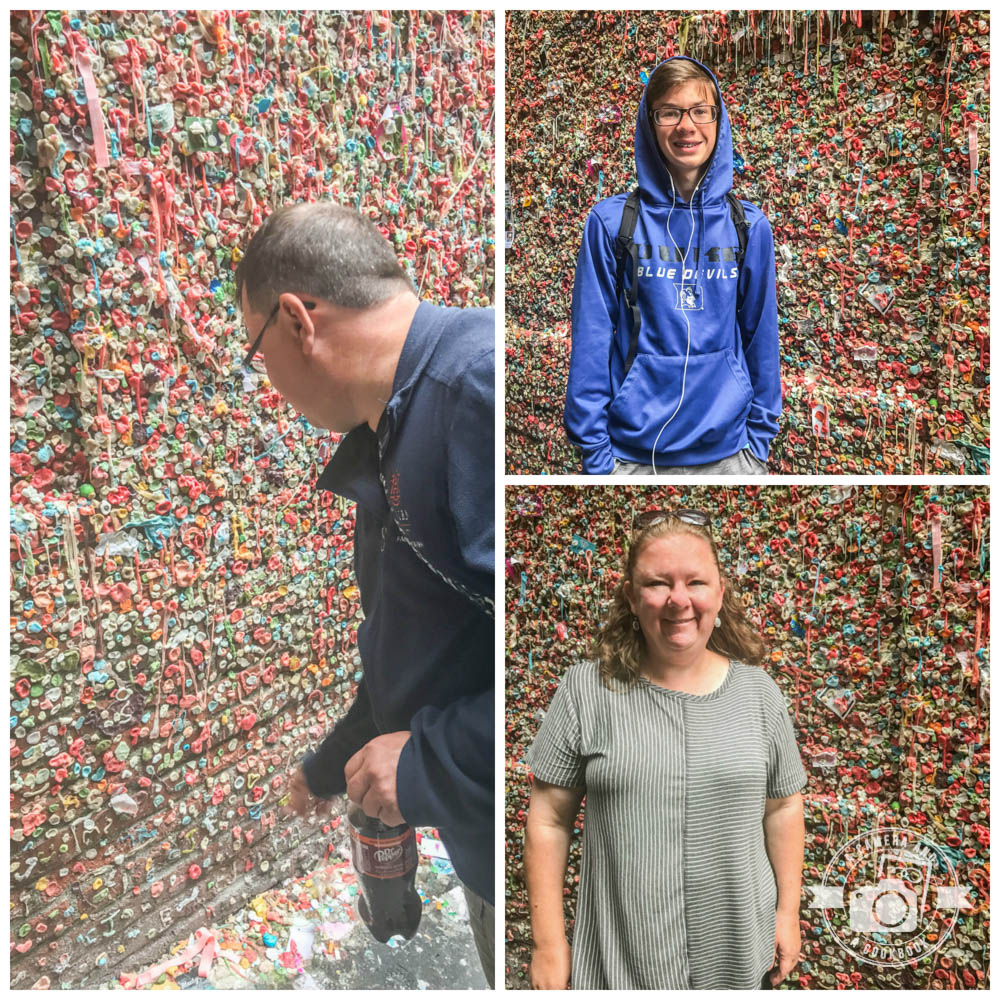 We rode the Monorail over to Seattle Center
305 Harrison St
Seattle, WA 98109
This is where you’ll find the Space Needle, Chihuly Garden and Glass, MoPOP (Museum of Pop Culture), and many other attractions including a super cool playground. Alex really enjoyed the playground, which is marked for 5-12 year olds. I’m not sure anyone would think he is 12, but no one said anything. 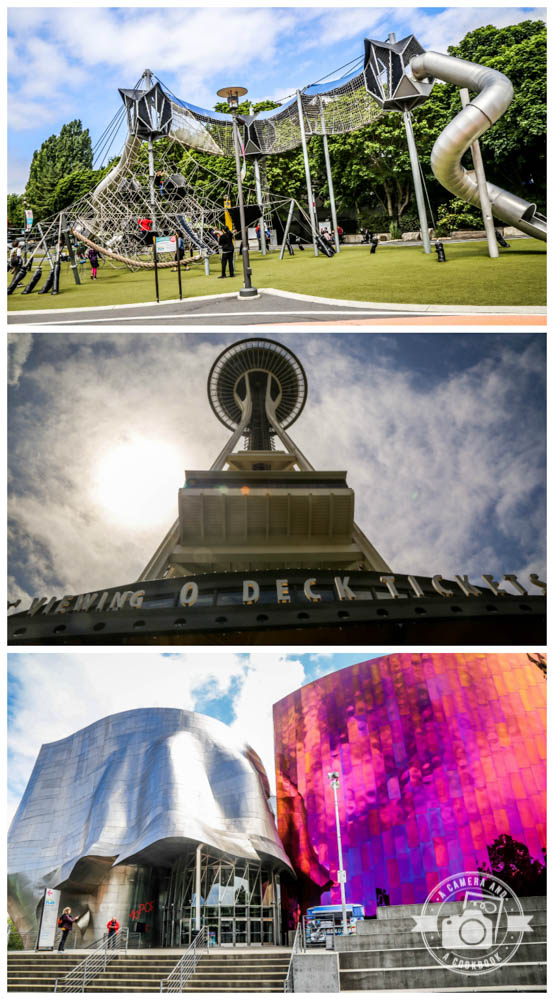 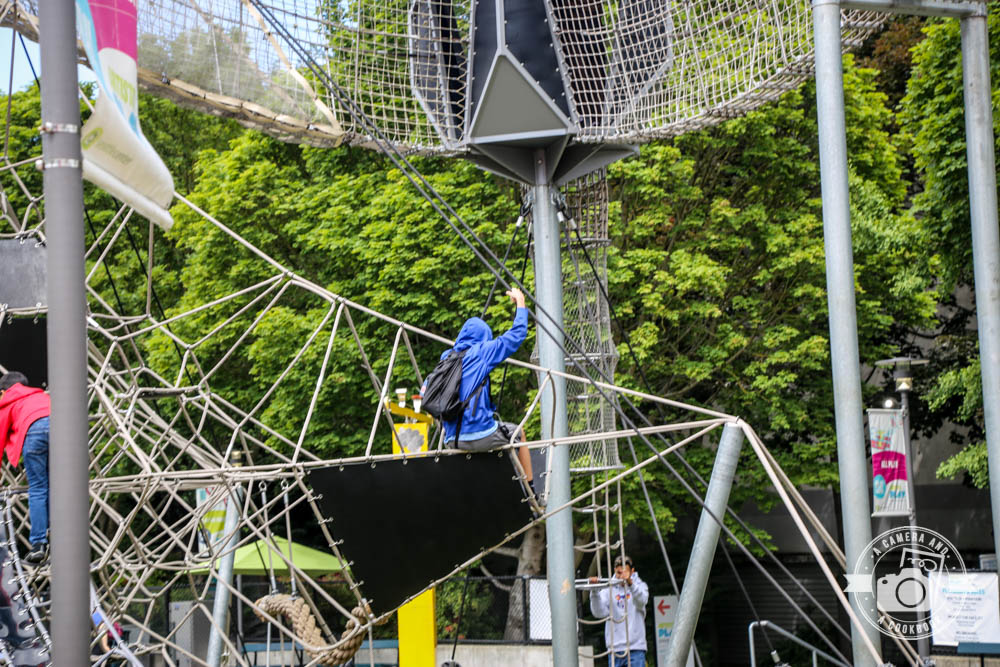 We didn’t stick around too long, because we had to get an Uber back to our car. This is a picture of the MoPOP with the Space Needle photo bomb. Pretty cool 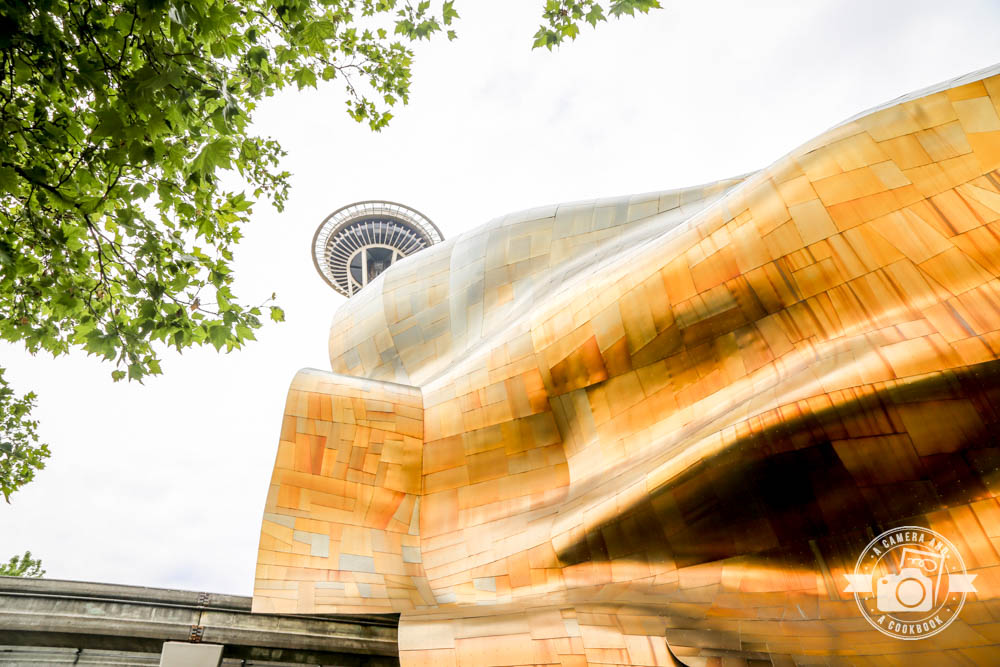 After the quick Uber drive to the hotel parking lot, we drove our rental car up to Kerry Park. This is a must do when in Seattle, because it’s one of the best views of downtown Seattle. Be ready for a some steep roads to get there as the park is nestled in a neighborhood. It’s a bit tricky with one way streets. However, Google Maps took us straight there with no issues. 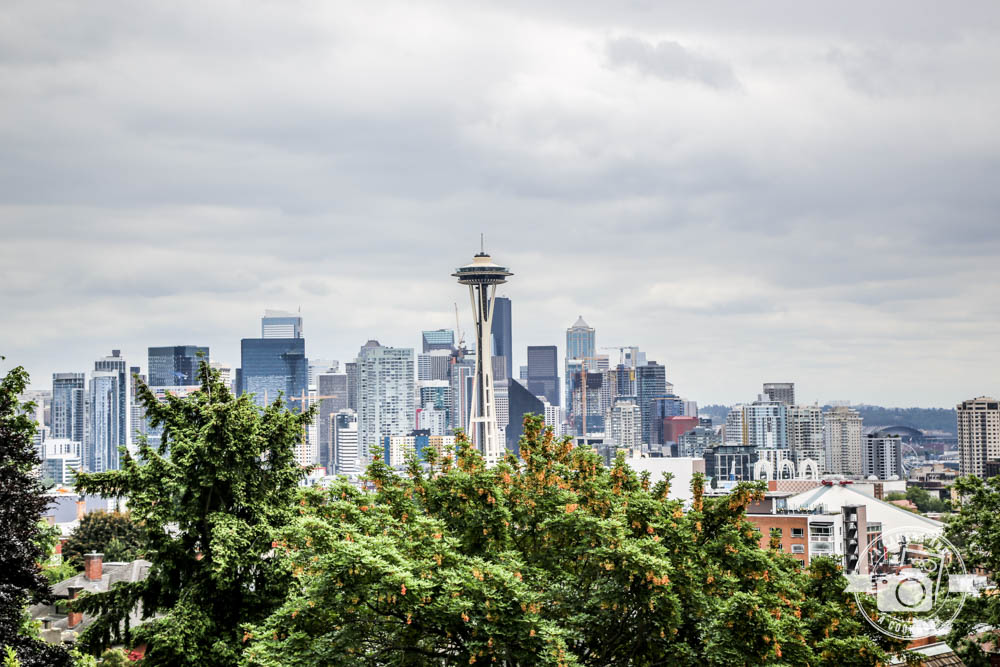 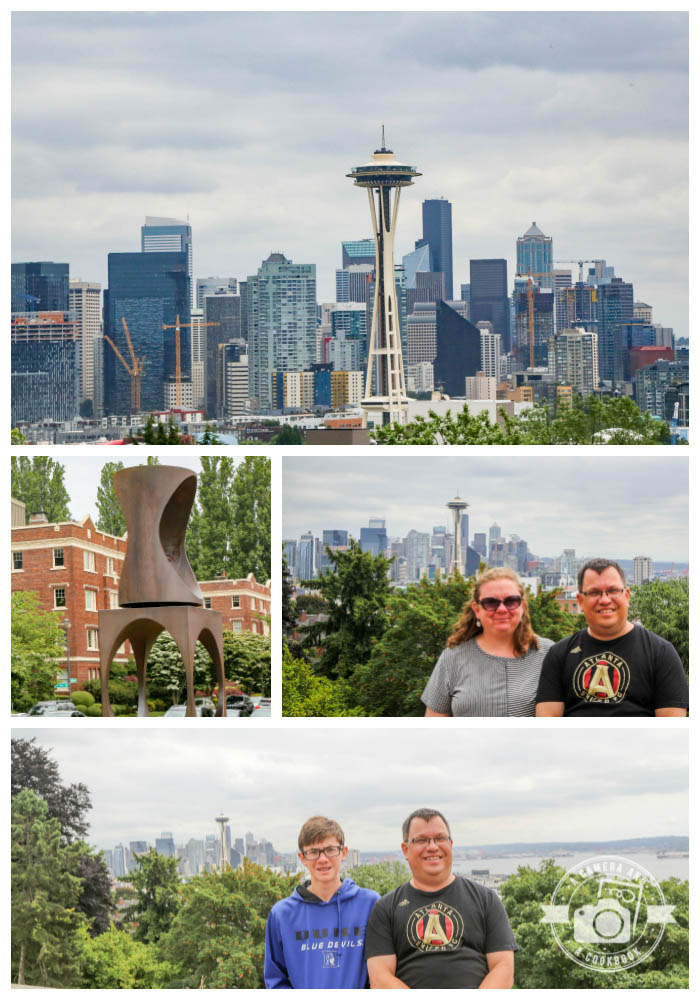 Just down the street from Kerry Park is a beautiful area called Parsons Gardens. The entrance is what caught my eye immediately. Walking through it is well worth it to see lush trees and colorful flowers. 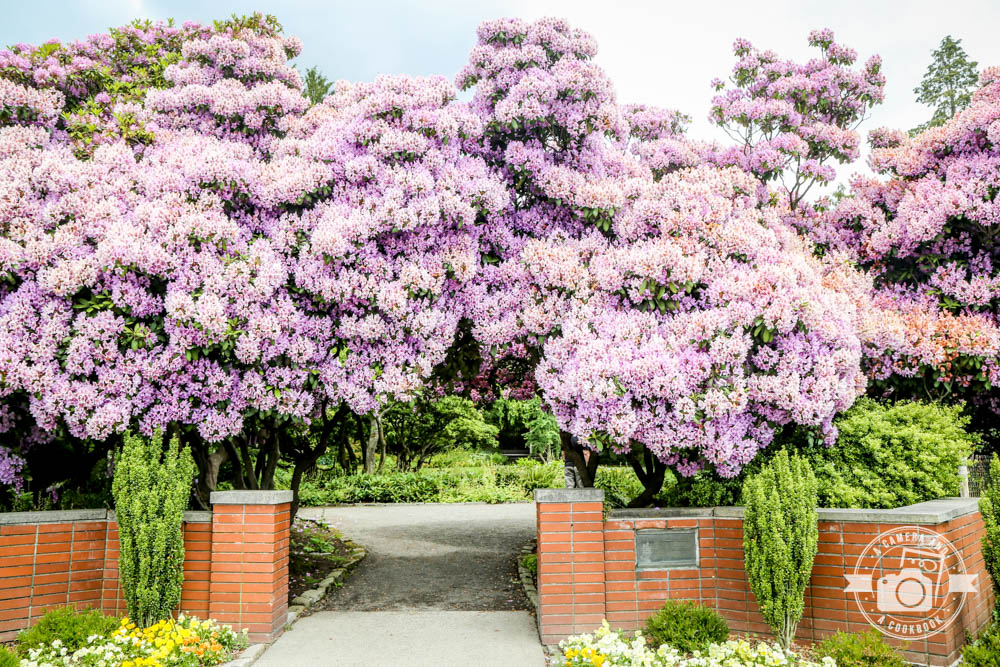 Being that Rob was in Seattle for a conference, which started that evening, his coworker was arriving and we had to go pick him up at the airport. We went and picked him up and then we headed to our hotel that we would be at for the next few days.
University Inn
4140 Roosevelt Way NE
Seattle, WA, 98105 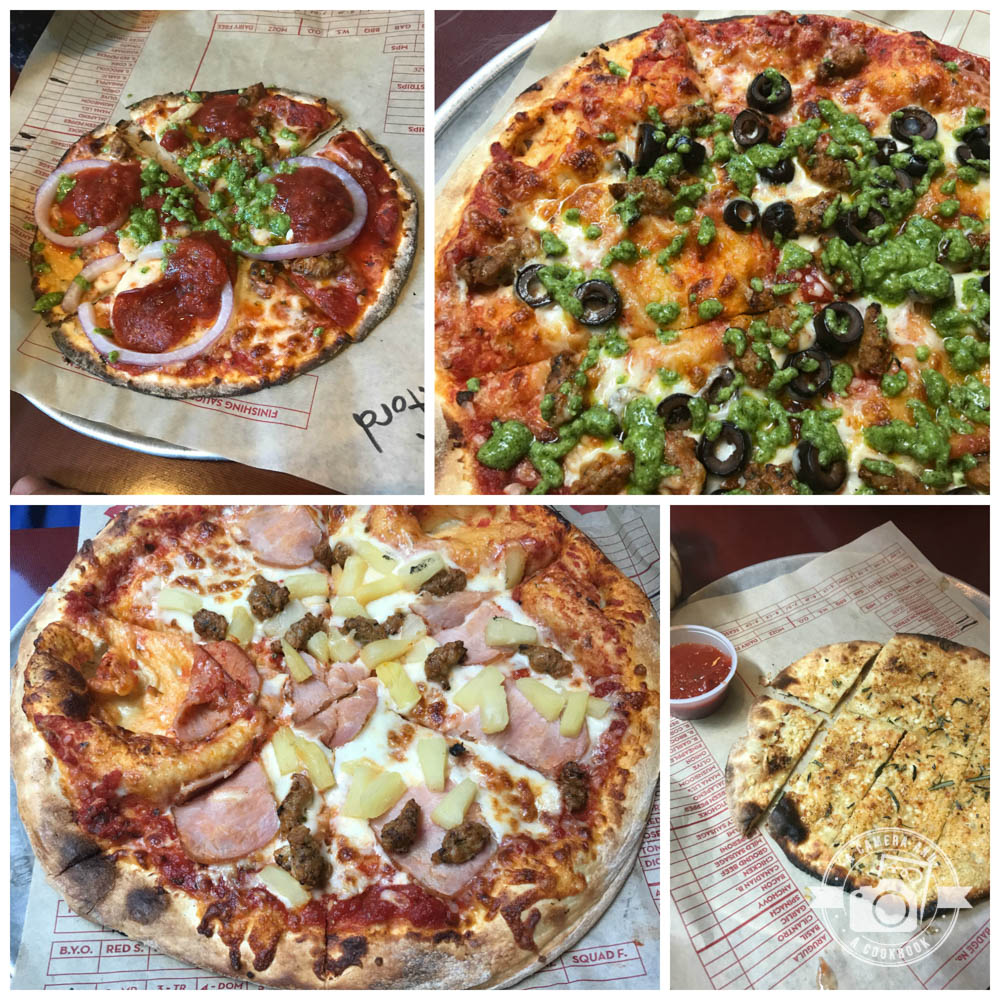 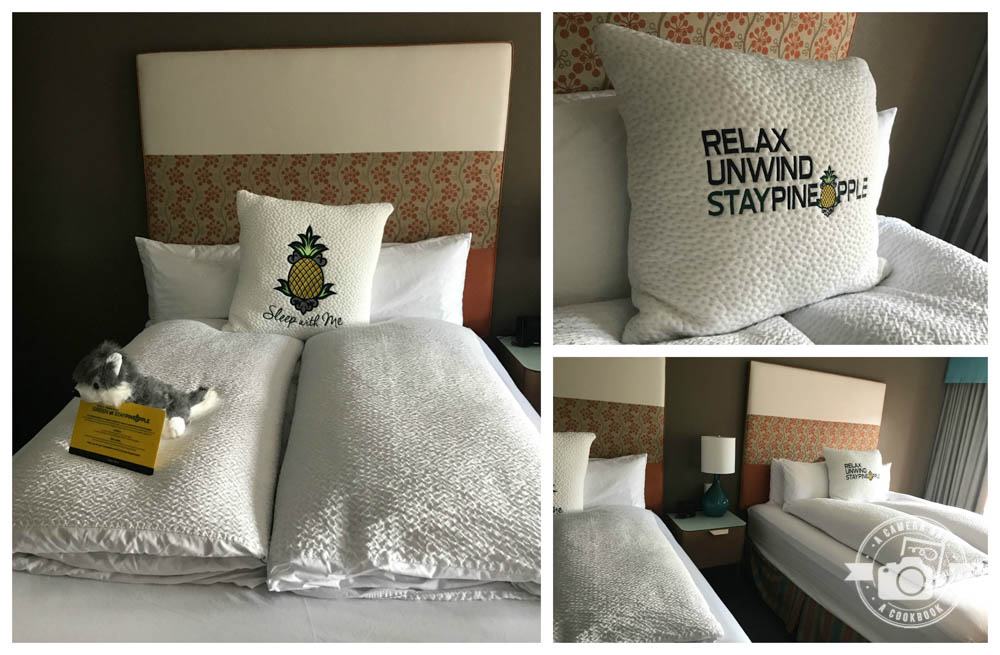 That evening Rob and his coworker had to attend the meet and greet for their conference. Alex and I went along. It was at a different hotel that we walked through the campus of University of Washington to get to.
Silver Cloud Hotel
Seattle – University District
5036 25th Avenue NE
Seattle, WA 98105

UW is so beautiful. Here’s a few pics I snapped as we walked to the meet and greet. 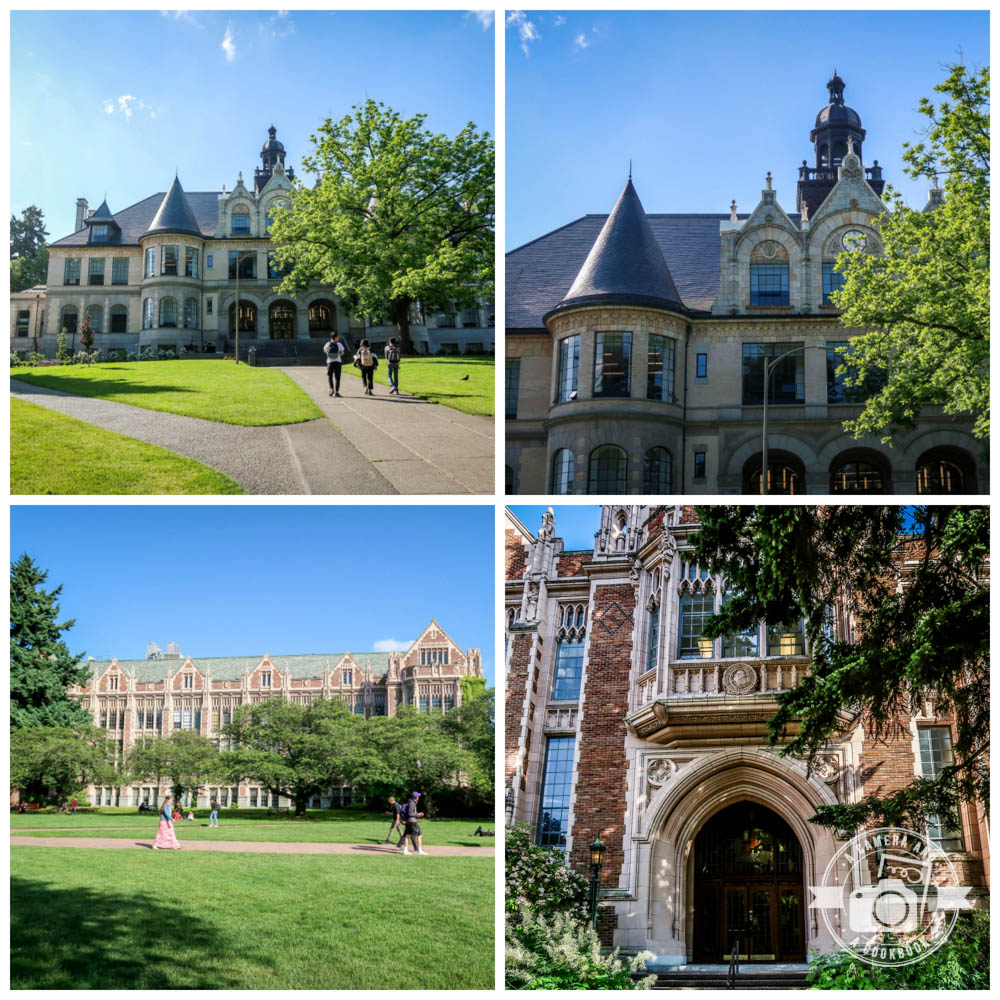 After the meet and greet, we took an Uber back to the hotel. We went to the store to get some drinks and snacks. Then, came back and relaxed a bit before our heads hit the pillow for the night.