A few weeks ago, we were near Gadsden, Al looking for something to do, so I went old fashion and pulled out the atlas. I found a place called Noccalula Falls and wondered what that was, so we pulled out our phones and Googled it, where we found this link: Noccalula Falls Park 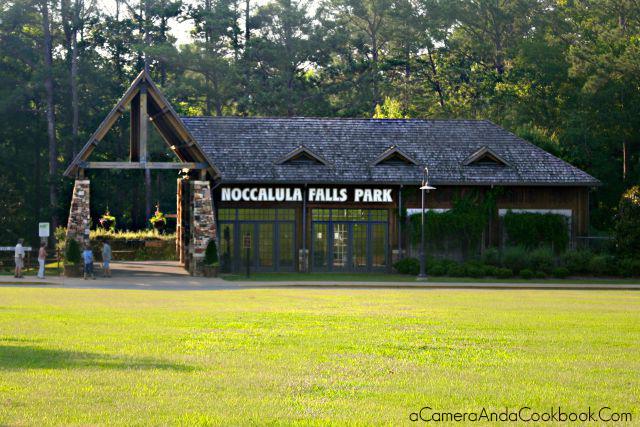 We decided to head that way and check it out. If you view the falls from the top, it’s free. However, I highly recommend paying the park fee to go inside the park.

When you enter the park, you’ll see the Pioneer Homestead which is comprised of several historic structures, which was added to the Alabama Register of Landmarks and Heritage in 1974. 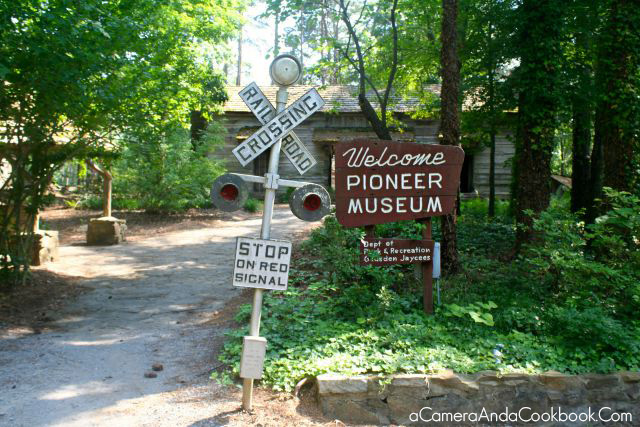 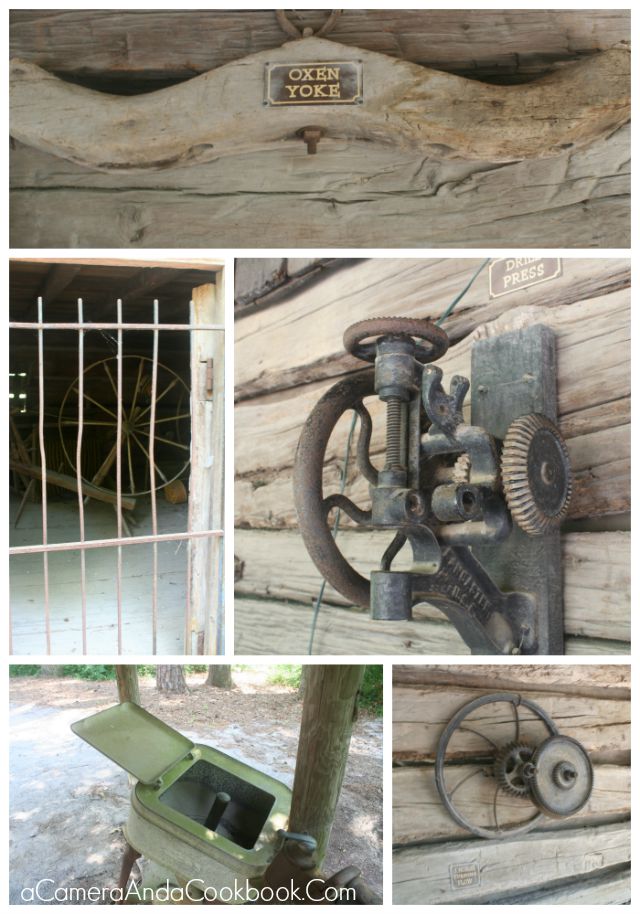 We enjoyed looking at the old buildings and antique equipment. However, we would have been able to get more out of it if there were some placards with a little background about the purpose of each building. 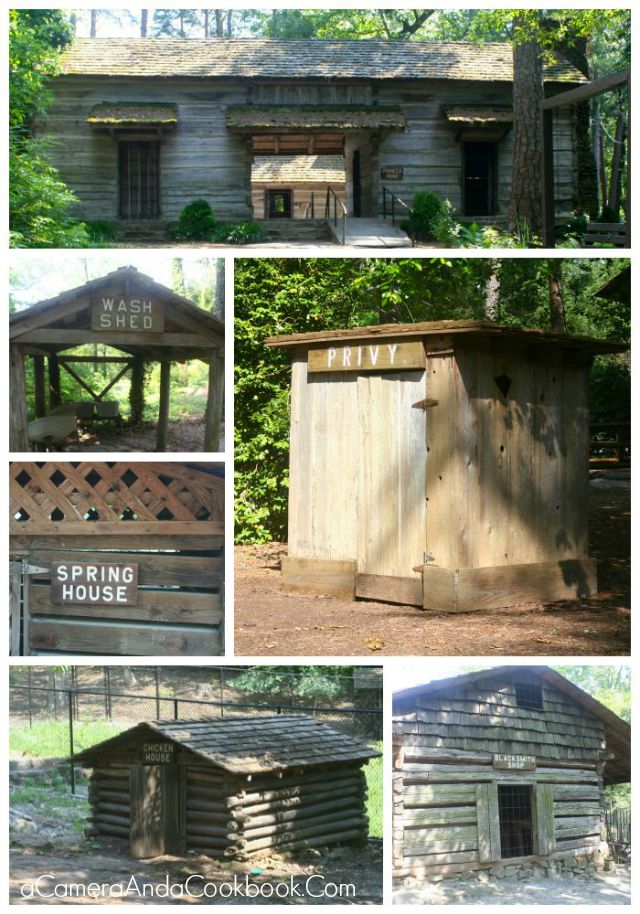 As we were finishing up looking around the old buildings, a man approached us asking if I had my camera. I reluctantly said yes and proceeded to tell us about a deer that was over on the other side of the railroad tracks. We quickly made our way over and found this deer accosting a family who was trying to enjoy a picnic. They ended up having to get up and move away. 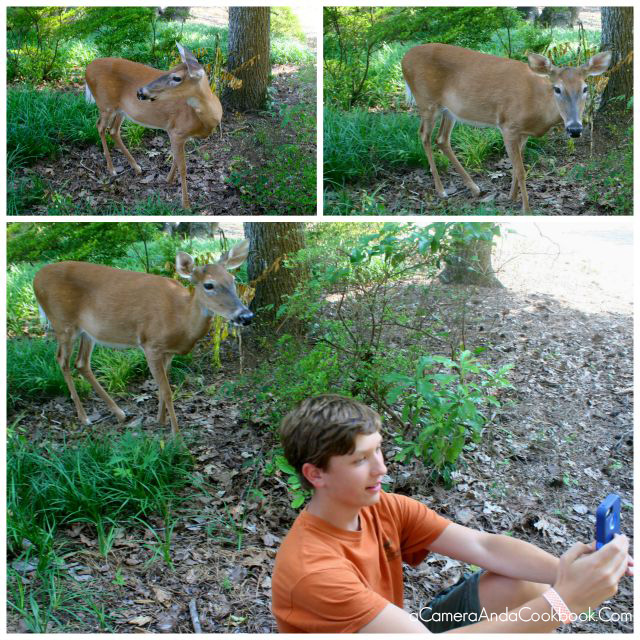 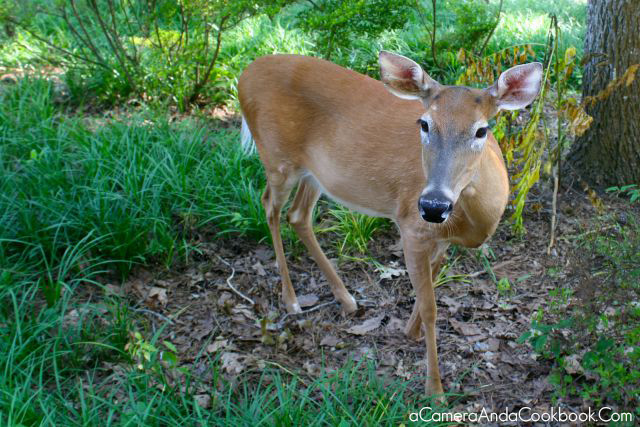 We stayed near the deer, taking pictures and petting it. Drew managed to get a selfie, too. 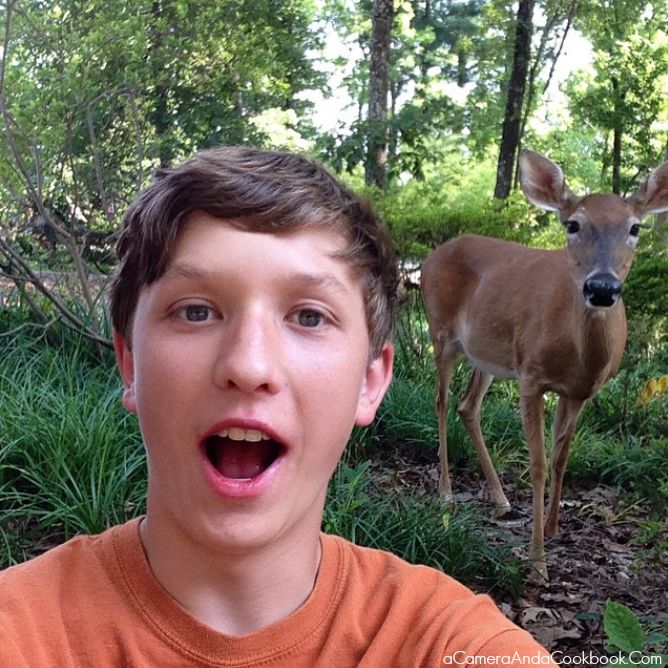 Once we told the deer goodbye we hiked over to the entrance of the falls. These pictures do not do this place justice. This place is one of the most amazing places I’ve ever seen. 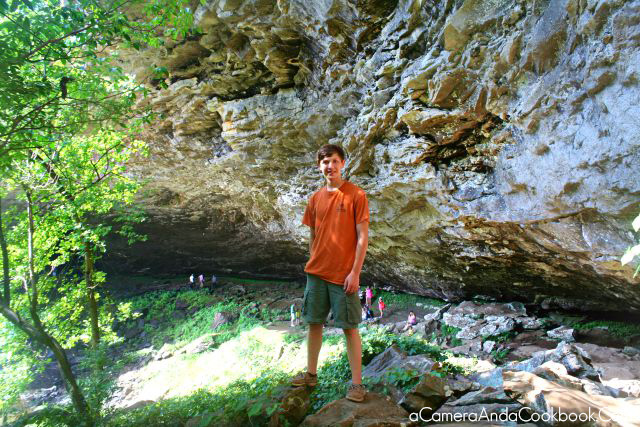 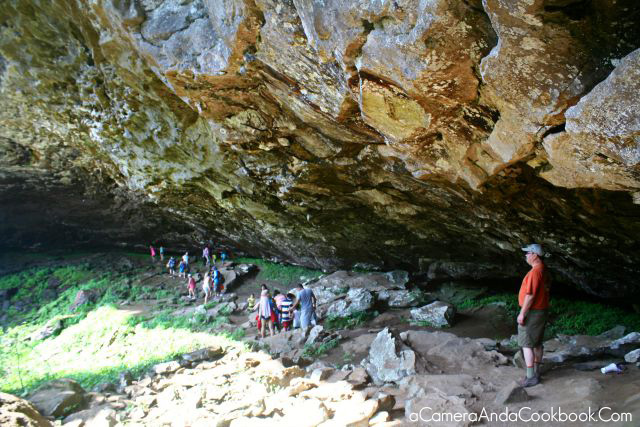 After hiking a little ways along rocky walls, you see the amazing rock canopy where the falls drop 90 feet. 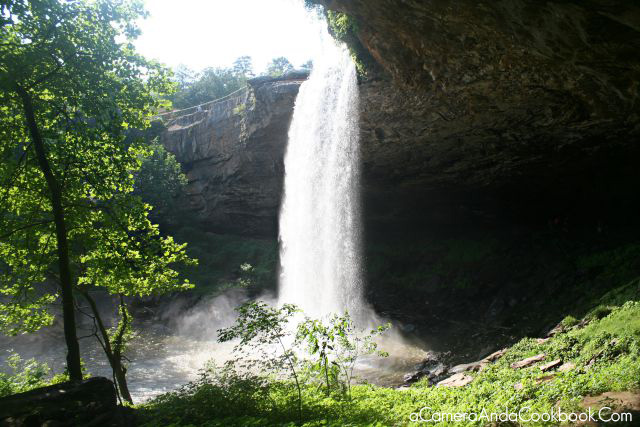 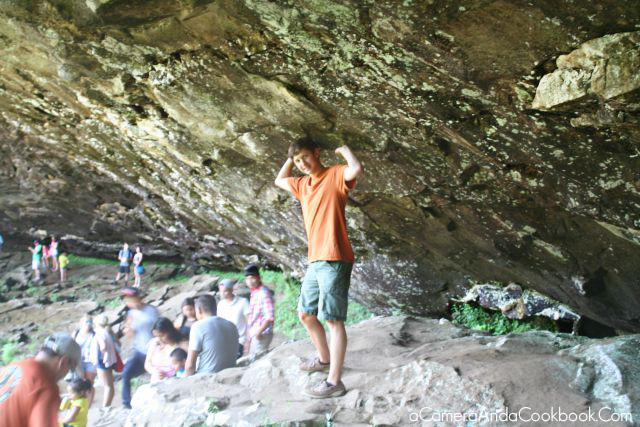 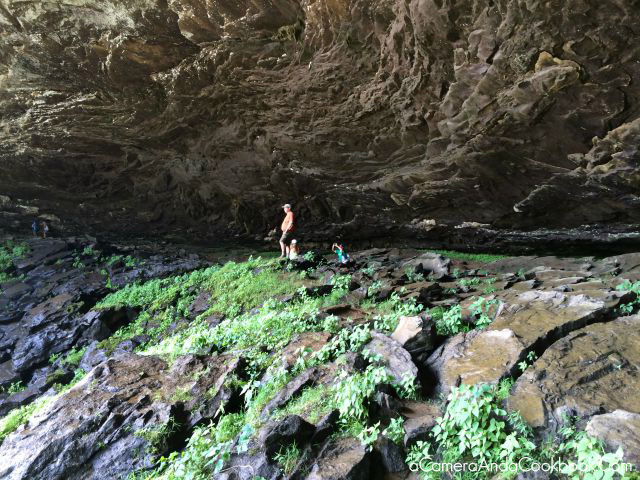 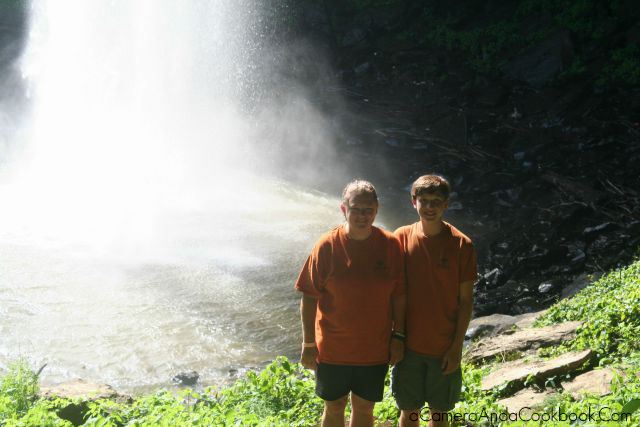 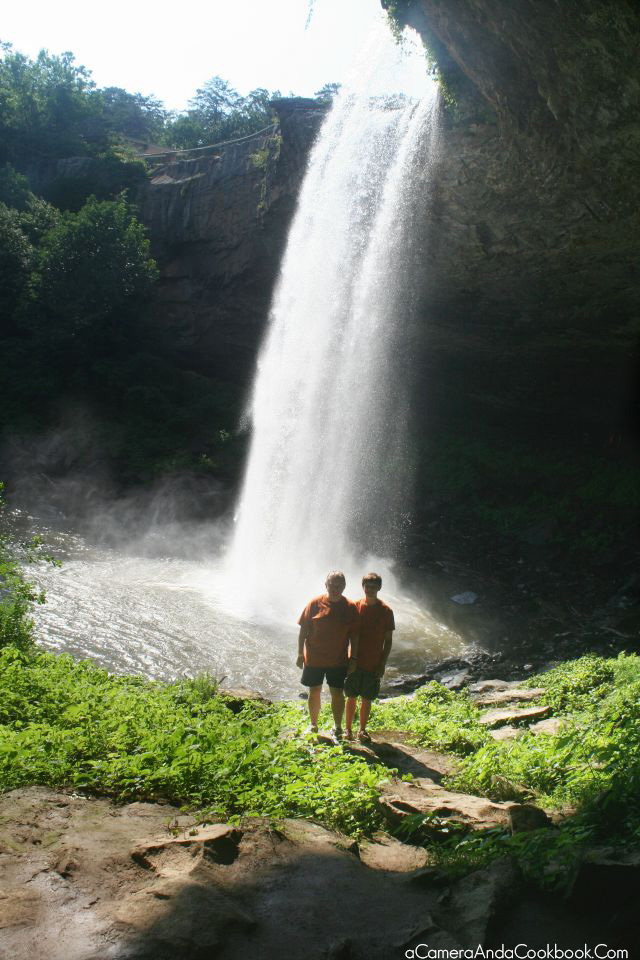 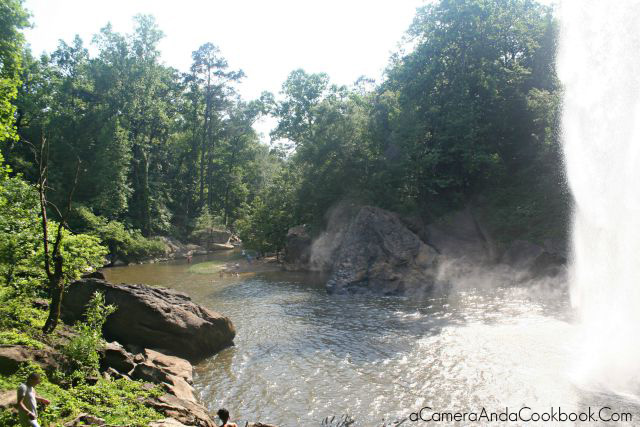 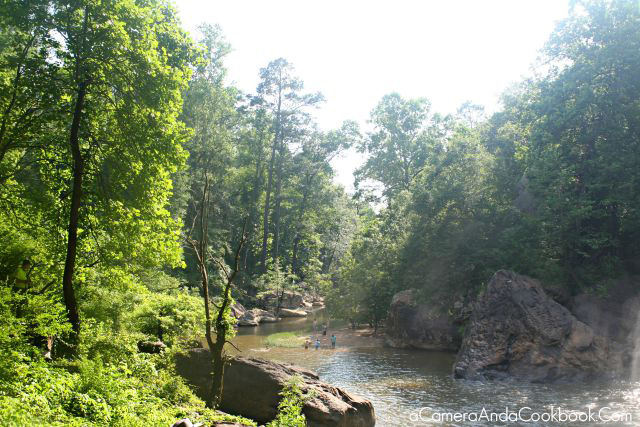 We walked along the rocky ridge wall up under the natural bridge. It was quite slippery and rocky, so we had to take our time going to the other side. Here’s a few pictures from the far side. 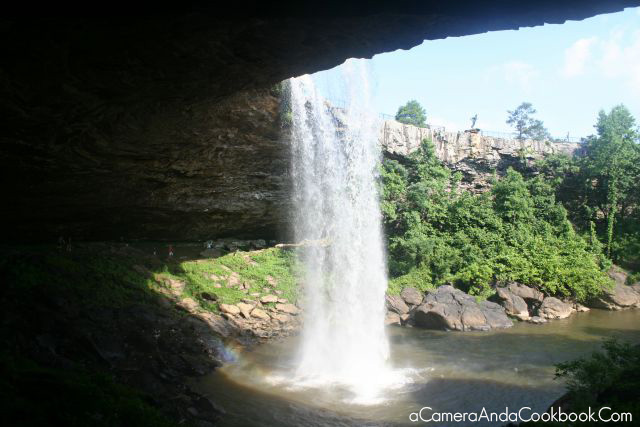 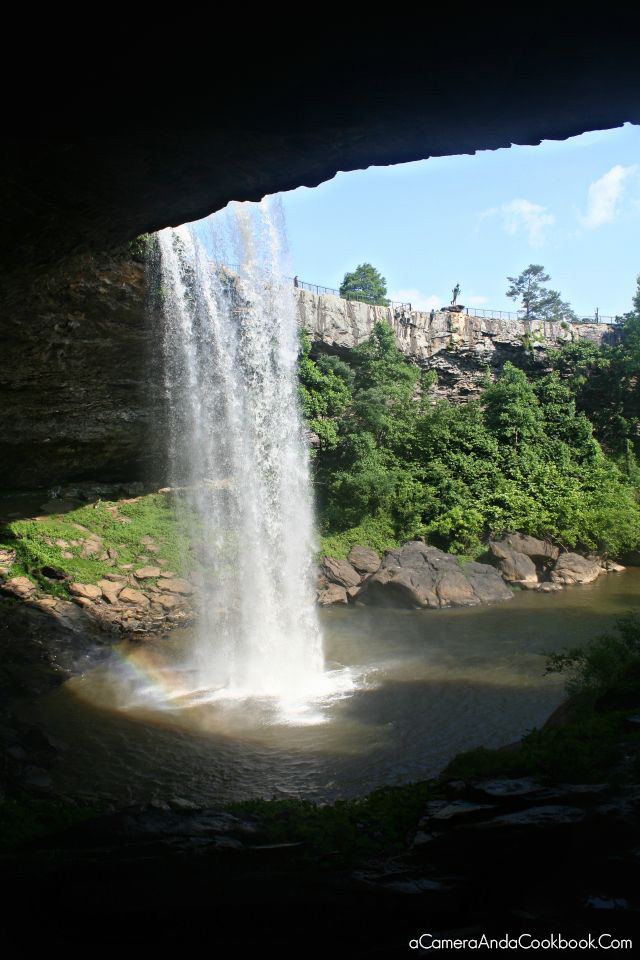 On the way out of the falls area, I ended up slipping and landing quite hard on my tail, but didn’t break anything. Drew decided to get way ahead of us so he could doe some bouldering. As we walked along the path, I could hear him calling me. I looked up to see him looking down at me. 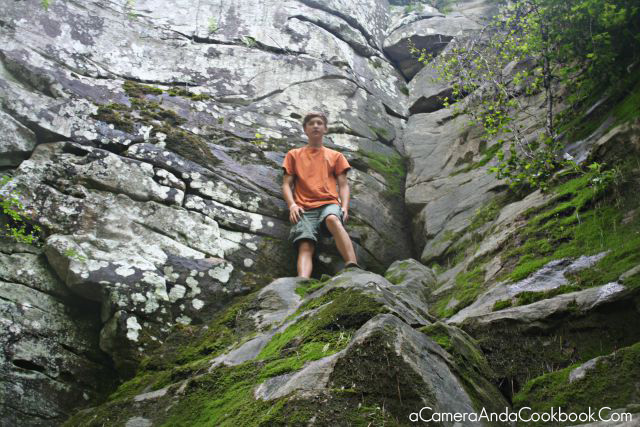 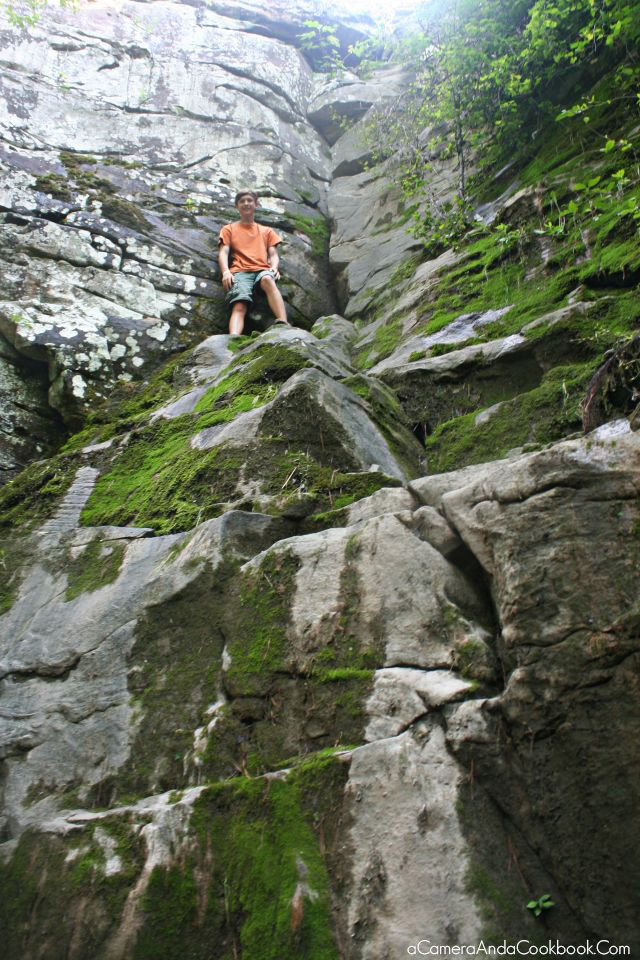 A trip to Noccalula Falls Park is not complete without checking out the friendly animals at the petting zoo, as well as riding the little train. 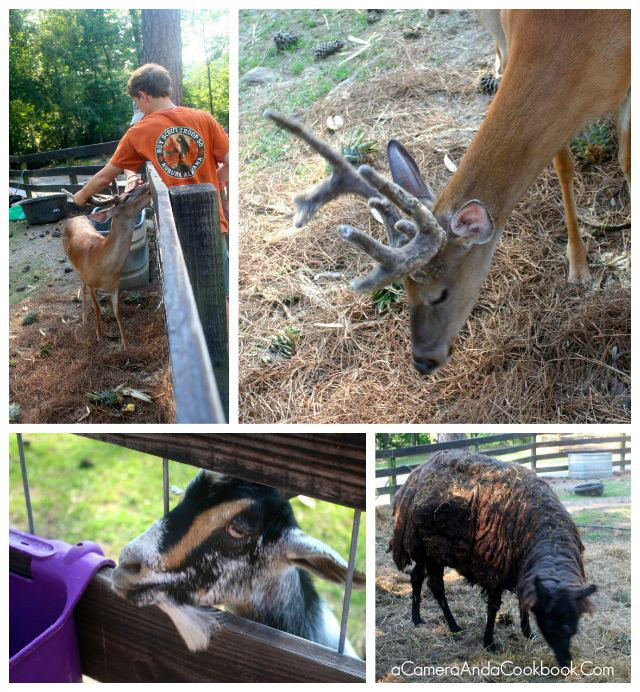 After leaving the park, we drove around to the top of the Falls. This is the part you can see for free. Here you can read about the the Legend of Noccalula and see her statue. 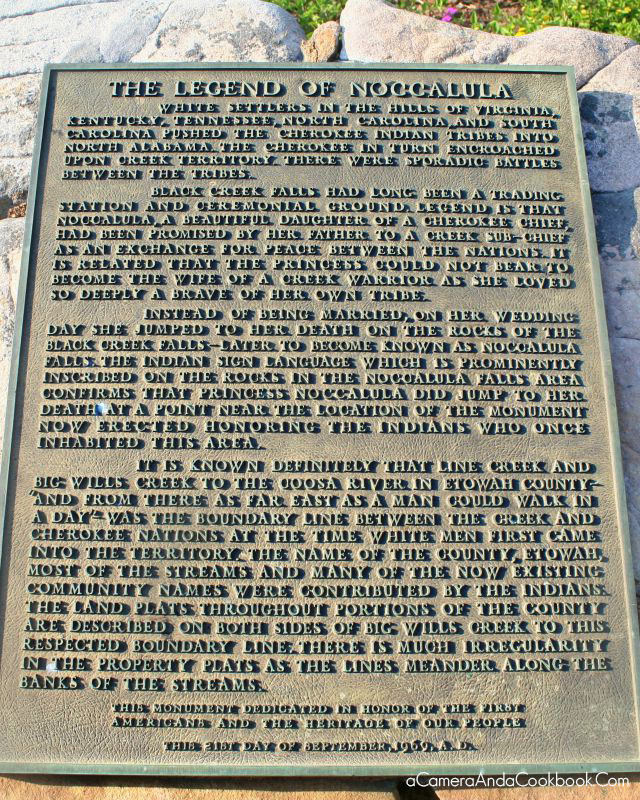 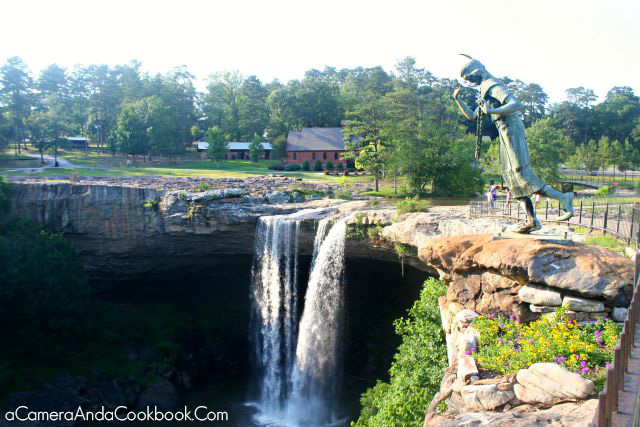 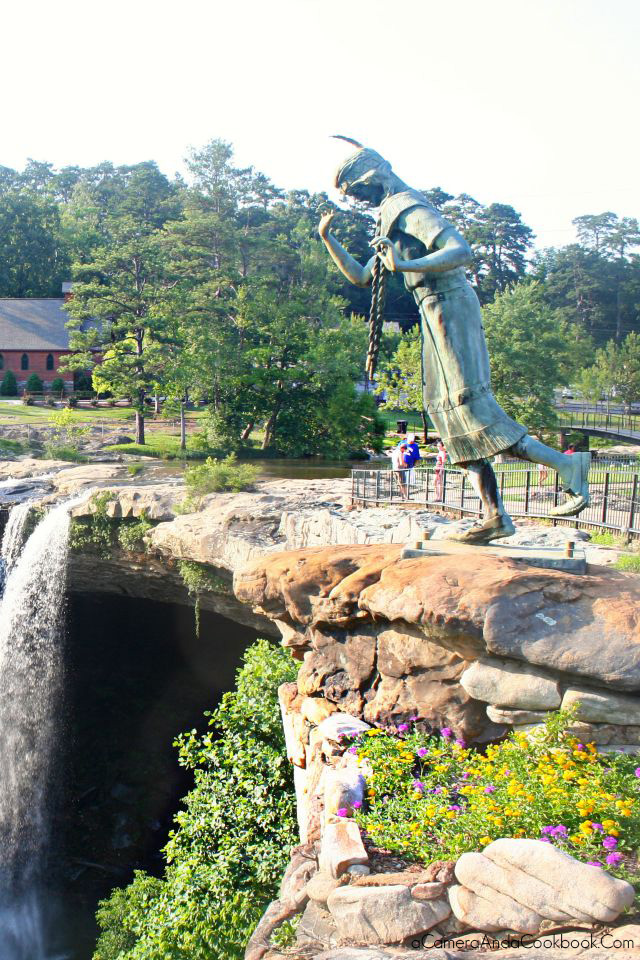 The geese found this to by their happy place. 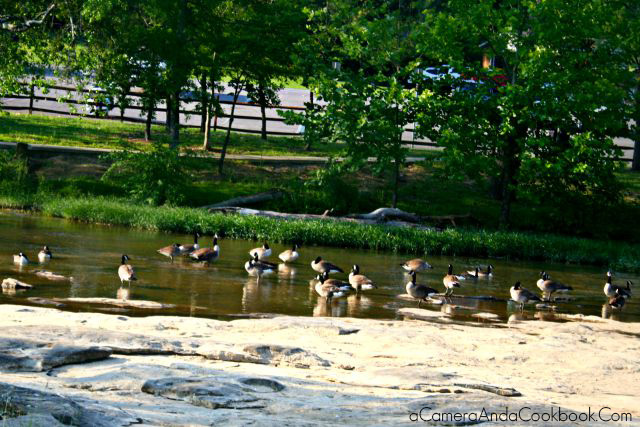 Noccalula Falls Park is a great place to spend the afternoon. Alabama is such a beautiful state and has so much to offer. Noccalula Falls is a hidden gem, that cannot be ignored!