Last Sunday our Boy Scout Troop met in person for a the only Court of Honor we’ve had this year. Thanks, COVID!

Alex has been the SPL (Senior Patrol Leader – boy leader in charge of entire troop) for the last year. Typically our troop has elections every 6 months, but due to COVID the term for that group of leaders was extended.

The troop voted on a new slate of leaders a couple weeks ago. Alex is happy to not be in the leadership core now. Ready for a break.

Discussing the ceremony. Alex is modeling in perfect form how so many folks during this Pandemic have worn their mask incorrectly. 😉 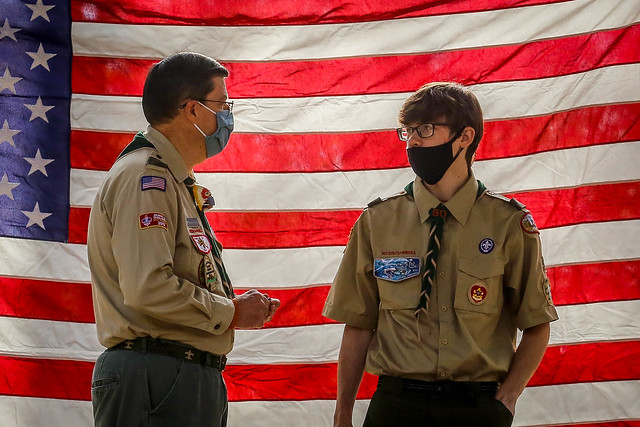 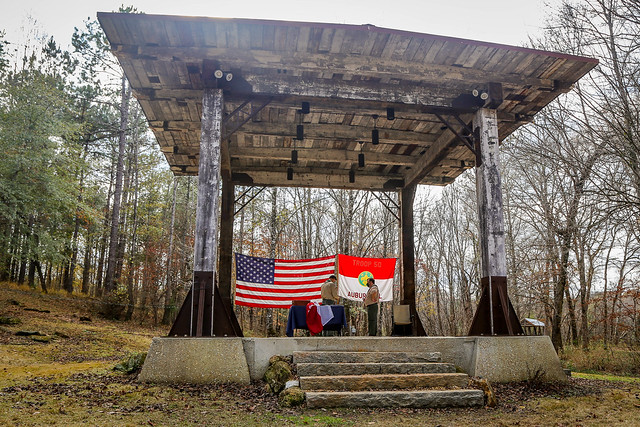 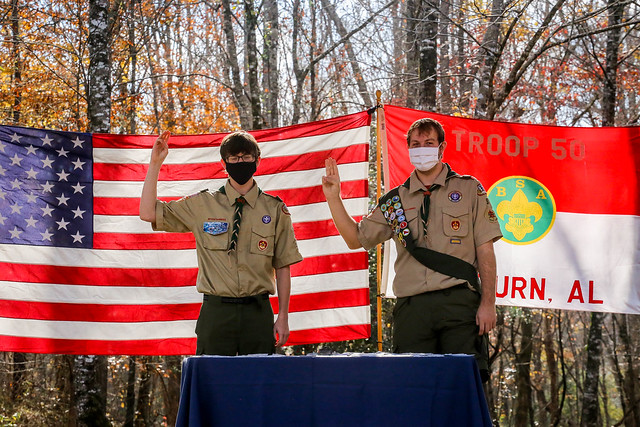 As new merit badges and rank patches were handed out the boys gave fist pumps instead of handshakes. 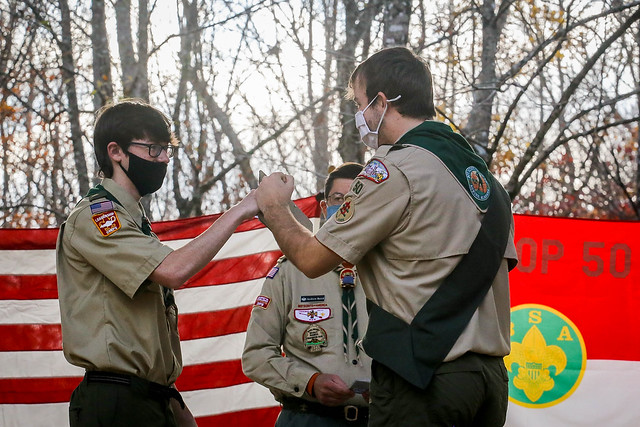 With every outgoing SPL, Mr. B (the Scoutmaster) hand carves a Native American head neckerchief. Our older son, Drew, was also SPL 2 consecutive times. Alex is the first younger brother of a previous SPL, so Mr. B turned the head the other direction. He also made a mask for him, which was such a clever idea. 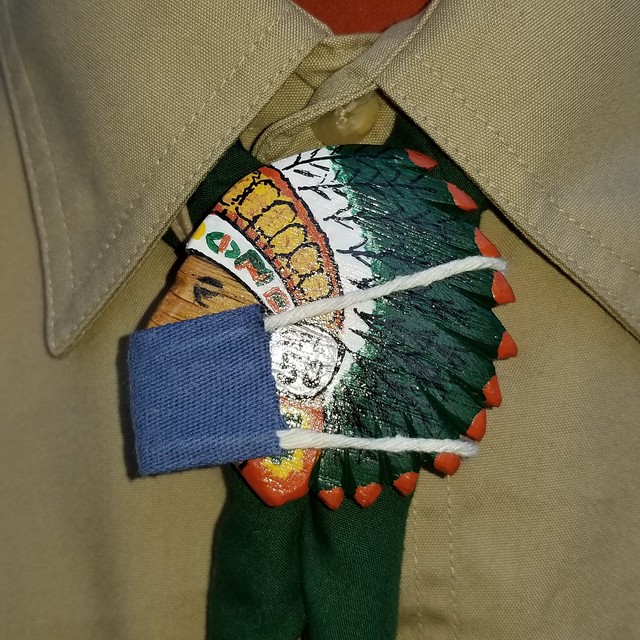 The boys always ‘want’ to give Mr. B a hug when he presents them with something. Mr. B is not a hugger. It’s an ongoing joke. 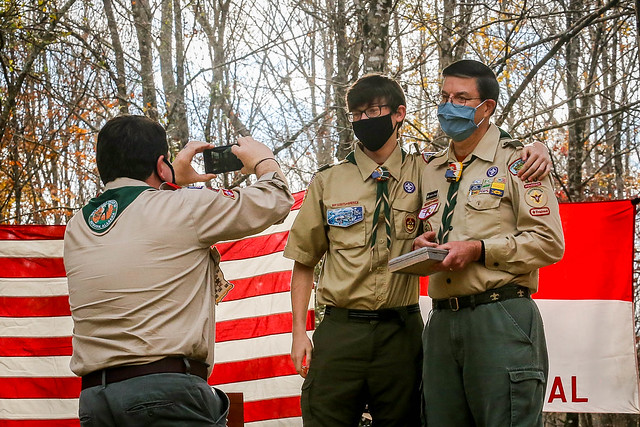 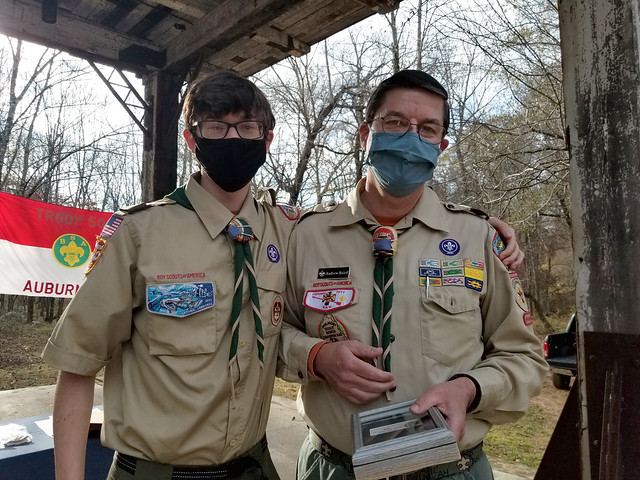 Getting ready for Dirty Santa 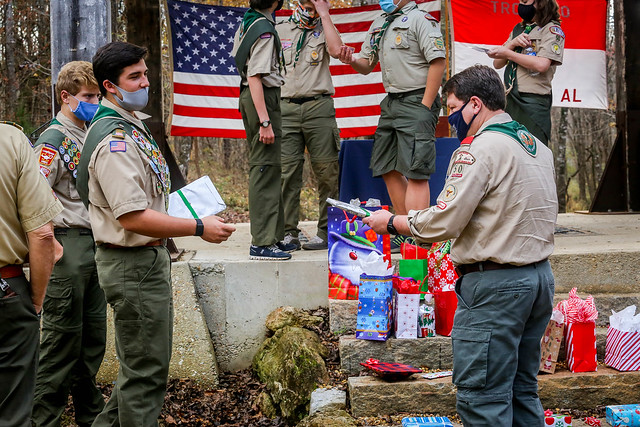 This year we had Alex go out and purchase his own Dirty Santa gift. (Rules for Dirty Santa) For the Scout’s Dirty Santa, they can bring something Scout related, fun or practical. Alex decided to give 2 boxes of Strawberry Icing Covered Poptarts along with $5. This is an ‘inside joke’ because many of the patrols often choose to get these for an easy, no mess breakfast during camp outs. 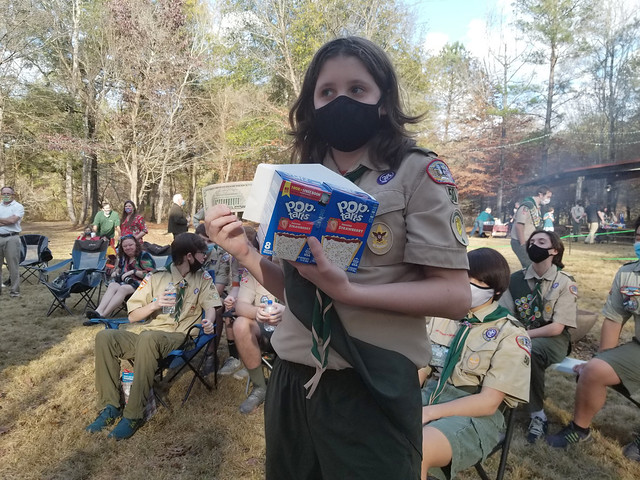 Typically we have food, but again…COVID. We had prepackaged cookies, smores and hot chocolate.