Last week, Teenager was away at his first camp of the summer. We dropped him off on Sunday at Camp Jamison which is part of Camp Bert Adams, the wilderness part of the camp. This camp was NYLT, which stands for National Youth Leadership Training.

This was such a great experience for Teenager. He came back with knowledge to lead, growth from his experiences, and friendships to last a lifetime. The first 2 days it monsooned. On our way home after picking him up Friday night, he told us stories of his group moping around, and how even though he was ready to go home and call it quits, he brought his group together in prayer. He reminded them that God is doing this for a reason, not to make them miserable, or to worsen their homesickness. He told them that in life, they will have to battle many storms, and someday they’ll look back at this storm and realize it was nothing compared to what grown-up life can bring. He said the last day each group voted who would get to bring home the Team flag. He was surprised to find out, he was the one voted by his peers in his team to take the flag home. What an honor! 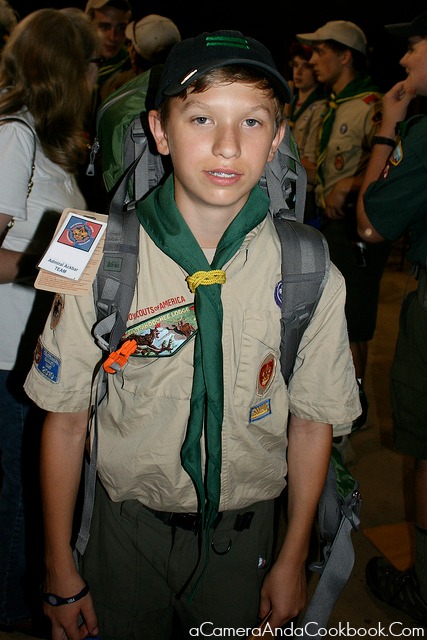 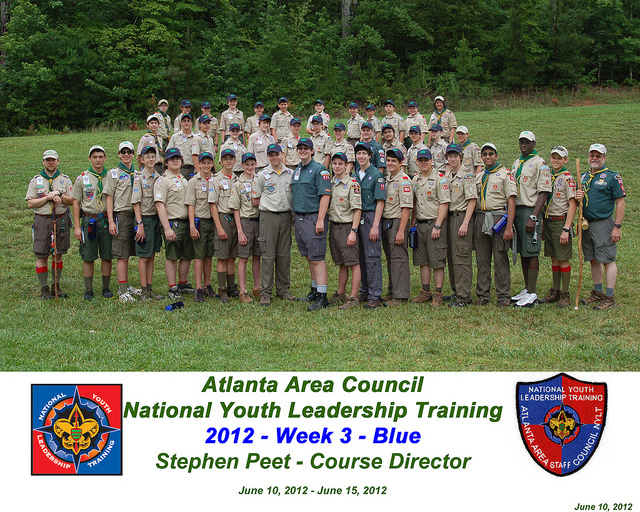 Here he is with the 3 other guys that attended from his troop. 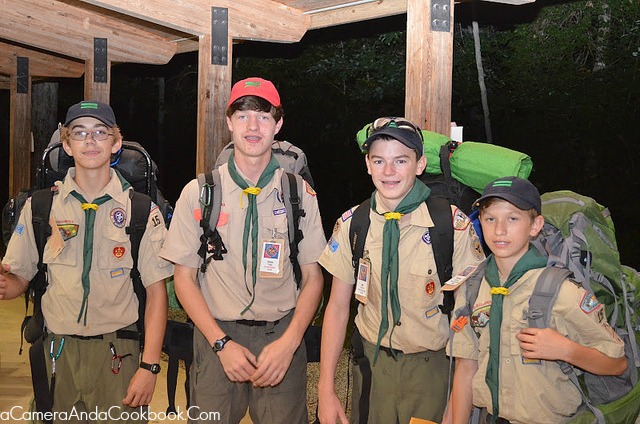 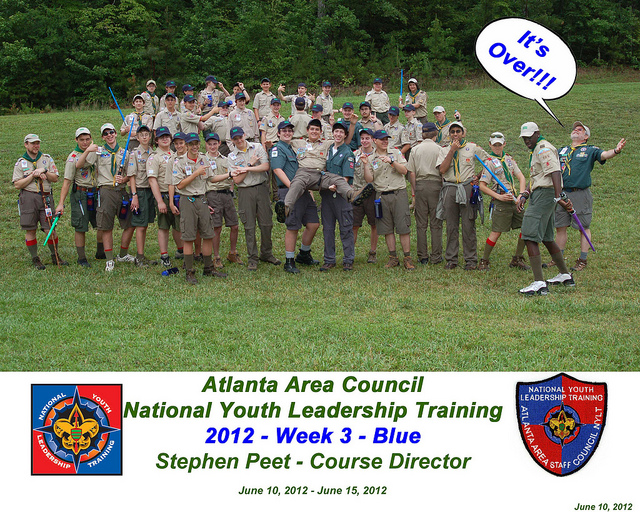 An informational video about NYLT