Well, I was trying to think what came after the wedding and well it was pretty much a baby! I found out I was pregnant at 5 months!! I was on the bc pill and just had no idea until I started feeling movement and my tummy was getting big and hard. Yes, it was quite scary. Twenty-two, newly married, in college, and pregnant! It definitely could have been worse. I do realize that, but calling the family to let them know that we were expecting was pretty nerve-racking. Everyone approved and it’s not like anything was going to change, if they didn’t. My grandparents were in disbelief and I only know that because they said they weren’t going to tell anyone. I’m like well, if you don’t hurry up, I’ll have the baby and they won’t know. Others were upset, but even though they didn’t vocalize it. I could hear the disappointment in my mom’s voice. Later I found out that she didn’t think I’d go back to college after taking off a quarter to have the baby. I also heard later that family friends told my Grandparents, I would end up being an uneducated, stay-at-home barefooted and pregnant mom! That just fueled my desire to go back to school and finish. 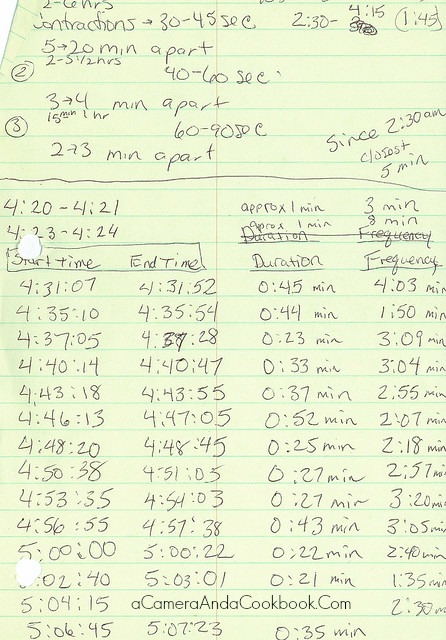 As for labor, it was pretty much textbook.

What wasn’t textbook, was that he was 8 lbs. 14 oz.! We were quite shocked. Other than that we couldn’t get him to breastfeed, so much to my dismay we had to stay in the hospital an extra day. He had just lost too much weight and they wanted to make sure he could start gaining weight and that he was going to continue eating. Things I wish someone had told me is that breastfeeding does not come naturally. It takes hard work, persistence, and staunch support from your husband. 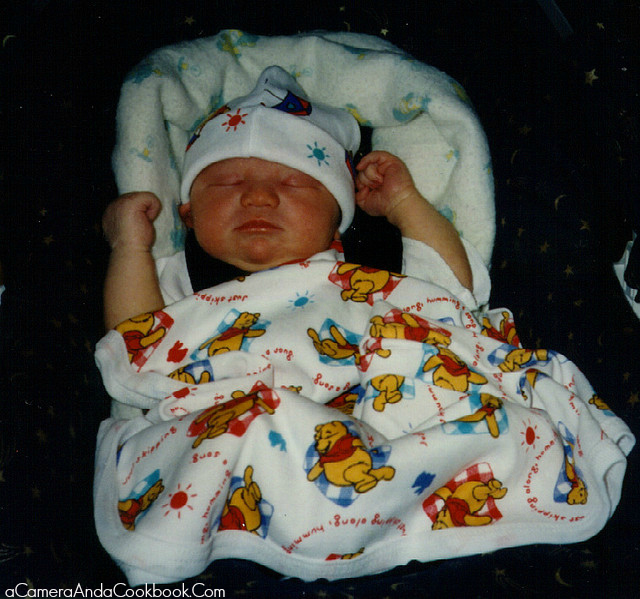 My Grandmother and Rob’s mother were at our house the first night we came home. It was a good thing, because after coming home, it was pure hell. Drew wouldn’t latch and acted like he could have cared less. As if I wasn’t already a ball of emotions after giving birth and staying at the hospital longer than expected, now I had to worry that when we went in for our weigh-in that he would have lost weight and he’d have to go back into the hospital. I remember making a dreaded phone call to the hospital nursery the first night at home to try and get some support. I took their advice, which was to be in a dimly lit room with just me and the baby and relax. It was amazing. It was almost as if he was a different newborn.

After about 2 months, it was time to go back to school for the spring quarter. Drew slept through the night preceding my first day back. It was such a gift. Since Drew was such a good baby it was easy for me to get my work done and I remember feeding him while reading my assignments out loud to him. I’m sure he enjoyed hearing all about Taking Sides: Clashing Views on Controversial Educational Issues! Never too young to start reading to your baby regardless of how complicated or boring it is, right?