Over the Memorial Day weekend, we continued our tradition of going up to the lake with our friends. Last year they added boat riding and tubing to the fun. This year they got water skis. Drew tried water skiing a couple years ago with some other friends, but was limited to just a few tries, none of which were successful. He was anxious to try it again.

Joe’s Dad, Ben, gave Drew some advise about what to do. However, Drew’s 1st attempt was short lived as you can see from this picture. 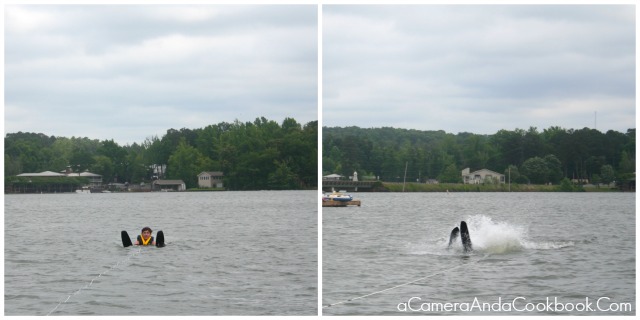 The 2nd attempt was more of a success. He made it about half way up before it ended in another huge splash. 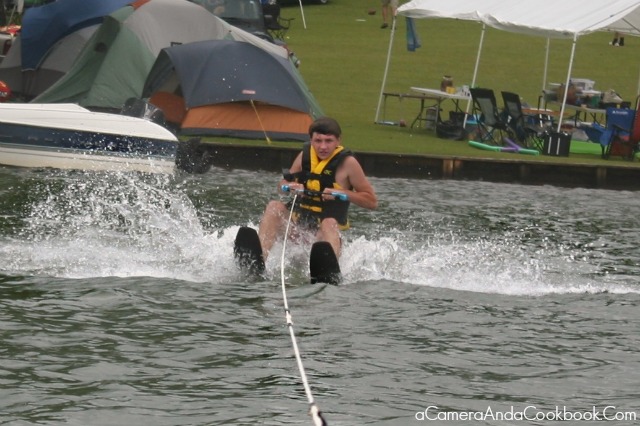 Ben was quite patient with Drew and continued to point out that he needed to let the rope and the boat pull him up and out of the water. Drew’s biggest issue was that he was trying to pull himself up, causing slack in the rope, which caused him to fall. 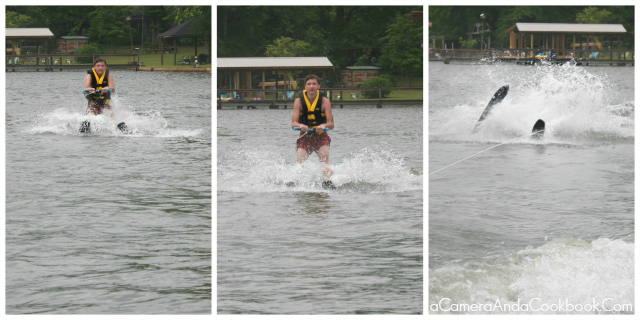 On the 4th or 5th try, Drew finally got it and was able to ski for a good while, before hitting a strong wake and biting the or water again. 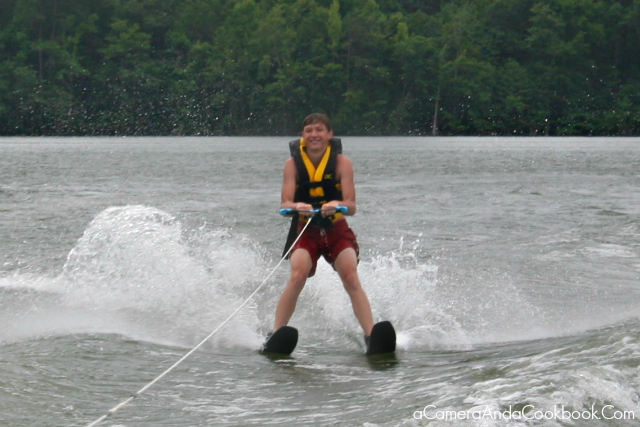 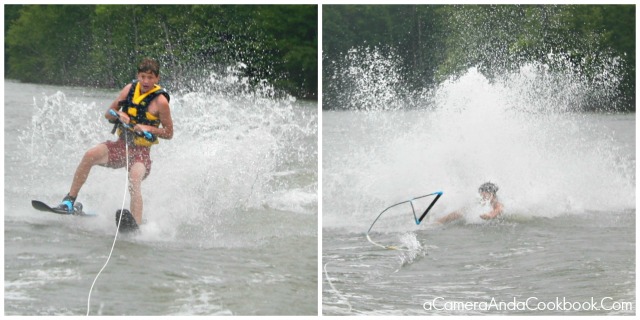 Drew was having a blast, but knew that Joe was ready to show off his skills on the water. Joe was up on the 1st try. A few minutes later, he was giving the sign he was ready to head back to the dock. 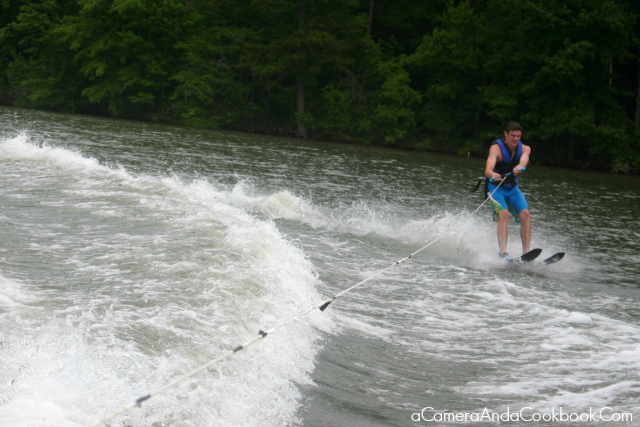 Joe didn’t fall here, but he purposely let go of the rope which made for a really cool shot.

Later that afternoon the guys were ready to pop the skis back on for some more fun. I enjoyed watching them from land, as I laid back in a lounge chair with a cold drink, but still managing to get a couple good shots of both of them. 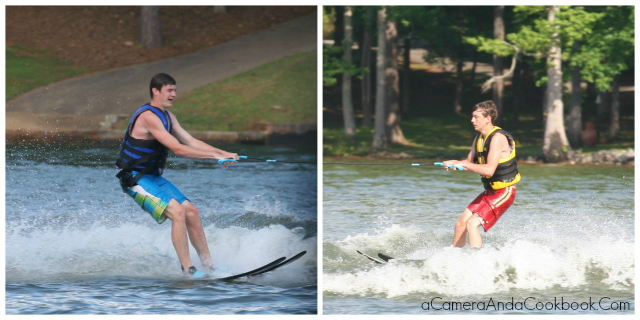 Look for a post next week about the rest of our Memorial Weekend. In the meantime, here’s all the pics I took from the weekend.