I’m late getting my weekly post up, but it’s been a crazy weekend and this week hasn’t really slowed down either. But here it is!
PICS 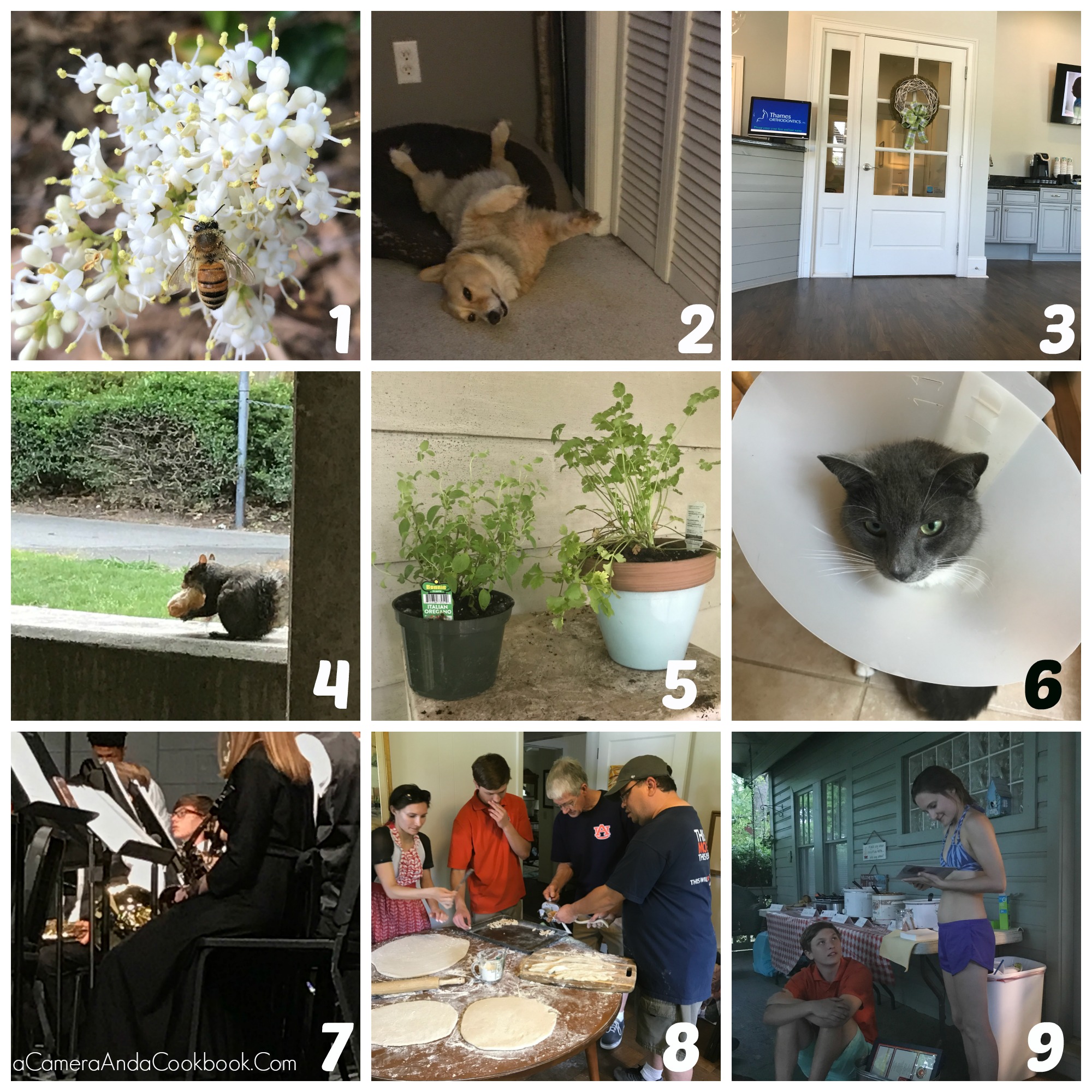 1: Last Sunday, I was outside and noticed this little one flying around. I’m amazed at the pics an iPhone gets sometimes.
2: Daisy cracks me up the way she lays half in half out of her bed.
3: Alex had an orthodontist appointment. Their new building is so pretty.
4: One day last week I got out of my car in the parking deck and work. I looked over and saw this squirrel chowing down on what looks to be an apple.
5: My herb obsession continues. I got more cilantro (since my first plant died) as well as some lavendar, and some Cinnamon Basil (not pictured). I also got a strawberry plant.
6: Katniss was acting strangely early last week, not eating, so I took her to the vet. She had a large laceration across her tongue. She ended up having surgery to ensure she didn’t lose part of her tongue. She’s having to wear the cone of shame. You can see she’s thrilled.
7: Alex had his end of the year band concert. I actually caught a few glimpses of him during the concert, which usually we can’t see him at all because he’s in the middle of everything.
8: Saturdays was Drew’s girlfriend’s graduation party. We made our homemade pasta. Here you see her and her grandparents helping make it along with Rob giving them instructions.
9: At the end of the party, Alyssa opened her gifts and thanked everyone for being there.

GOINGS ON I’m sure I’m forgetting something, but right now I think I covered everything with my picture explanations.

THOUGHTS
I’m still recovering from such a weekend.