After Rob and I got home Monday, we had a quick turn around to get ready to hop in the car and drive 7 hours down to Tampa for Thanksgiving. We had originally thought we’d stop part of the way and get a hotel, but we ended up driving all the way. We got in around 2am.

Wednesday we hung out with Grandma, Grandpa, and Cousin Tara. We had lunch at a yummy restaurant and then, went to Linda’s house to see her farm. Thanksgiving Day we didn’t have the traditional turkey and dressing. We instead had homemade pasta. Before we left Frida, we took a few shots with Grandma and Grandpa. 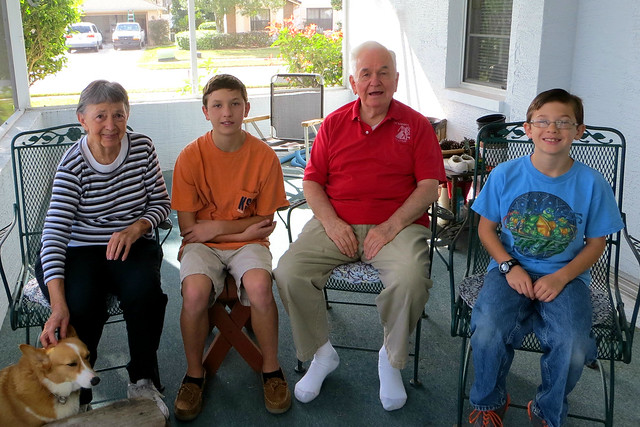 Drew’s high school made it into the Semi-final football game which was being played in Mobile, AL. When we left Grandma’s, we had about 7 hour drive to the game. Here’s a pic as we went over the Mobile Bay just before arriving at the game. It was really, really cold, but a great game that AHS ended up stopping the other team to win the game in the last few seconds. They get to play for the state championship next Friday!