Today we’re continuing with our travel posts from St. Louis.

The 2nd day, Rob headed out to his conference. I lingered in the hotel room trying to figure out what exactly I was going to do that day. I decided to explore the area by foot. We stayed at the Downtown St. Louis Marriot Grand, which is a great location only about a about a half mile to the Gateway Arch National Park. 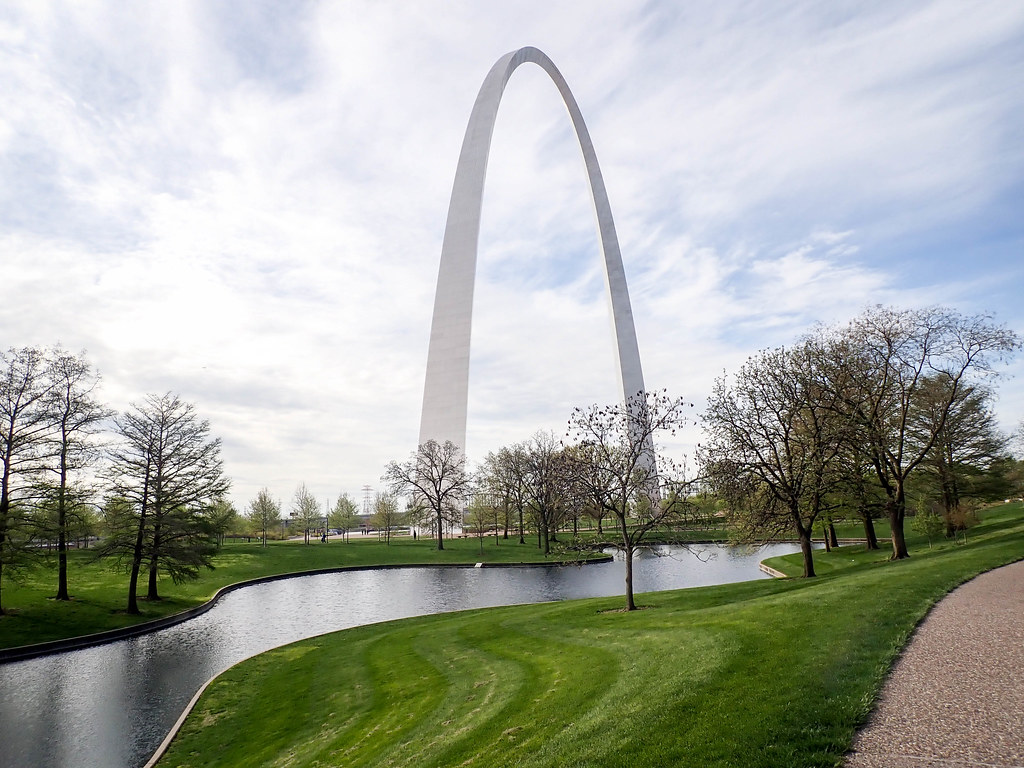 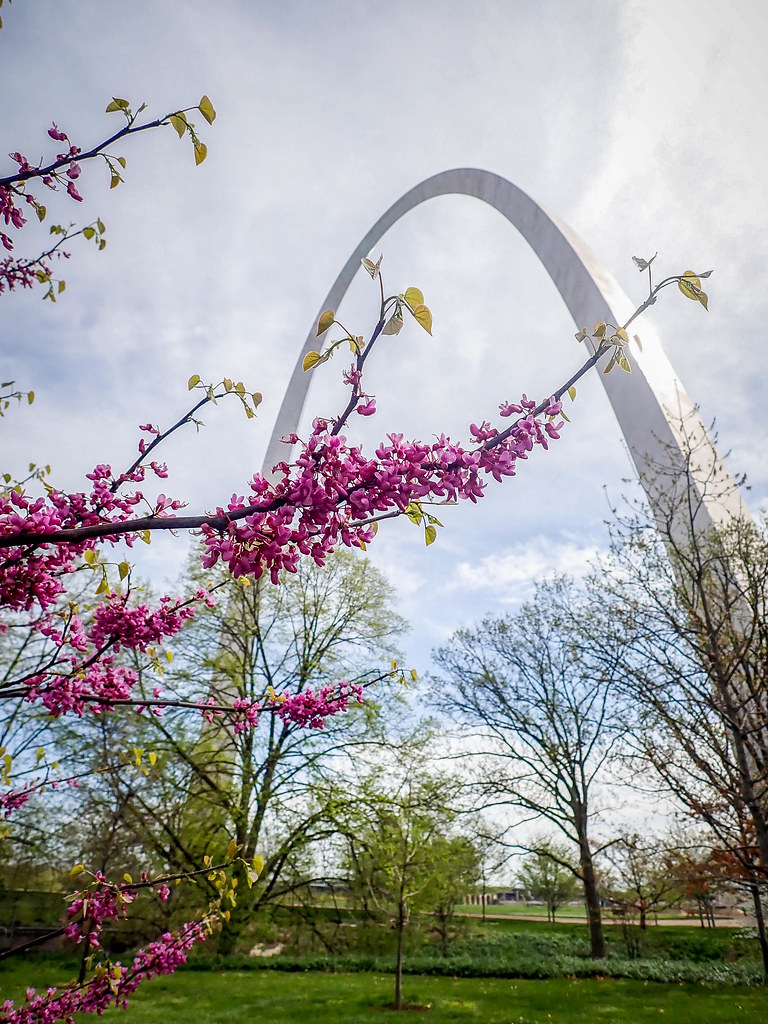 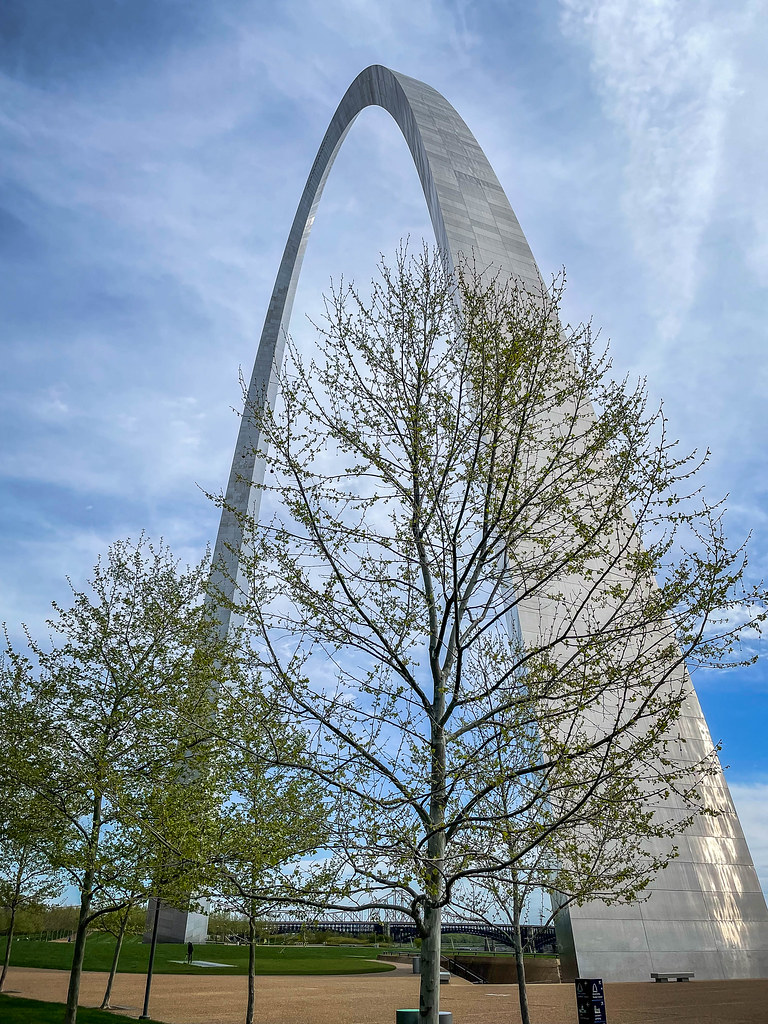 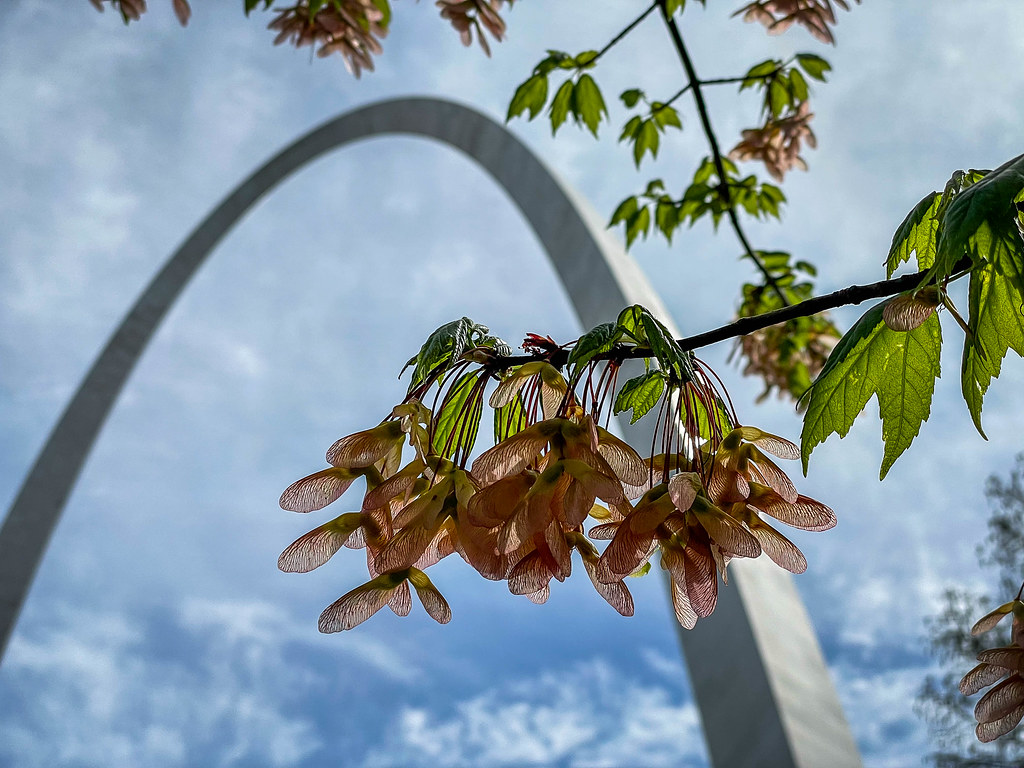 Friends had recommended going inside the Old Courthouse. However, it was undergoing renovations, so that was a bummer. This very building is where the Dred Scott case was tried, which changed the history of our country. more info about the case 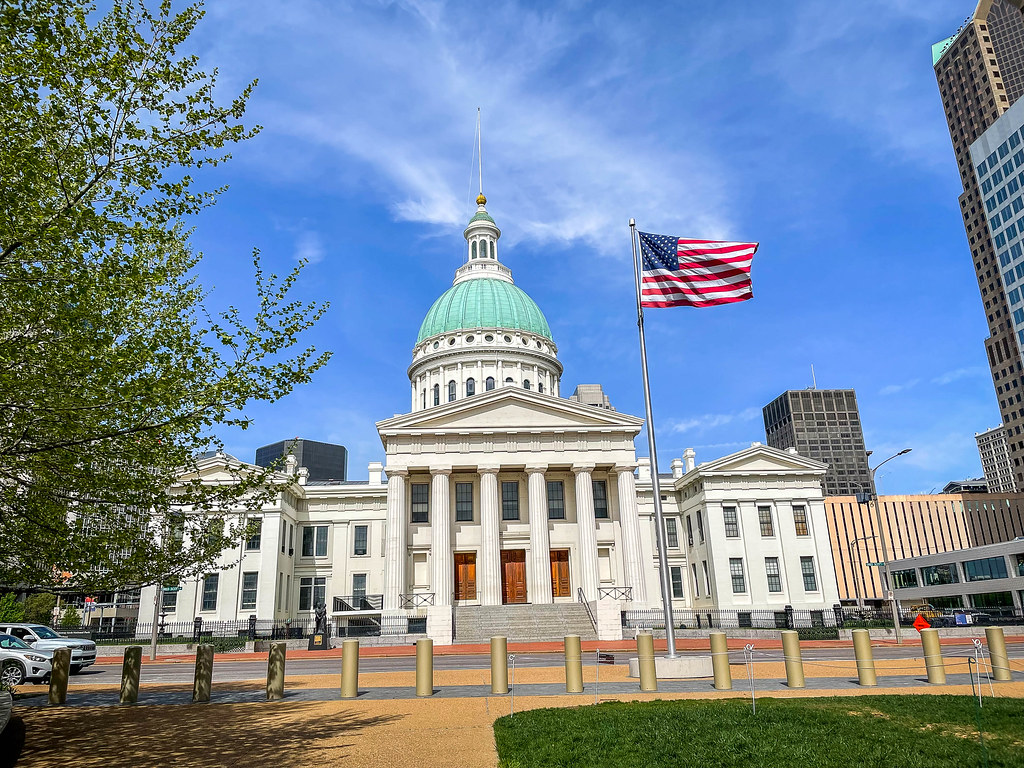 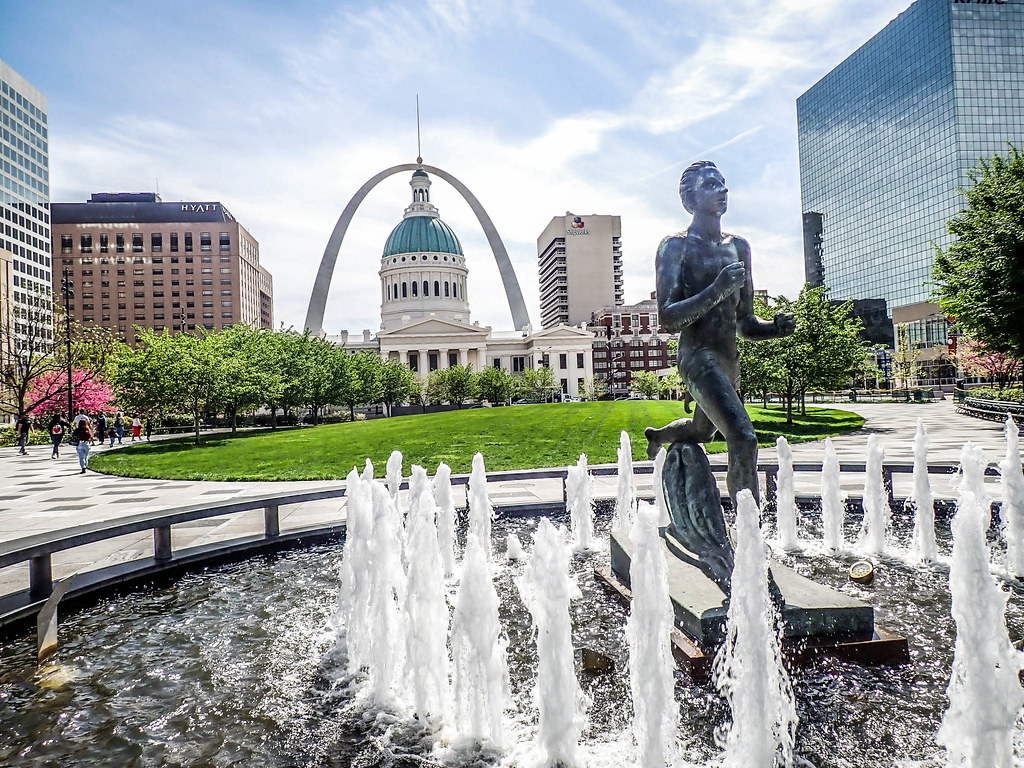 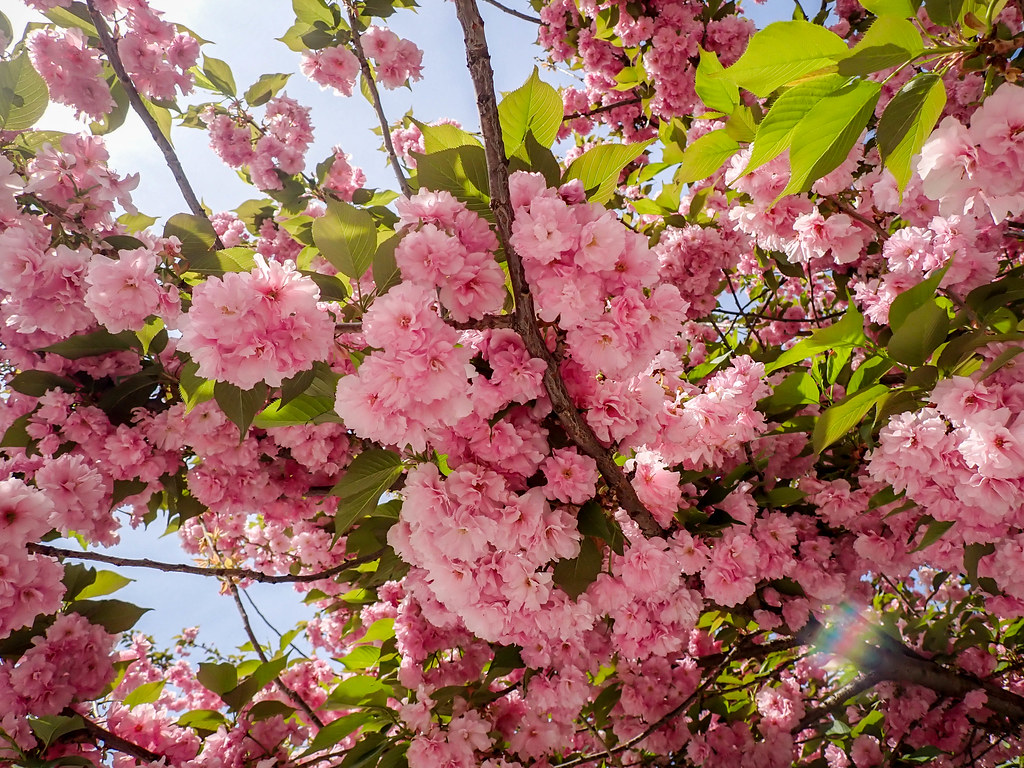 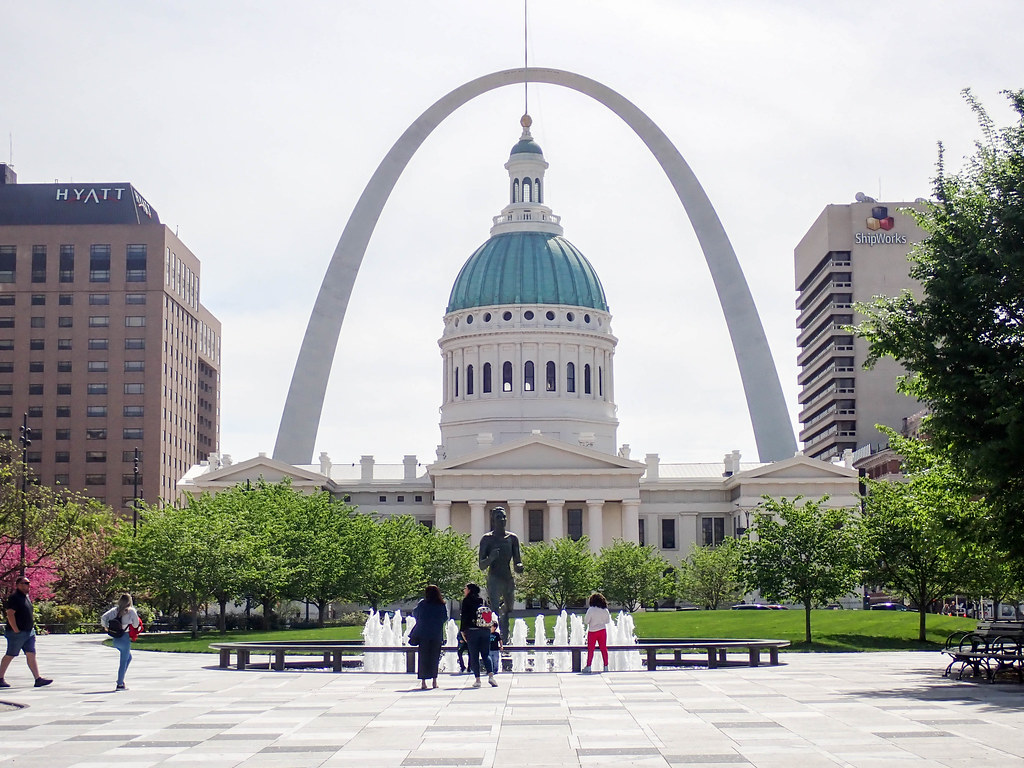 After checking out the statue and getting a bunch of pics, I circled back near the arch to check out the Basilica. 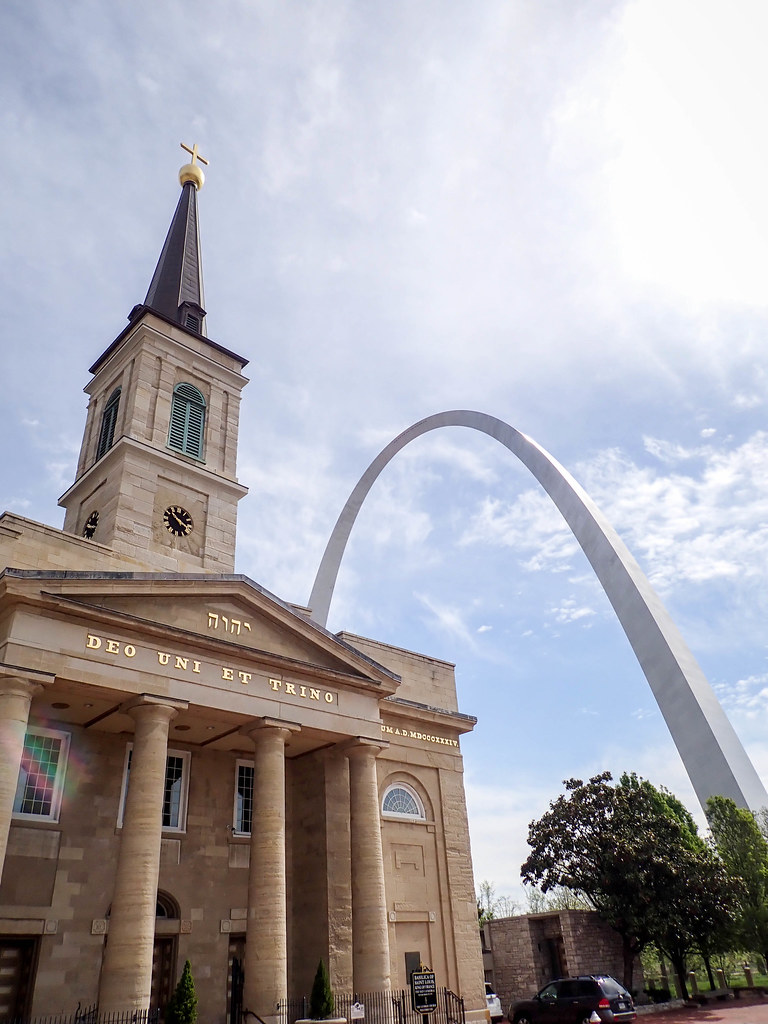 Basilica of Saint Louis, King of France was finished in 1834. Its also known as the Old Cathedral. It is one of two Catholic basilicas in St. Louis. It is located near the riverfront near the Gateway Arch National Park, but is not officially part of the park. 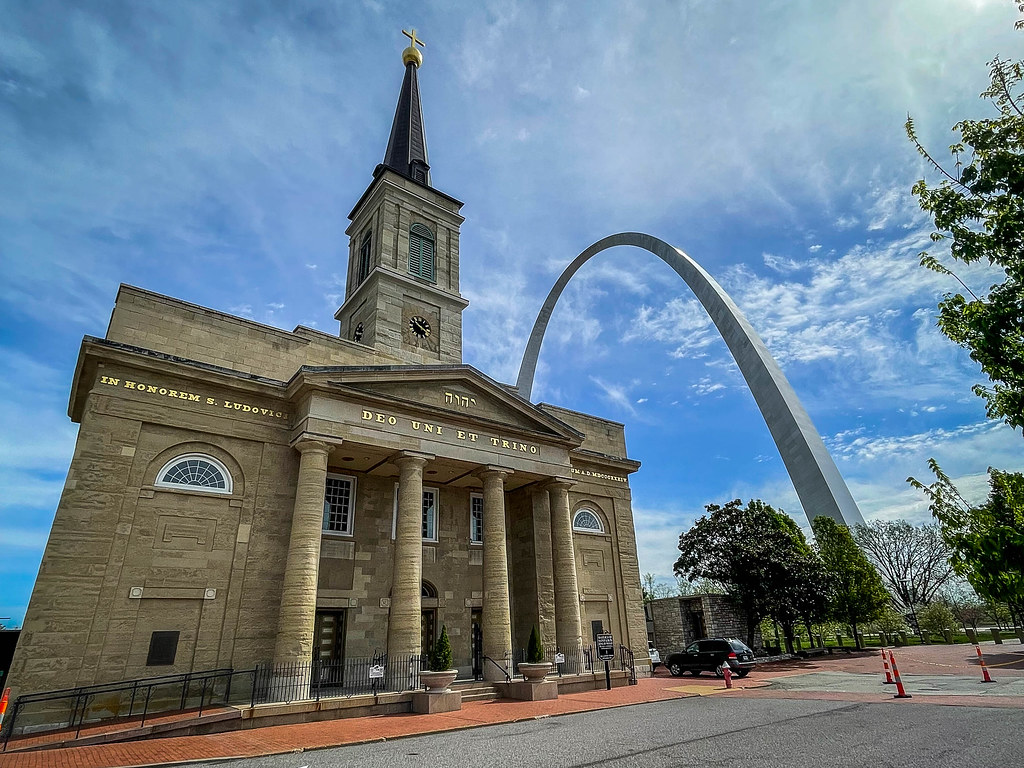 I noticed these guys hanging from the top of this skyrise, so they could wash the windows. Ahhh! I just stood there mesmerized by these window washers as they scaled up and down the wall of windows. Amazing! Glad that is not my job. 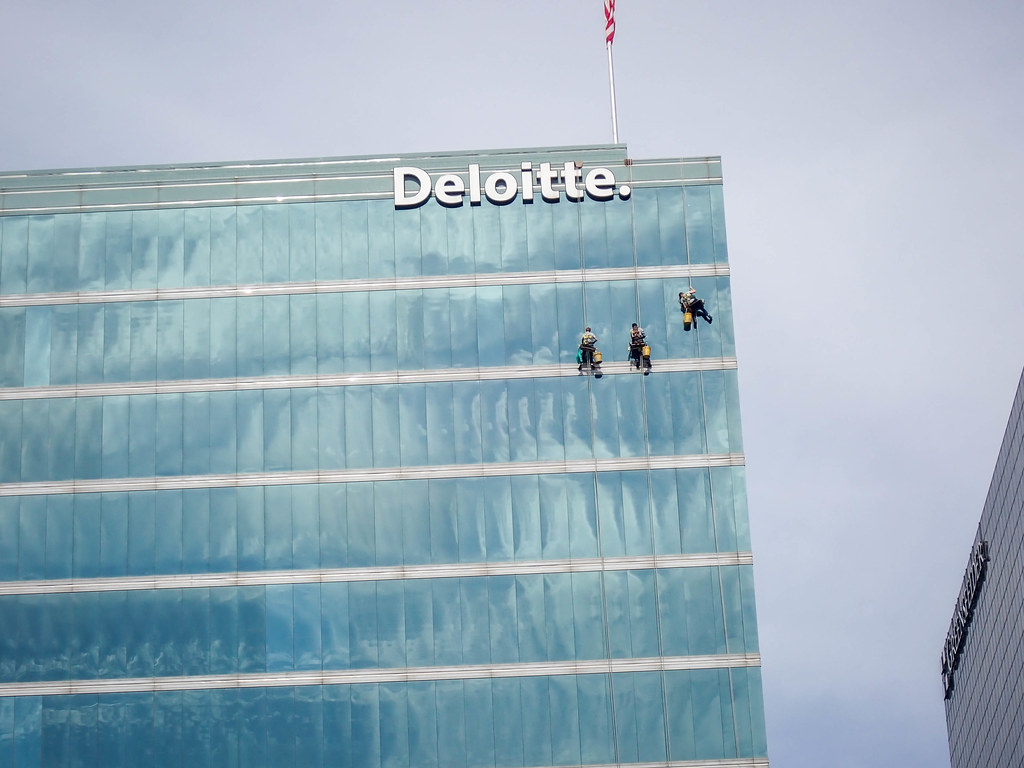 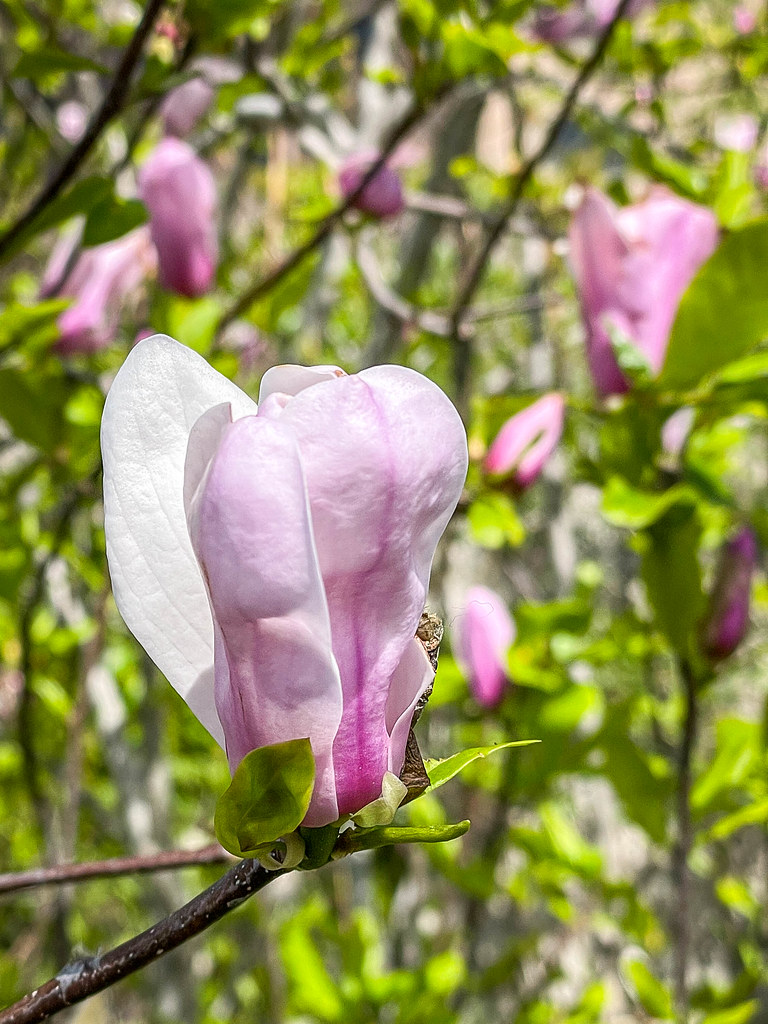 From there I walked past the arch and down some stairs to the St. Louis Riverfront, where I saw barges going by and The Captains’ Return statue. 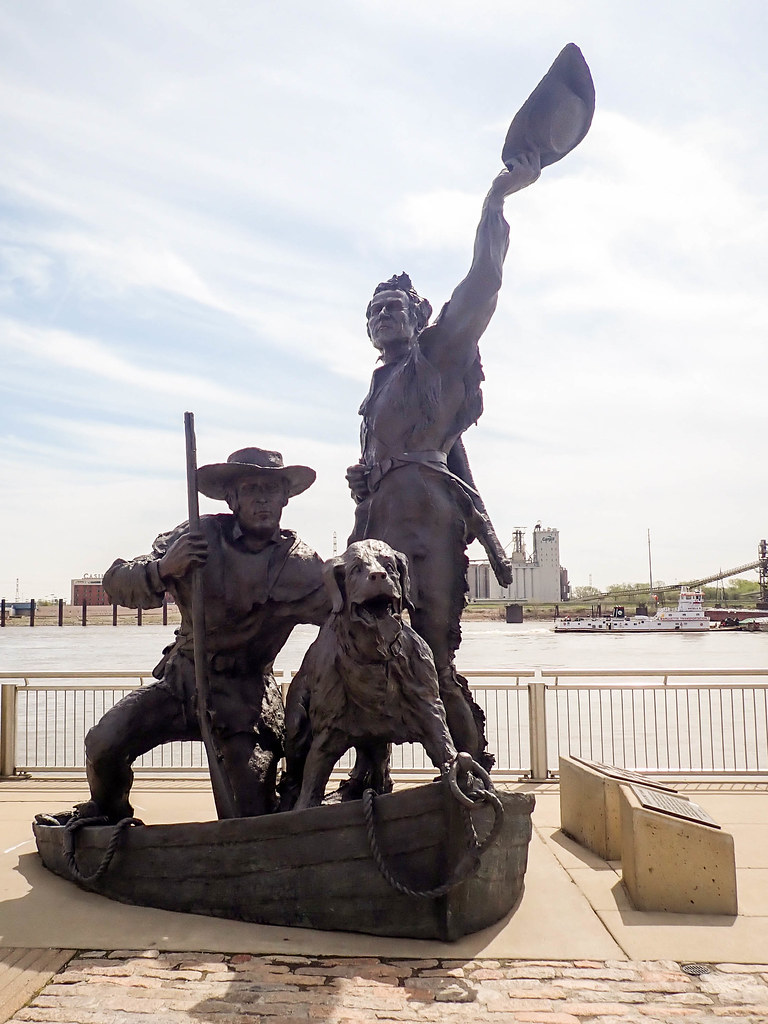 From there I walked towards Eads Bridge 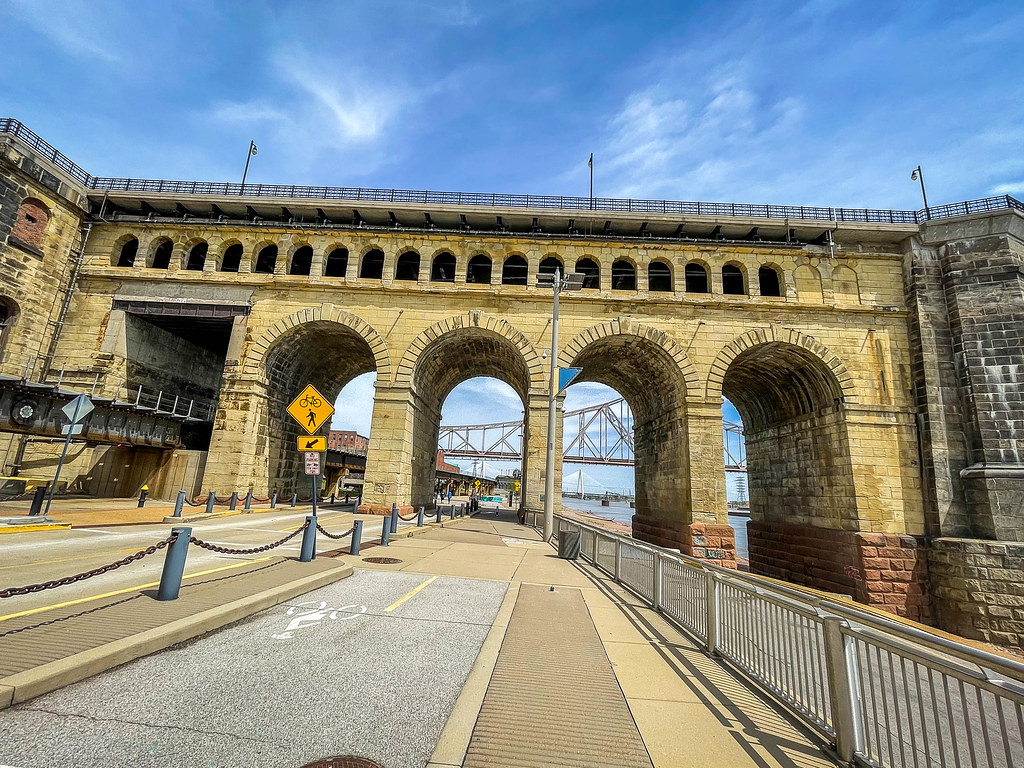 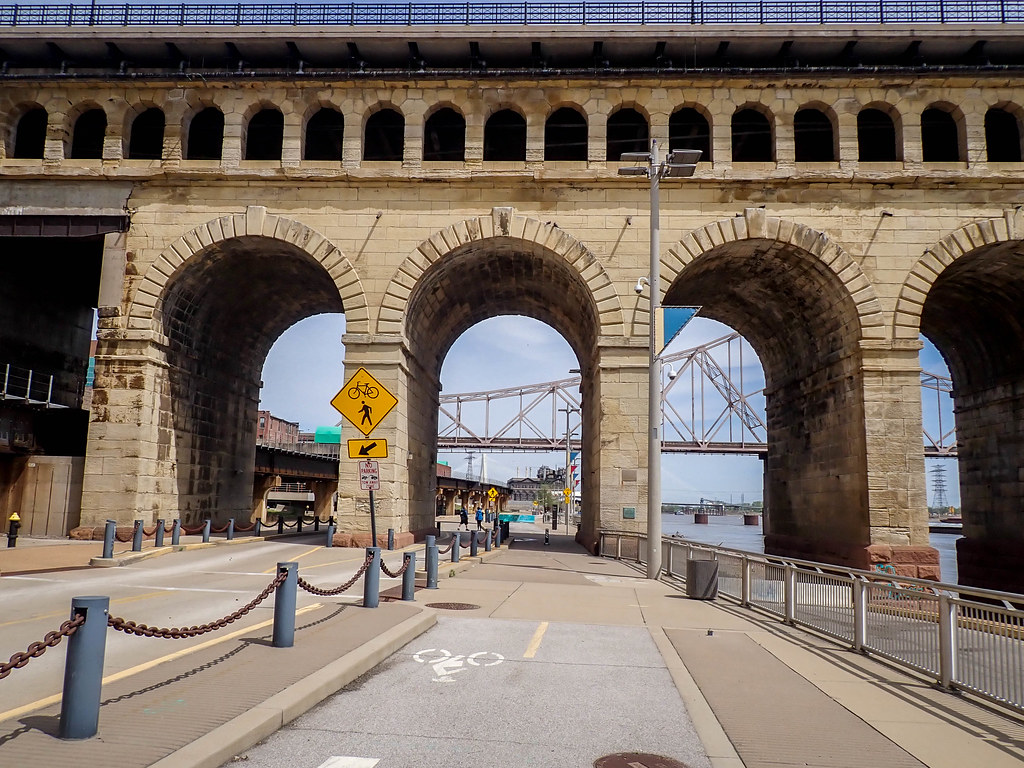 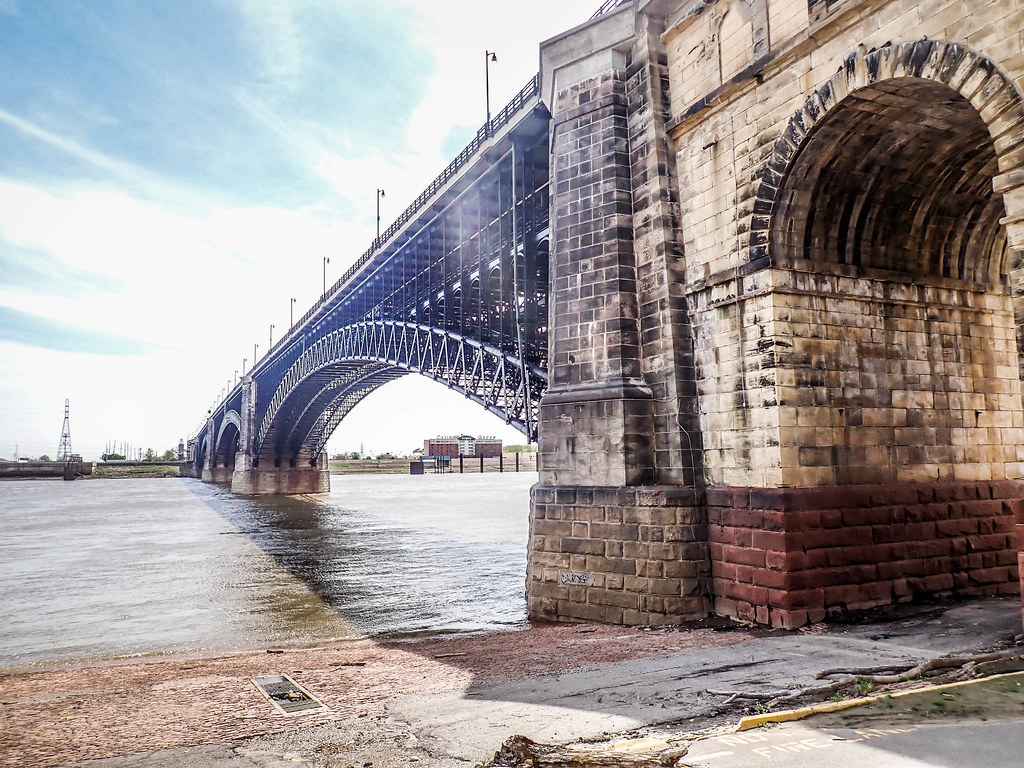 I was told Laclede’s Landing would be a good place to find something to eat. This is an area and near the waterfront is not a place I’d want to be at night. 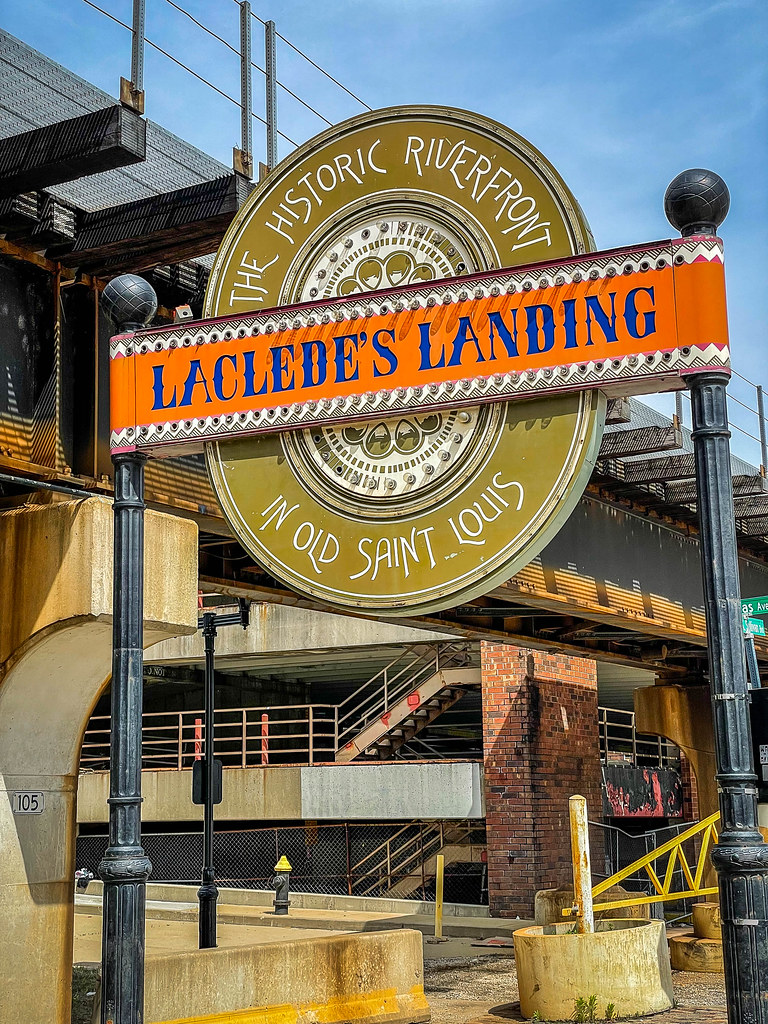 I ended up at The Lou Eats & Drinks. 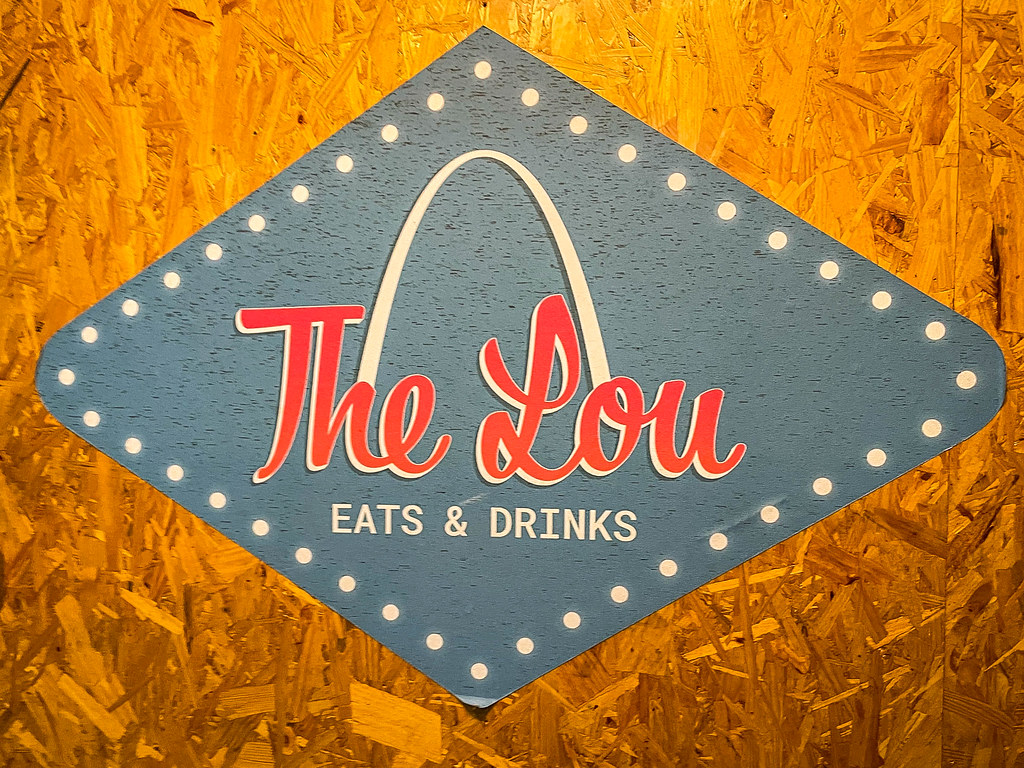 I got the patty melt and it was amazing! 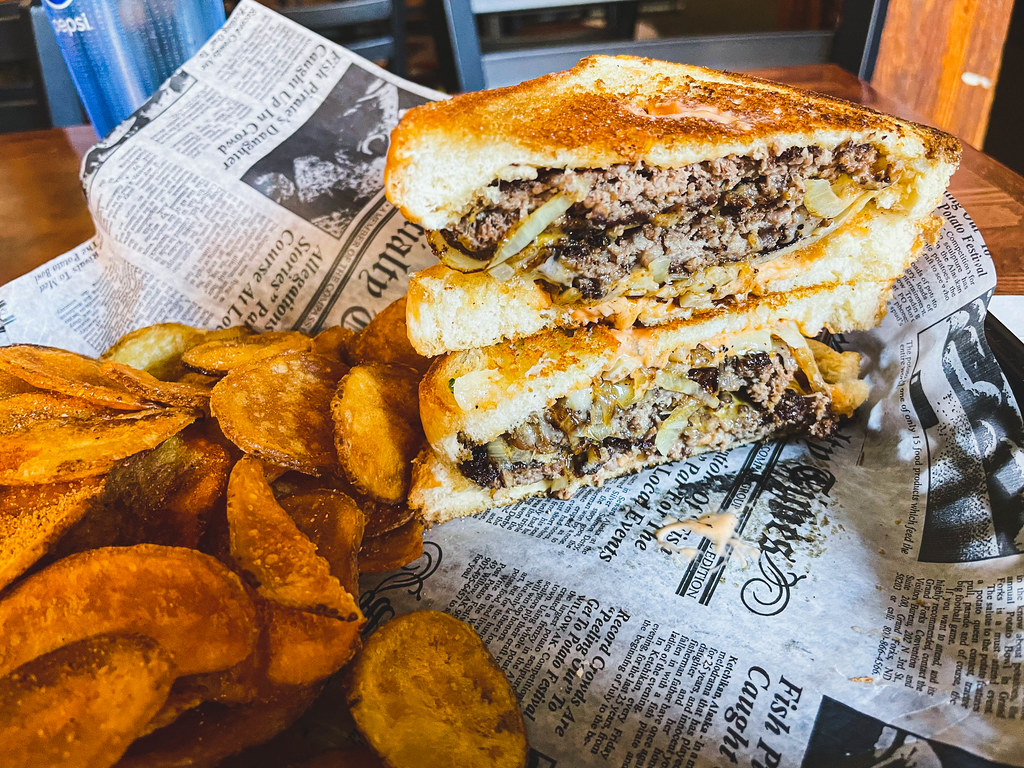 They had a huge selection of shots. 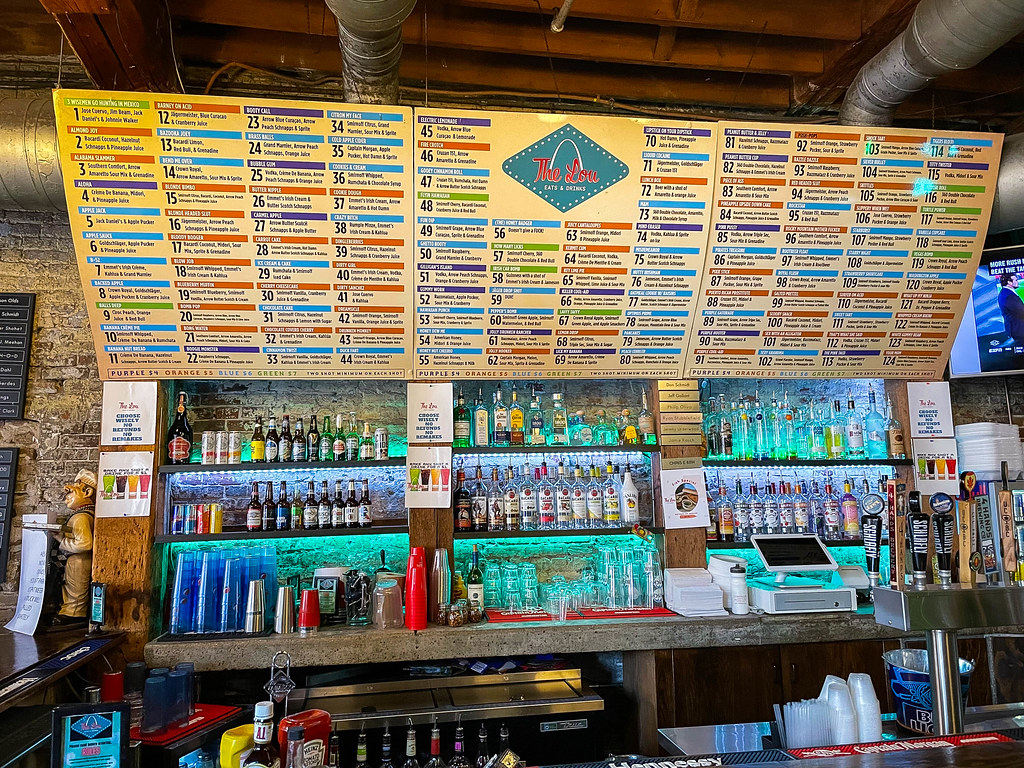 After lunch, I walked back to the hotel to rest up. I saw this very interesting sculpture on the way back. 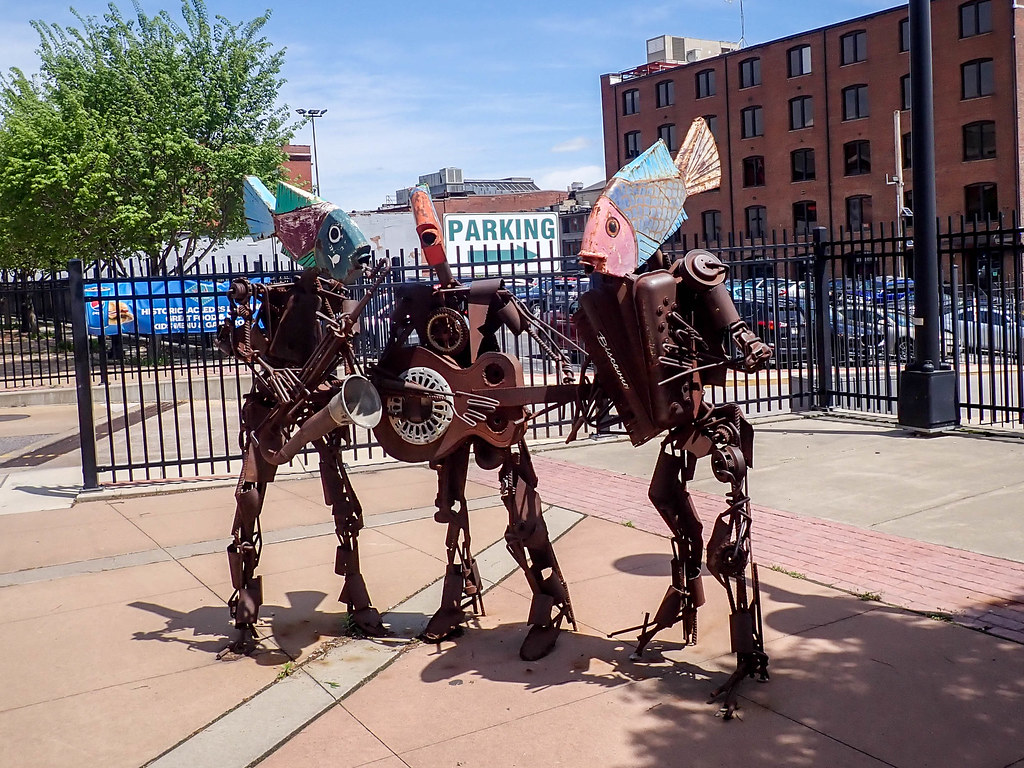 When Rob got done with his conference that day, we went to the St. Louis Cardinals with a bunch of people from the conference. 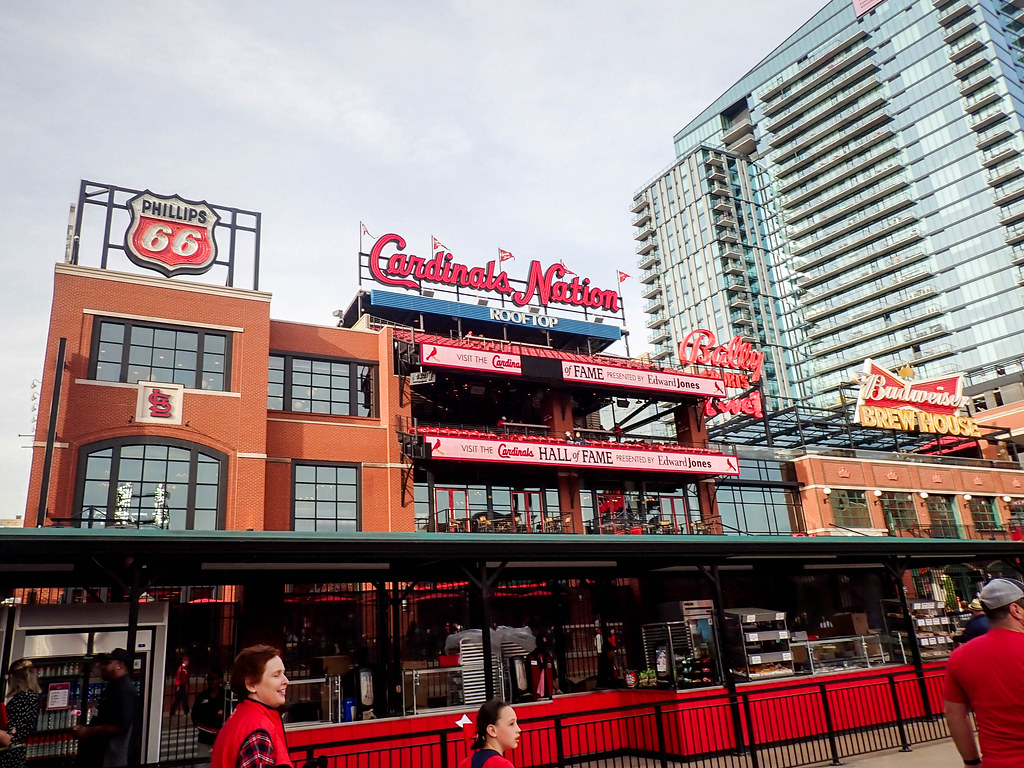 Before going to our seats we went inside the stadium so Rob could get his baseball stadium passport stamped and walk around the stadium as we always do.

Such an amazing view 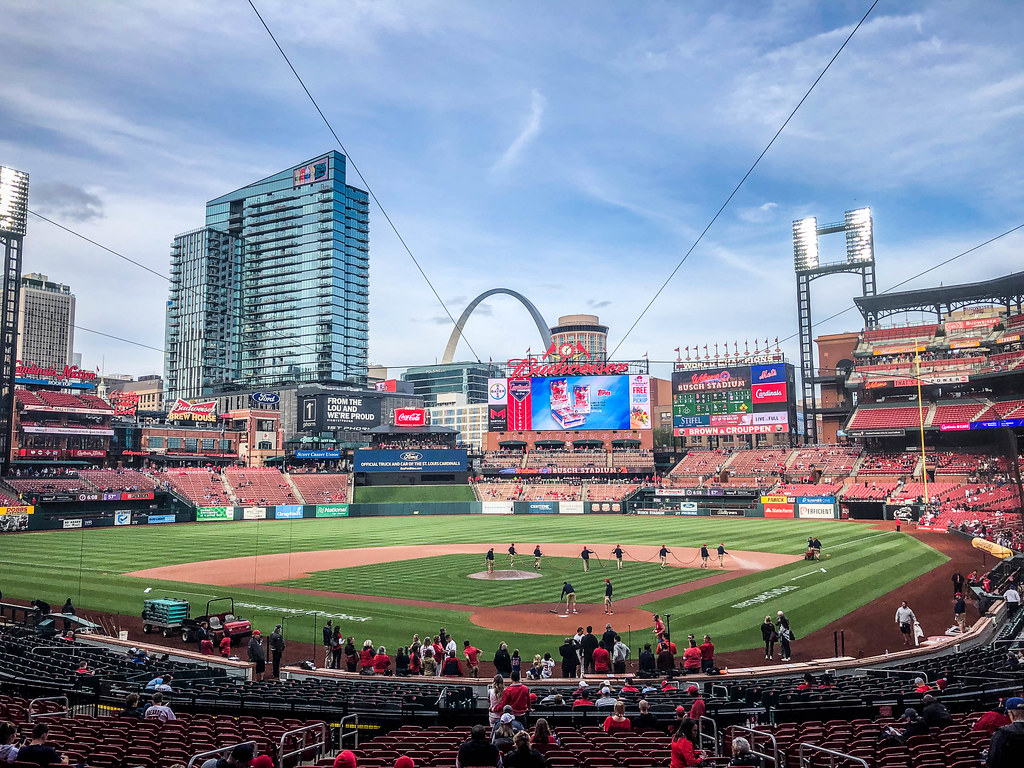 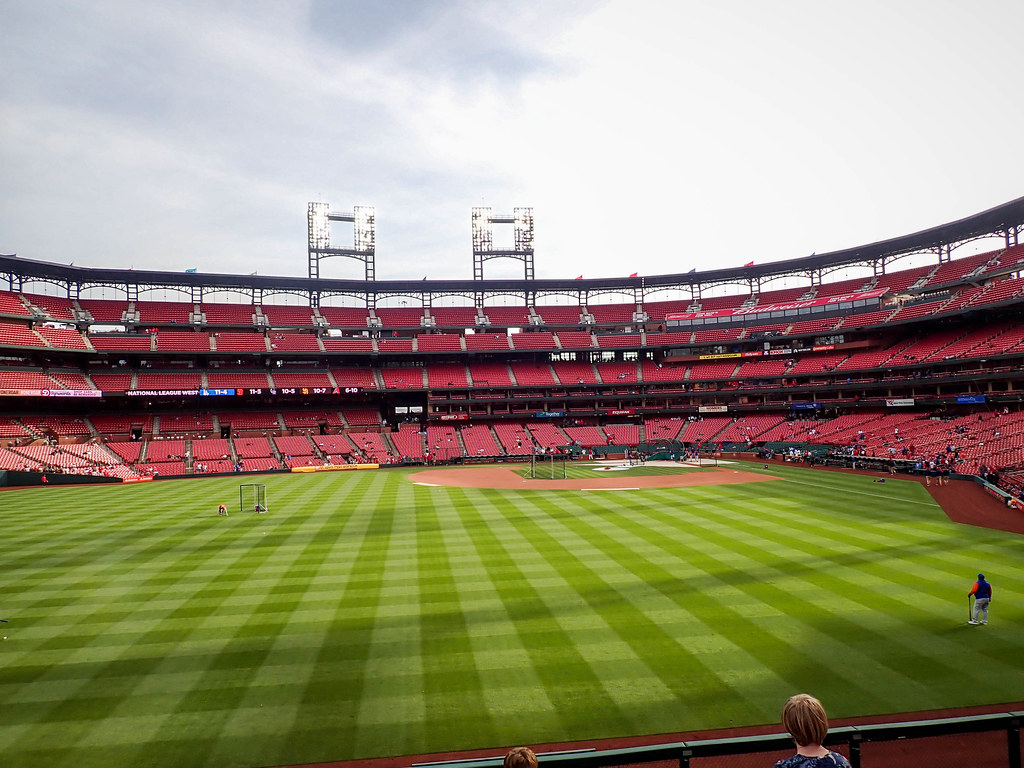 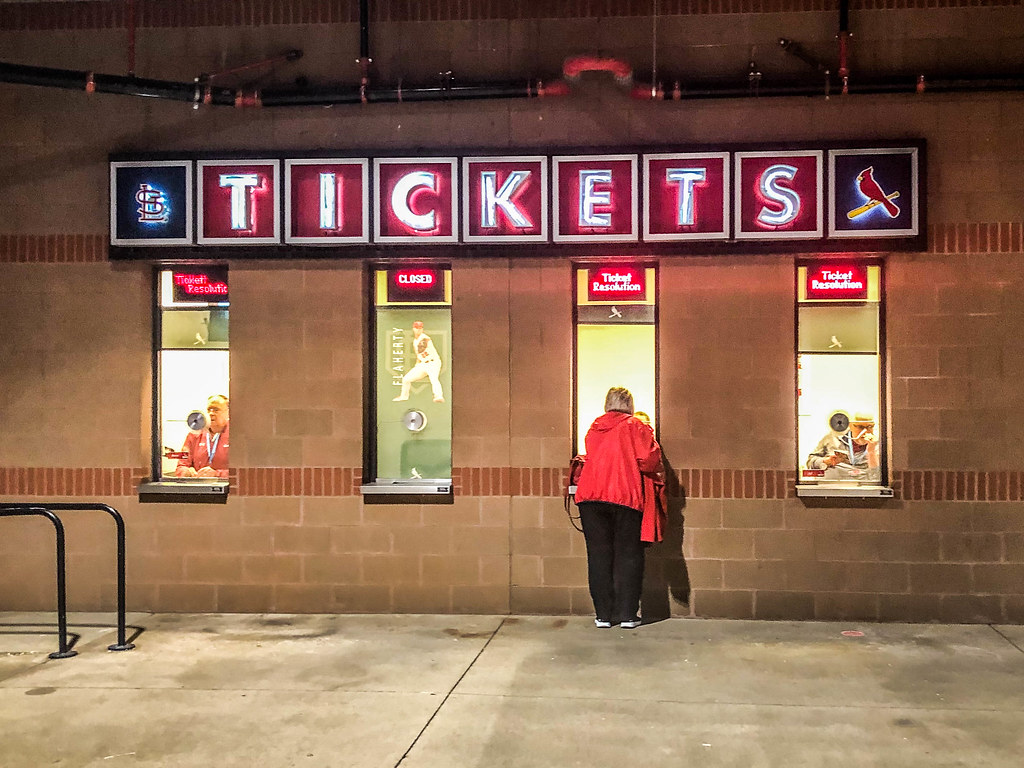 This is the view from our seats. 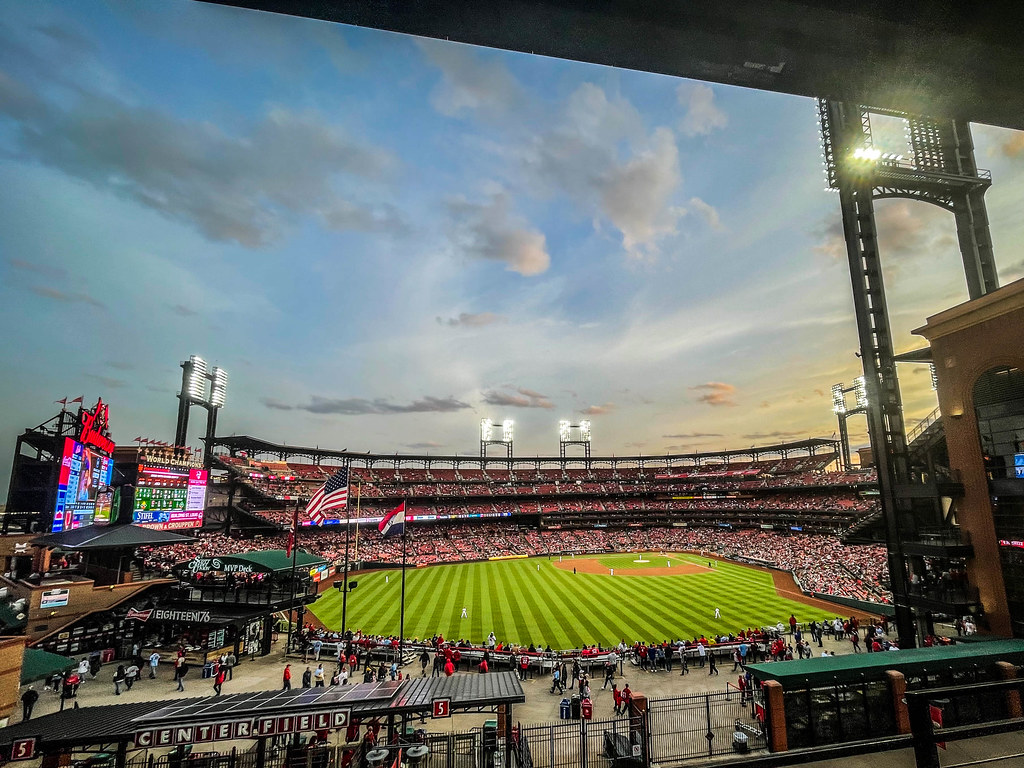 Another great day in St. Louis in the books! Watch for another travel post very soon.