Friday night, Oct. 30th, was the last regular season Auburn High School football game, which brought Senior Night. Before the game, all the seniors from the marching band line up on the field with their parents to get their name called and receive a medal. We had family in town that weekend to watch Drew march possibly his last time at home depending on the outcome of the game. Being that we’re the season of “lasts” with Drew, I’m really surprised I’m not a bumbling mess. I think I was more of a mess with all the senior stuff last year in anticipation of Senior stuff with him. On this night, I wasn’t sad, just super excited and happy. These days will be missed. 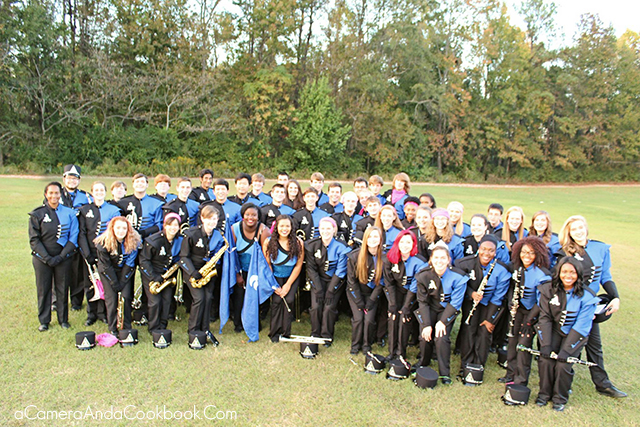 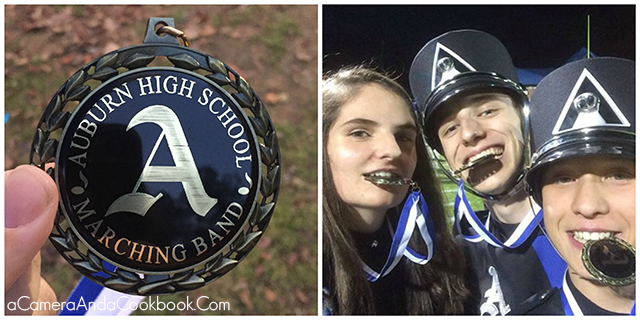 Here we are on the field with Drew. 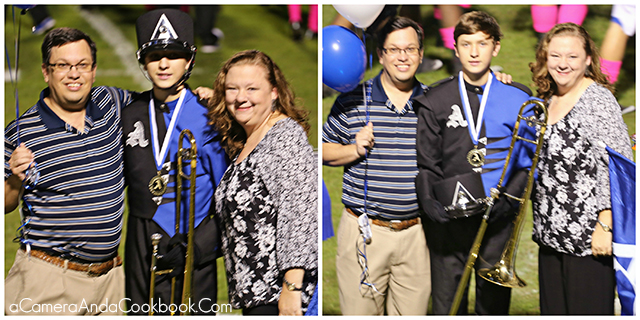 Other memories from the game. 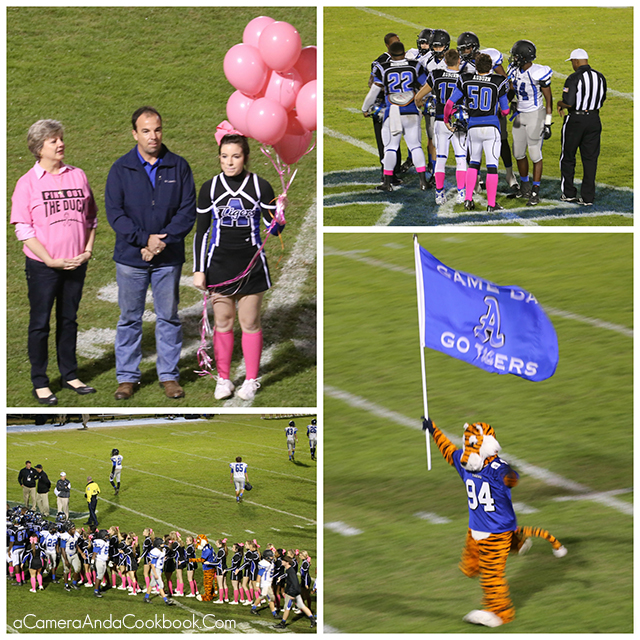 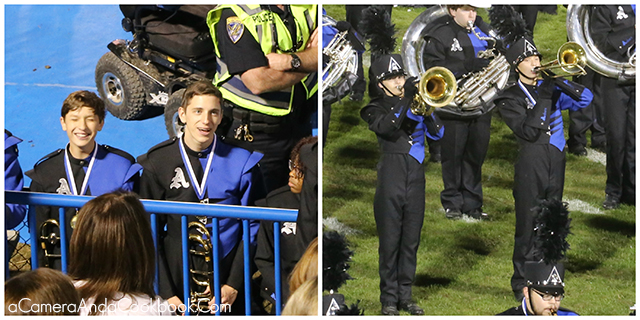 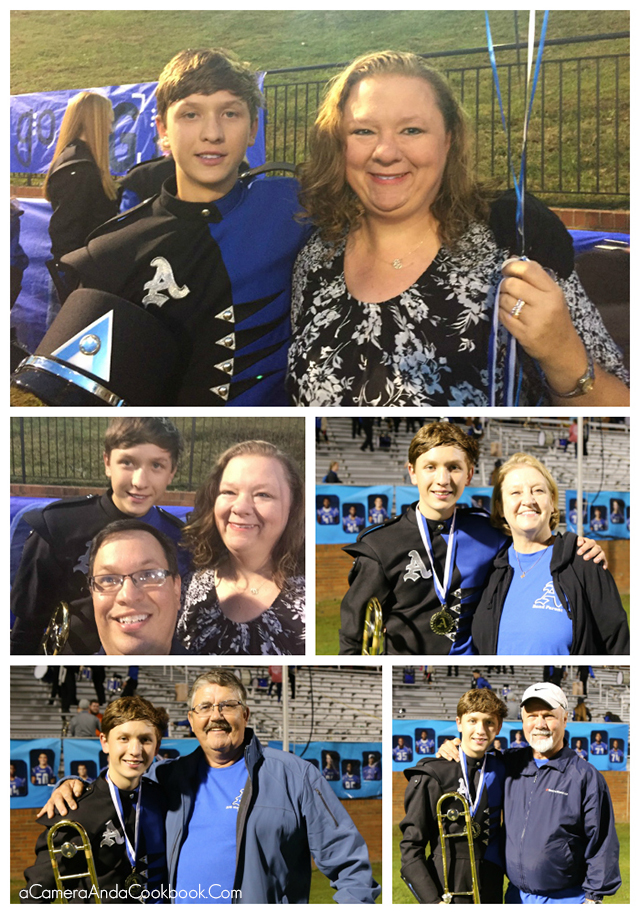 Auburn ended up beating Demopolis in this game, so they got to play their first playoff game at home against Theodore, who they wallopped. However, this past weekend Auburn traveled down to Mobile to play McGill-Toolen, who beat them badly. So football/marching season is over, but band continues with Jazz band and Honors band concert season.