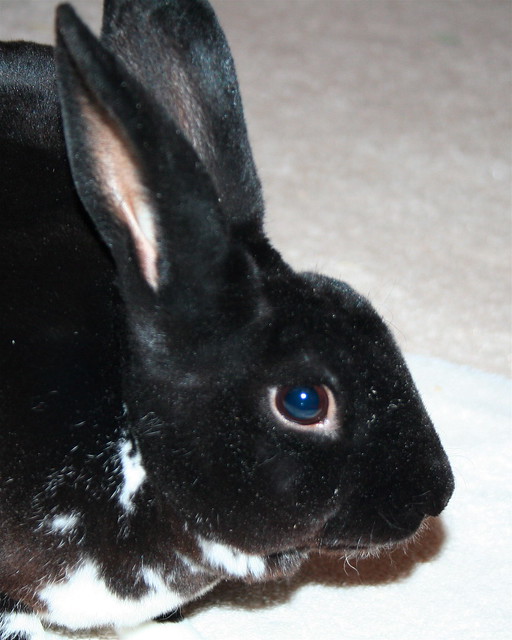 Drew called me while I was driving home, saying he thought Oreo (his rabbit) was dead. He was crying and it was very traumatic. I got home and looked at him and saw that he was probably not going to make it, but I would take him to the vet. I was praying they could do something to help. Drew got the rabbit for his 9th birthday back in January, so we haven’t had him that long. It’s Drew’s first pet that is just HIS, not a family pet.

Drew couldn’t go with me to the vet because he had a soccer game. The vet said that there were no broken bones, which is what I thought it might be. She said it was something wrong with his brain. His left eye was rolling back in his head. She said she could keep him overnight and give him fluids, steroids, and try and get his blood sugar up. She said he was on the thin side, which could be one of the problems. She said if he made it through the night, he’d probably be fine.