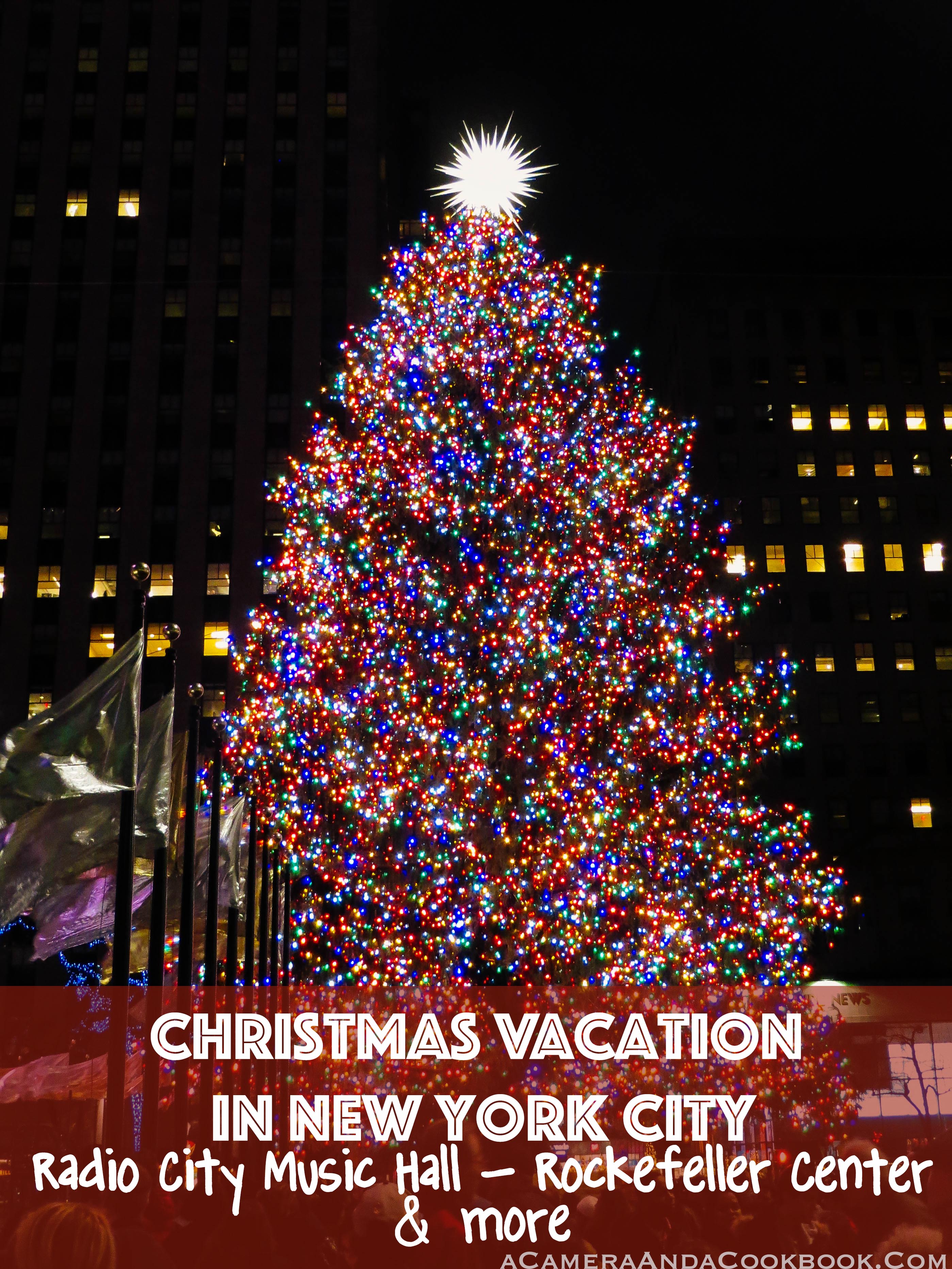 Friday, December 21st
Friday morning started off early as we wanted to get down to 1211 Avenue of the Americas to see if the hosts of Fox News Show Fox and Friends would come out and talk to us. However, it was a dreary day and rain was in the forecast. We got there and it started drizzling and then it started raining harder, but we stood there for over an hour or maybe it was 2. We watched from outside and listened as they have the sound outside so the fans can listen. There was not a huge crowd waiting, but as time rolled on and it got closer for the show to be over more people were there. 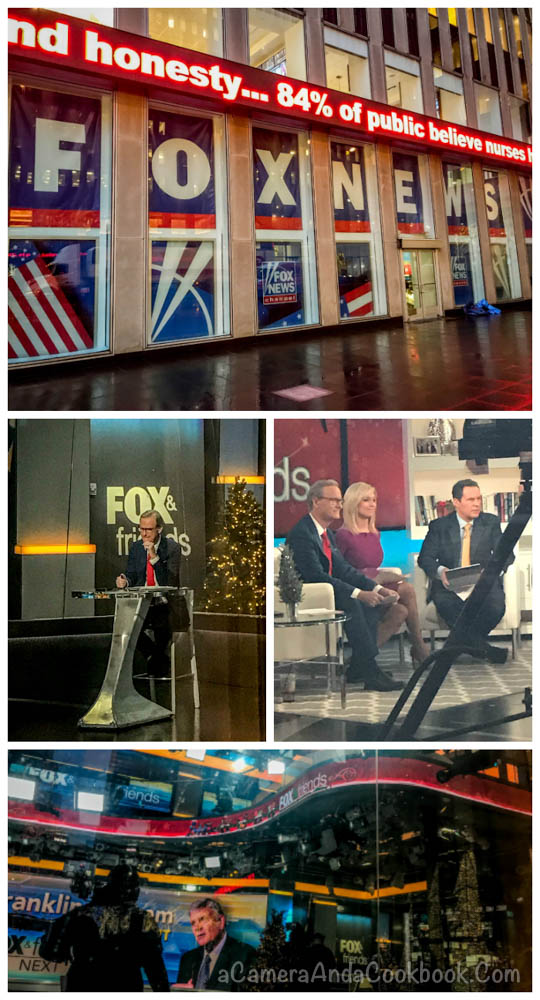 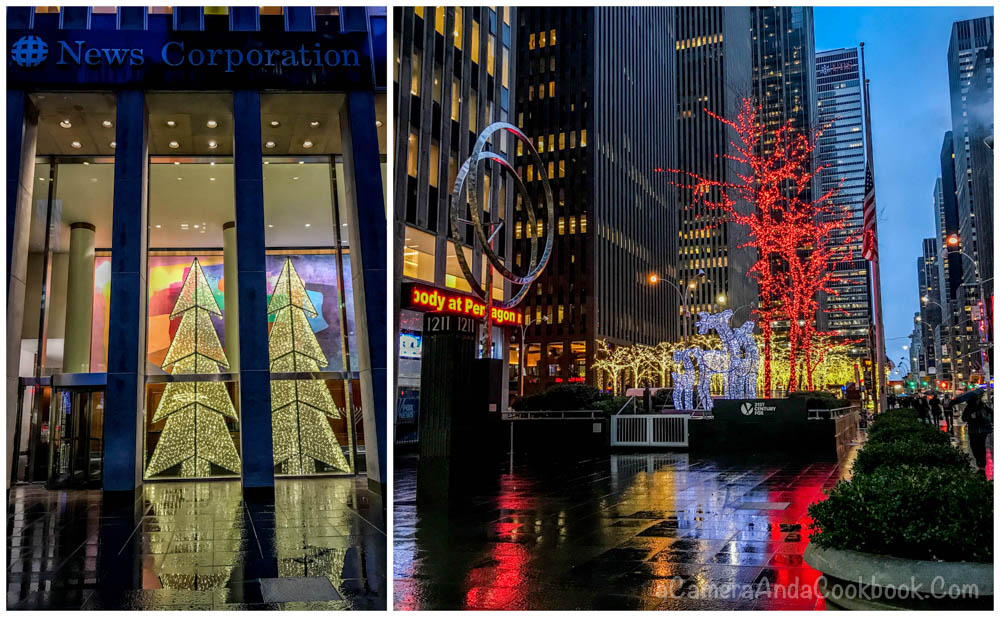 When the show was over everyone outside clamored to the door where they were passing by. Brian Kilmeade waved from the foyer as he had to race upstairs for his radio show. Ainsley Earhardt stuck her head out the door, waved, and wished everyone a Merry Christmas. It was their last day on the air until after the holidays. Good ole Steve Doocy came out and said hi and said no worries. Everybody gets a picture! Such a nice guy to take the time to get pics with all the different groups. 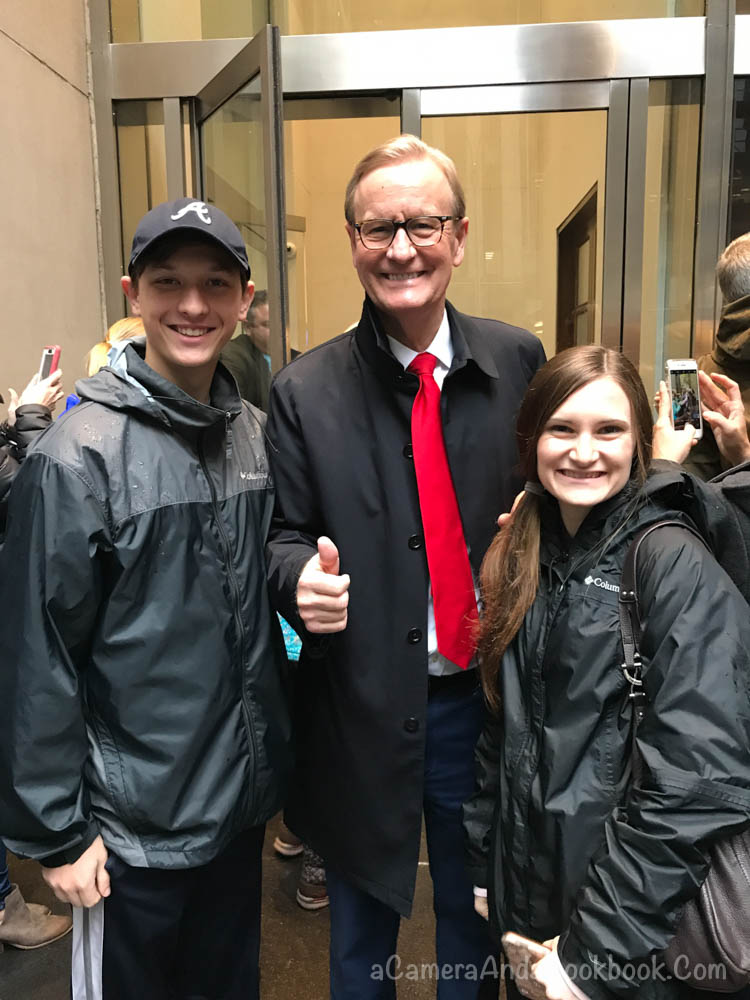 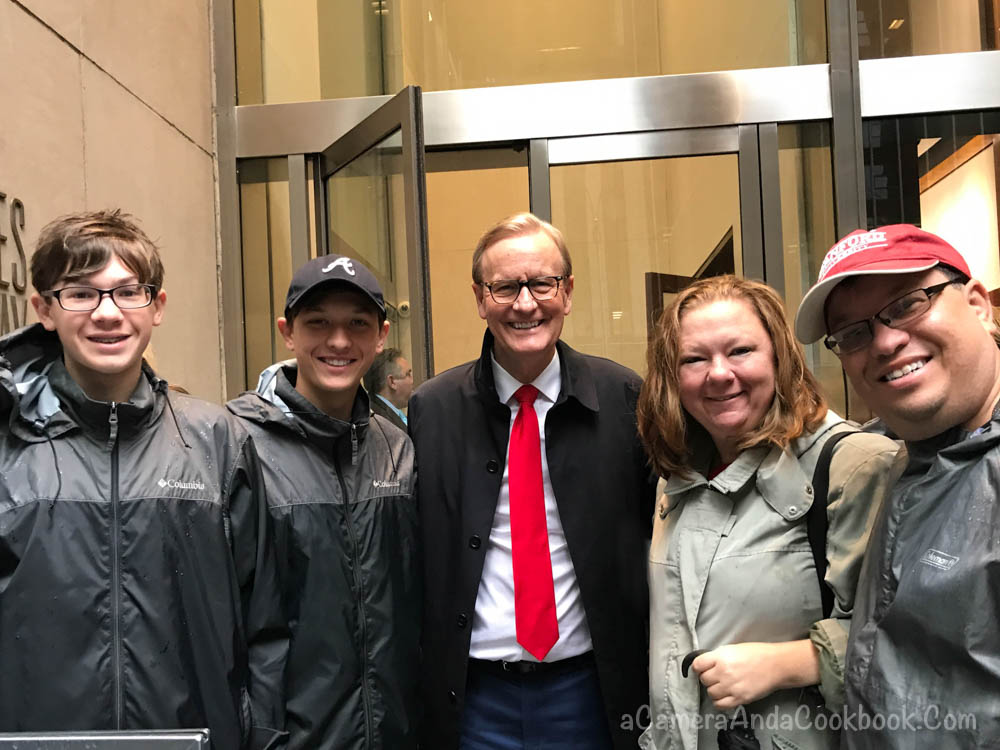 After that we went to the Chick-fil-a, which hasn’t been open too long. We remembered when the Fox and Friends cast were saying how good it was and they were so glad to have one so close to their work. We had breakfast there and then we walked to Time Square and looked at many of the cool shops in that area; Disney, M&M, and FAO Schwartz. 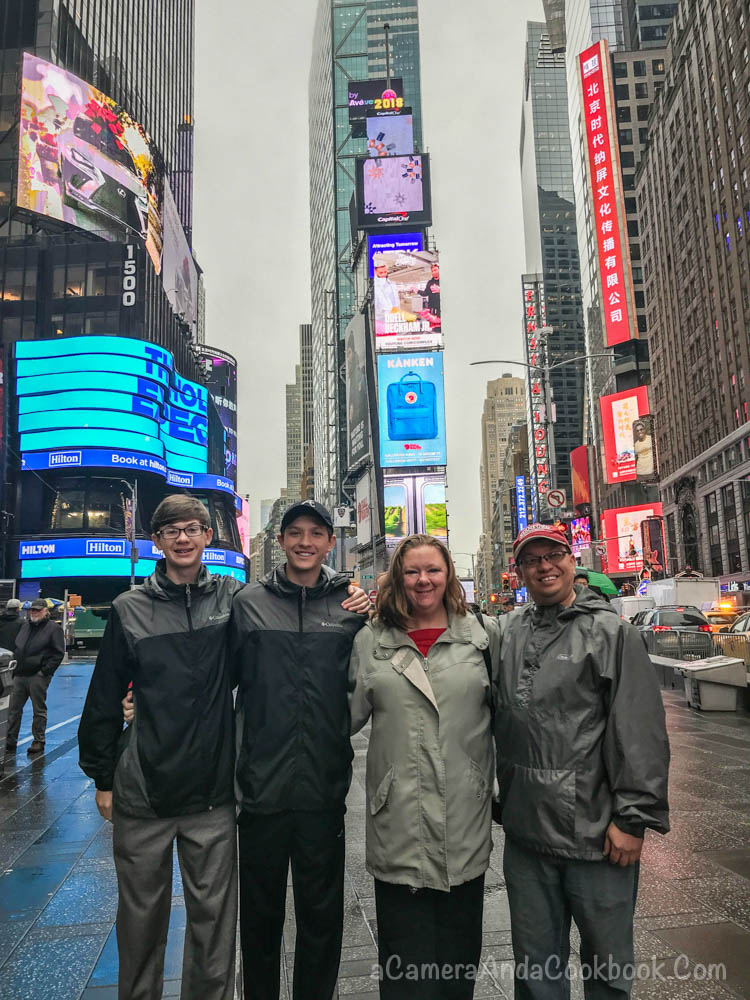 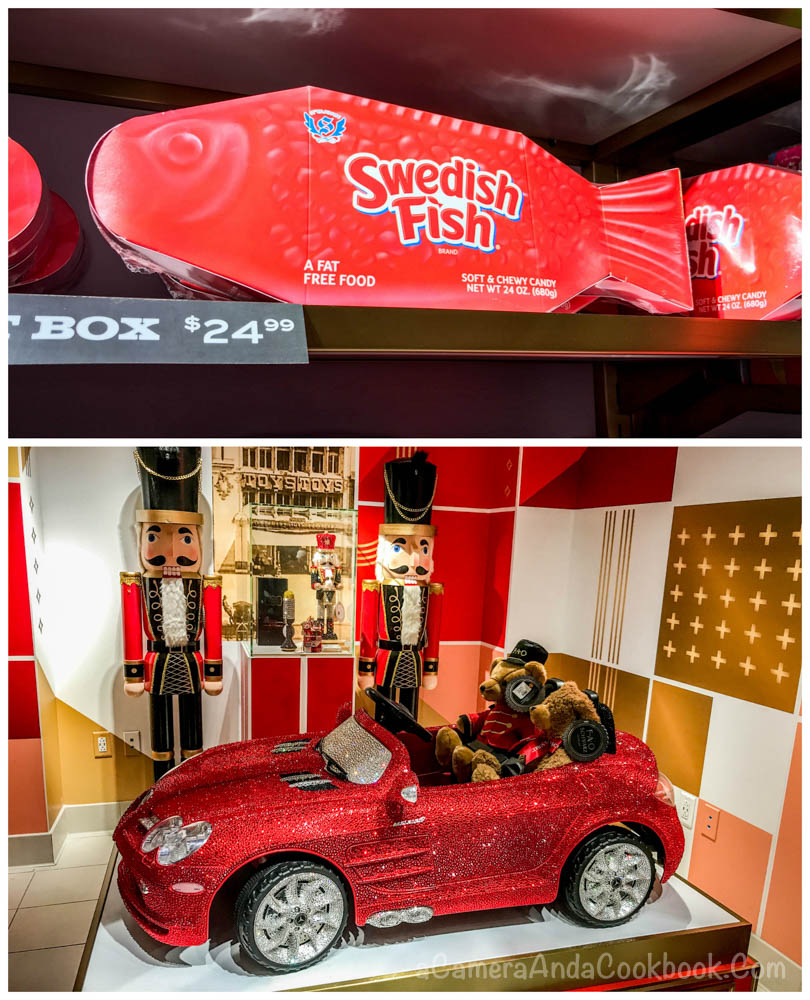 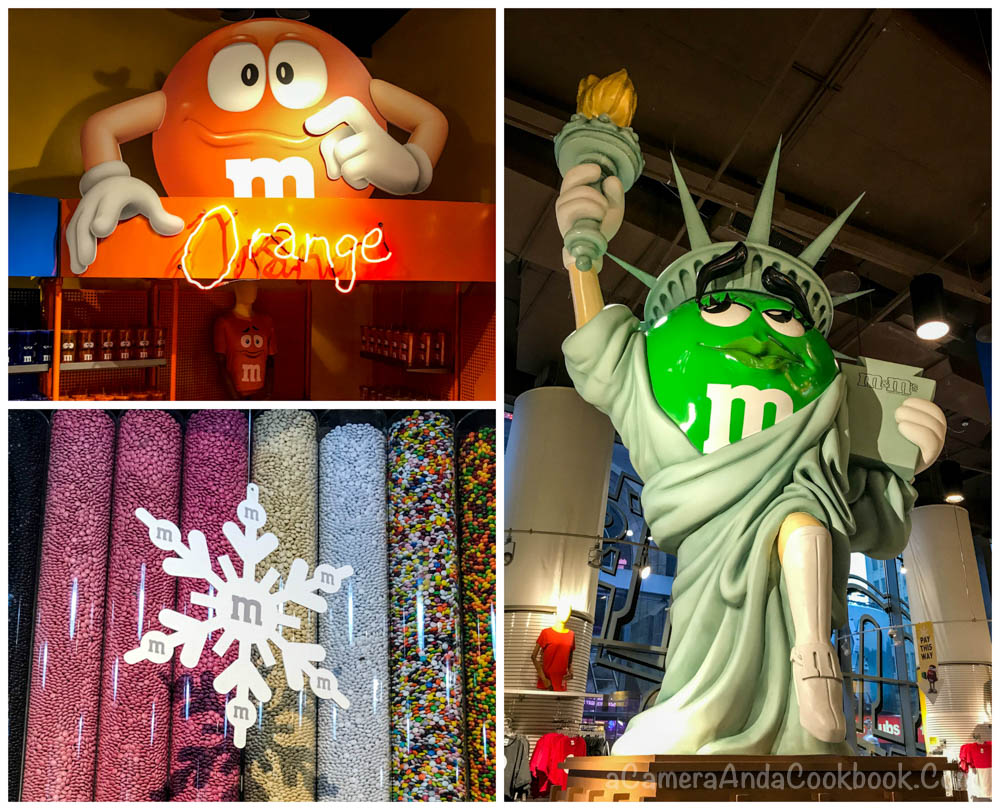 After exploring Time Square and surrounding areas, we headed back to the AirBnB ate a snack there, got dressed up, and subwayed it down to Radio City Music Hall for the Christmas Spectacular. They recommend you get there an hour before or you’re not guaranteed to get in before the show starts. We made a mistake on the way there on the subway, ended up going the opposite direction, but we figured it out and were able to switch and make it there with under an hour before show time. Luckily they had security moving pretty quickly and thank goodness we were in our seats with plenty of time to spare. 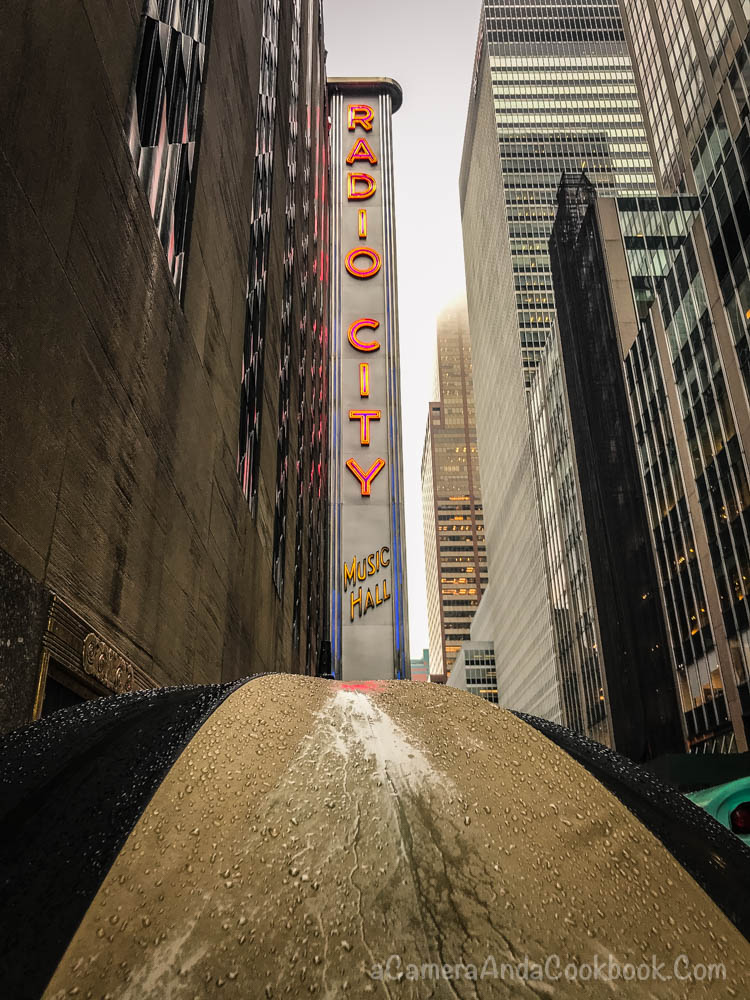 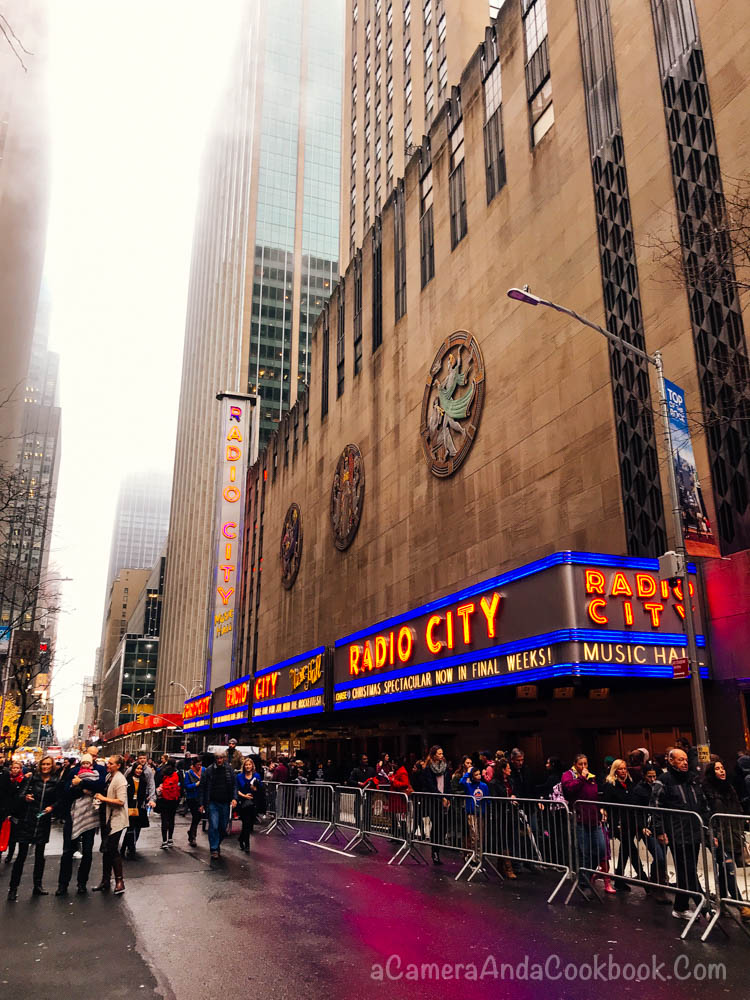 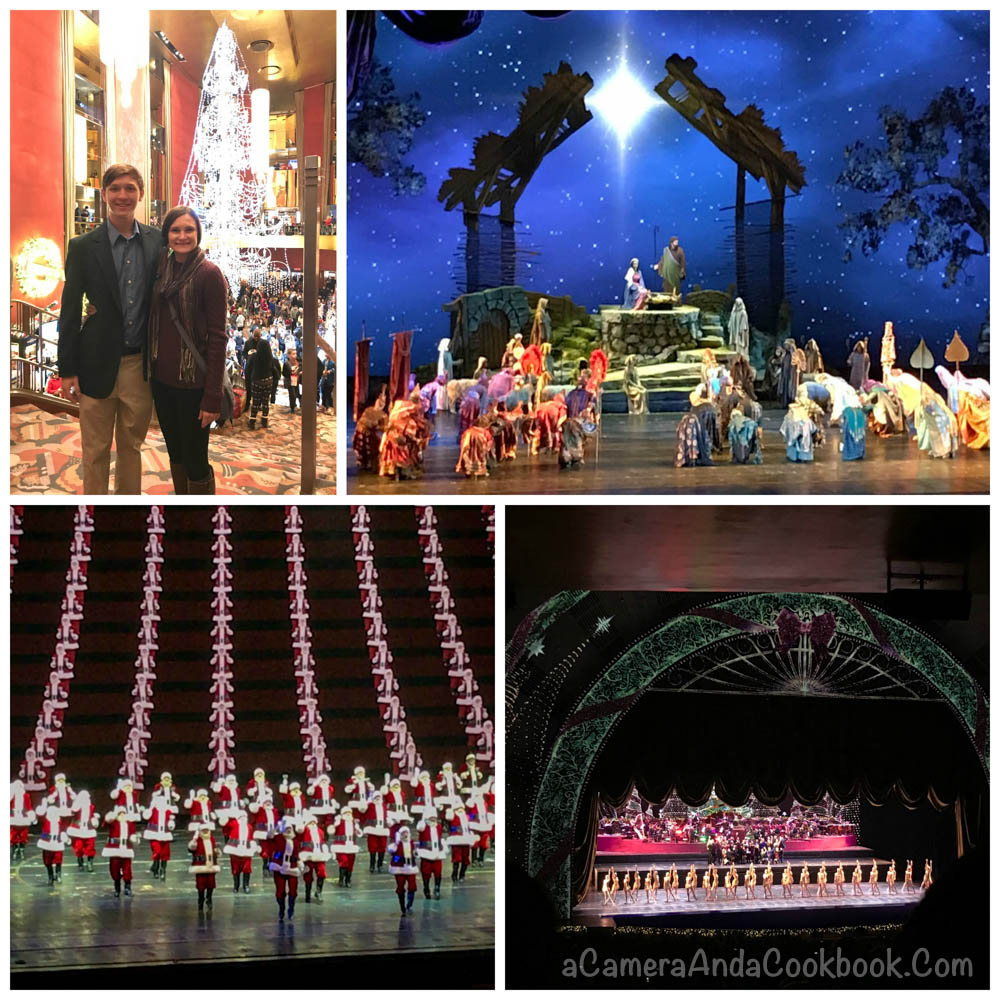 The show is a total must see during the Christmas season. We all left feeling festive and ready to see more of Christmasy Manhattan. Next stop was St. Patrick’s Cathedral. Such a beautiful building inside and out. 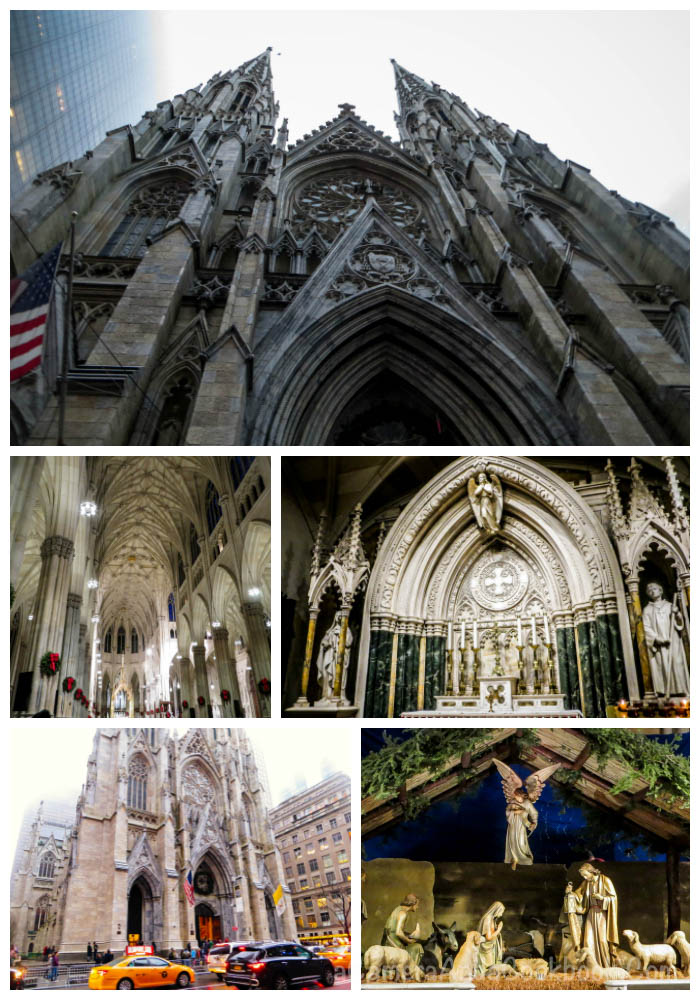 I loved that they had a golden retriever as part of their nativity scene. 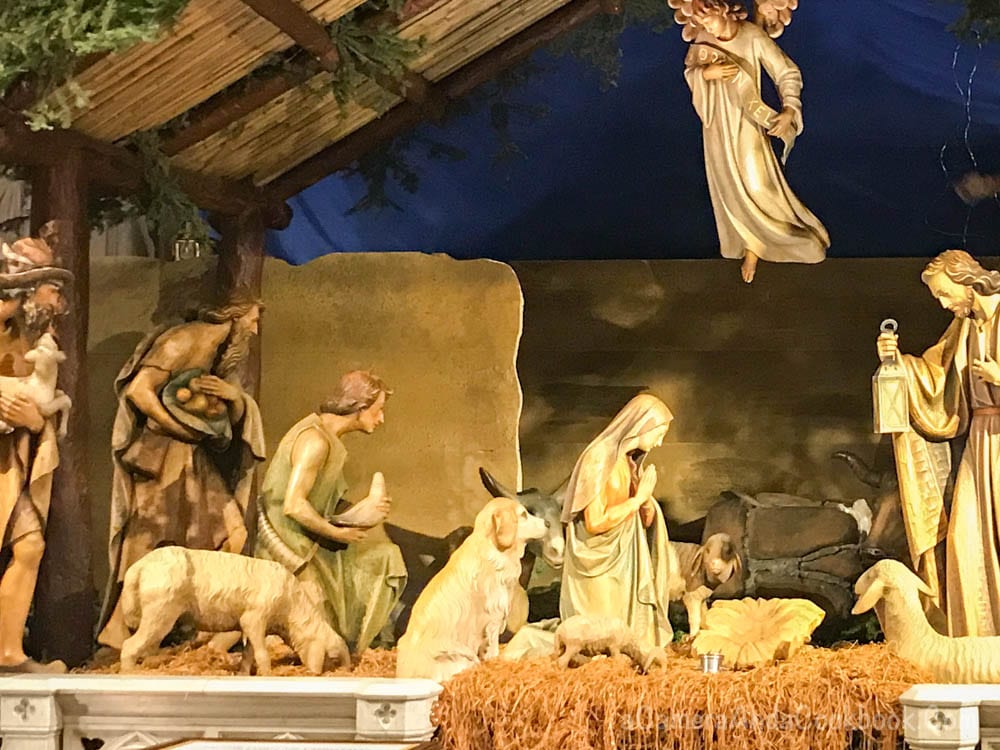 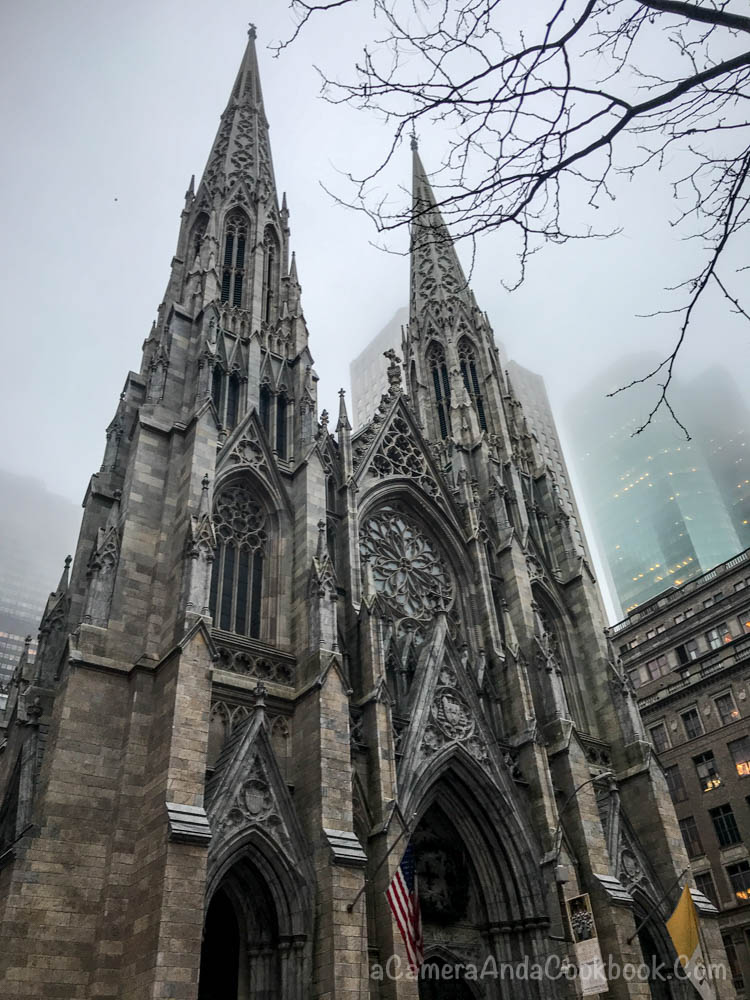 For dinner that night we decided to try some pizza. Famous Amaedus got good reviews with great prices. 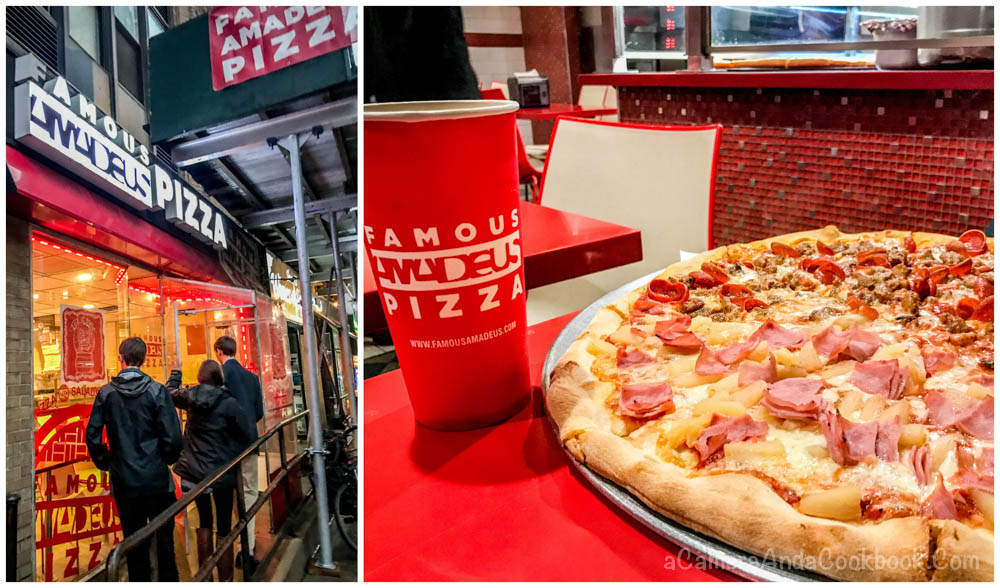 After pizza, we walked down to the Columbus Circle Holiday Market. When we got there Caitlyn realized she didn’t have her purse and remembered leaving it on the chair at the pizza place. So she and Drew walked back to retrieve it. Rob, Alex, and I stayed and walked around the Holiday Market. 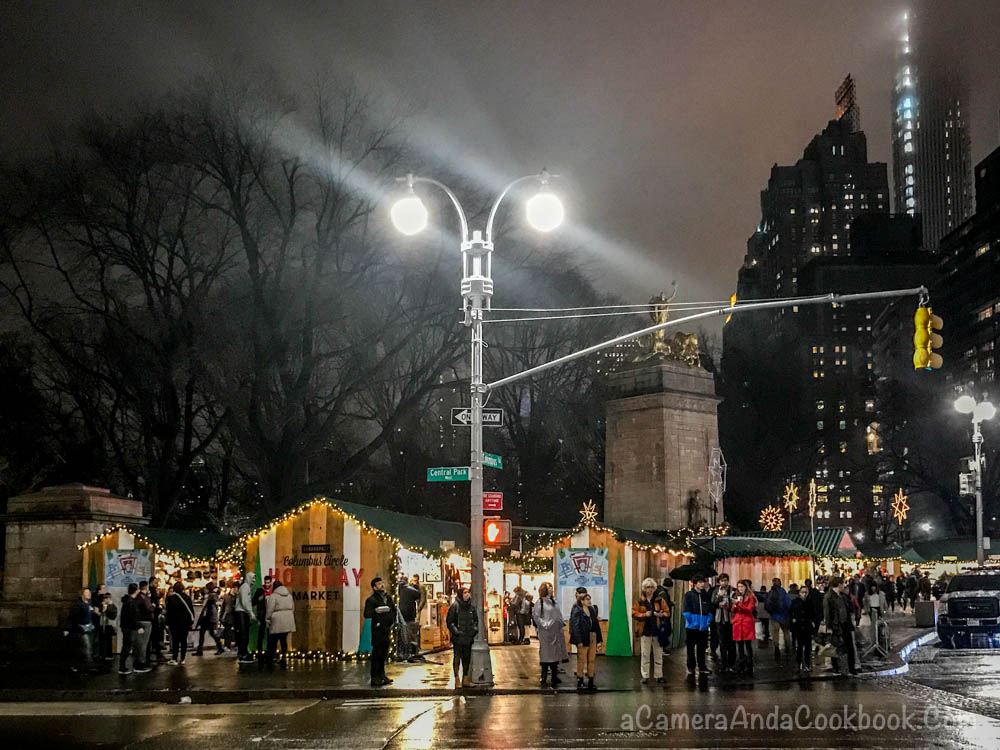 As soon as they got back Alex and I decided we couldn’t wait any longer to use the restroom, so we walked over to The Shops at Columbus Circle. 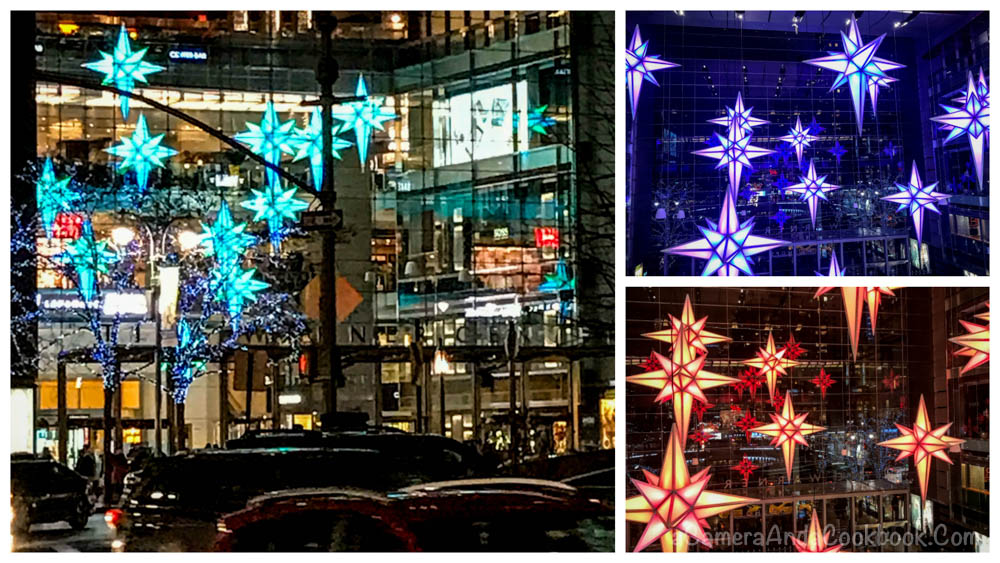 We walked back through the market so Drew and Caitlyn could see. They had everything from some really unique handmade baskets and bowls to homemade salsas and jams. When leaving there we cut through Central Park to the Famous 5th Avenue known for its lavish stores and extravagant hotels and restaurants.

Trump Tower was something that Alex was pumped about seeing. We went through security with armed secret service. 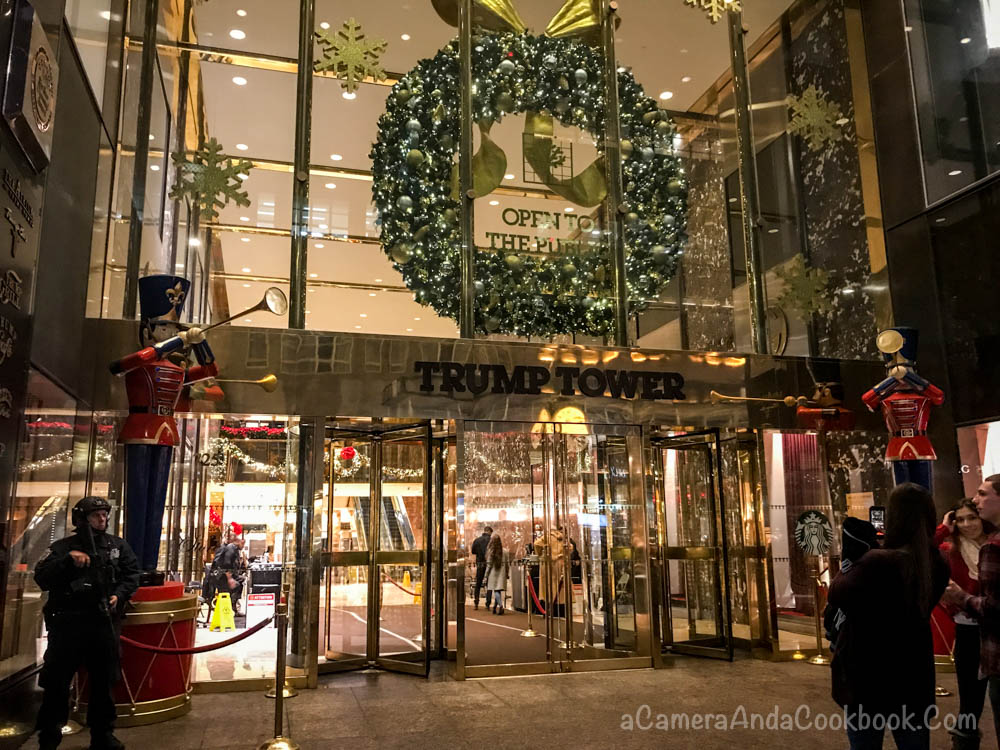 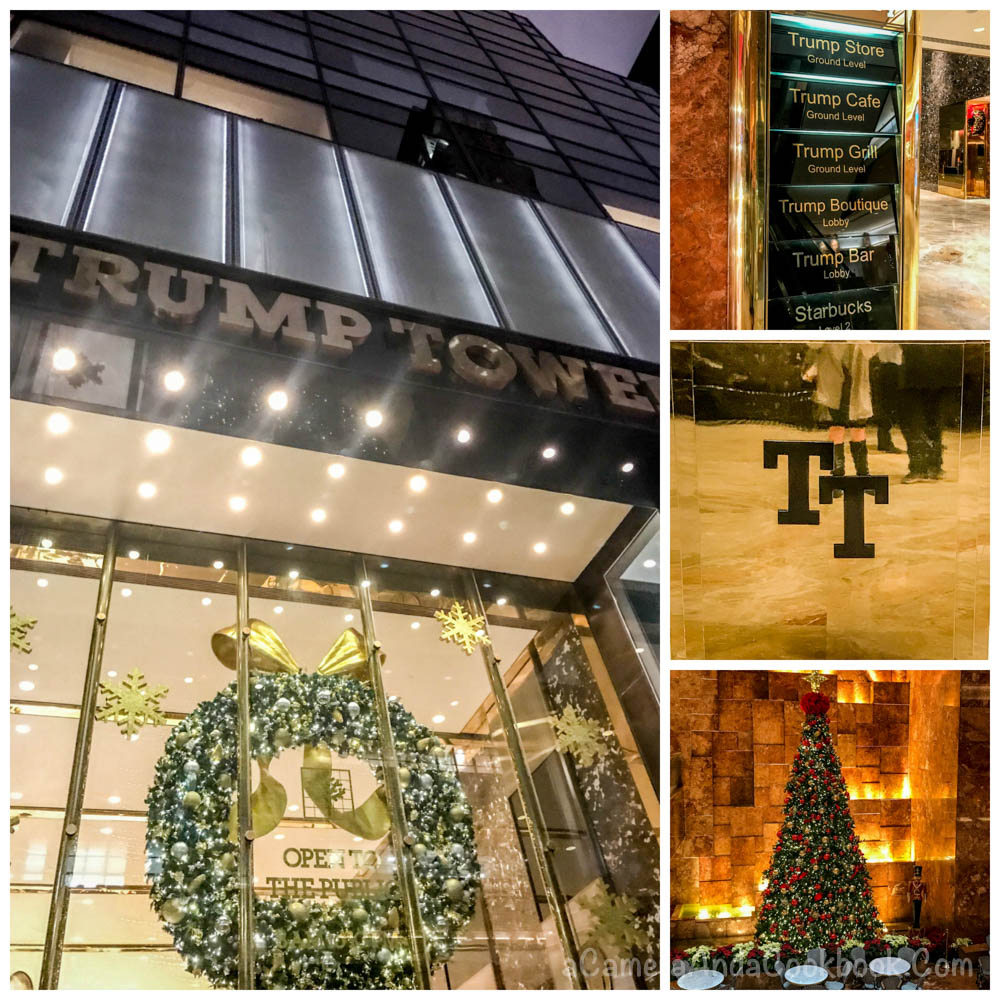 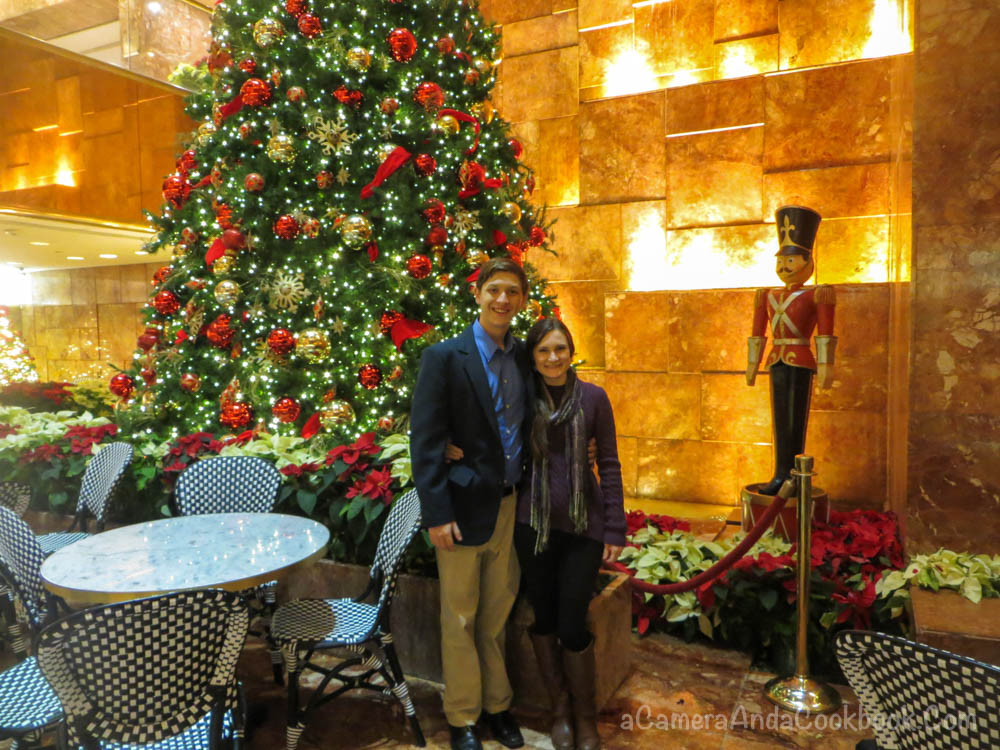 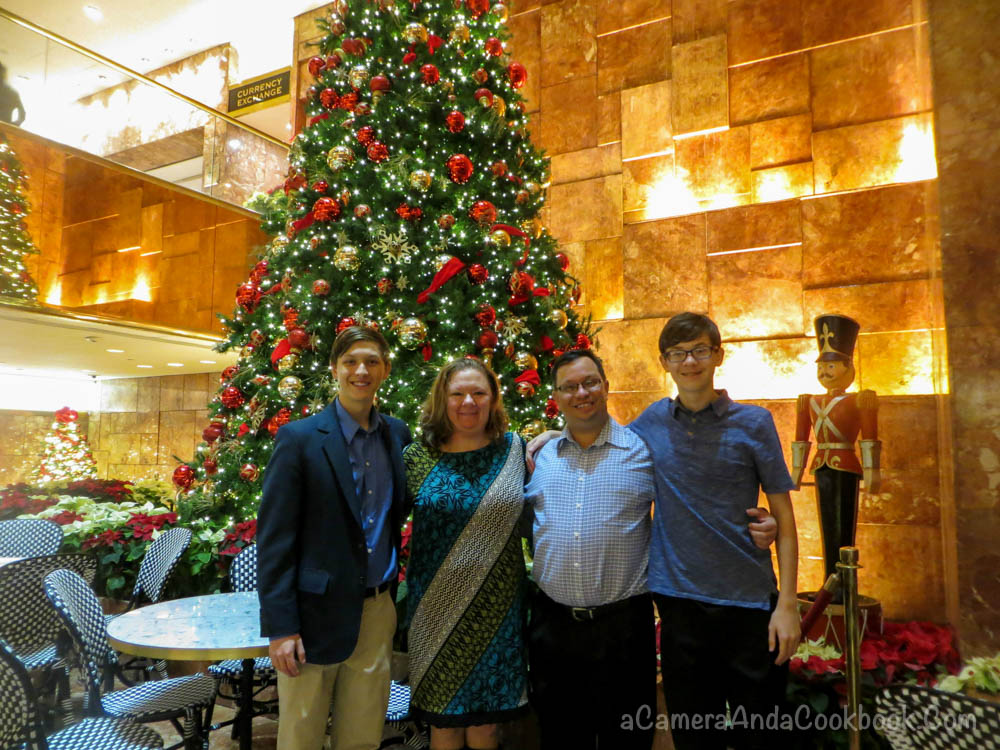 Bergdorf Goodman is a super fancy and very expensive store, but it is worth a walk through. The decor was gaudy, yet mesmorizing.

The window displays were also over the top, yet I just couldn’t stop looking at them. 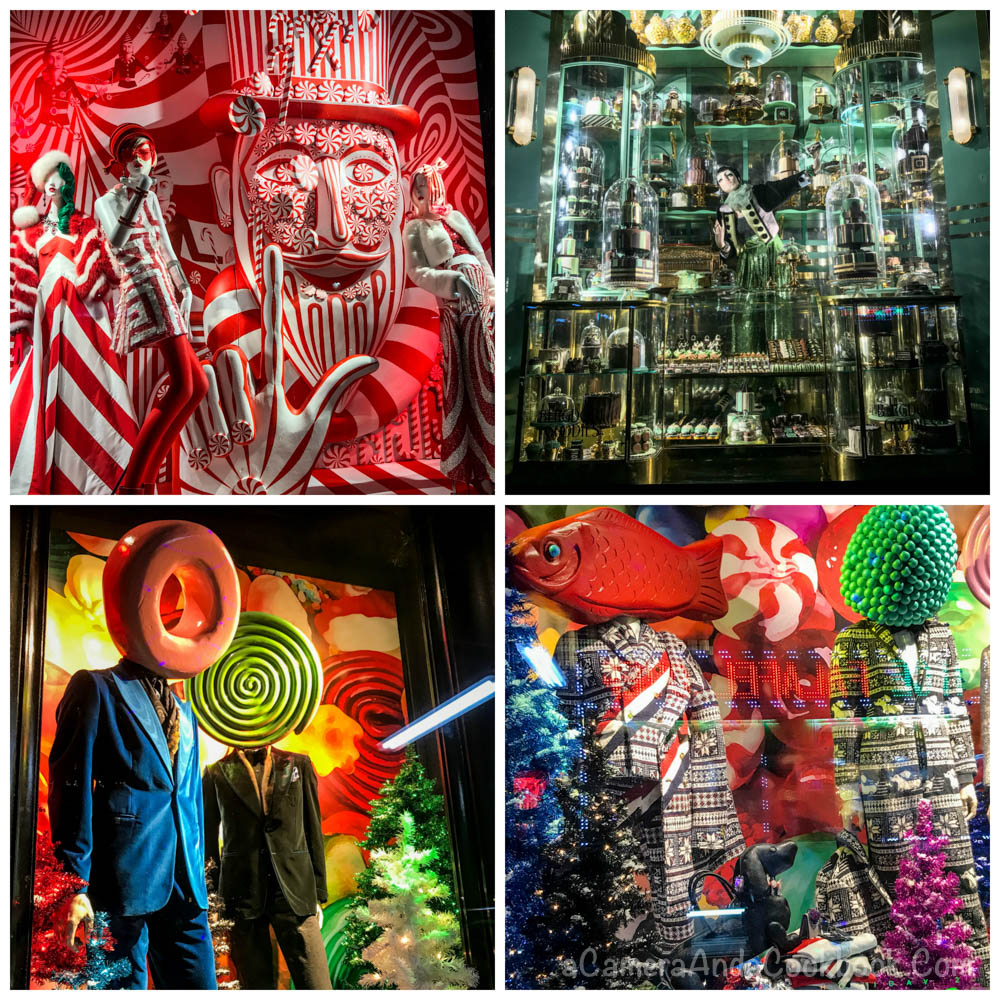 We had to stop by the Apple Store on 5th Ave. It was under construction on the outside, but its always interesting to see different apple stores. 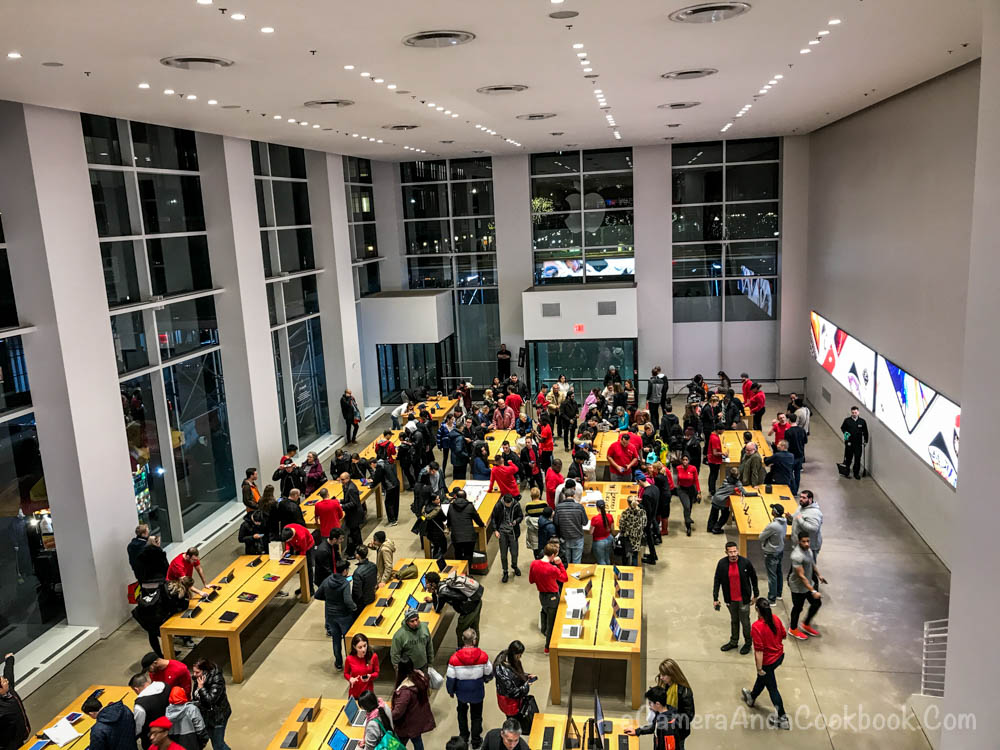 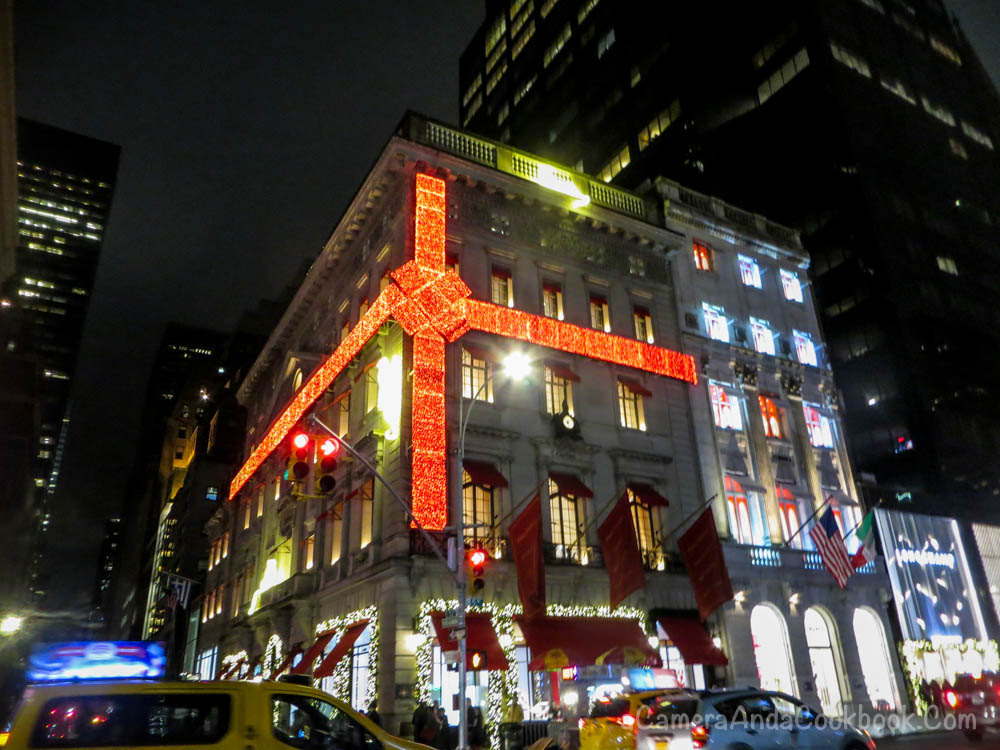 The Saks Fifth Avenue Christmas Light show is a must see if you’re in town during the Christmas season!

Next on our list was Rockefeller Center to see the ice skating, the infamous tree, and other beautiful Christmas decorations. 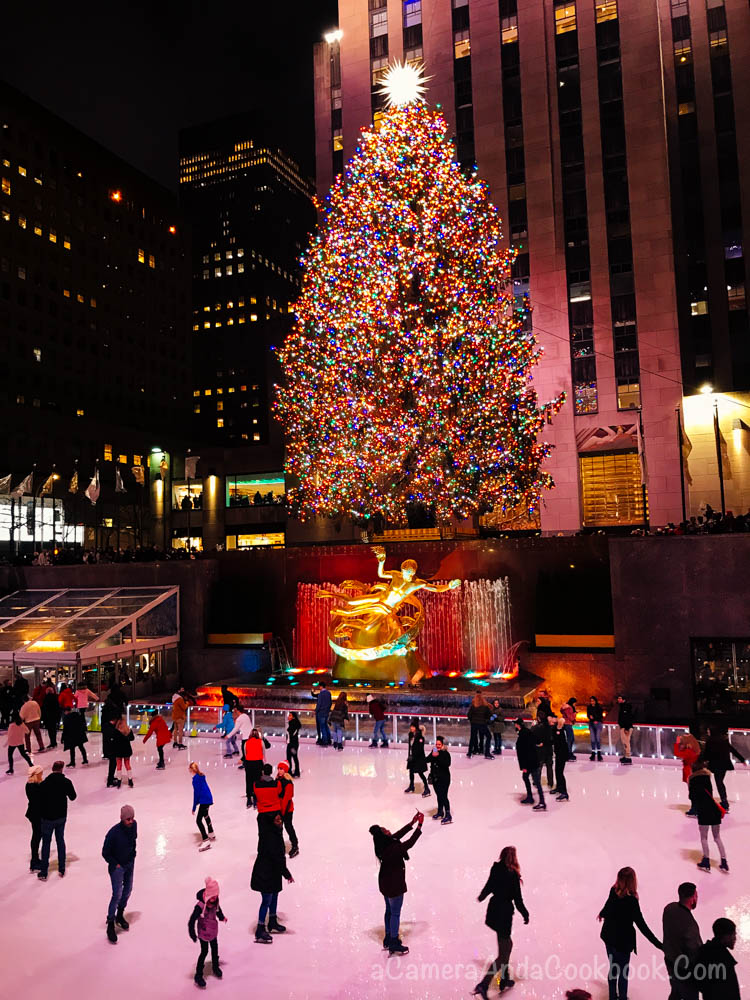 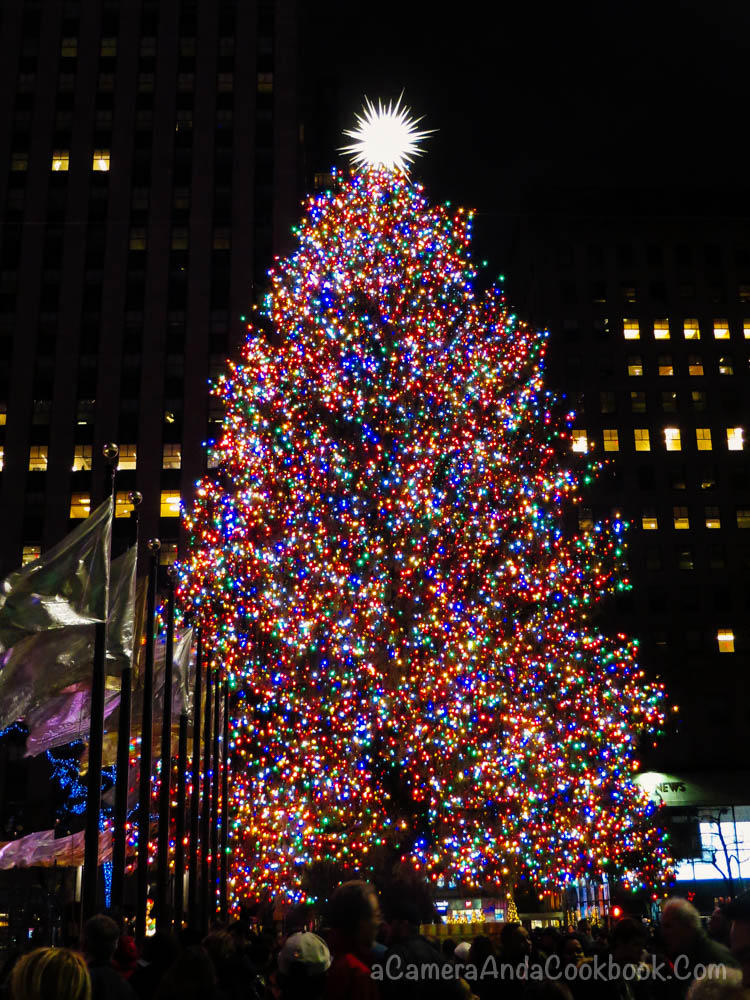 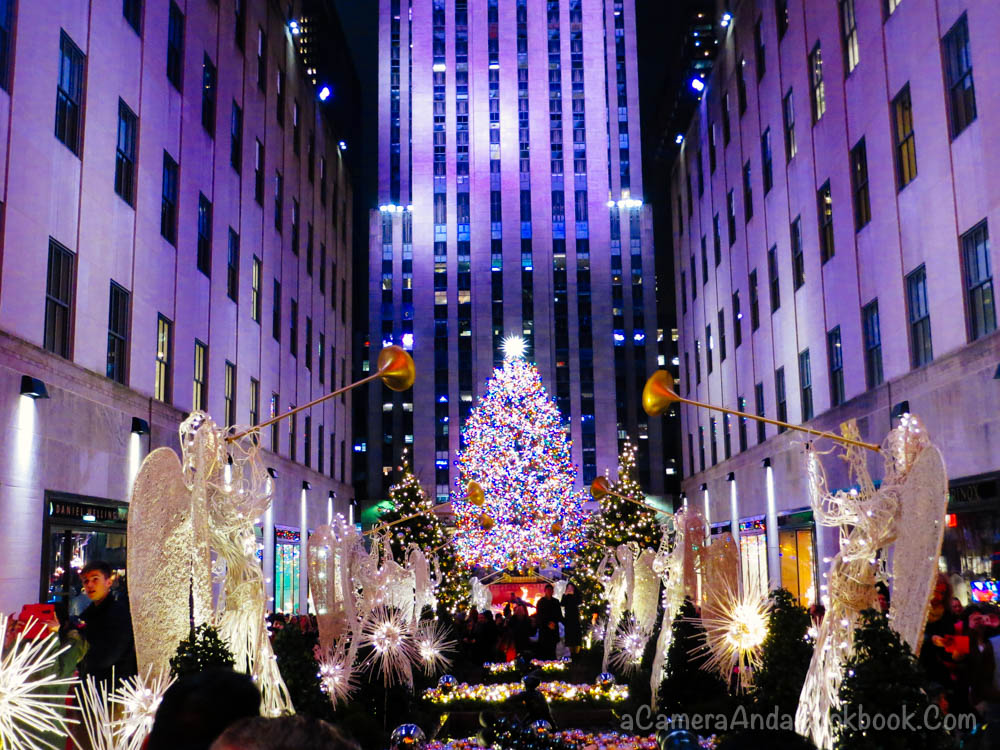 We ended our day by walking through back through Time Square, where we watched some street performers.

Want to read what we did the next day? New York City Day 3