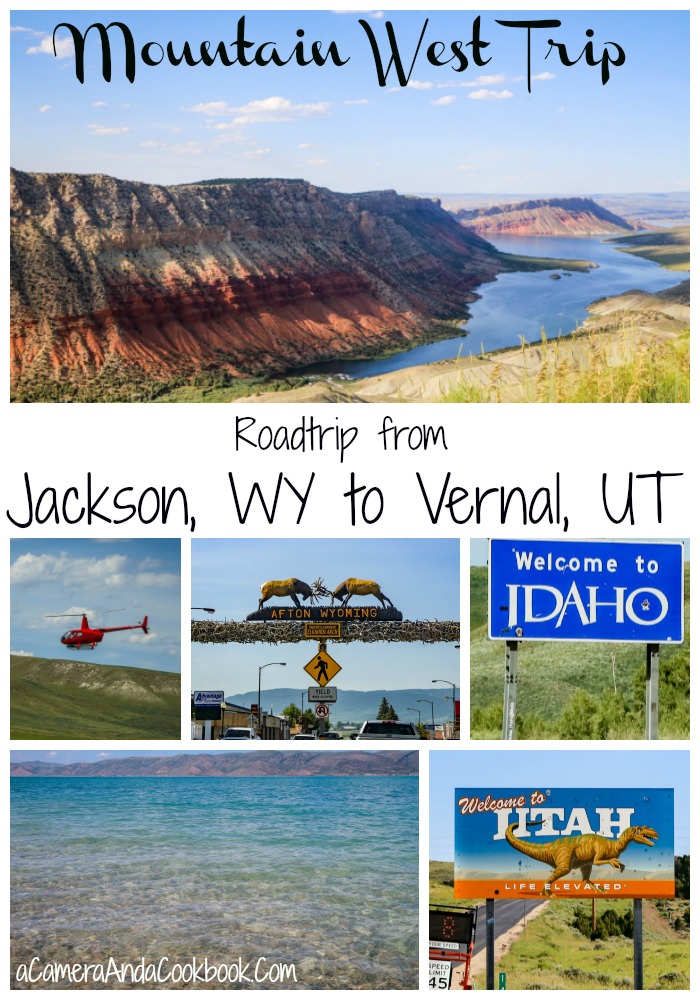 We got up, loaded the car, grabbed some hotel breakfast, and headed out for more open road! 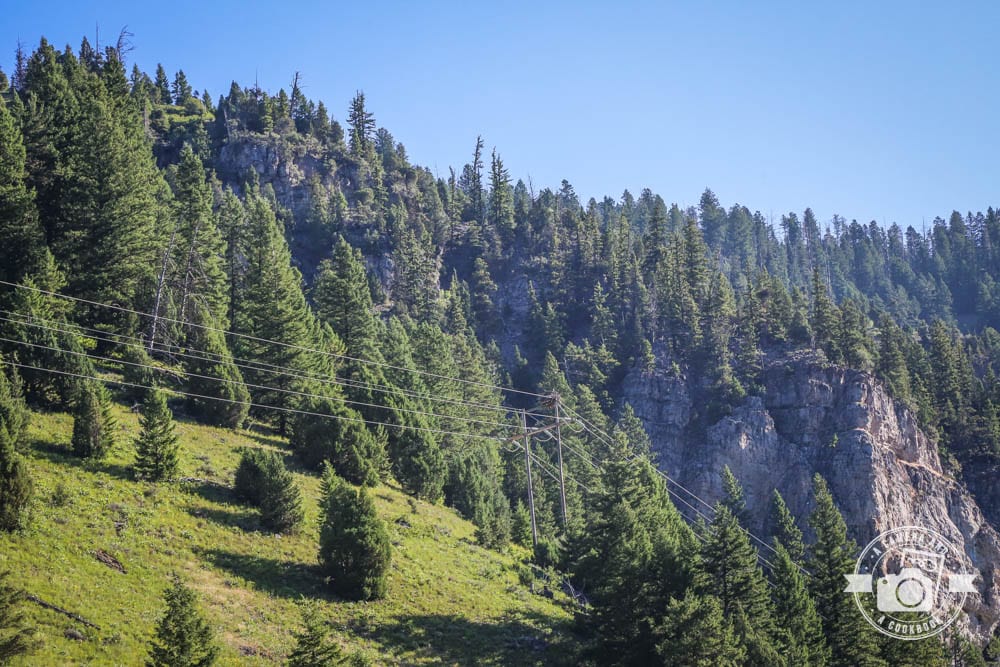 Not long after that we passed this sign that said Auburn, WY. 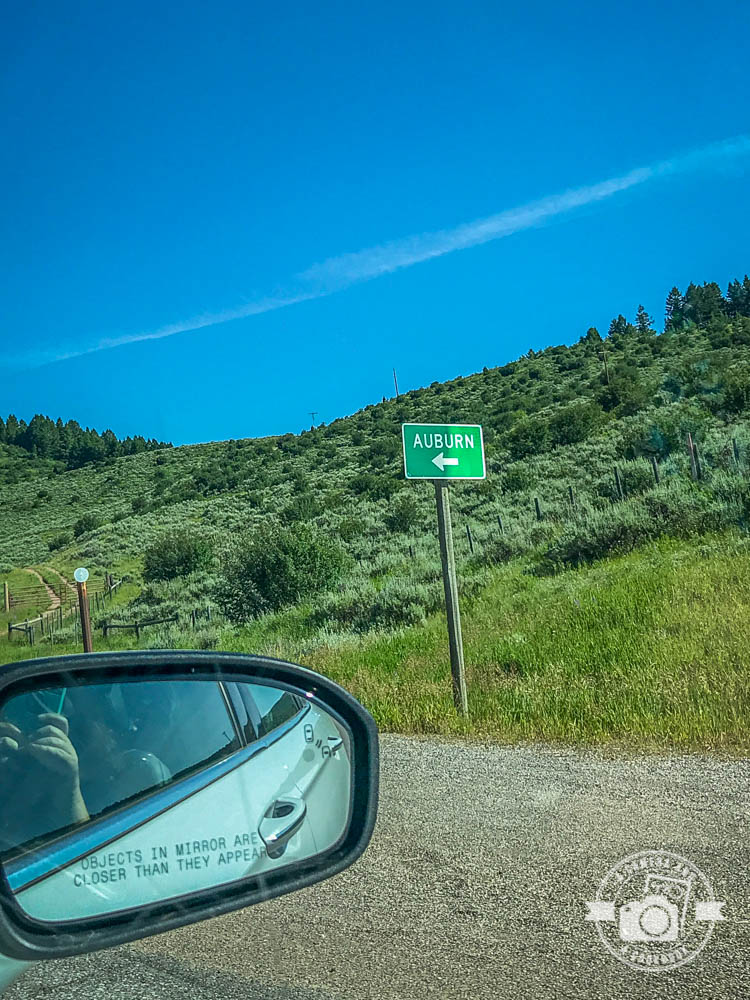 Since we’re from Auburn, AL, we’re always interested when we see other states with towns called Auburn. It was hardly a town with a population of less that 400 people in the 2010 census. The first settlement in Auburn, WY was made in 1879. 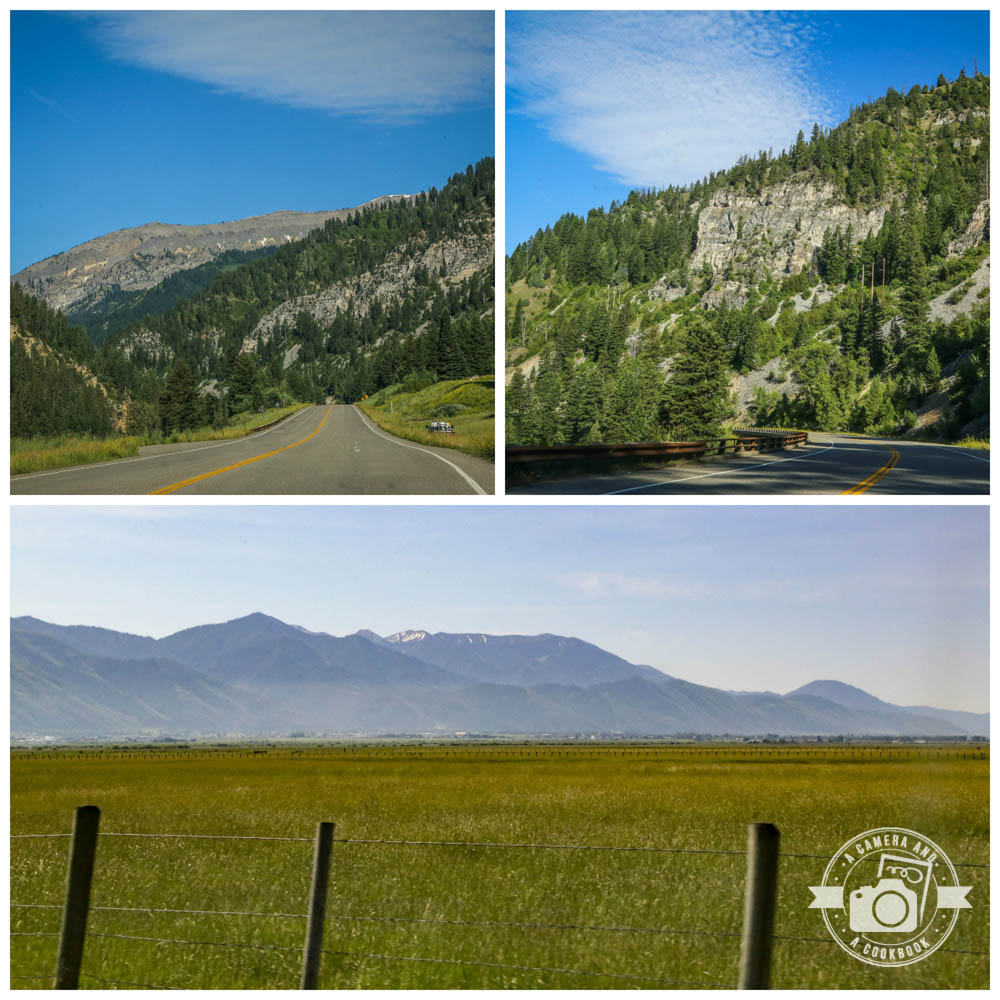 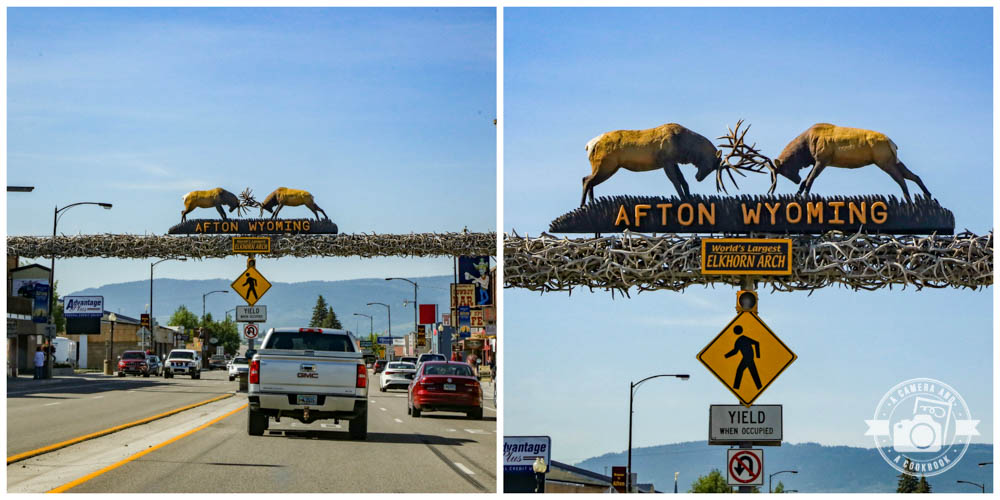 We were excited to be able to cross another state off our bucket list as we made our way into Idaho. Montpelier was the town we came to. As soon as we entered we started seeing signs to the Butch Cassidy museum. Interesting to know that the Butch Cassidy robbed a bank in Montpelier, ID and got away with a whopping $7,000! Back in the late 1800’s that was a LOT of money! Butch Cassidy is an infamous, U.S. train and bank robber as well as the the leader of a gang of criminal outlaws called as the “Wild Bunch” in the American Old West.

Montpelier, ID has a population of only about 2,500 and is the largest community in the Bear Lake Valley. It was settled by Mormon pioneers on the route of the Oregon Trail. So much history. I really want to go back to this area! 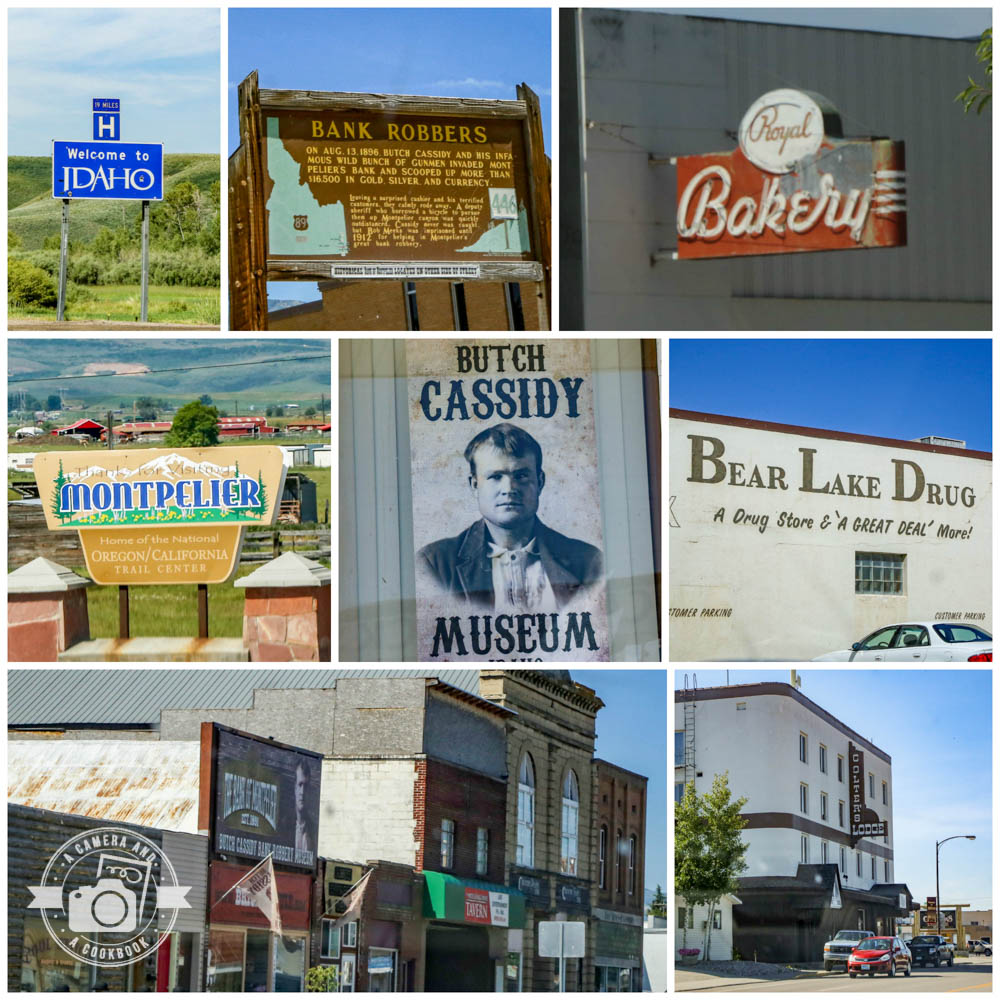 Then we crossed the border over into Utah, where we ate lunch at the Bear Trapper Restaurant. 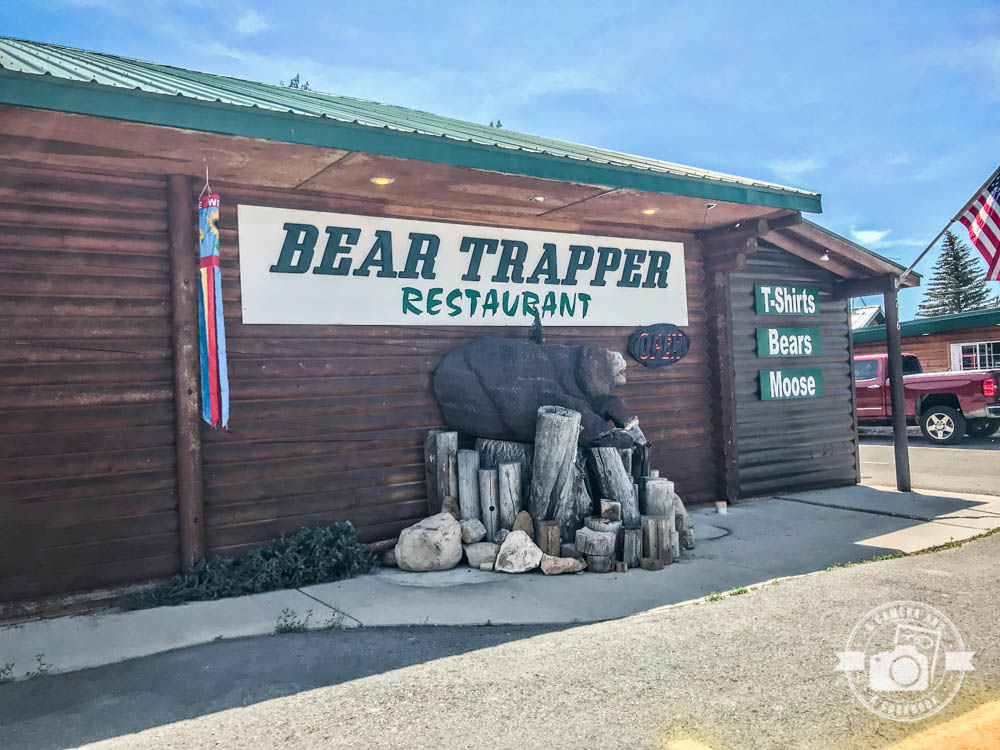 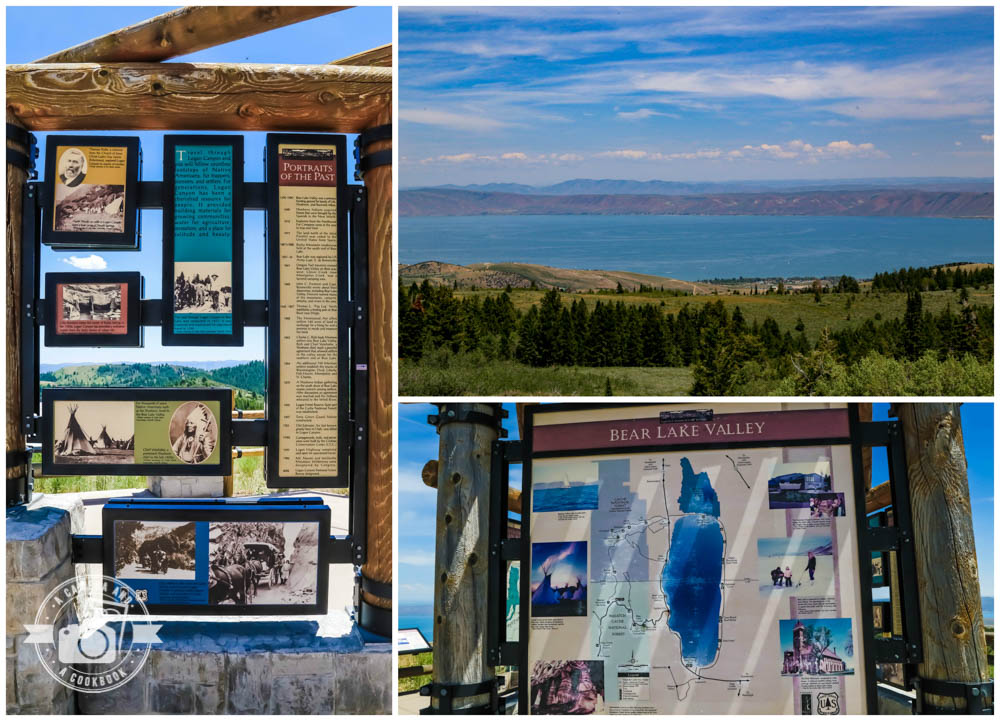 When we first got into Garden City we stopped at the Visitor Center, where the employee gave us the recommendation of having a Raspberry Shake while in town. So we ended up at Ber’s Shakes & Sodas. These were super inexpensive and absolutely delicious! I’d go back there just to have one of these again! 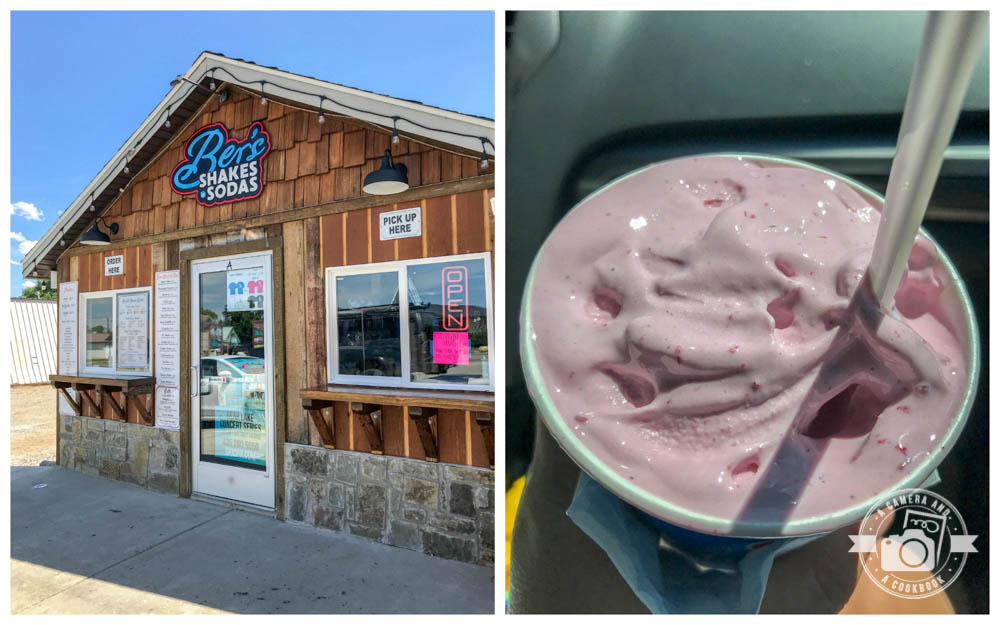 The first place we stopped at Bear Lake was a beach behind Garden City Park. We all changed in the bathrooms at the park and then walked over. The boys got in while Rob was on the phone with his Dad. I just stood there and took pictures. We ended up not staying there very long because of there being so much seaweed type stuff in the water. 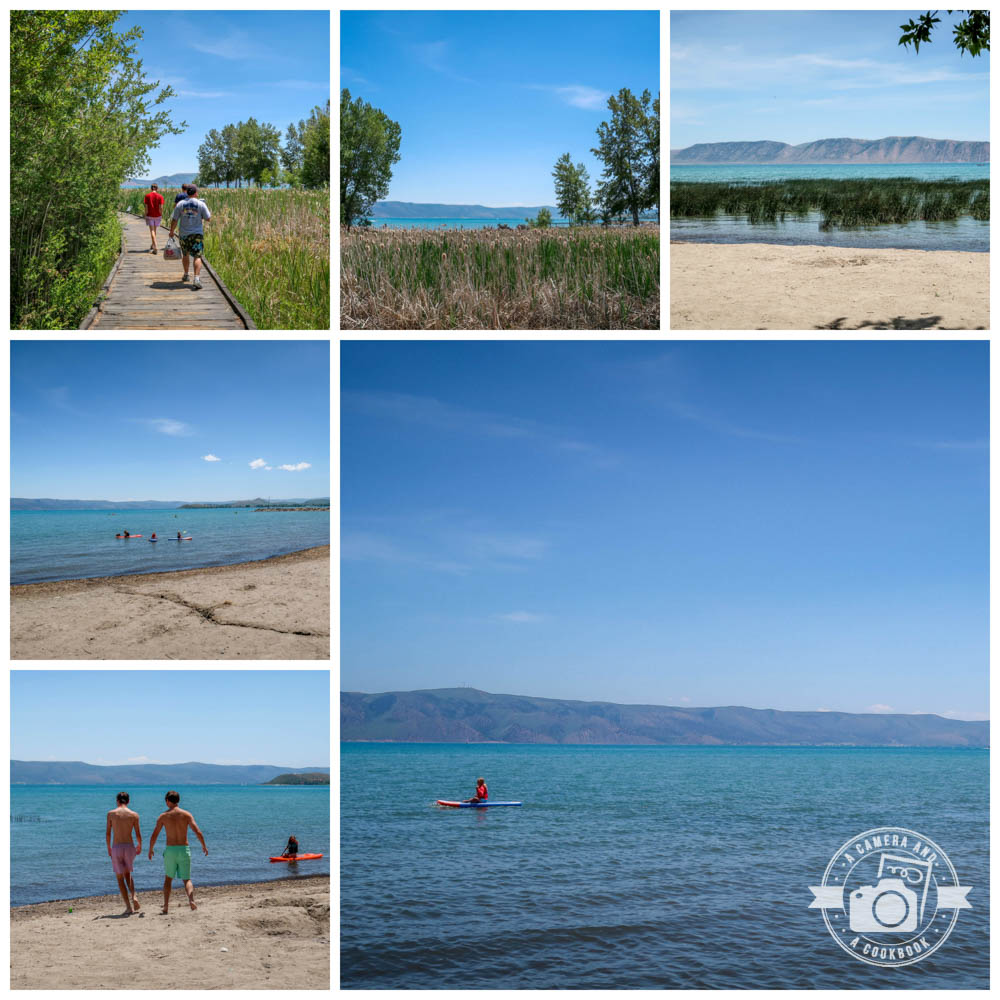 After that we thought we’d try Rendezvous Beach. However, that’s part of Bear Lake State Park, which requires an entrance fee and we weren’t going to be there long enough to pay. We finally just pulled over at 41°51’44.82″ N 111°21’53.538″ W and the boys stood in water and skipped rocks for a few minutes. The other thing about Bear Lake was that the water was super cold. We looked up the temp of the water online and it was in the 50’s! So the girl at the Visitor Center was wrong when she said it would be really warm. 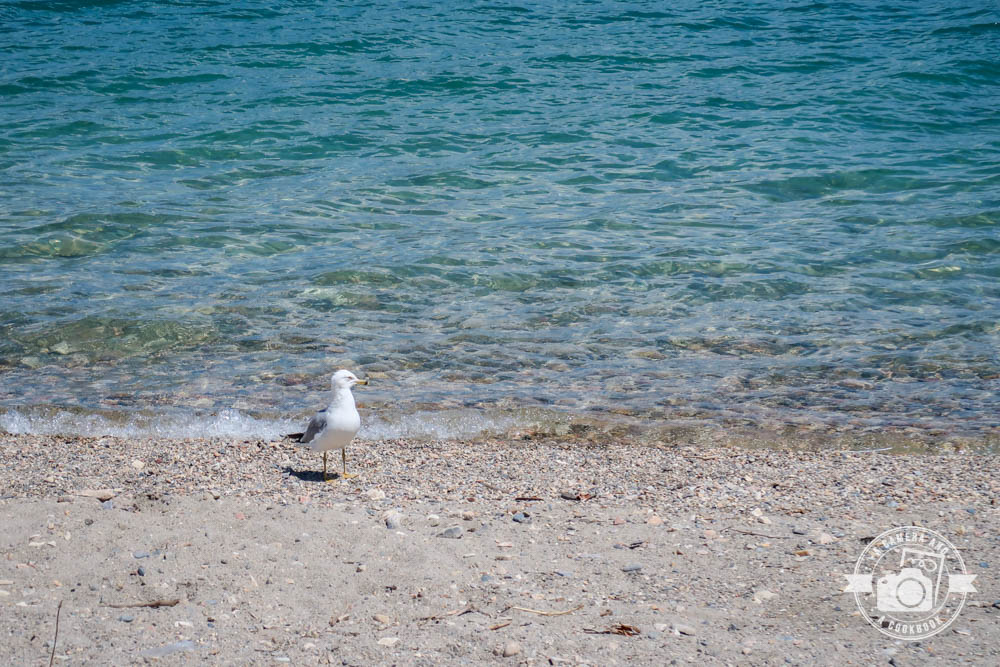 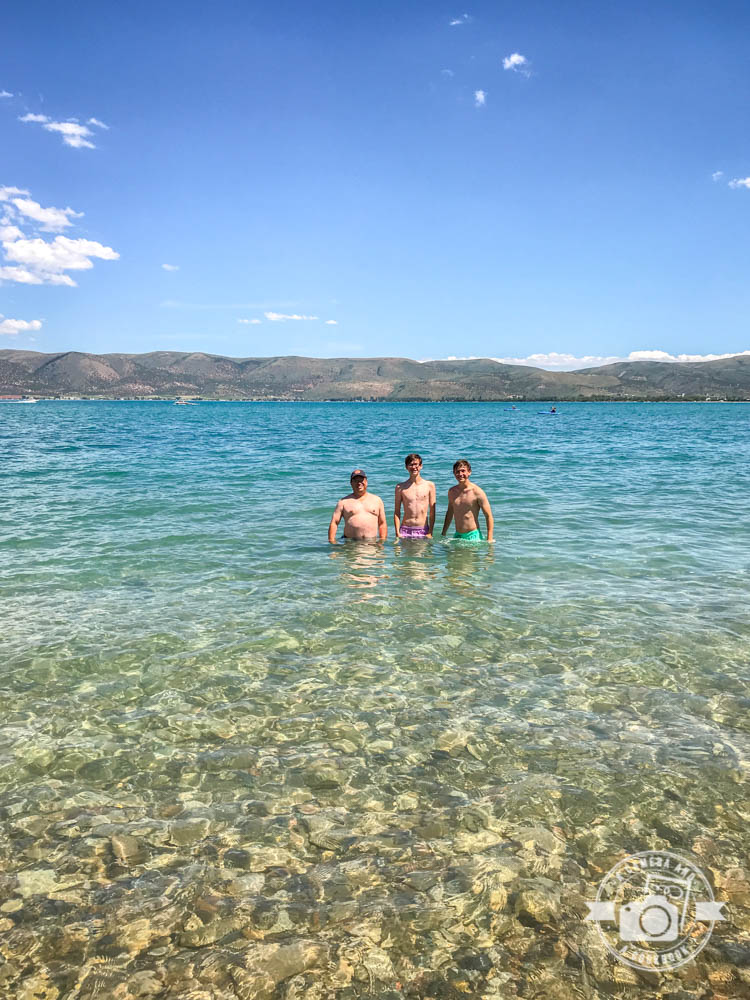 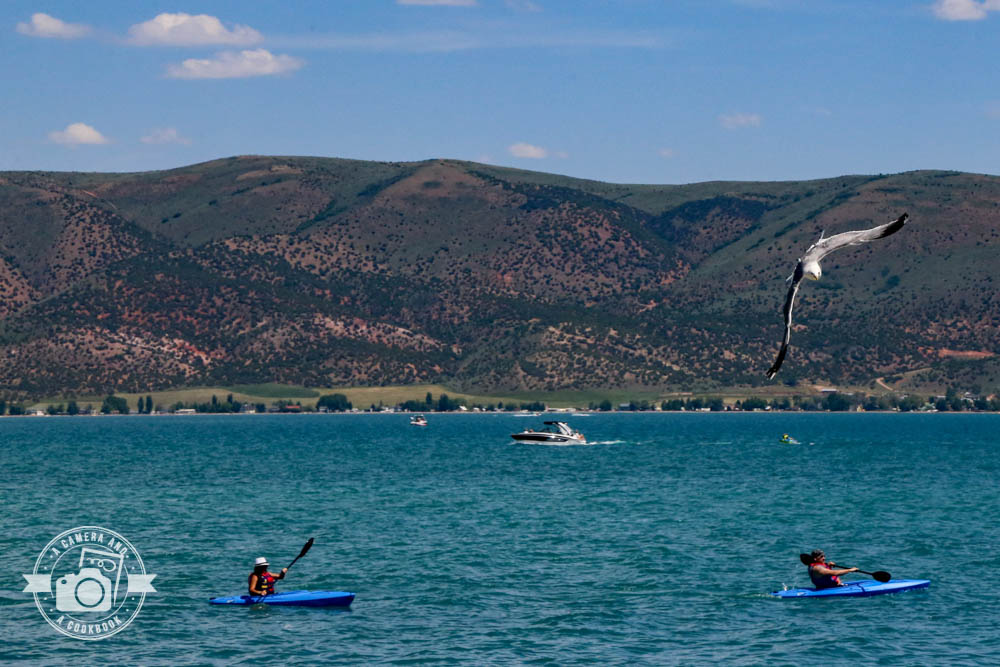 I mean it is absolutely beautiful though! 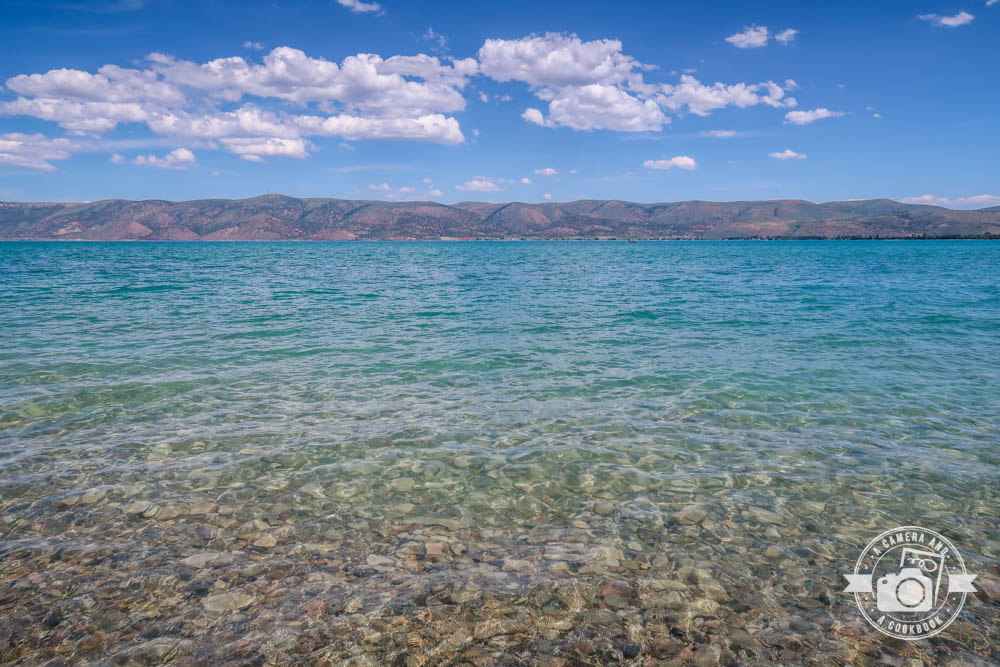 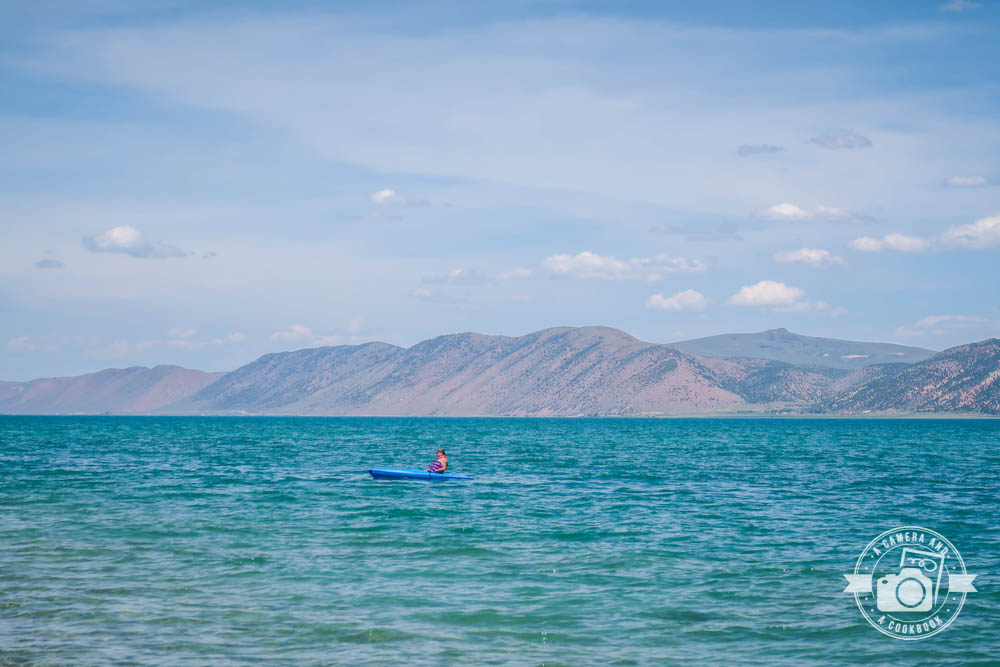 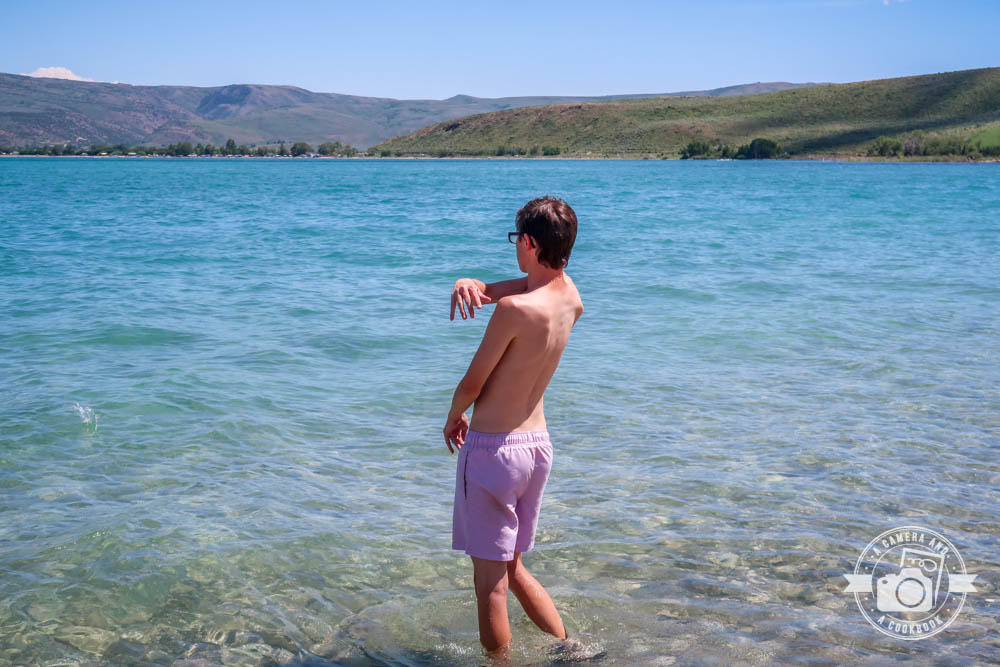 Next on our list of photo ops was Flaming Gorge National Recreation Area. We were racing against daylight so we didn’t stay long, but got to see this beautiful sight. Photos truly do not do it justice. 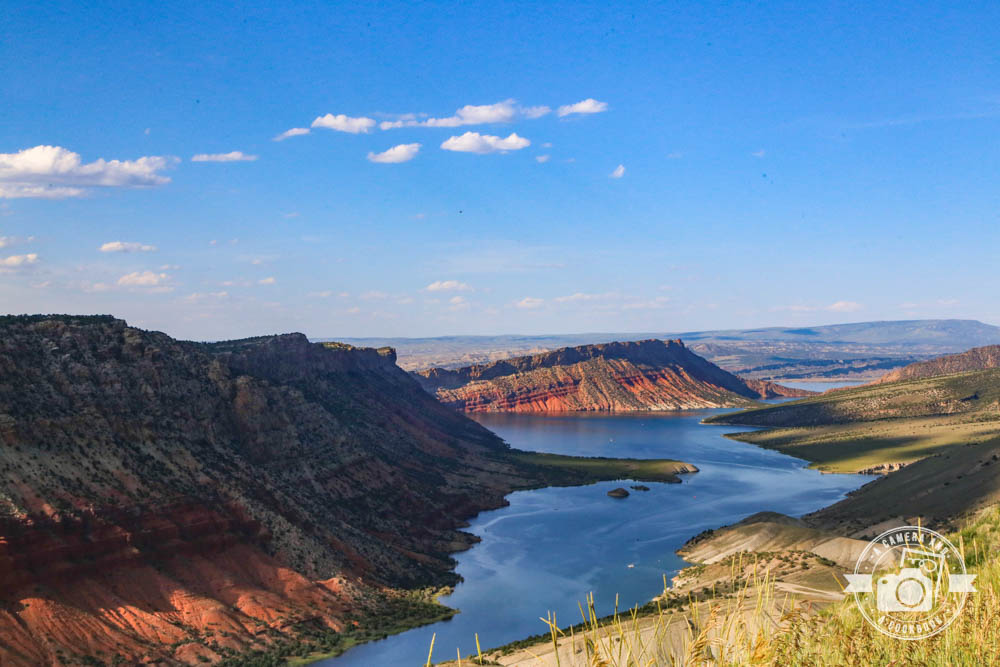 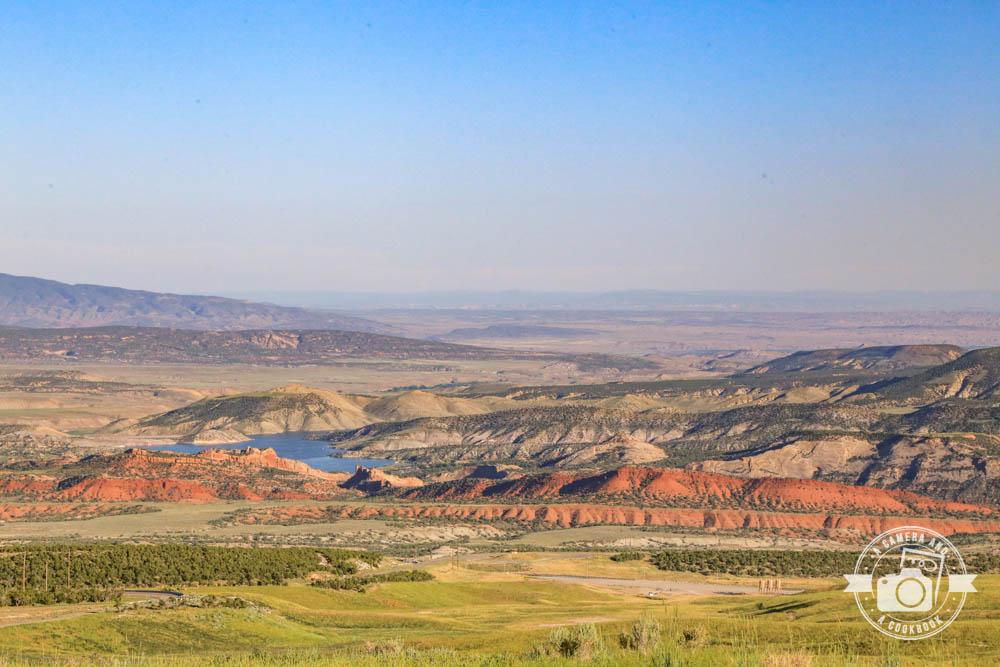 We stopped in Kemmerer, WY, another really cute little town in Wyoming. This one is notable because this is where J. C. Penney company was founded in 1902. We went to the original store, but it was already closed for the day. We continued on to our hotel in Vernal, UT. 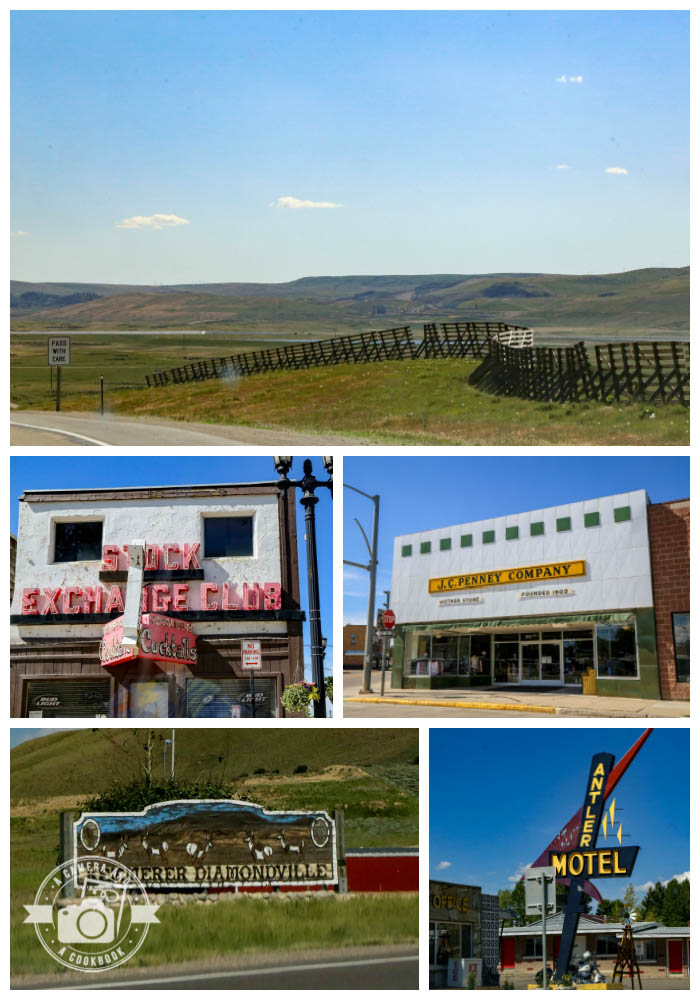 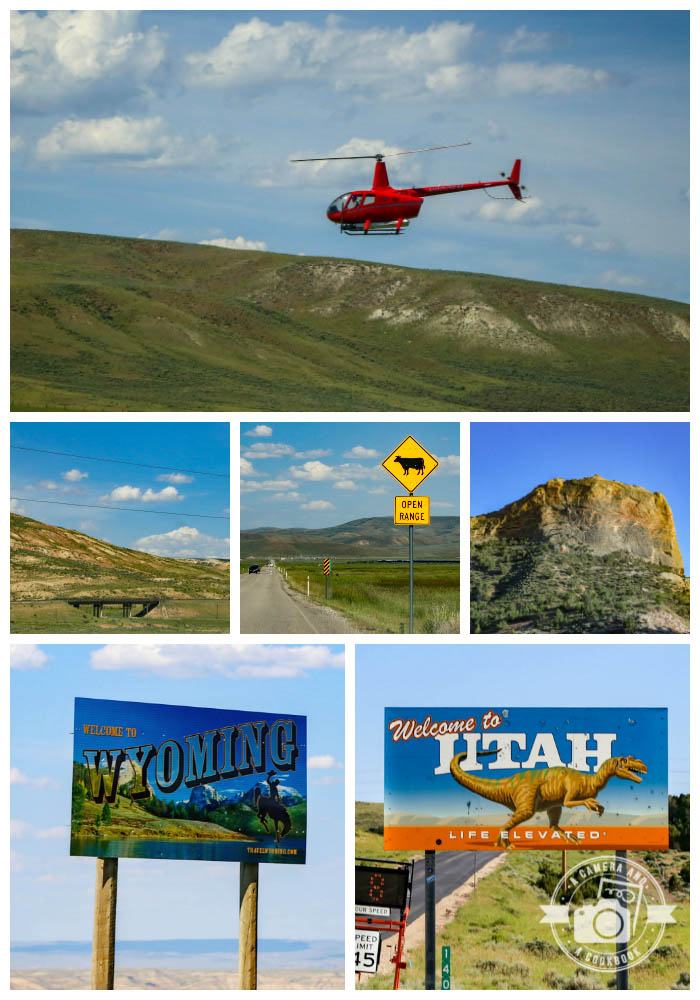 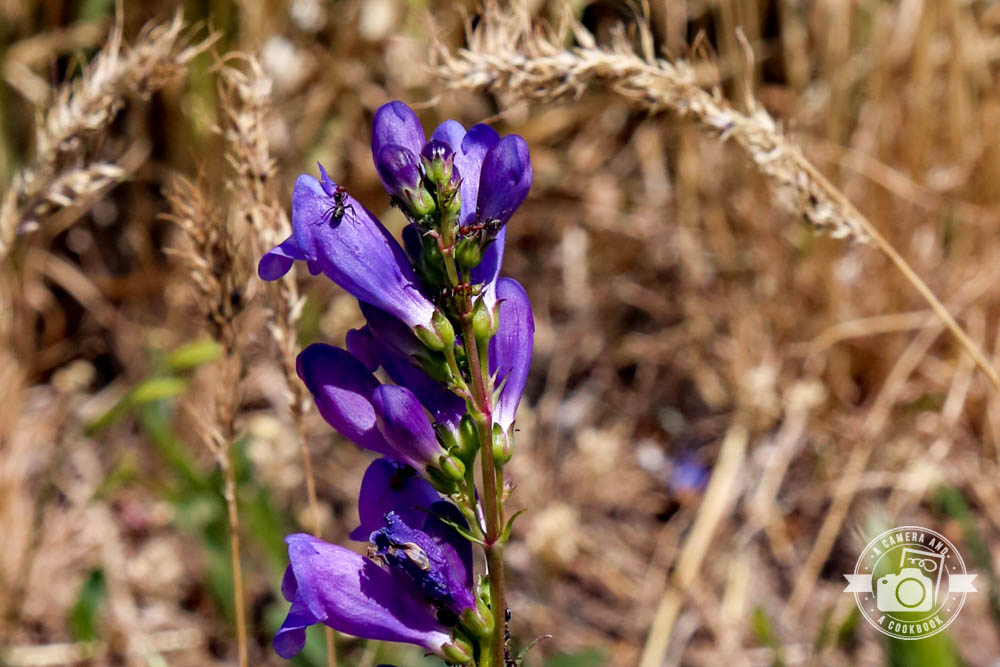 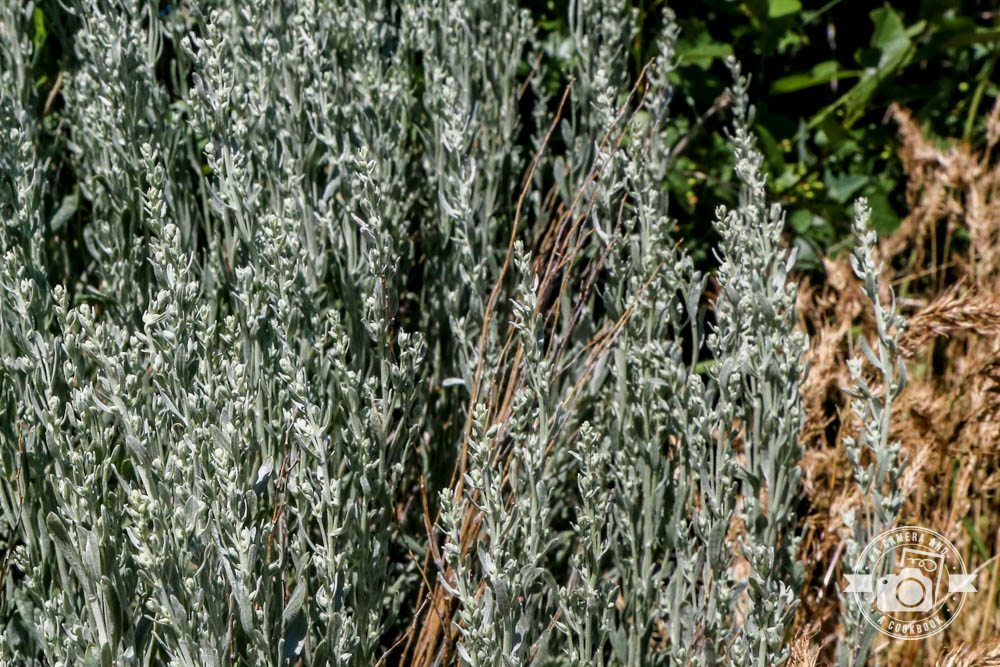 We got to Vernal, UT, checked into the hotel (Quality Inn Vernal Near Dinosaur National Monument), and then needed to find something for dinner. It was Rob’s birthday, so he got to choose dinner. We ended up at Swain Brothers which was a restaurant in our hotel. Drew and Rob ended up having the All You Can Eat Steak! I think they both ate a steak and half.

See full list of posts from this trip>>>Mountain West Trip

Look next Tuesday for my next Mountain West Trip post where we continue on to Denver, CO.