The other day after work I was out running errands for Drew’s graduation party. I hate when I have one thing to get and it seems like the simplest thing to find and you can’t find it. Well, I had decided to forget about it and go home, which I wasn’t real excited about because Alex was not wanting to go to soccer practice. While dreadfully driving towards home, Rob texted me and invited me to go to the Draft House with some of his coworkers. I didn’t bat an eye before heading towards downtown.

While drinking a beer, Ron, who’s a coworker of Rob’s, was like, “I’ve never been on a blog before.” He said, “If I take a picture of you, will you put it on your blog?”

I responded in the affirmative. Then, Rob and I were like, but you’re really not on the blog, just a picture you took. So next time, I’m gonna make him really famous by taking a picture of Ron and posting it!

So here’s a pic of Rob and me at the Draft House by Ron…making Ron famous! 🙂 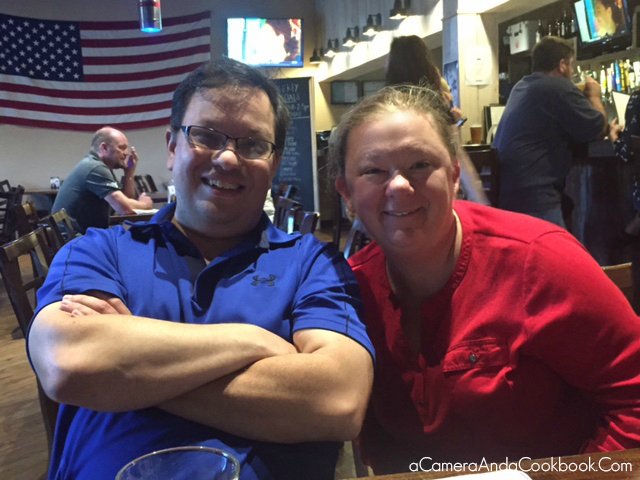