In early December we headed off to Gatlinburg for a soccer tournament.
Friday
Friday we worked half a day and then went and check Alex out of school. Came home and loaded the car and picked up #5 to try and make it to Gatlinburg in time for their Christmas Parade. 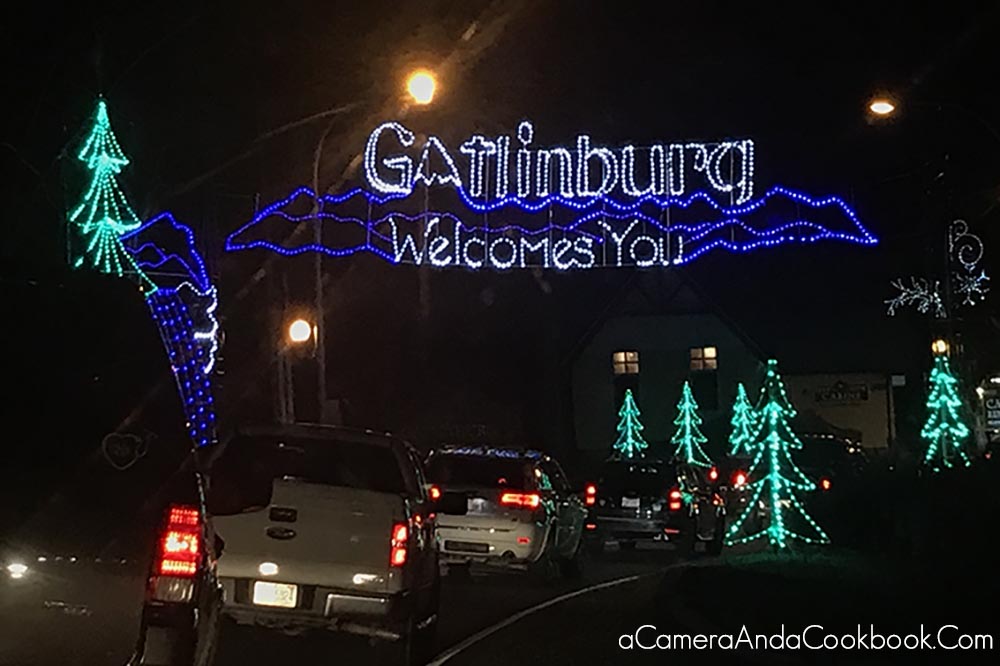 Our friends, the Farrows were there with their younger son, so we met up with them at the parade. Here I am with Julia. 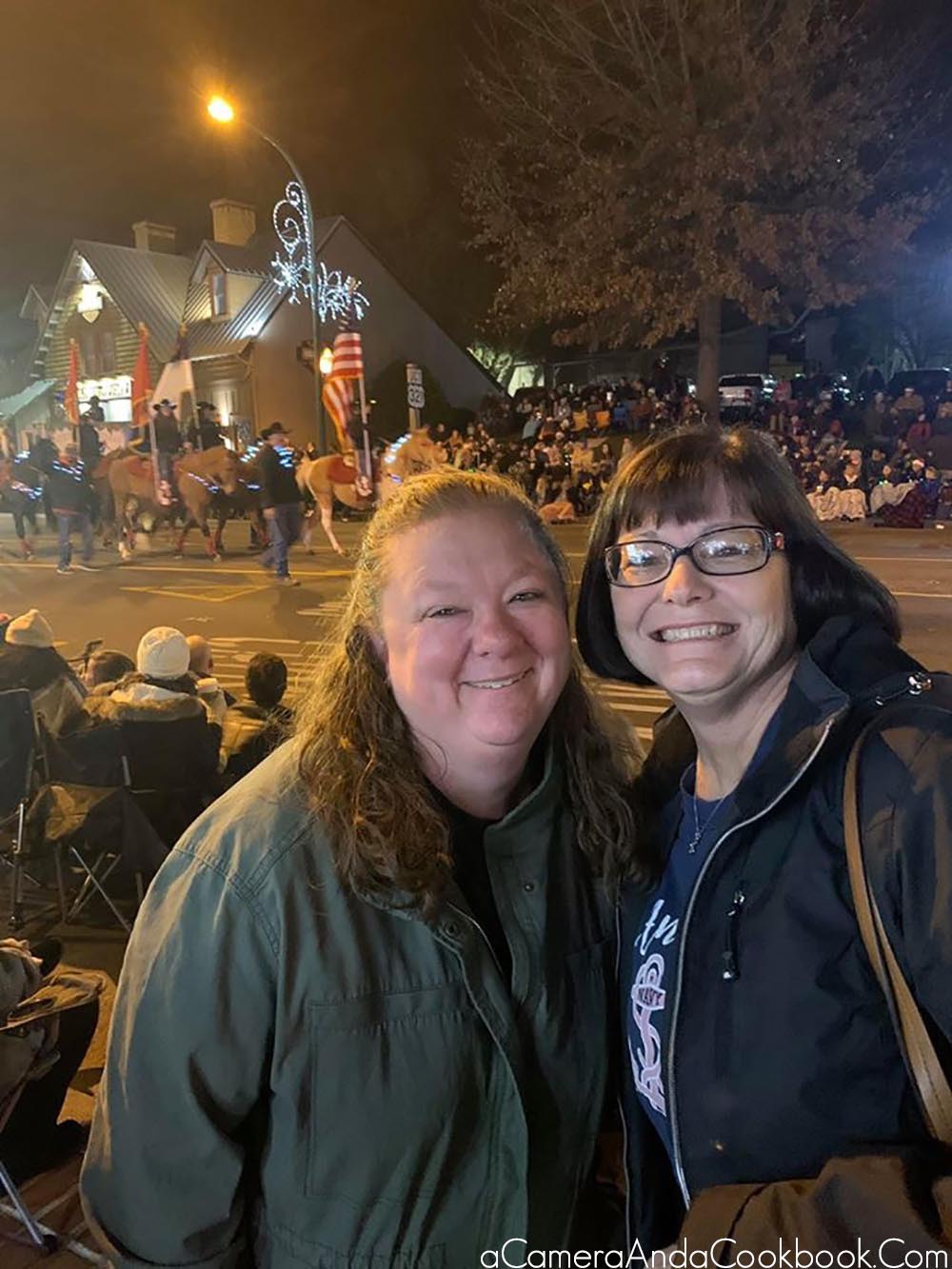 I loved that they had a car that looked like the one from Christmas Vacation. 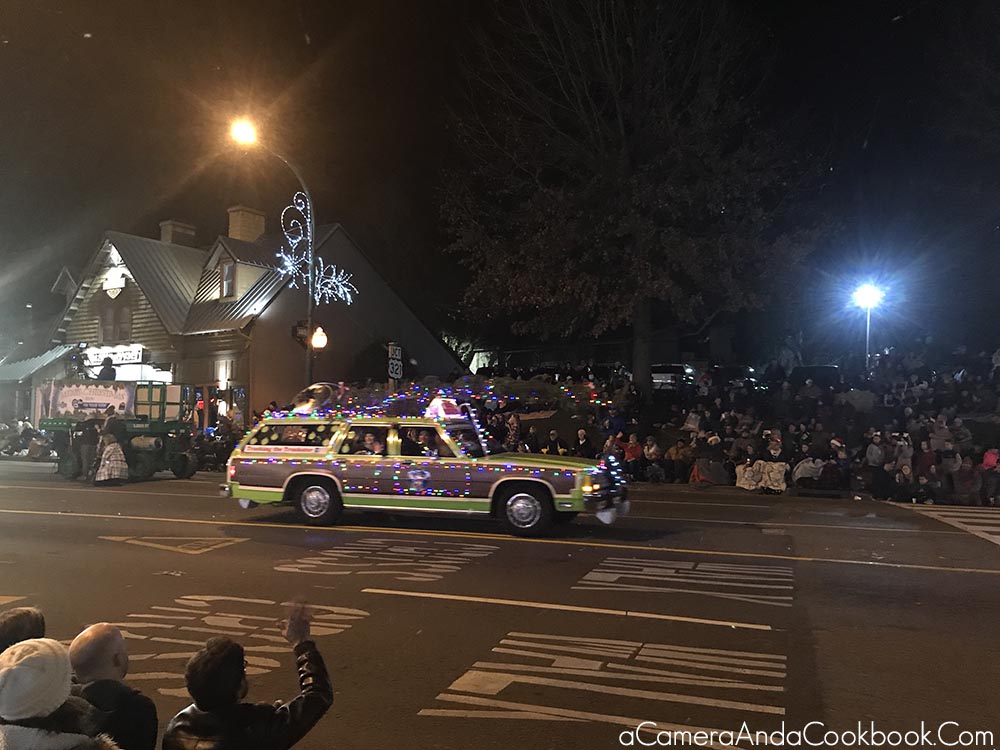 Saturday
After a quick breakfast at the hotel, we headed out with Alex, #5, and #99. We walked around and ended up at the Space Needle. 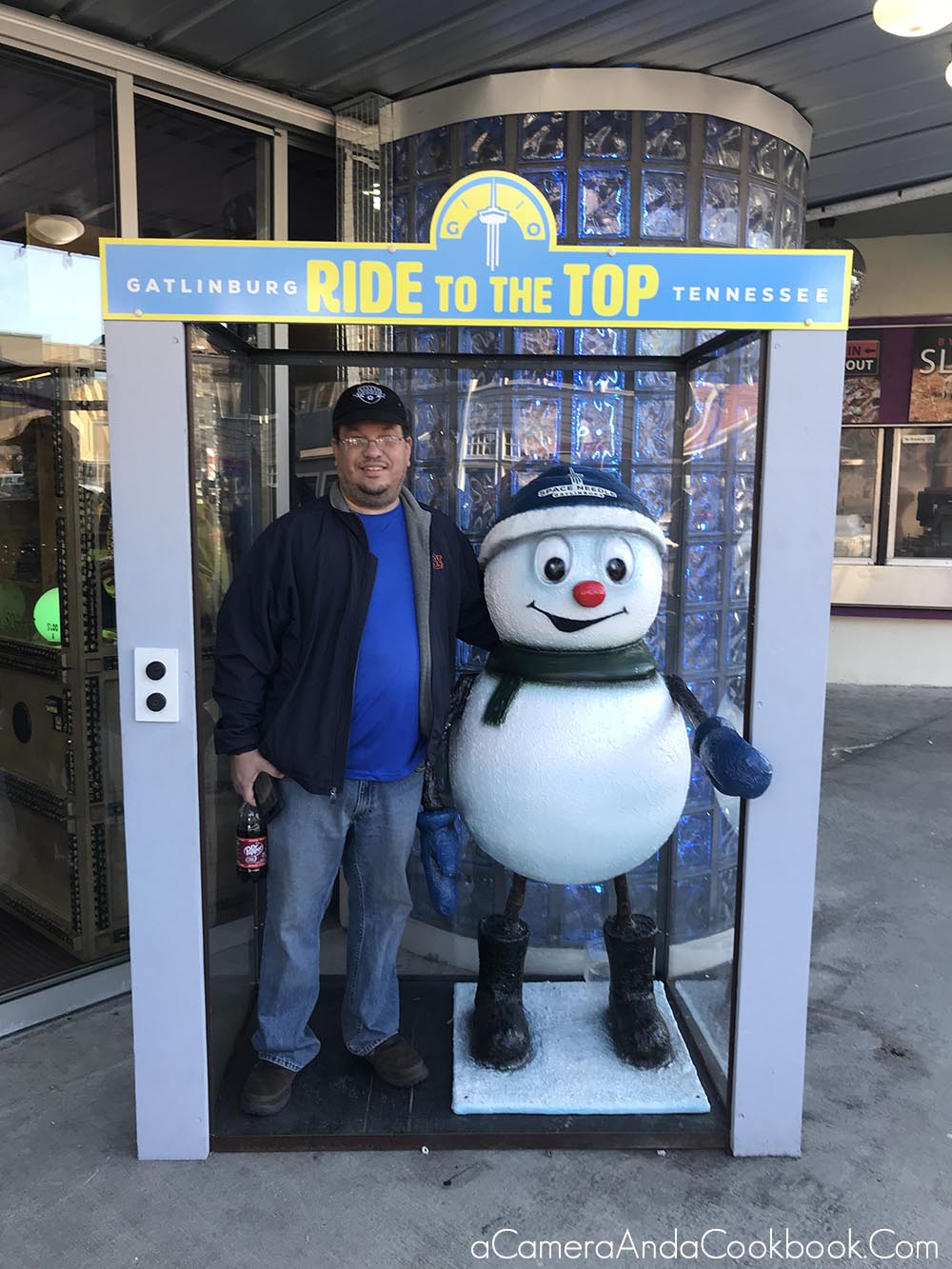 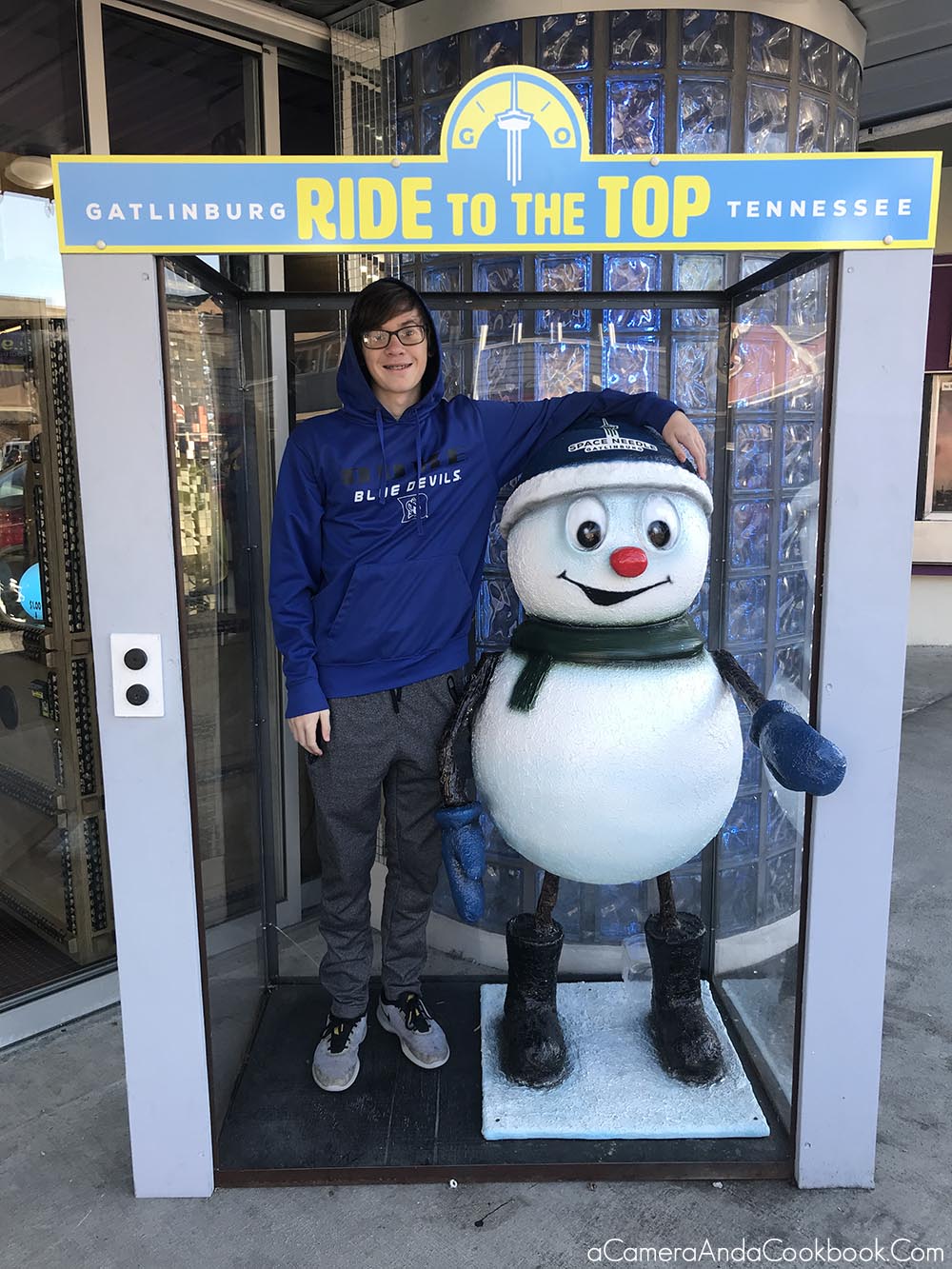 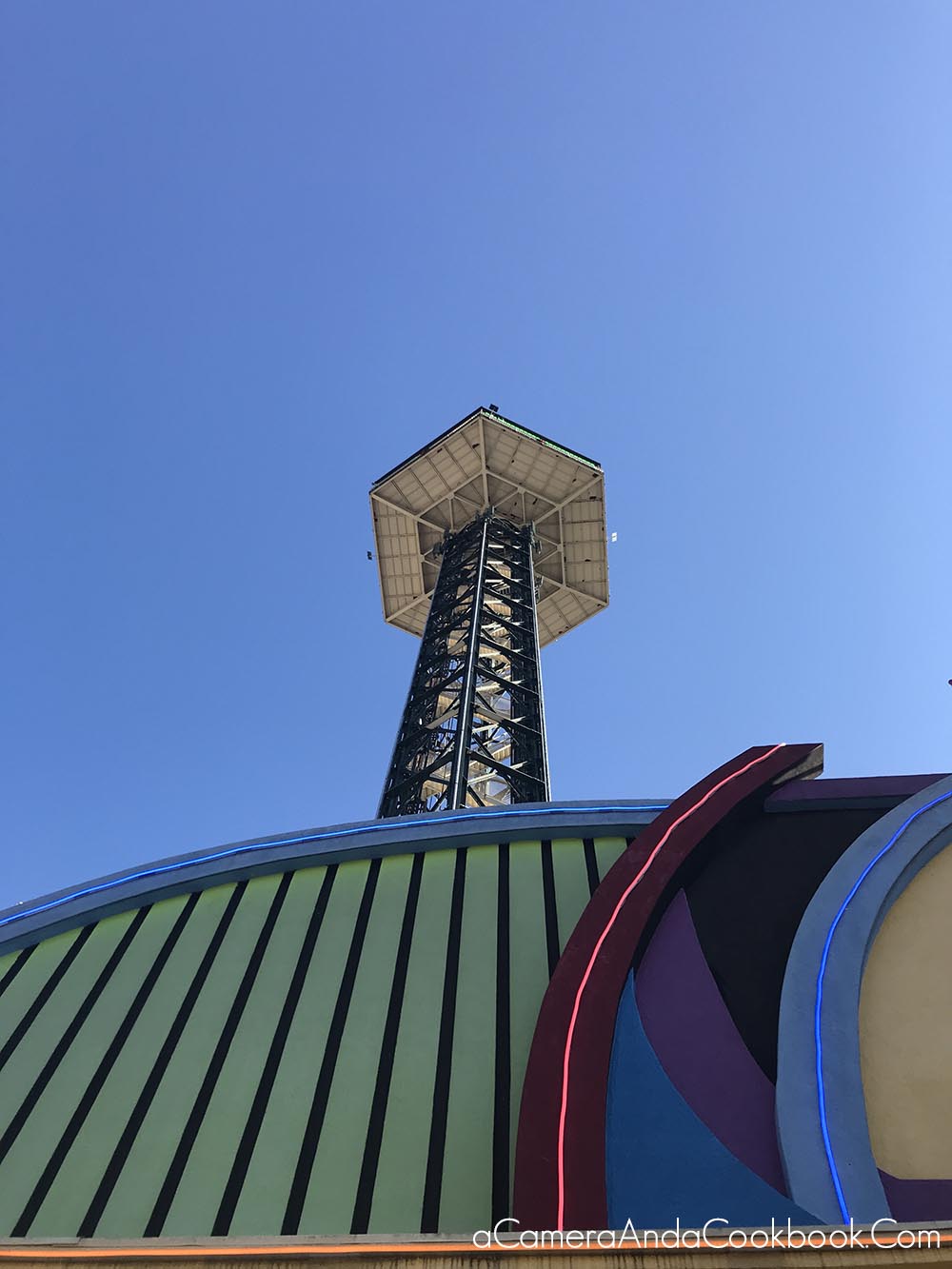 We ended up meeting back up with several team mates and their coaches. 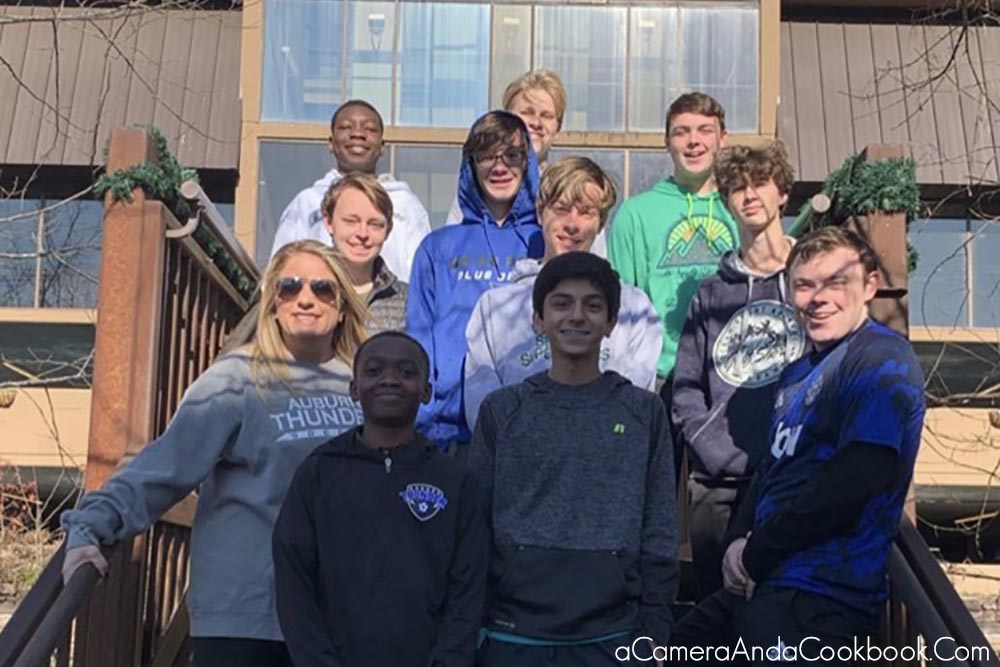 The guys decided they wanted to take the Skylift up to the Skybridge, which has all been rebuilt since the Gatlinburg fire a few years ago. 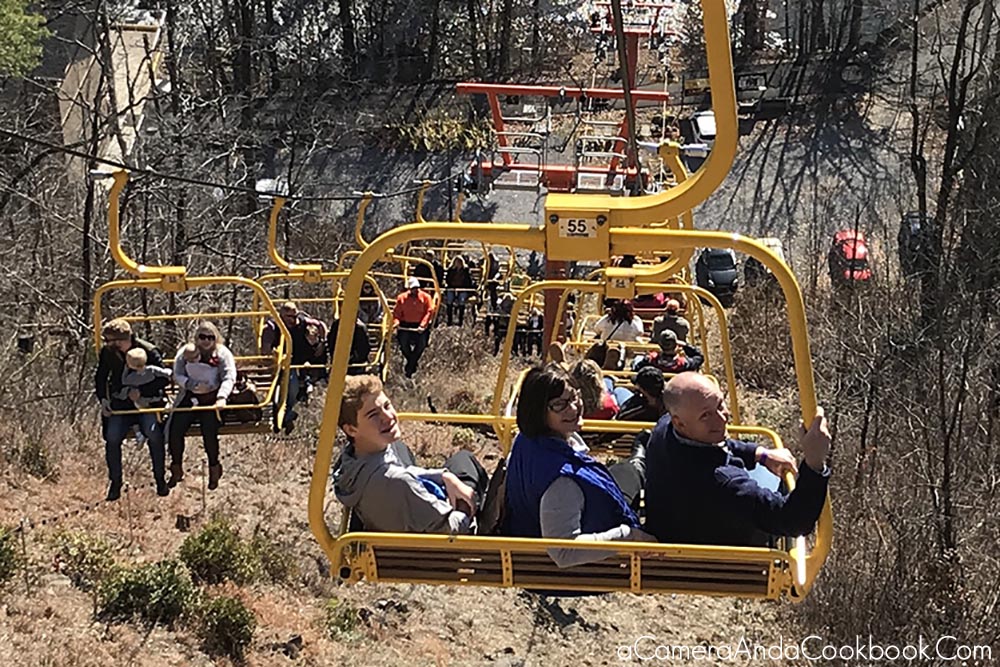 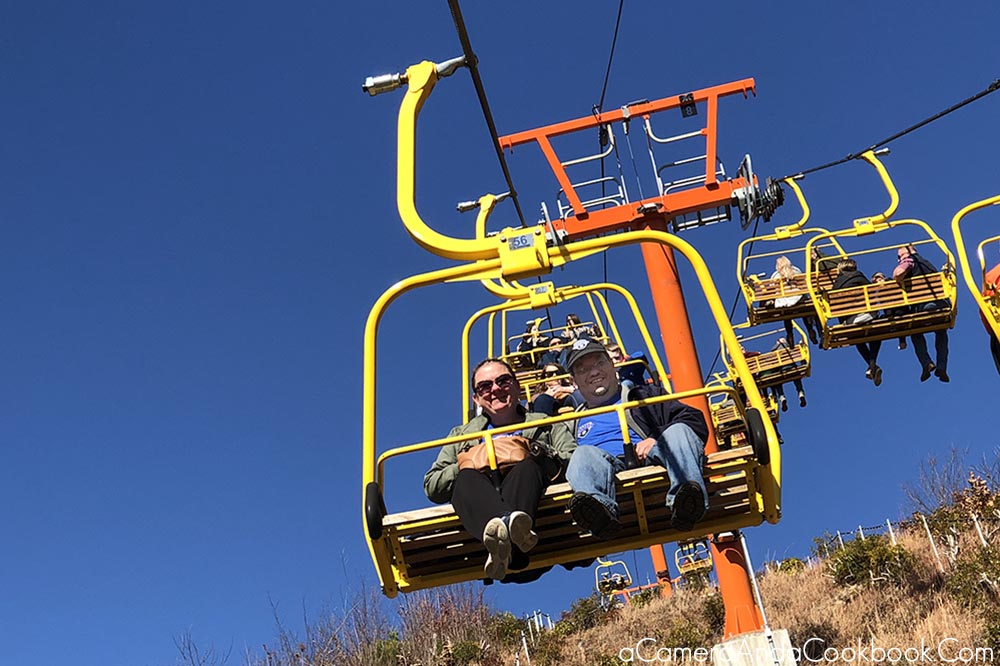 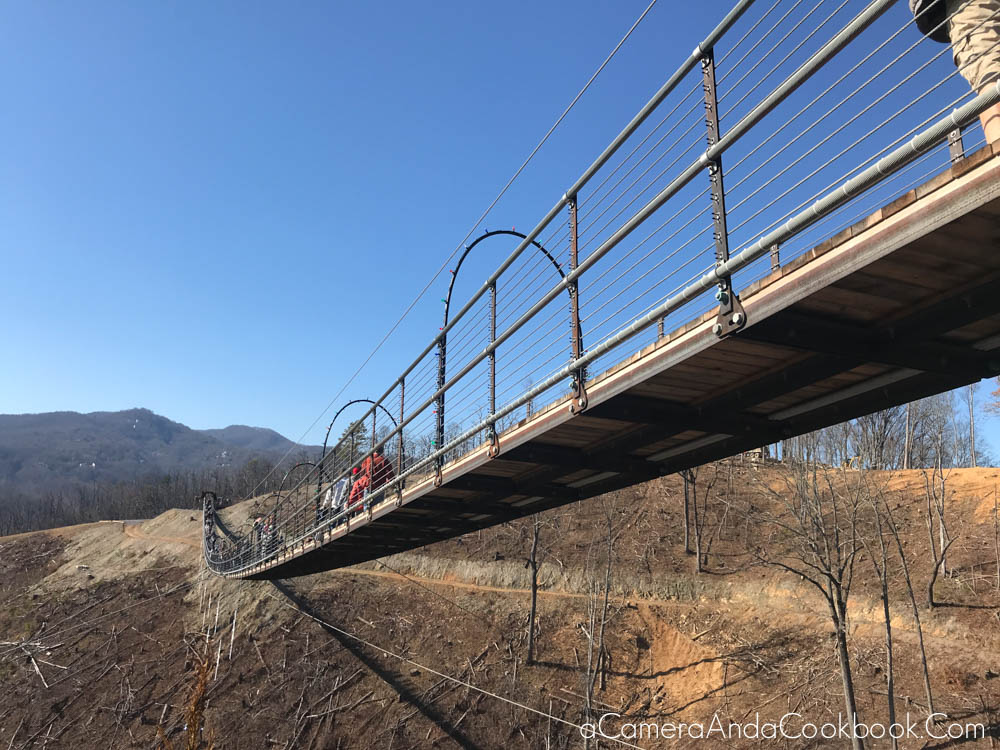 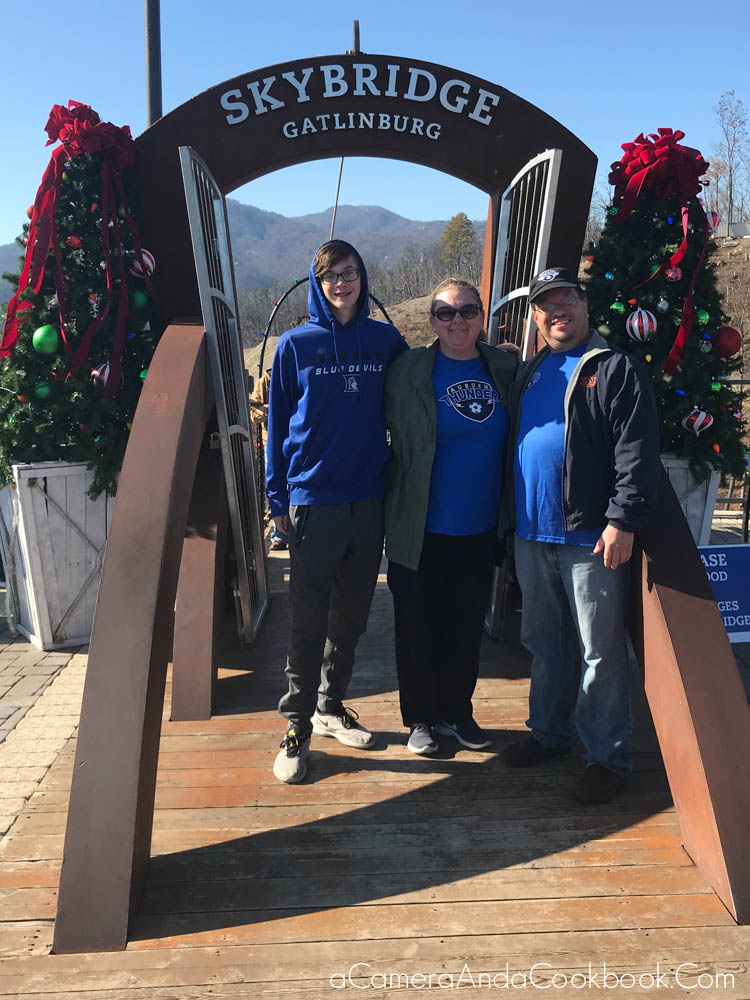 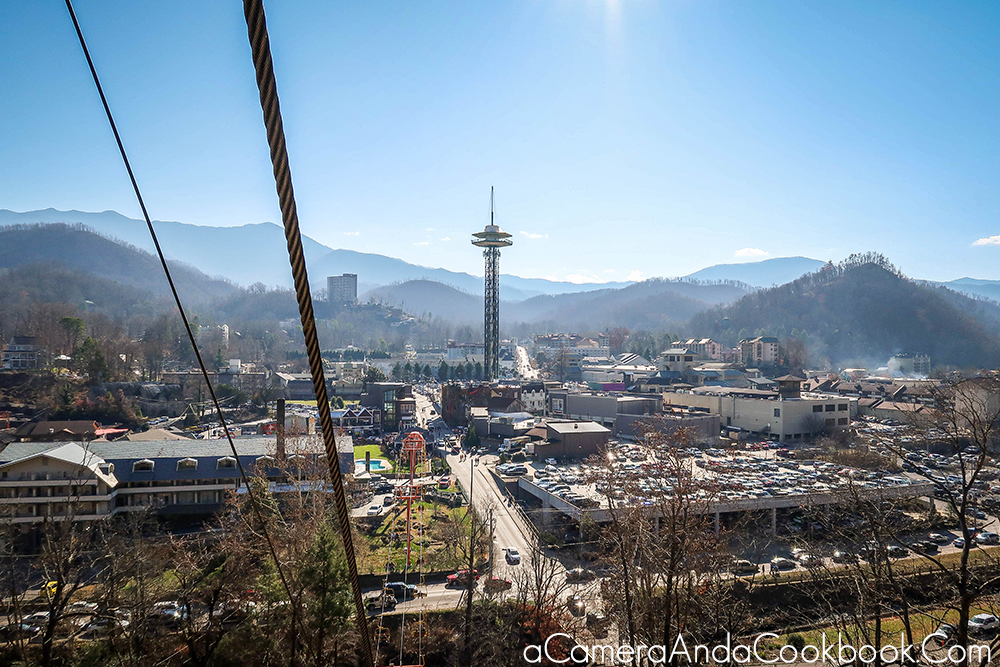 After we made it back down to downtown, some of us went to Best Italian, while most of the team went with Coach and ate at Subway, since they had a game not too long after lunch.

Some of the guys who went to eat at Subway ended up going to the pool when they got back. Alex is the one jumping out of the pool! 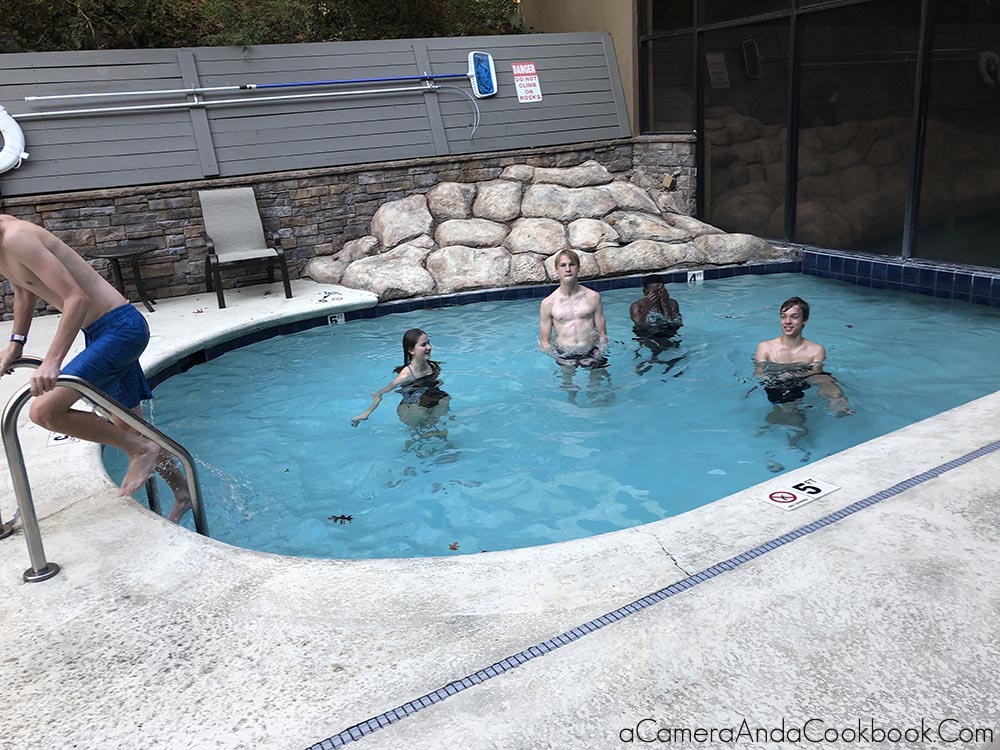 The guys played a hard fought game, but lost 3-2.

We had a short amount of time in between games, so went to Mama’s Chicken Kitchen/Joe & Pop’s Subs (basically 2 restaurants in one, just down the street from where we played- Rocky Top Sports World) with most of the team. 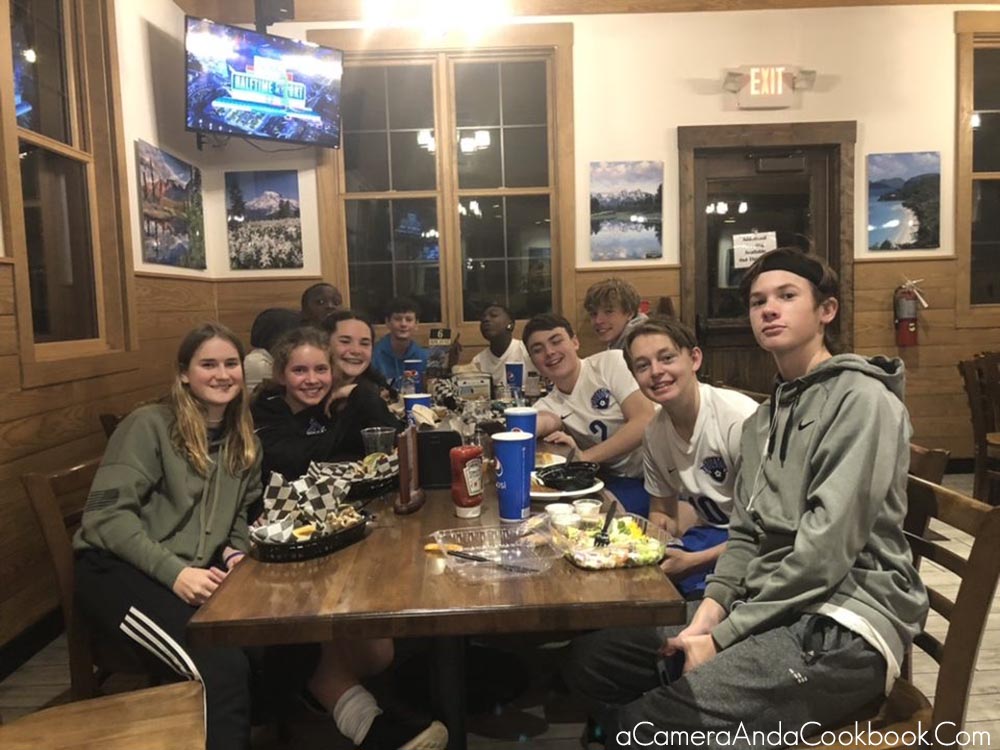 The next game was at 8pm and it was so cold. I didn’t take a single pic! Before the game our coach was in the parking lot and over heard the team we were about to play. They were saying that since we had girls on our team that it would be an easy win! Well, she shared that with us parents and players and we just laughed. The girls on our team do not play like girls at all! We came out with a great win 1-0. So exciting!

After that while the boys were team bonding at the hotel, Rob and I went out and used the tickets again to go up to the top of the Space Needle for a night view. After that we went to TGIF’s for a late appetizer. 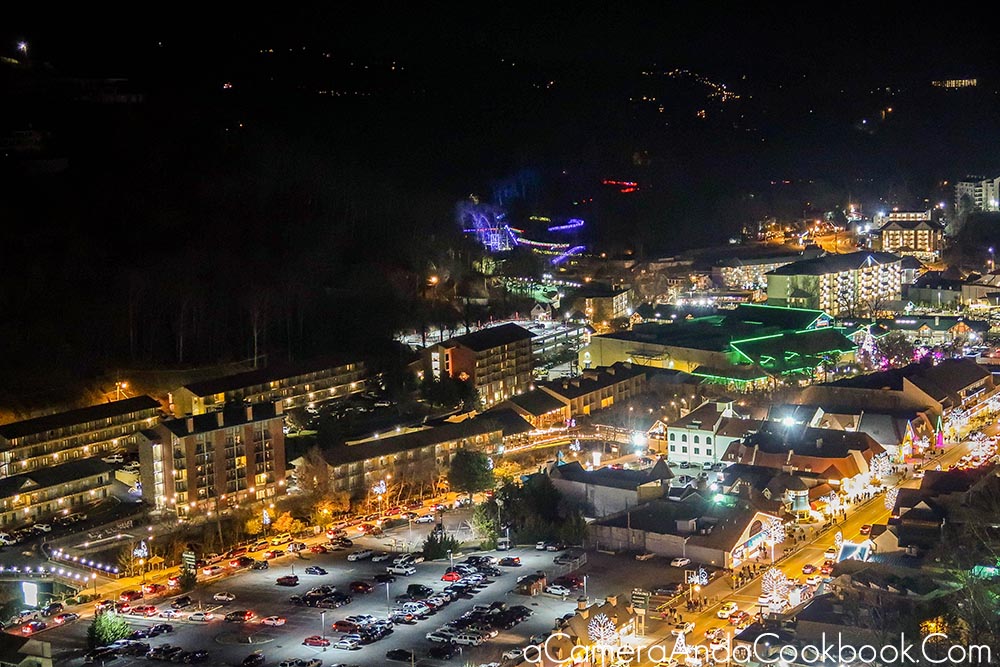 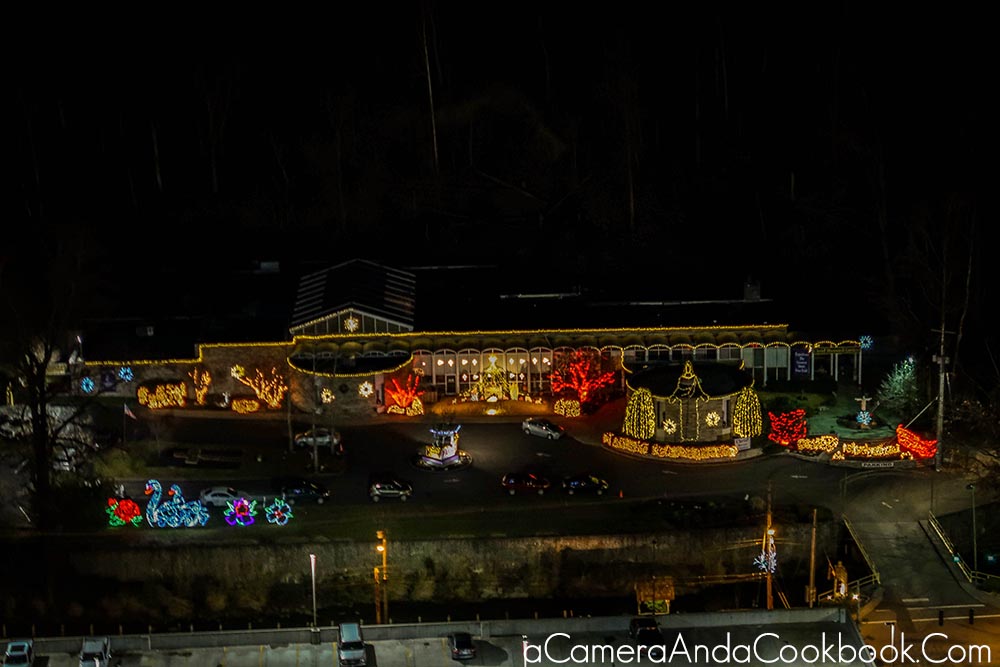 Sunday
We packed up that morning, ate breakfast, and met up with some of the team at Gatlin’s for some mini-golf. 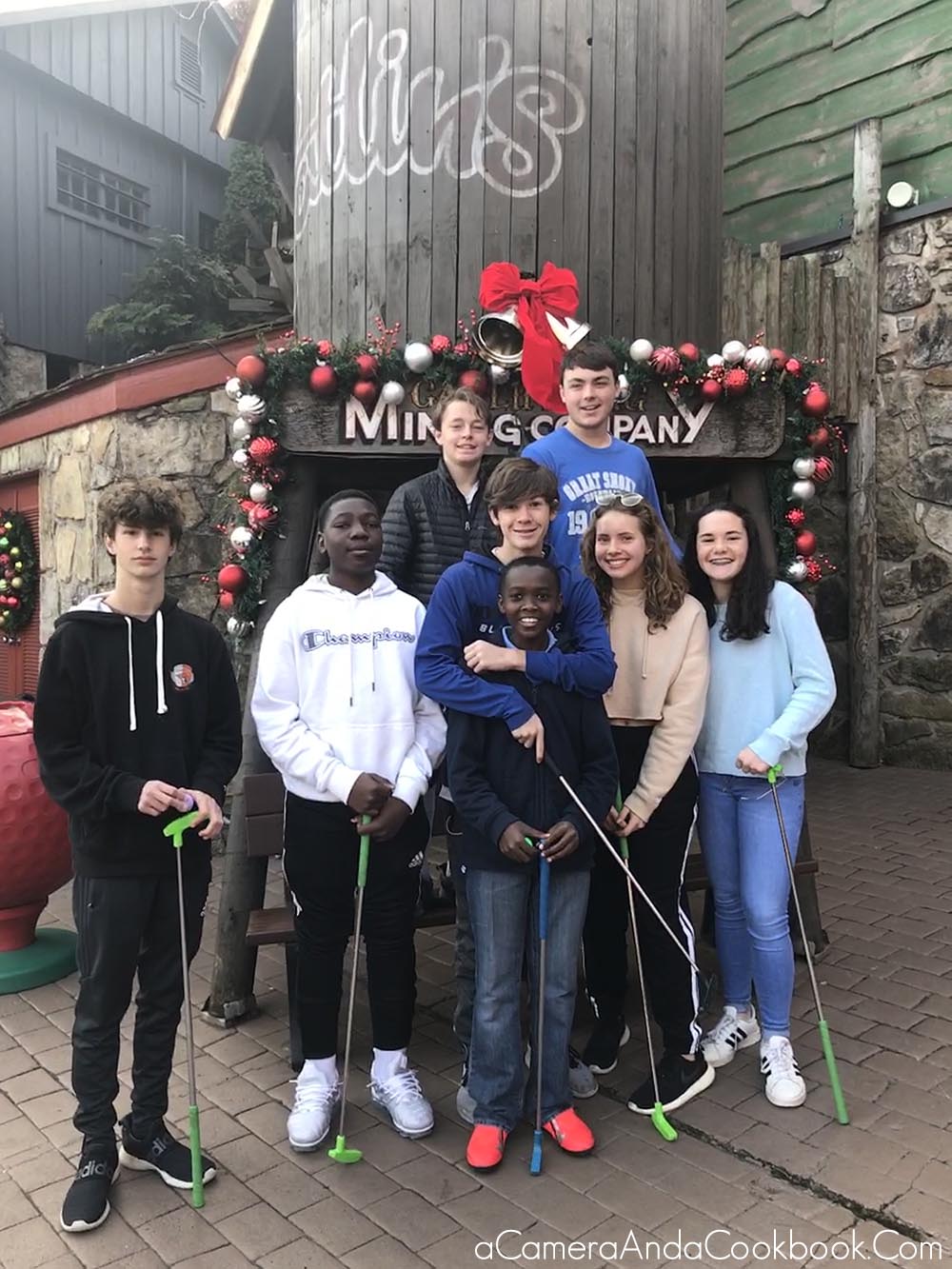 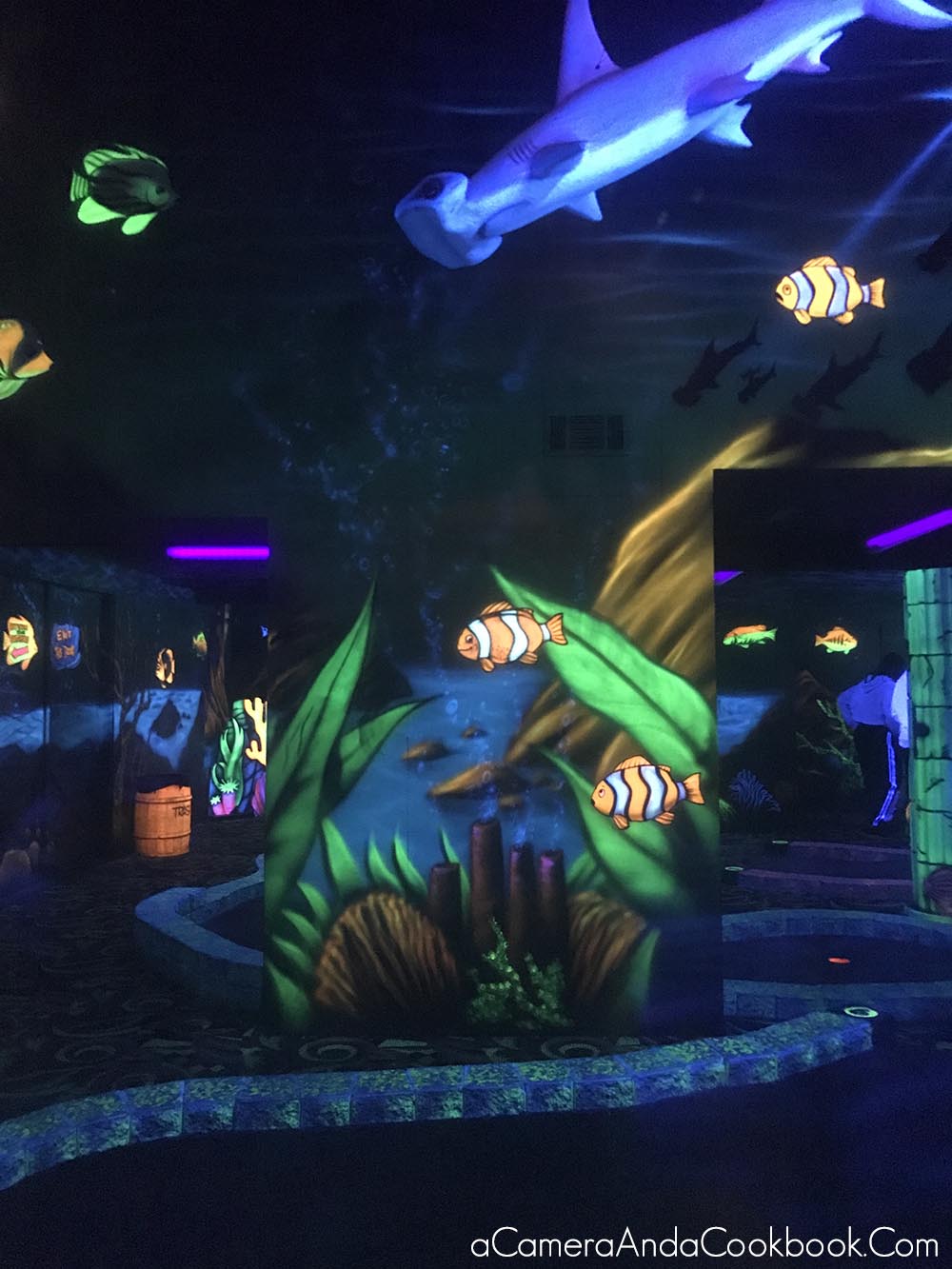 The last game they were playing for 3rd. They didn’t come out with a win, but we still feel like we ended the season on a good note. 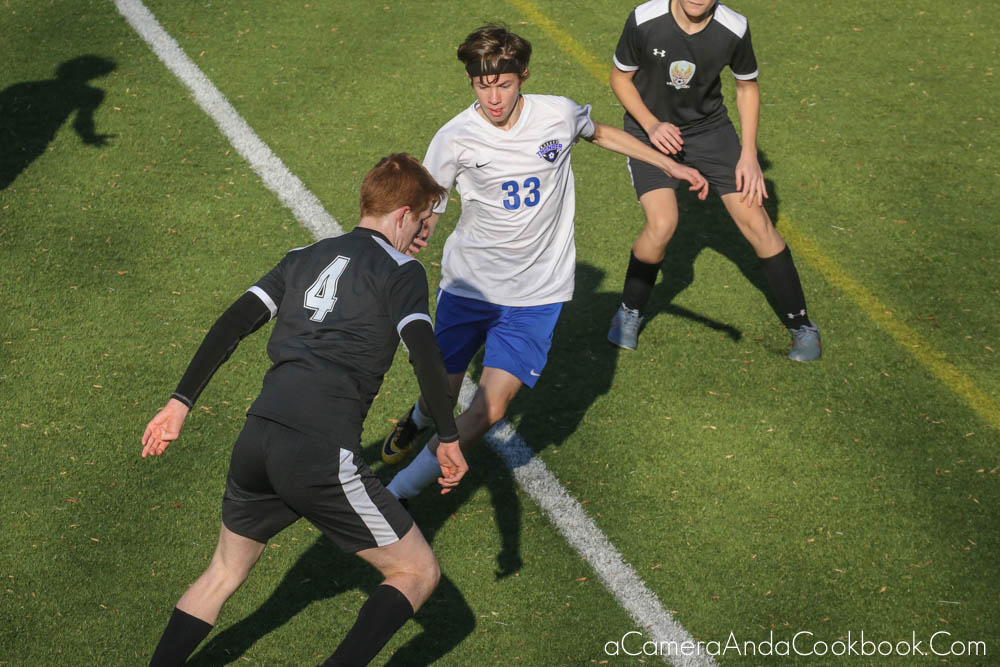 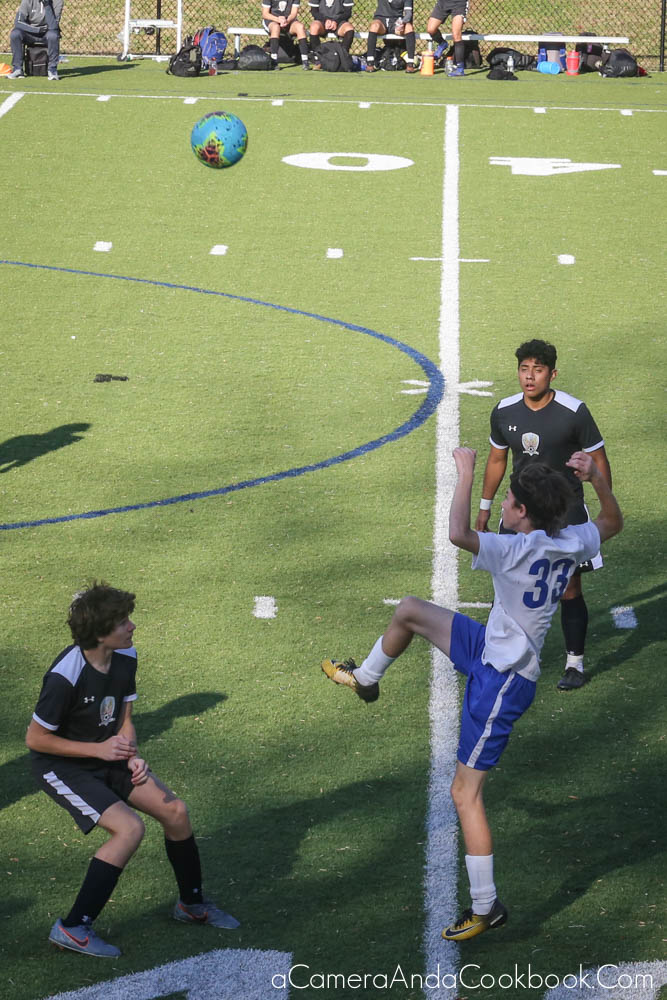 On the way home, we saw snow. 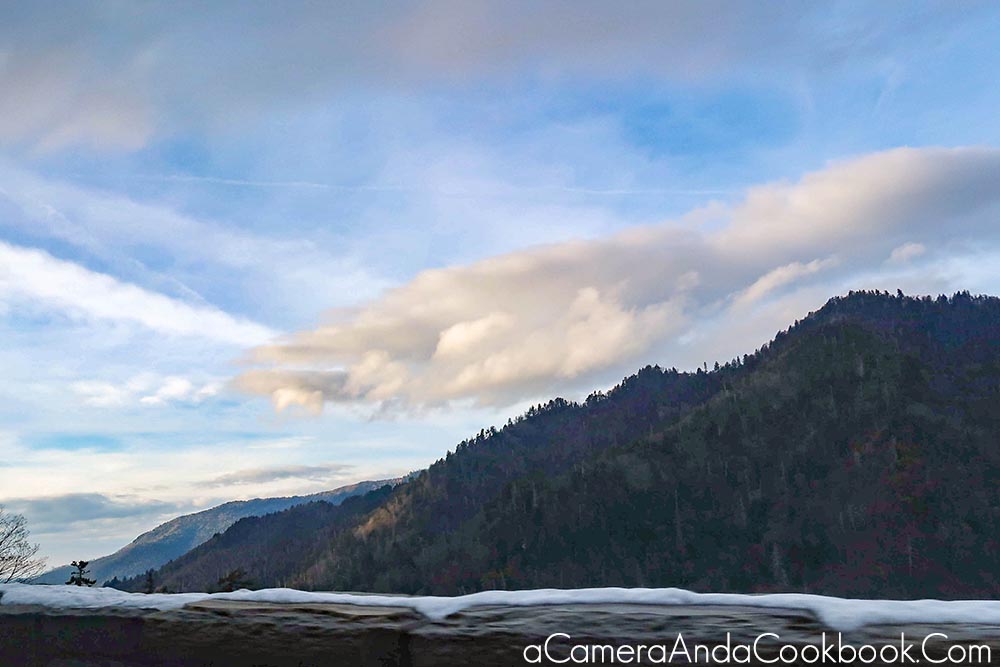 We also spotted some old motels: The Wigwam Motel 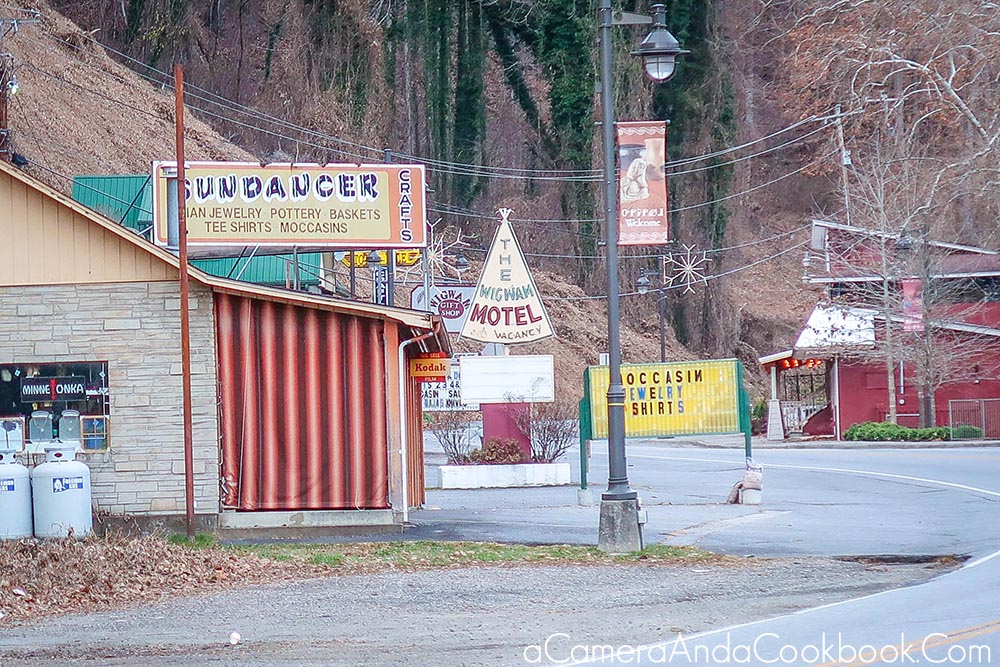 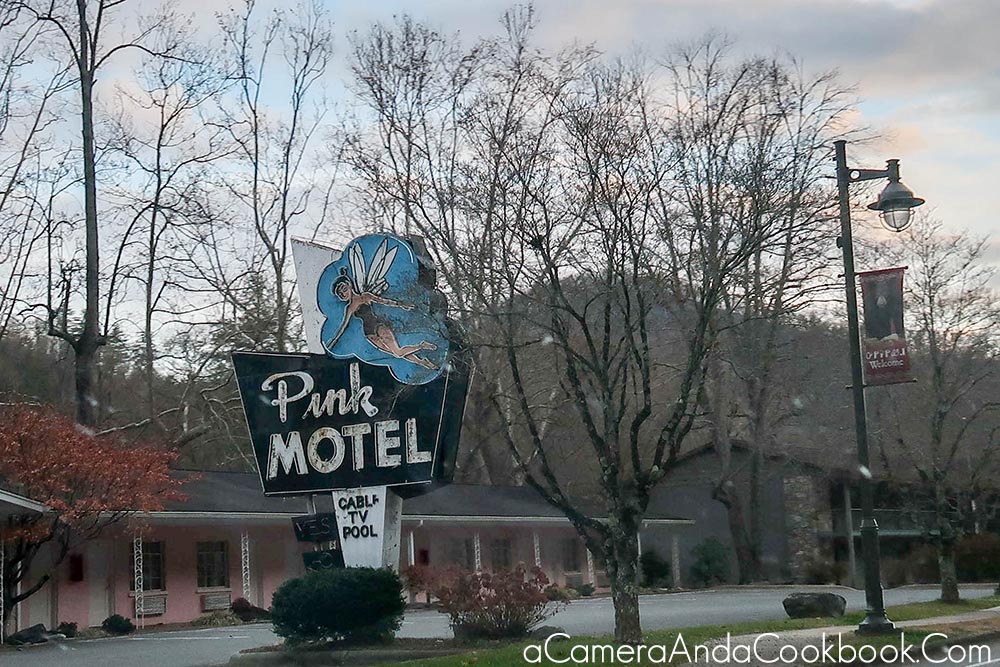 Many of us were dreading this trip because of the time of year and just feeling like there was so much that was needing to be done at home. However, it ended up being a great trip. Lots of team and family bonding.