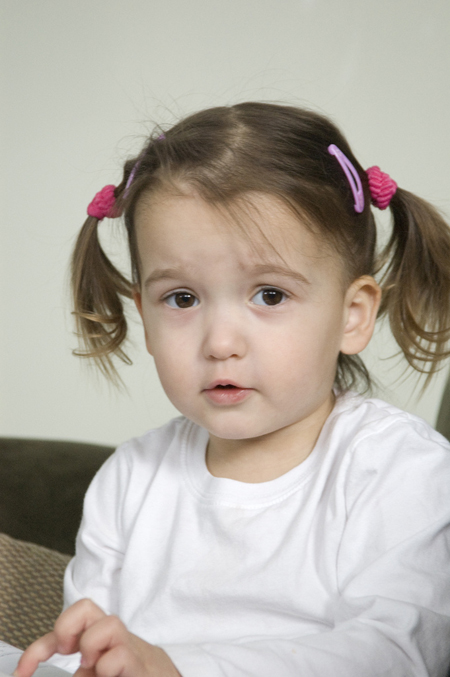 Here’s my “fixed” version. Using CS4, I cropped the picture. Then I played with curves to help with the exposure. Then, I unmasked the eyes and used the dodge tool. I increased the vibrance to bring out the color. I uploaded into Picnik, where I went into Create and did the Effect called Orton-ish. I decided to use that effect because it made the colors a little brighter and softened the photograph. From there I went to Edit and did Rotate. Then, back under Create in Frames, I did Rounded Edges