I am so excited to be talking about our first port of call on our cruise. Aruba!! As I wrote this post, I realized there was just too many details and pictures to share so I’m breaking it down into multiple posts. Let’s jump on in.

We were scheduled to arrive at the port in Aruba at 9am. However we arrive and were cleared a little early. The four of us soon had eaten breakfast and were ready about the time they announced we could disembark. We had rented a jeep for the day. Rob had done lots of research ahead of time and had one reserved through Jay’s Rental Car, who met us near the gate. And by the way under some of the pictures, I’m adding the GPS with links to Google Maps, in case you want to add any of these points to a future trip. 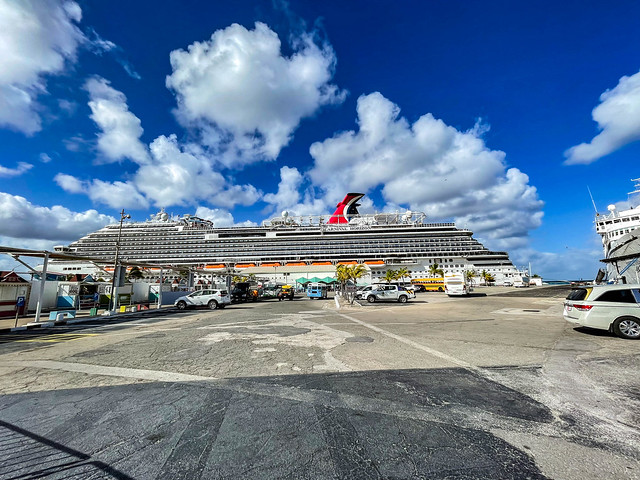 This is where we picked our jeep, which shows you how close it is to the ship. 12°31’13.44″ N 70°2’30.65″ W
We walked over and signed the paperwork and they handed us the keys. We made arrangements to bring the jeep back at 8pm instead of 5pm that cost an additional $35. The total for the day was $244. Our plan for the day was for us to see as much of the island and have the freedom to stop when and where ever we wanted to, which is the whole reason we rented a jeep on our own.

The cruise port is in Oranjestad, which is also the capital of the Dutch island of Aruba. Here’s a few pics as we drove through. 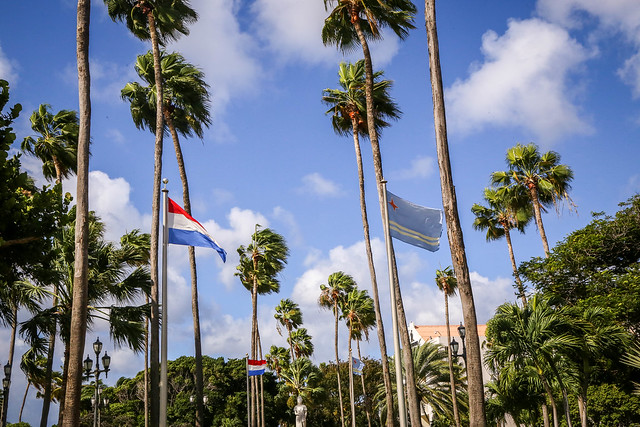 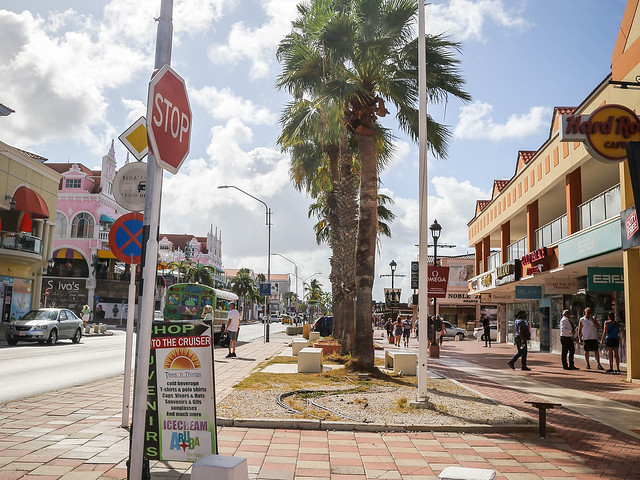 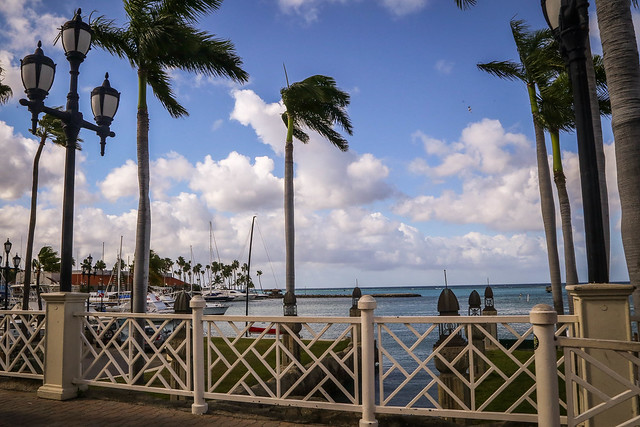 Anyway after leaving port we stopped at a couple places searching for free wifi to register the touring app that I’ll talk about in a later post. We probably should have tried some places right near the cruise port in Oranjestand, but we didn’t because it was just busier and more traffic.

As we drove along Spaans Lagoenweg, we saw some beautiful, beautiful coast line. I asked Rob to turn around so we could stop to get some pictures. 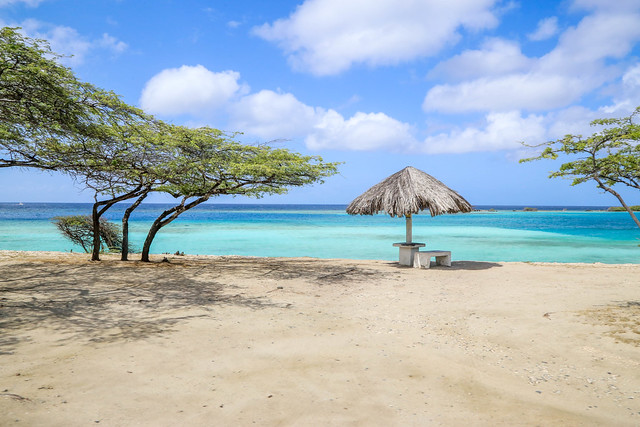 I mean how many places do you see crystal turquoise waters and cacti? Just stunning! 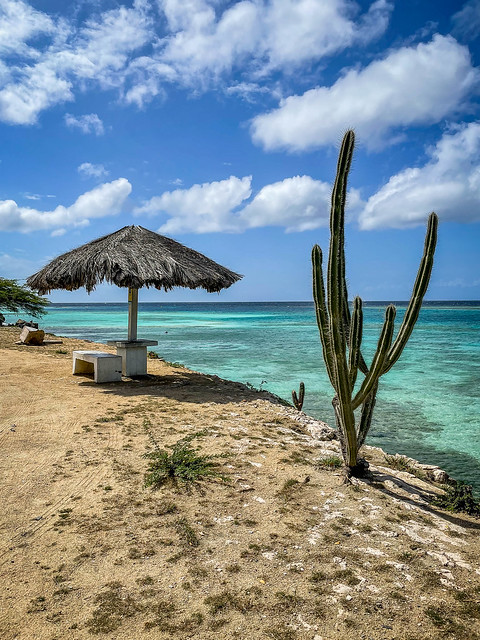 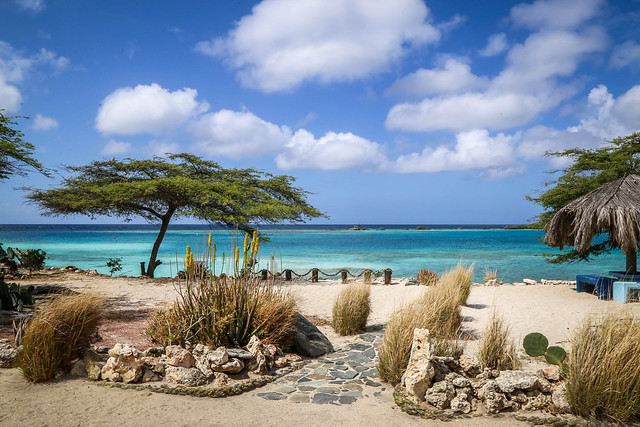 Here’s our jeep with the neighborhood behind it… 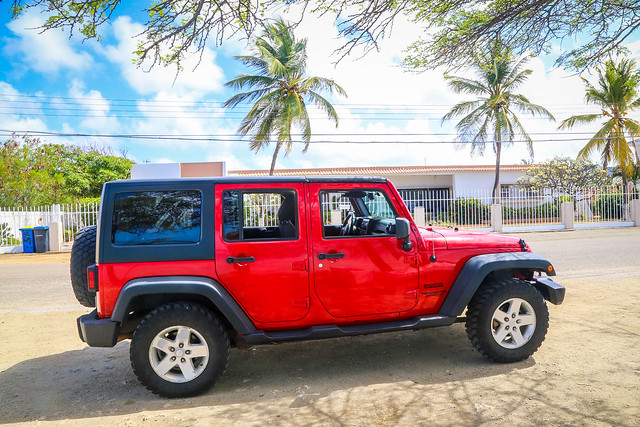 We parked at Rey Hing Food Center, because we always love to explore ‘real’ non-touristy places like this. 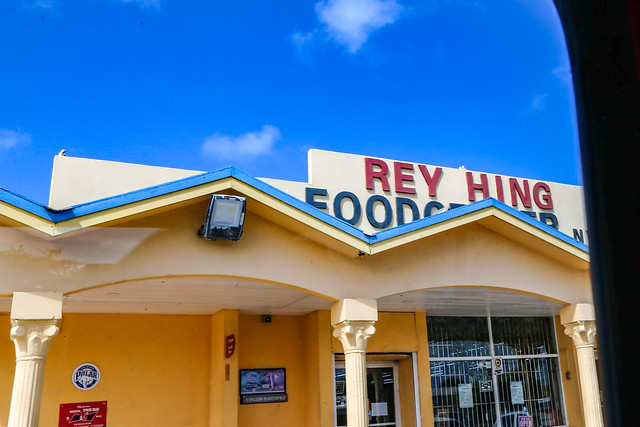 Rob likes to look for local sodas and we wanted to get a little snack for later. We also used the bathroom. Funny story. We were in line and my MIL asked if they had a bathroom we could use and the cashier thought she asked for a bag, so we got a reusable bag. We all kind of looked at each other and then another one us tried again. The FedEx guy overheard us and looked at the girl at put his hands down like he would if were using the bathroom! HAHA! So they gave us the key and we used their restroom. I guess since we made a purchase there, we did not have to pay $1 like I had heard.

See all pics taken from Savaneta

From there we entered into the 2nd largest city in Aurba, San Nicolas. We stopped at the police station there and parked. We were going to walk to the visitor center, but then we realized we had connected to free wifi because our phones all began to ding as they received all the notifications from the last 3 days since not having wifi. I was able to register the app so that we could start using it once we got to that part of the island. We walked down to the end of the block and turned around to get back into the jeep as we still had a lot of island to cover and hadn’t gone that far!

I love riding around islands and seeing how people live. It often makes me appreciate living in the U.S. 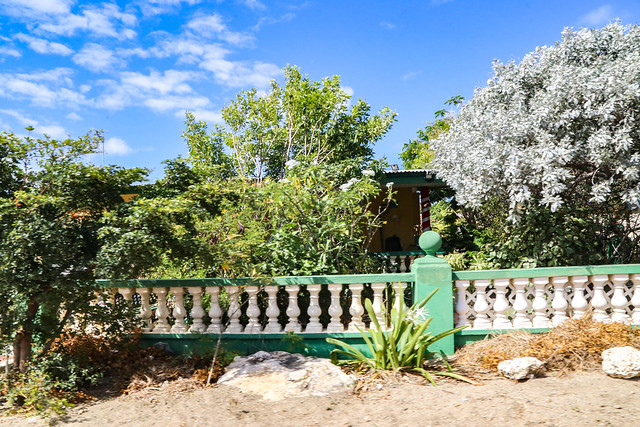 I love all the murals. 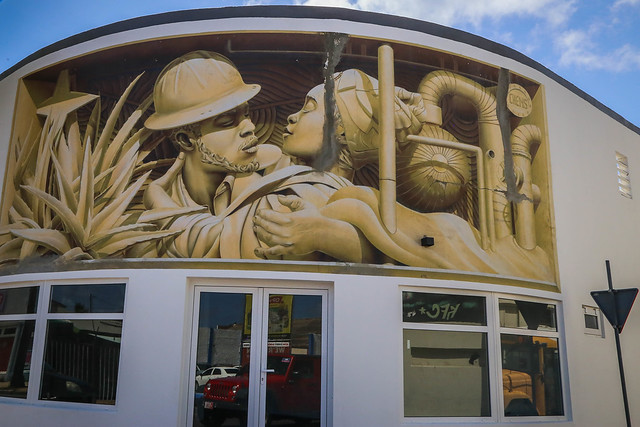 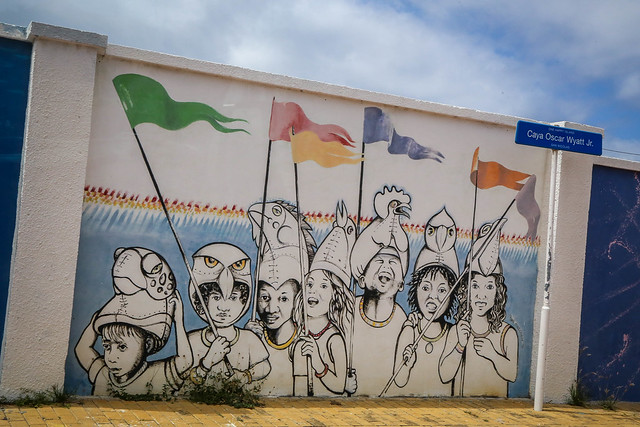 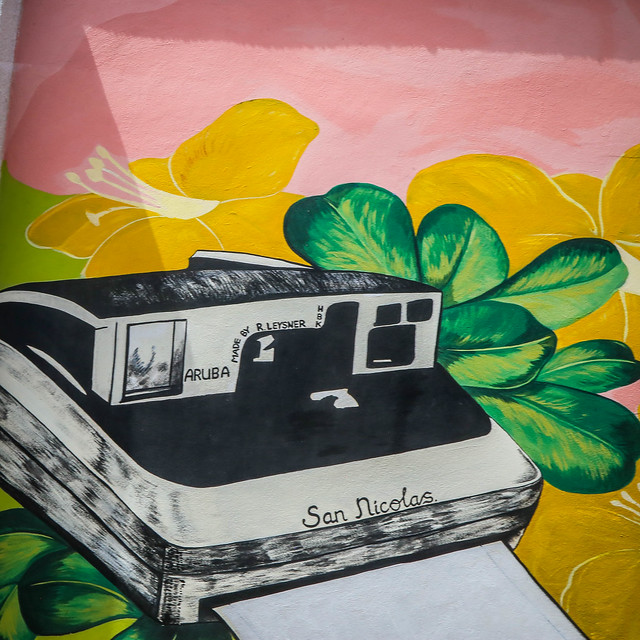 Rob went inside the visitor center in San Nicholas (B. v.d. Veen Zeppenfeldstraat 33, San Nicolas, Aruba) for information as we could tell from the map that not long after leaving the city there may not be too much food and we would need to each lunch sooner than later. We found out after the big Red anchor that there a couple spots to eat but after that nothing until after you got passed the National Park. 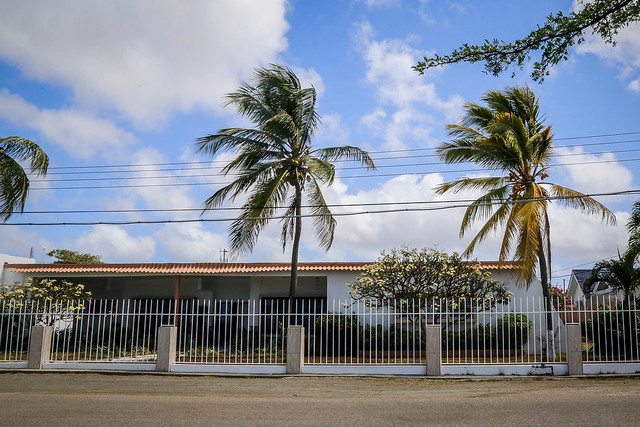 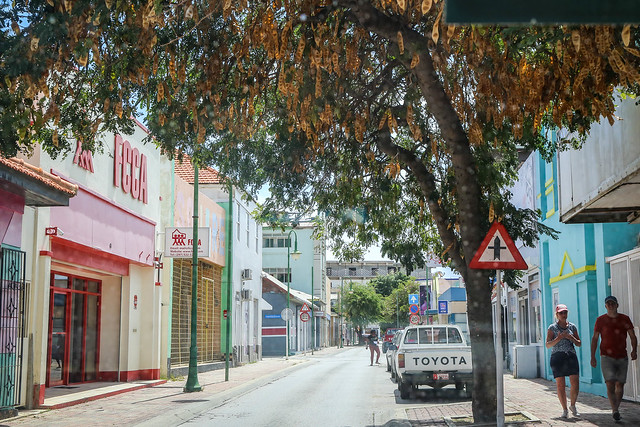 We made it down to the Red Anchor, so we started really keeping our eyes peeled for food. 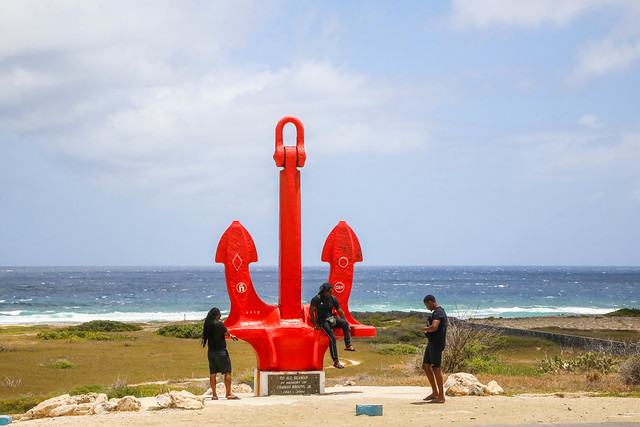 Not far from there we saw signs to Baby Beach and then found the Rum Reef Bar and Grill. That’s where we’ll pick up with our next post >>> Lunch in Aruba

Other posts from this cruise listed here: Carnival Horizon::March 2022