On our Florida Tour, on Sunday after leaving Myakka River State Park, we drove the rest of the way down to Fort Myers, Florida where we were staying at the Hotel Indigo. We checked into the hotel, got settled in and then decided to walk around and find a cool place to eat. We ended up at Capone’s Coal Fired Pizza. 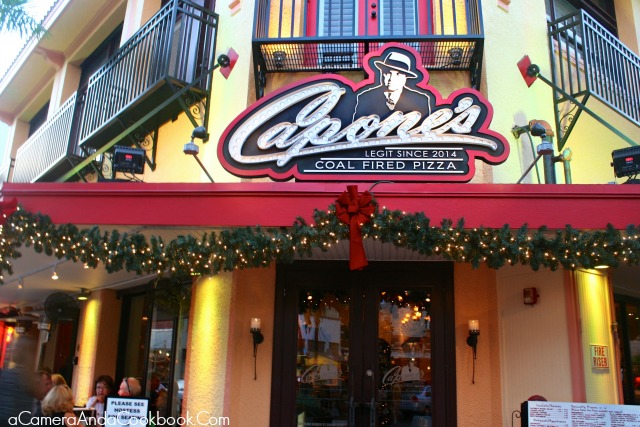 Many of us weren’t in the mood for Pizza. However, after examining the menu that was displayed outside we decided to give it a try, because it had pasta and paninis. Drew and Caitlyn both got the Fettuccine Alfredo, but wished they had ordered it with Chicken. Alex and I shared a pizza; half olives/pepperoni and ham/pineapple. Rob got Capone’s Shrimp Fettuccine. 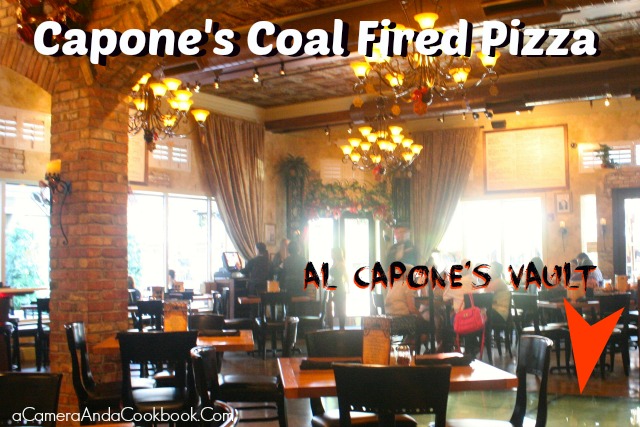 After eating we got up to see Capone’s Vault, which you can read about below. 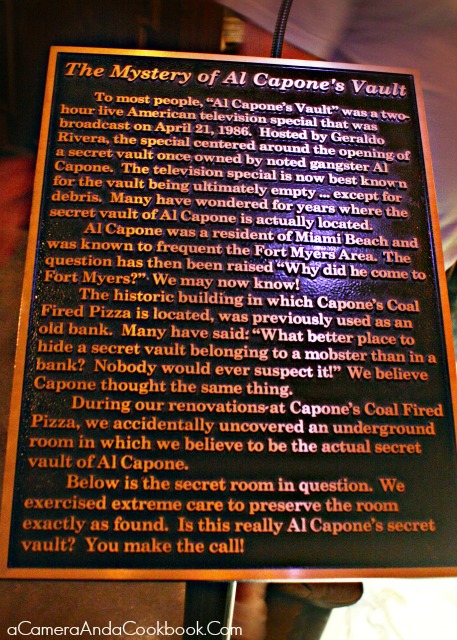 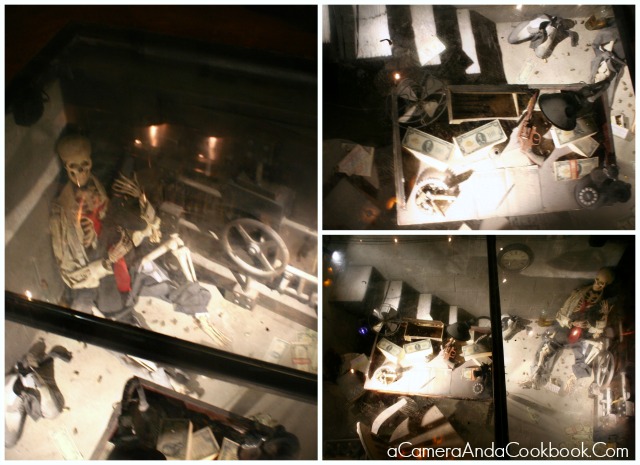 The bathrooms which are labeled “Guys” and “Dolls” are decorated quite appropriately. The women’s looks as if you’re in a fancy saloon, while the mens’ looks like you’re in prison. 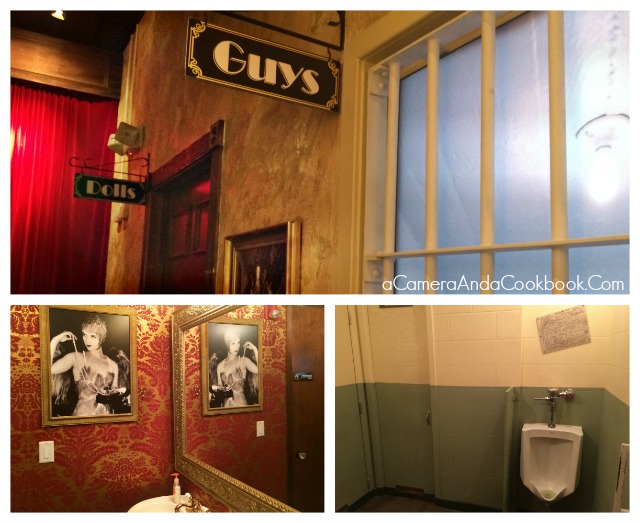 I thought the overall experience of this restaurant was excellent with great service. The food was all served as expected and in a timely manner. The prices were reasonable and the food was delicious. I enjoyed the added details of the restaurant in the vault mock up and the bathrooms. 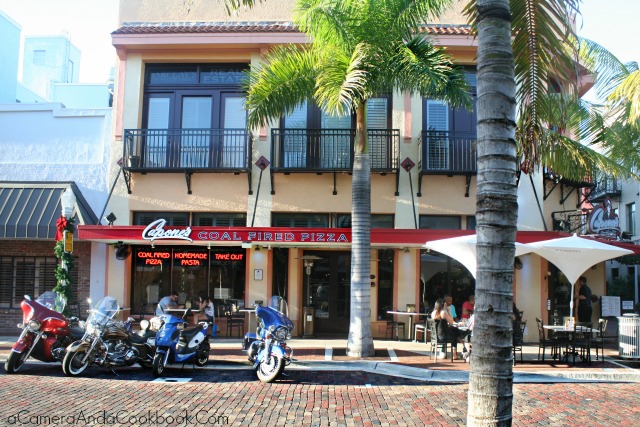