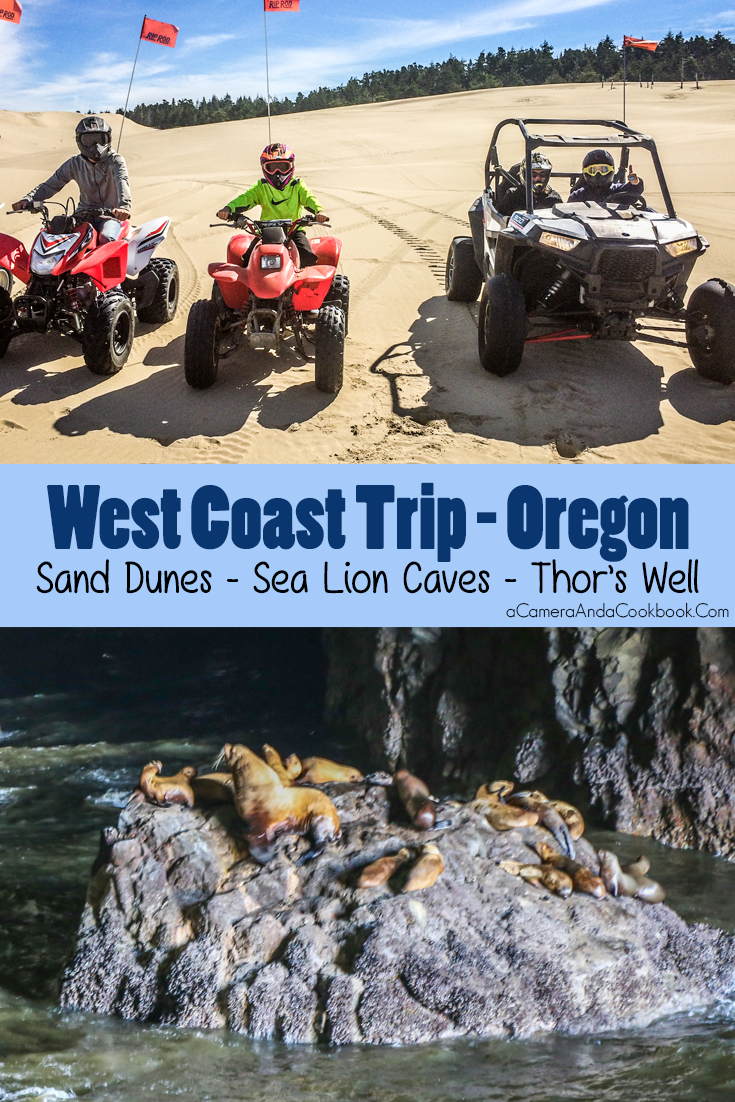 Our drive up the coast of Oregon continued as we left Cottage Grove Oregon and headed to Newport, stopping a few times for some fun activities, like going to Sand Dunes, Sea Lion Caves, Thor’s Well, and more.

First stop was Florence, OR for Dune ATVs. When we were researching we came to the realization that Dune Buggies for individuals really isn’t a thing you can do anymore. The thing now is driving ATV’s over the dunes. I really didn’t want to drive so Rob and I were in one and the kids each had their own ATV. 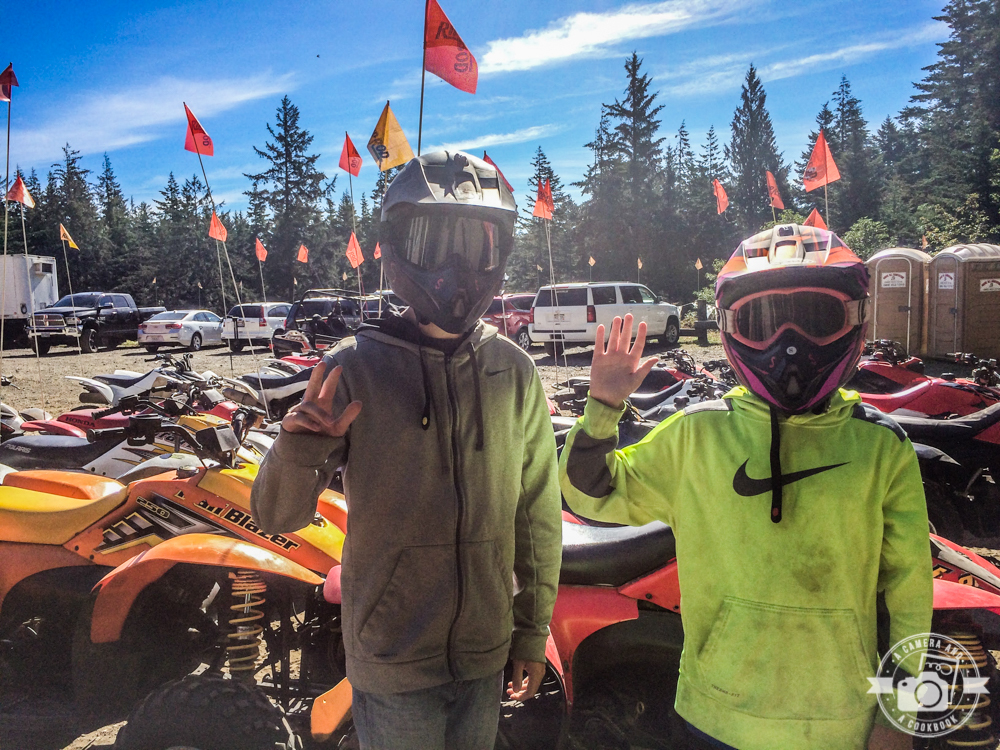 Let me just tell you, I was a nervous wreck about this. I was scared for multiple reasons, not for me or Rob, but for the boys. We watched a mandatory safety video before heading out that I felt really didn’t stress the risk associated with driving these ATVs. Rob and I talked about it more, but what does Mom/Dad know, right?

We had been out for maybe 10 minutes and we weren’t sure where the boys were. I finally spotted Alex at the top of a drop off. He got off and looked down and I immediately became worried. We drove up and saw Drew standing next to his ATV looking confused. He had flown off a 10 foot drift. His ATV luckily did not flip, but with the impact of the ATV landing he flew off and landed face first in the sand. He was in a great deal of pain. Everything hurt from the impact and then landing on his face. He did have a helmet on which probably saved him from a concussion and broken bones.

Here’s a pic of his face, which really doesn’t do it justice. 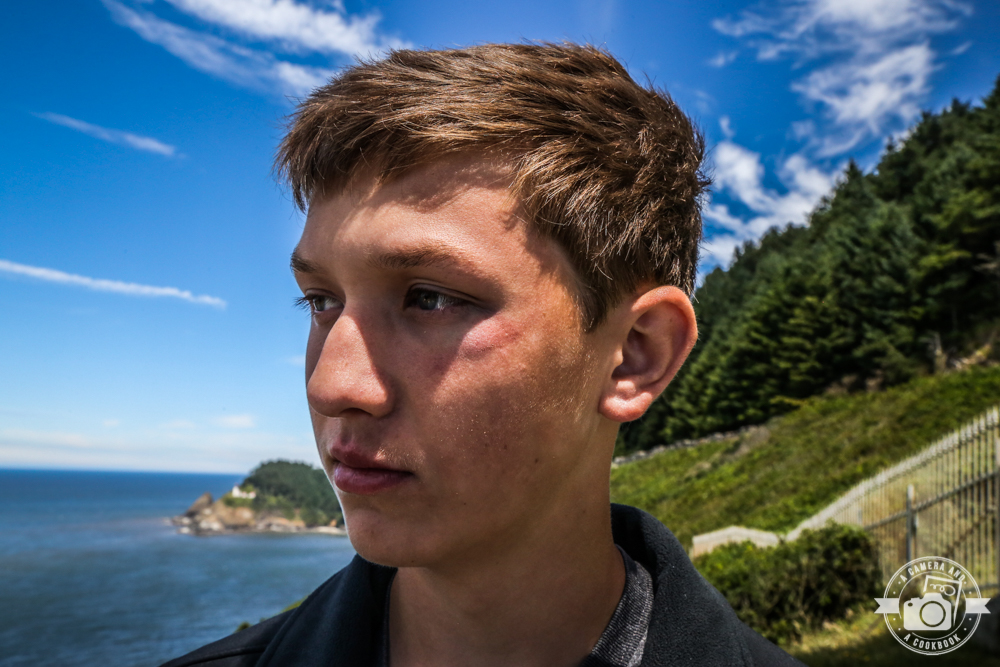 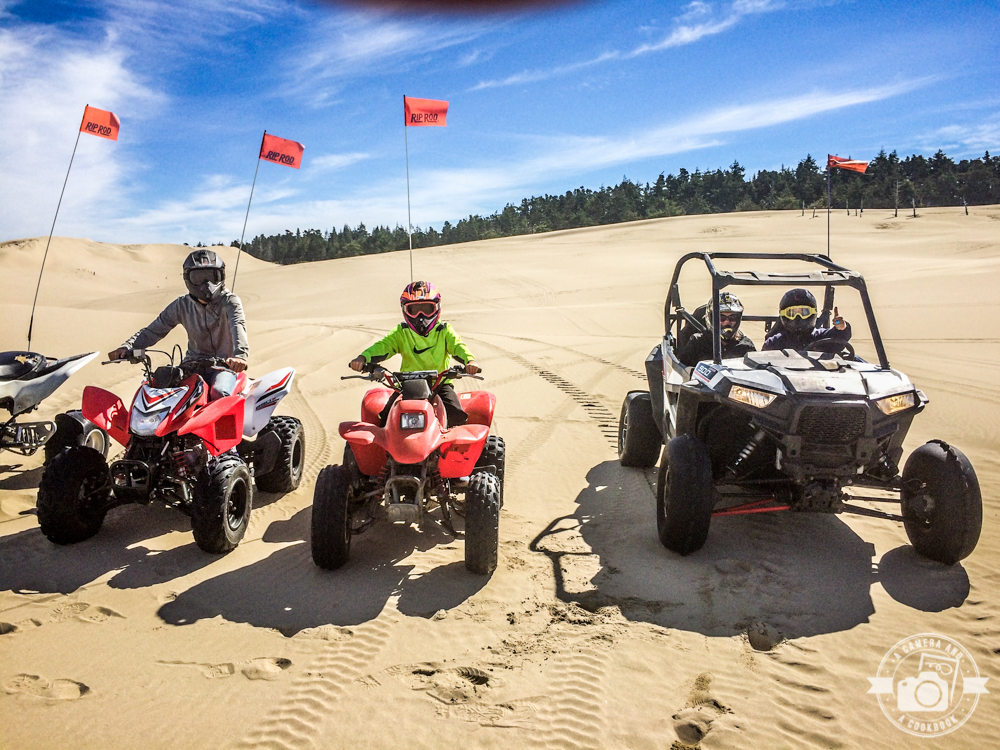 After several minutes of collecting himself and making sure he was ok beyond bruising we tried to get his ATV started without any luck. We became super concerned we were going to have to pay for a busted ATV. We called the Torex Rental # and a guy was out there in just a couple of minutes to help. He was able to restart it. Something with the clutch wasn’t right. We were able to ride for the last 30 minutes or so, but both boys were being much more cautious because of that and kept getting stuck. Needless to say, Rob got a workout by having to pull the back tires out of the sand numerous times. 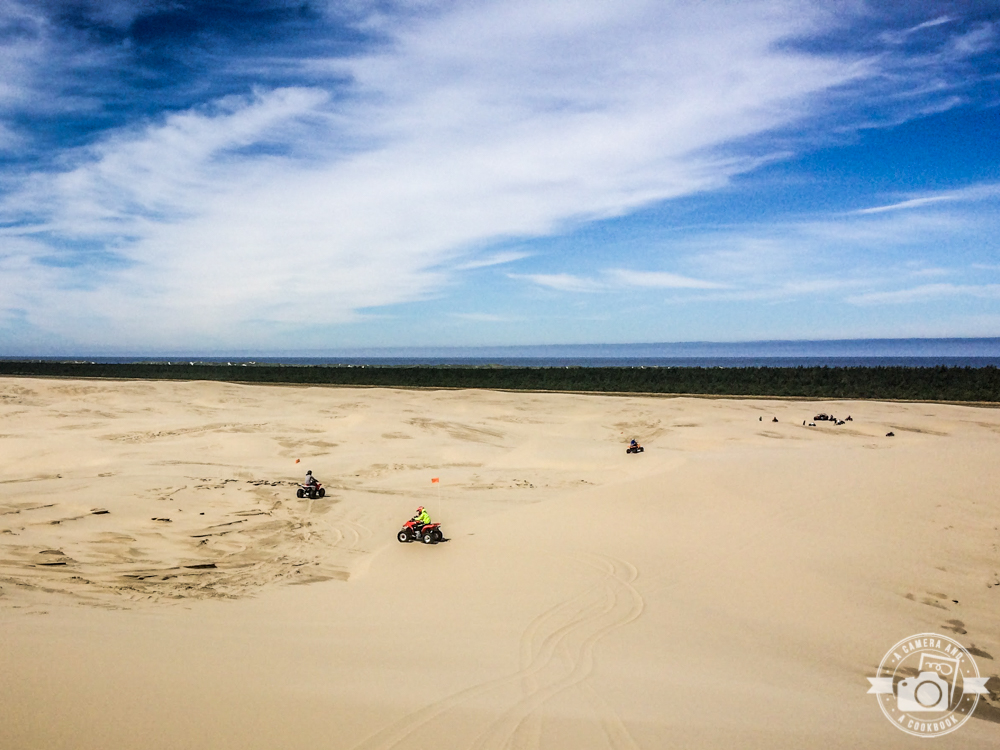 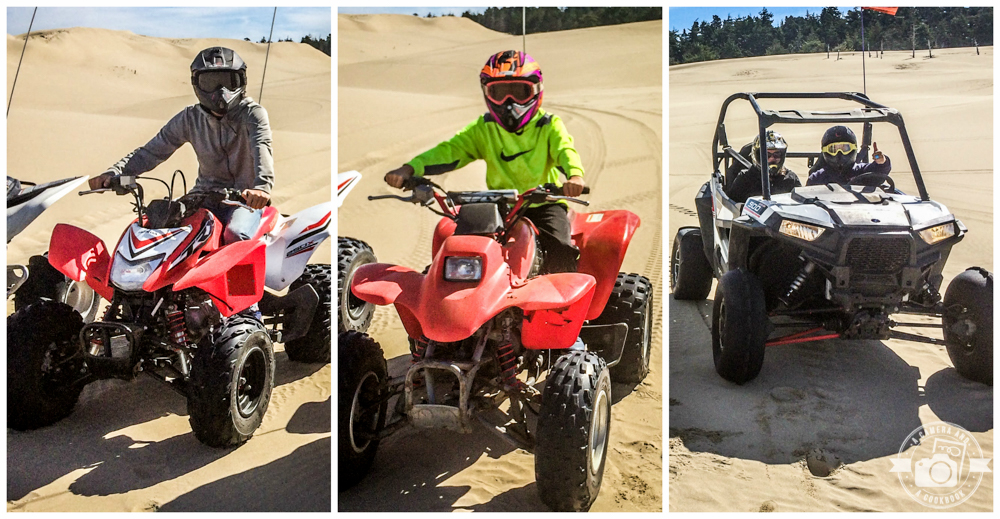 We left there without being charged and raced over to Cape Perpetua to see Thor’s Well. The best time to see the well in action is 1 hour before till 1 hour after high tide. Before going to the dunes we looked to see what time high tide would be that day and it turned out we might make it in time. I think we were about 10 minutes late and even though we didn’t get to see the sinkhole its full glory it was still pretty cool to see. Here’s some pics of it. 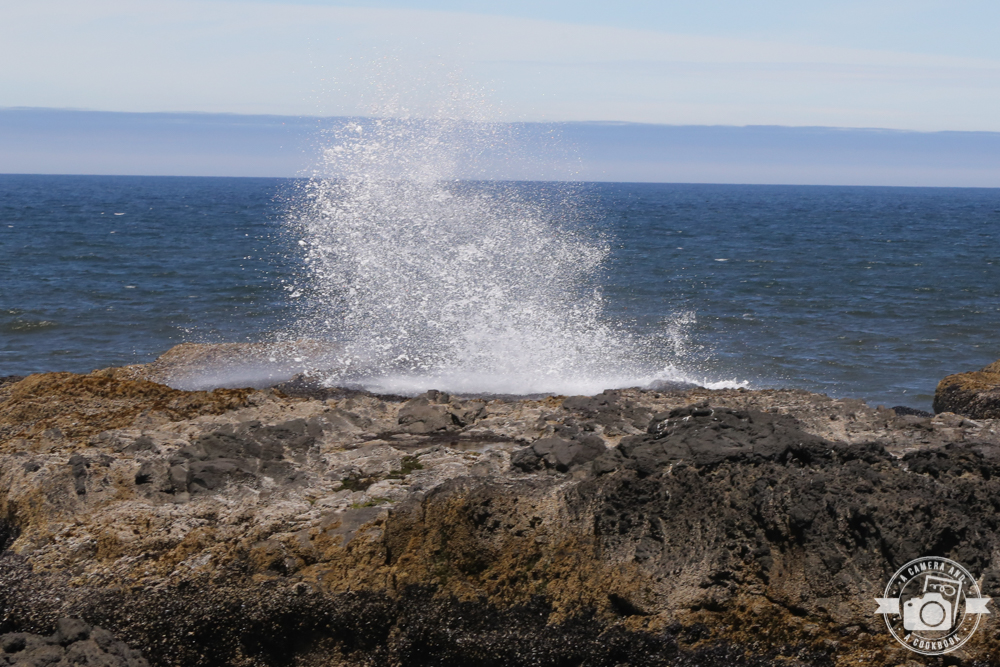 Here’s Alex standing really close to the hole and if it were high tide we would have not been nearly that close. 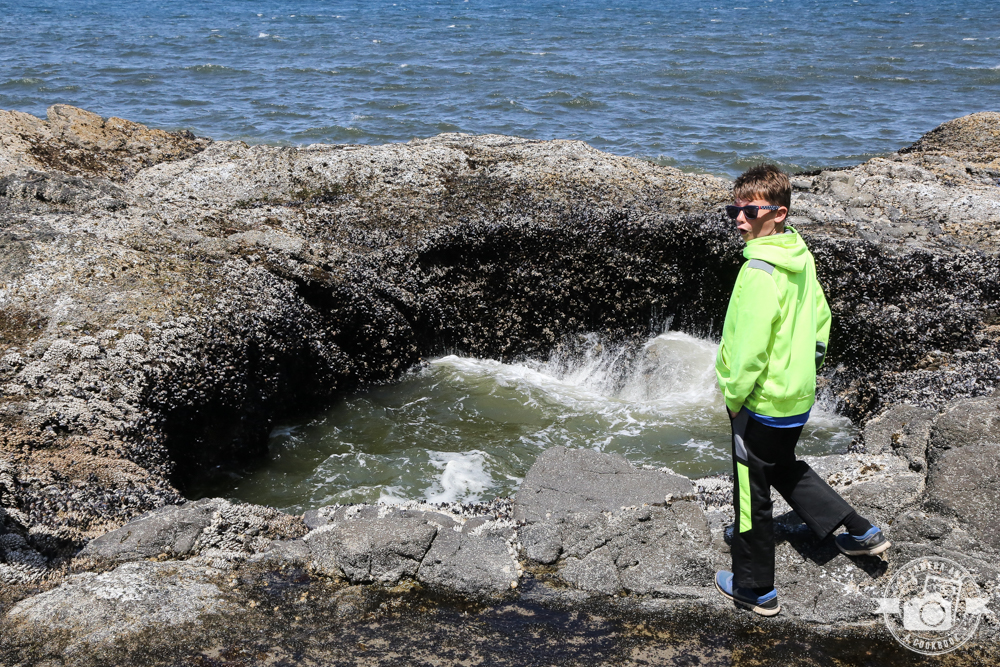 The surrounding area is gorgeous. 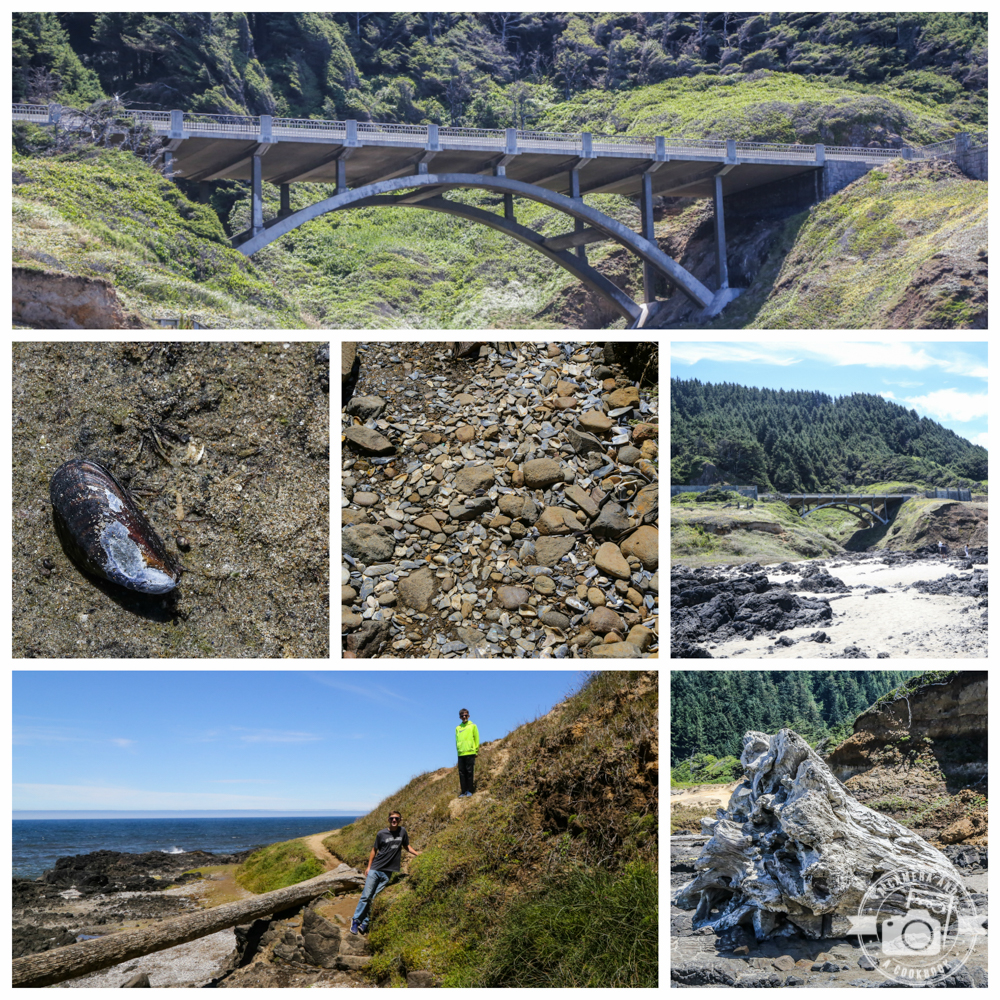 After that it was off to the Sea Lion Caves 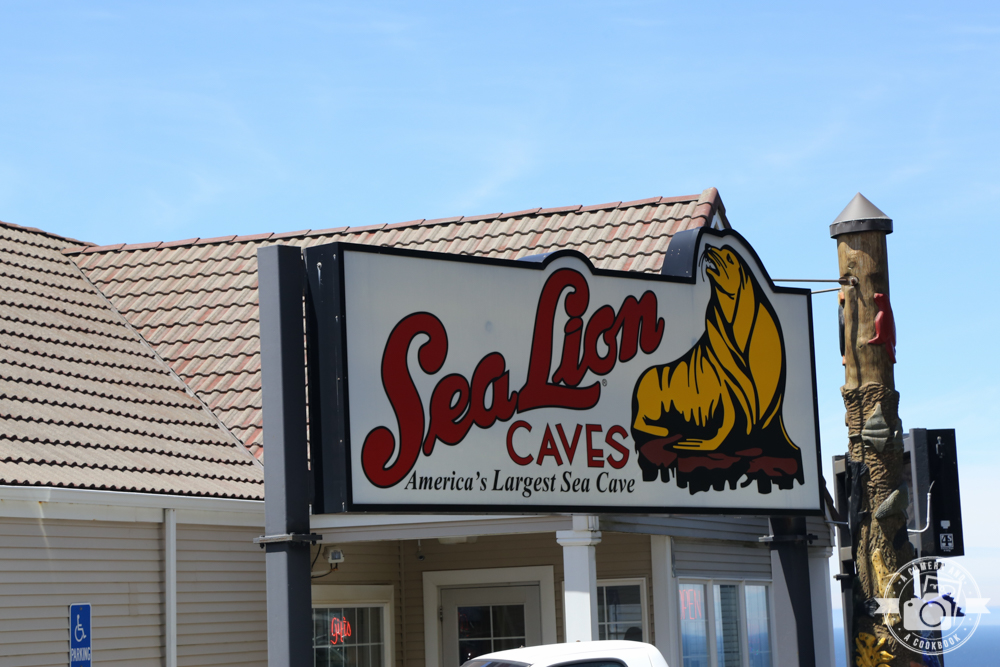 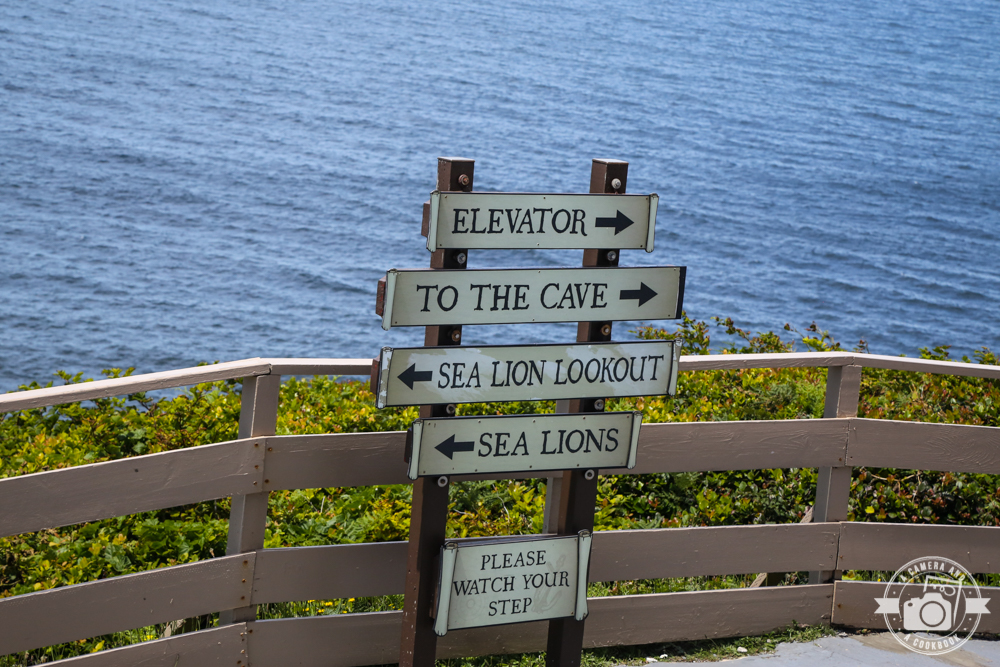 This is the walk way down to one of the sea lion observations decks. 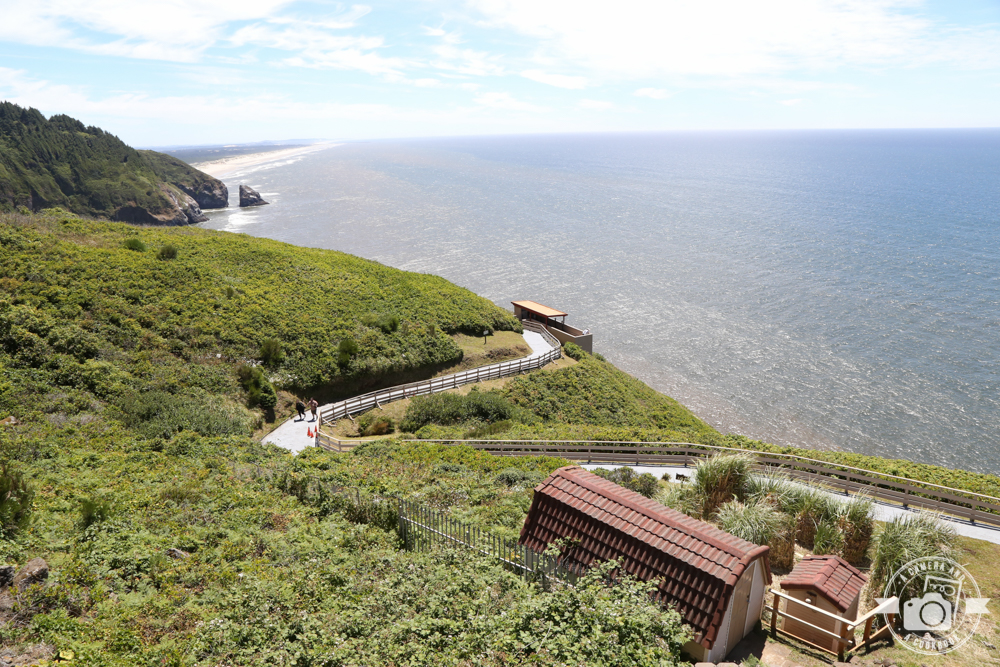 This is what you see from there. Sea lions in their natural habitat along with the black birds called Cormorants. 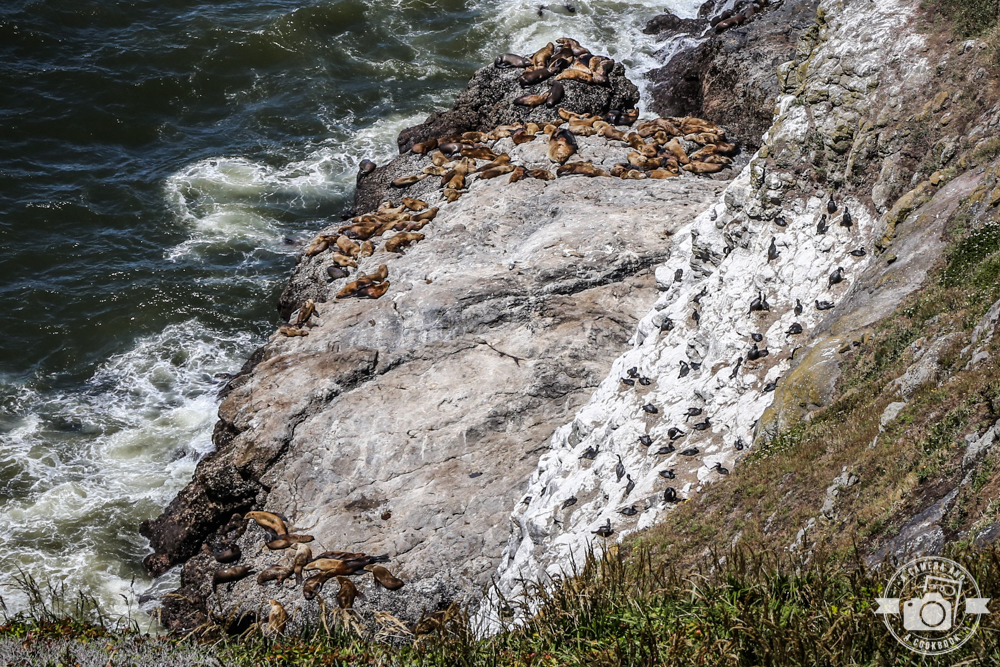 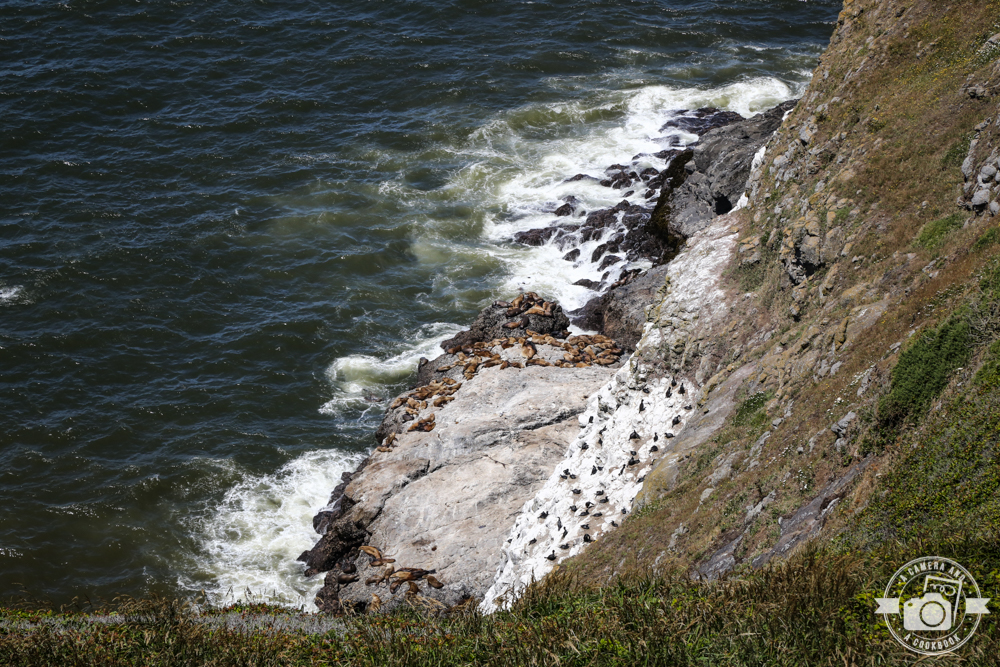 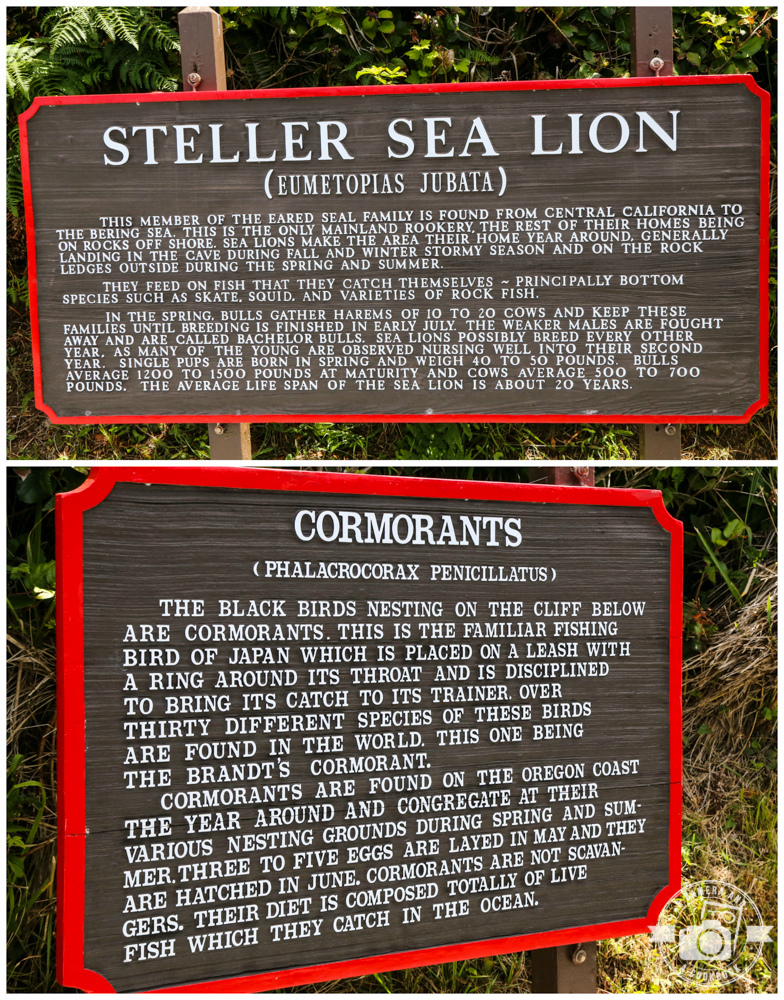 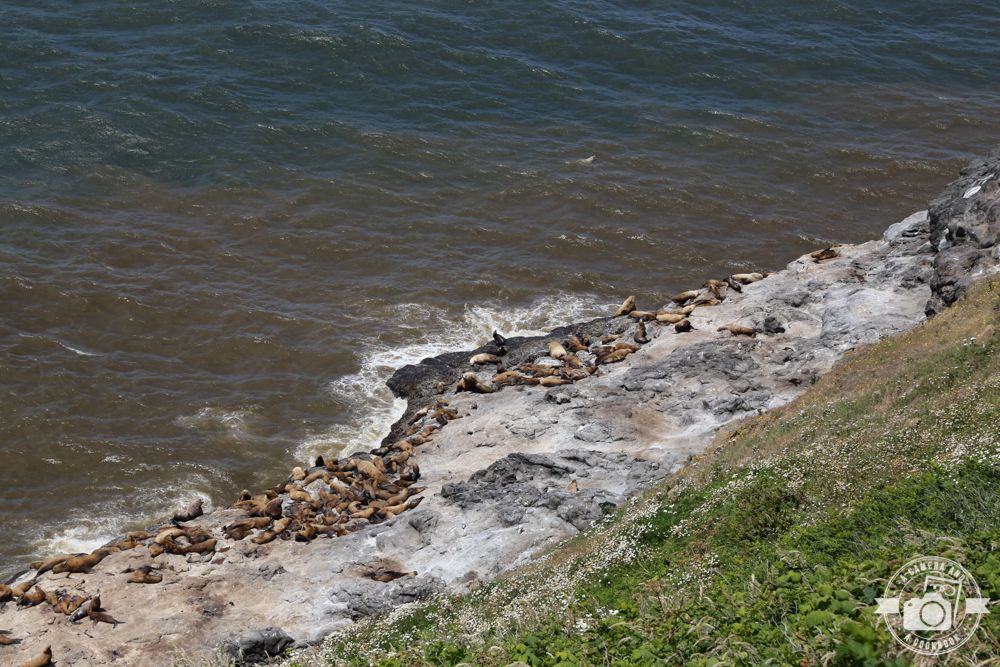 When you ride the elevator down, you enter the other side of the cave from where the sea lions are. Here you get a closer look at them and watch as they nap, play, swim, and bark. 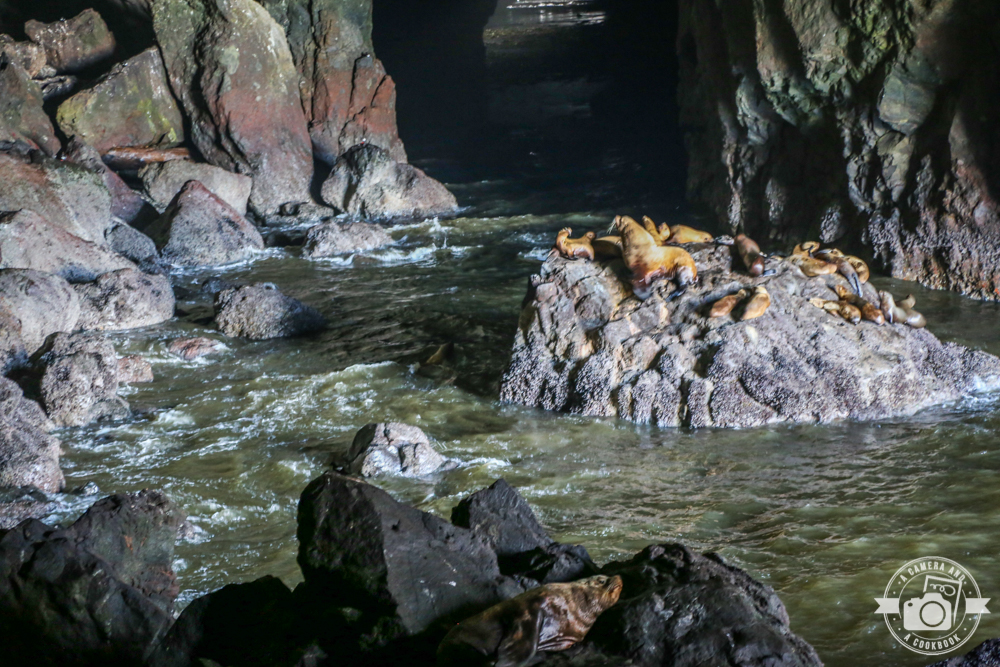 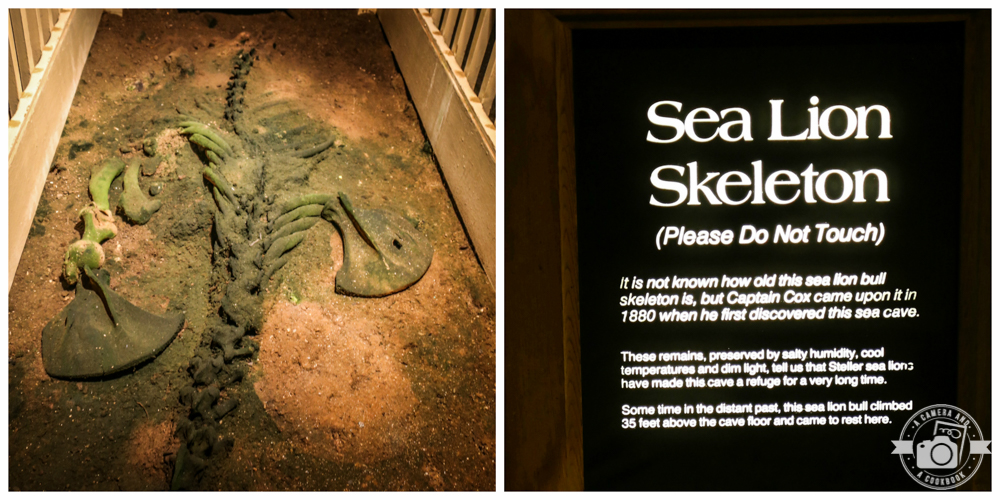 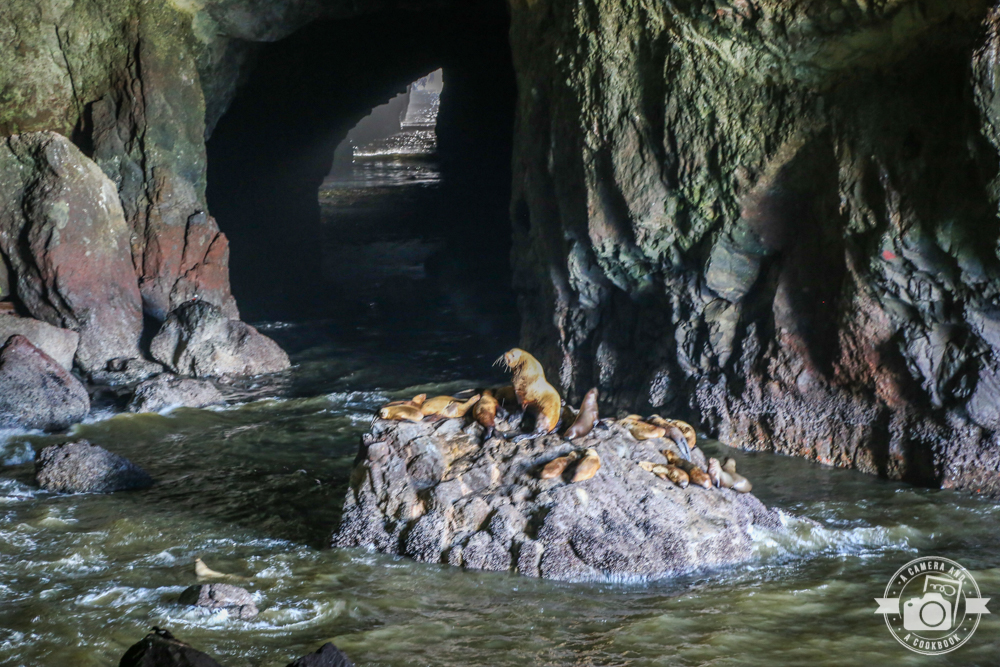 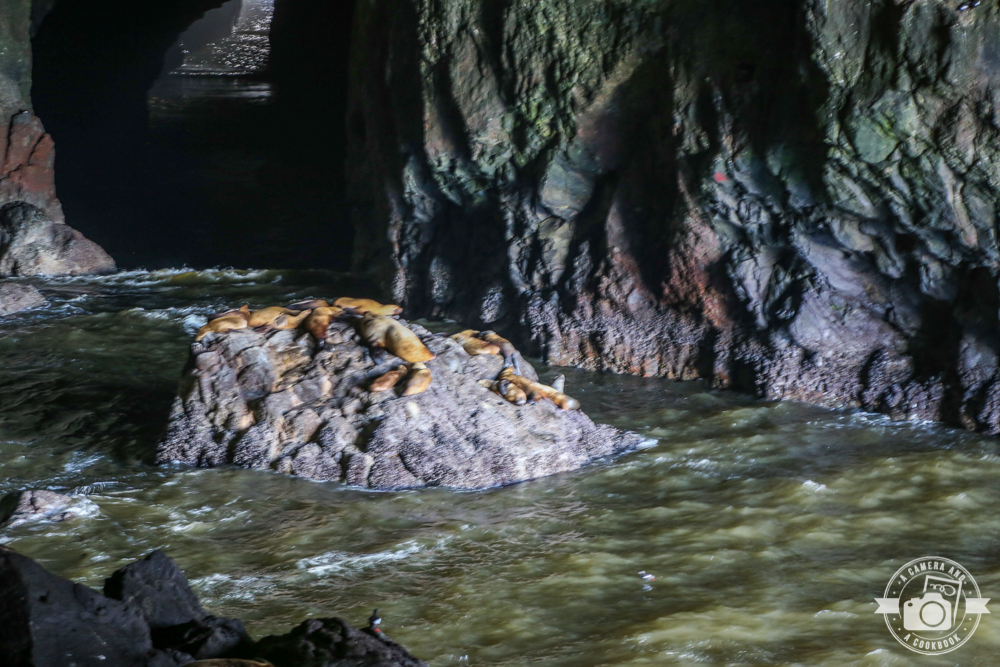 You can see the Hecetta Head Lighthouse from the caves.

Leaving the sea lions, we were famished so we were on the look out for a place to eat. We ended up at Ocean Bleu’s Seafood in Newport. Great food and great service. 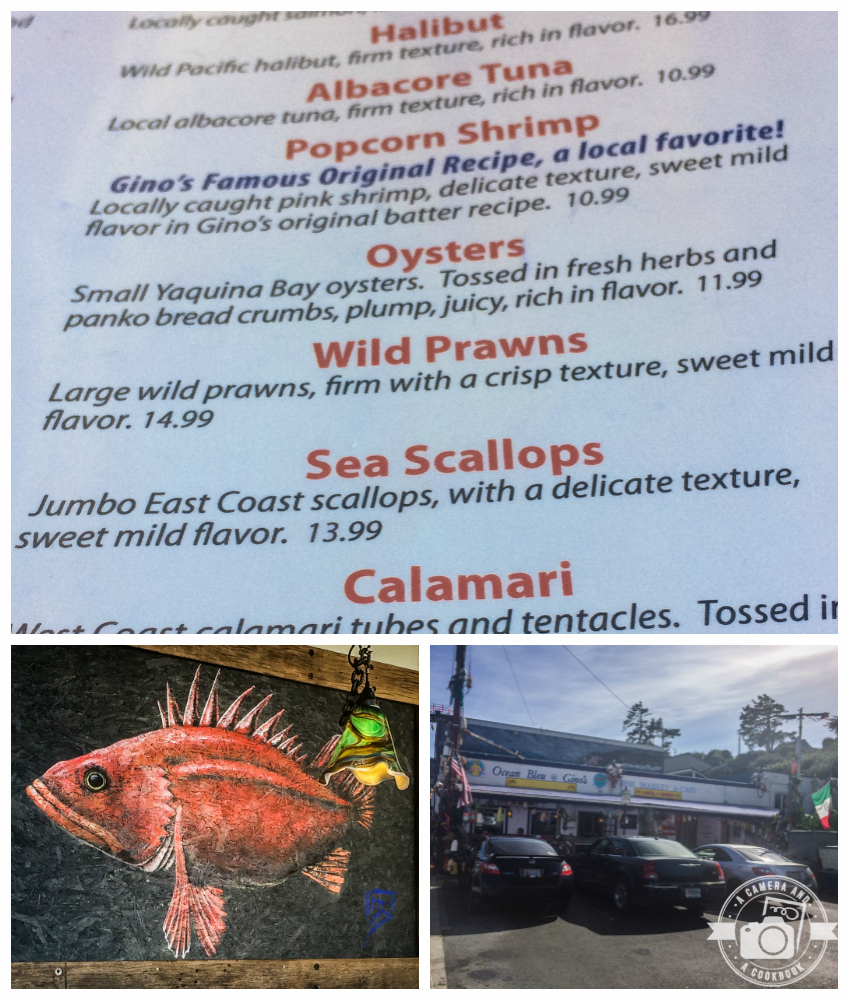 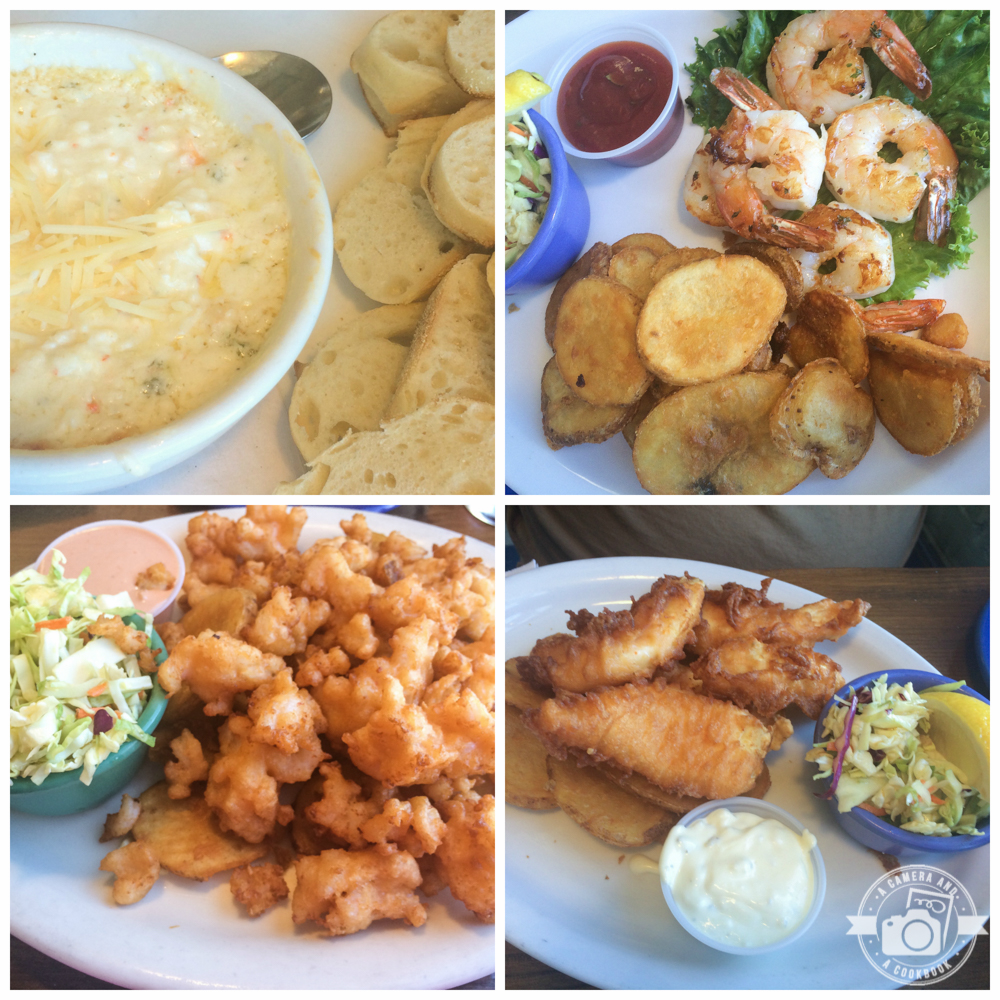 We checked into the hotel and the boys got their swimsuits and we headed to the beach near Newport. 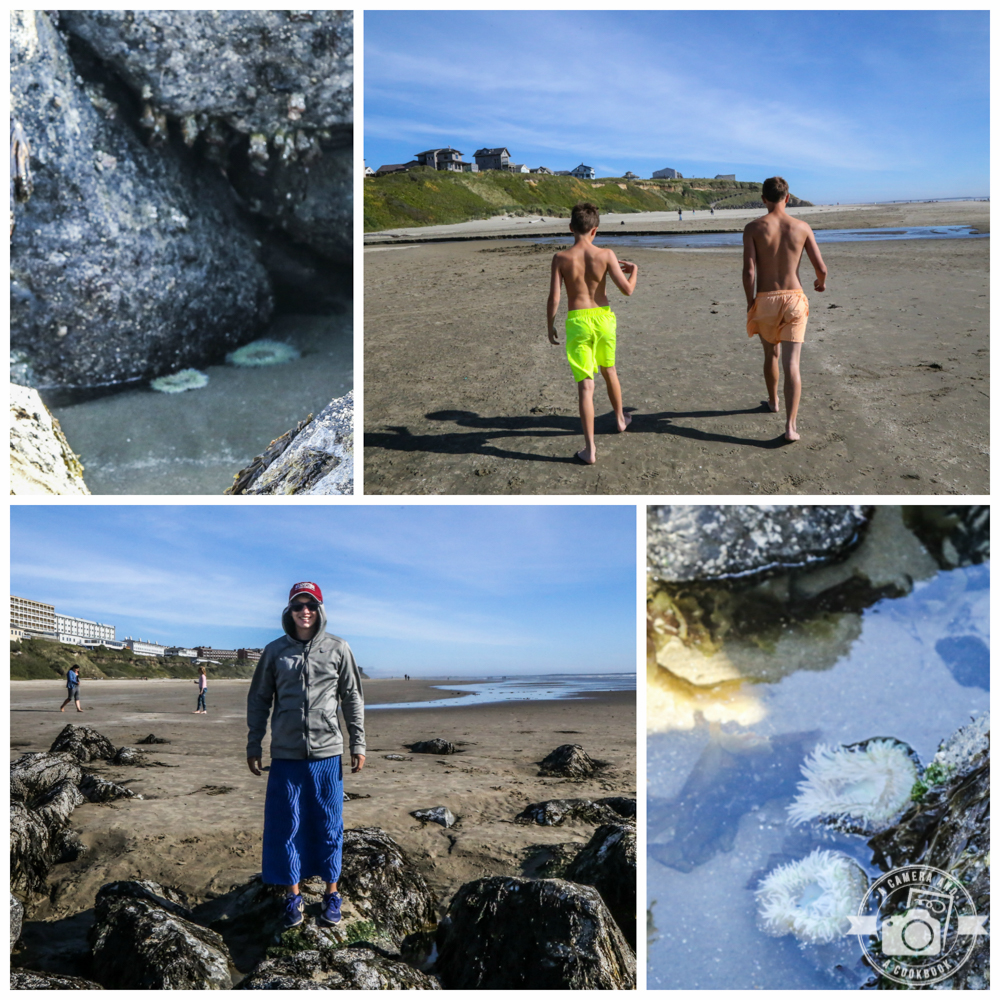 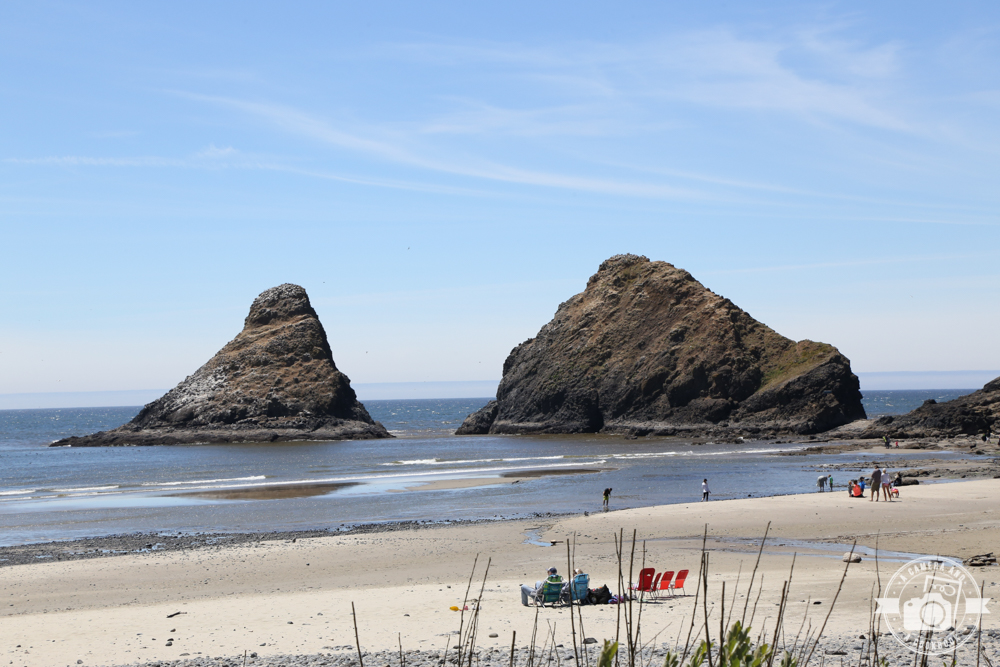 They didn’t stay in the water too long, because it was really cold. We enjoyed looking for sea anemones during low tide. 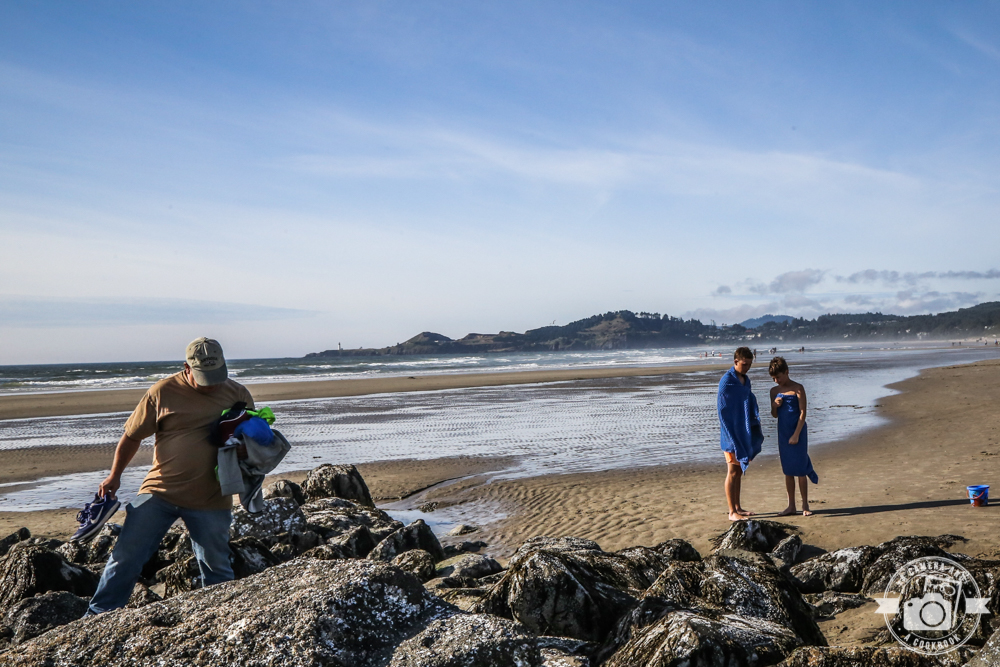 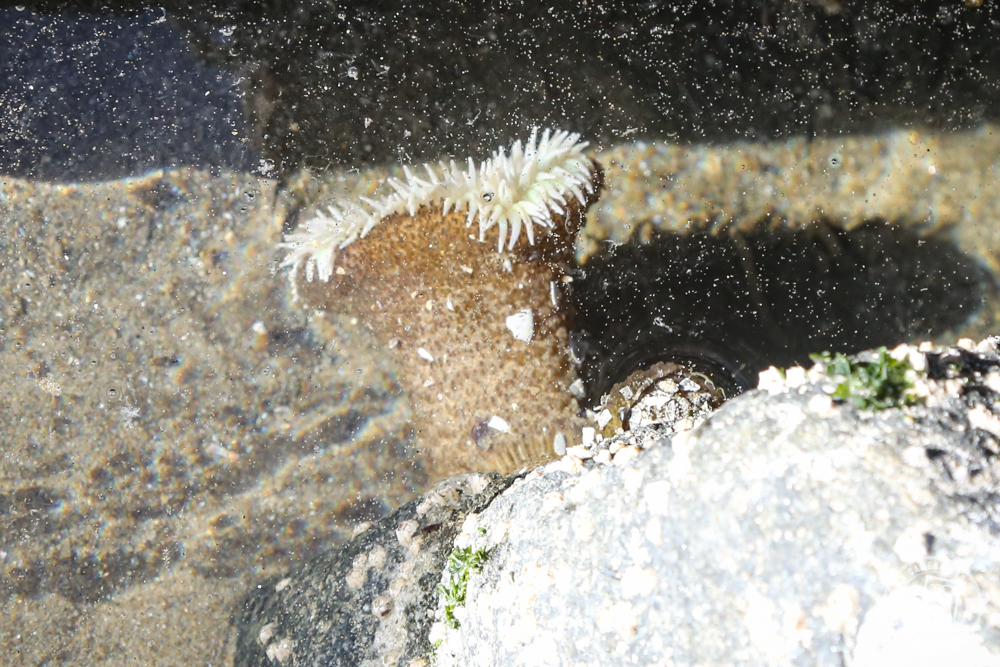 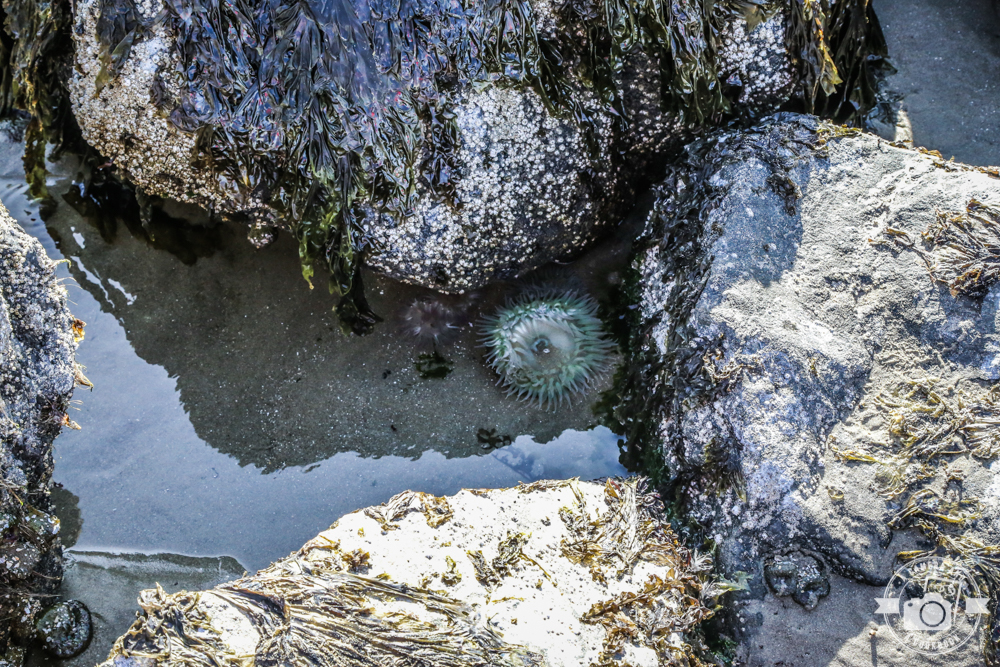 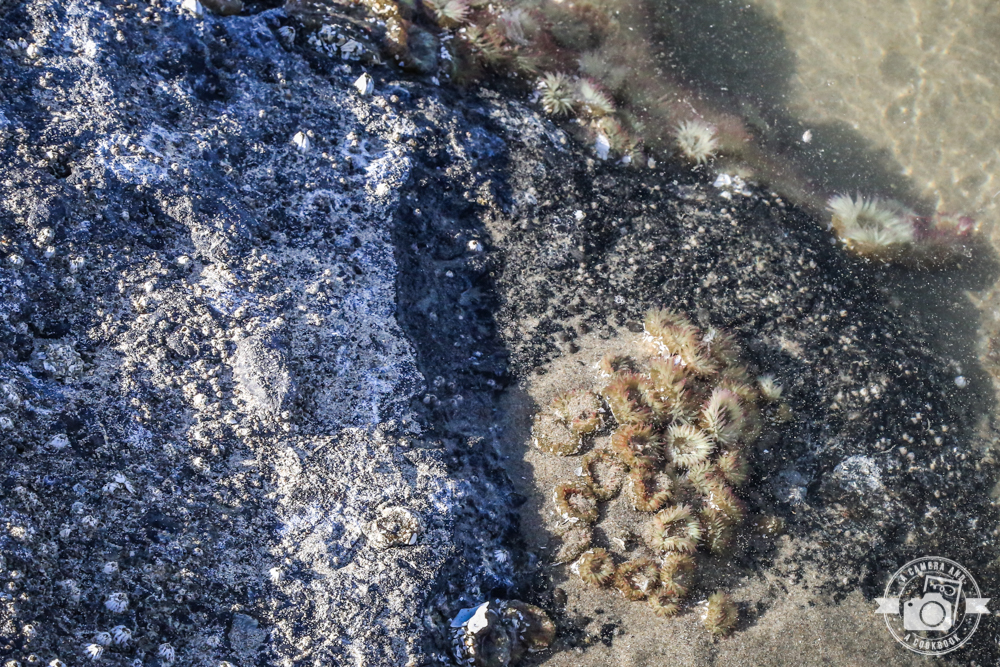 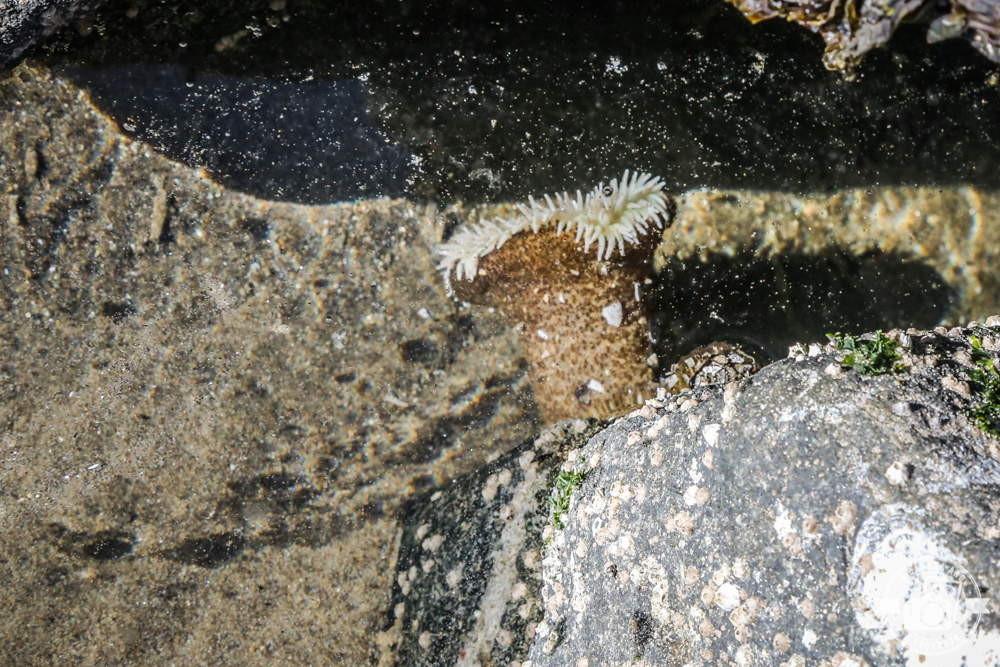 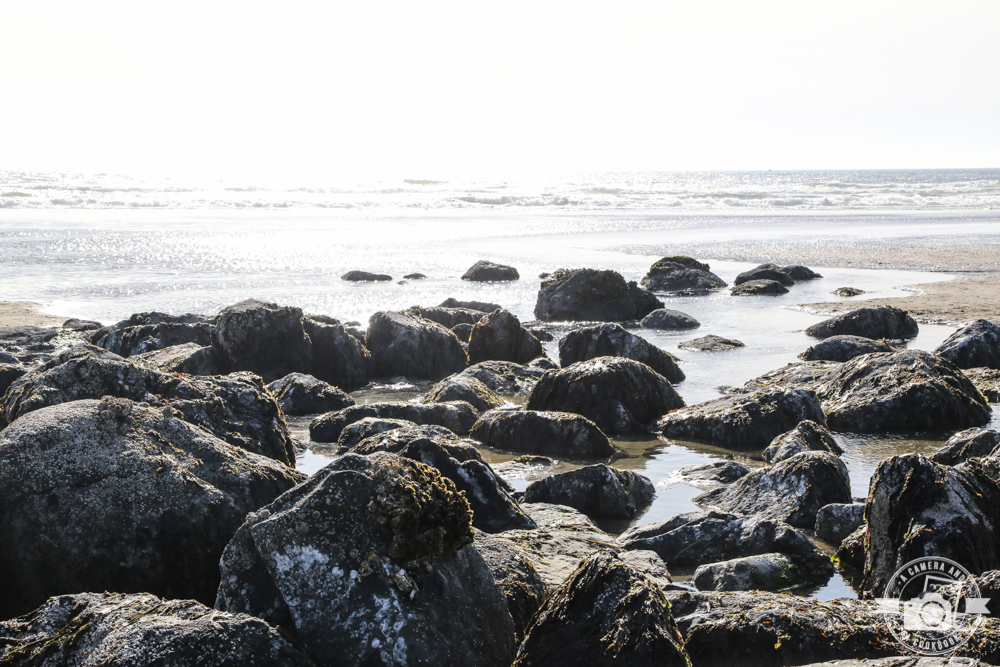 We stopped for ice cream at Newport Candy’s Ice Cream Parlor after we left the beach. Then we went back to the hotel and watched Goonies since we would be seeing Haystack Rock the next day.

See all the pic from the day here.

Want to know more about our West Coast Trip? See all the posts from our West Coast trip as well as the full itinerary and even a travel booklet for the whole family to enjoy along the way!