On our 6th day of adventures on the West Coast, we got up and left Eureka and continued north towards Crater Lake. 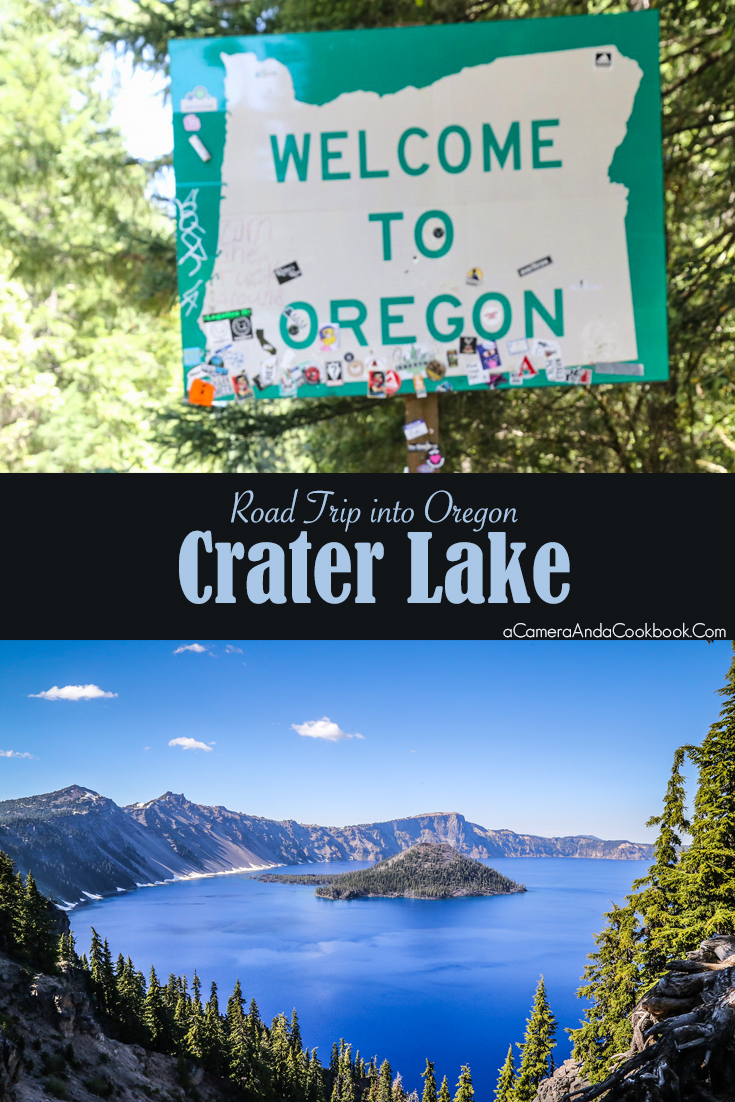 We made a quick stop at Thomas H. Kuchel Visitor Center in Orick, CA. We used the bathroom and took a quick peek inside. They have an informational desk, exhibits, bookstore, etc. We enjoyed walking out back where there’s a boardwalk to the shore and some informative signs about Tsunamis among other things. There was a cool bird’s nest we observed as well. 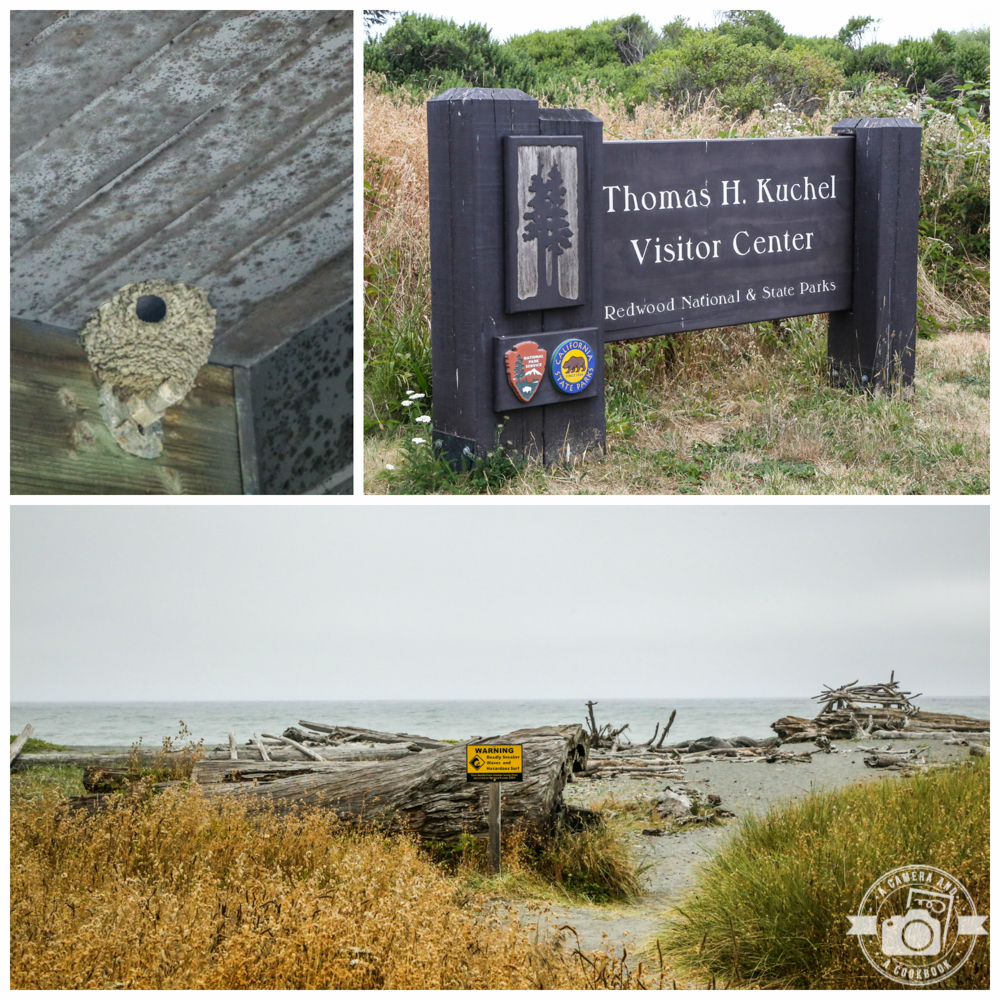 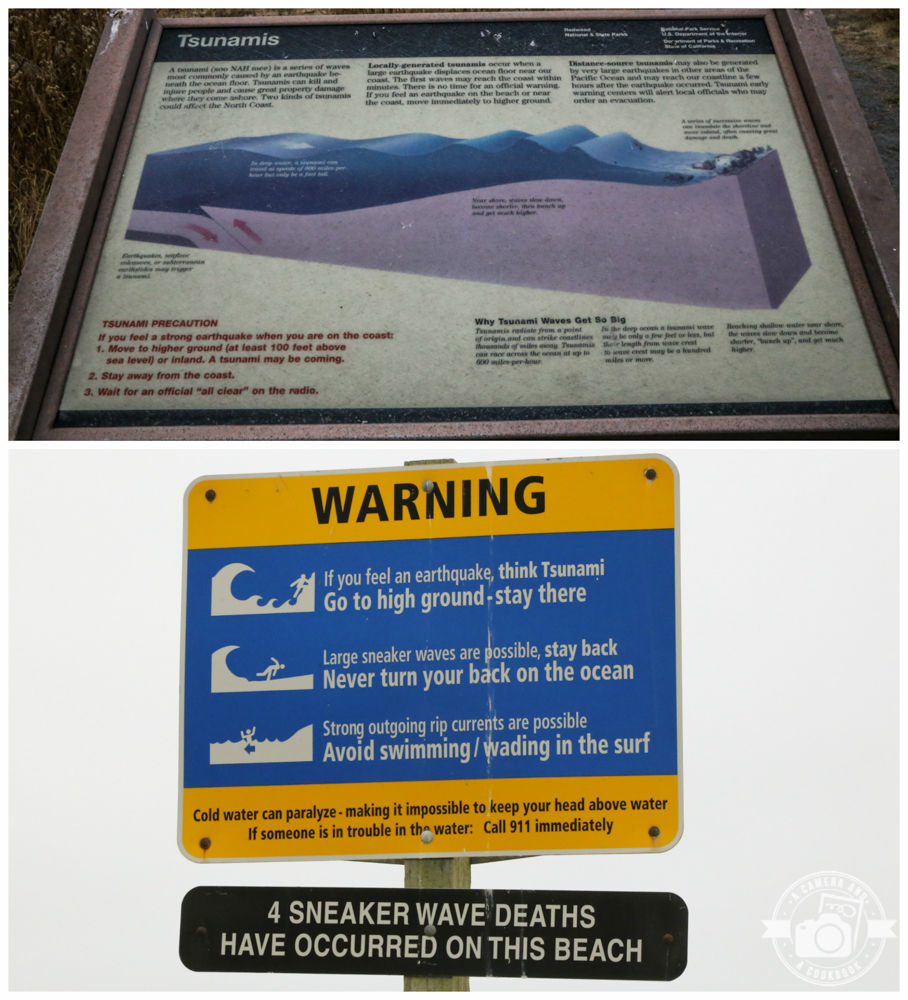 We later stopped in Cave Junction, Oregon for lunch at a Dairy Queen. Then, we forged on making a couple more stops at some picturesque locations along the way. 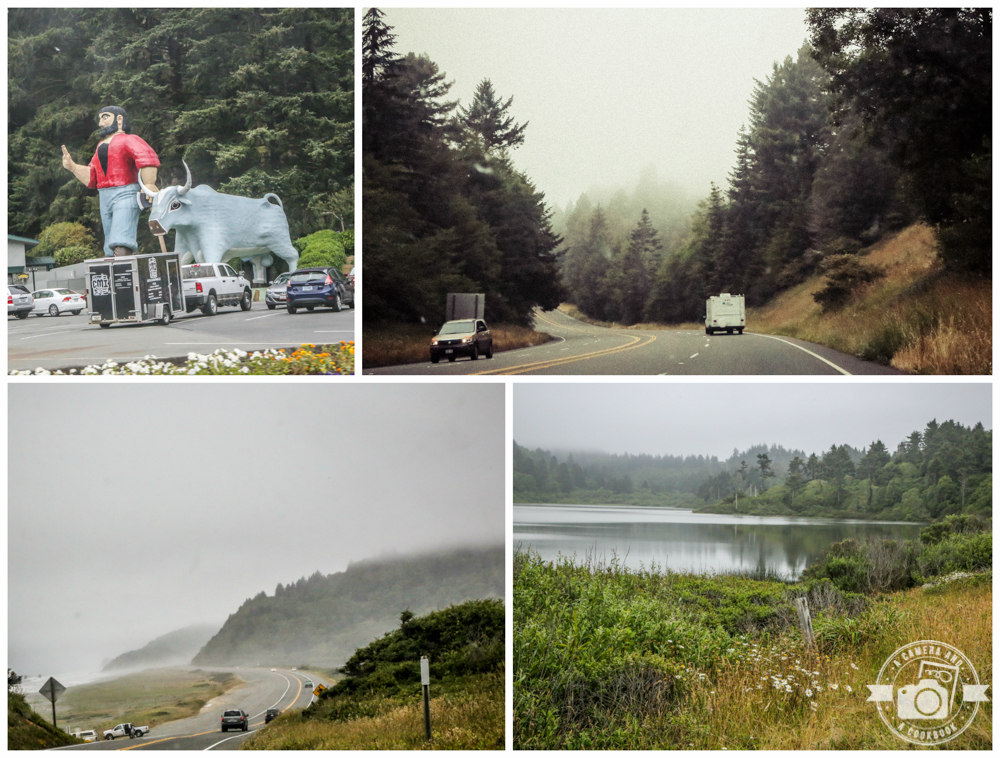 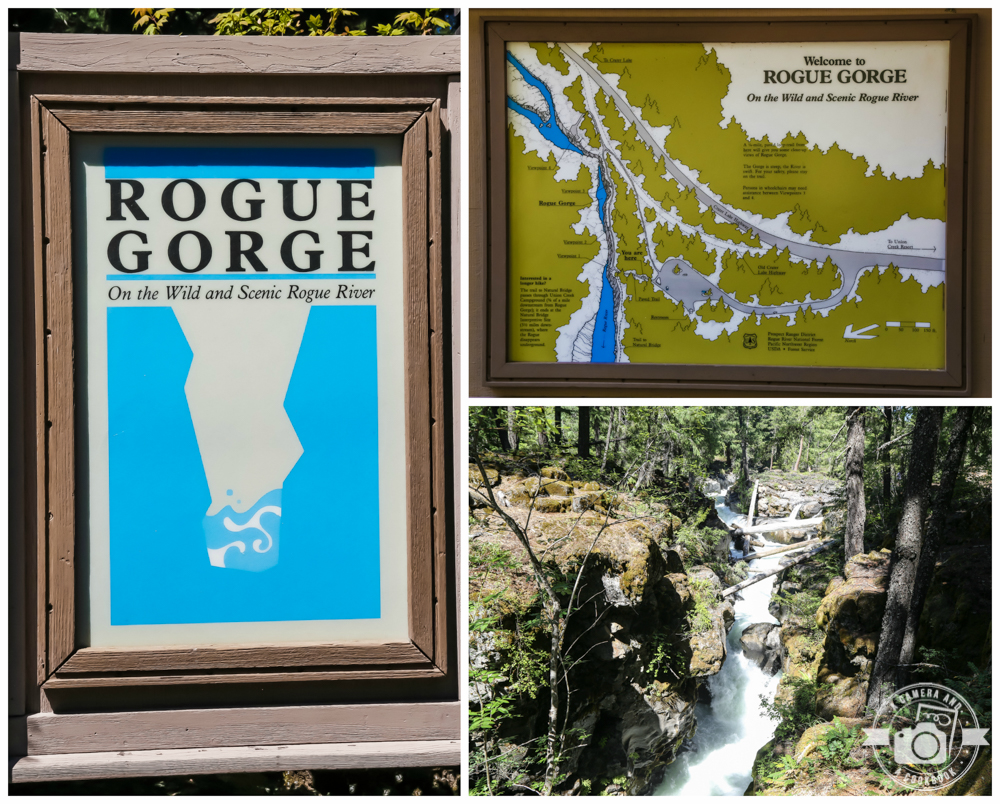 When we got to Crater Lake National Park, we paid the $15 to get in and made a stop at the Steel Visitors Center to make sure we saw all there was to see. The ranger we talked to wasn’t very friendly or helpful, but we at least got a brochure with some good info. 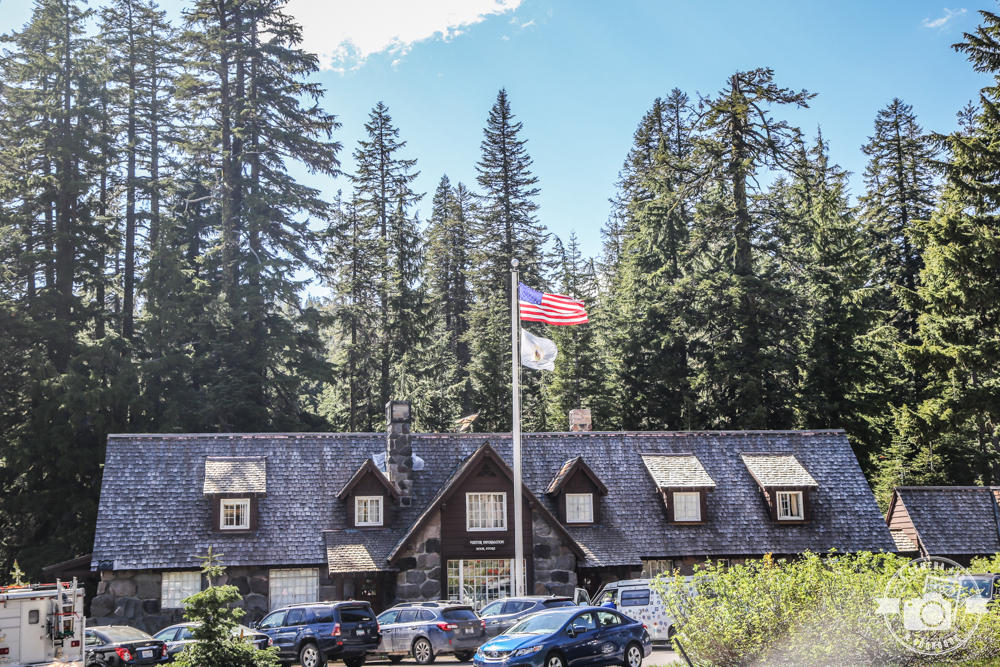 We did find out that part of the road was closed so we wouldn’t be able to drive all the way around the lake. There was only a small section we were unable to see.

We were curious about taking the hike down to the shoreline so that we could take the boat ride. However we found out that the hike down is quite long, steep, and strenuous. So we did not do it. 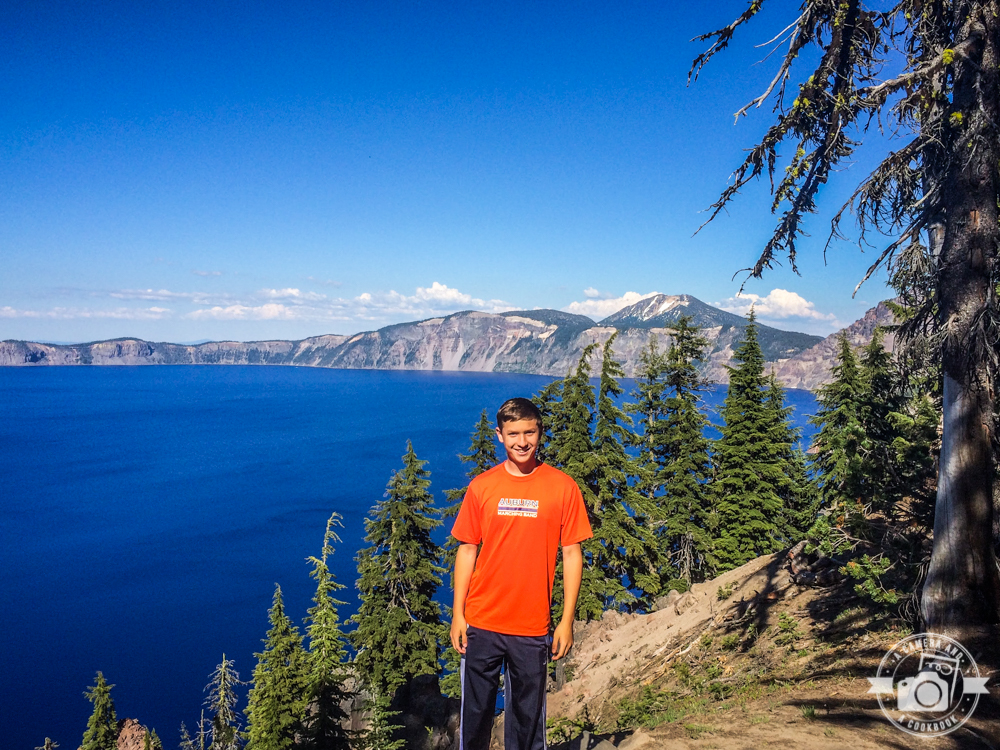 So let me back up here for a second…Crater Lake has been on my bucket list ever since I saw pictures of it in a book about Oregon. When we planned this trip, I was so excited to finally set my eyes on this amazing creation of nature. Now “Crater Lake” is not called that because a crater hit it. Crater Lake was formed when the volcano Mount Mazama had a massive eruption about 7,700 years ago forming a Caldera. Later eruptions caused the formations of the 2 islands in the lake; Wizard Island and Phantom Ship. Crater Lake is the deepest lake in the U.S. with a depth of 1,949 feet deep. No lakes or rivers run off of Crater Lake. 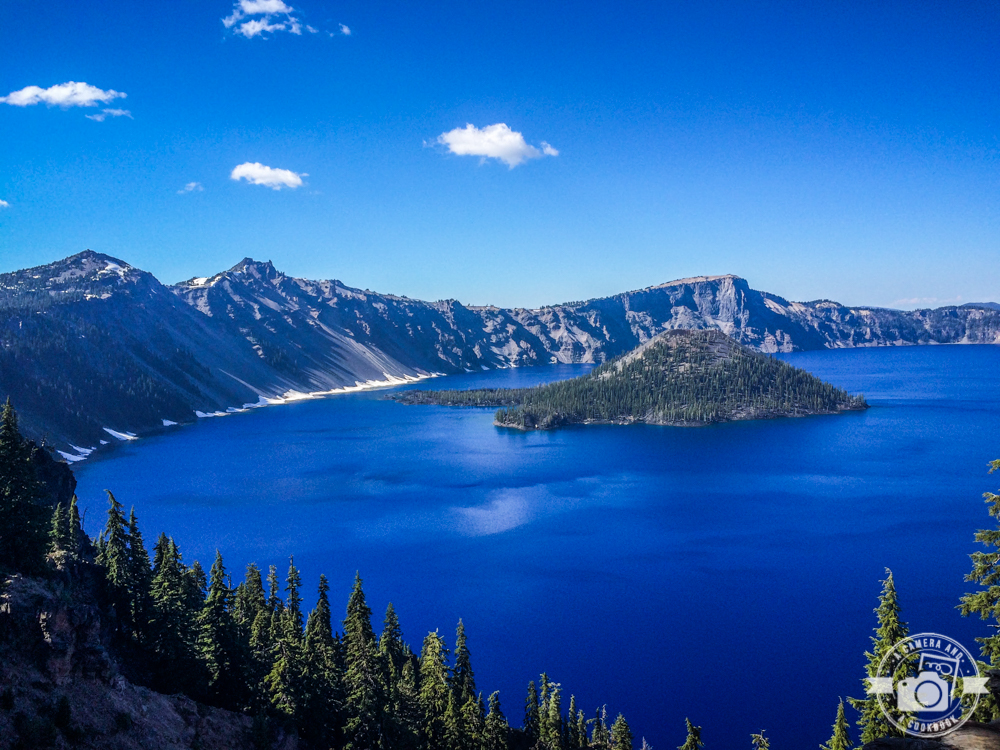 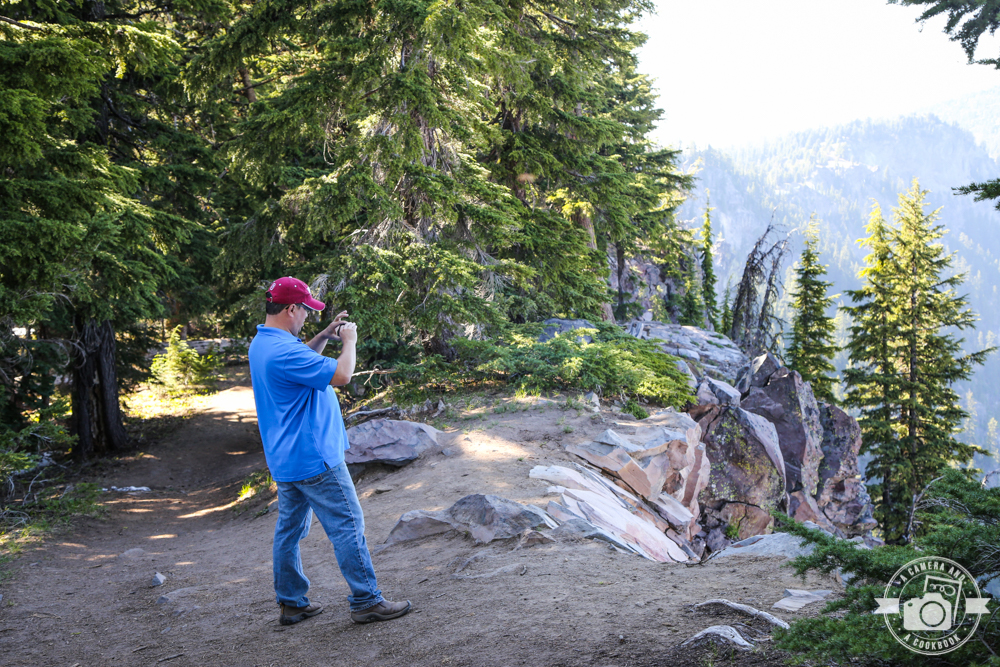 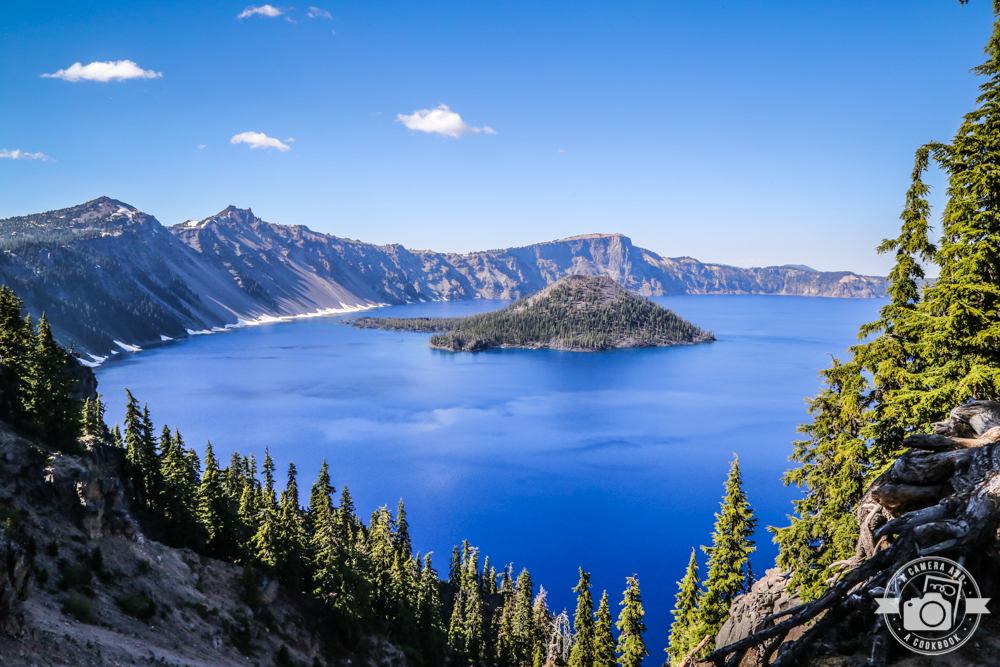 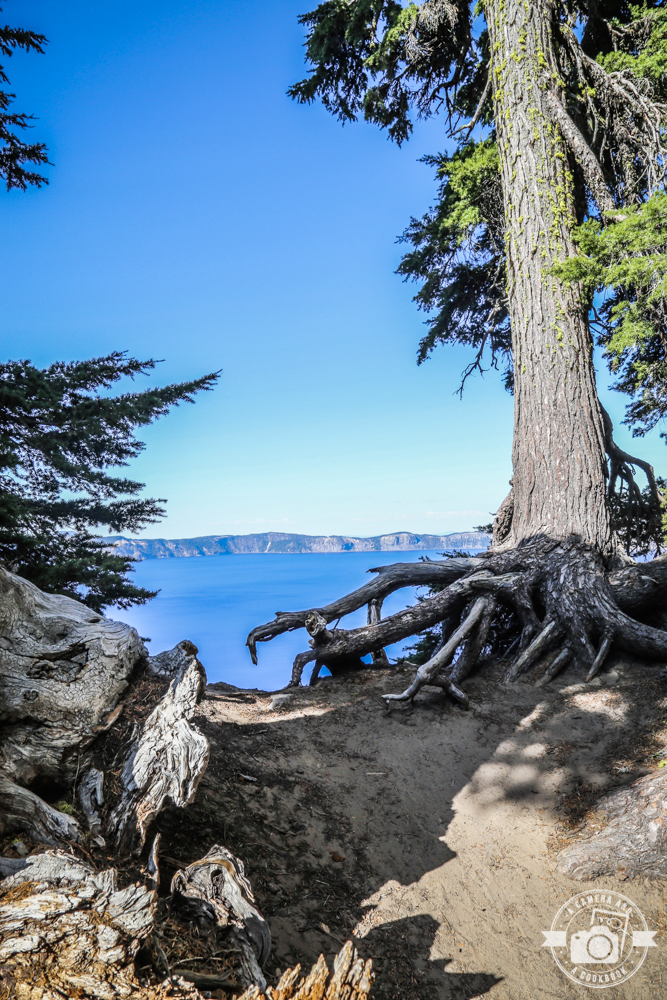 The sun was really bright even in the late afternoon. 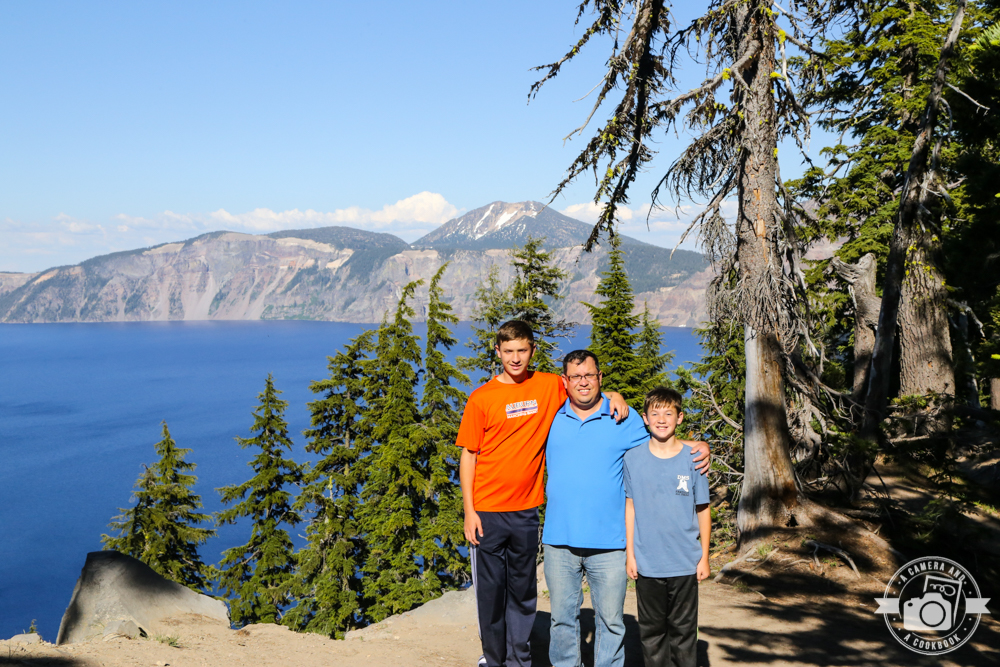 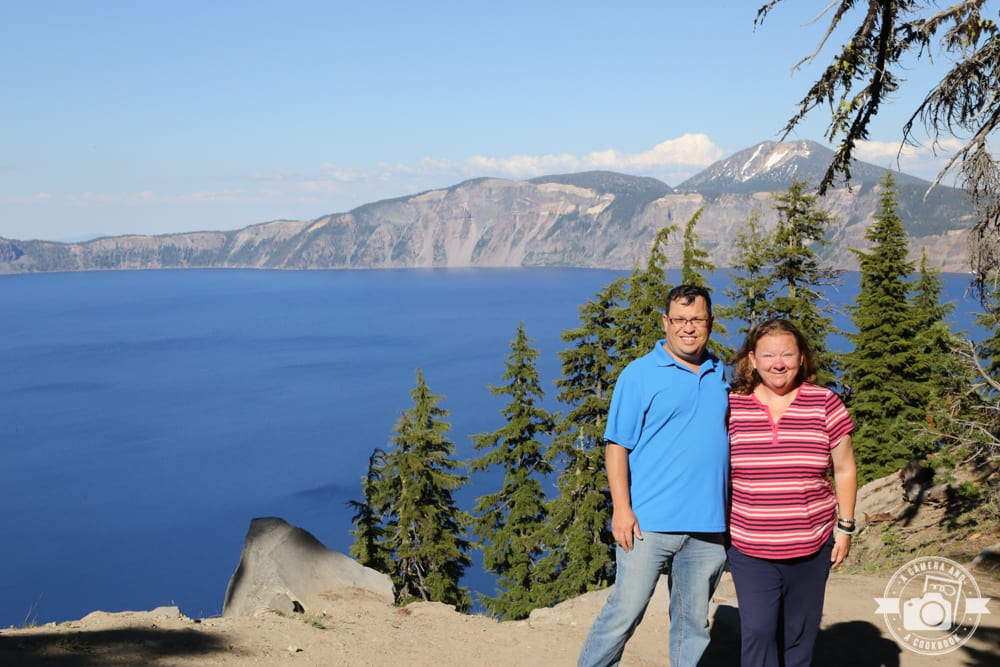 Lots of really cool history about this wondrous place. 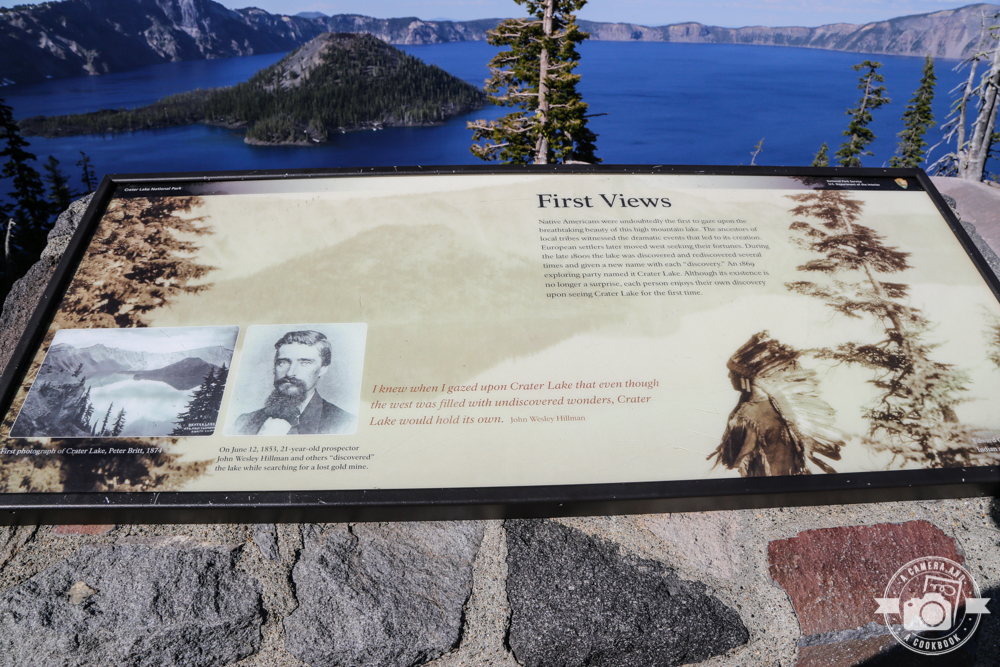 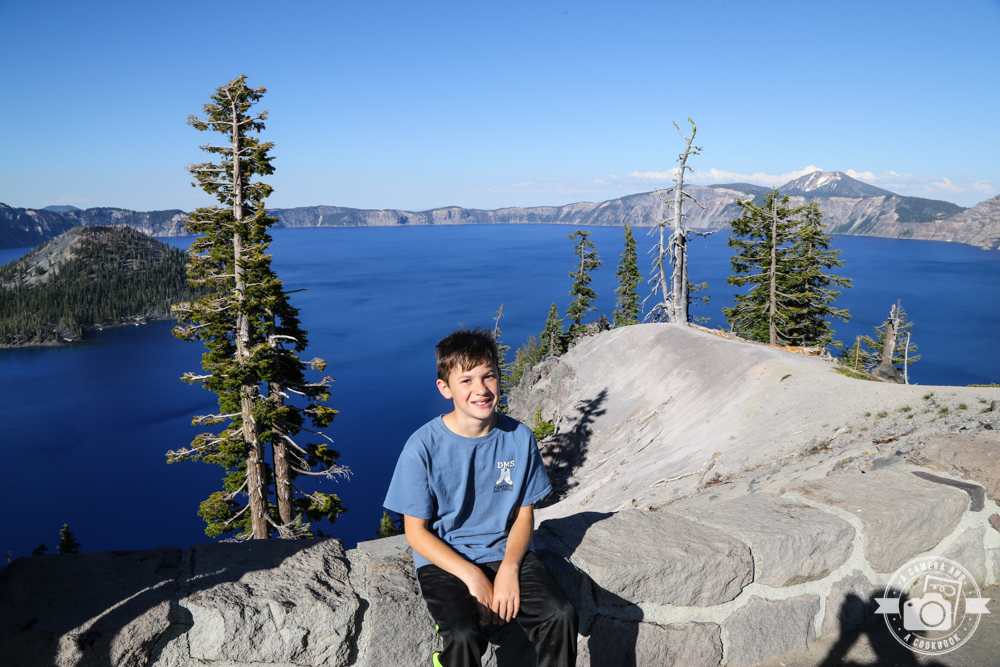 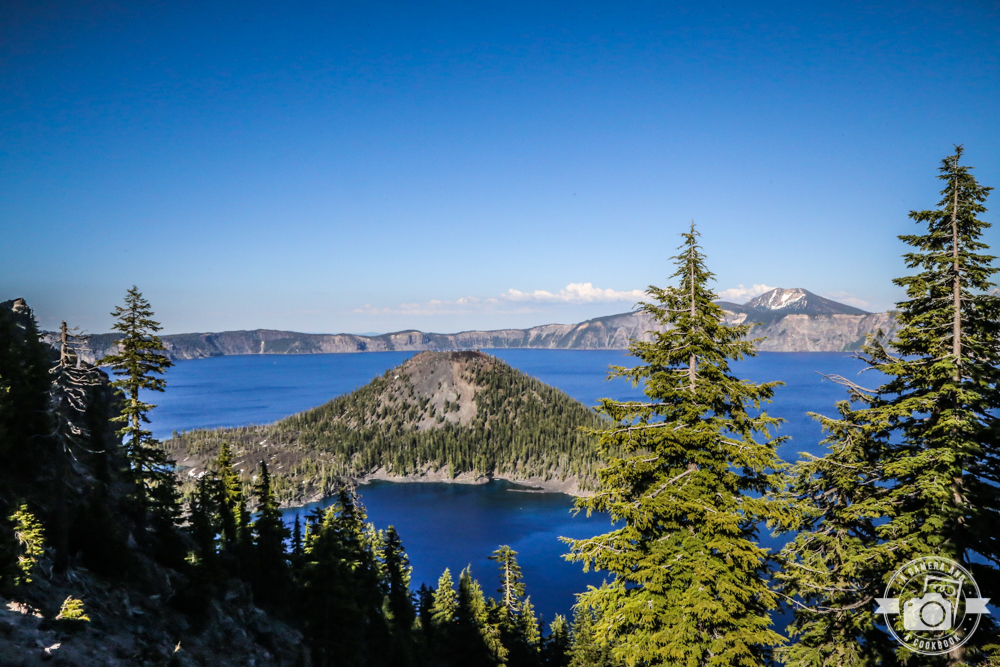 Lots of snow even with the temps being in the upper 50 to low 60s. 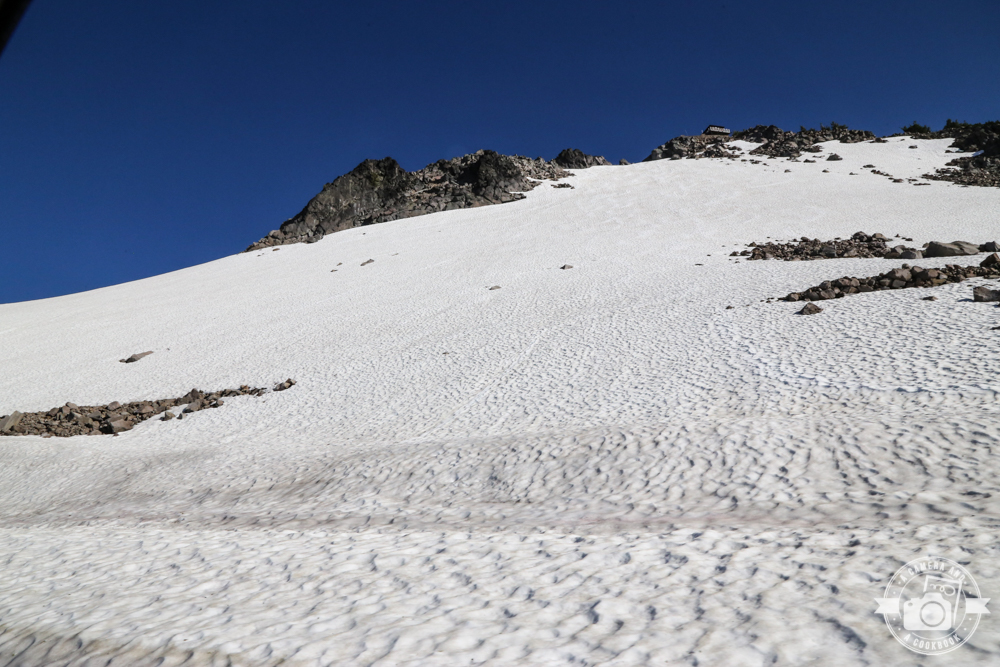 In the distance you see several large mountains. 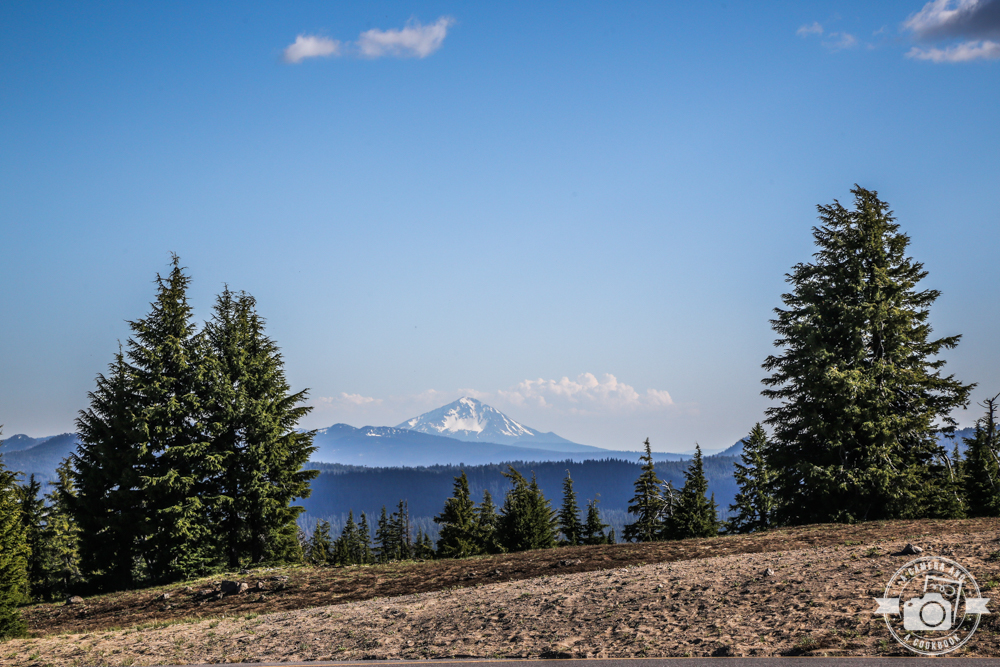 That afternoon we checked in to our cabin (F1) at Mazama Village. These are located inside the park just a few miles from the crater’s rim. There is no TV, AC, or WIFI. The rooms are basic with a nice clean, updated bathroom with shower; no tub. We opened the window to allow the room to cool of while we slept. There’s WIFI at the restaurant and store which is not far. 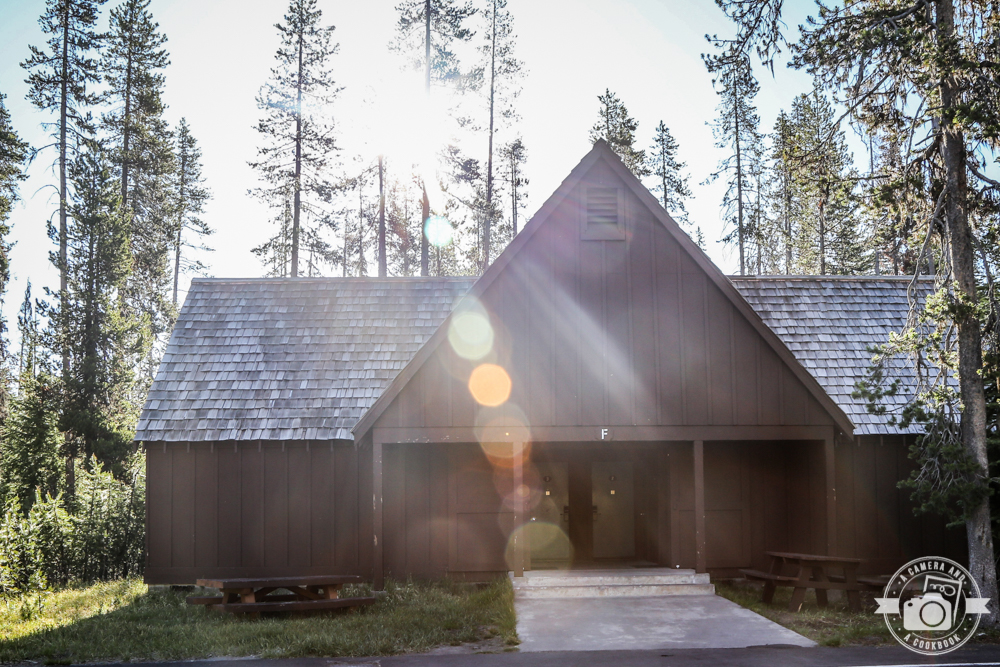 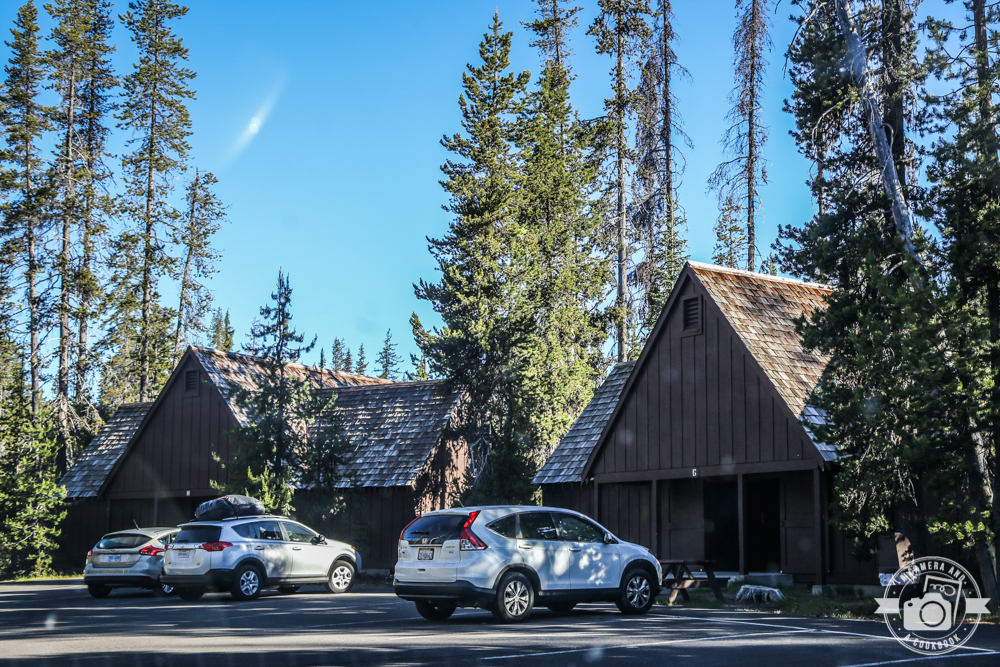 After checking in and unloading our stuff, we drove the other way around the lake since the road was blocked. 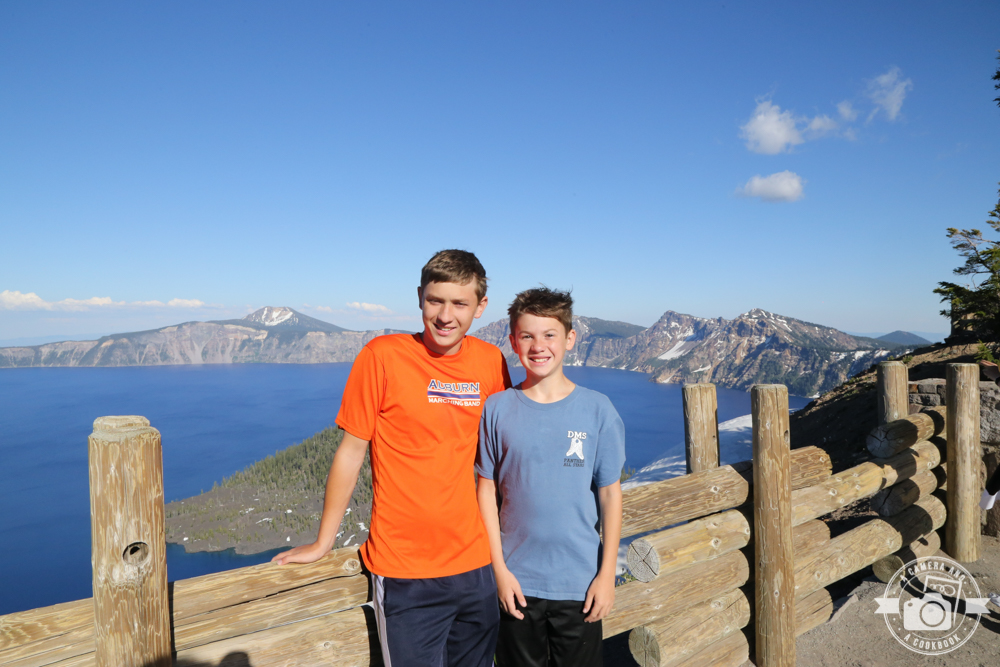 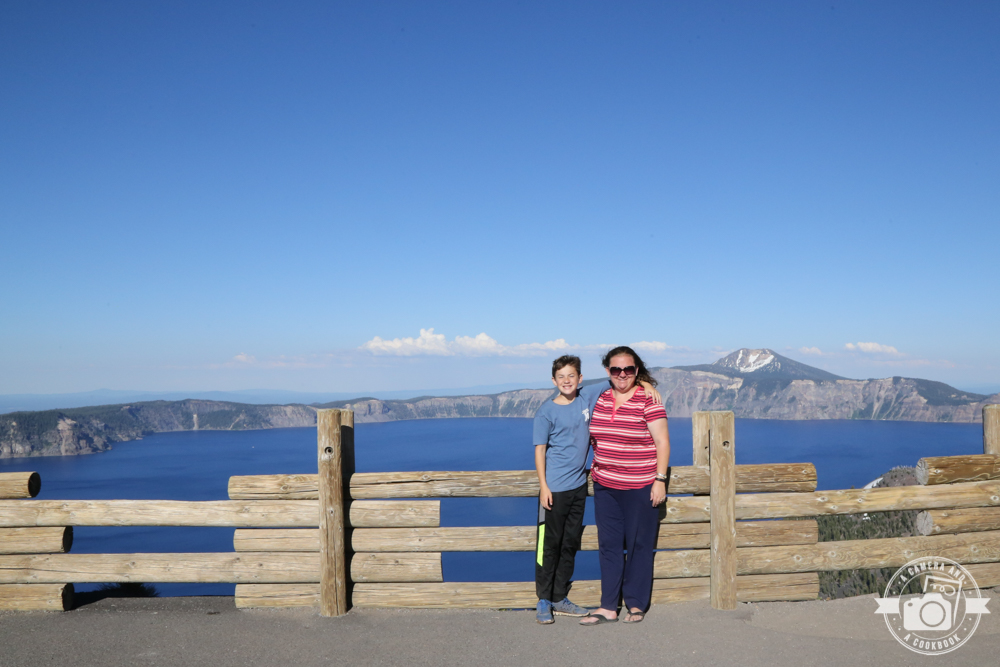 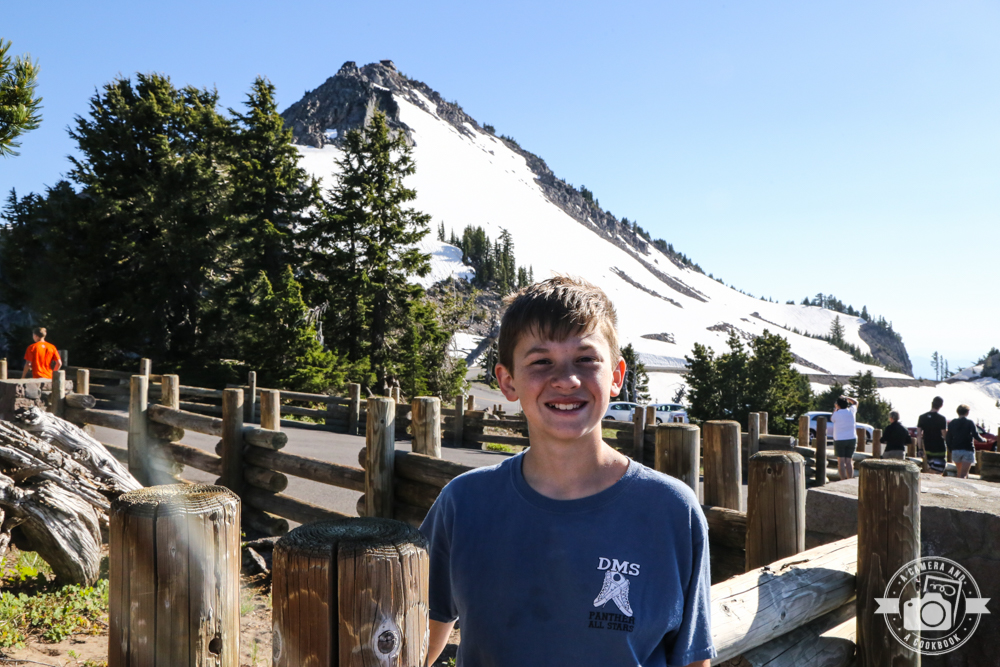 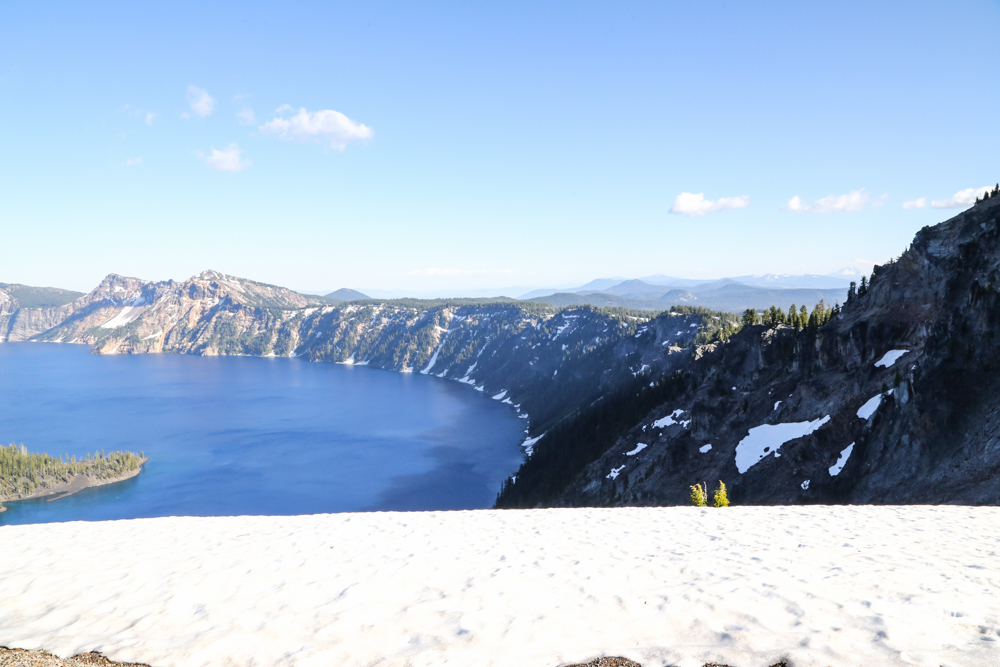 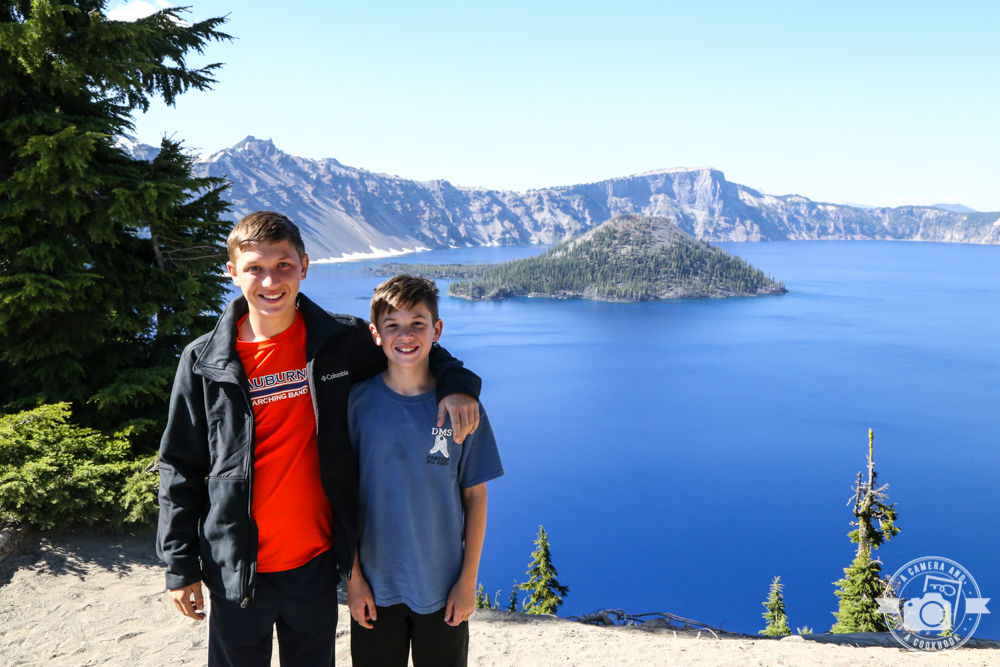 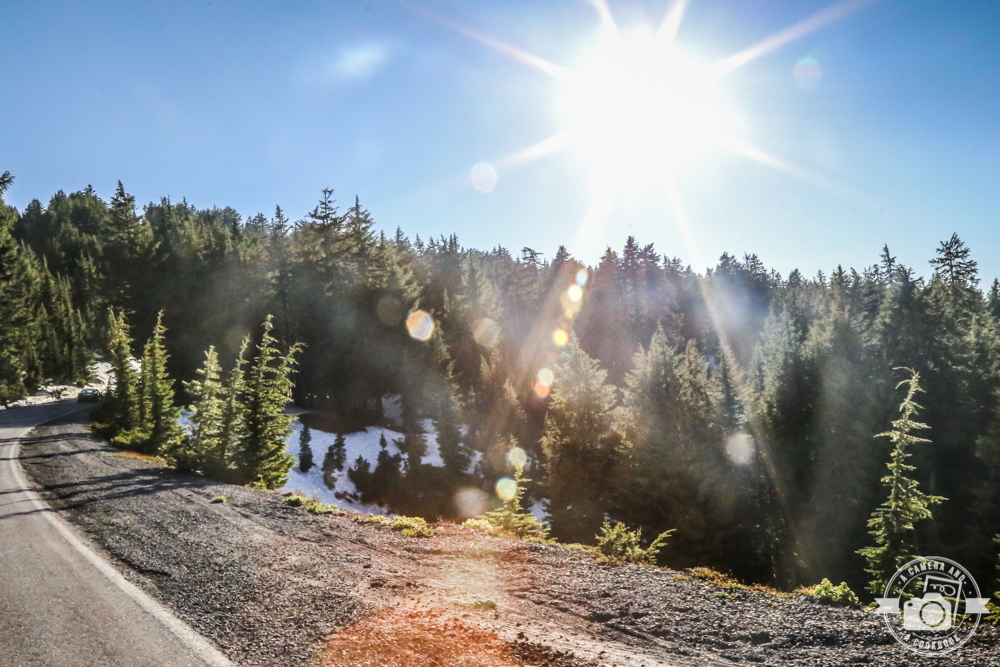 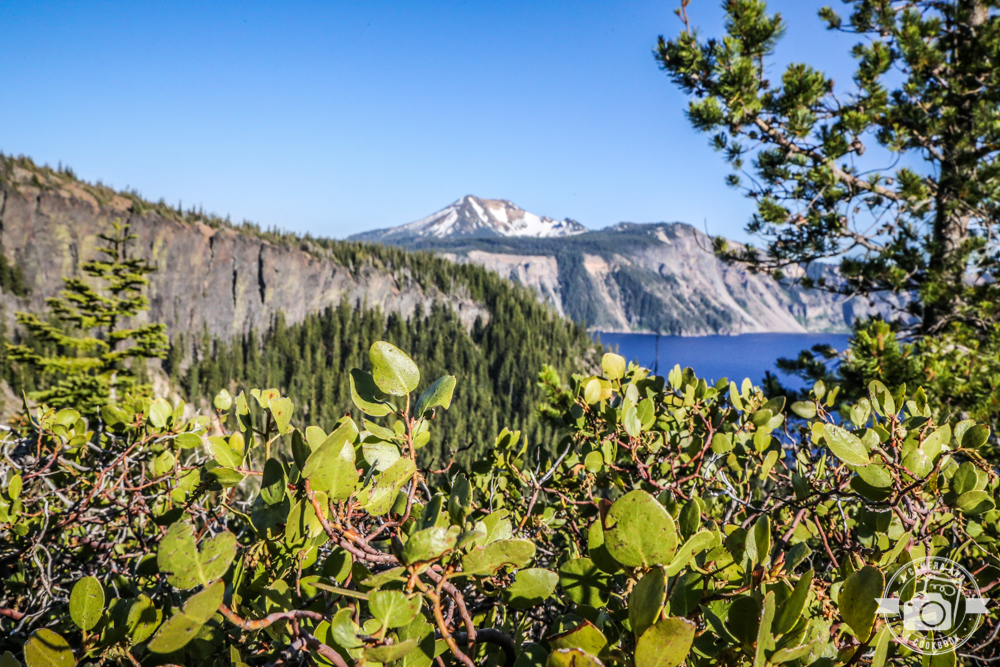 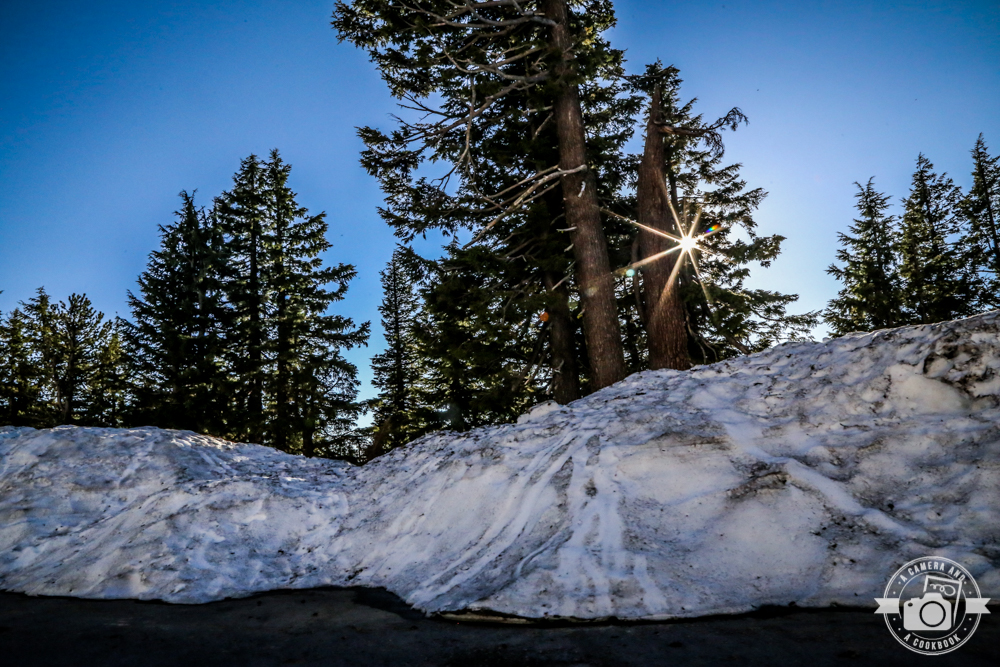 We spotted this guy as we headed back to the cabin. Rob did a U-turn so we could get closer. A park ranger was driving by and wagged his finger and shook his head at Rob signifying they don’t approve of U-turns in the park! Oops…

Later that evening, we decided to order a pizza to go from Annie Creek restaurant because there was a long wait. We got some cokes from the little grocery store they had there and brought it all back to our room. 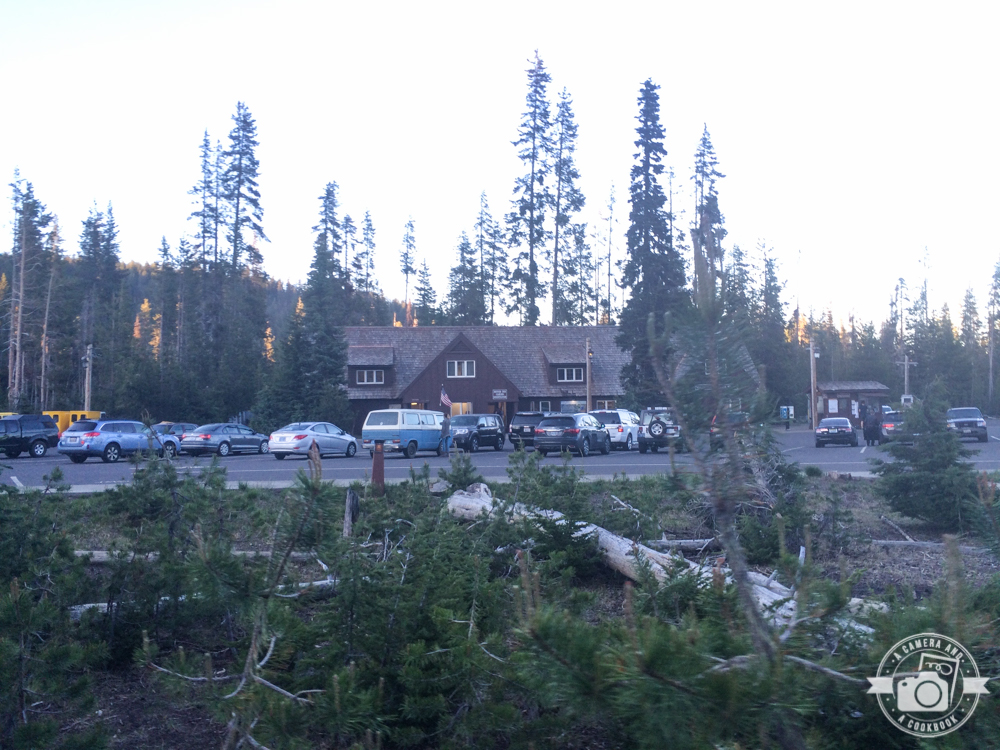 We retired to bed early because we were pretty tired and Rob’s back was really hurting. Keep an eye out for my nest West Coast Trip post when we continue traveling north to Eugene, Oregon.

Watch this video to experience Crater Lake a little closer

See all the pic from the day here.

See all the posts from our West Coast trip as well as the full itinerary and even a travel booklet for the whole family to enjoy along the way!