iPHONE PICS & GOINGS ON
Last Sunday we went over to the in-law’s so Rob could help his step dad with our truck that is over there. Alex and I hung out. We brought Kayleigh, because she always has fun hanging out with the dogs there. Here she is with Katara. 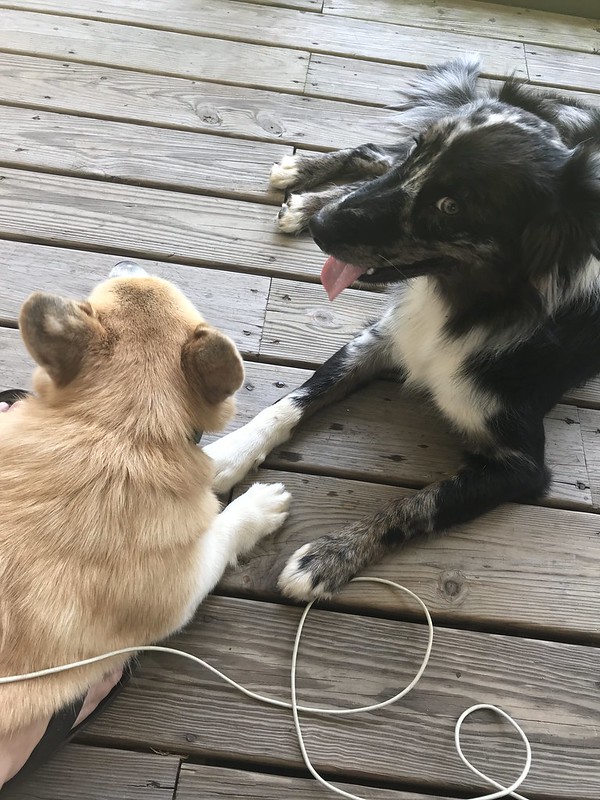 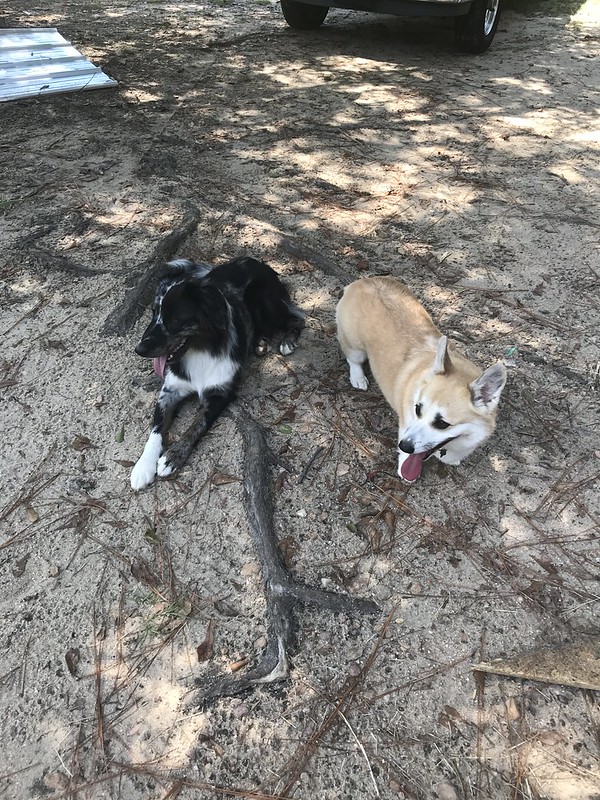 Big Boy was laying in the barn and for a second I thought he was dead because he was laying so still. I walked over and saw that he was breathing and right after I took this pic he rolled over and looked at me. 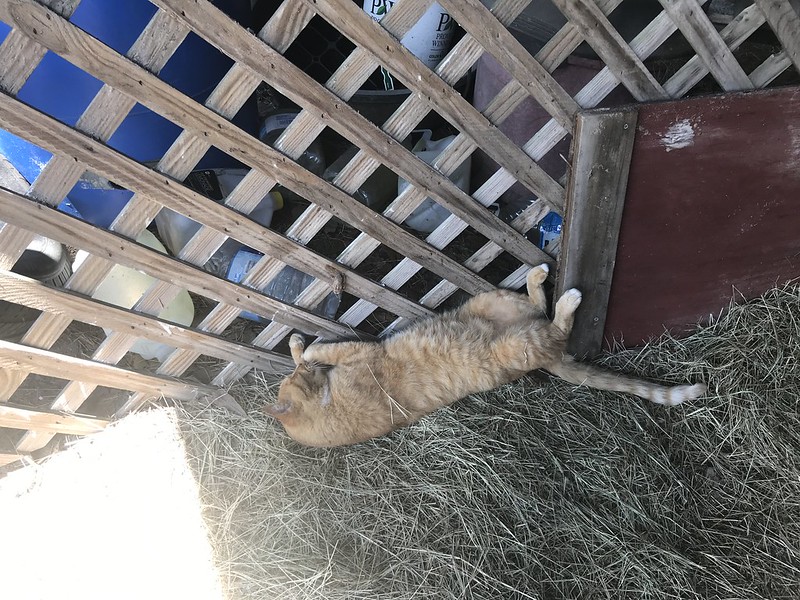 Saturday, Rob and I worked more on his office and got stuff up on a couple walls. I think it looks great! 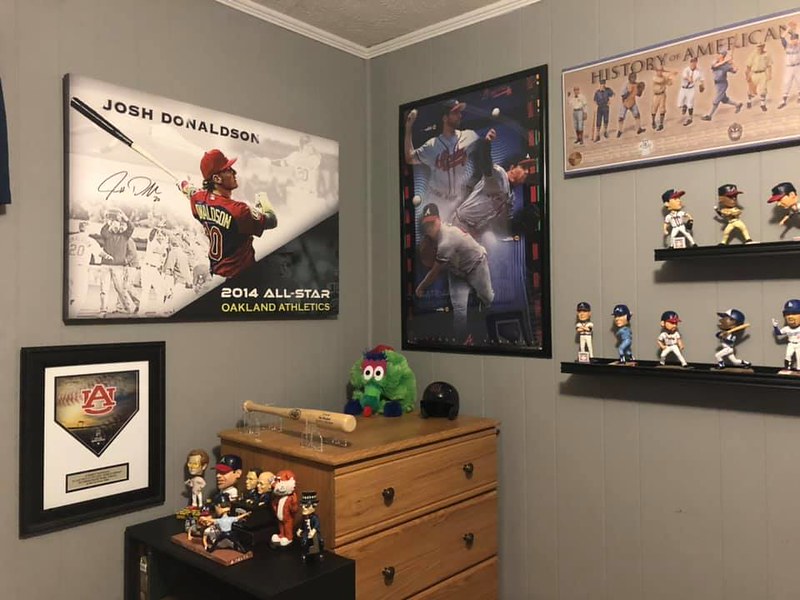 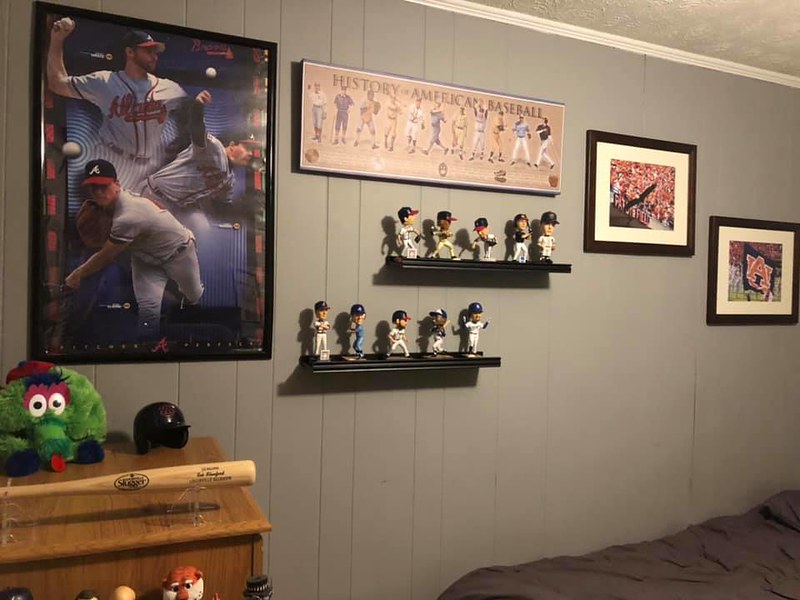 In the garden, I’ve had what look like stinkbugs literally inside some cherry tomatoes. Only on 1 plant, thank goodness! 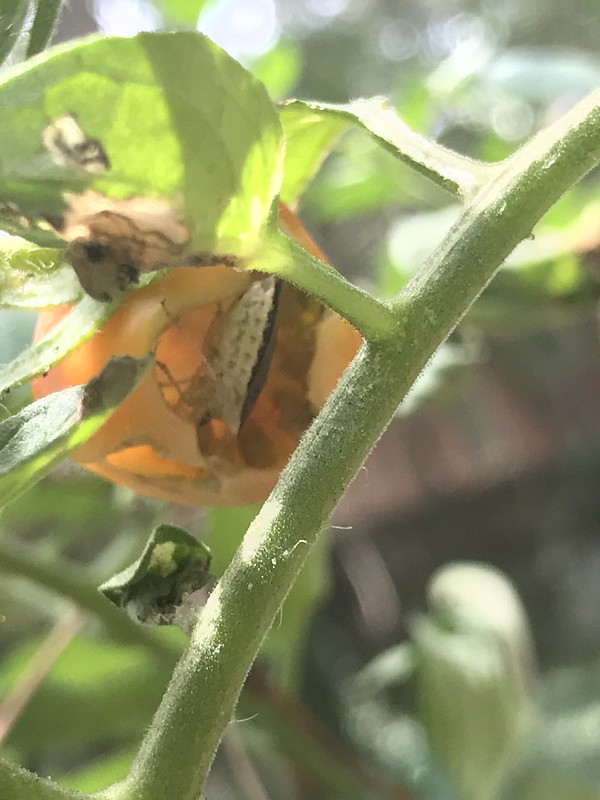 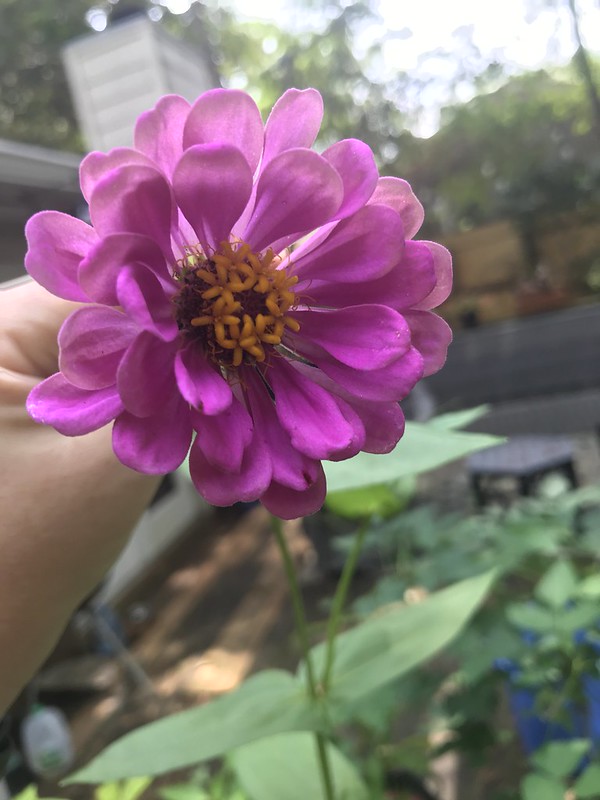 I’m so excited about this Zinnia even though it didn’t get as big as Zinnias can get. It is however taller than me because it’s in a pot on a table just under waist height. I’ll pull the zinnia down to look at it. One day I pulled it down and this bumblebee scared me as I didn’t see it until we were eye to eye! He just kept on with his pollinating business.

This pic was after he crawled where I could see him. 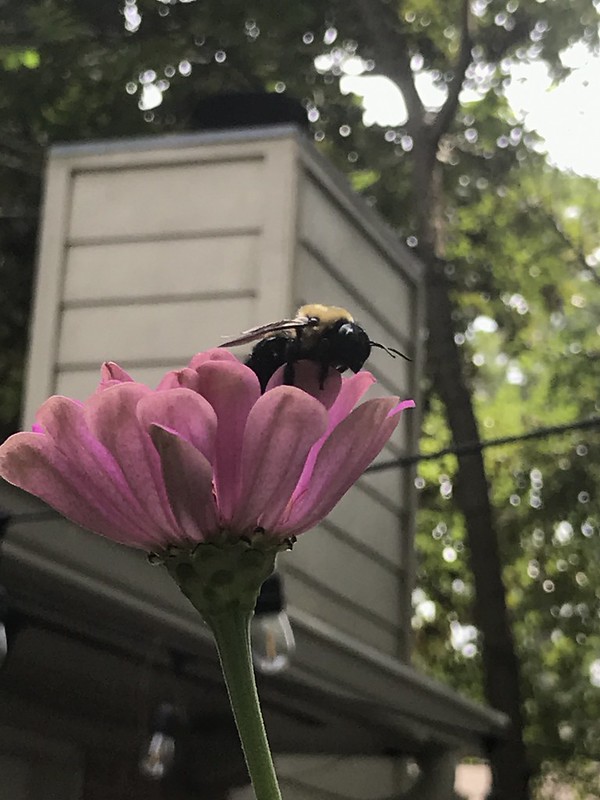 THOUGHTS
This last week was super stressful at work. I was actually in the office all week. 1st week of classes, more training of new student hires, updating a former student who’s going to be a temp employee for us, all the questions. My week started off by one of my students telling me there was a not very nice patron (grad students) on the phone who is not happy about fines. The conversation starts like this, “Hi, Let me go ahead and pull up your record and I’ll see what I can do for you.”

Him: he says his last name and continues to tell me how absolutely ridiculous that we are charging him 2 fines per book, yada yada yada!

I ended up renewing the books (because he is doing “Academic Research” that sounds oh so important!) and removing all $400+ fines without any argument for me.
Even writing this a week later my heart starts to beat fast and I just start to feel ill out how mean he was to me. Honestly, it was hard to stay nice and I know the tone in my voice continued to change, the longer he continued to berate me.

He said he was sorry that we charge all this money. Yeah, I thought he was actually going to say he was sorry for what a jerk he was, but no that’s not what he was sorry for. I’m not usually one to call someone out, but after he said that, I said something to the effect, I don’t deserve to be talked to like this. You have been nothing but rude and condescending. In our department we do our very best to communicate and help people out as much as we can and I’ve done more than enough for you today. I think next time you’re upset about something you should take some advice like I have chosen to do today and to kill people with kindness, so I hope you have a GREAT DAY!!!

I paused. He said nothing, so I hung up!

After that I had to get up and walk around. As I finished the conversation, my voice was crackling, because I cry when I get mad and I was about to lose it. The hair on my arms stood up, I was so mad! I went and talked to my students up front to help me calm down.

Honestly, I usually don’t let people ruffle my feathers at work when it comes to stuff like this. I mean my job before this one was in the Business Desk, where that was one of the main things I did was to deal with people and their fines.