PICS & GOINGS ON
Here’s Katniss hanging out on the deck stairs, which comes down from our bedroom. 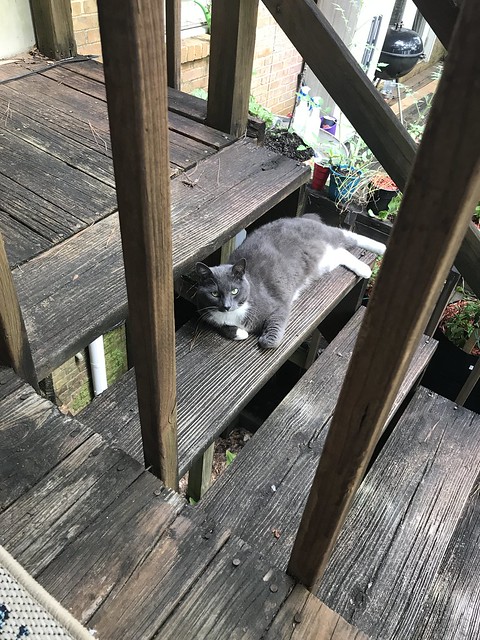 Here’s the house right before they started installing gutters that’s they extension cord is running in the yard. 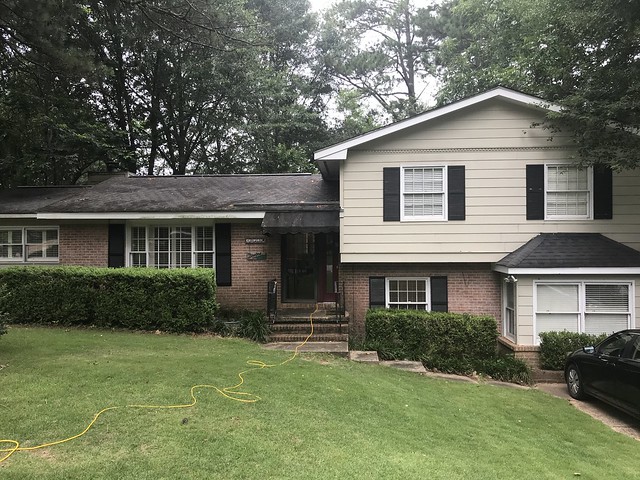 Here’s the after – Nasty old awning gone is probably the biggest different you can see. 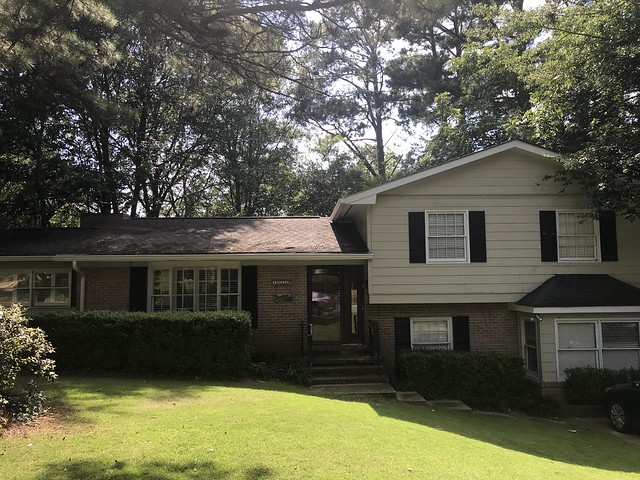 And Kayleigh is just the cutest and this is one evening before the bugs got so terribly bad that even the Citronella candles don’t help. 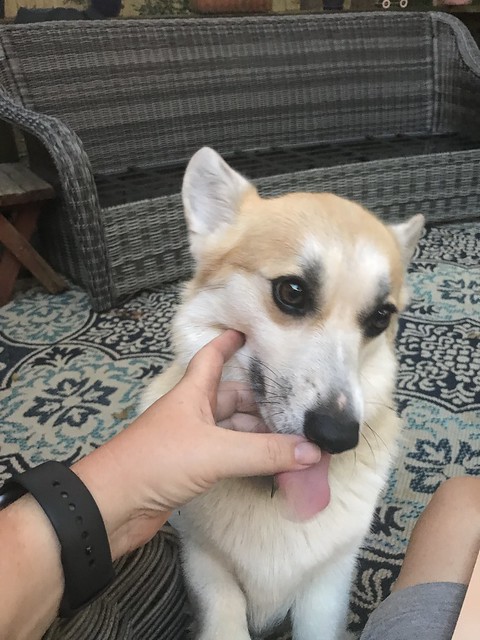 Alex often fills this cup up with Goldfish or something and eats in the playroom. Well, apparently he left it on the couch, which is a really low couch. She was easily able to get the cup. One day this last week, I heard a noise and I looked down the hall to the playroom where I saw her not eating Goldfish out of the cup. Instead she was chewing on the cup! 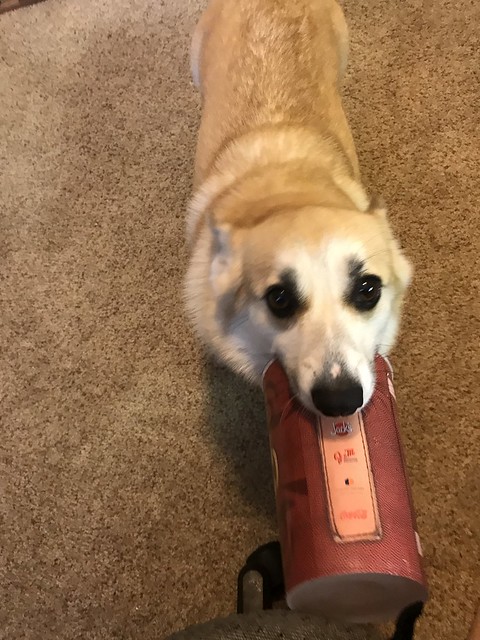 I didn’t post a pic of it, but I think I have some terrible Poison Ivy on my forearm. It is driving me insane. I’m ready for it to go away. I’ve also have bug bites all over. They are bright red and not like mosquito bites. I’m tried of being itchy everywhere!

Rob turned 45 this past week. We went to Kabuki for lunch and Big Mike’s for dinner. We got him a John Wesley bobblehead and after dinner we all gathered around the TV to watch an episode of AGT on the DVR. It was nice.

Yesterday we sold the Acura that we got from Rob’s dad back in 2010. It was a 1994 Acura Legend with 312,000+ miles on it! We sold it to a 19 yo, who’s Dad works on cars for a living. I am so happy to have that car gone. We hadn’t driven it since 2018 when Rob got a new to him car, but we kept it around for ‘extra’ car. We don’t need it anymore and glad to not have that on our insurance anymore or have to tag it in September.

Let’s see, we also got our Ford Ranger truck running yesterday. It’s been sitting for a couple years. We replaced the battery and she started right up! I got a lot of yard work done yesterday. Pretty productive day!

OTHER THOUGHTS
Had a lovely chat with my neighbor this evening. We got home from running some errand and she was out the yard working. They moved from Midwest, so we started chatting by talking about the differences. And you know how it goes one thing after another. I just love having neighbors to do this exact thing, stand out in the yard and chat. I’m so thankful! Answered prayers.