What a wEeK it has been! Ups and down and highs and lows! I know the last few weeks have looked similar with pics of Drew in different arenas and things. I’m not sure I’m encapsulating my weeks fully, but I’m going the best I can trying to keep up. 🙂 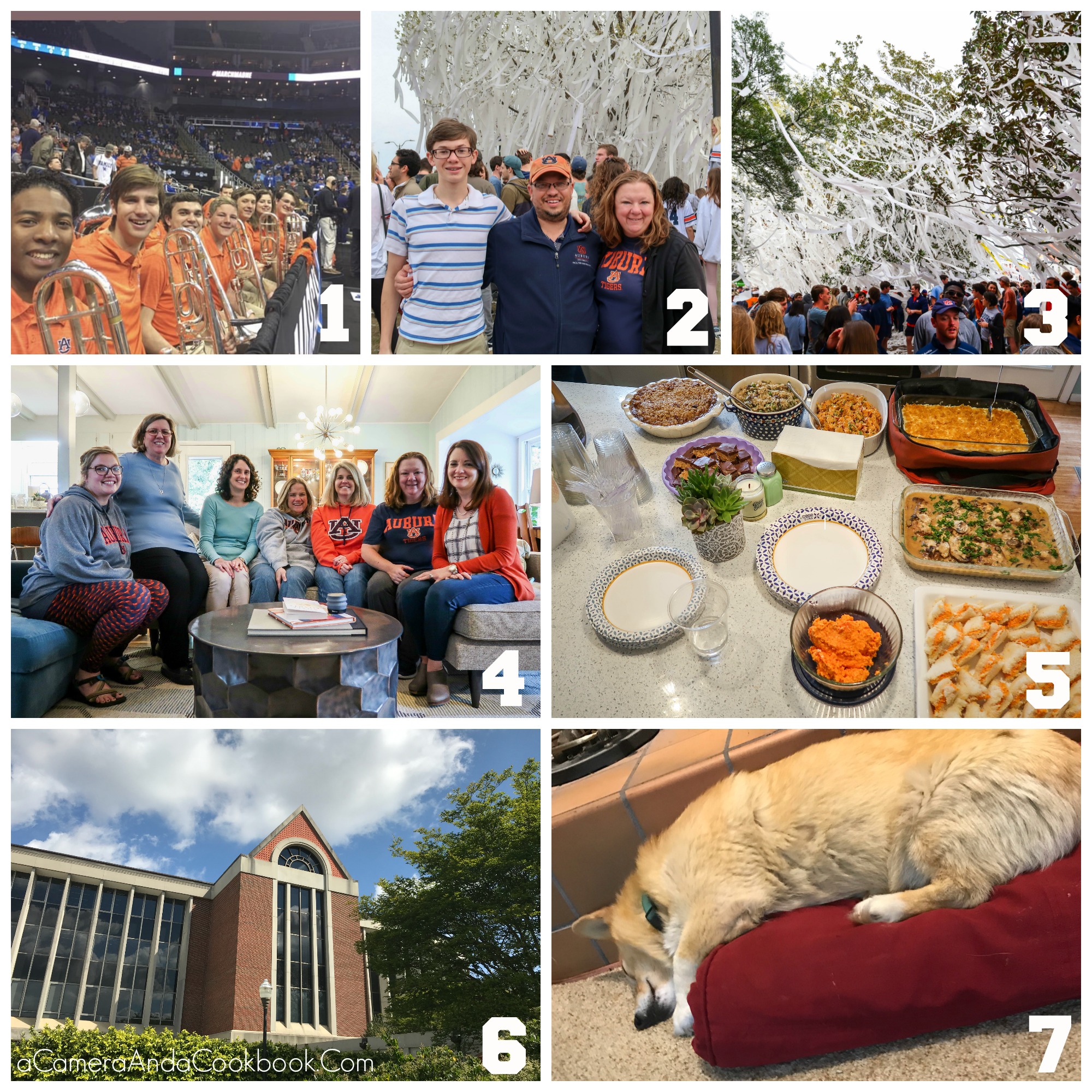 1: The week started off with another huge win for Auburn’s Men’s Basketball Team against Kentucky to send them to the final four. However, after that game Drew is finished with pep band for the season. Even though our team rallied in OT to beat Kentucky and got to go to the Final Four in Minneapolis, he didn’t get to go which allowed other’s from the other pep band to go. You probably heard about the heart breaking loss we had against University of Virginia. I’m still just sick about it. However, my other team Texas Tech did a number on Michigan State…So get your guns up! Game tomorrow.
2 & 3: Alex, Rob, and I hit the corner after the big win last Sunday and celebrated with the rest of the city at Toomer’s Corner.
4 & 5: My Cookbook Club has planned to meet at 4pm, but we postponed it by about 45 minutes so we could go roll Toomer’s Corner. As you can see we had a lovely time with lots of good food.
6: This is a picture of the library where I work. It was a gorgeous day and I don’t often get good shots of RBD.
7: Yesterday, Daisy was over us yelling at the TV after our basketball game. She was done as you can see.

GOINGS ON
–I think my pics pretty much sum up life lately, except for some of the nitty-gritty, which I don’t discuss here usually.

THOUGHTS
–With so much of our time spent watching and talking about AUBB the last month, it’s sad that we don’t get to see them play again tomorrow for the championship. However, like I said on FB last night, “…No one would have ever guessed we’d make it this far at the beginning of the season. It’s been fun. War Eagle!! ????” I am no doubt thankful to have been able to root them on and watch from home.